So far we have been skiing at Solitude seven times this season, plus two after-Christmas days at Beaver Mountain. Our President day ski trip was quite memorable. It was a bumper-to-bumper drive up Big Cottonwood Canyon. Apparently we were not the only ones excited to ski on two feet of fresh snow and under blue skies. When we finally arrived the Moonbeam lot was full and people were having to park out on the main road (the canyon was eventually closed to any more cars). They were allowing drop offs only. I drove into drop off Marie and the kids only to have one of the attendants motion us to a just opened parking spot just three short rows from the lodge. Sweet! We have never parked so close. It is nice to get lucky once in a while. Marie and Aunt Anna then spent the morning trying to find parking for Anna's car. Meanwhile. The rest of the Emmetts plus Aunt Diane (the curly red head above) and Uncle Lant (visiting from Boston) and cousin Emma (in helmet) (from Provo) enjoyed some wonderful skiing. 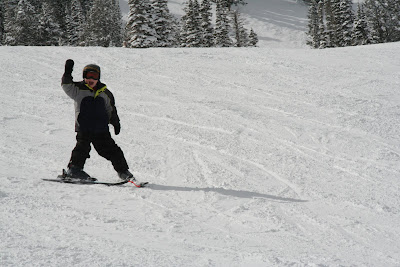 Many of our earlier ski trips this year were snowy days. One day it was very icy caused by unusual January rains the day before. A few of the other days were very windy. This day was none of those. It was perfect. 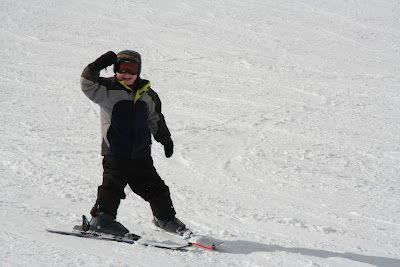 A few weeks ago I convinced Will to try skiing without his edgy wedgy that holds his tips together. He could do it, but it wore his legs out, so after a few runs we put it back on. He is much happier skiing with the additional help. He tells me when he is seven he will take it off. 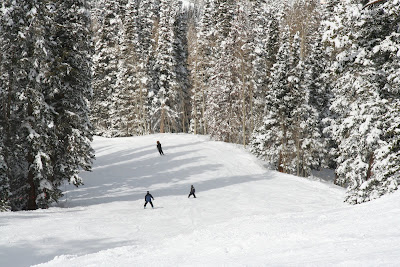 Joel and Will following Aunt Diane. 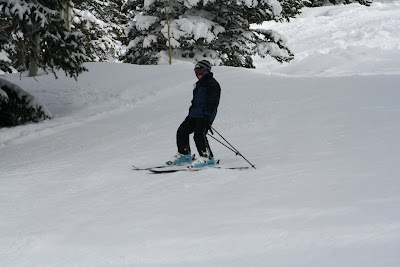 With each ski day Joel has gained confidence. Here he is contemplating leaving the packed run for some of the powder. 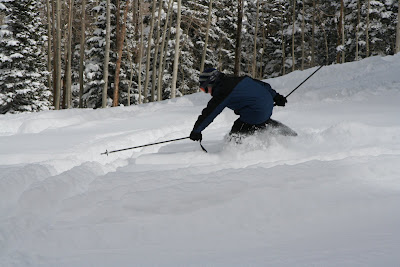 He is now in the process of learning that going from hard packed to deep powder tends to stop the skis while the skier maintains his forward momentum. 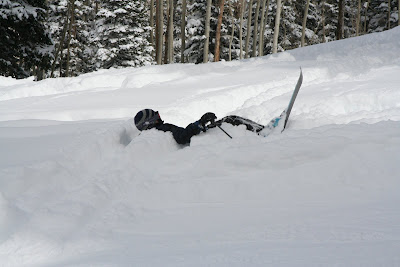 This results in a soft fall into fresh powder. Fun! 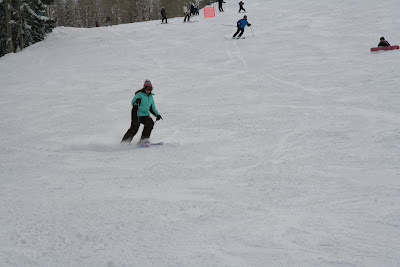 Sarah did her best to keep up with cousin Emma. 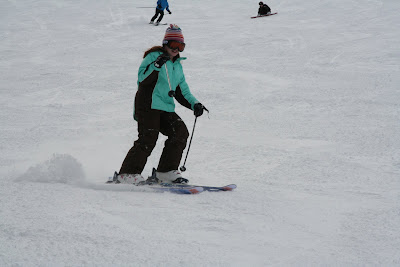 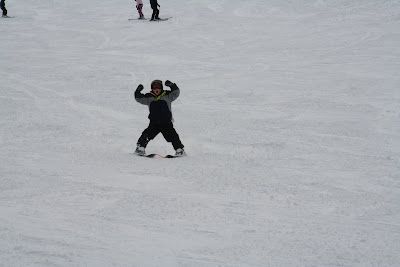 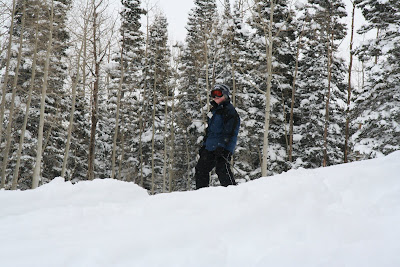 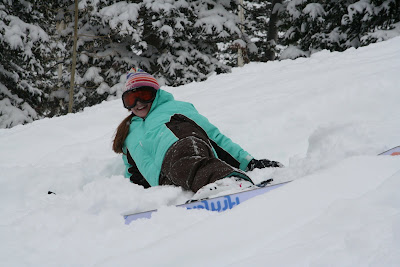 The run after Joel's powder fall, Sarah and Will wanted to give it a try too. 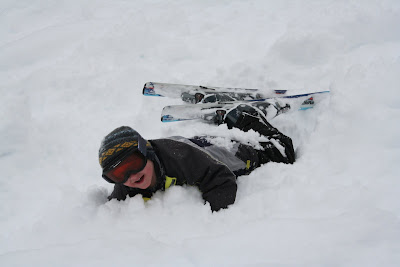 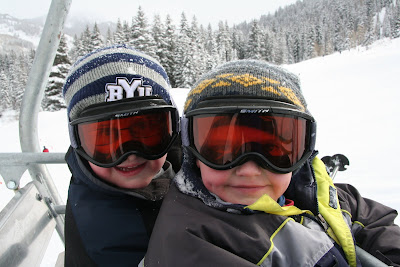 Riding up the lift with dad. 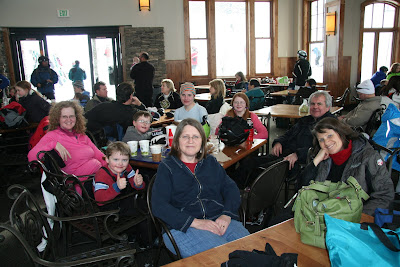 Relaxing after a great day.
Posted by chad at 4:04 PM