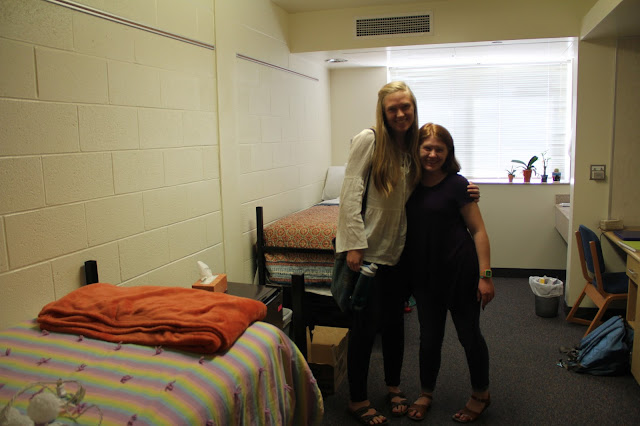 Today Sarah checked into May Hall--easternmost of Helaman Halls. She is rooming with her cousin Lucie and there are several Springville High friends up and down her third floor hallway. 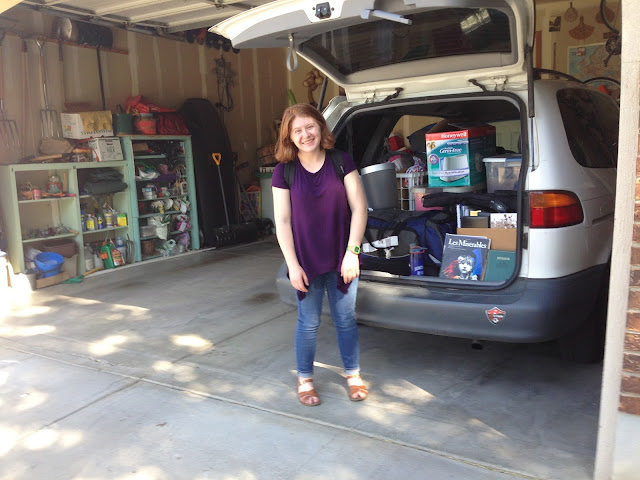 Lucie traveled thousands of miles from Tanzania while for Sarah it was an eight mile drive. 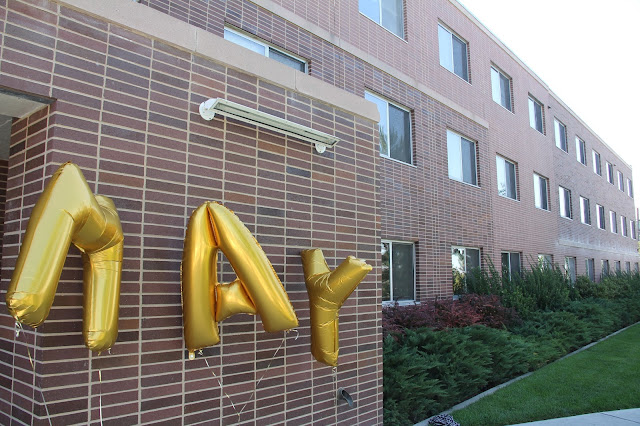 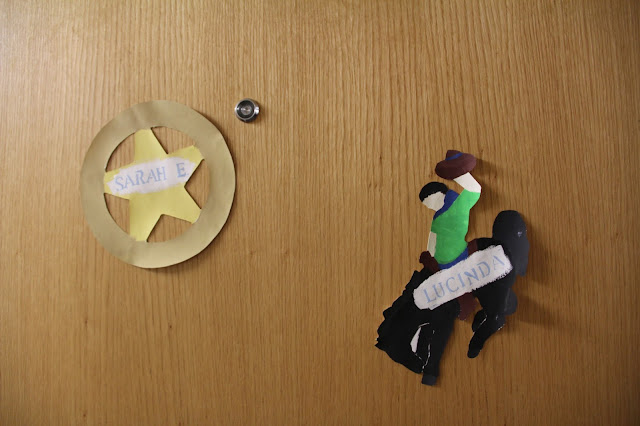 The door tags on the south half of the third floor were oddly cowboy and alien themed, much preferred by Sarah were the northern tags which were Victorian literary themed. 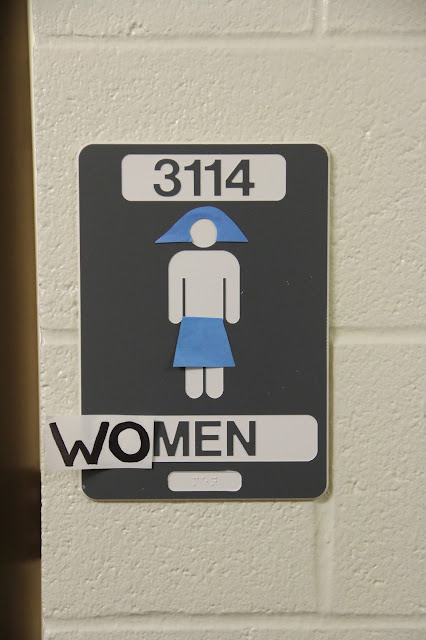 May Hall must have once been for men.

The head resident of May Hall recognized me when I went to borrow a rubber mallet to raise Sarah's bed. On a whim she took my SE Asia class ten years ago. Later she got called to Thailand on a mission and was glad she had taken the class. She told me she still remembered looking up and seeing me holding a fussy baby while its mother was taking the final exam. As I bounced the baby she thought, "only at BYU." It's nice to know that there is already a connection between Sarah and the head resident. 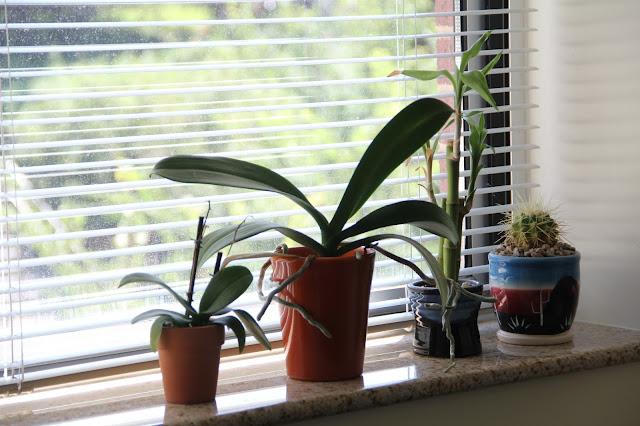 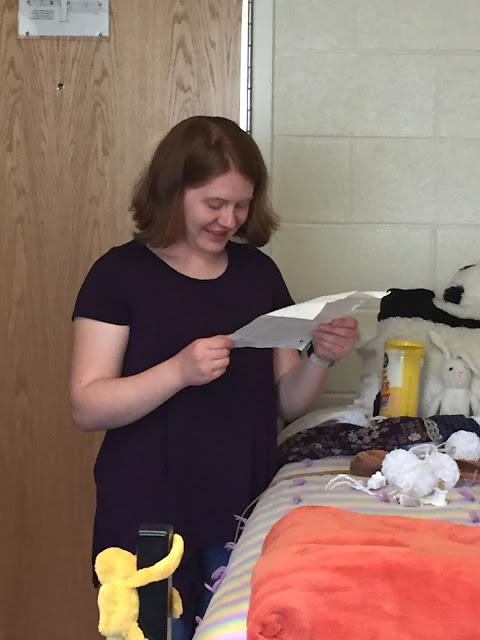 While unpacking Sarah found a note from Joel that made her smile. 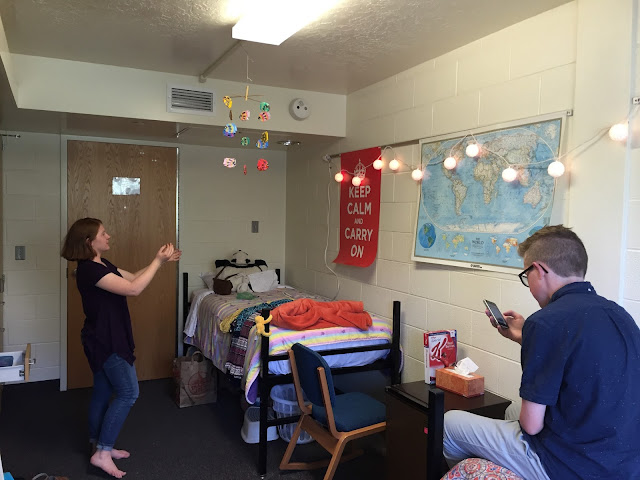 After school I took Joel (en route to the orthodontist) by to see Sarah's in-the-process-of-decorating room (the only day boys are allowed). 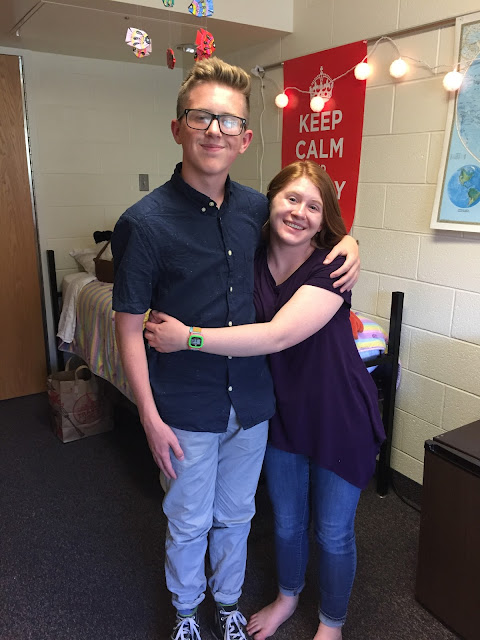 Joel is now exactly as tall as his dad. 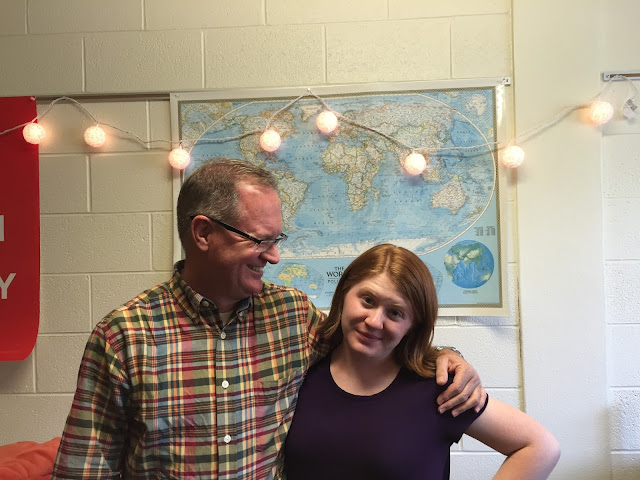 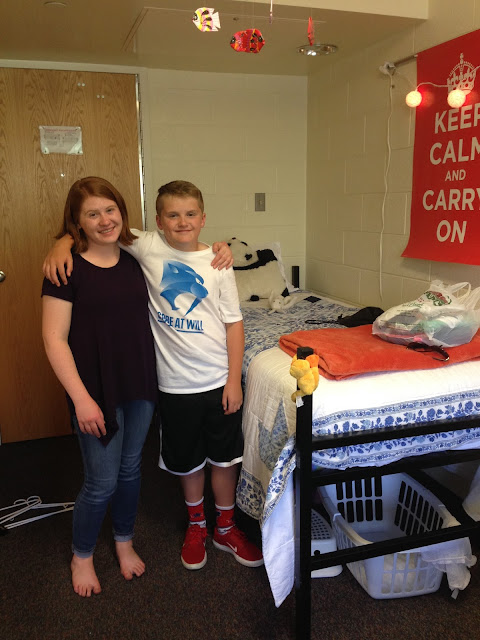 Later Marie took Will by for a visit. These boys are sure going to miss their big sister. 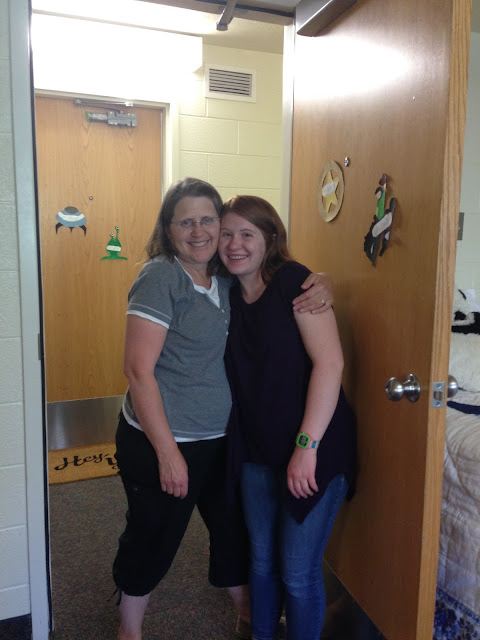 So are the parents. 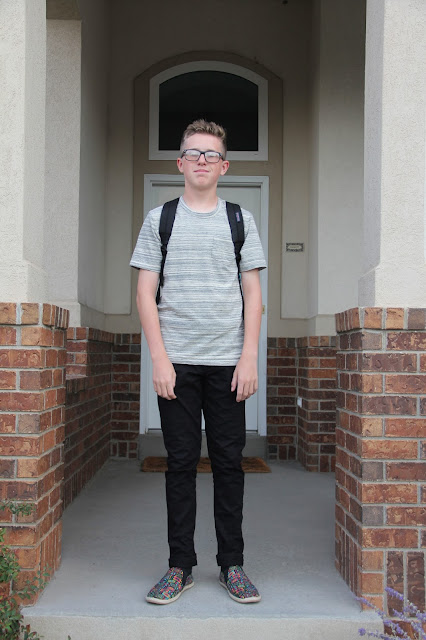 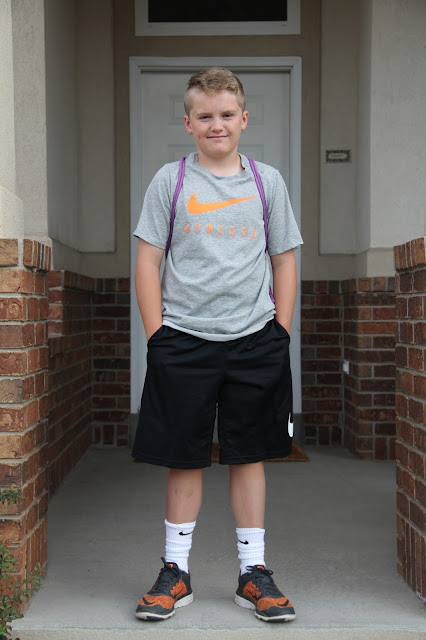 Will ready for sixth grade.
Posted by chad at 7:34 PM