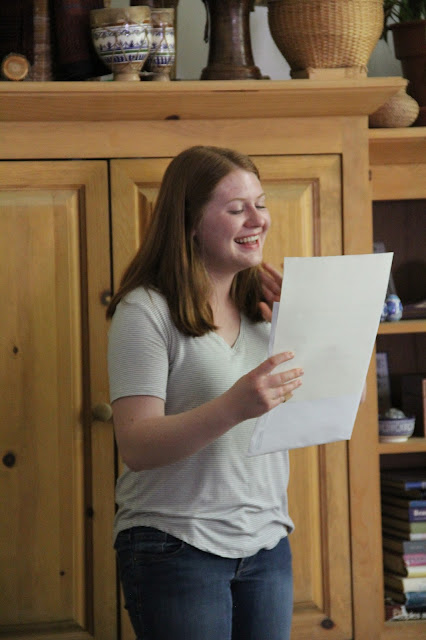 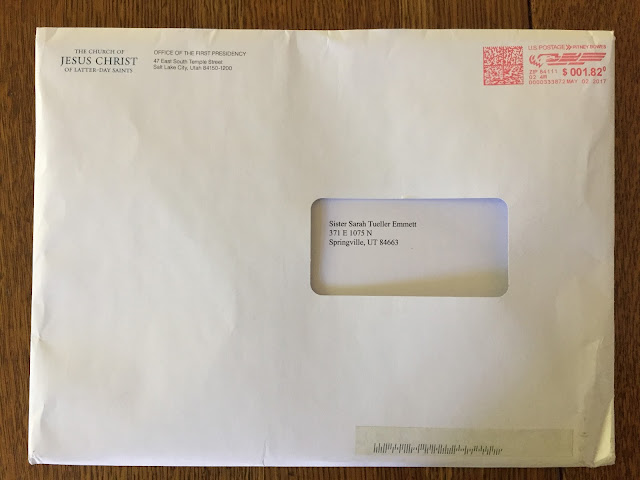 This big envelope came in the mail today. Sarah was waiting for it. Her mission application papers were submitted two weeks ago and on Monday her BYU ward bishop texted her to inform her that a mission call had been issued. Based on the timing of other calls, Sarah knew the envelope would most likely come on Thursday or Friday. 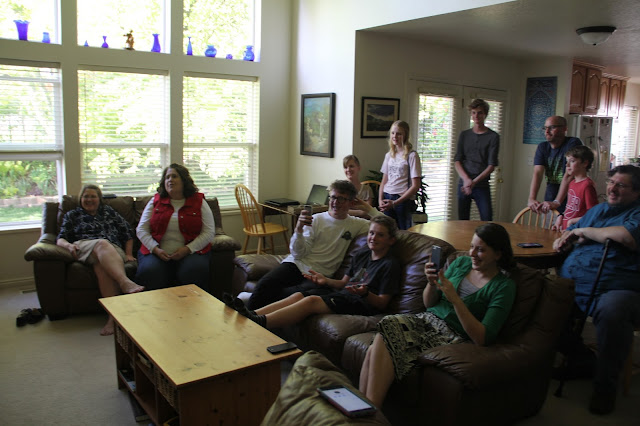 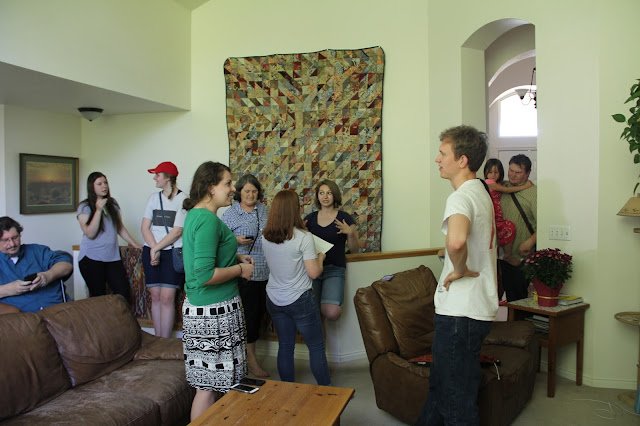 A few friends and family gathered to watch Sarah open her call. This is a fairly recent ritual. Back in my day (1970s) missionaries most often would tear into their call when it arrived in the mail box with no thought or interest of hosting a formal gathering of extended family and friends. 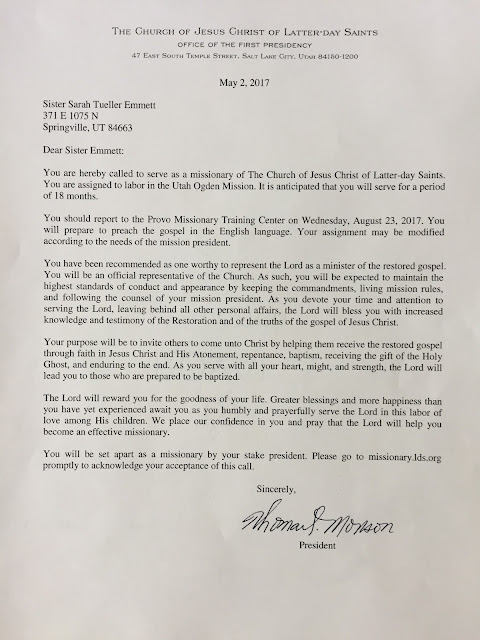 With everyone anxiously watching Sarah happily read:  "You are hereby called to be a missionary for The Church of Jesus Christ of Latter-day Saints. You are assigned to labor in the Utah Ogden Mission." Signed by Thomas S. Monson, President of the Church. Her 18 month service will begin on August 23rd. 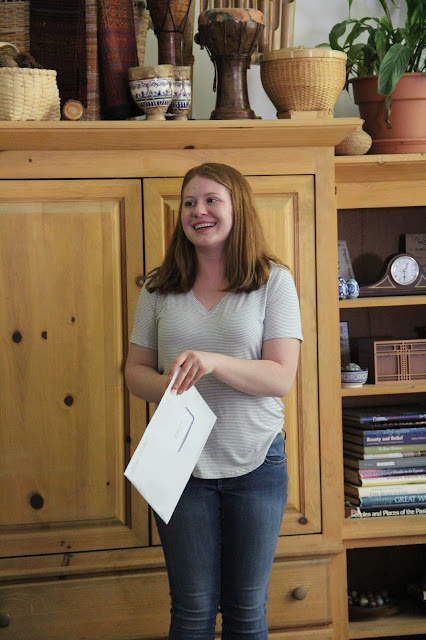 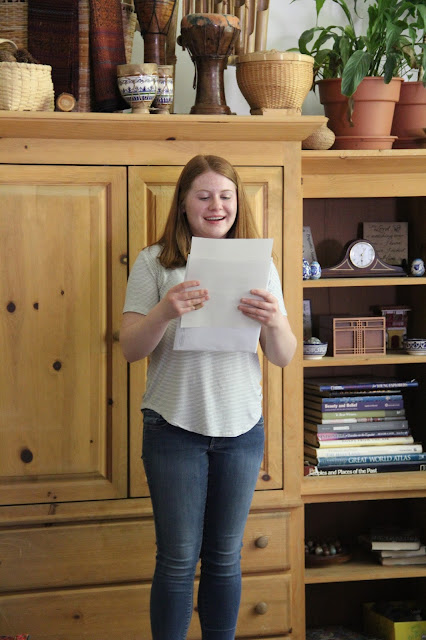 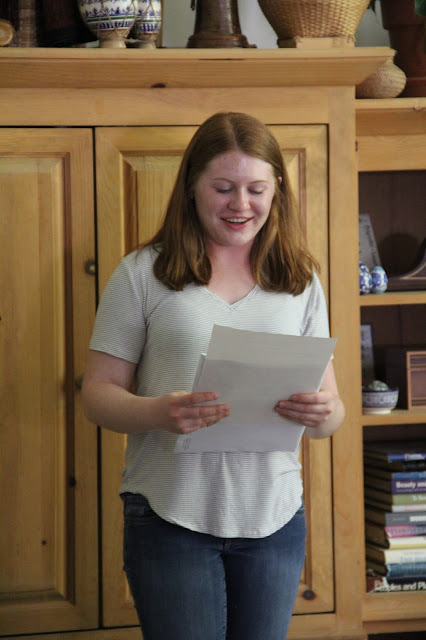 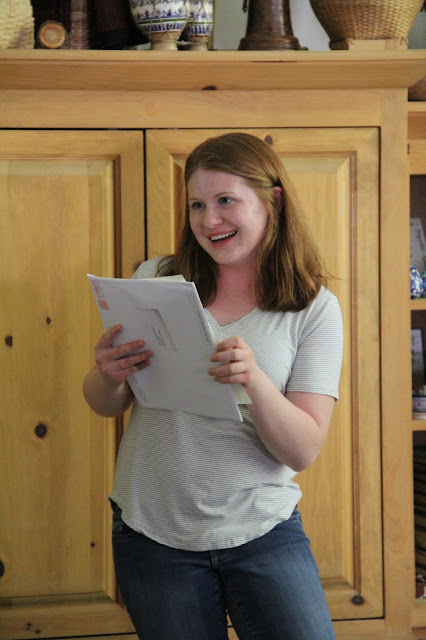 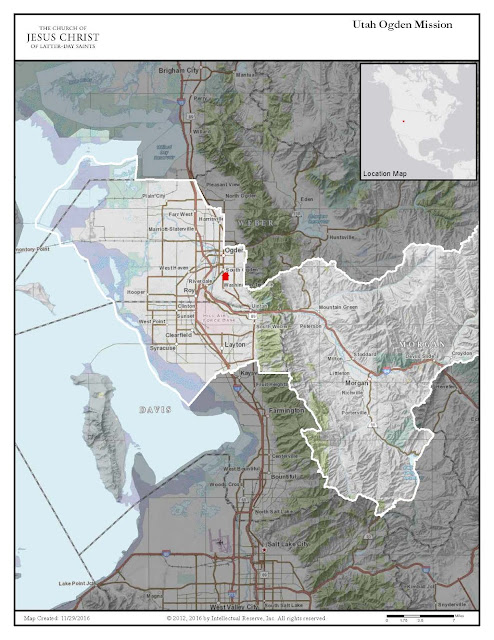 The Ogden Mission is small. It includes parts of Weber and Morgan counties. Years ago it also included my hometown of Logan.

Being called to serve in Ogden was definitely a surprise. Missionaries from Utah are usually called to serve out of state or out of country. When Sarah was diagnosed with metastatic paraganglioma two years ago, one of her first questions was whether or not she would be able to serve a mission. Her doctor at Huntsman Cancer Institute said it was very likely, but given the need of thrice annual PET scans and doctor consults to monitor the growth of her tumors, she would need to remain in the United States. Dr. Wright submitted a letter as part of Sarah's application noting that she was perfectly fine serving a mission (she jogs daily, has a job and other than high blood pressure has no obvious symptoms), but that it would be best to serve in major urban centers like Boston, New York, Philadelphia, Washington DC or Seattle, all of which include a major cancer center that understands her rare disease. All posed exciting possibilities for Sarah. Marie liked the idea of Boston or Seattle then one of her coastal sisters could maybe get permission to go with Sarah to her scans and doctor's appointments. Now that Sarah is called to Ogden it will be interesting to see if her parents will be permitted to continue to go with her to Huntsman or maybe the mission president's wife will be our surrogate.

While not called to a Spanish speaking mission, we are certain Sarah will get to use her language skills (she took second year Spanish this year at BYU) with the many Hispanics in the Ogden area. In sixth grade when Sarah was studying Arabic at the Anglican International School of Jerusalem she often joked that maybe she would be called to be one of the first sisters to serve in the still not yet formed Palestine, Bethlehem mission. Unfortunately, most of that Arabic has since faded, but if she gets to help with Syrian refugees I'm sure some of it will come back

Sarah has a great aunt and uncle (Ben and Elaine Tueller) who live in Ogden, plus there are cousins on both sides of the family who live in the area. 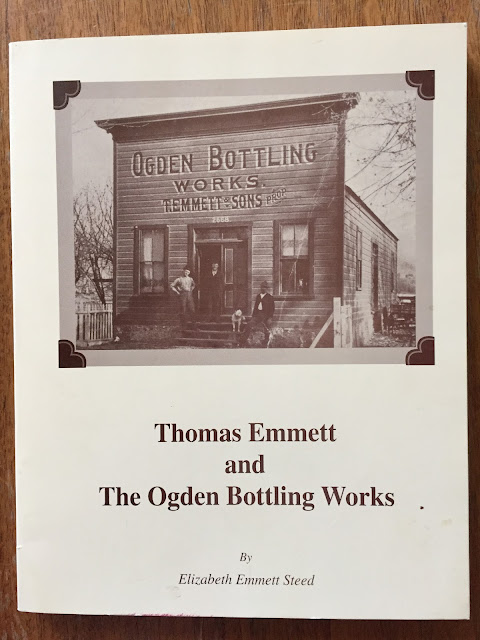 A more distant family tie to the city comes from her great-great-great grandparents (Thomas and Nancy Hitchon Emmett) who were converted by early LDS missionaries in England (read about our visit to their home villages here: http://beitemmett.blogspot.com/2015/05/liverpool-to-scotland.html ) and then emigrated to Ogden where Thomas established the city's first bottling establishment that sold "soda water, ginger ale, sarsaparilla, ciders and aerated waters." These Ogden pioneers are buried in the Ogden Cemetery. Thomas Emmett's sister Ann married Jonathan Browning, who is known for inventing an impressive line of Browning guns. Un-gun Sarah can certainly use that tidbit of information to connect with the gun toters she meets along the way.

I sure am proud of Sarah for her desire to serve and for her willingness to go where called. She will be an amazing missionary. And who knows maybe we will run into her when we are in the area for the boys' soccer games and stop for a sarsaparilla afterwards. 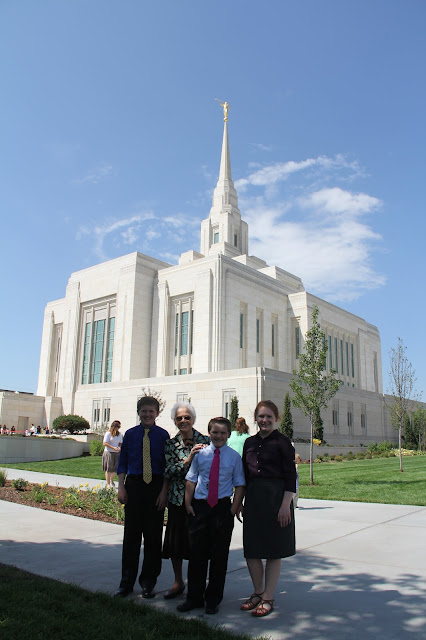 Sarah with her grandma Emmett at the newly refurbished Ogden Utah Temple. August 2014. 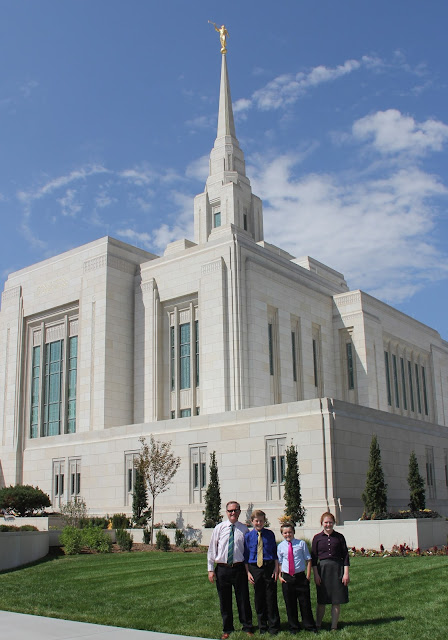