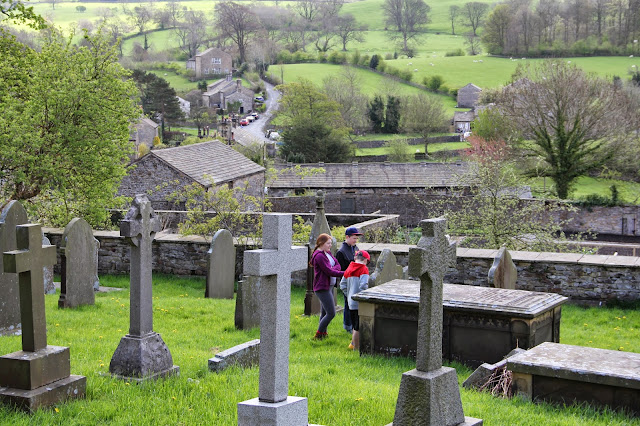 Downham England, 2015. Home village of Thomas Emmett. He eloped with Nancy Hitchon (because her father did  not approve of her conversion to the LDS Church nor her marrying a Mormon) from the neighboring village of Chatburn (see more here: http://beitemmett.blogspot.com/2015/05/liverpool-to-scotland.html). They sailed from Liverpool across the Atlantic and then up the Mississippi to St Louis where they lived for several years to save up money to buy a wagon and supplies for the trek across the plains. In St. .Louis Thomas worked in a bottling plant. When Thomas and Nancy arrived in Salt Lake, Brigham Young told the newly arrived immigrants from England that they could choose to either settle in Tooele or Ogden. They chose Ogden.

Today we visited the graves of the first four generations of Emmetts to live in Utah.

The nine living children of Thomas and Nancy. Nancy gave birth to 13 children--four of which died in childhood. 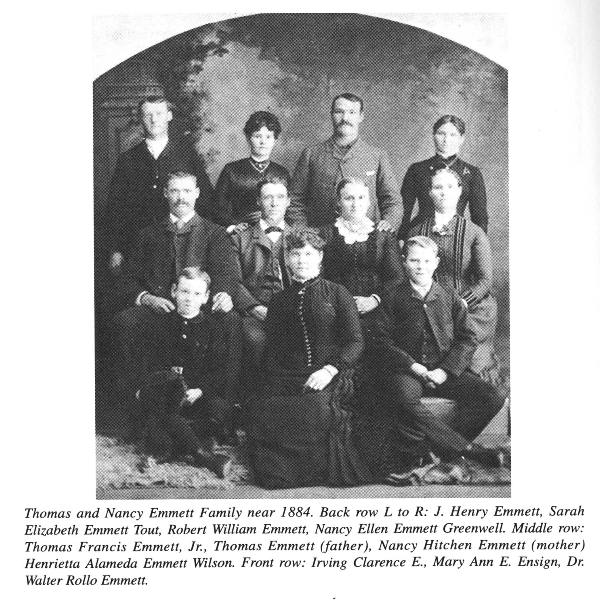 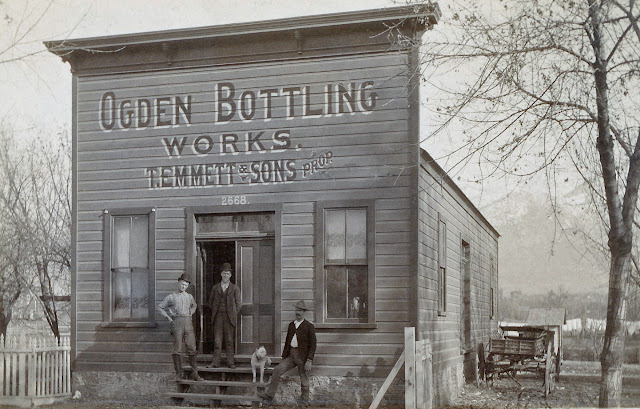 After a decade of farming and ranching, Thomas decided to open the first bottling plant west of the Mississippi. He sent to St. Louis for second hand machinery from the plant he had worked in. 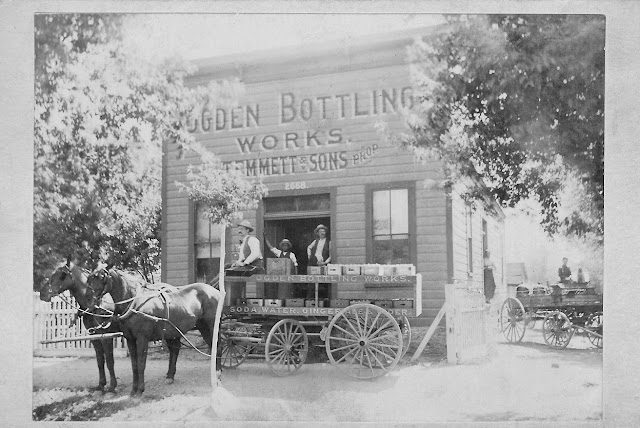 Interesting to note the black boy in the doorway. 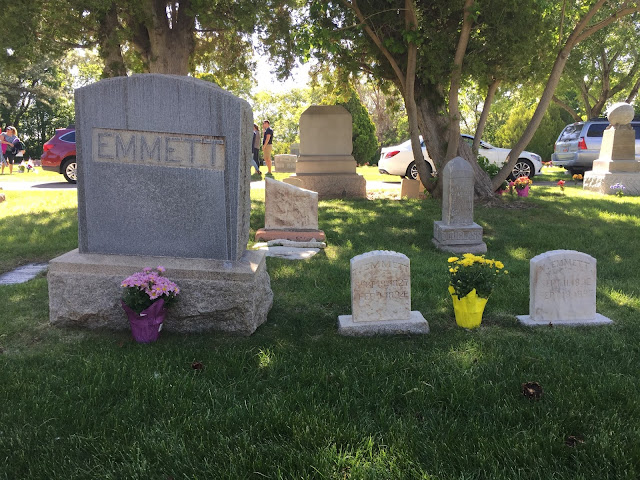 First time visit today to the graves of Thomas and Nancy in the Ogden Cemetery. They are buried between first and second avenue in the center of the block. 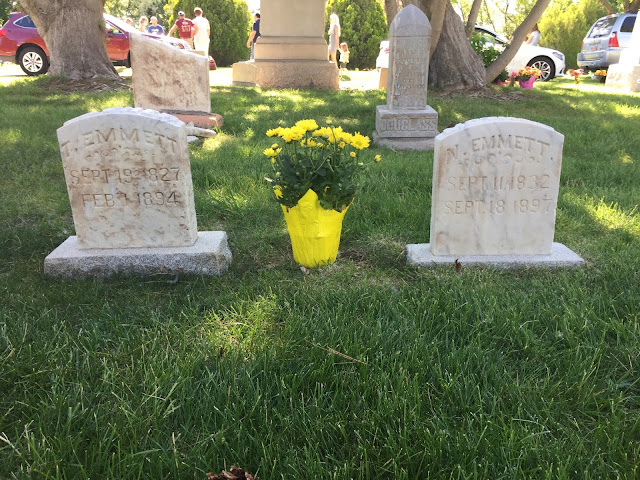 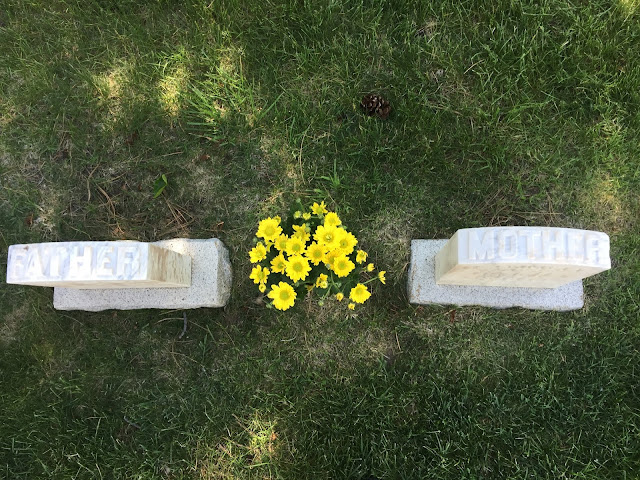 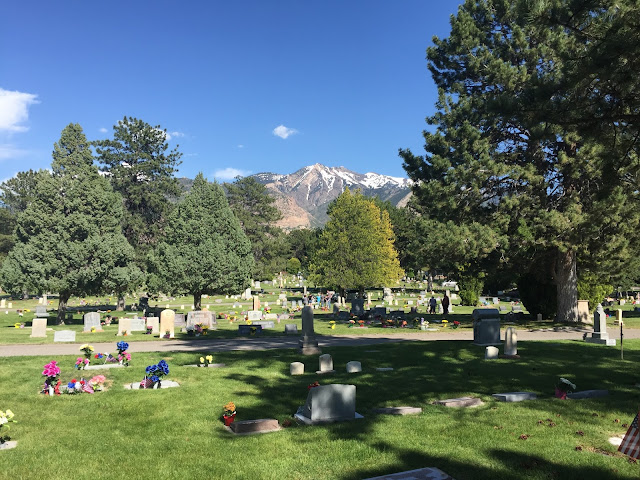 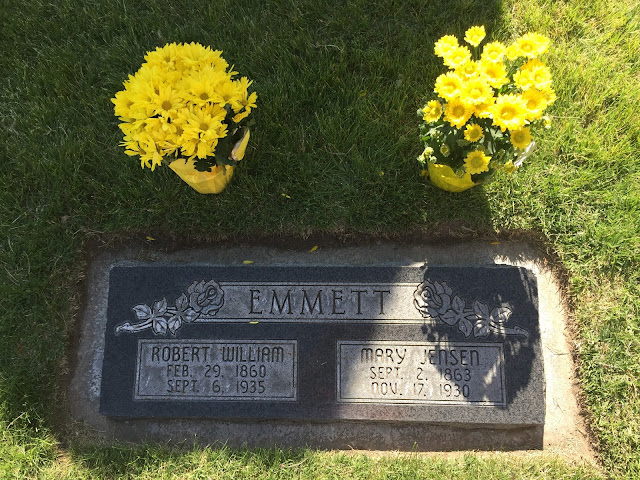 Robert William Emmett (fifth child) was born in Ogden. He married Mary Jensen who was born in Denmark and emigrated to Ogden. Their graves are between 11th and 12th avenue near south street. 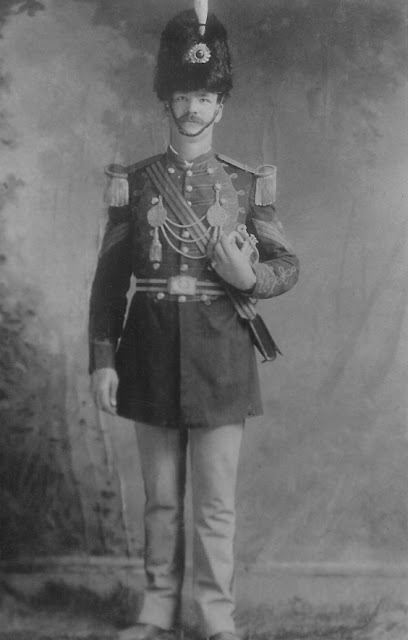 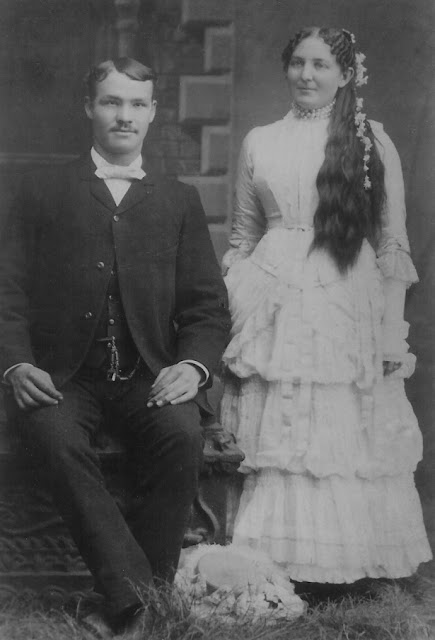 Robert and Mary. They had nine children--three died in infancy. Henry Roland Emmett was their fourth child. 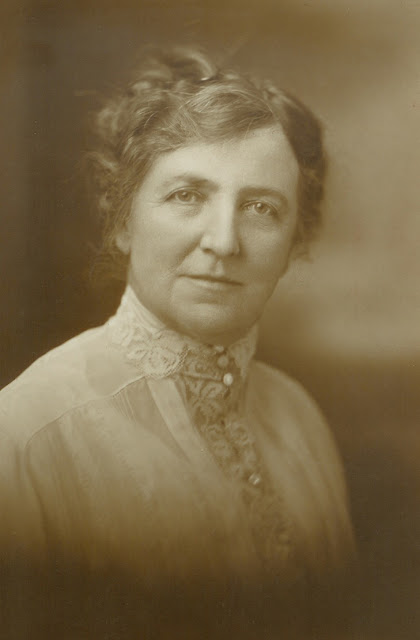 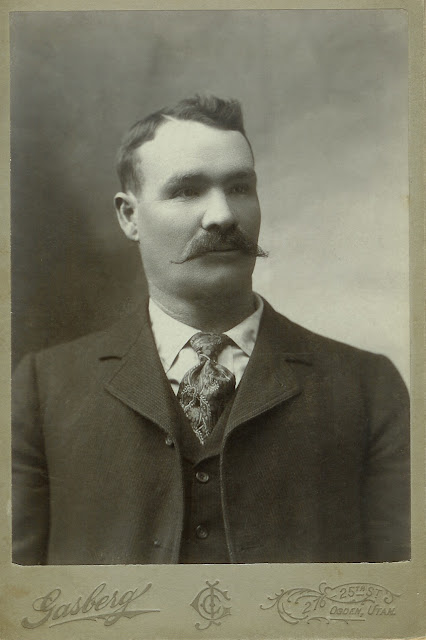 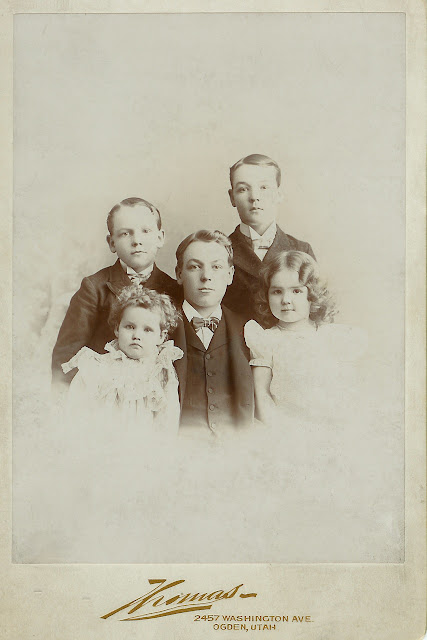 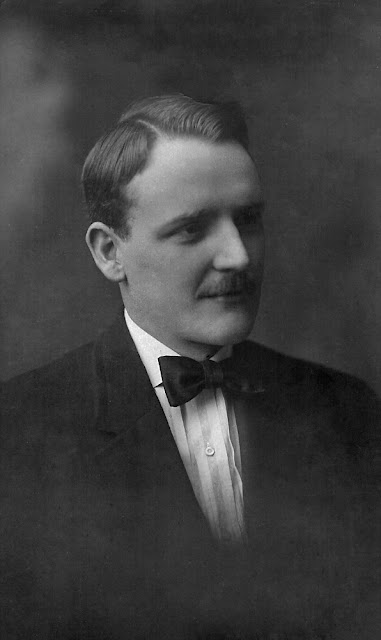 Roland Emmett as a missionary in Sapporo Japan, September 1912. 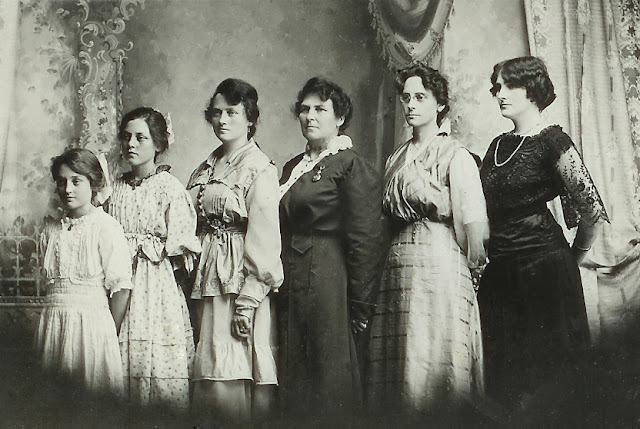 Harriet Dudley (third from left) and her four sisters with their mother Dorthy Wallace Dudley . 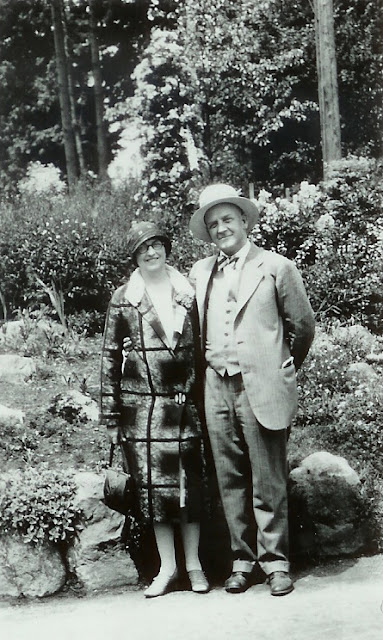 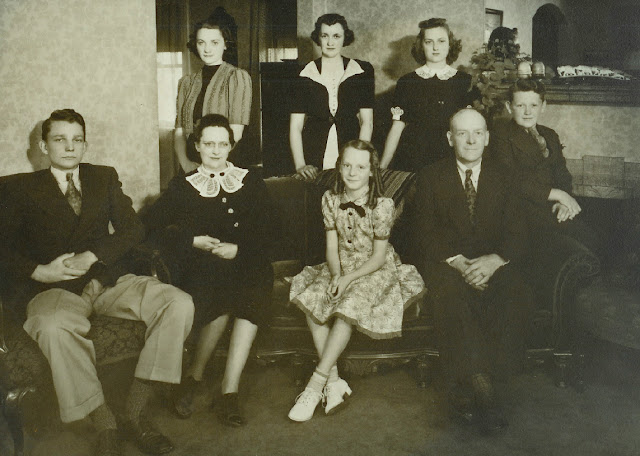 Harriet and Roland and their six children, 1940. Fifth child John sits on the far right. 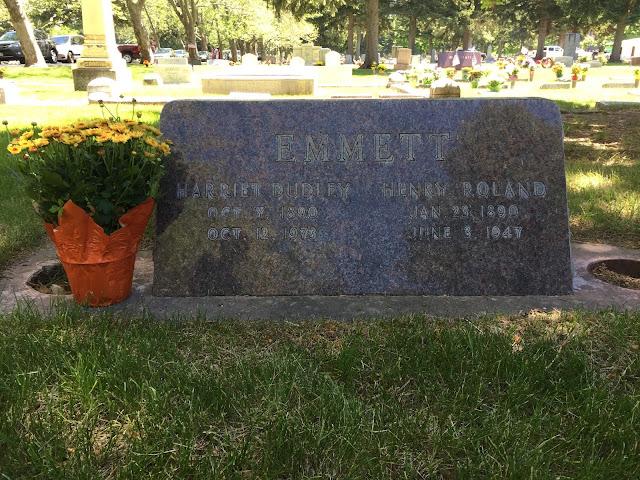 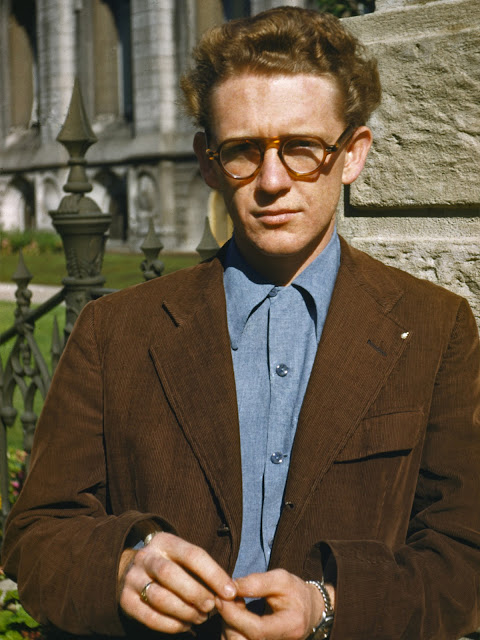 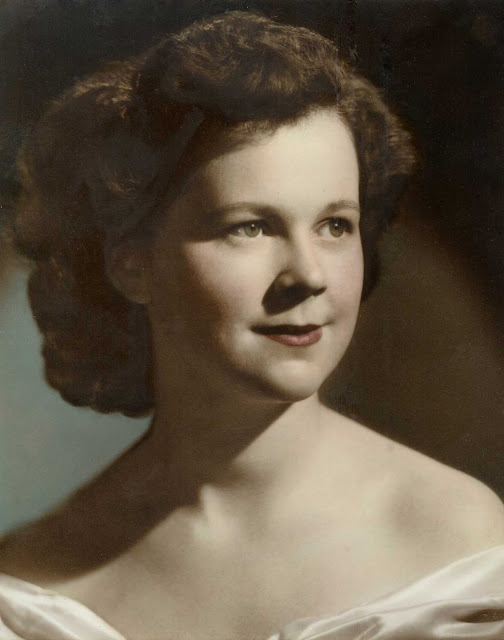 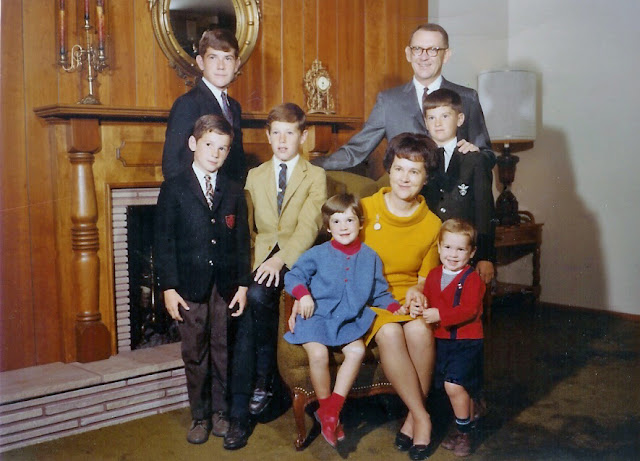 John and Norda Emmett and their six children: William Roland, Robert Fife, Chad Fife, John Dudley, Mary, and Thomas Dudley. 1966. I figure the fact that I am the only one of the six children to not have a first name that comes from ancestors must mean I was adopted :) 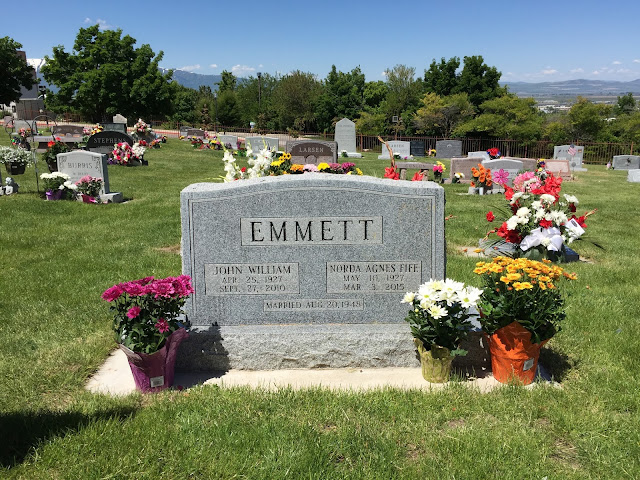 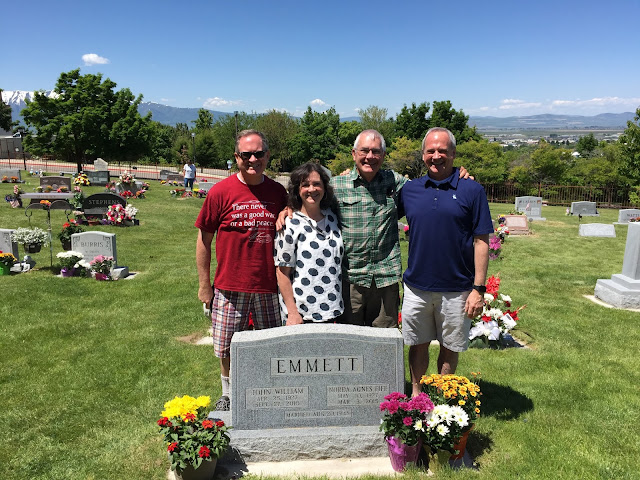 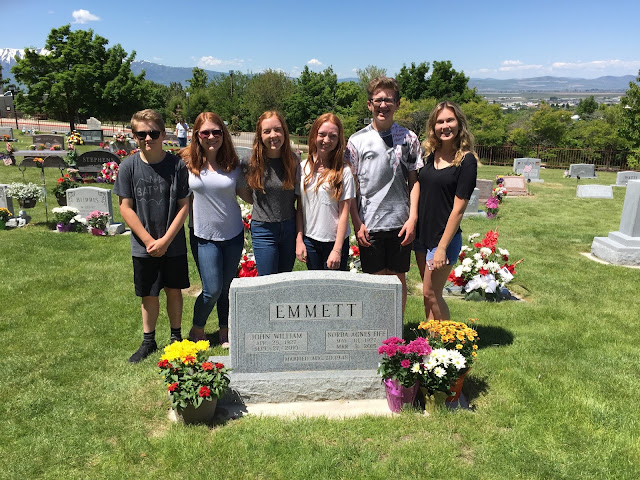 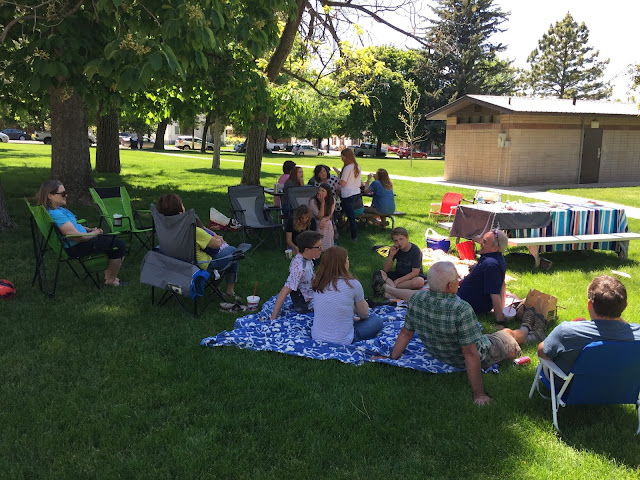 Parts of generations 5, 6 and 7 (sorry I didn't get a better photo of generation 7) from the John and Norda gathering today at Adams Park in Logan. 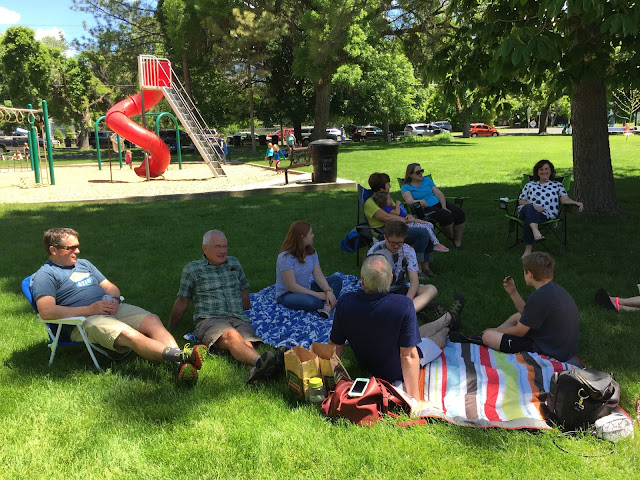 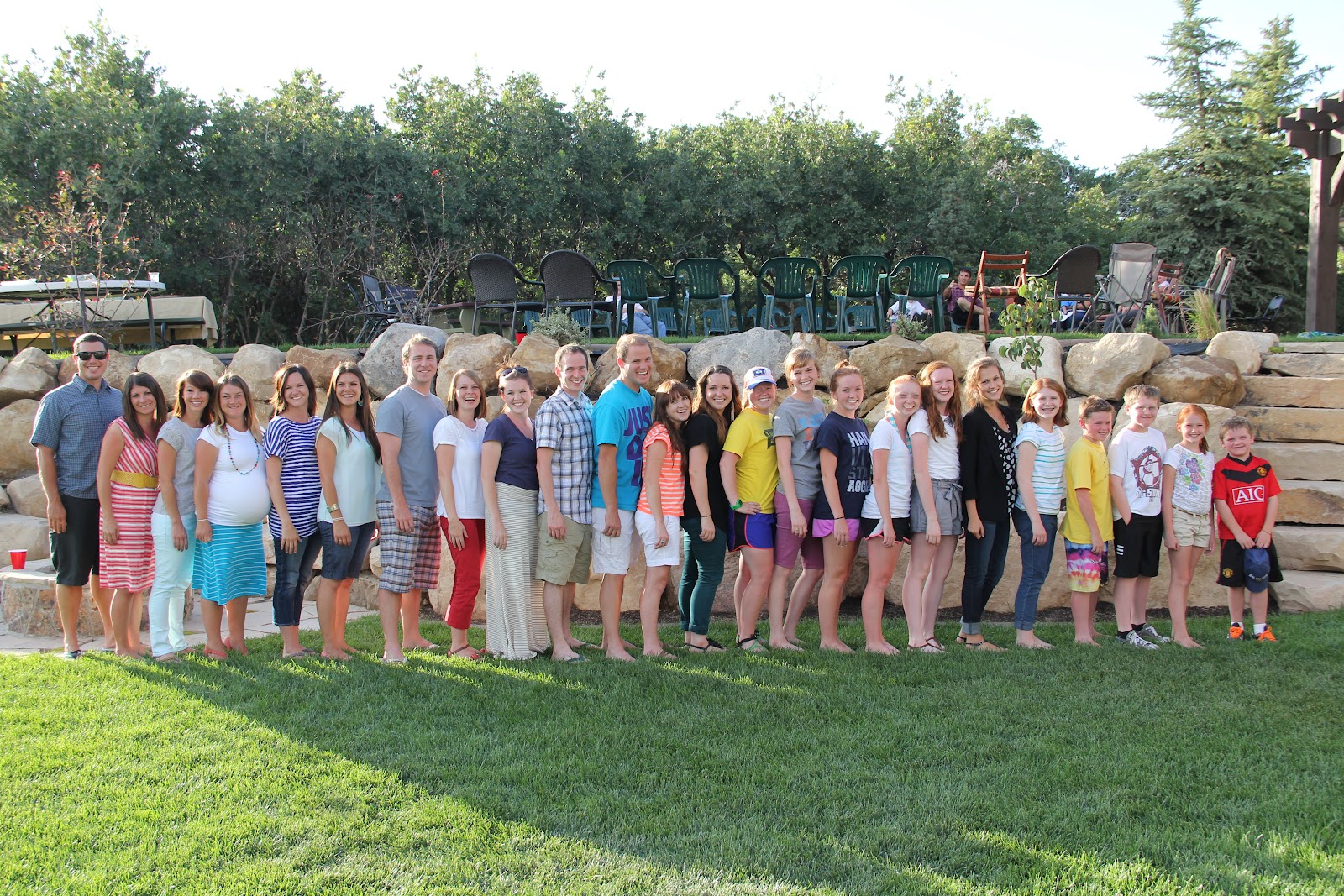 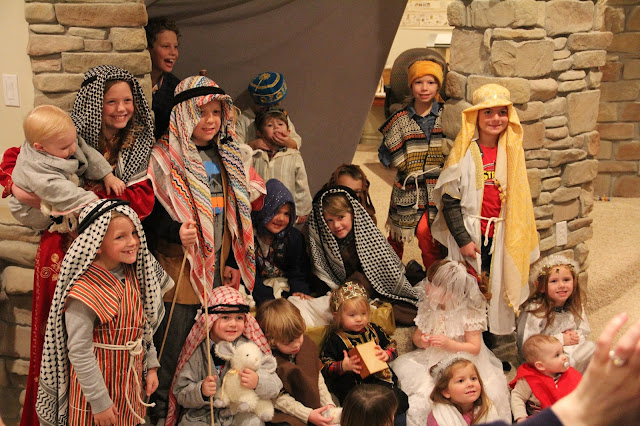 The John and Norda share of the John and Nancy Hitchon Emmett generation seven. 2016
Posted by chad at 10:09 PM