Today was the Springville track meet for all of the sixth graders in the city. Will bested his last year's performance (see it here: http://beitemmett.blogspot.com/2016/04/good-will-running.html) with a first place in the 800 (twice around the track, 20 boys in two heats), third place in the 200 (he won his heat) and fifth place in the 100--he won first in his first heat of about eight heats, first in the semi final heat and then fifth in the finals. 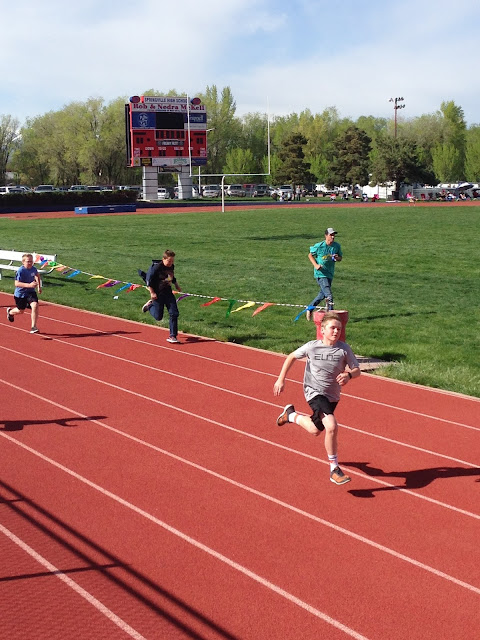 First heat of the 100 (photo courtesy of Marie Emmett) 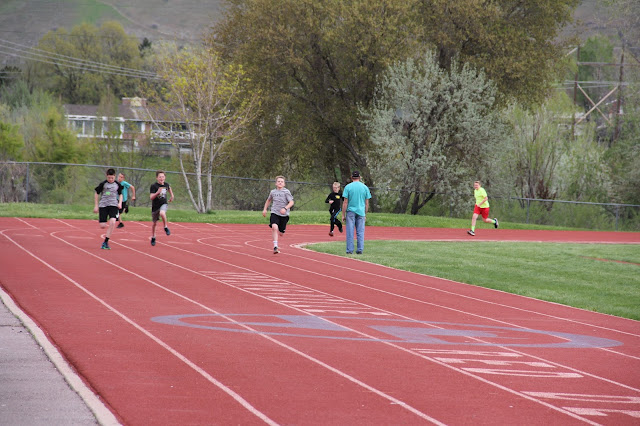 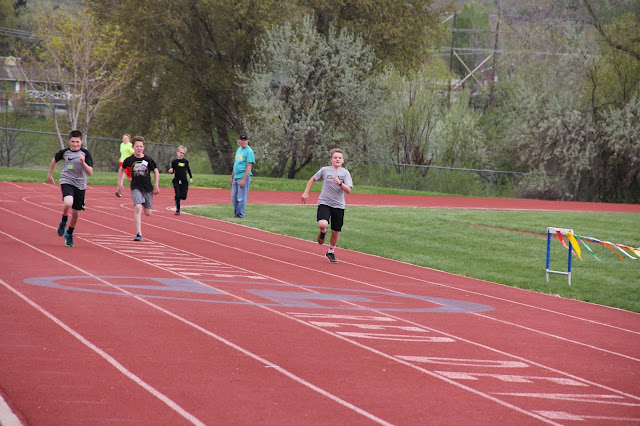 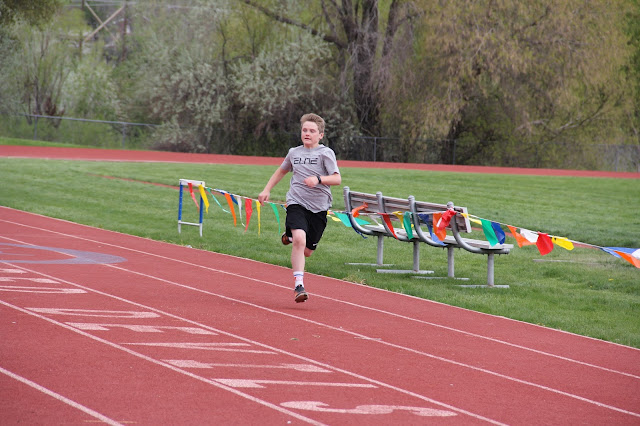 Final stretch of the 200 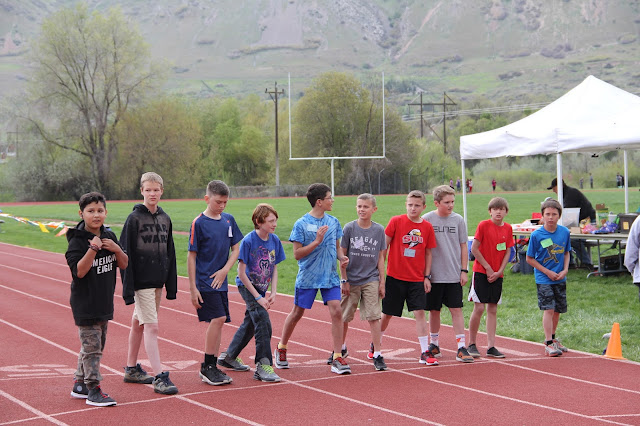 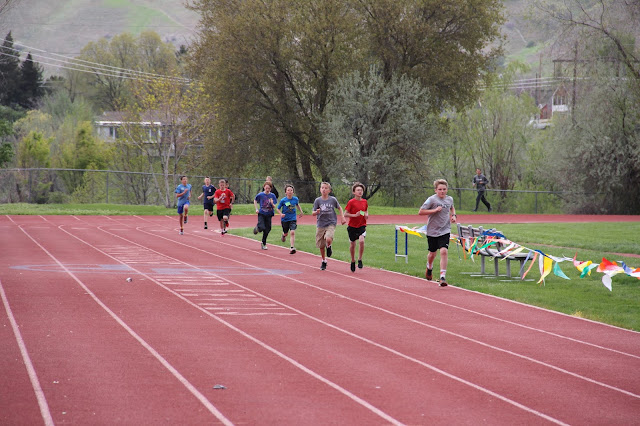 Pulling ahead in the first lap. 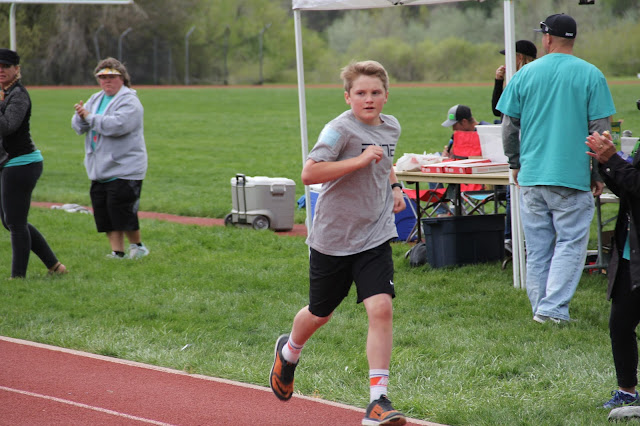 Final stretch of the 800--watch it here:
https://www.youtube.com/watch?v=WwYpjVI9kC0&feature=youtu.be 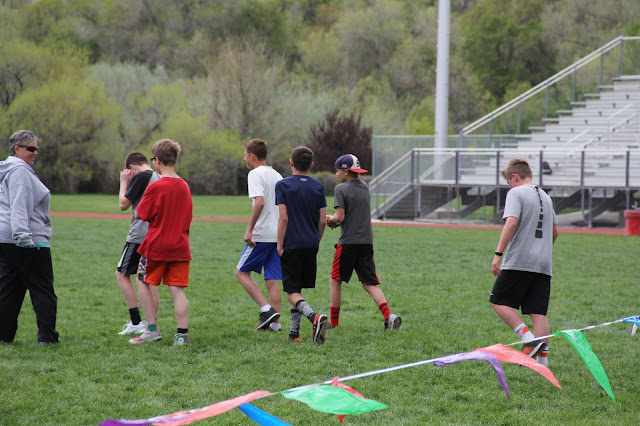 Turning around after winning the 800 to walk over (with a slight limp) and line up for the 100 final.


100 final. Cramps set in about half way through. 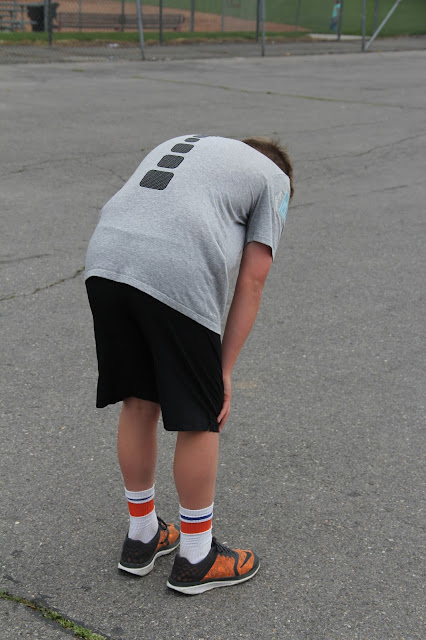 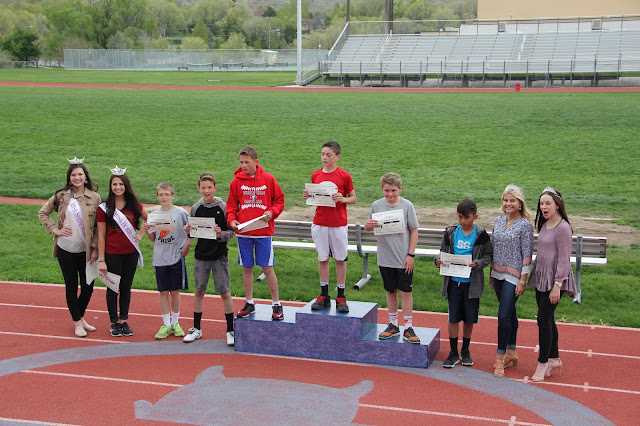 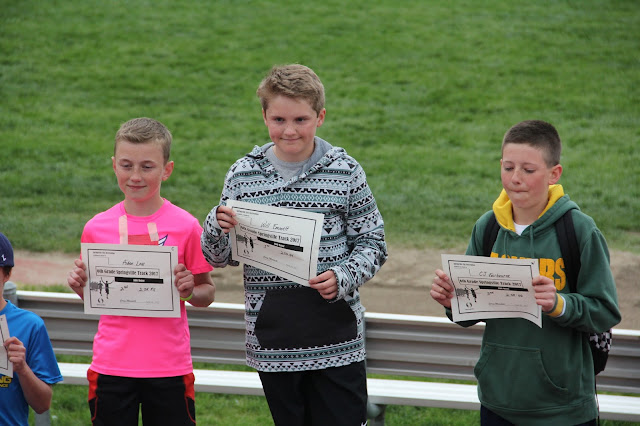 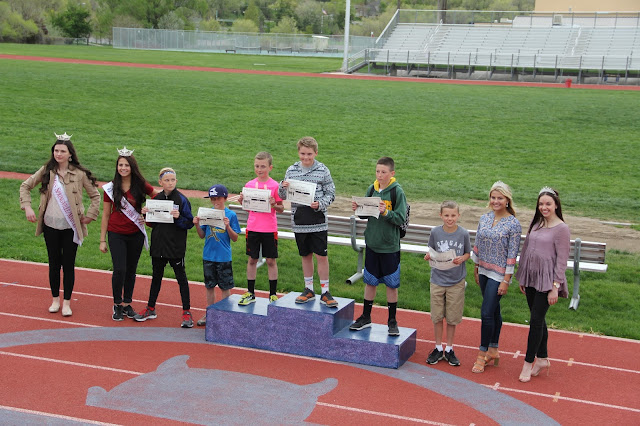 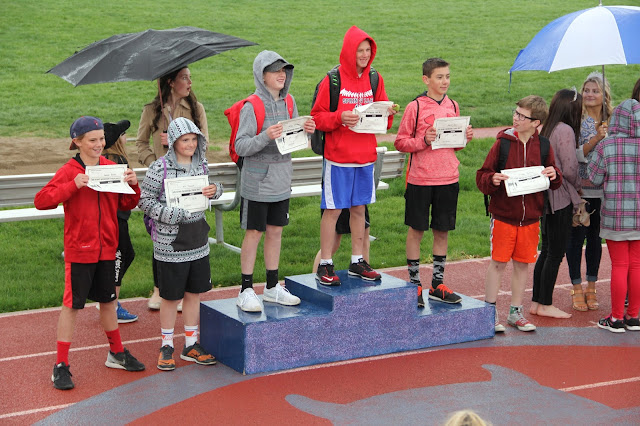 100 (Will beat the third place finisher in the semifinal heat) 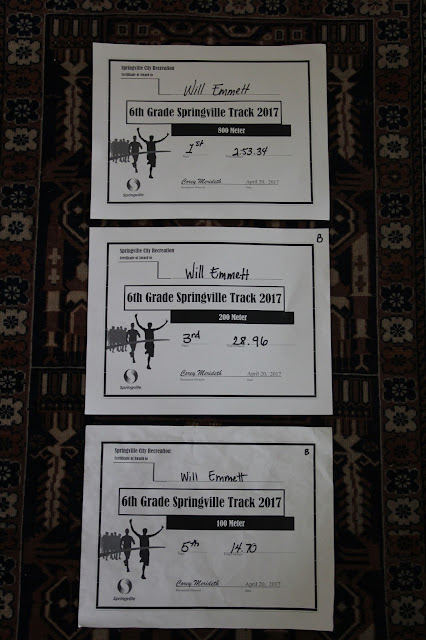