Today Will gave the other fifth graders in Springville (coming from all six elementary schools) a run for their money. It was the annual Springville Track meet (formerly known as Hershey's Track and Field Meet (a candy company promoting good health!?)) which was held at the Springville High School Red Devil track. Yesterday's rains moved the event to today--which was delightfully not too hot and not too sunny. Just right. In between events I graded final exams--final grades must be submitted by noon tomorrow. Each student was encouraged to compete in a maximum of three events. Will chose to complete in the softball throw (instead of the standing jump) and the 200 and 800 meter runs (instead of the 100 or 400 races). The softball throw was a bust (he takes after his dad in that event).

For the 800 (twice around the track), Will started out fast and only slowed a little on the second lap. He took first in his heat with a time (2 minutes 52 seconds) that was good enough to win First Place among the 24 boys who raced in the two heats. Sarah slipped out of the high school to come and watch while sitting on the cement steps on the far side of the track.

Watch Will run here (he is in the fluorescent yellow shirt always in the lead): https://www.youtube.com/watch?v=6ZDWJrWGpYs

After some rest, water and Chex Muddy Buddies, Will ran the 200. He took first in his heat which was good enough for second place out of the 50 some odd boys who ran in the eight or so heats. (30.52 seconds)  First place went to Will's soccer teammate Christian, third place to his soccer teammate Mccae and fifth place went to his long time friend Trevin. 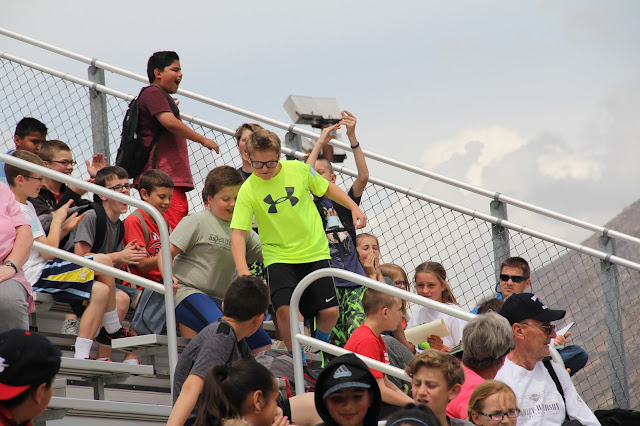 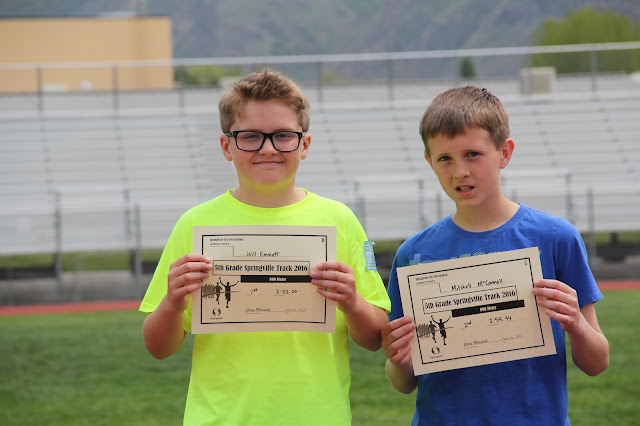 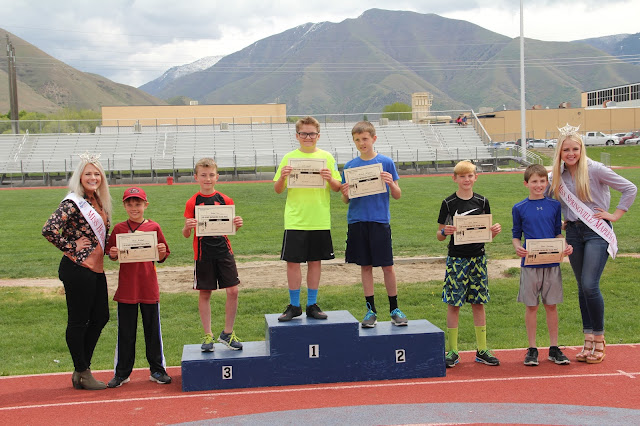 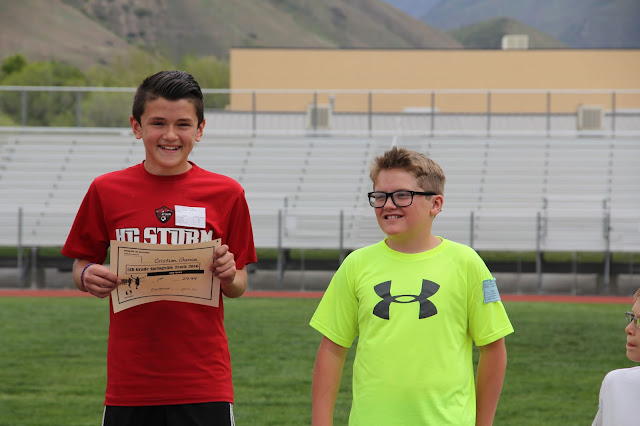 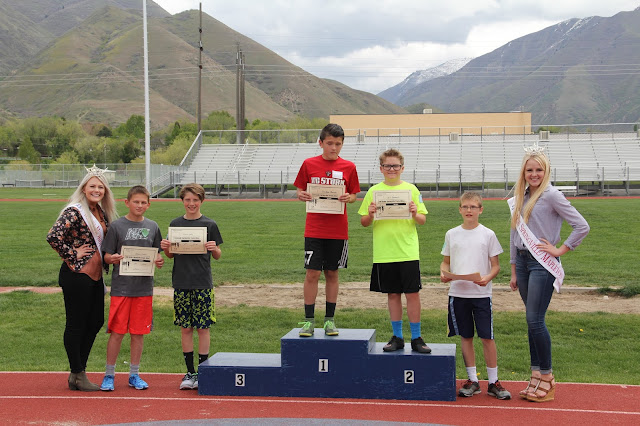