at the footBall Ballet 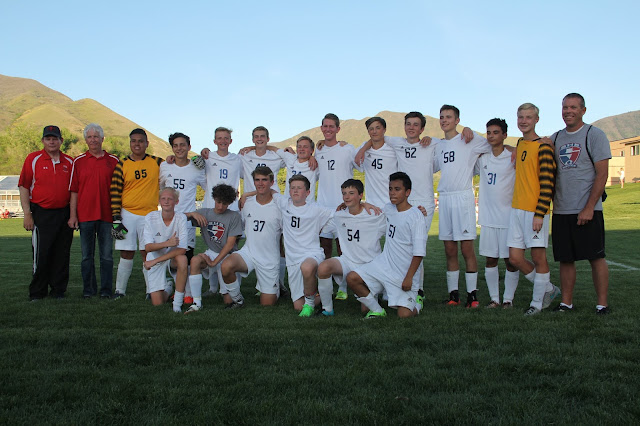 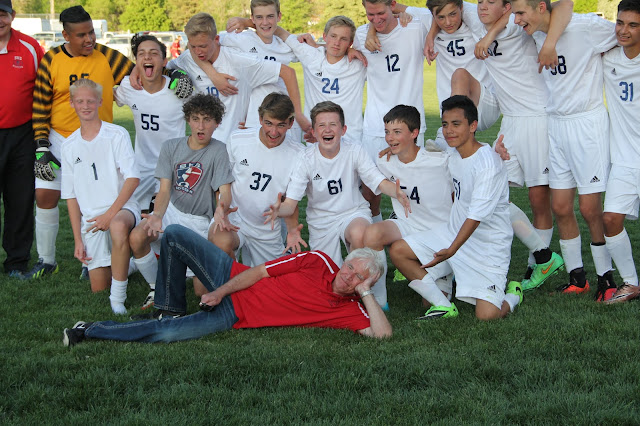 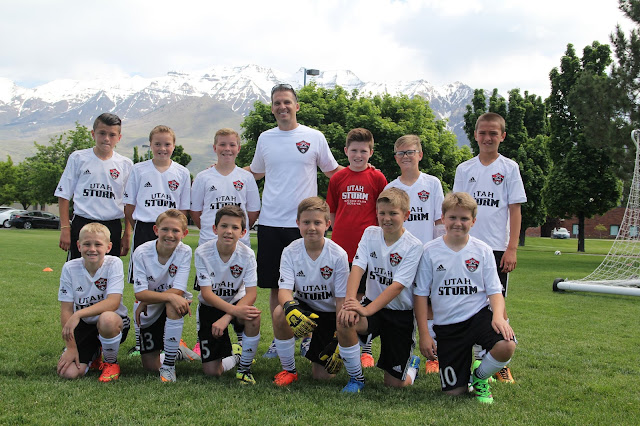 It is the end of the Football (soccer) season. Joel played as a freshman on Springville High School's Red Devil JV Soccer team: 3 wins, 2 ties and the rest losses. Joel scored one goal. Will finished up his fourth year with his Utah Storm club soccer team coached by Jim Henderson. Their final game is next Saturday.

At tryouts in a few weeks both Will and Joel will have to tryout for new teams due to an age restructuring of all club soccer team in the US. They have both been the oldest on their teams which correspond to school grades, but beginning in the fall they will have to move to teams based on year of birth meaning they will be the youngest on the teams (October and December birthdays) and they will be playing mostly with players from the next year up and with new coaches. Will in particular is very sad to be leaving most of his team and his excellent coach.

Many of the first games of the spring season were rainy and cold so I skipped photo taking. What follows are some of my more recent photos that often have an uncanny resemblance to ballet moves. 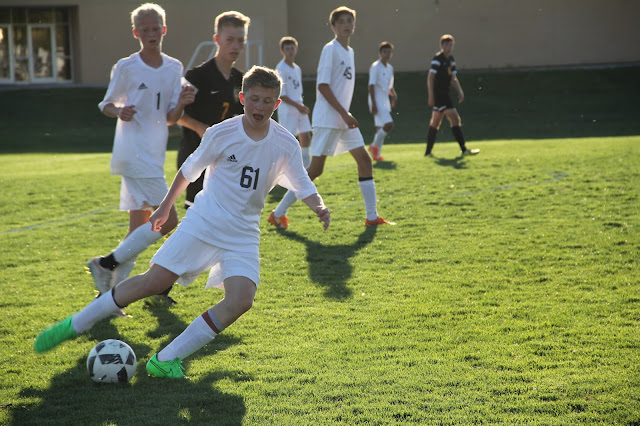 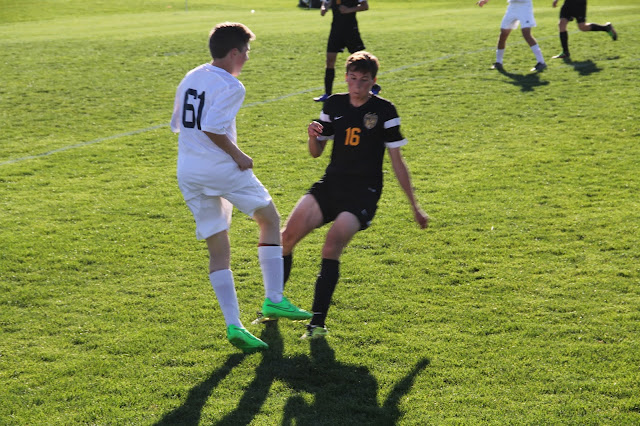 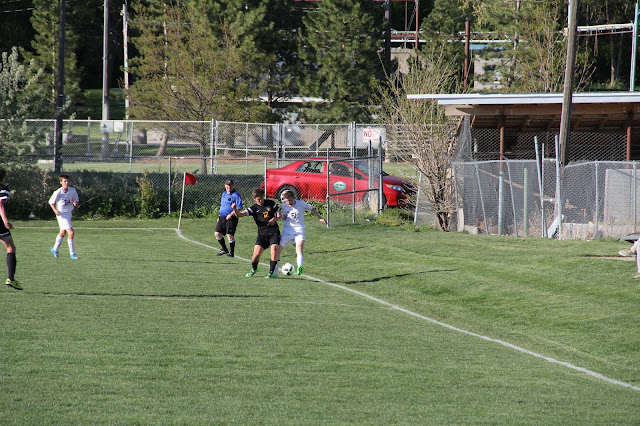 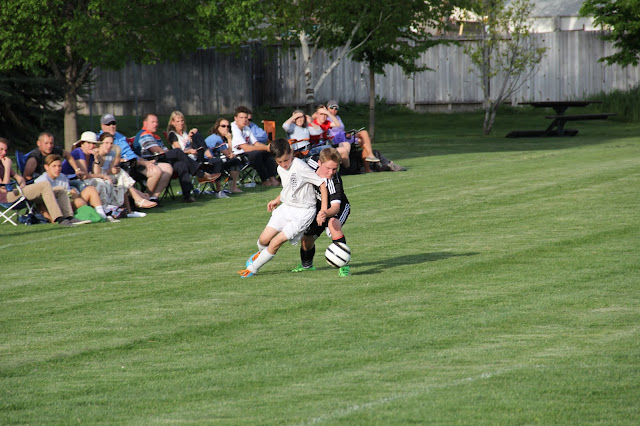 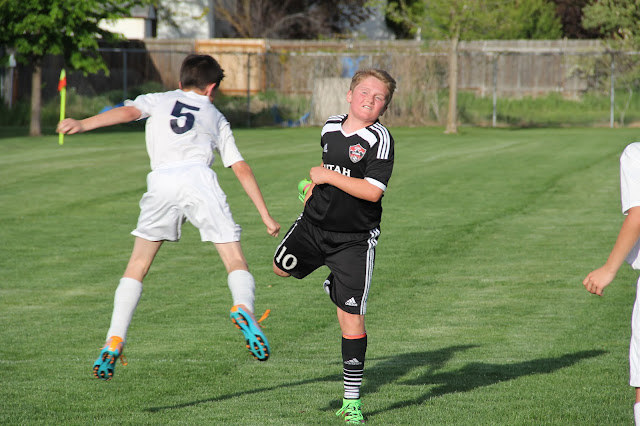 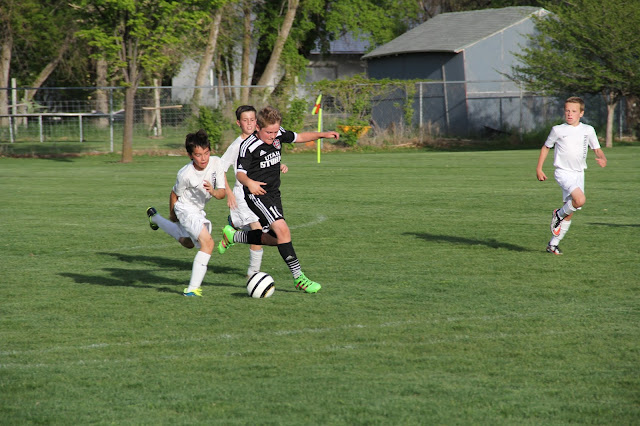 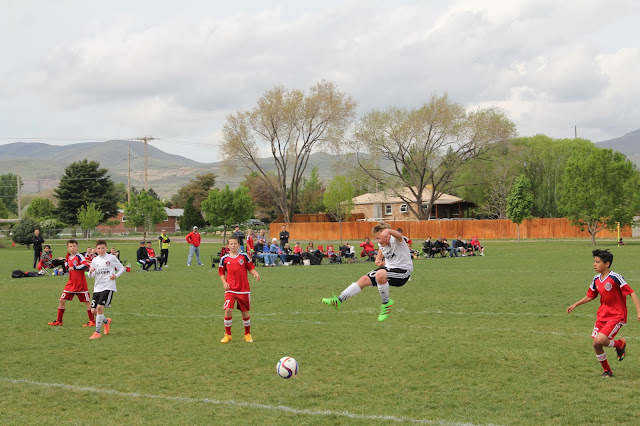 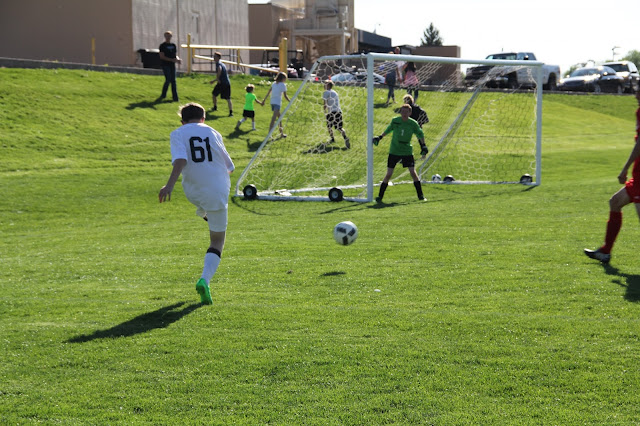 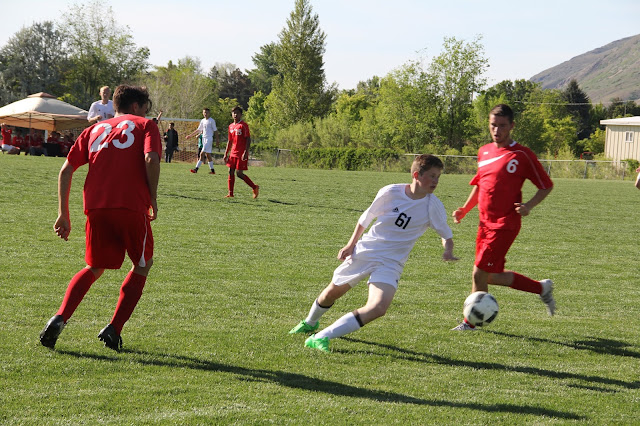 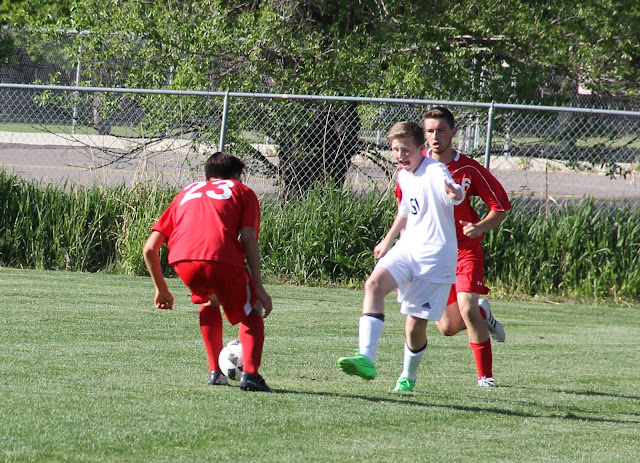 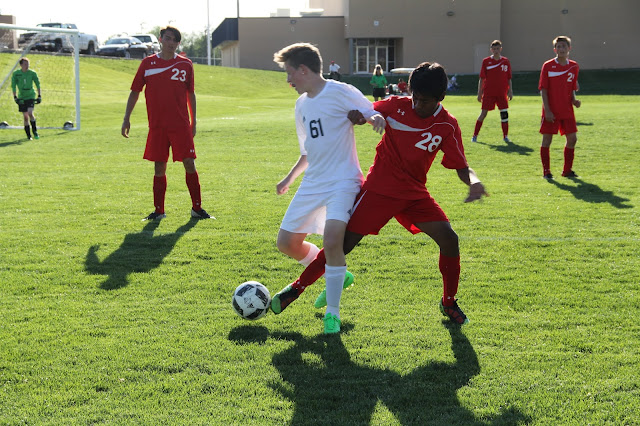 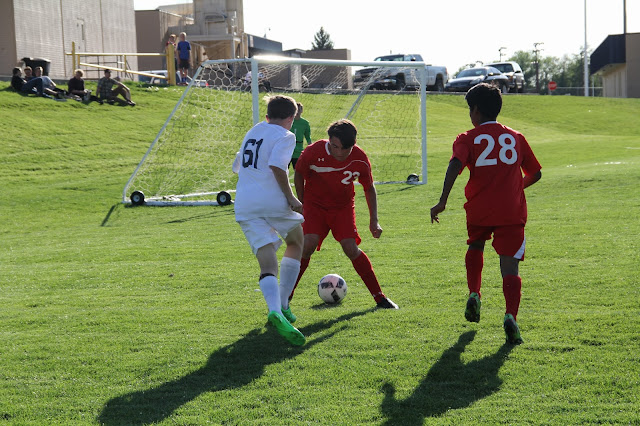 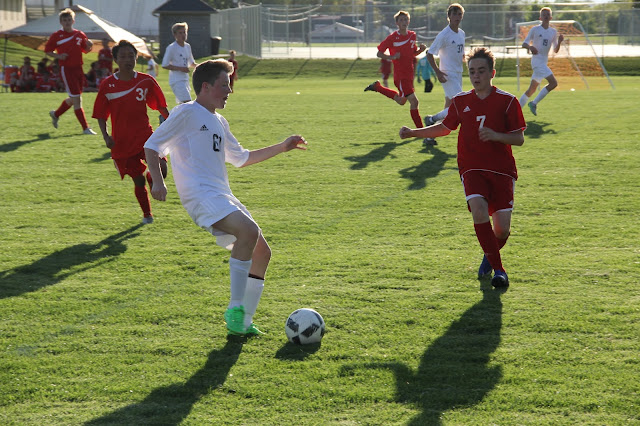 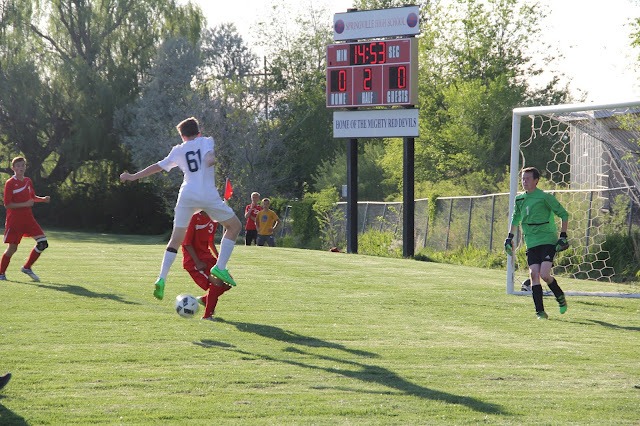 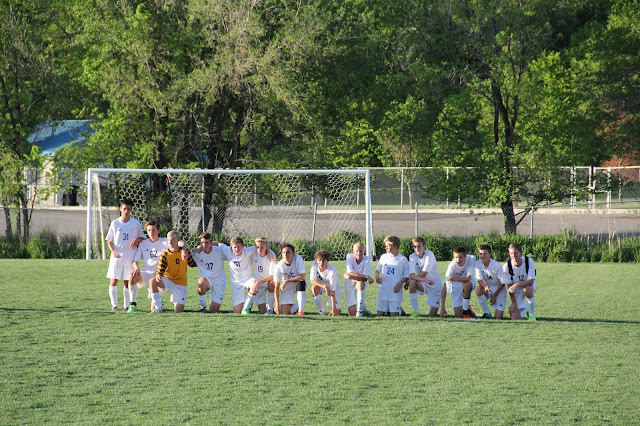 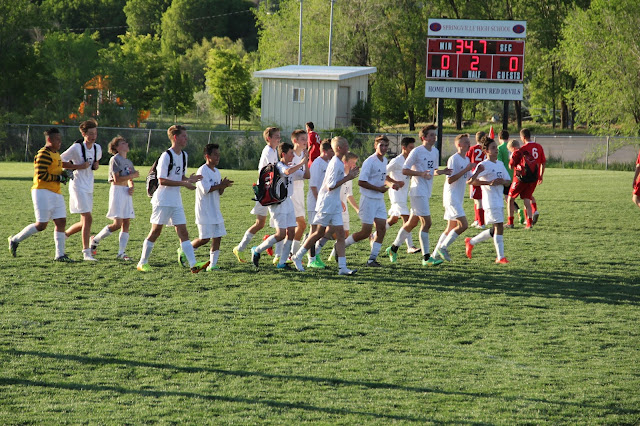 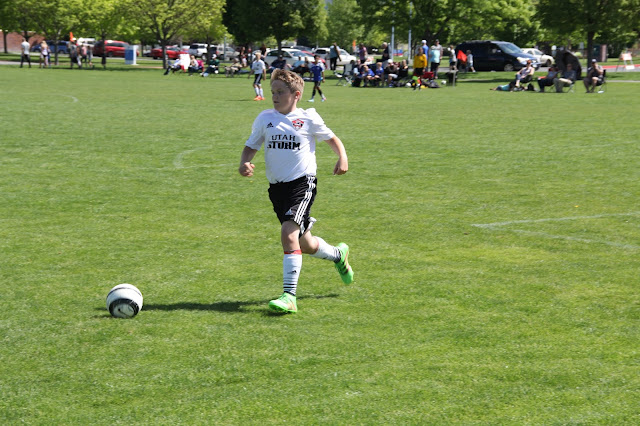 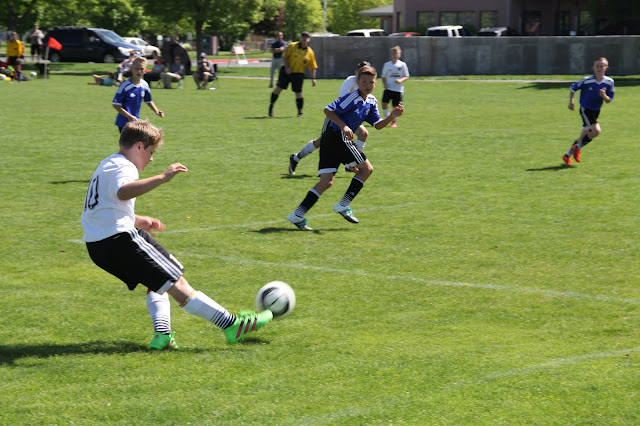 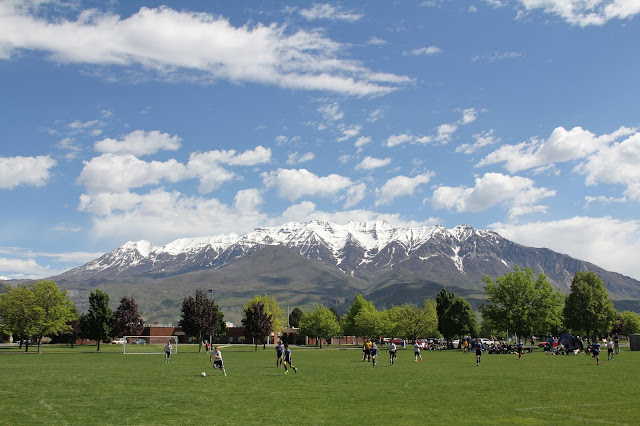 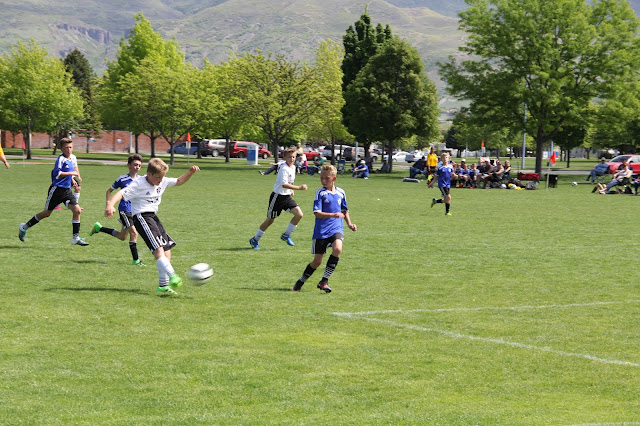 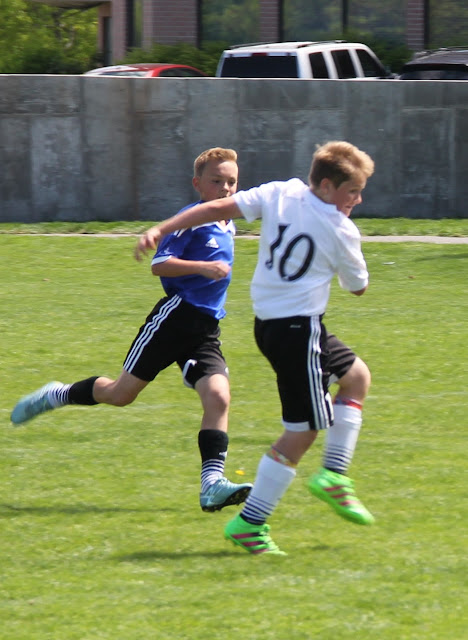 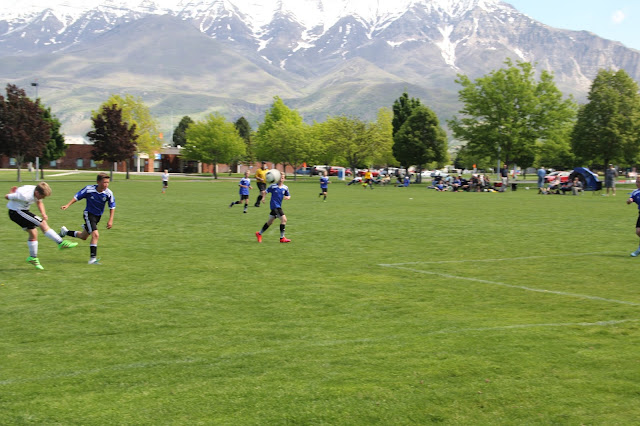 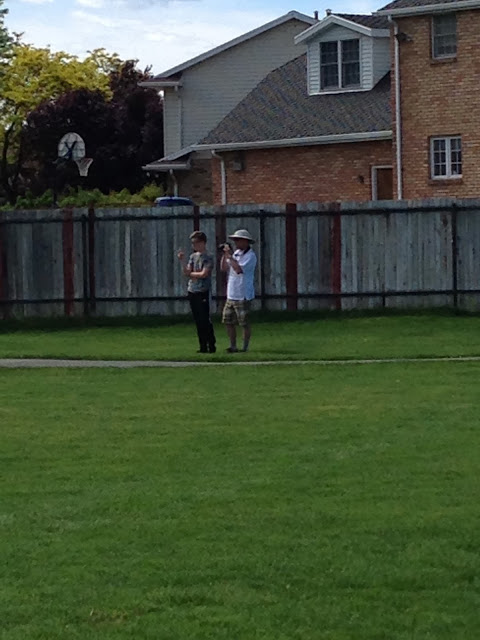 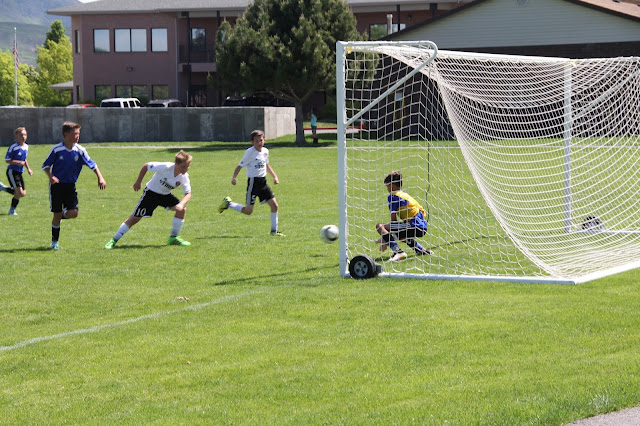 Second goal. It bounced off of the goalie and then Will followed through with a second kick that went in. 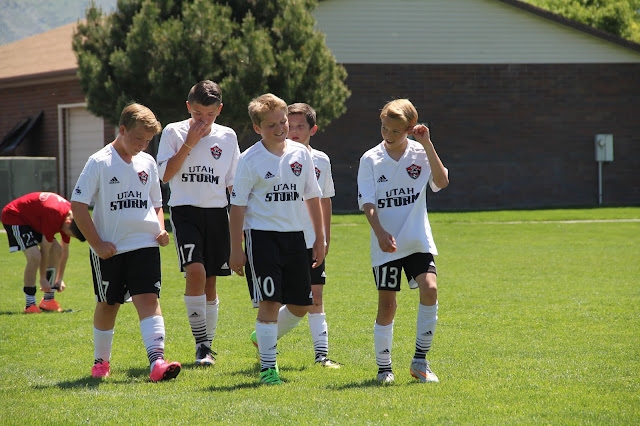