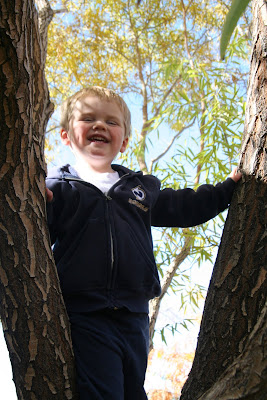 Back in the fall of 2007 when Will was almost three, I took these two photos of him climbing in our backyard globe willow tree. I took them to remind me of an idyllic afternoon of a dad playing in the backyard with his happy son. 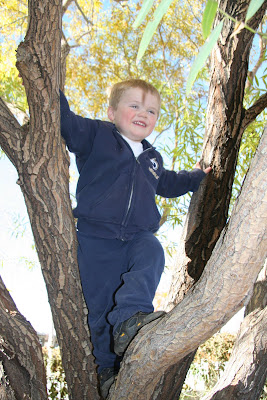 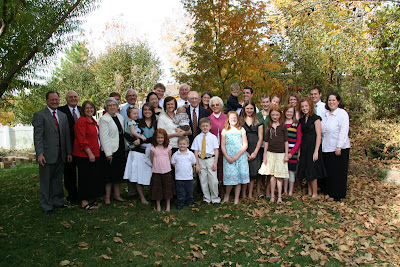 I planted the globe willow along with many other trees in the fall of 1998 just a few months after moving into our newly built Springville home. The globe willow was Marie's choice. Over the years this fast growing tree has provided delightful back yard shade for playing and for family gatherings. Above Emmet and Tueller relatives gather in the shade of the tree after the November 1, 2008 baptism of Joel. 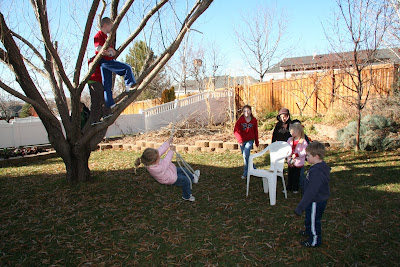 Here Will and friends enjoy some December sunlight as they swing from the globe willow branches at his fourth birthday party in 2008.

I have always been surprised at how few tress our neighbors planted when we all landscaped our homes back in the late 1990s. Most of the trees they did plant were quaking aspens and almost all of them have since died. The dearth of climbable trees has made our tree a favorite for the neighborhood kids. One of Joel's friends holds the record for highest climb. Since the tree was now so tall we told him just last week that he could no longer climb so high. 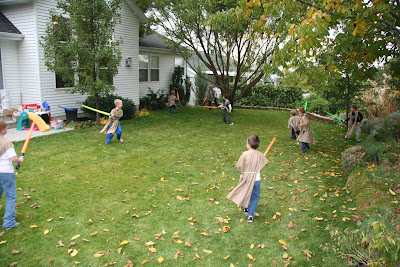 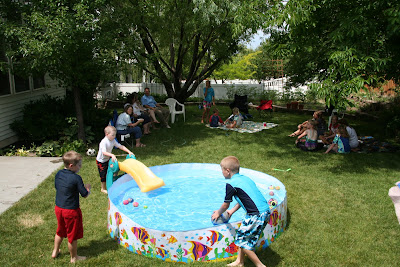 Earlier this month, Tuellers gathered in the shade of the globe willow to rest and cool off after the Fourth of July parade. 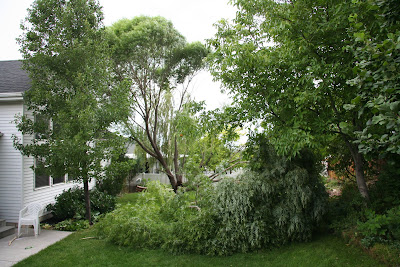 On Tuesday July 26th I was at the stove cooking a cheese omelet for the kids while a sick Marie was in our bedroom taking a nap. The kids were at the dinner table enjoying the first round of omelets. Suddenly violent winds started to throw backyard branches every which way. Then the east half of our Globe Wilow came crashing to the ground. The kids screamed and then Joel and Will started crying. Their beloved playmate was destroyed. Luckily the fallen part of the tree did not fall on our bedroom or on the garden. It fell neatly onto the center of the lawn with no collateral damage.

For years I have been threatening to get rid of the tree. It shades the vegetable garden, it drops dead branches all year long and its big roots are up above the level of the lawn. Each declaration of intent to chop it down is met with a chorus of complaints form the kids. So I made a promise not to cut it down as long as they continue to enjoy climbing it branches and swinging from its limbs. In the meantime I continued to lob off branches (two last Saturday with my trusty hand saw) that over hang the garden while letting those that shade the lawn grow at will. I have to confess that I secretly hoped (but never prayed) that one day a heavy snow or big wind would bring the tree down, that way the kids could only blame Mother Nature. Last winter a smaller globe willow down the street spit in half from the snow, and I was jealous. 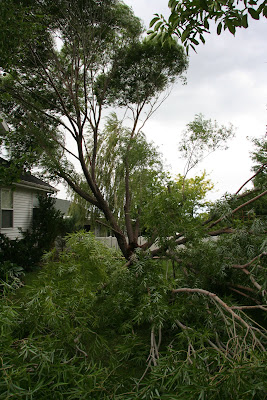 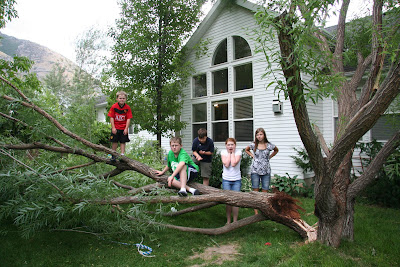 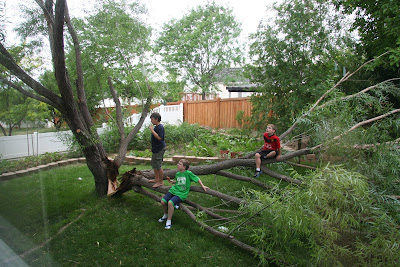 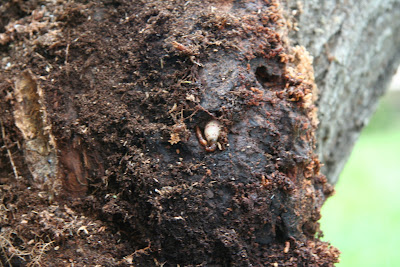 The stump of the tree was weakened by the burrowing of grubs (the fat white guy above). Instead of solid wood, the central trunk was filled with sawdust. This fall we'll have to plant another tree--one that will grow not so tall and not so wide. 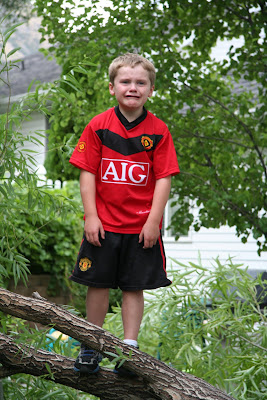