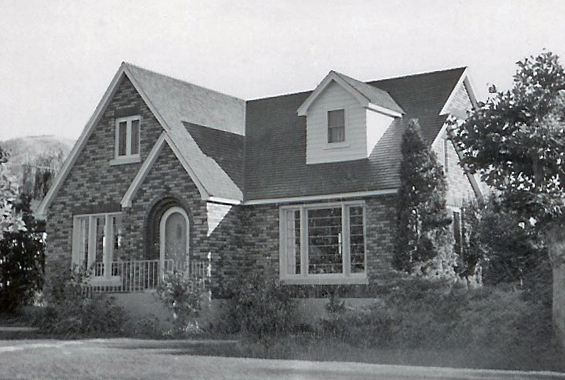 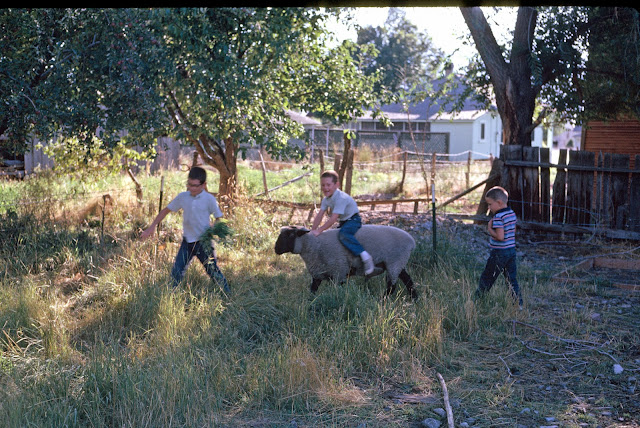 From age 2-6 we lived in Providence Utah at 152 West Center in a two story brick home with a large back yard. One summer a friend of the family gave mom and dad a sheep thinking it would enjoy grazing on all the weeds and grass. Mom and dad thought this might be a good beginning to a "Green Acres" type of life. The sheep only lasted for a summer in our backyard before it was returned to the friend. That summer of the sheep is one of my most favorite childhood memories. We three oldest boys soon discovered that the sheep liked green alfalfa (from the large pasture in the center of the block) to eat. We also discovered that if someone held green alfalfa in front of the sheep the sheep would chase after the alfalfa and take whoever was sitting on its back for a ride. I remember trying  from the back of the sheep  to try and lean out over its head with a handful of Alfalfa for a self propelled ride, but it didn't work as well as having someone else do the leading.  In the above photo, brother Bill is leading the sheep while Bob gets a ride. Tagging along behind is cousin Jimmy McMurrin visiting from Ogden. Jimmy was my closest male Emmett cousin (a year younger than me) and so he was always my playmate at family gatherings. 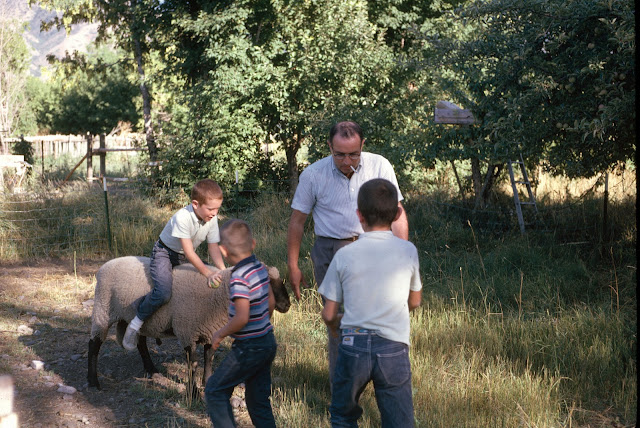 Here uncle Jim McMurrin joins in the fun and Jimmy moves in for a closer look. 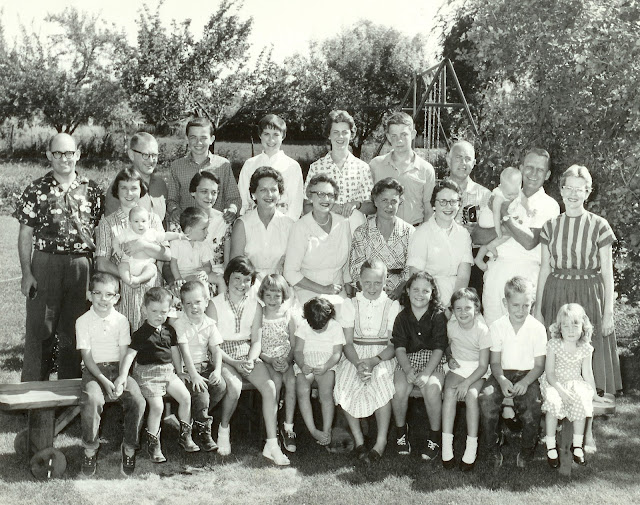 A few years before the summer of the sheep we held an Emmett Family reunion in the same back yard. Grandma Harriet Dudley Emmett is in the center with two daughters on each side. Her two sons are standing on the back row second from the left (dad) and second from the right. I am the second from the left sitting on the front row with cowboy boots. All of the 22 grandchildren at the time (five were still to come) are there except for Dorothy's (sitting to the left of Harriet) four. Of those 27 grandchildren (many of whom are now happily connected via Facebook), two have now passed away. Pat's (sitting two to the left of Harriet) oldest son John (standing behind his mom) passed away about 15 years ago and today Jimmy (Jim) (sitting with turned head on his mother's lap) passed away after a valiant and dignified battle against colon cancer. 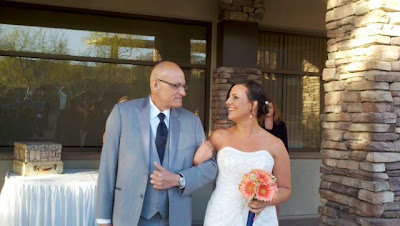