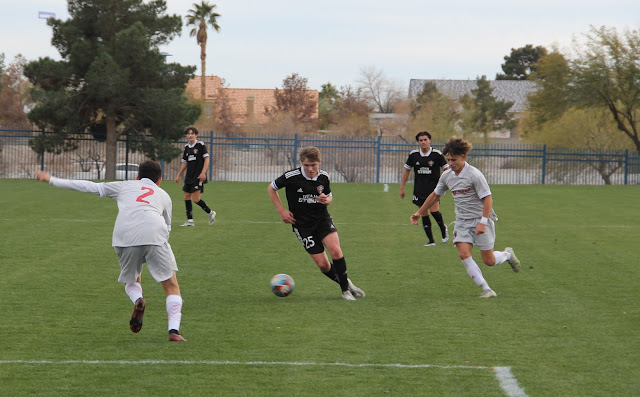 Friday after my classes, Will, Marie and I headed south to the Las Vegas Cup. It is Will's Utah Storm team's last time participating in this tournament since more than half of his team are seniors this year. Games were played at the very nice Kellogg-Zaher soccer complex . Will's team played Saturday afternoon at 2:15 and won 4-0. That evening we went to Macaroni Grill for carb loading followed by a movie--American Underdog, which we all liked. Sunday Storm played again at 2:15 losing 0-3 and then tied (1-1) the 8:30 pm game, which was almost enough to move them on to the final on Monday. Will played hard and well. 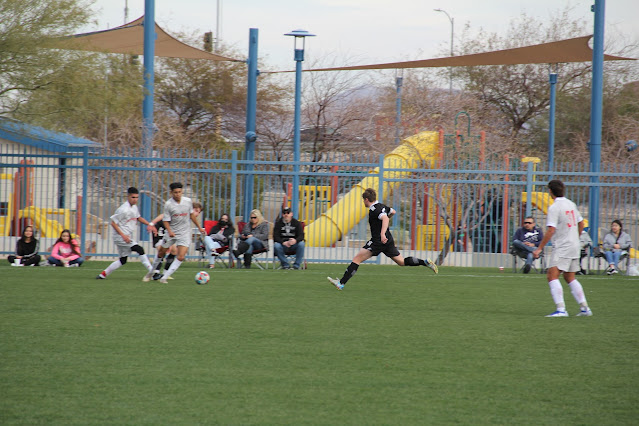 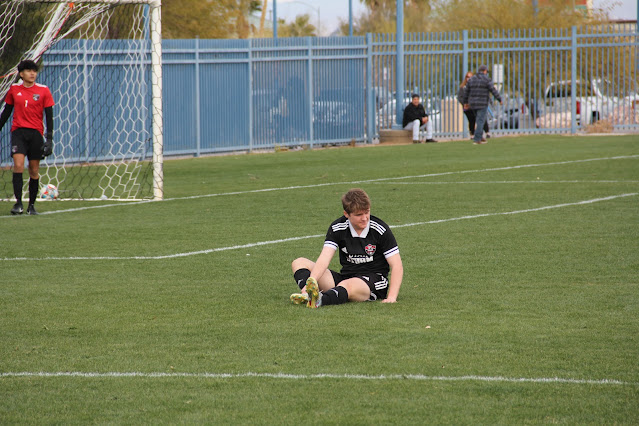 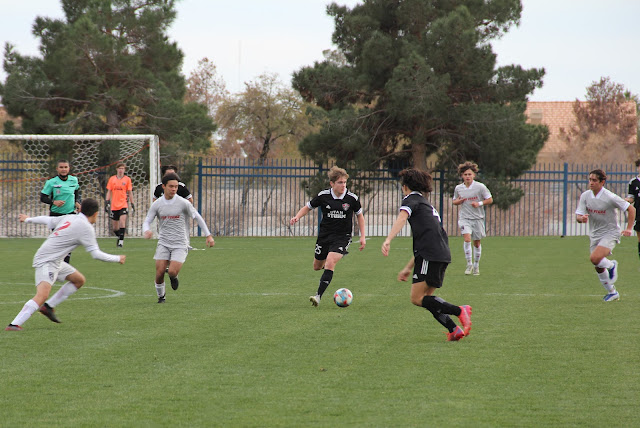 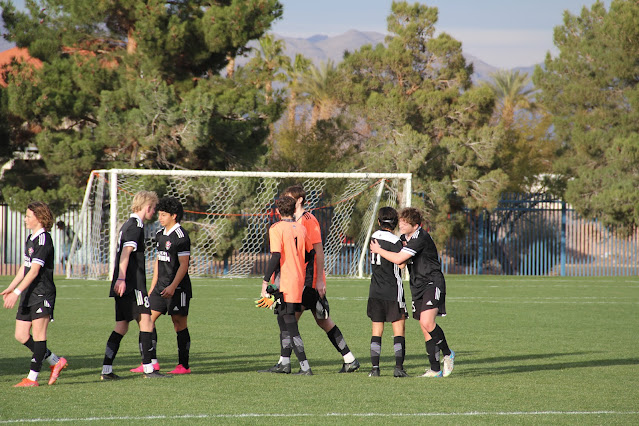 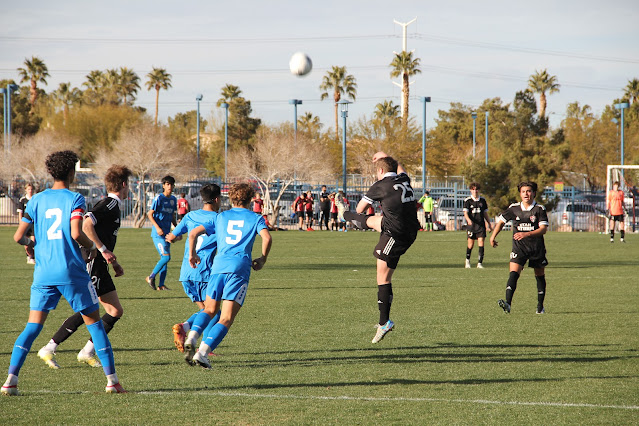 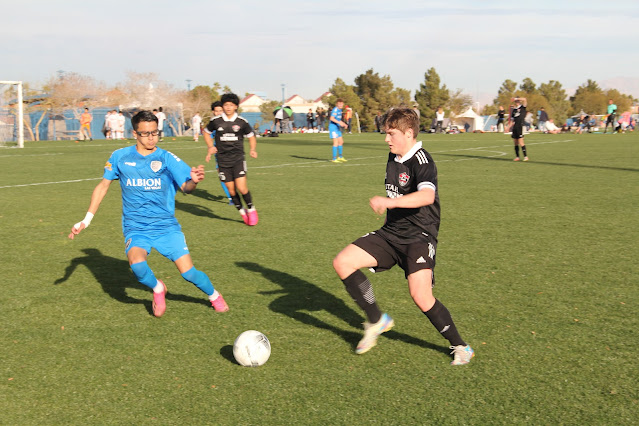 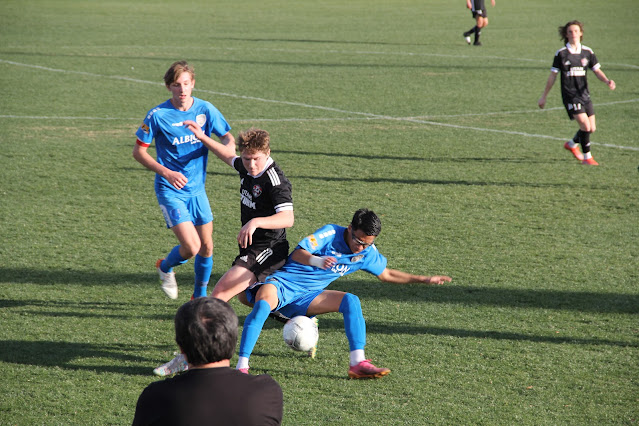 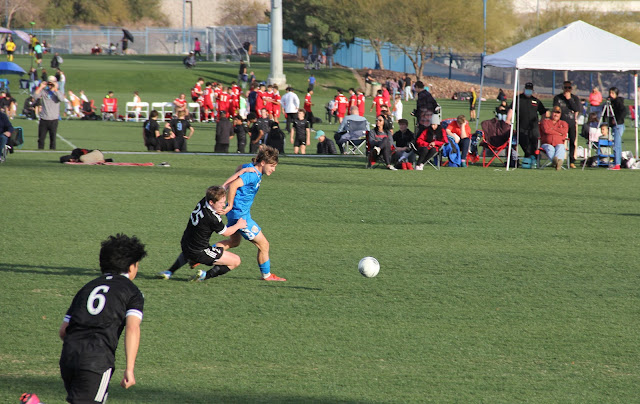 When this move drew a foul on Will, Coach Jeff called out "good foul Will" because it stopped an unimpeded drive towards the goal. 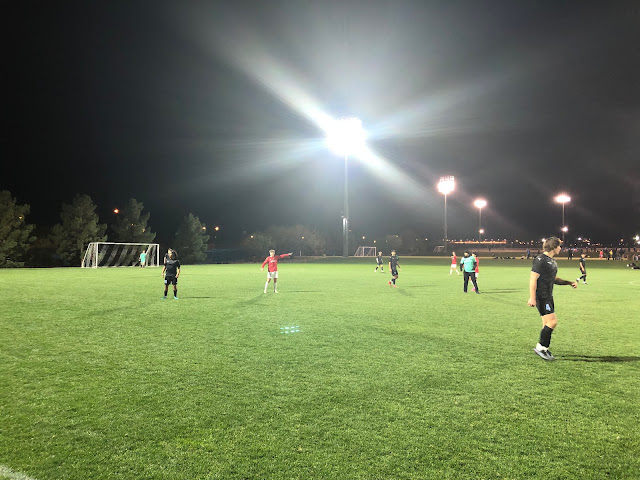 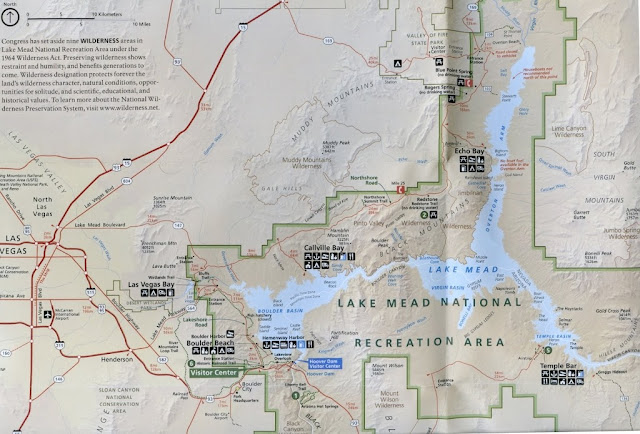 Since there was no final game on Monday I decided to take a scenic loop on the way home. It is something I have long wanted to do on our many soccer trips to Vegas. Not everyone in the back seat was happy about this call. We drove eastward out of town on Lake Meade Blvd and then along the north bank of Lake Meade. Our family visited Hoover Dam ten years ago https://beitemmett.blogspot.com/2012/04/spring-break.html, but this was my first trip to see other parts of the reservoir. The drive to the Echo Bay marina offered no view of the lake, but it was a fun up and down, winding road through interesting rock formations. 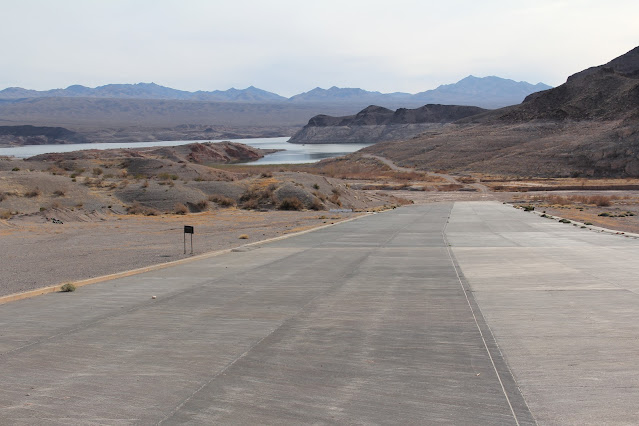 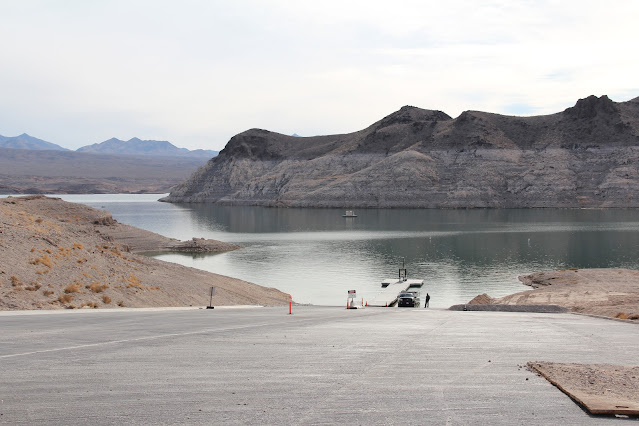 The new launch ramp at a much lower elevation. Notice the white rim showing the high water mark. This would have been under water for decades. The high mark of the lake is 1,229 feet above sea level. Today the level was at 1,067 feet, 162 feet below the high mark. Pray for rain and snow. 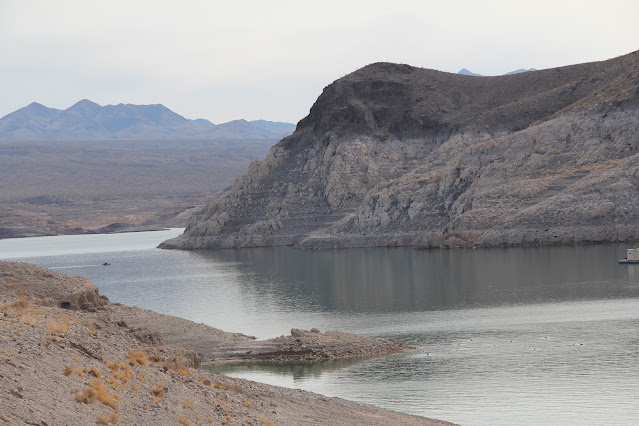 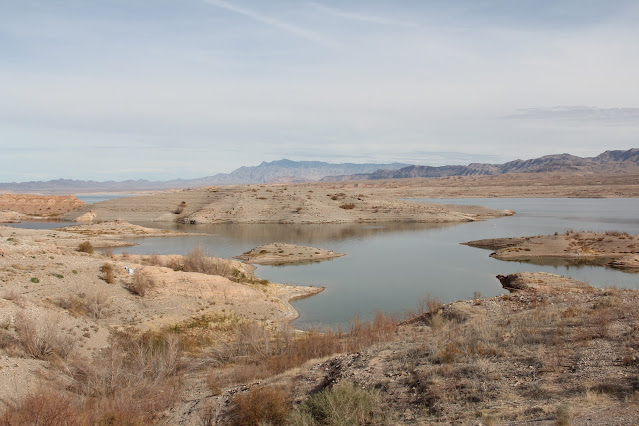 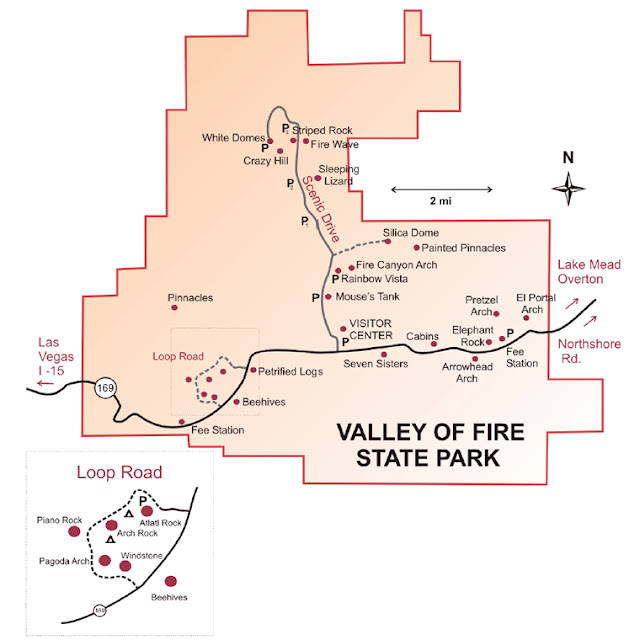 We then did a quick drive through the Valley of Fire State Park. We detoured along most of the north bound scenic drive and were happy to see a herd of big horn sheep grazing along side the road. 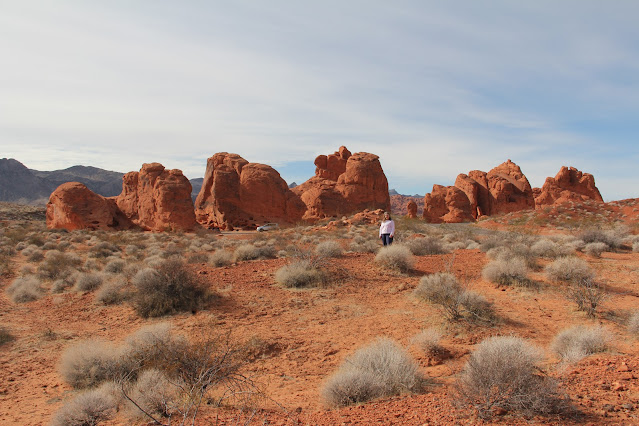 As we drove past this formation I read out load the sign that said "Seven Sisters." Marie then replied: "Hey, I have seven sisters." So we turned around to go back for a photo. We counted out the seven as we backtracked. I'm not supposed to mention that Marie jokingly noted that not all sisters were the same size. 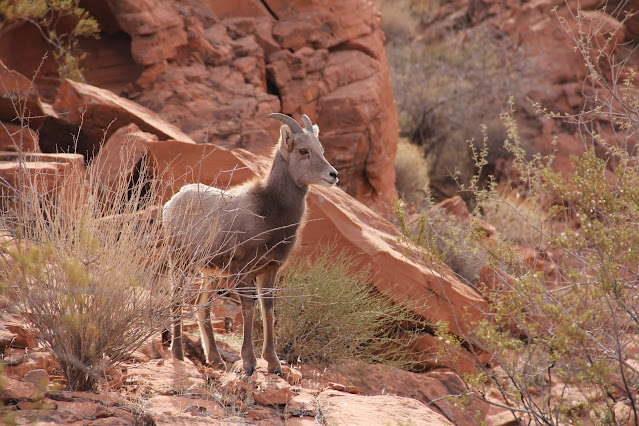 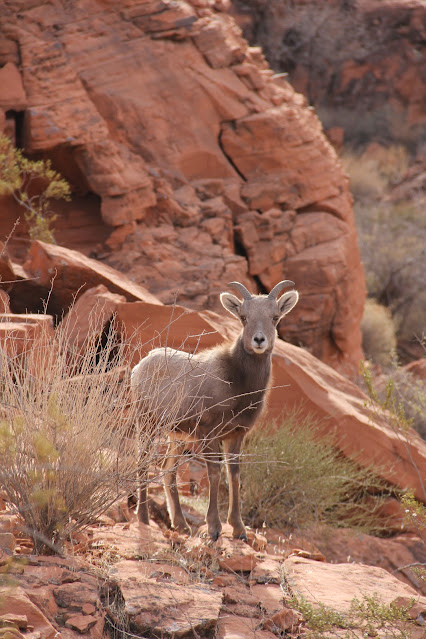 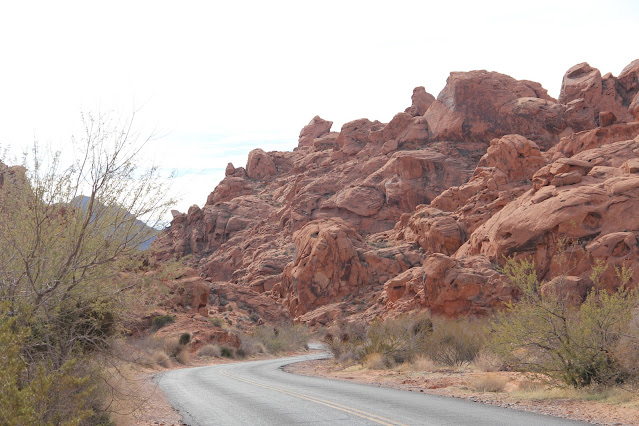 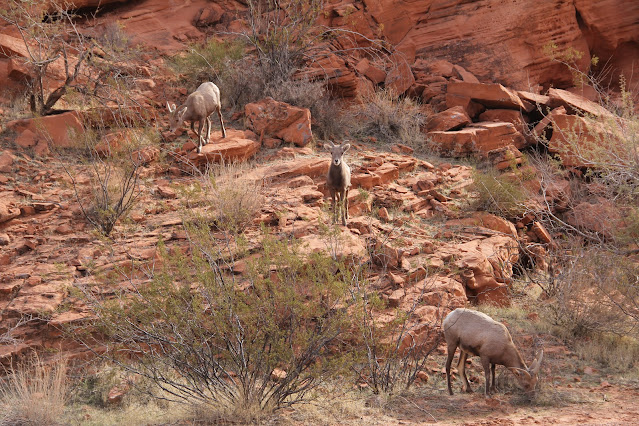 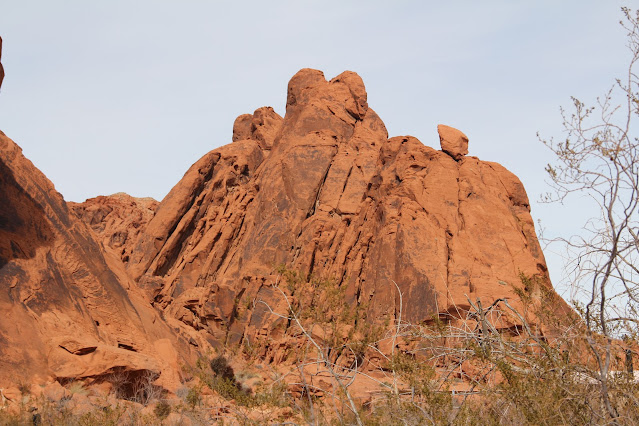 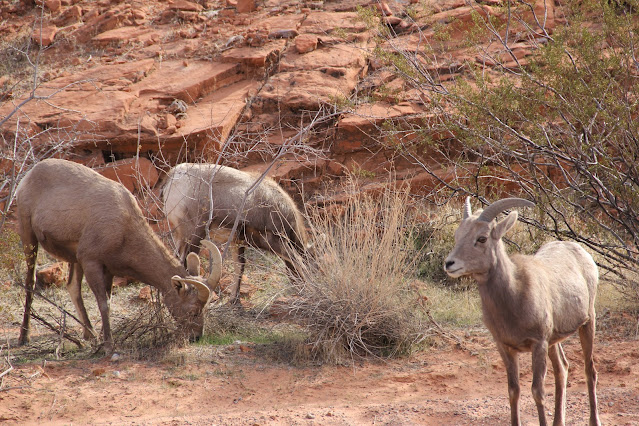 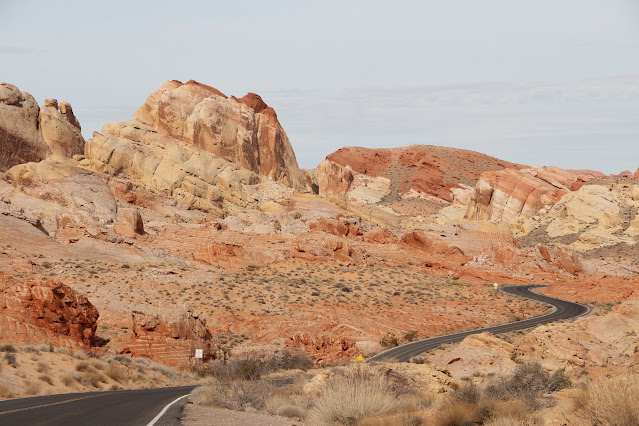 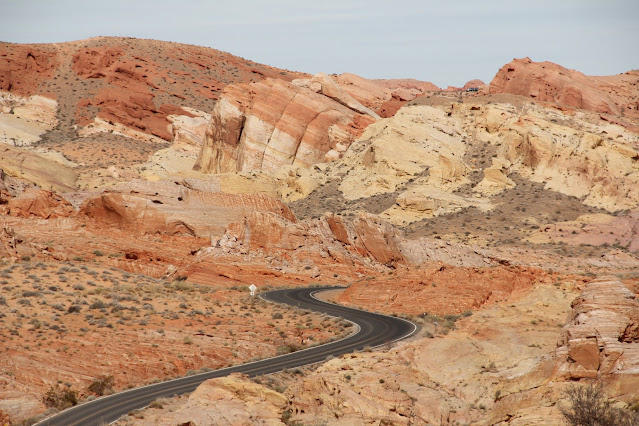 Next time, I'm coming with more time to do some hiking and further exploring. Will's spirits were lifted when we stopped at 5 Guys in St. George for lunch. 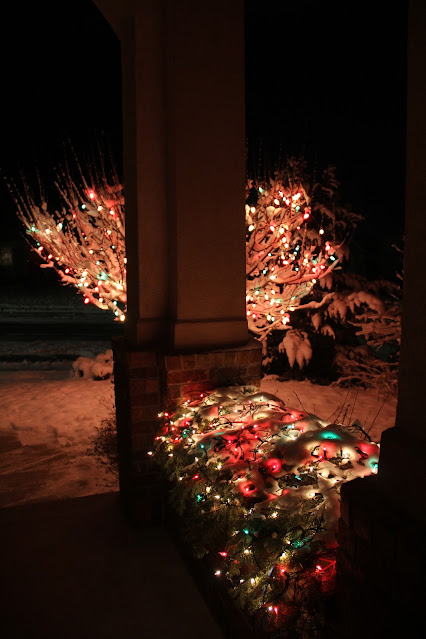 Early in January we had one nice snow storm so I took a few photos of our Christmas lights. 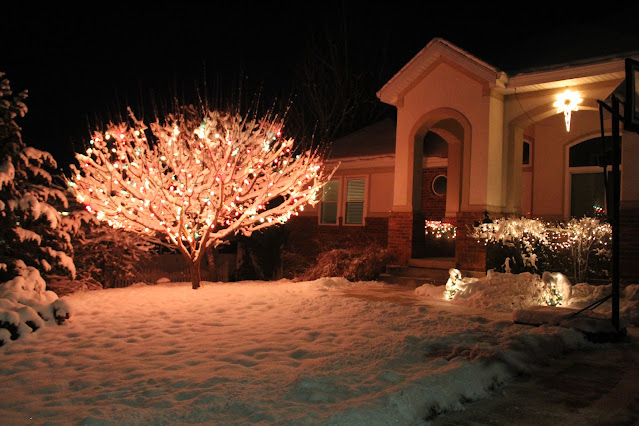 The tree doesn't look quite this bright, 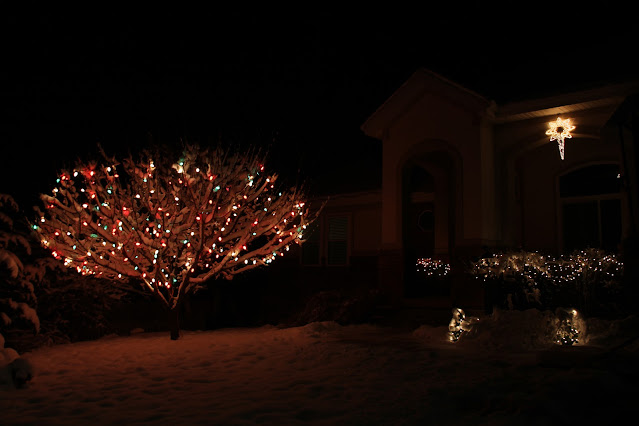 Or quite this dim (it was the best I could quickly do on a very cold night with no tripod), 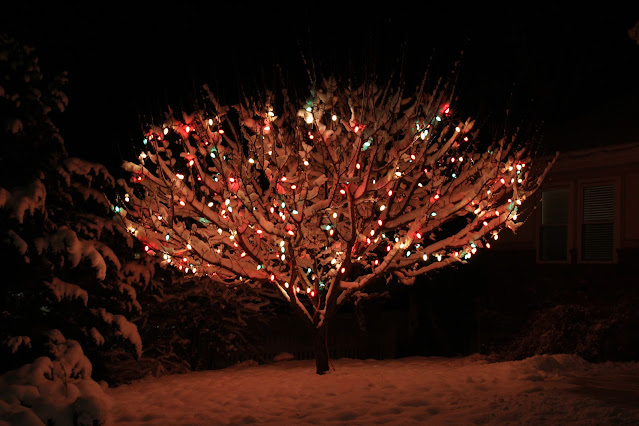 but it was impressive enough to have several neighbors go out of their way to thank me for what is perhaps the brightest and biggest display on our street. One neighbor called it the "Tree of Life." I used 10 strands of lights. Some I bought thirty years ago and some I inherited from mom and dad. They were once mixed colors, but then I slowly switch to just red and white and then this year when I needed to replace a few dozen I added in green--the only replacement bulbs I could find (other than the four colors).