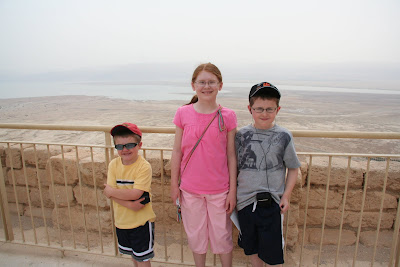 Last Sunday, April 11 we joined with the students for the Dead Sea field trip. It was an early departure at 6:30 am. Our first stop was Masada. We rode the cable car up and back. The kids are standing on the lowest level of Herod's three tiered palace on the north end of the plateau. 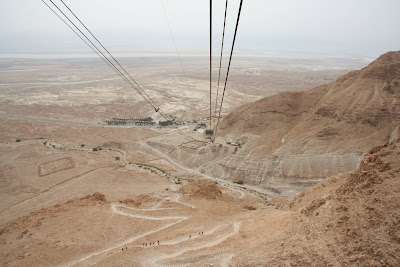 For the more adventurous you can climb up and down on the snake path. The square rock enclosures at the base are remnants of the Roman camps during their siege to oust the Jewish zealots. 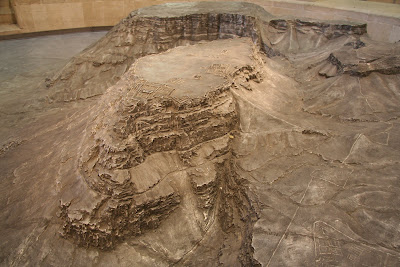 In this scale model you can see the palace complex on the northernmost (closest) part of the plateau. The Roman siege ramp is on the right/west side. Rather than surrender to the Romans, the Jews committed mass suicide the night before the breach of the case mate walls. In the early decades of Israel's history, Masada served as a symbol of Jewish determination to fight rather than give in to another holocaust. More recently Israelis have backed off a little not wanting to glorify the idea of suicide nor of honoring the zealots (sicarri) who raided and killed other Jews. 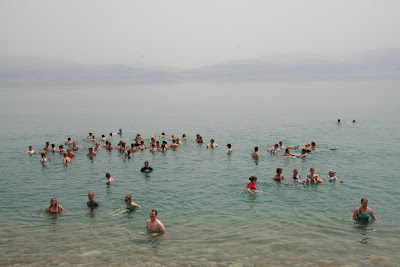 Next stop was a float in the Dead Sea. When I first visited Israel in 1979 with a TWA tour group, Larry the Jew from NYC while floating in the sea (actually a salt lake) along side me wryly commented that "this was the low point of the trip." I enjoyed his humor then and have used this with others many times since. The Dead Sea is the lowest spot on the earth's surface and for some the salty oily water makes it a low point in a much different way. Most of the crowd in the photo are BYU students. Some played cards (go fish) as they floated, later most covered themselves with dead sea mud--which is said to be good for the skin. 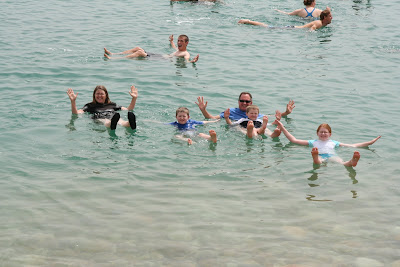 We all went out for a short, but fun float. At one point the life guard called me "and the boy" via megaphone back closer to shore. 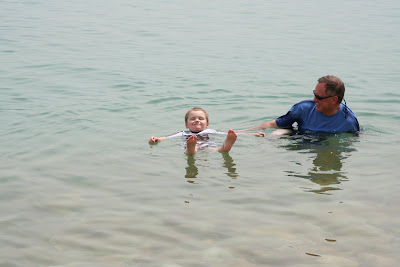 Will getting the hang of it. 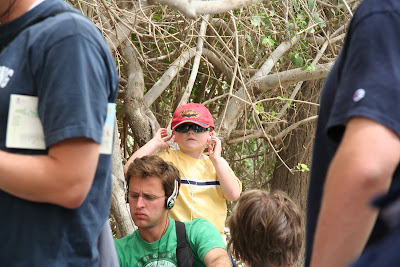 Next stop the wonderful oasis of En Gedi. Not wanting to be left out of anything, Will insists on having his own set of headphones so that he can hear what the guides (in Jordan) and professors (in the holy land) have to say. Here he is listening to Professor/Associate Director Kent Brown tell about how David while hiding in a cave was able to cut off a piece of King Saul's robe as Saul spread it out to squat and defecate! David had several opportunities to kill the King, but he refused to remove the Lord's anointed without the Lord's approval. 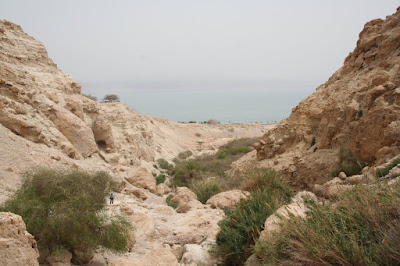 The perennial stream keeps the wadi green year round. It was once much greener, but a flash flood several years ago wiped out much of the vegetation on the south (right) side of the valley. 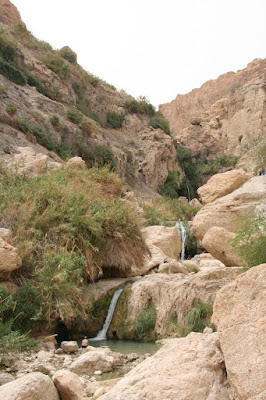 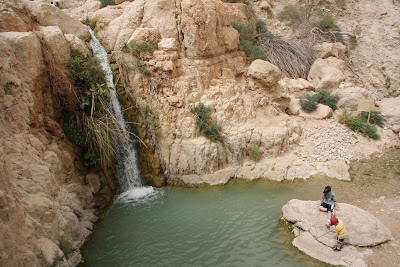 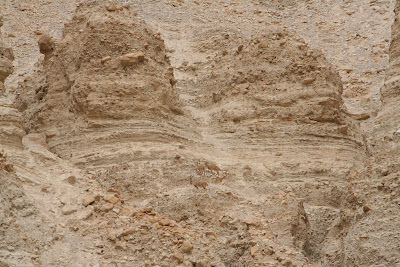 If you look close (it's times like this I wish I had a telephoto lens) you can see four ibex climbing the hill. 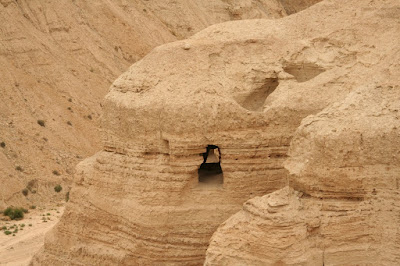 Our final stop was Qumran--home of the Essenes and their dead sea scrolls. This is cave four where some of the scrolls were found. 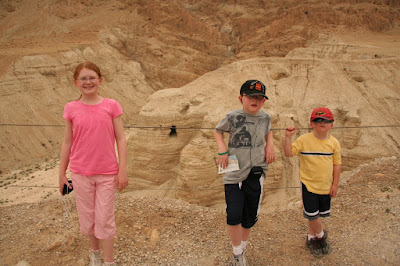 The kids were great travelers, but by 4:00 pm they looked tired. 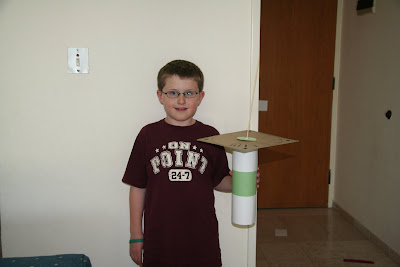 Joel with a sundial he made for his unit on time.
Posted by chad at 10:07 AM