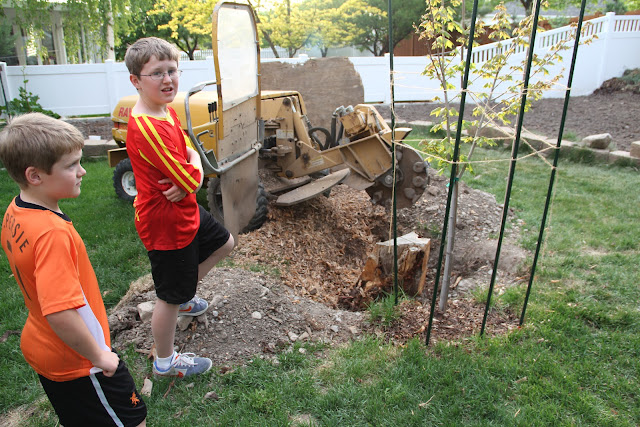 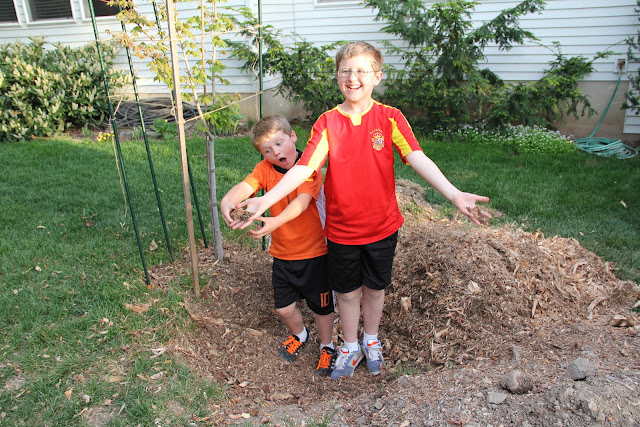 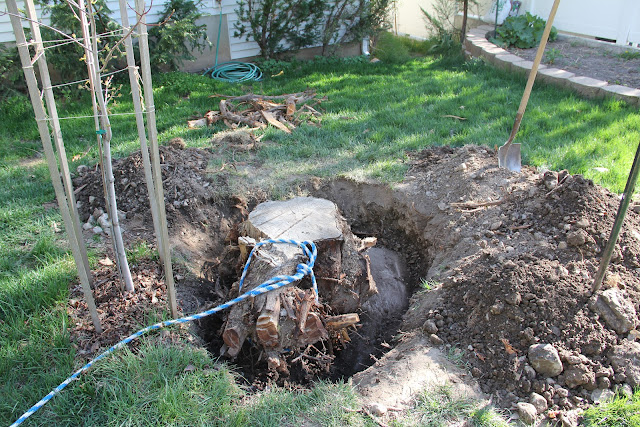 After many hours and various attempts to try and dig, cut, and pull out the globe willow stump, we finally gave in and hired someone to come in with a stump grinder. Wow, it was chewed up in no time. The chips were then spread around our raspberries to help keep the weeks down. A new Autumn blaze maple will take its place. 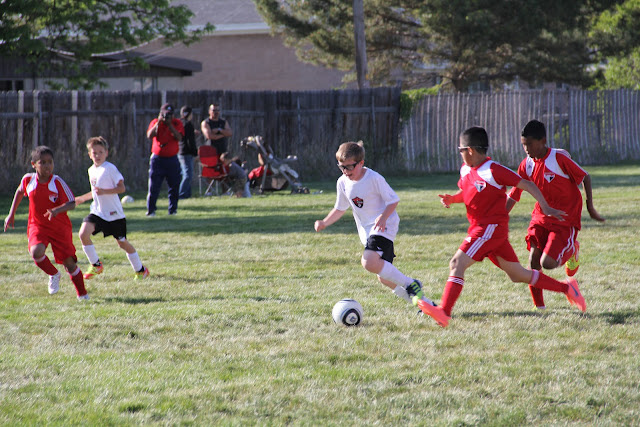 Joel's HC Storm soccer team has been playing much better this spring than last fall. Joel usually scores from 1-3 goals a game. This game was against a team of all Hispanic boys and two girls from West Valley. Joel's team lost 1-4. 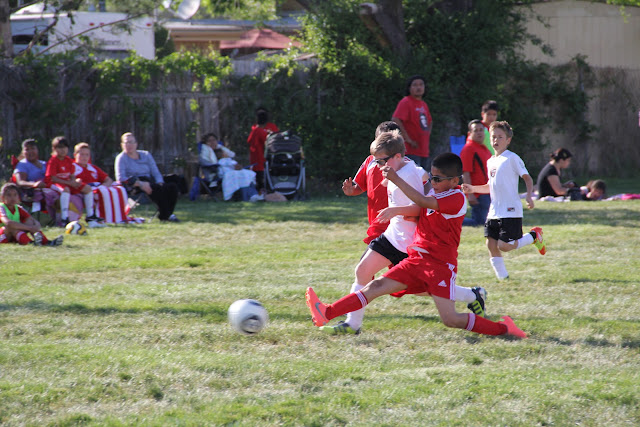 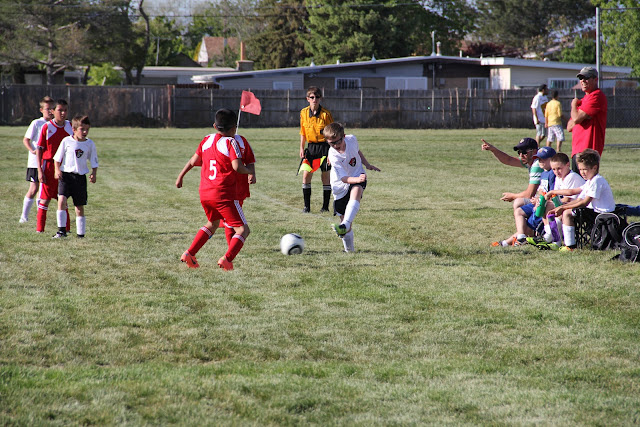 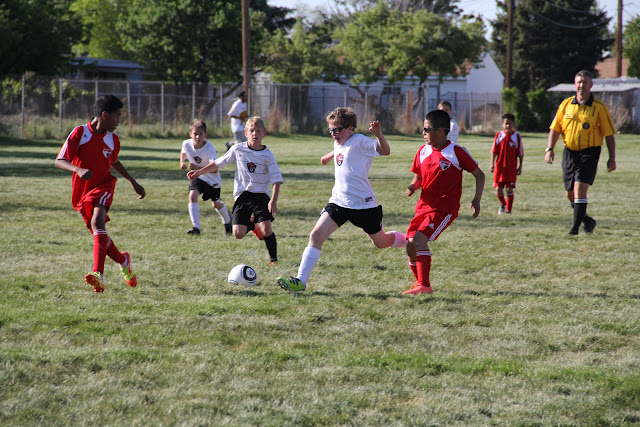 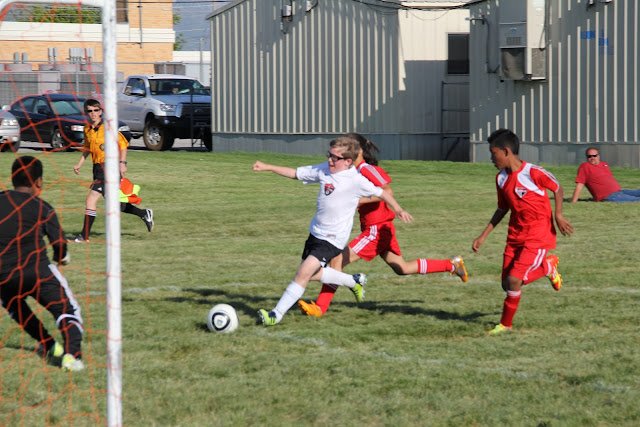 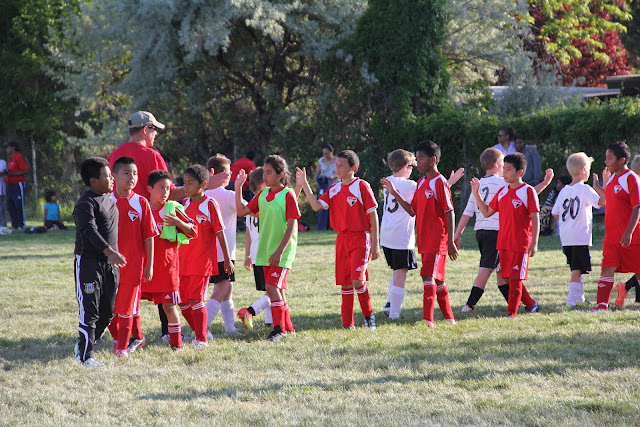 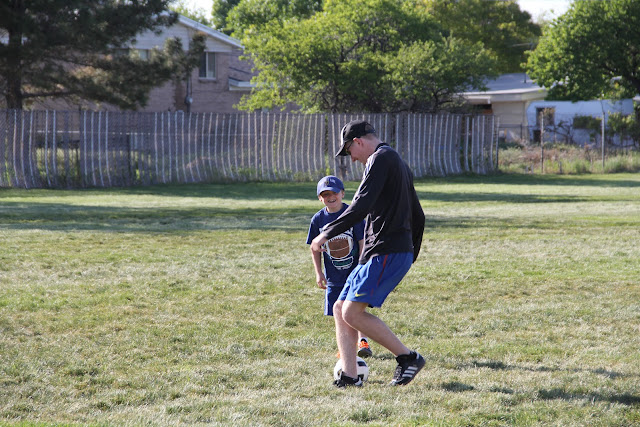 During half time, Will and his cousin Jacob Barrett played around on the field. Jacob plays soccer on the Westminster College team. 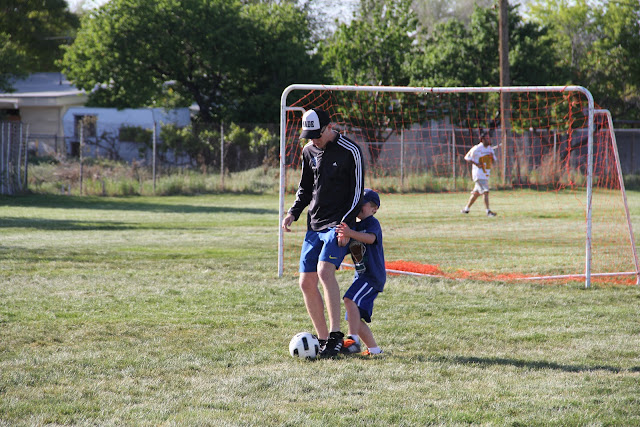 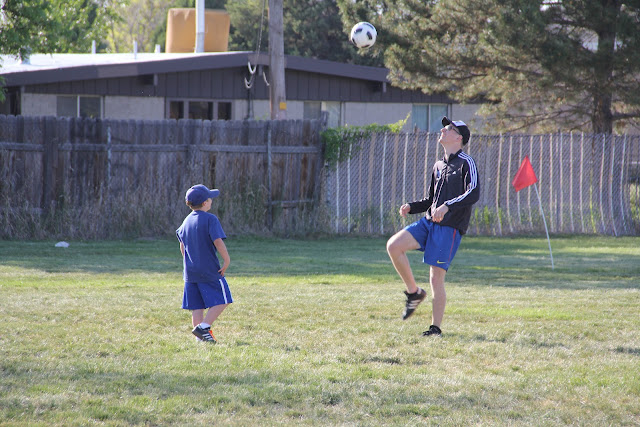 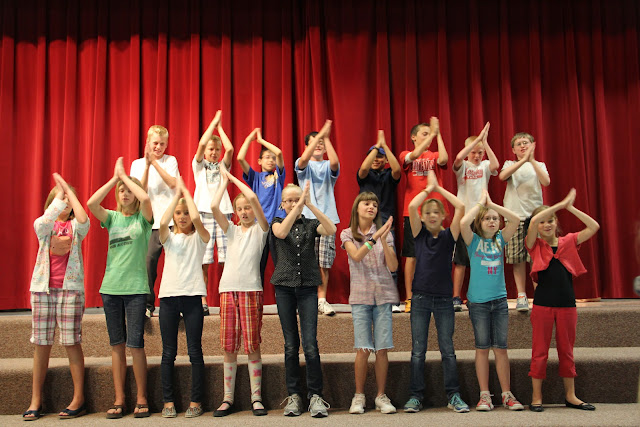 Last night Joel and his fifth grade class put on a play of three children's books. They also had various commercials in between acts. 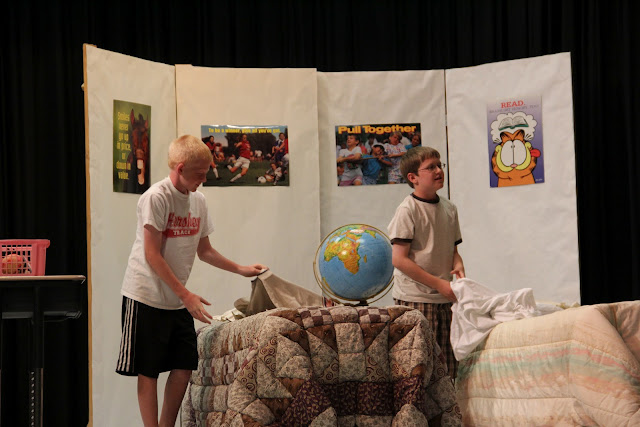 Joel played Ira from the book "Ira Sleeps Over."  He is a good little actor and he was one of the few students who spoke audibly for all of his lines. 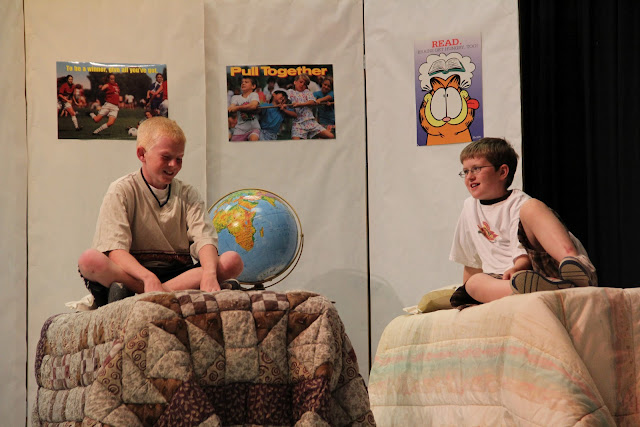 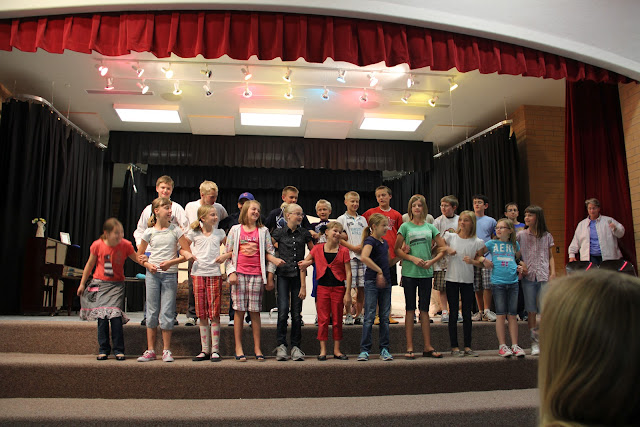 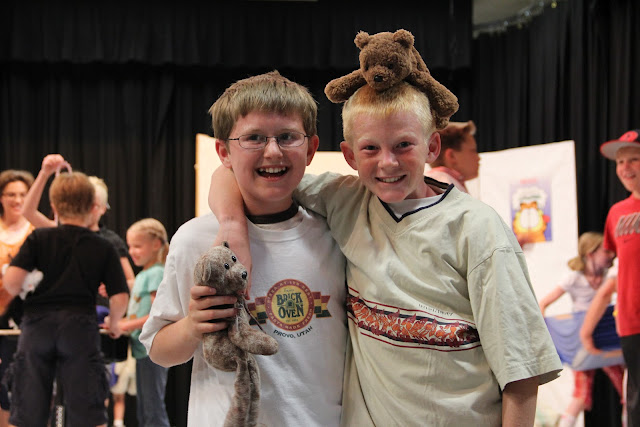