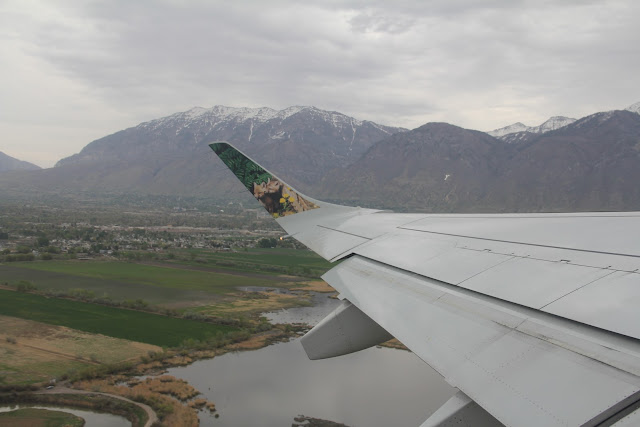 On Wednesday April 25th (Dad's birthday) I caught the 8:15 am Frontier Airline fight out of the Provo Utah airport. This once a day Provo to Denver flight is the only commercial flight in and out of Provo. It was cheaper and easier than flying out of SLC. 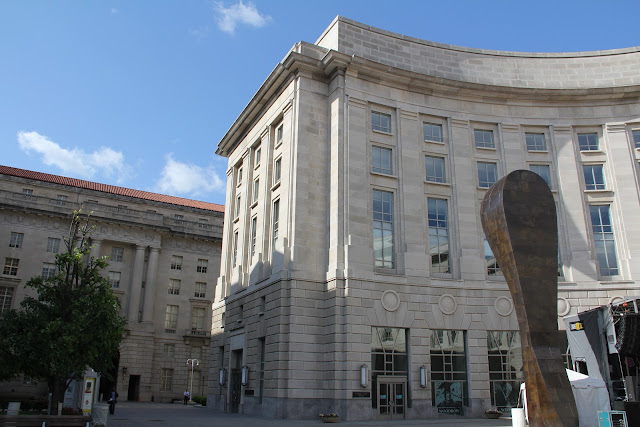 My destination was a Thursday April 26th noon panel discussion about our new book entitled: "Sex and World Peace; How the Treatment of Women Affects Development and Security." It was sponsored by the Woodrow Wilson International Center for Scholars which  is housed in a stately wing of the Ronald Reagan Building and International Trade Center. To view a web cast of the discussion go to:

At the bottom of the above link under event documents you can also click to see the powerpoint images I showed. 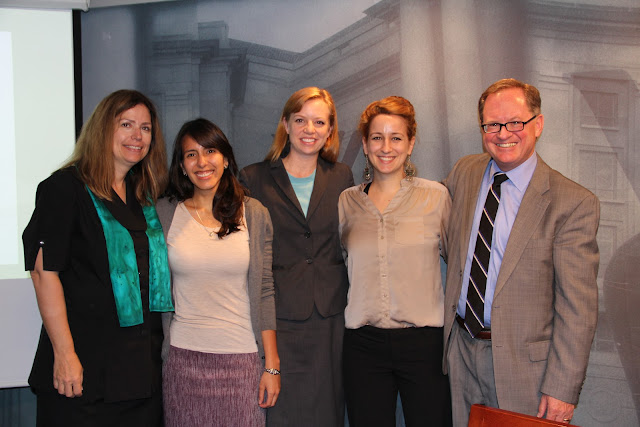 My co-author Valerie Hudson (left) and I were delighted to meet several of our former coders (from l-r Melissa Paredes, Diane Bailey and Thelma Young) who along with dozens of other BYU students over the past 10 years have helped gather and code all of the data used in compiling the findings for our book. 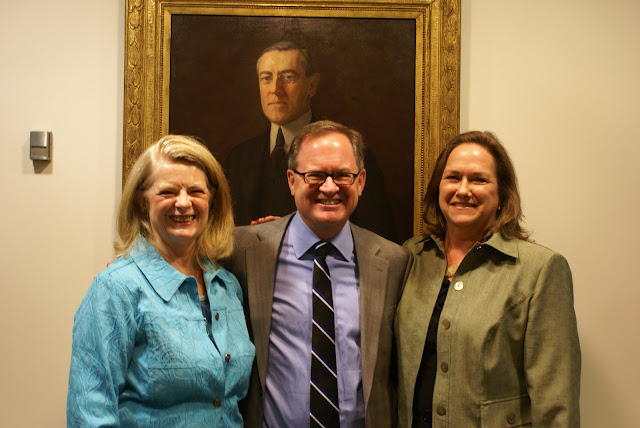 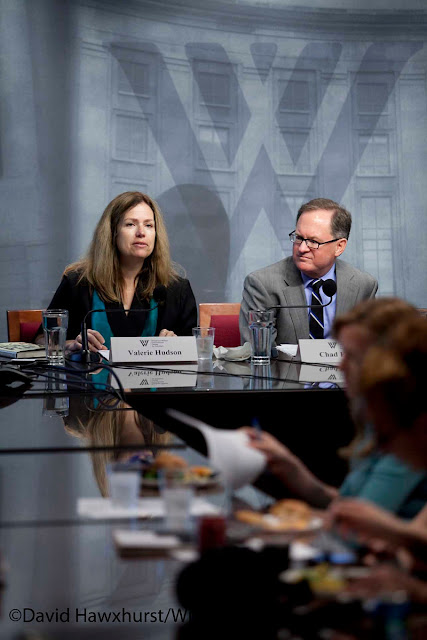 Valerie led out by discussing the main thesis of our book: treat women better and the world will be more peaceful. 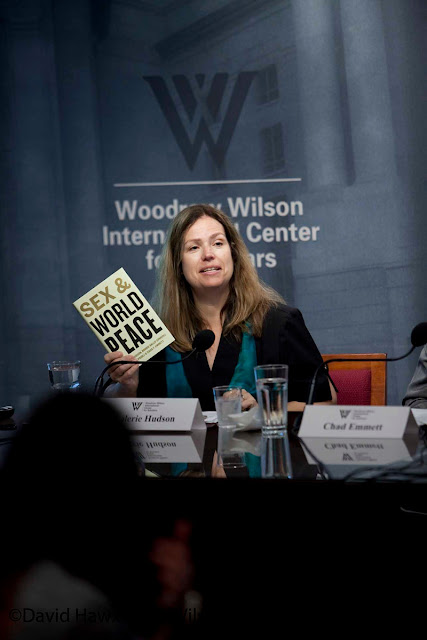 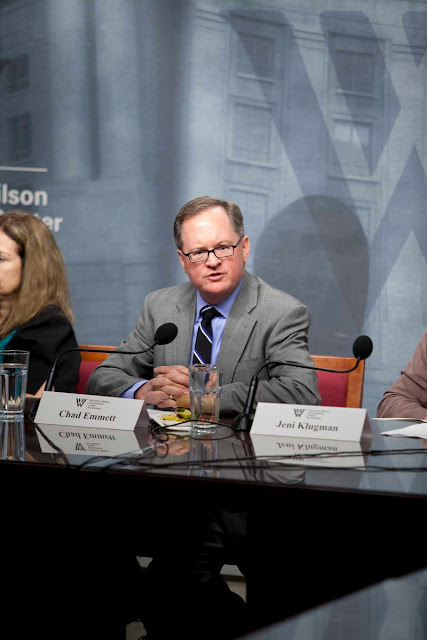 I then talked about the maps in our book and described what they show. I also used bottom-up examples cited in our book illustrating how Muslim women are bringing about positive change. 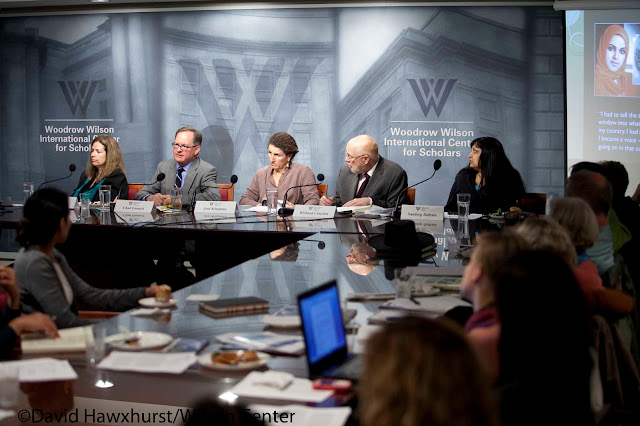 You can see the image of one of my PowerPoint slides on the top right. I was followed by Jeni Klugman of the World Bank who talked about women and development. The final speaker, demographer Richard Cincotta, was a discussant who over all liked the book, but as is typical in academia had a few concerns about some of the methodology.The Q & A session was filled with lots of good questions and comments. More than 60 people filled the room. 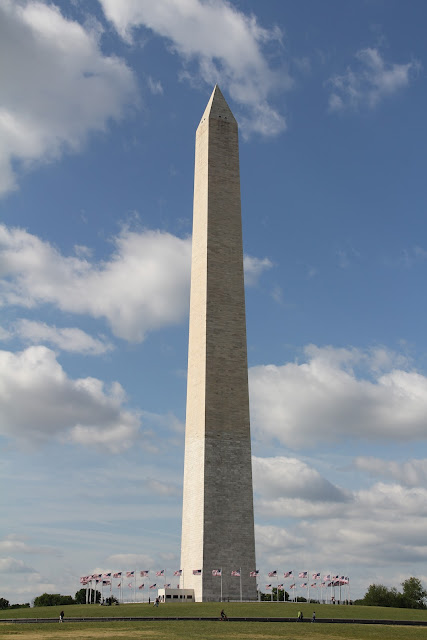 Friday Morning before my 2:00 flight home I set out to explore some new monuments. 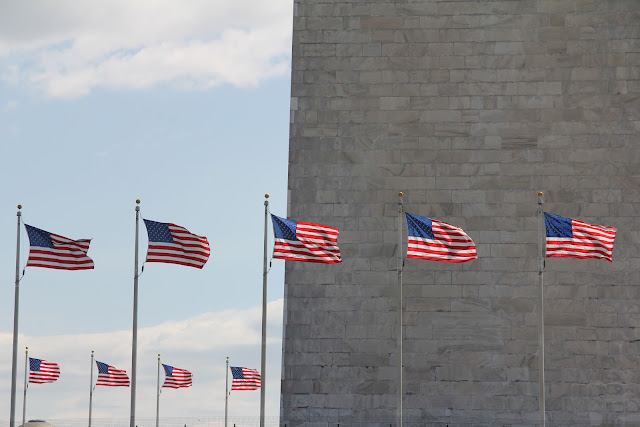 It was a blustery morning as evidenced by the full furled flags around the Washington Monument. 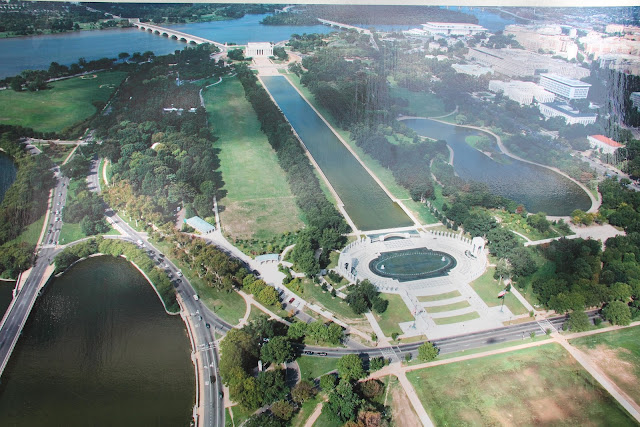 First stop was the new World War II memorial. Located on the east end of the reflecting pool. 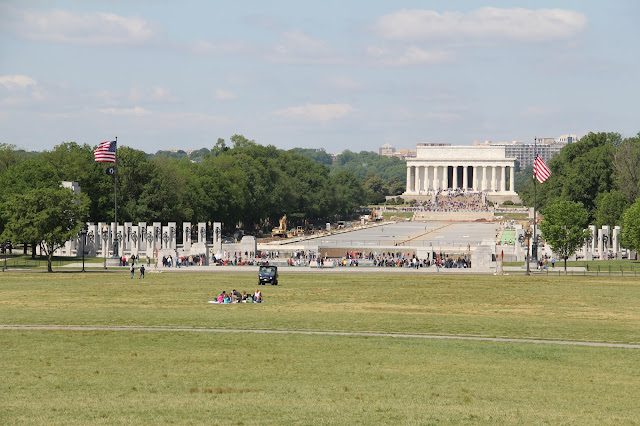 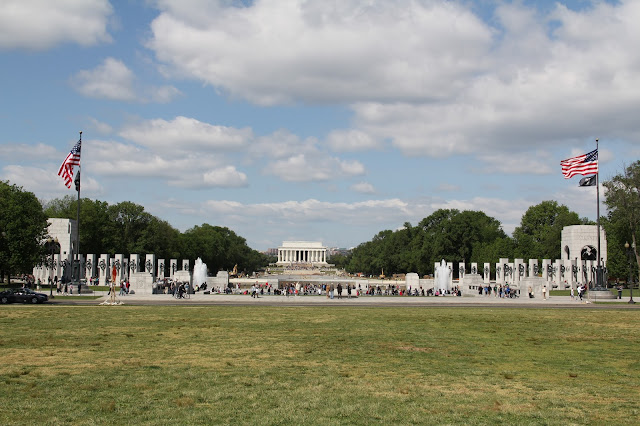 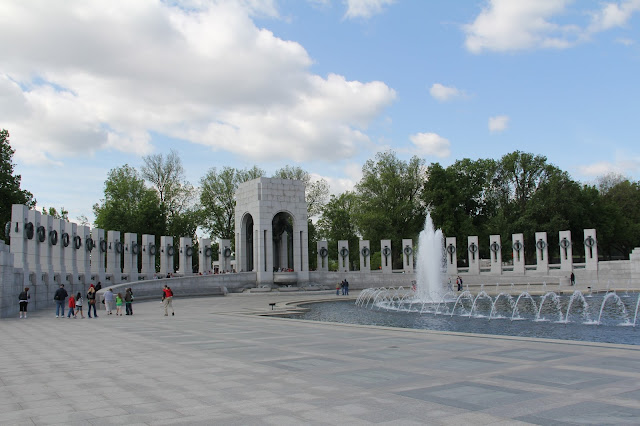 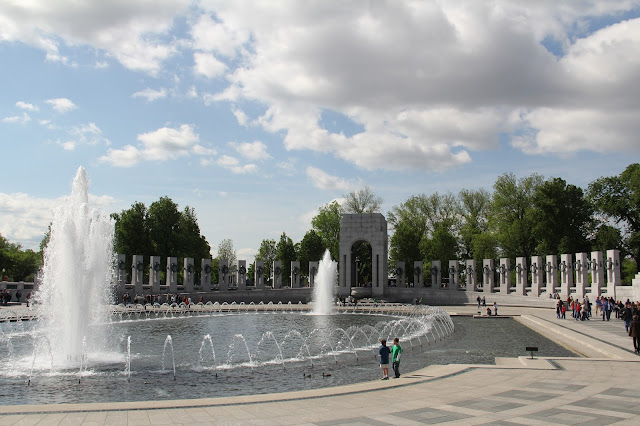 Towers to the Atlantic campaign and the Pacific campaign are flanked by pillars representing all of the states and territories of the US. 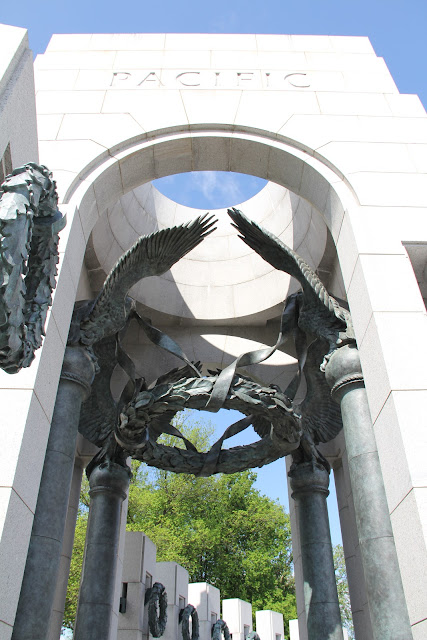 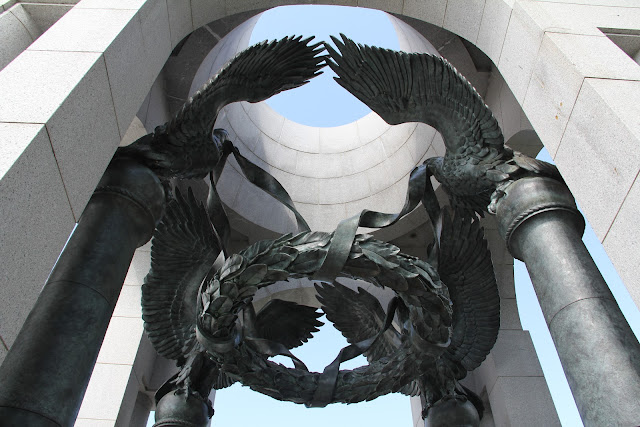 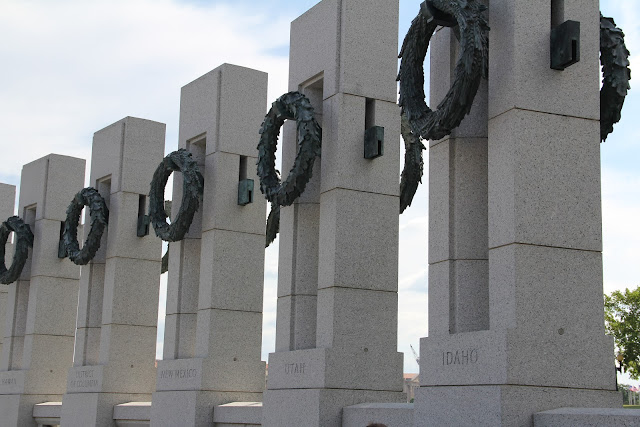 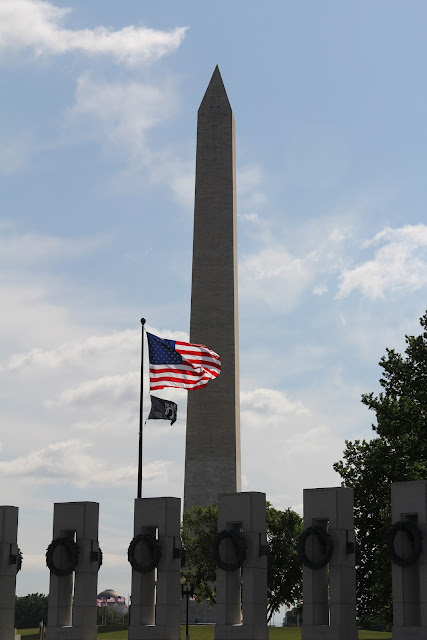 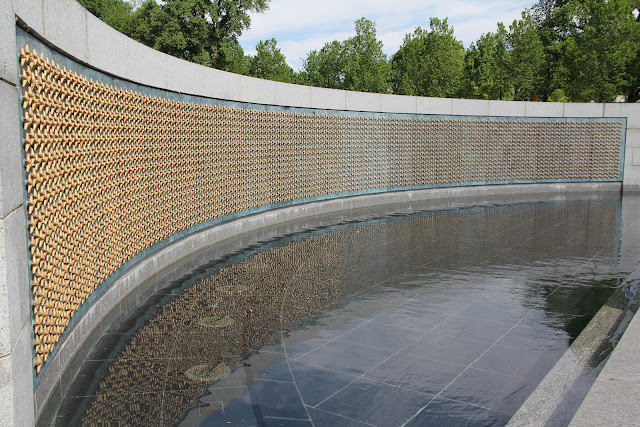 Each of 4,048 gold star represent 100 soldiers who died in the war. They fought and died to restore peace to the world. 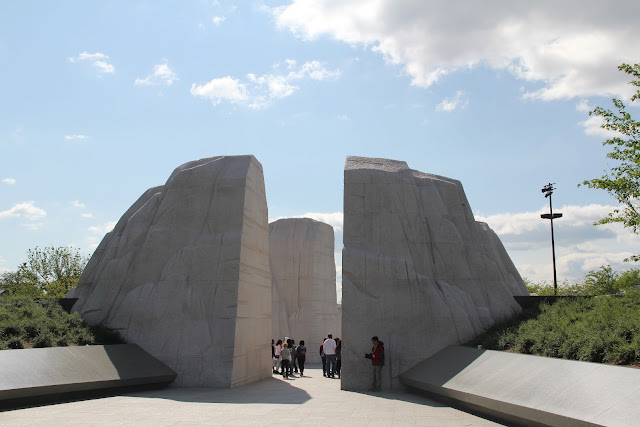 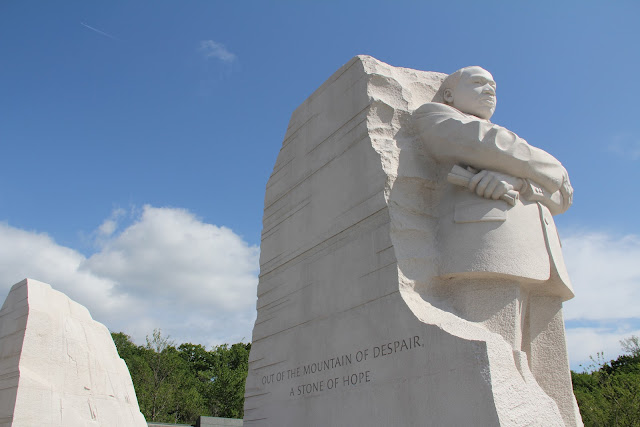 Located along the Tidal Pool between the Jefferson and Lincoln Memorials is the new Martin Luther King Memorial. 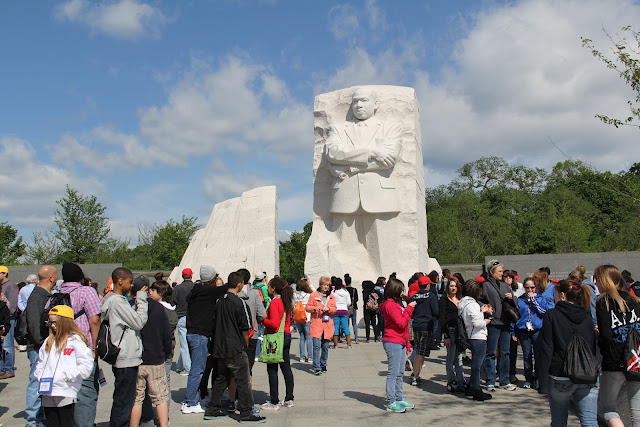 The mall and my hotel were full of student groups coming to enjoy the nation's capital. 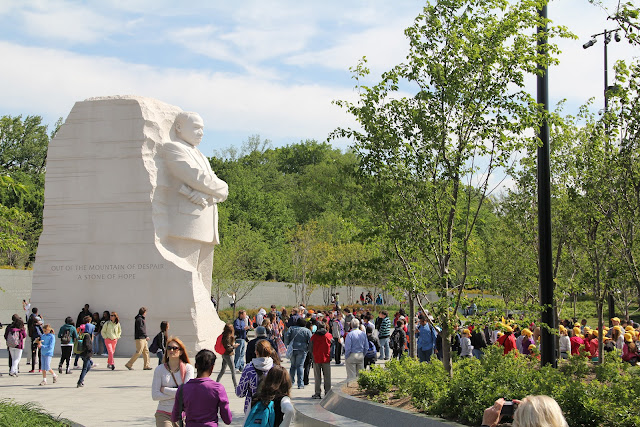 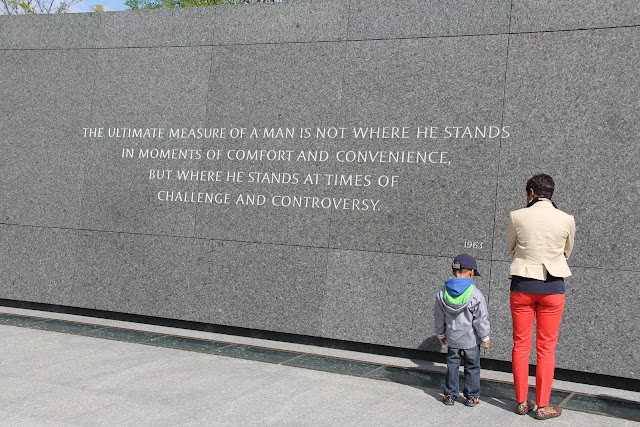 King fought to bring peace to a racially divided land. Standing up against fascism, racism and the mistreatment of women are all important ways of establishing peace. 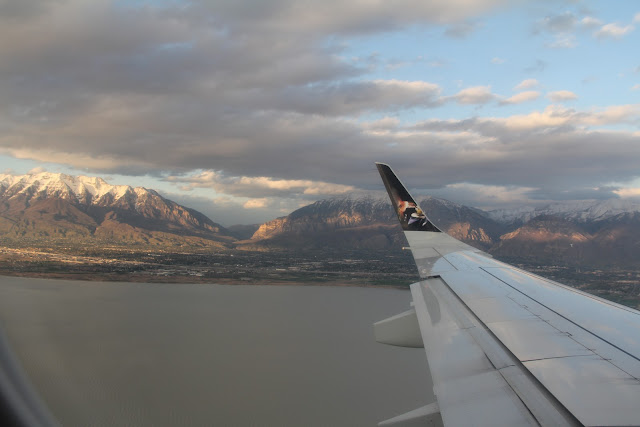 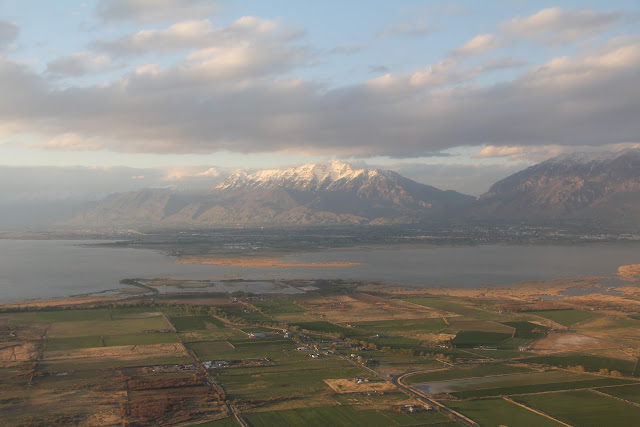 Flying back in to mostly peaceful Provo. The small Provo airport is located on the north/far side of the bay in the center left of the photo.