On and off for the past 12 years I have been gathering information for a book I am writing on the history of The Church of Jesus Christ of Latter-day Saints in Indonesia. In the past year a whole new section for my book has emerged as I have learned about Dutch Mormons who lived in the port city of Surabaya from 1915-49. I have interviewed three of these Saints who lived as children in Surabaya while their fathers served in the Dutch navy. They have mentioned other Mormons and provided some information about them. If any readers of this blog recognize some of the names and can provided additional information I would be very grateful. Of particular interest is knowing more about Surabaya converts Grace Vermeulen and a daughter in the Mann family and the experiences of Gonda Steijn and Jan Schuitema.

Here is part of what I have written:

The deep water port of Surabaya (Soerabaja) on the northeastern coast of Java was the main center for Dutch naval operations. It was also the first place where Latter-day Saints congregated and held religious services. These saints were Dutch mariners and their families who were stationed in Surabaya during the final decades of the Dutch colonial era.

The first known Latter-day Saint to live in Indonesia was Dutch navy machinist Pieter Vlam. He converted to the Mormon Church in April 1911in the Netherlands at age 15, just months before graduating from high school and then entering the Royal Netherlands Naval College. After three years of naval training, Vlam began his first three year tour of duty in the Dutch East Indies in August 1915. Always a missionary, Vlam preached the gospel to friends in Surabaya.[1]
One of those friends may have been mariner Ari Jongkees whose first tour of duty in Surabaya began in 1917. Back in the Netherlands at the navy base in Den Helder, Vlam, who was now an ordained elder and president of the Den Helder Branch, continued, or perhaps began, to teach Jongkees about the church which lead to his baptism in 1923. Jongkees’ second tour of duty, now as a Latter-day Saint—lasted from 1924-26. Vlam’s second tour of duty in Surabaya, in which he oversaw the test-driving of the new K-10 submarine, was during this same period of time. It is very likely that these two friends and brothers in the gospel joined together for religious meetings during their stay in Surabaya.

In 1928 Arie, his wife Jacomina and their two children Paul and Els sailed to Surabaya for his third posting which would last five years. Daughter Jeannette was born in Surabaya in 1929.  Jacomina never joined the church and it was only later in life that three of the four Jongkees children joined.[2] 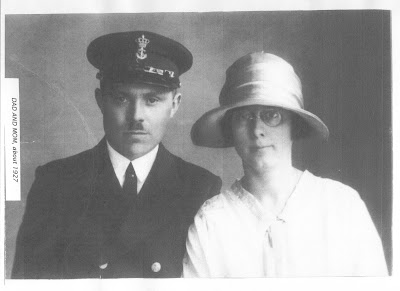 In 1928, the family of Jacob and Petronella Hendrikse also moved to Surabaya for a six year posting. Petronella converted to the church while living in Rotterdam. When she married Jacob he was a widower with two young boys. Jacob’s grandmother was Mormon, but it was the influence of his wife that finally brought about his baptism. In 1927, soon after getting married and being baptized, Jacob was assigned to serve in Surabaya. Once there he realized that it was possible for his family to join him so a year later Petronella along with eight year old John and three year old Jacob Jr. sailed to Surabaya. 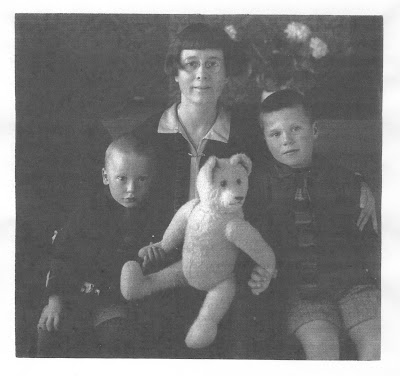 In their home in the Darmo area of Surabaya, Petronella made sure that Sunday services were held. Jacob had not yet been ordained to the priesthood so he was unable to bless and pass the sacrament to his family. At some point, the Hendrikes family linked up with Ari Jongkees and when he was in port he was able to officiate in the ordinance of the sacrament. Jacomina Jongkees did not attend the services and neither did her children. At some point during 1928 in the home of Jacob and Petronella Hendriske the first known LDS Sacrament meeting was held in the islands of Indonesia.[3] 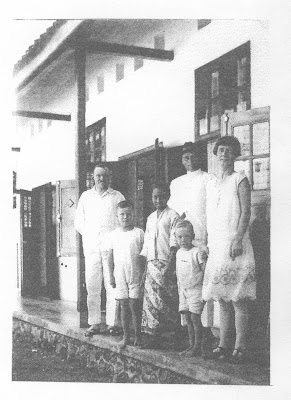 Arie Jongkees noted in his journal that during this time the Mann family also met with them for services and that he baptized the Mann daughter. This girl is most likely the first Latter-day Saint to be baptized in the land of Indonesia.[4]

The Hendriske family returned to the Netherlands in 1934. That same year, Pieter Vlam returned to Surabaya for his third tour of duty. Following his second tour in the East Indies, Pieter was assigned to work in a Swiss factory overseeing the manufacturing of machinery for Dutch submarines. He was encouraged to take the assignment in Switzerland by the Dutch mission president who told him he might meet his wife there. That he did. She was Hanna Gysler, the branch organist who at age 14 had joined the church with her mother. A few years later, when Pieter was assigned again to Surabaya, he was allowed to bring his wife Hanna and their two young children, Grace age three and Heber age one.

For the next four years, the Vlam family held church services every Sunday in their home at Bengawan Street 29 in the Darmo district. 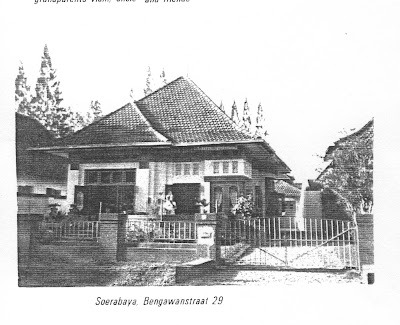 Brother Vlam would administer the sacrament and Hanna would play the piano. The couple also taught a Sunday School class for their two children and invited the children of several other Dutch navy friends to attend with a promise from the Vlams that they would stick to teachings from the Bible. In addition to this Sunday School class, Pieter also taught the Vlam children separately so that they would know how Mormonism differed from other Christian sects. One of these lessons about baptism and the proper authority to baptize made quite an impression on young Grace. Not long after this lesson, the Sunday School class had a lesson from the Bible about the baptism of Jesus. Afterwards, Grace (around six years old) expounded a little more on the topic of baptism and told the other Dutch children that they could not be baptized unless it was by the right authority and only her dad and the Mormon Church had the right authority. She must have been quite persuasive in her preaching for the children went home and told their parents they wanted to be baptized into the Mormon Church! The parents were not as accepting of this baptismal challenge and accused the Vlams of going against their word. Things were soon sorted out when it was discovered that young Grace was the one doing the missionary work and all was forgiven.[5] 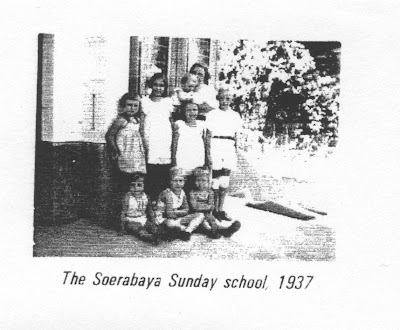 The one baptism that did occur was that of Grace Vermeulen on May 2, 1937, by Pieter Vlam.[6]
Grace remembers this time in the East Indies as “golden.” Her father liked it too and tried to extend his tour of duty, but because of a superior officer, who “hated Mormons” and who worked hard to destroy Vlam’s career, the Vlam family, now including baby Vera who was born in Surabaya, felt that their only option was to return to the Netherlands. Luckily, they were granted special permission to return the long way via Salt Lake City where they were sealed in the Salt Lake Temple in June 1938.[7] 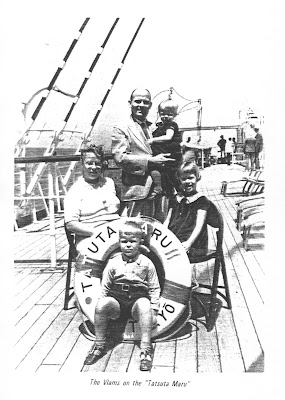 That same year the Hendrikse family returned to Surabaya for another tour of duty. Jacob Senior had spent the previous year in Germany to learn about propeller making. There he witnessed firsthand the growing militarization of Germany. When he returned to Holland he jumped at a chance to go back to the East Indies to get out of the brewing European storm. They again set up house in the Darmo district, but then eventually moved south to Lawang which was up in the hills and therefore much cooler. By now two more sons Johannes William (born in Surabaya in 1930) and Cornelius had joined the family. The one other Mormon in the area at this time was Sister Gonda Steijn. Her husband (also with the Dutch Navy) was not a member.

The Hendrikses were still stationed on Java when the Japanese invaded in March 1942. Oldest son John had joined the Navy in 1937 and Jacob had joined the Marines (the only military branch that would accept a 16 year old) in 1941. Jacob was taken prisoner at the battle of Jombang. He was on the last line of Dutch defense before being over-run by the Japanese. John was stationed on a destroyer that was sunk during a battle on the Java Sea. He was picked up by an allied ship and returned to Surabaya. From there he went back into battle on another destroyer. That ship was sunk near Bali and John was also taken prisoner by the Japanese. Jacob Senior, whose job it was to keep the propellers operating on PBY sea planes, was taken prisoner in Cilacap—from where Dutch soldiers were attempting to sail to the safety of Australia. 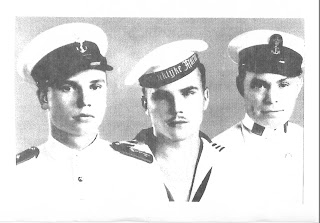 Following the fall of Java, Petronella and the two younger boys who were still living in Lawang were taken by the Japanese along with Gonda Steijn and her two children. These two Mormon women and their children were held for the rest of the war in a civilian prison camp on Java. While never talked about, Petronella experienced physical beatings that left her nerves damaged and severely restricted her ability to walk in later years.[8] 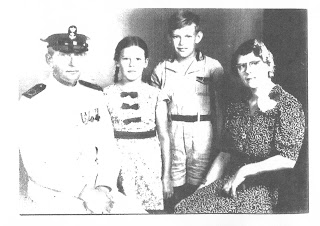 Jacob Sr. spent the rest of the war in a Japanese camp in Palembang on Sumatra. Young Jacob Jr. sailed on a “Hell Ship” to Singapore where he coincidentally ran into John. The two brothers were then sent to Burma where for over two years they worked together on the Japanese railroad made famous in the movie “The Bridge on the River Kwai.” During this time John died (age 23) of what Jacob thinks was a combination of malaria, malnutrition and beatings. Jacob then spent time building airstrips for the Japanese in Thailand. With the end of the war, the Hendrikses all returned to the Netherlands where Jacob befriended and then eventually married the fiancé of his deceased brother John.[9 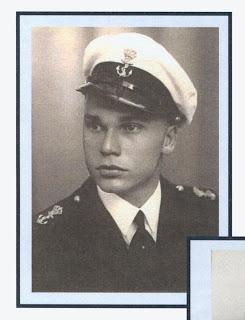 Jacob Hendrikse Jr.
While the Hendrikse family was dealing with Japanese internment, back in the Netherlands Pieter Vlam was arrested by the Germans and interred in several German prisoner of war camps.  During his captivity he openly talked about his religious beliefs which resulted in several conversions, including Paul Jongkees who as a child in Surabaya had known Pieter Vlam. Another POW who liked what he heard was Jan Schuitema. After an early release due to illness, Schuitema returned to Holland where he was baptized. After the war, he moved to Surabaya with his wife Ingrid and their children where services were once again held in a Mormon home. Occasionally a fellow Dutch solider named Adrian VanderHoeven would travel from Mojokerto to meet with them on Sunday. He had joined the church in the Netherlands in 1947 along his brother Ludy (who would later serve as the first branch president in Jakarta). During his posting on Java, Vanderhoeven “again experienced the anguish and cruelty of war.”[10] The Schuitema family left Surabaya in1949 when the Dutch withdrew from Indonesia thus bringing to a close a two decade long presence of Mormons in Surabaya.[11]
[1] November 29, 2012 letter from Grace Vlam, based on a three page typewritten resume of her father Pieter Vlam.
[2] Jeannette Jongkees Koning interview. July 3, 2012.
[3] Jacob Hendrikse interview, February 18, 2012
[4] Jeannette Jongkees Koning interview. July 3, 2012.
[5] Grace Vlam interview, May 14, 2012.
[6] November 29, 2012 letter from Grace Vlam, based on a three page typewritten resume of her father Pieter Vlam.
[7] Michael De Groote. Finding faith in Stalag 371. Deseret News, January 29, 2009.
[8] For an excellent description of a Dutch girl’s experiences in one of these camps see Kitty De Ruyter’s As I  Have Loved You (Covenant Communications, 1994). Following WWII, Kitty moved back to the Netherlands where she joined the LDS Church.
[9] Jacob Hendrikse interview, February 18, 2012
[10] December 19, 2012 obituary in the Deseret News. http://www.legacy.com/obituaries/deseretnews/obituary.aspx?n=adrian-vanderhoeven&pid=161819632#fbLoggedOut
[11] Grace Vlam interview, June 28, 2012