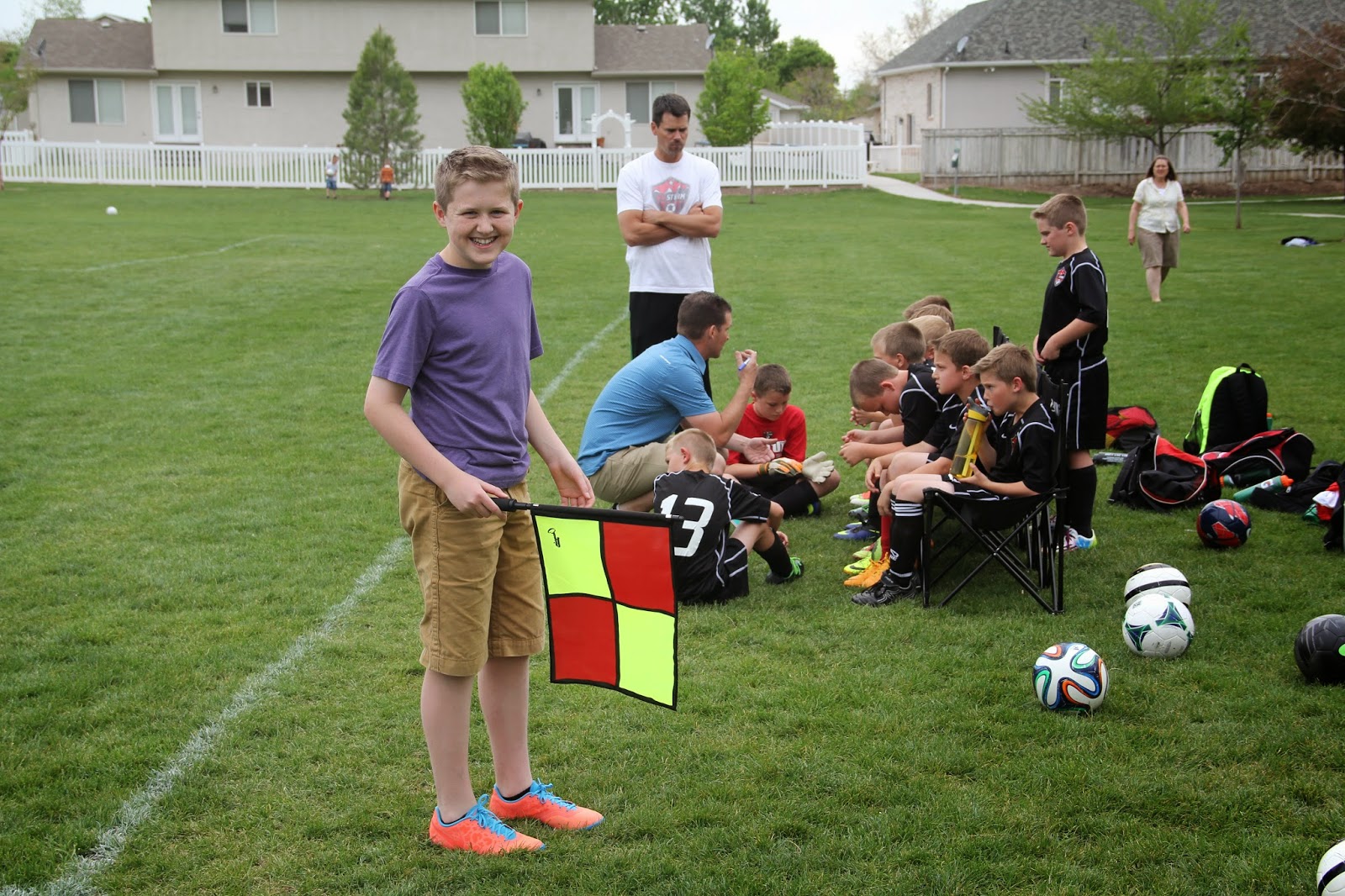 This evening was Will's Utah Storm team's second game in the post season tournament (they lost the first tournament game last Saturday to an undefeated American Fork team 6-0). One of the line referees didn't show up so Joel was recruited on the spot to do the job (and earn $6). Will's team of nine year olds has played up a year in the 10 year old league. They have done surprisingly well against bigger teams. 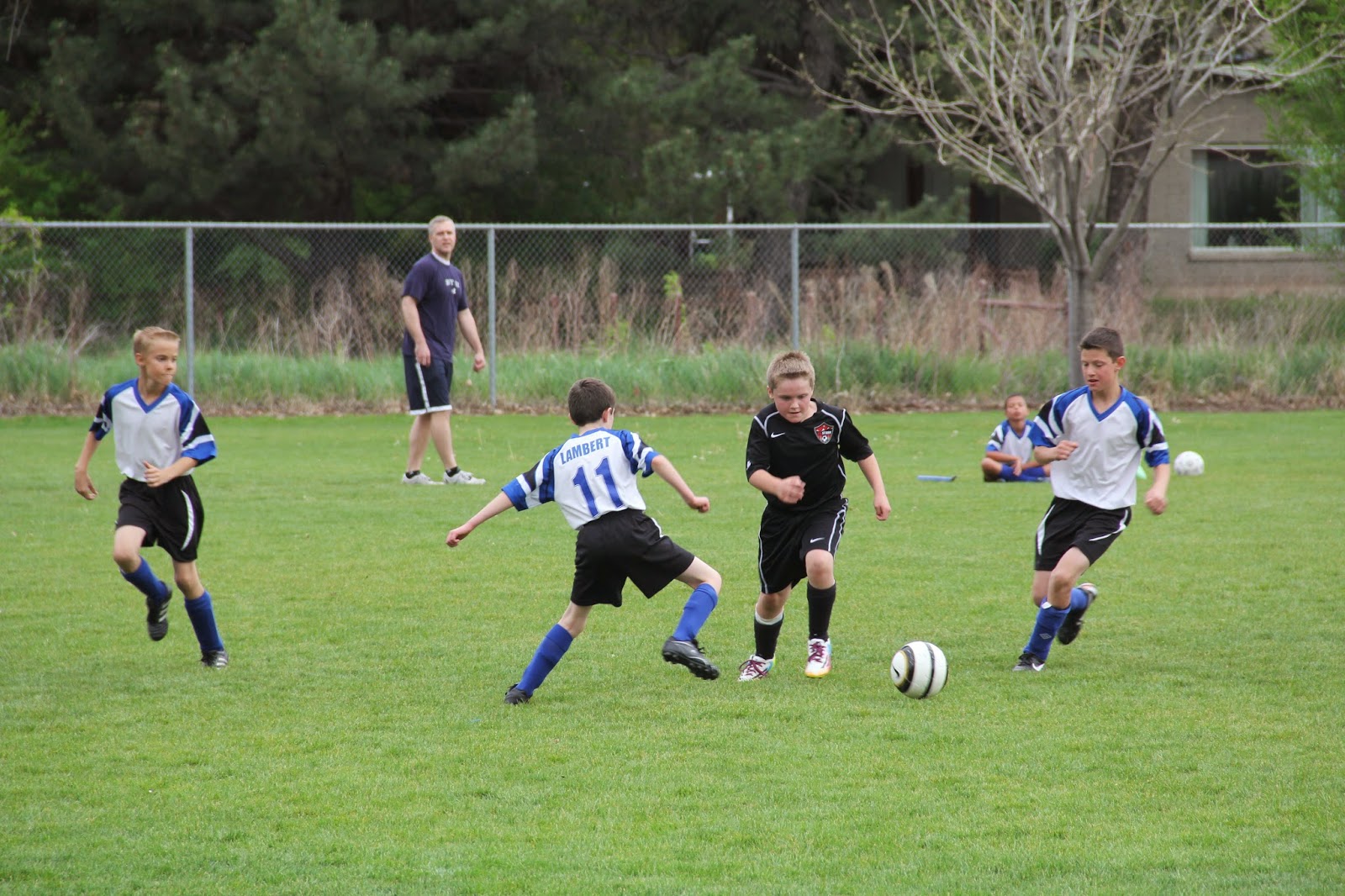 Storm started out slow 0-1 and then reached 1-1 by half. Then Will and the rest of the team kicked it into gear. End score was 7-2 with four goals scored by Will with a fifth "own goal" coming off of another Will kick. 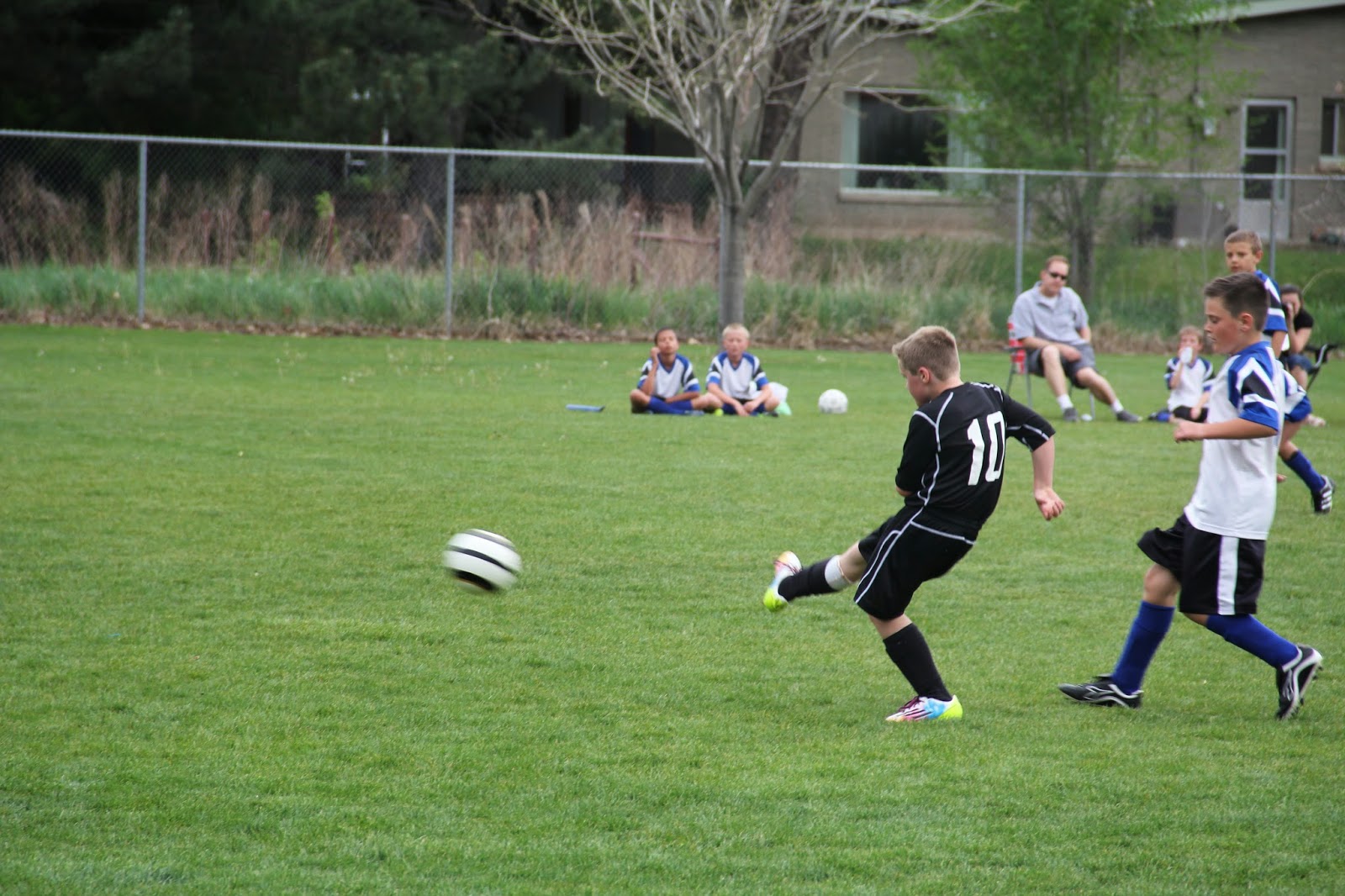 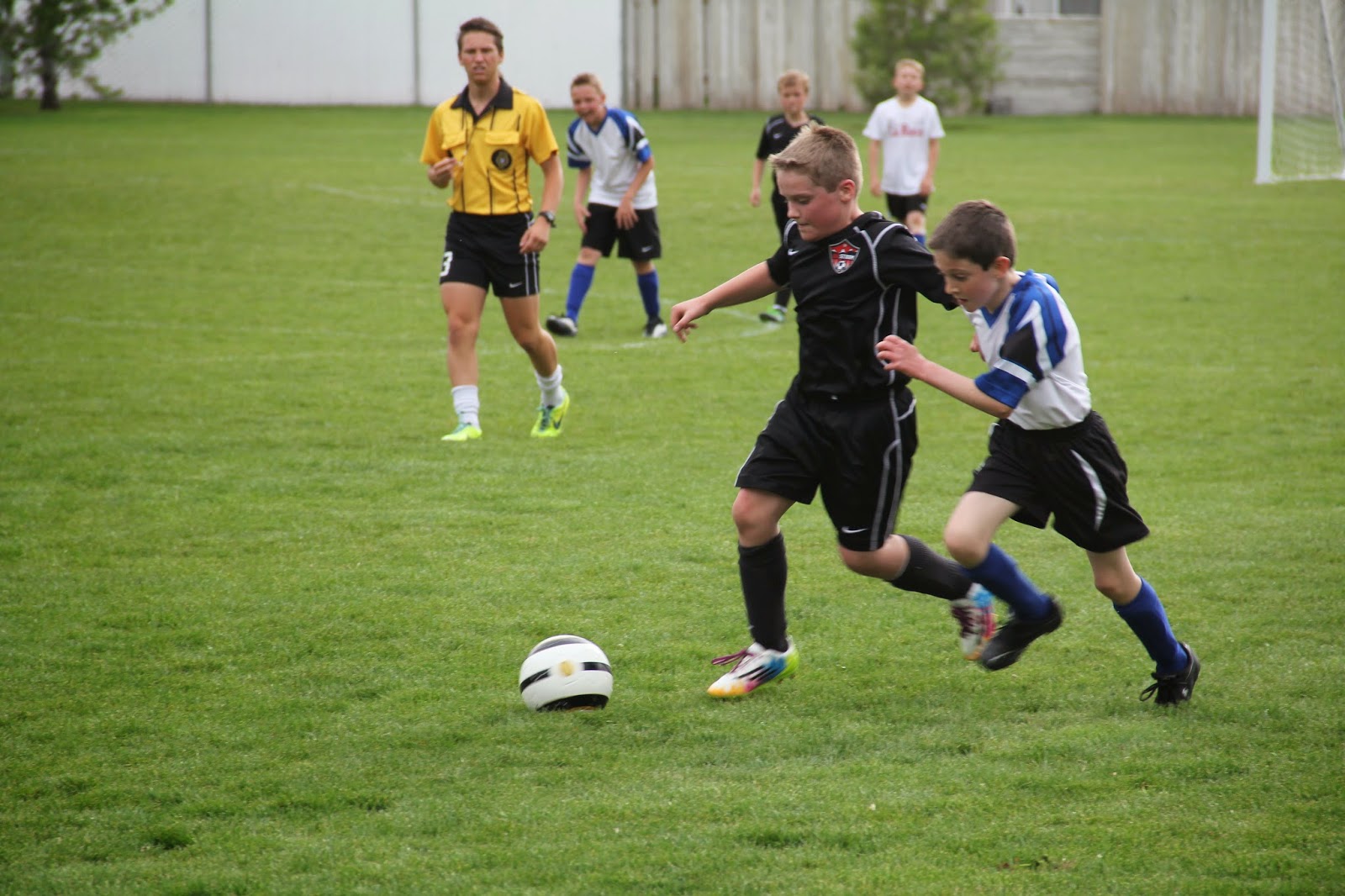 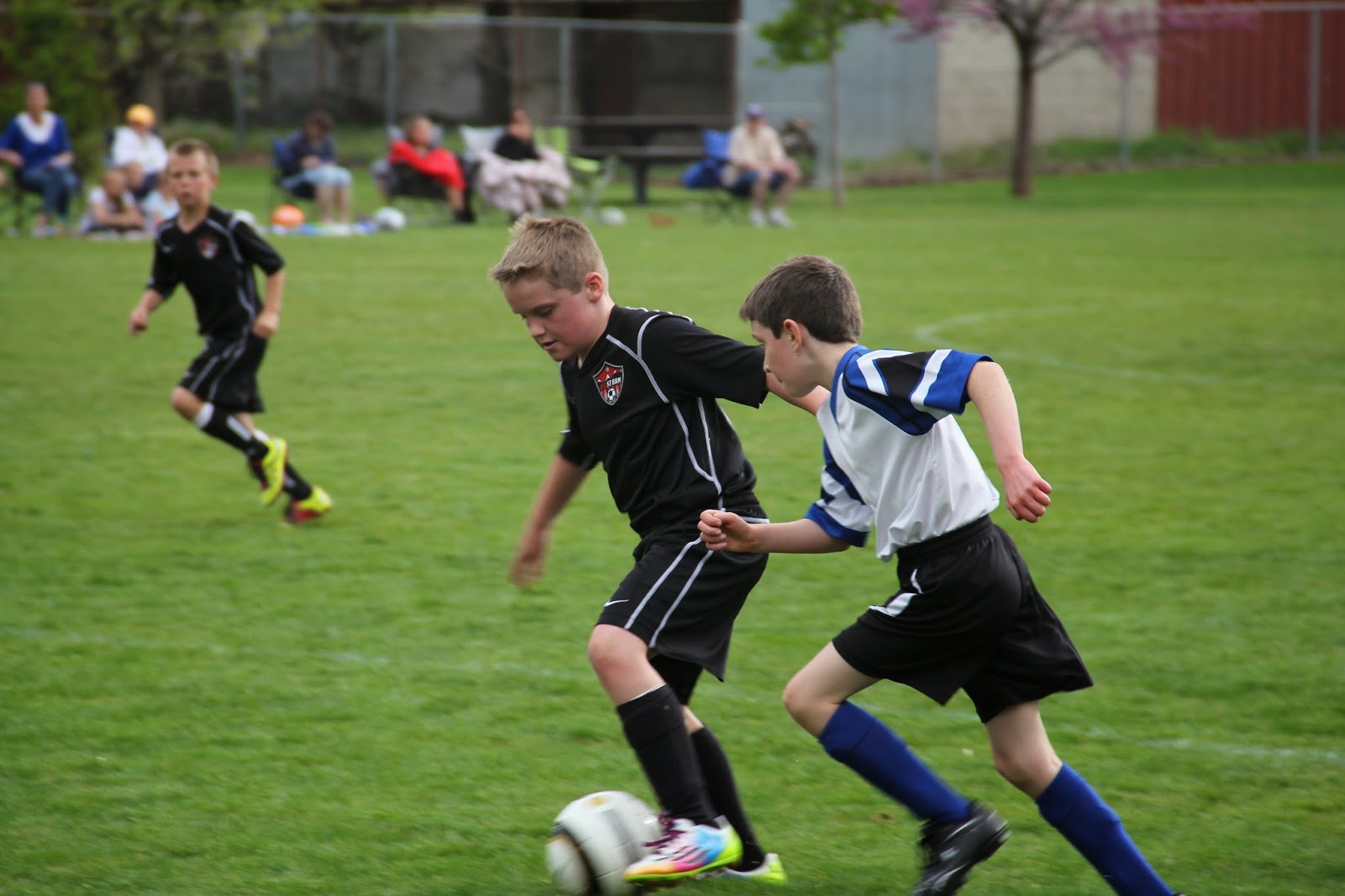 
A clip of great ball handling and a hard kick that was too high. 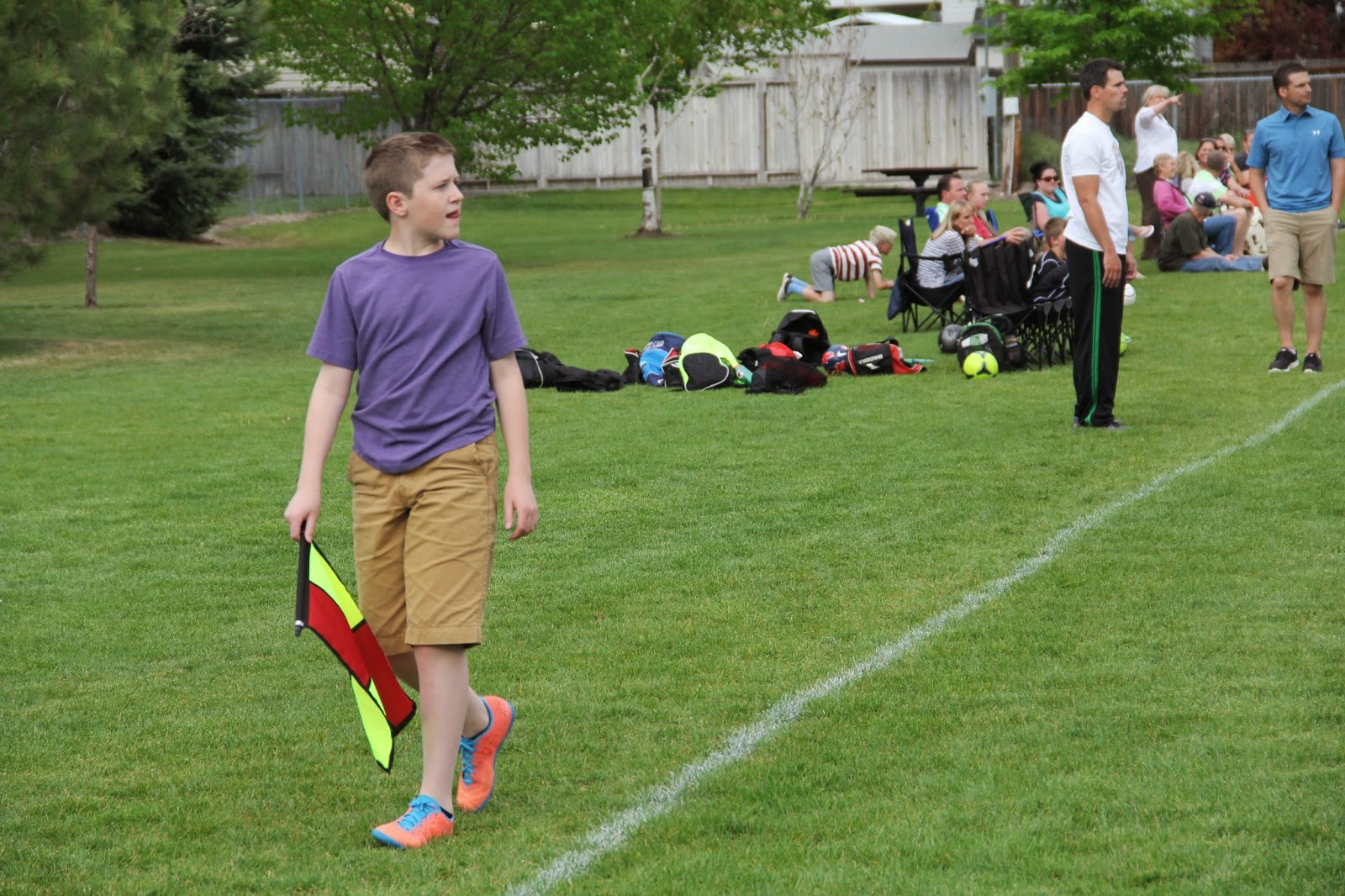 To see a clip of the second goal. click here. 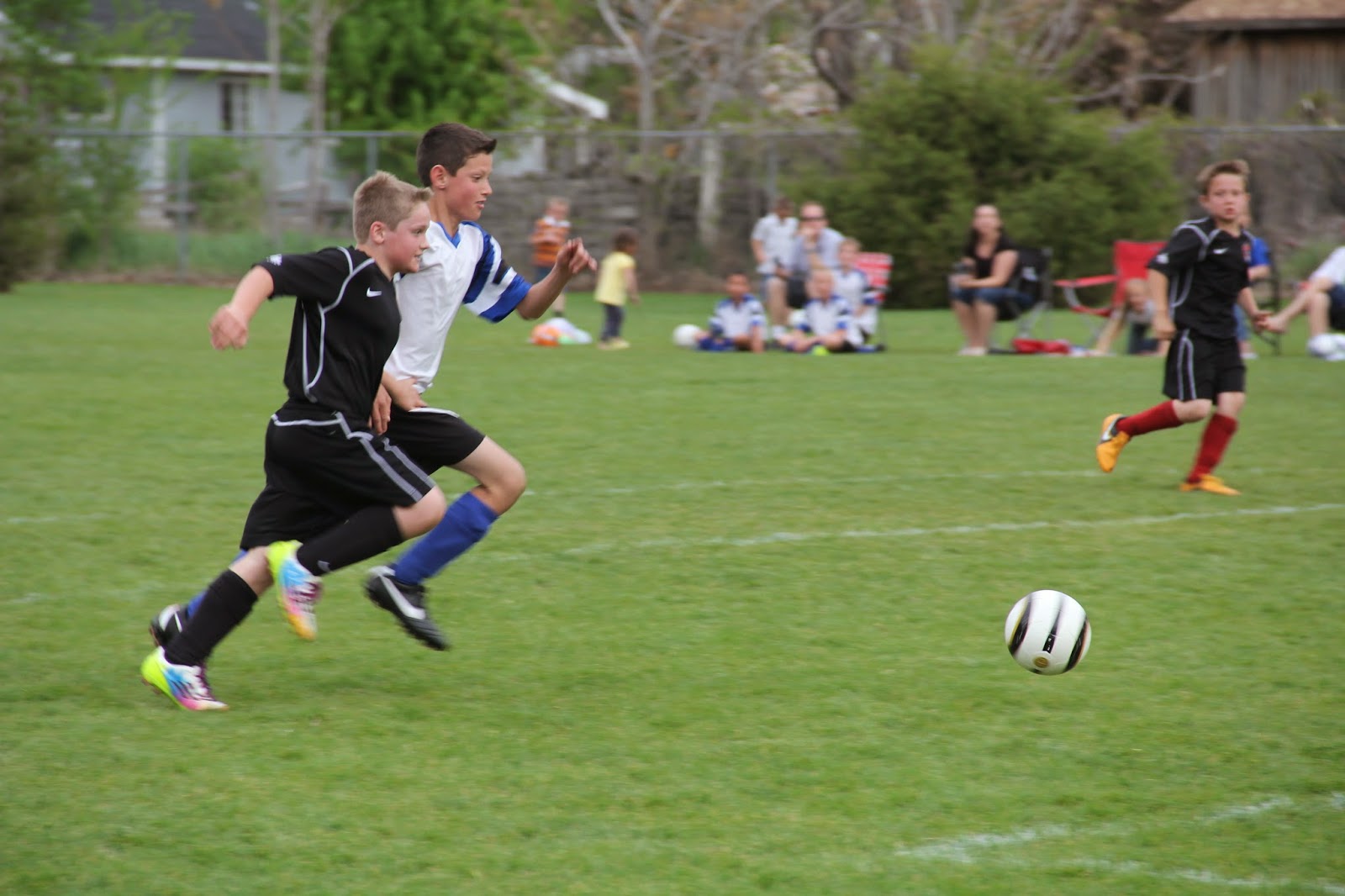 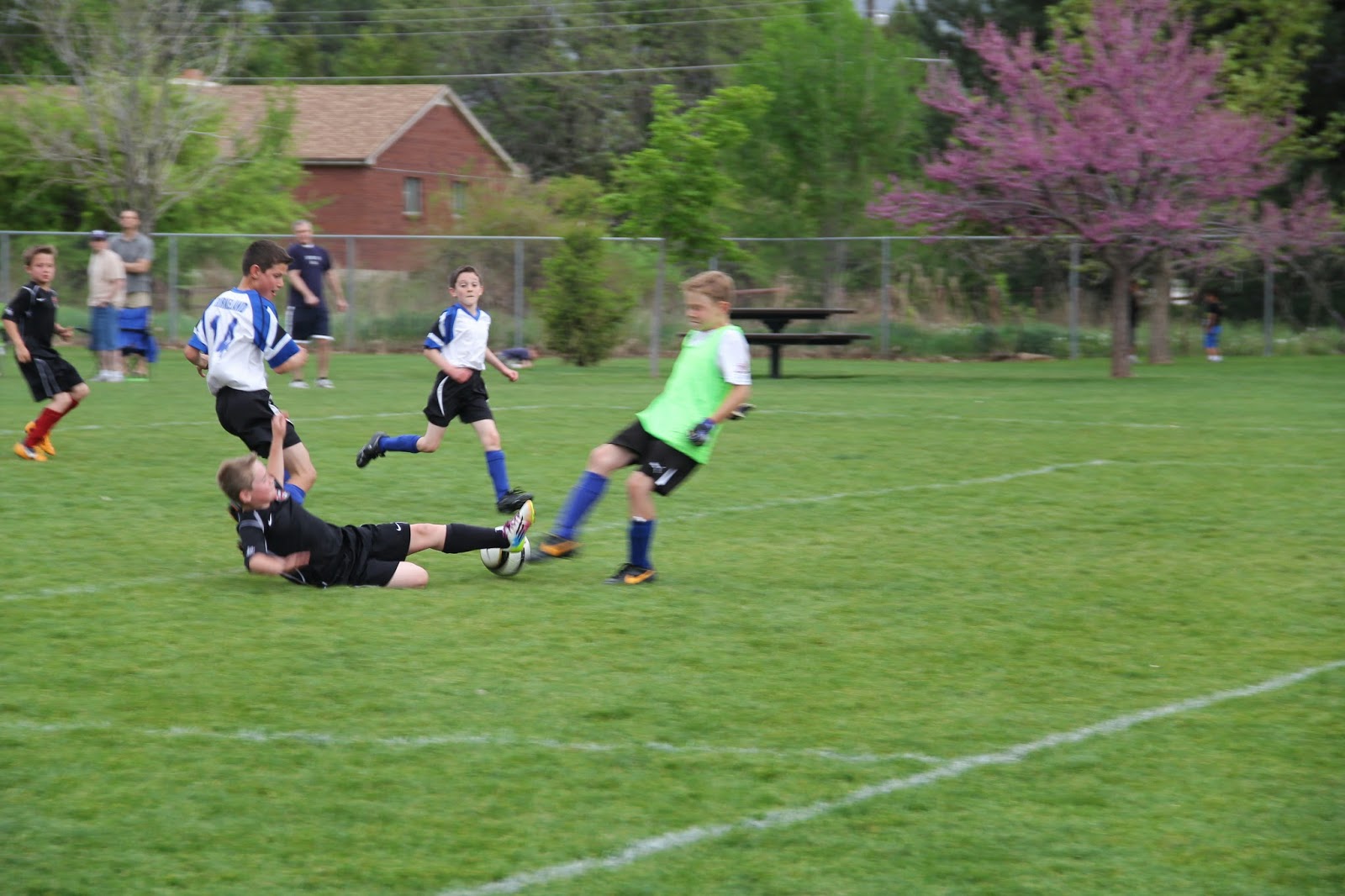 Will kicks the ball towards the goal and then slides down as ball bounces off of two opponents and in for an "own goal" score. 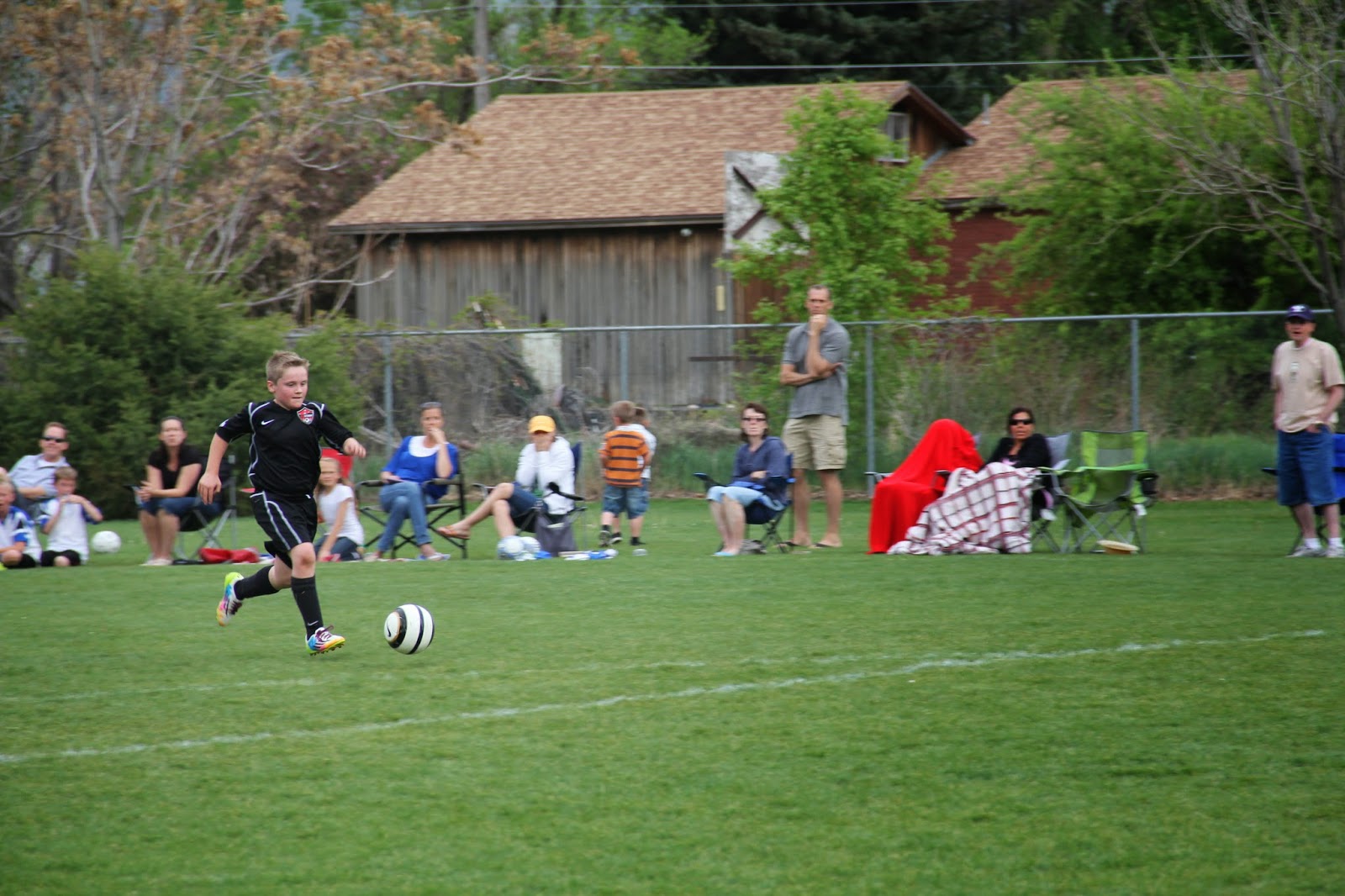 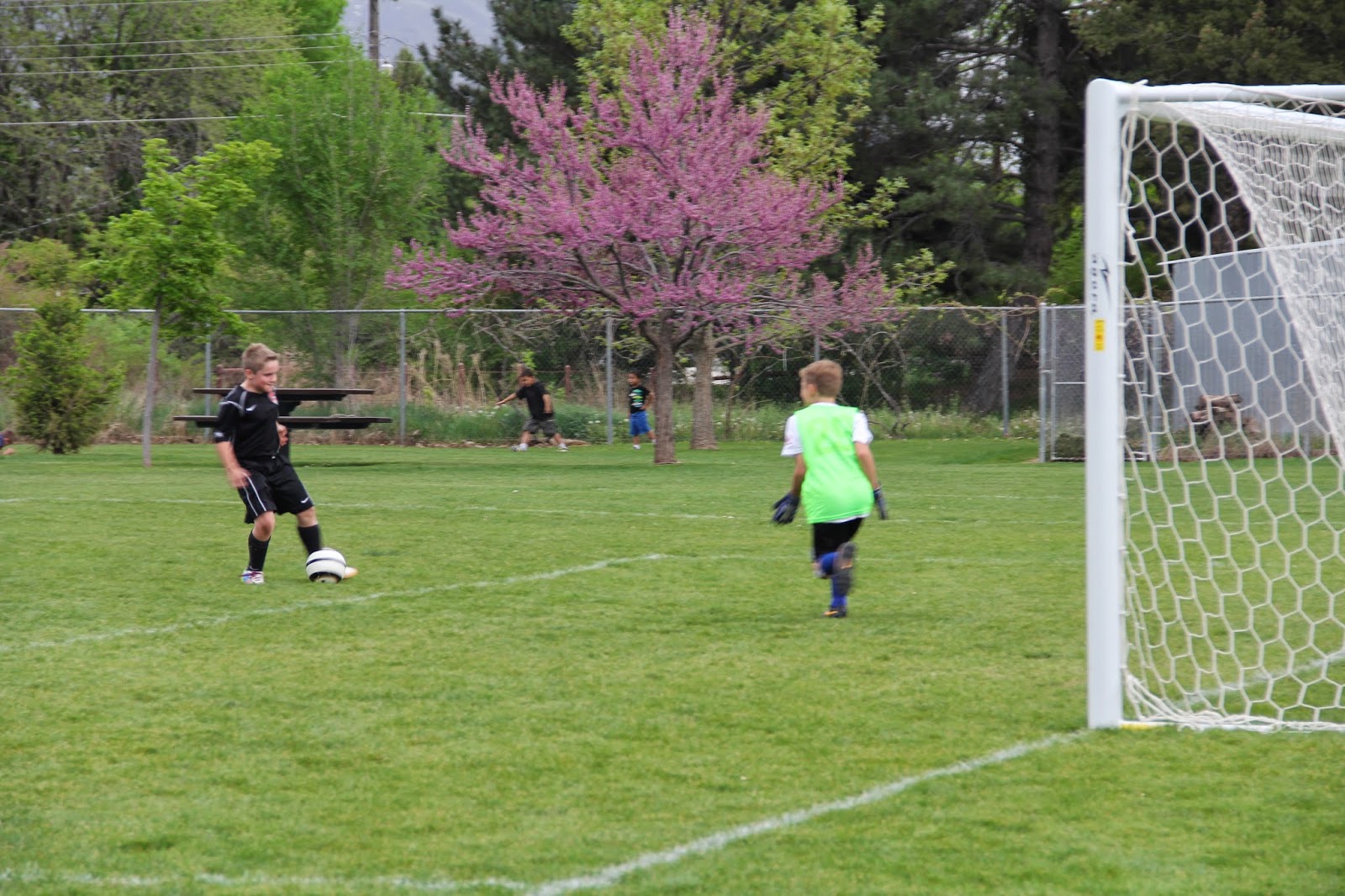 In for his third goal. 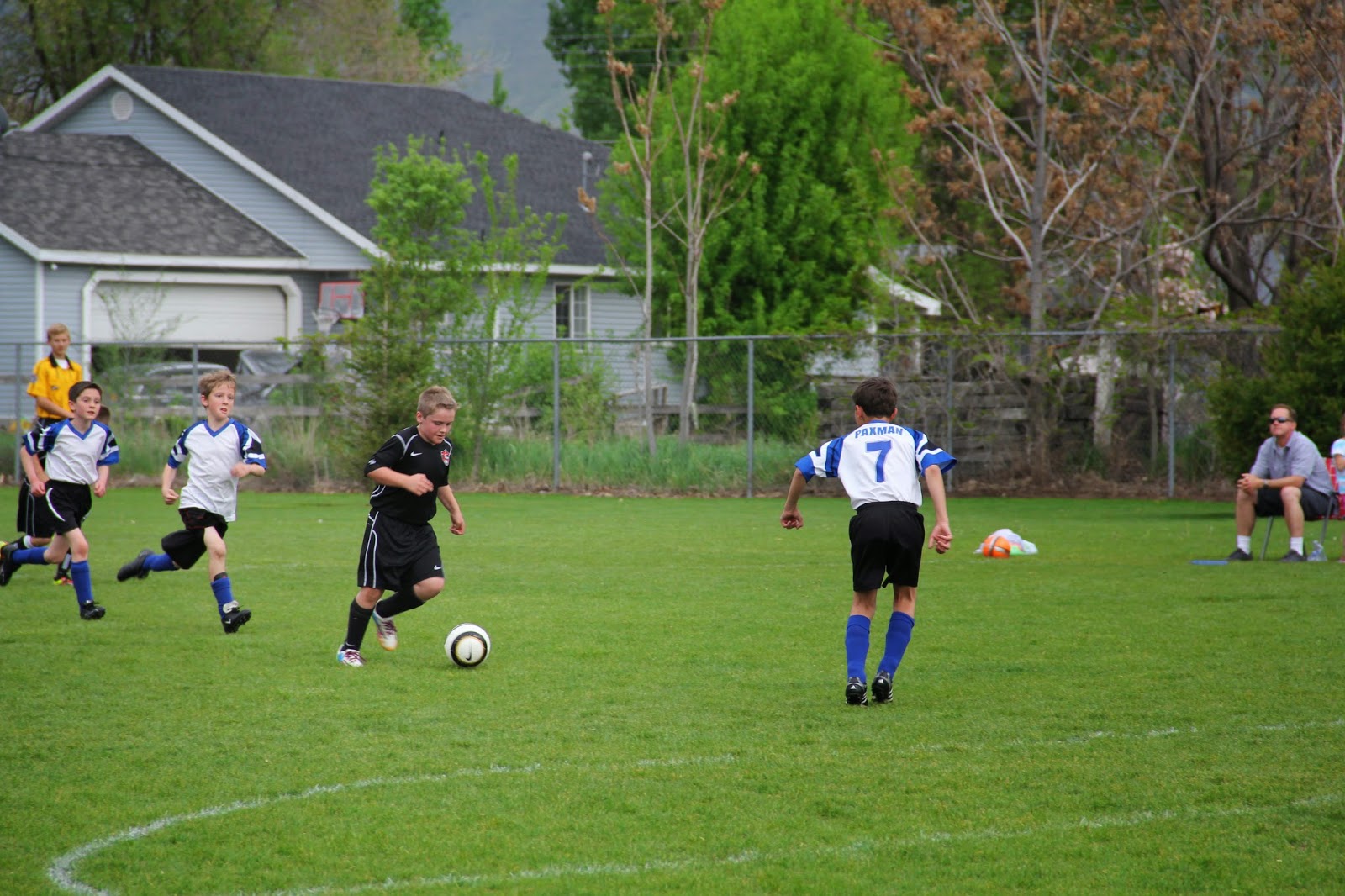 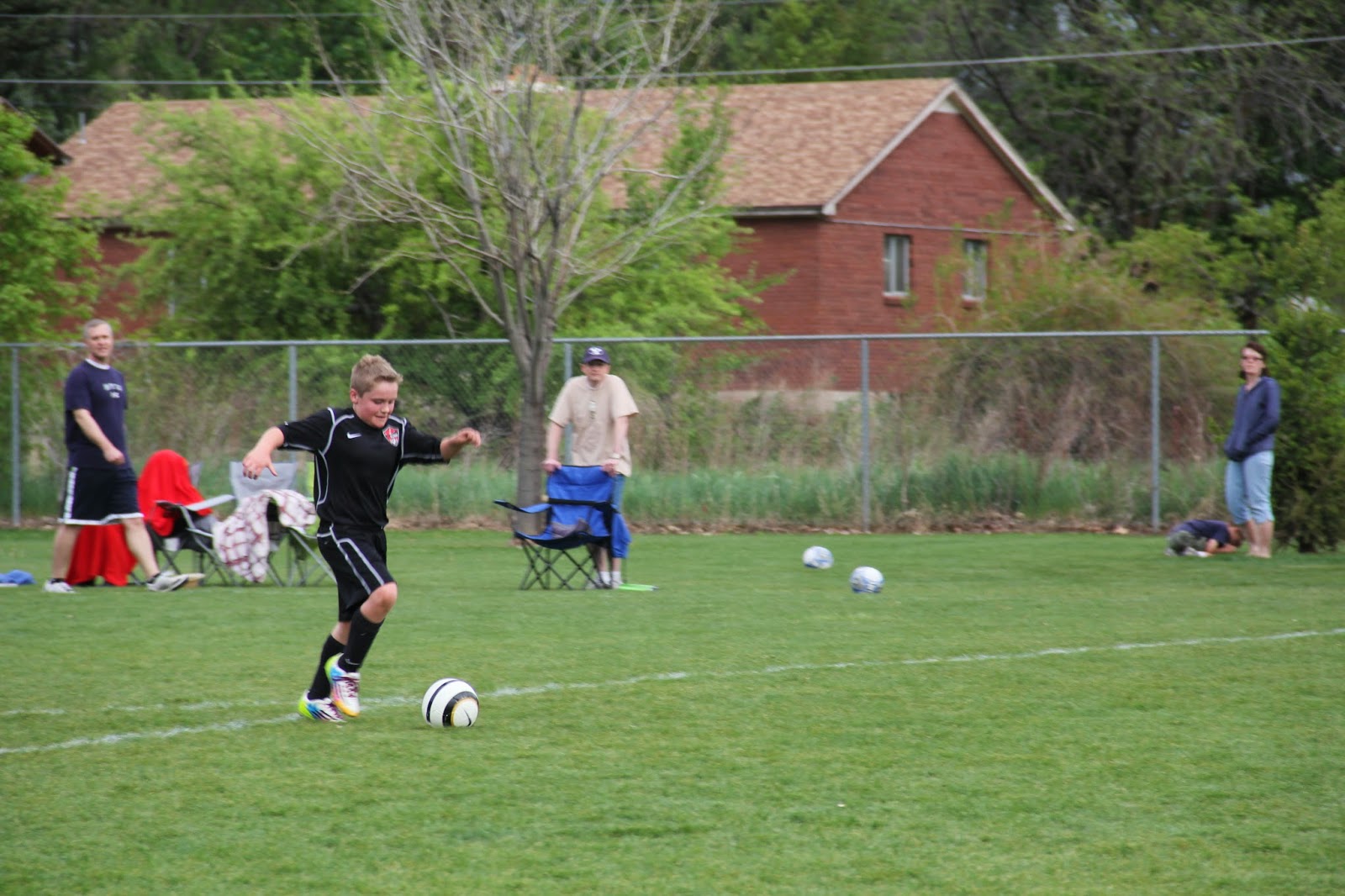 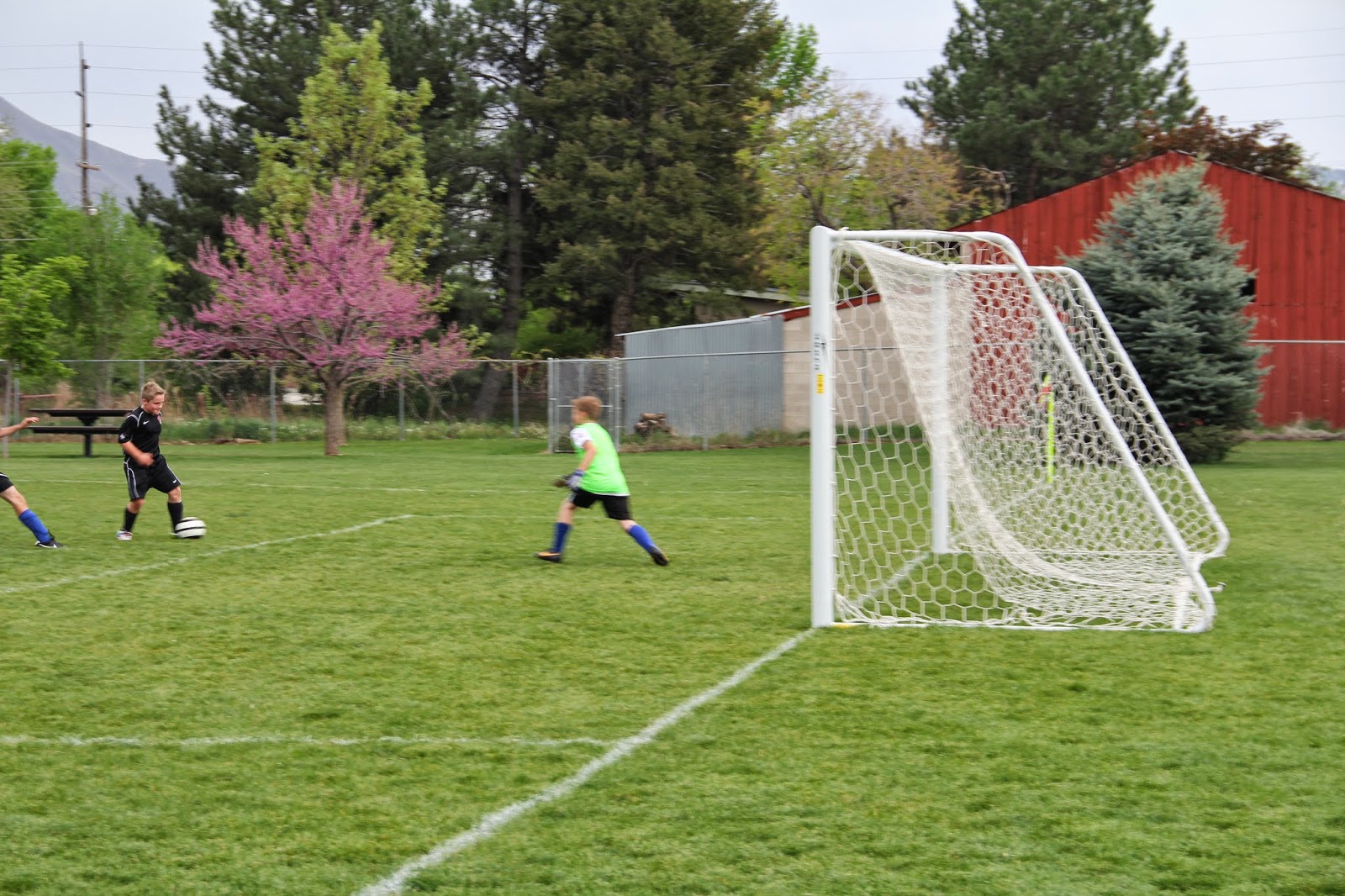 Lining up the fourth goal. 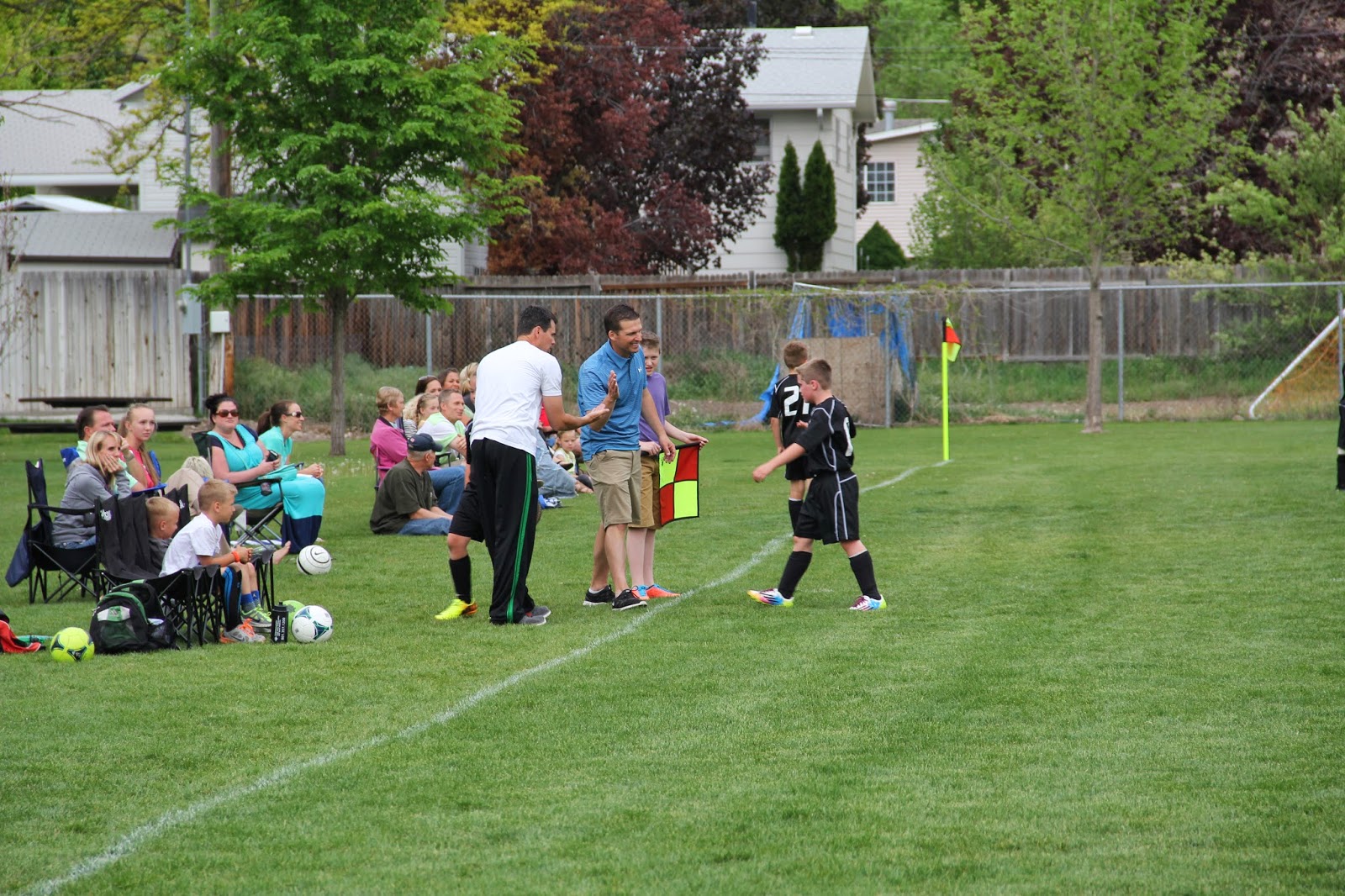 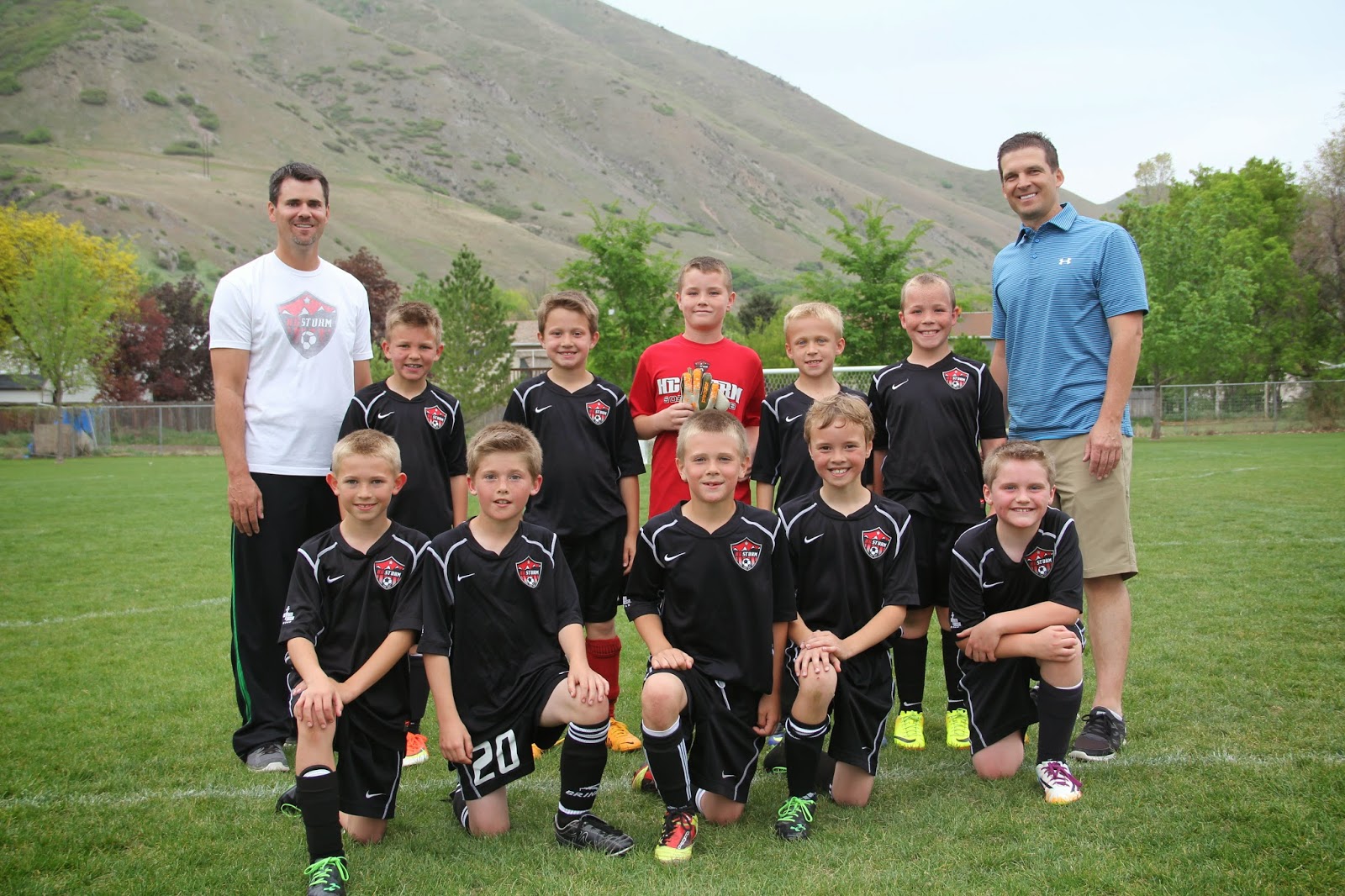 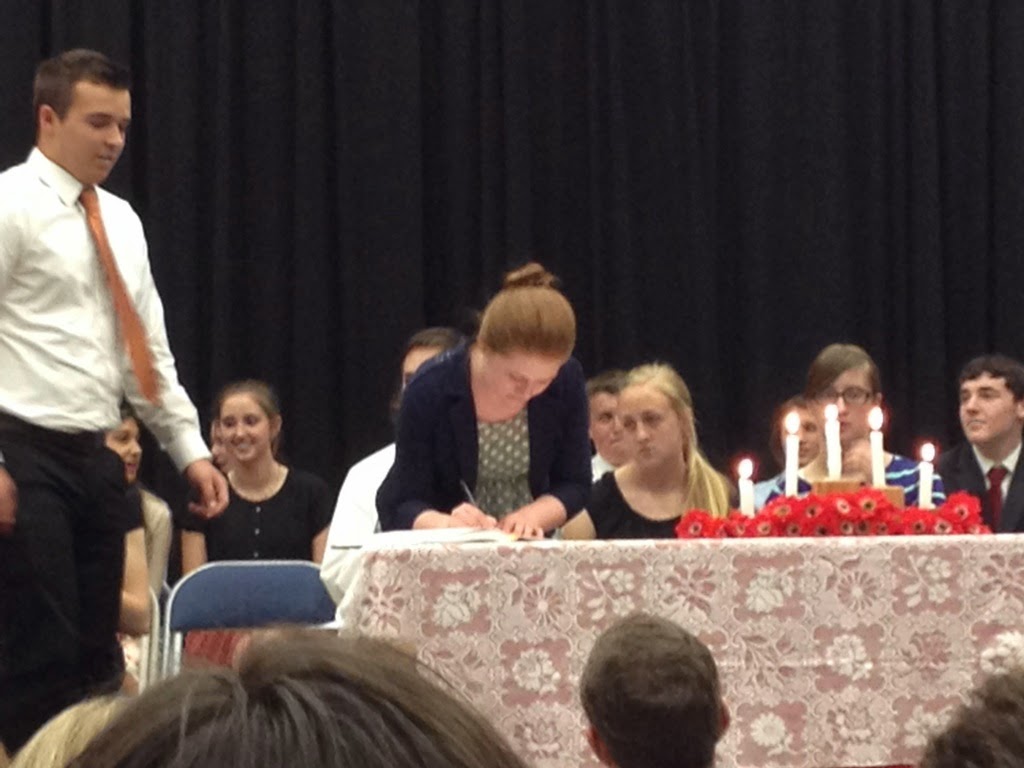 Meanwhile, Sarah was being inducted into the National Honor Society. G-O-A-L!
Posted by chad at 9:58 PM