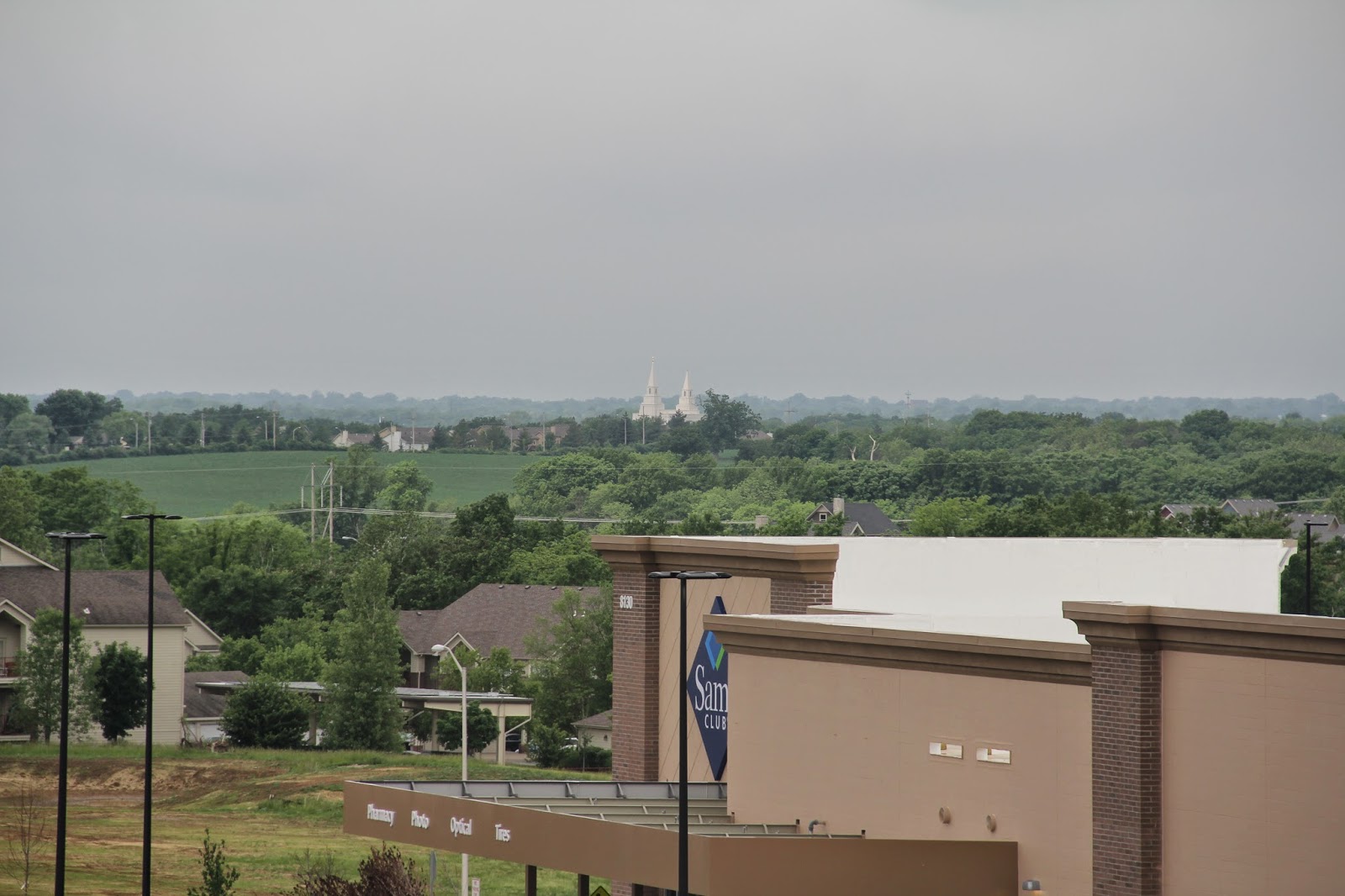 Looked out our hotel window this morning and what did we see? The Kansas City LDS Temple. We made that the first stop of the day. It is two years old. 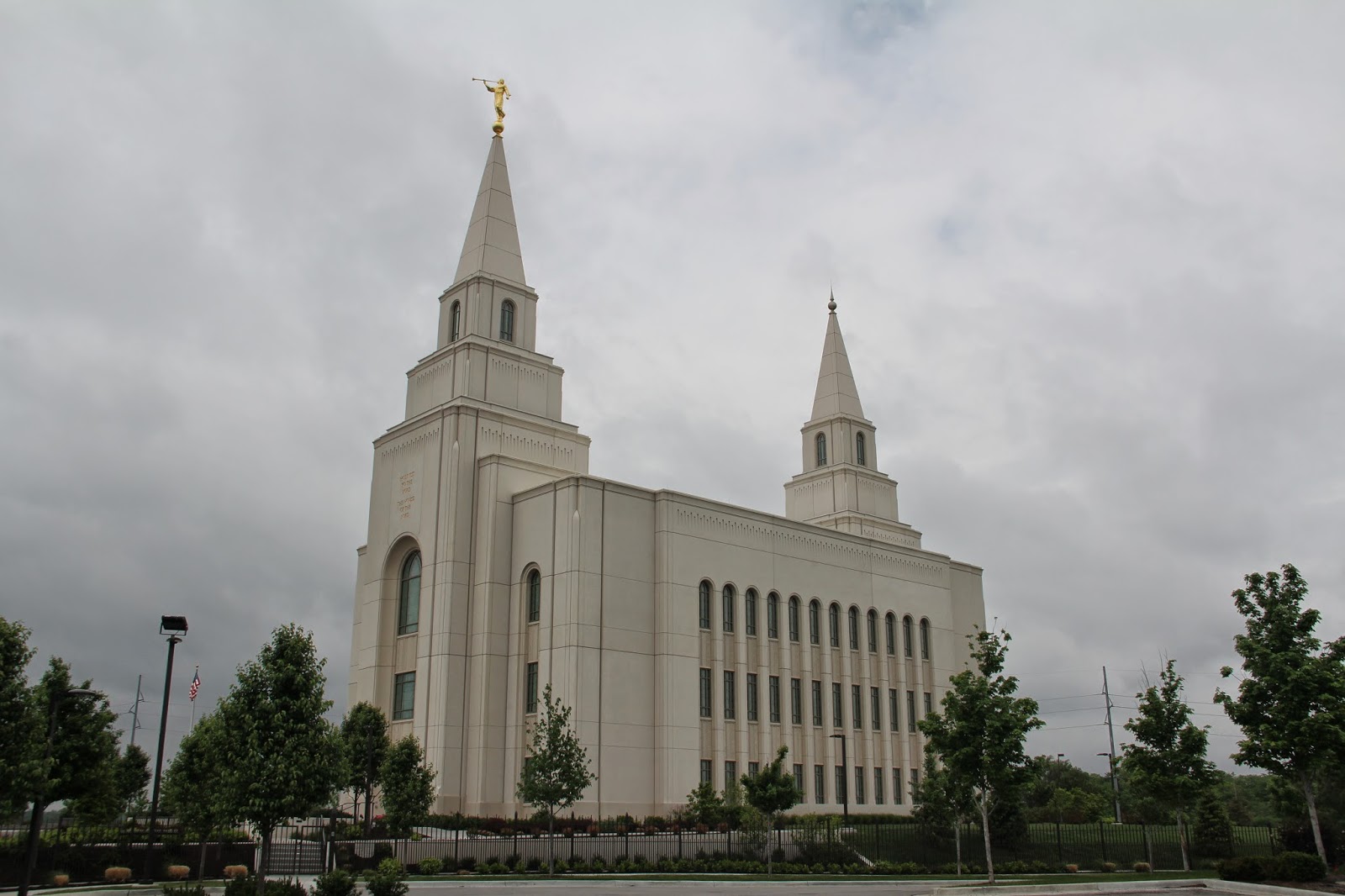 Years ago when President Hinckley announced the plan to build more temples (mostly smaller temples) throughout the world so members would not have to travel so far, I decided to have the students in my world geography class make educated guesses about where they thought future temples might soon be built based on distance and need. There were some obvious gaps in the map of temples and so it seemed like a fun geographic exercise. Perhaps not wanting to out guess the prophet, I got very few comments in class that day. Over the next two decades it has been fun to watch those gaps fill in, particularly across the US. Within a decade of building temples in most every region of the US, the biggest temple-less gap soon became obvious--the Kansas City/Independence area. I think most members thought that location was being saved for a temple on the already dedicated lot in Independence. I was surprised when the Kansas City temple was announced.

We then drove across Missouri listening to a new greatest hits of Pete Seager CD (in terms of 60s protest singers Sarah decided she likes Peter, Paul and Mary better) , Sarah's i-pad play list (it has taken a few years but I now can sometimes identity, some times mix up, Sarah Bareilles, Adel, _____ Dragons, and Cold Play), the best of the Carpenters until Marie decided that all of their songs were too sad, and Bye Bye Birdie (Sarah knows the lyrics to all of the songs).  Driving into St. Louis via I-64 we passed another LDS temple. Our destination was the Gateway Arch. 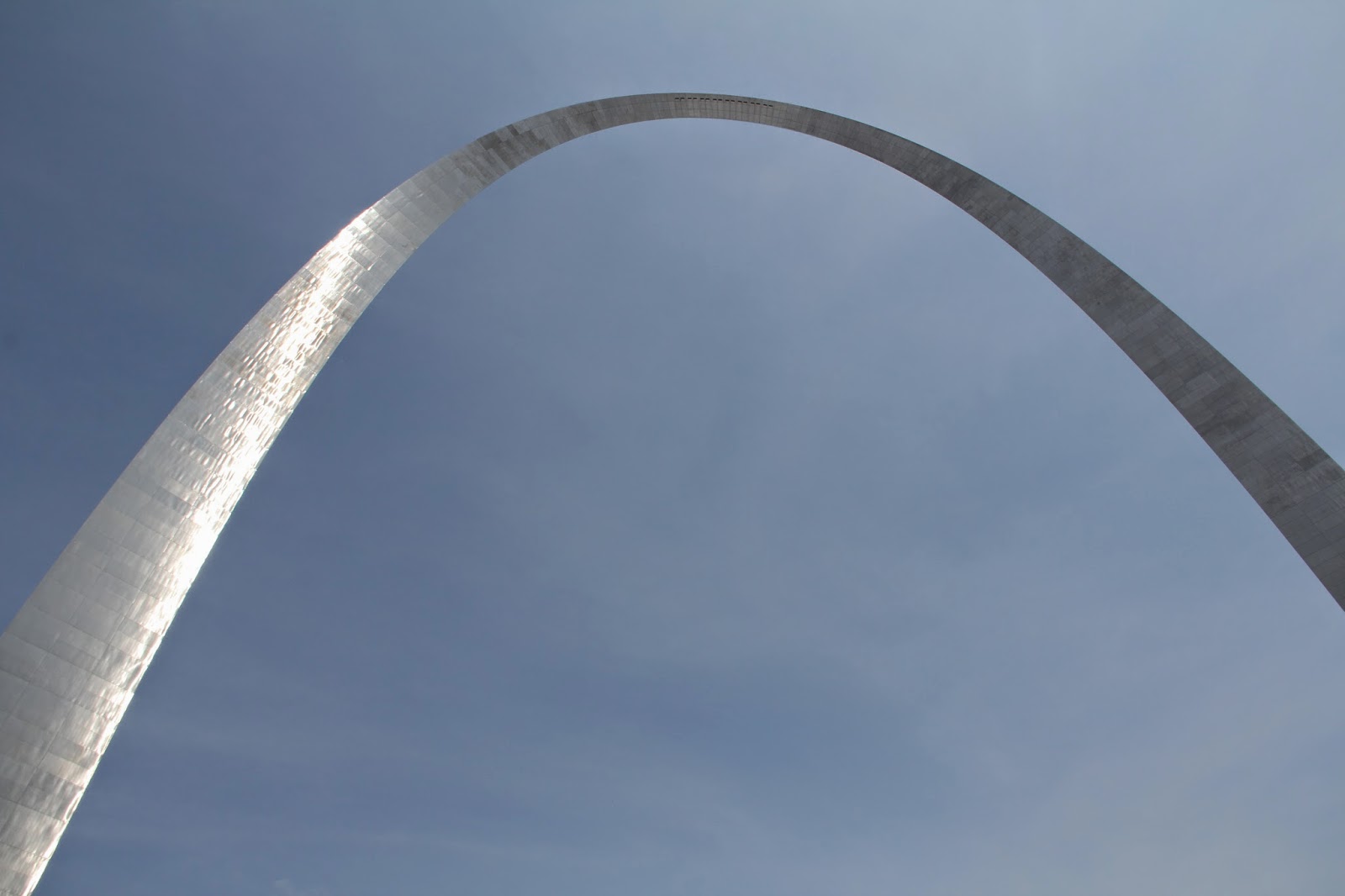 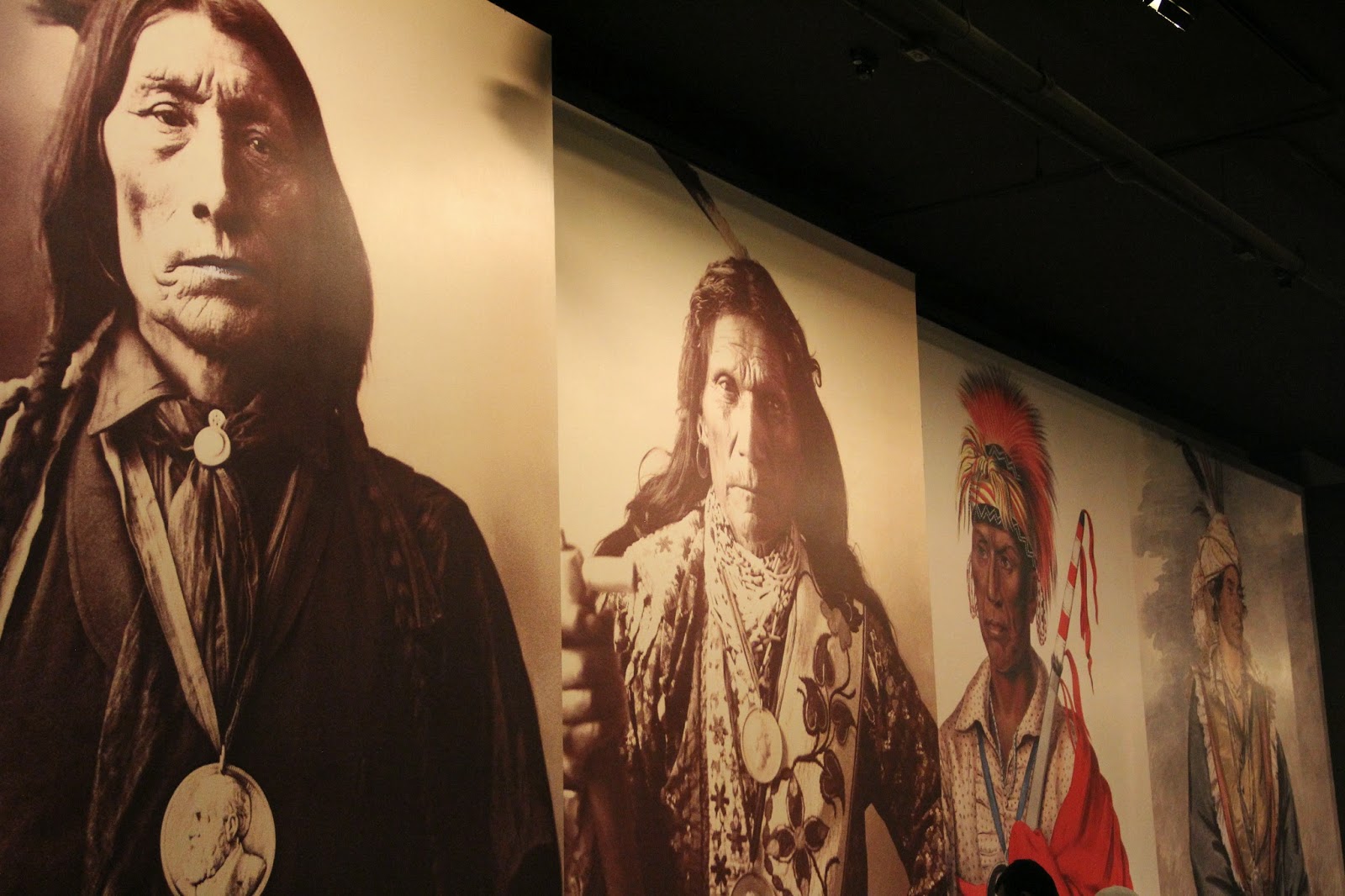 While waiting our turn we enjoyed the museum of westward expansion. Impressively it included some very pro-Native American displays that were quite critical of broken treaties. Notice the medals around each chiefs' neck. 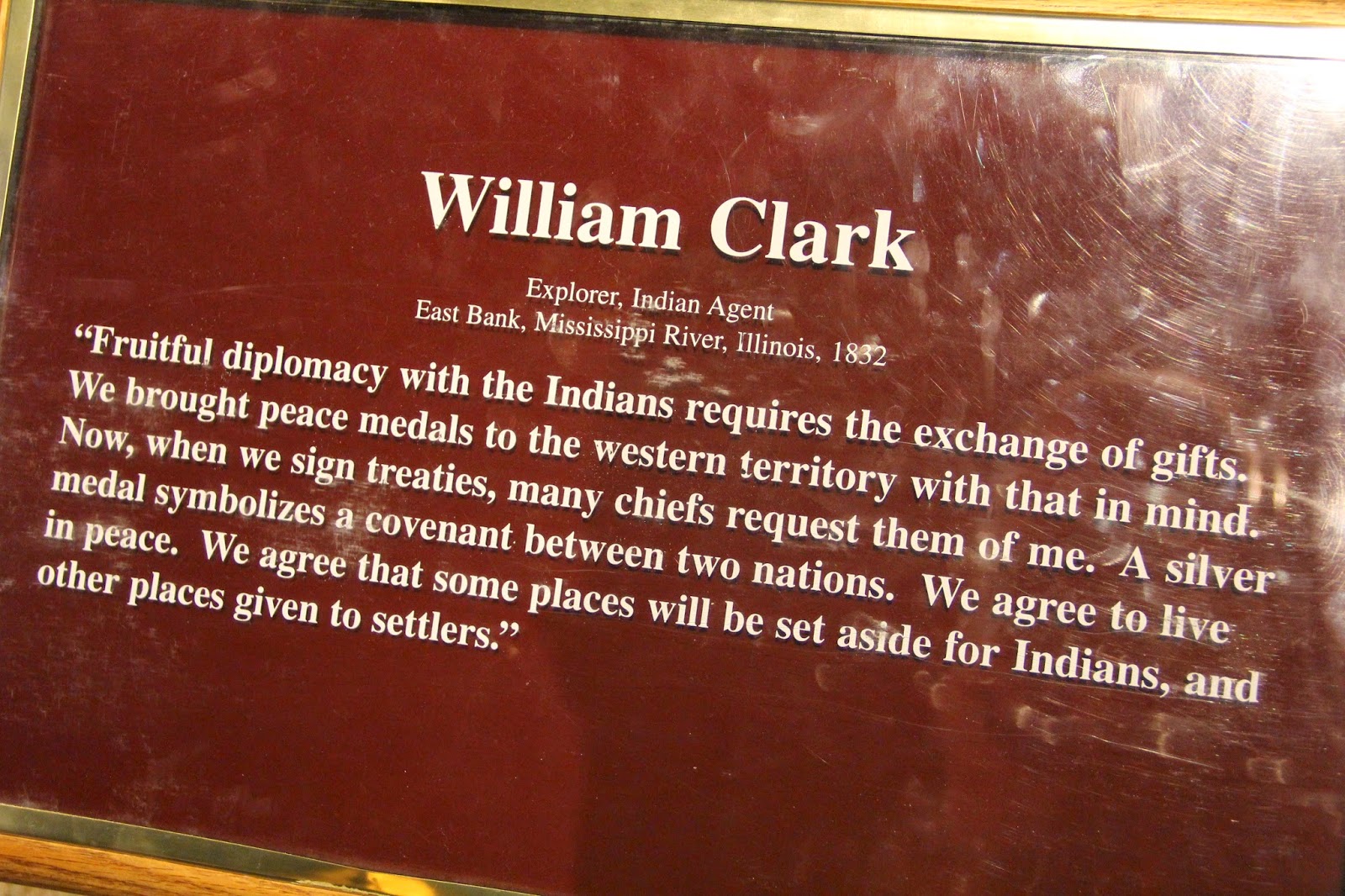 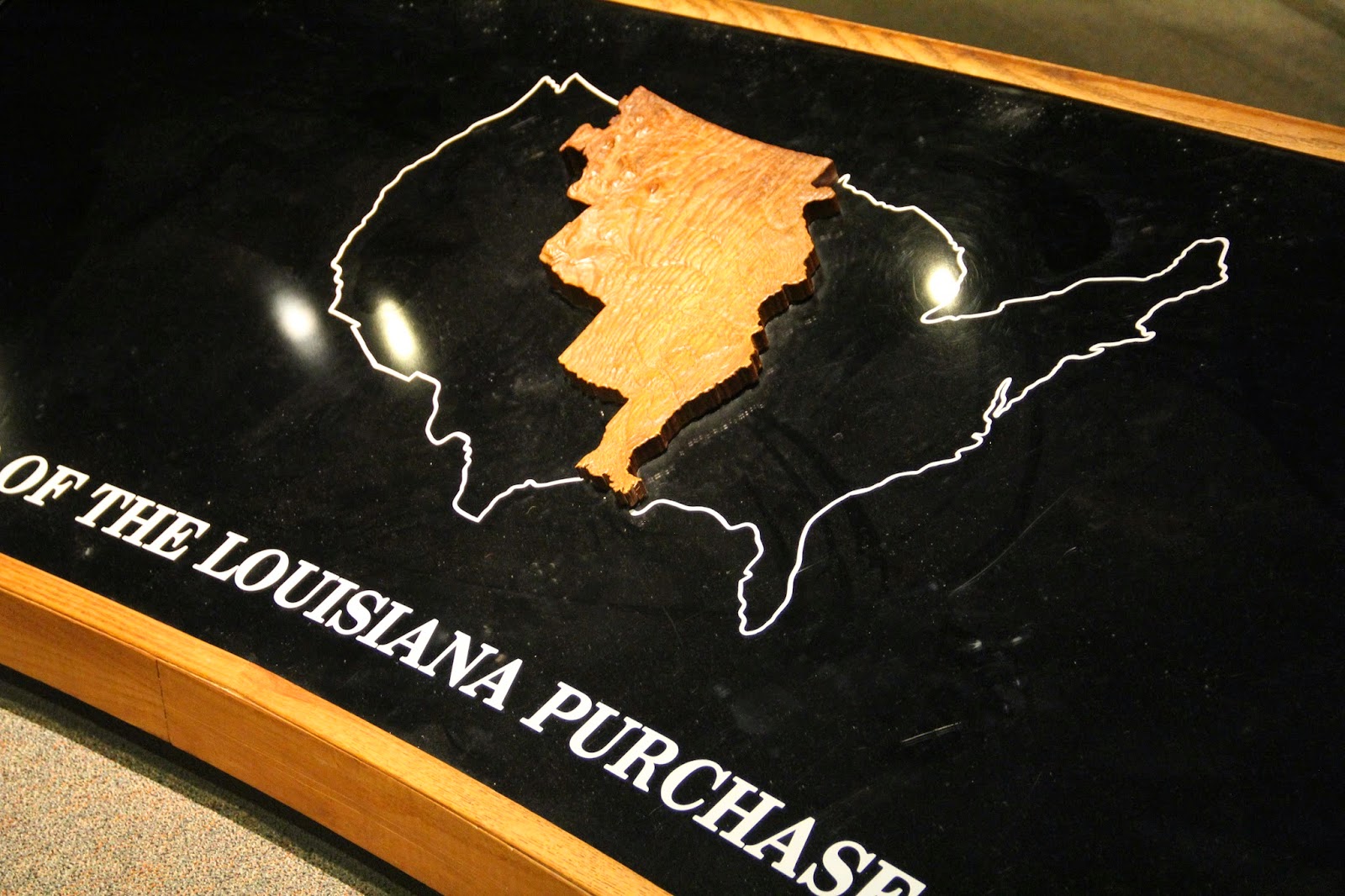 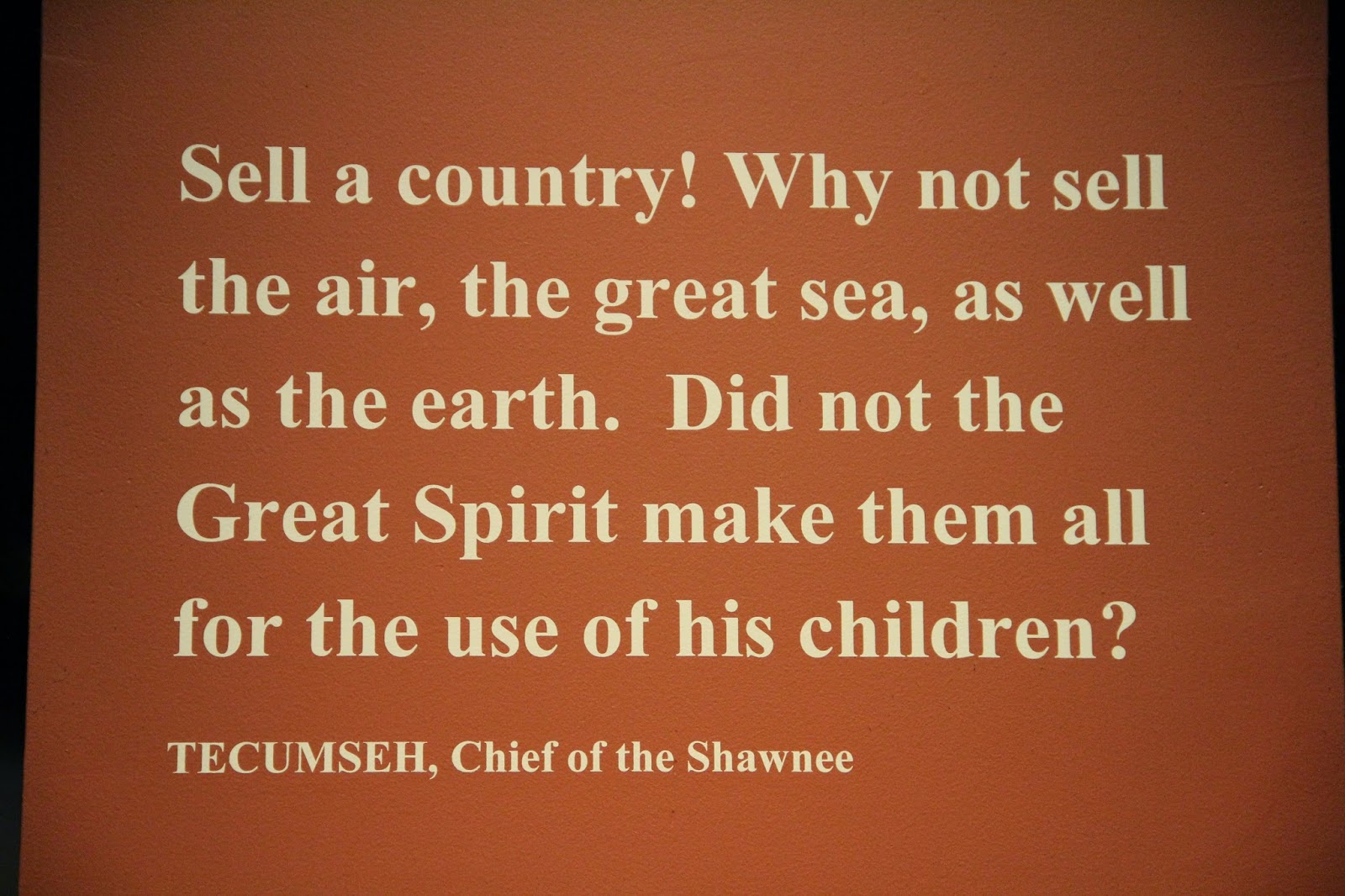 I'll use this quote in my political geography class when we talk about territoriality and the absence of territoriality among indigenous peoples like Native Americans, Aboriginals of Australia and the Bushmen of the Kalahari. 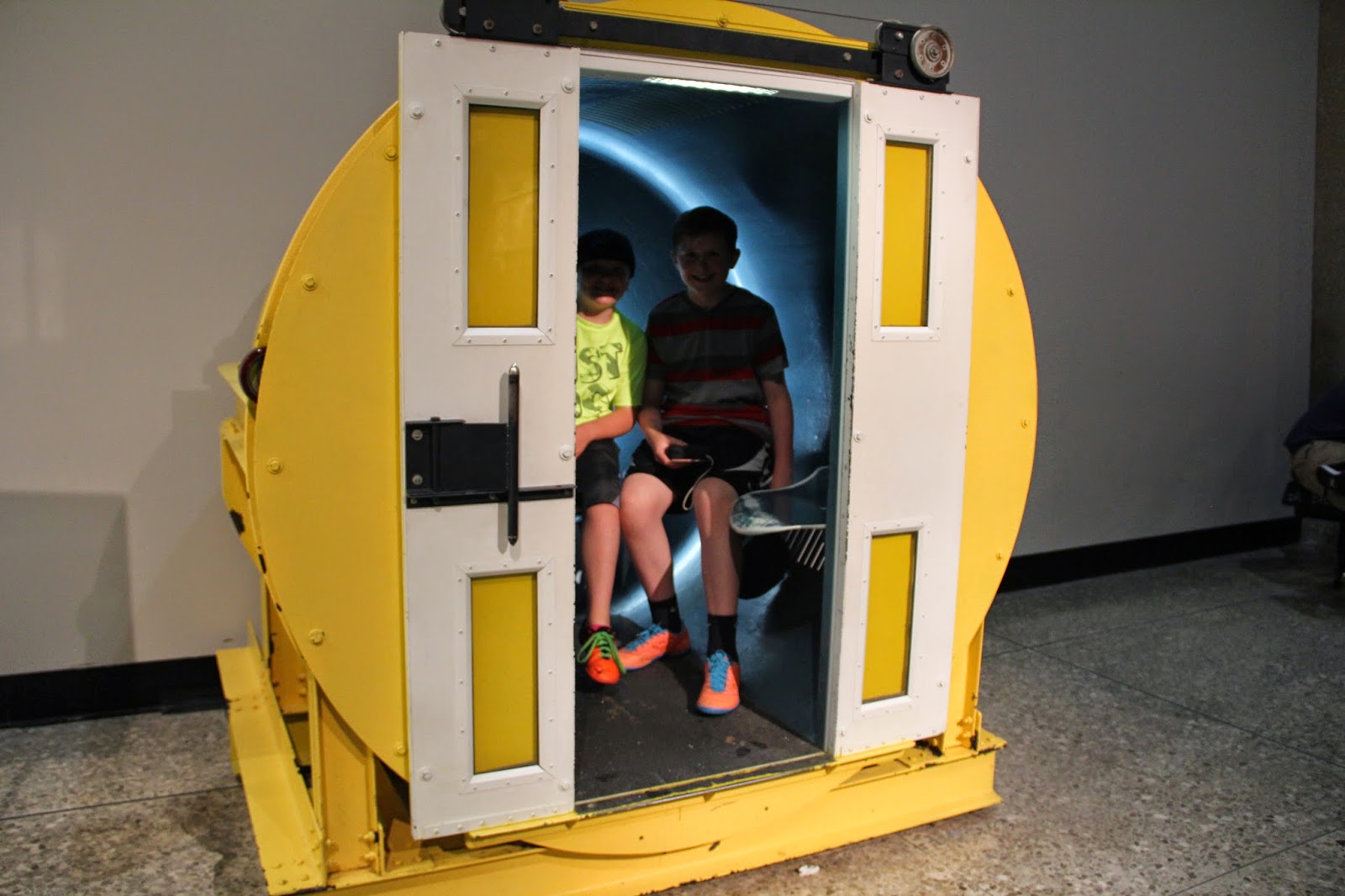 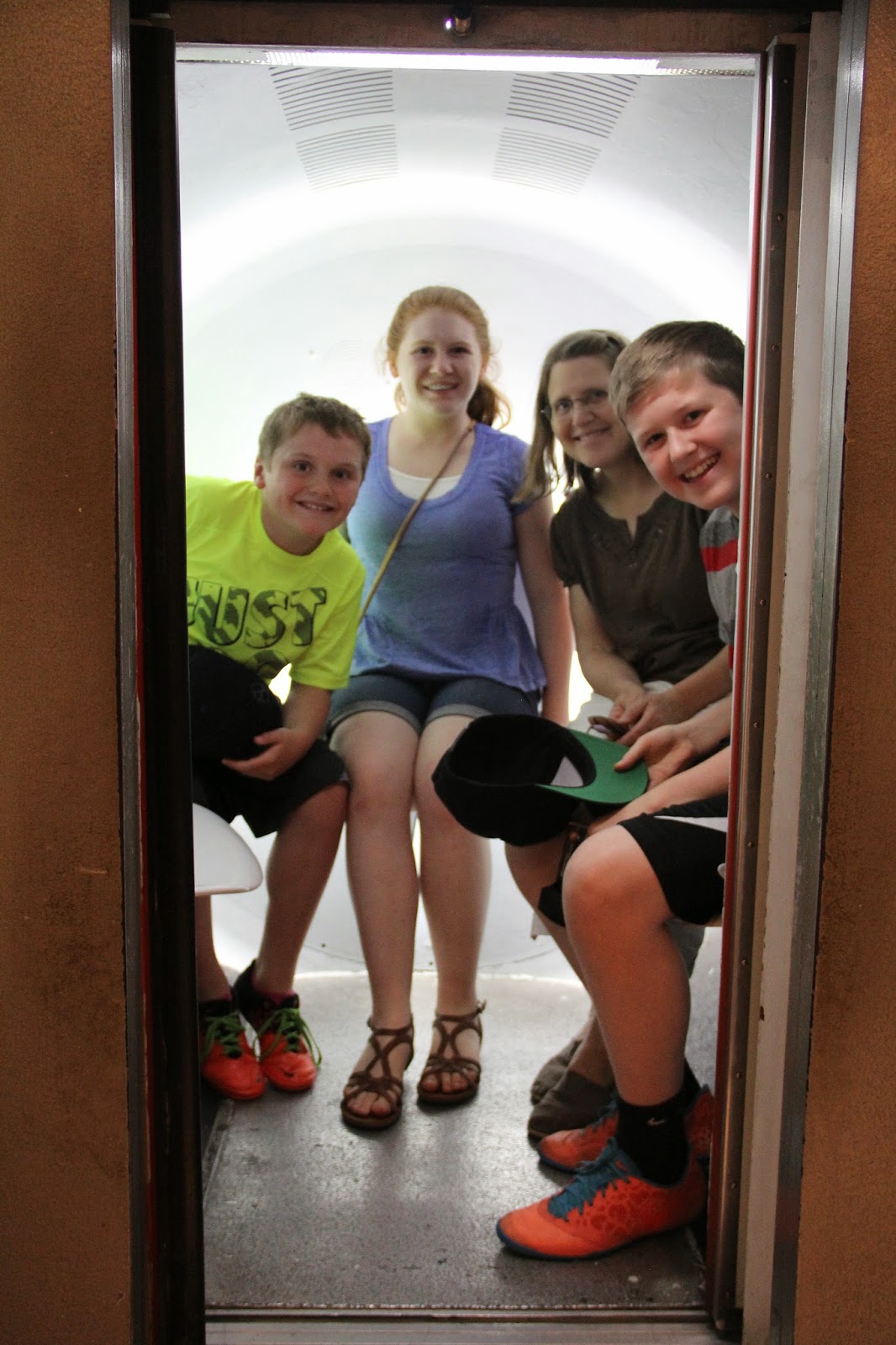 The four minute ride up the tram that keeps rocking/tilting/shifting back to compensate for the curve in the arch and to keep its nervous occupants upright was a wonderful example of engineering genius. 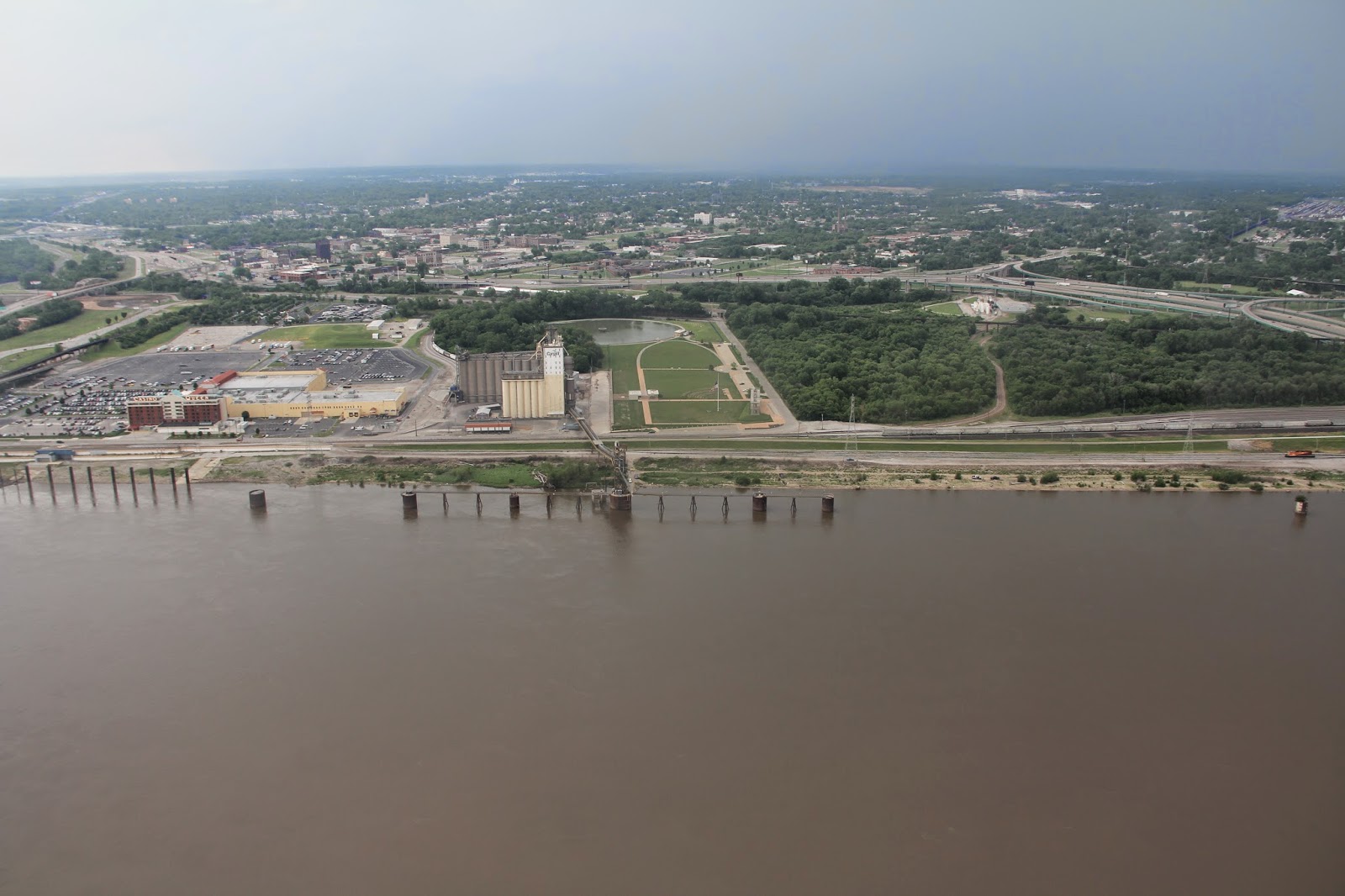 Looking east across the Mississippi to Illinois 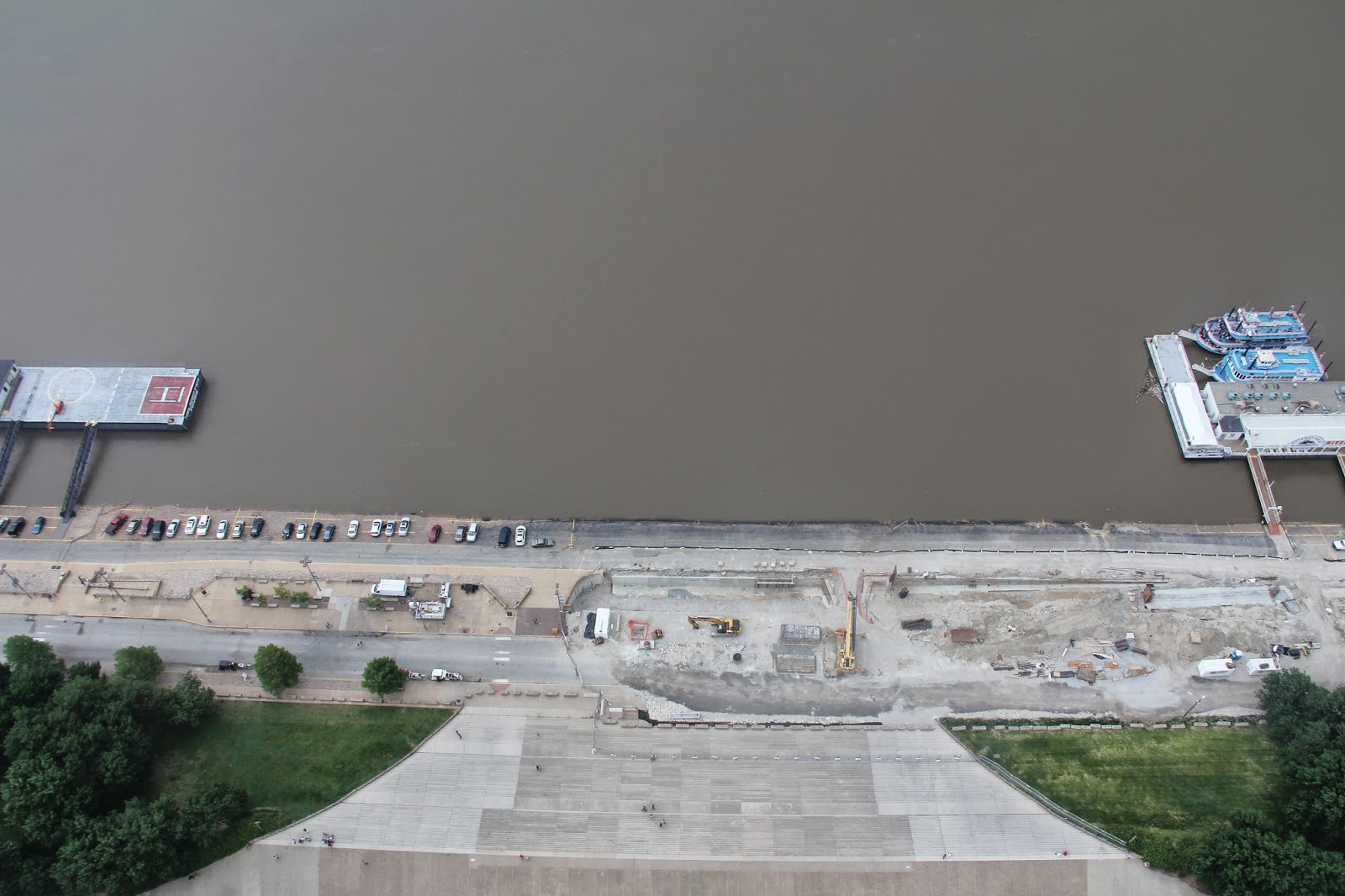 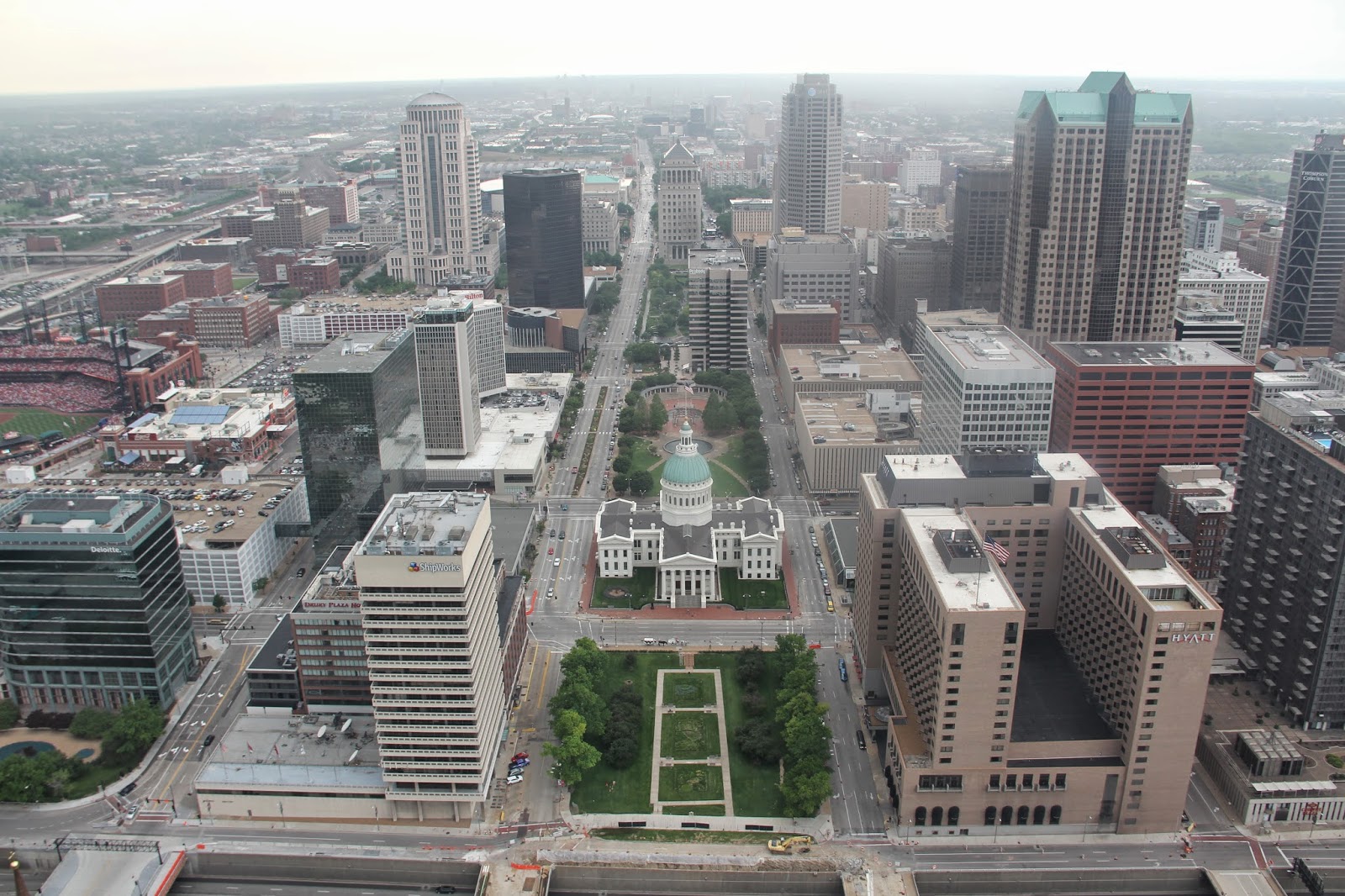 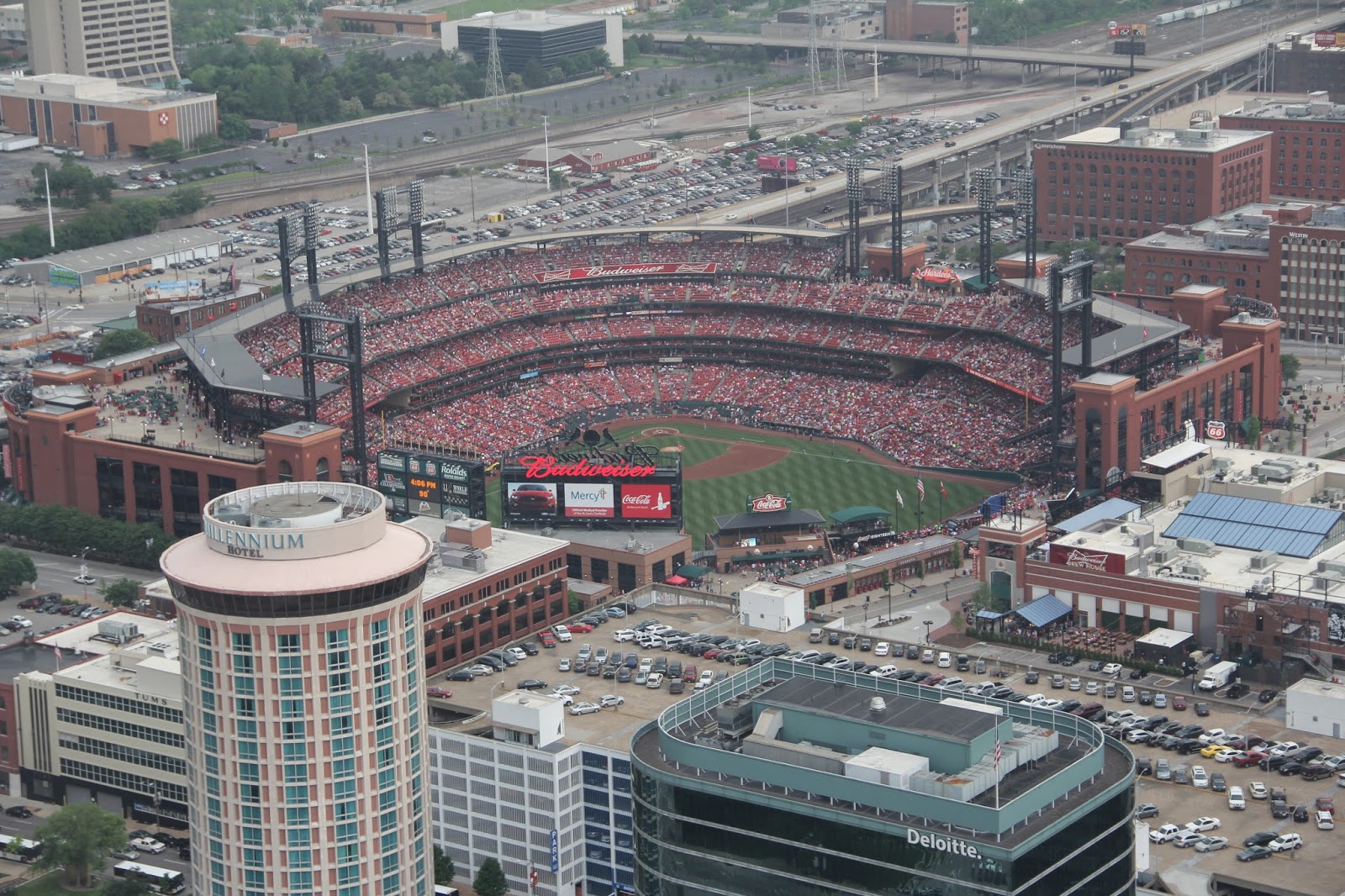 The St. Louis Cardinals were playing the NY Yankees in Busch Field. 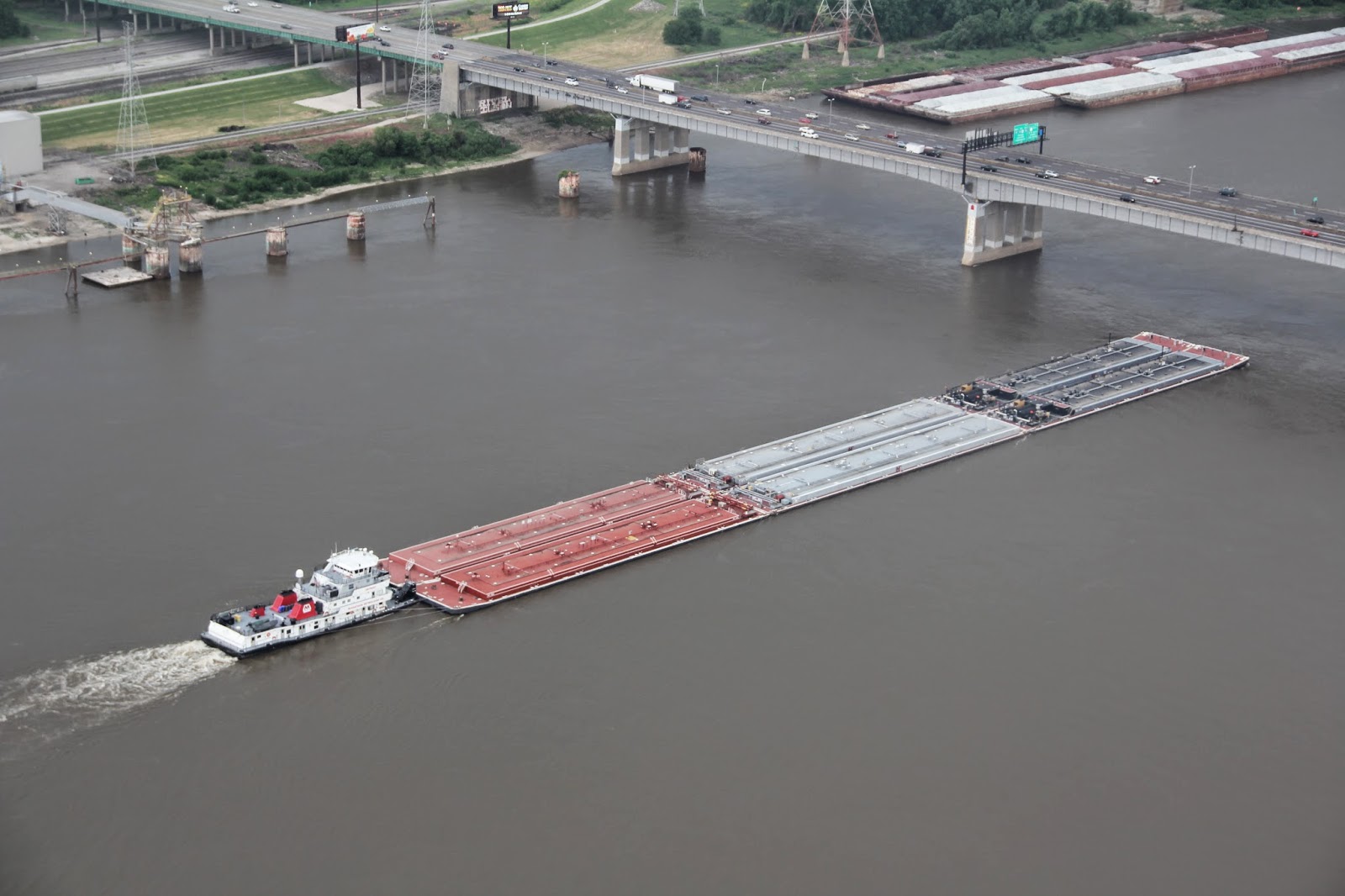 Another photo for my geography class illustrating the importance of the Mississippi River and its tributaries as a transportation corridor reaching into the heart of the North American continent. 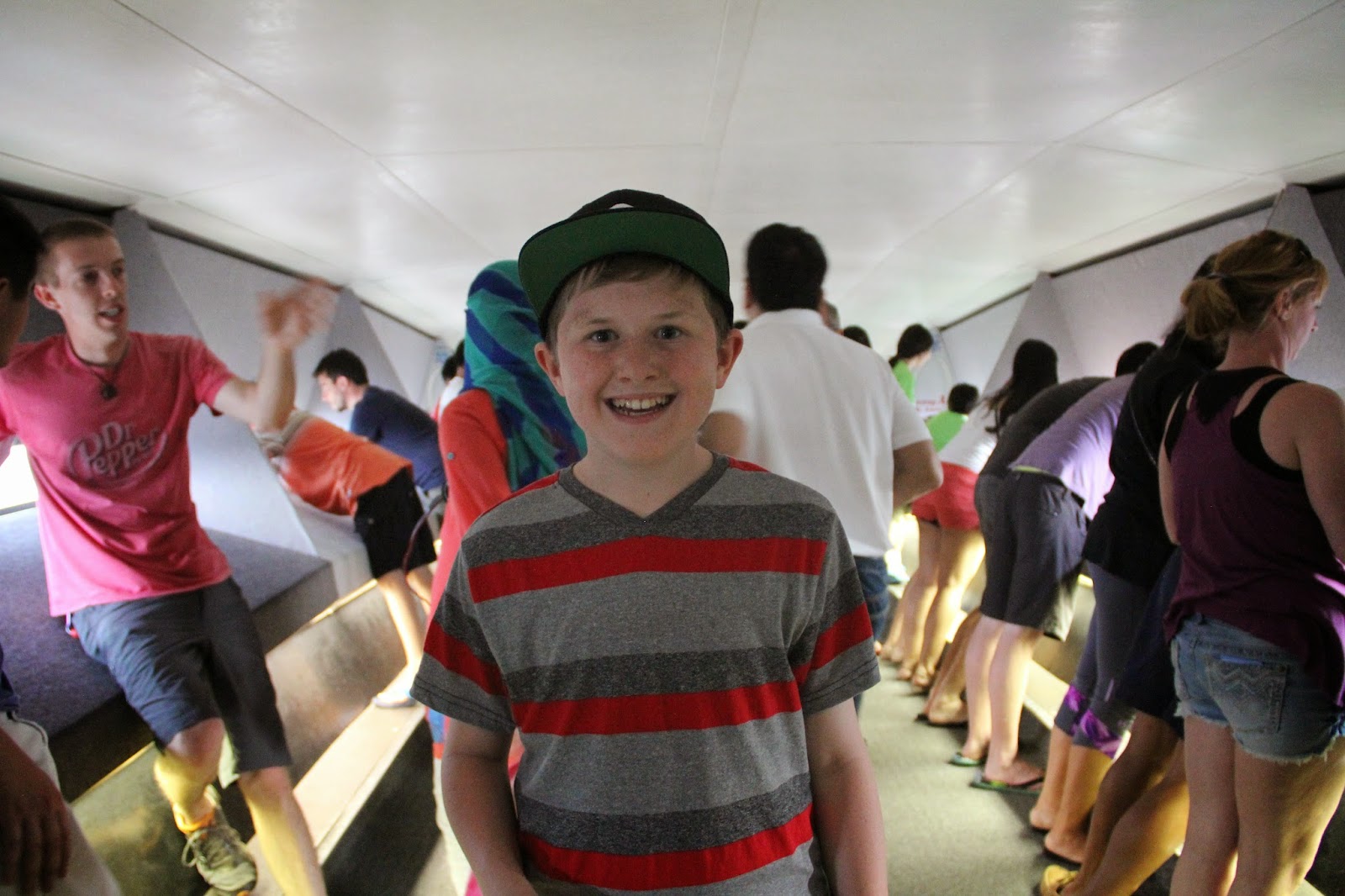 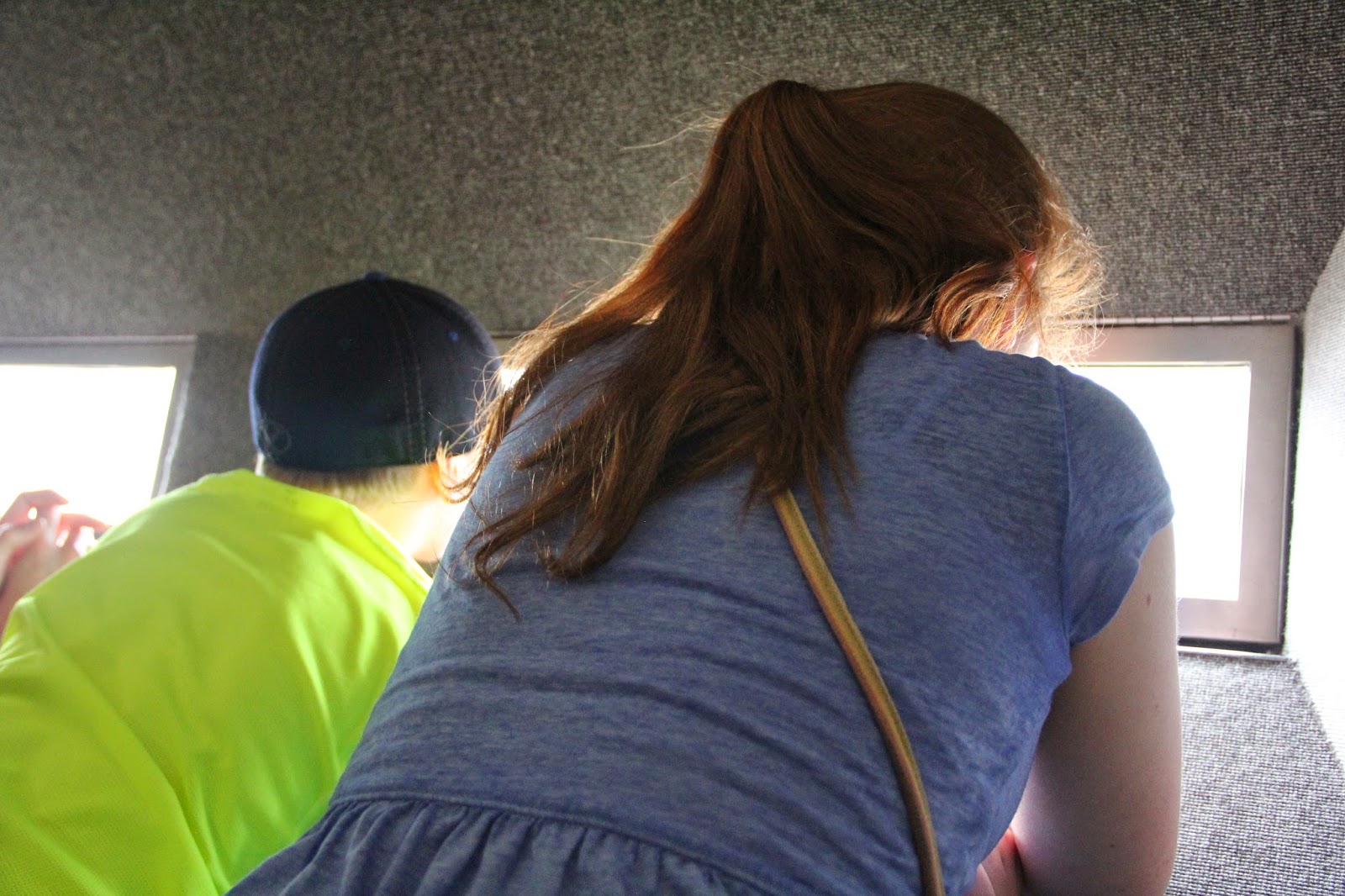 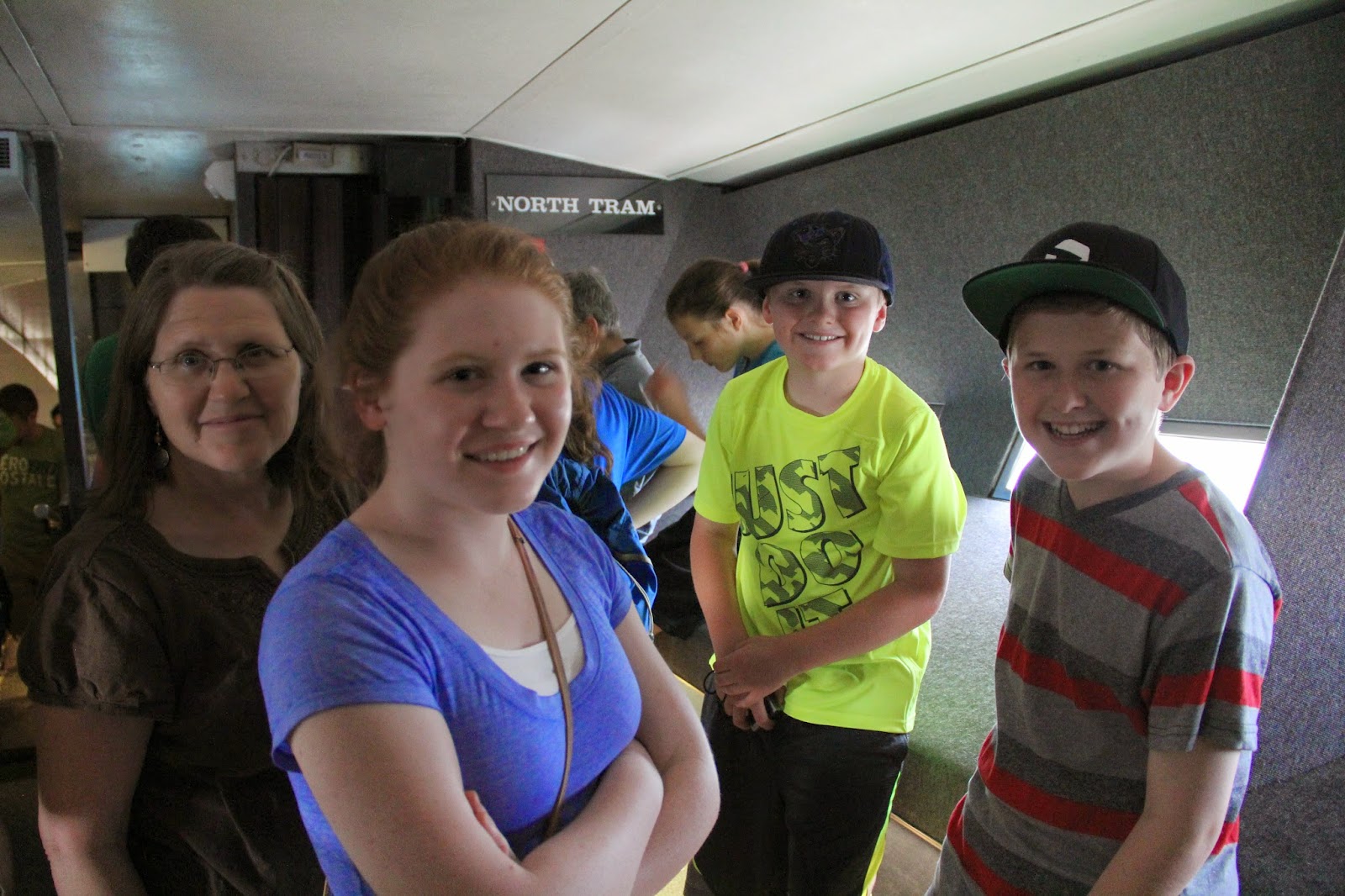 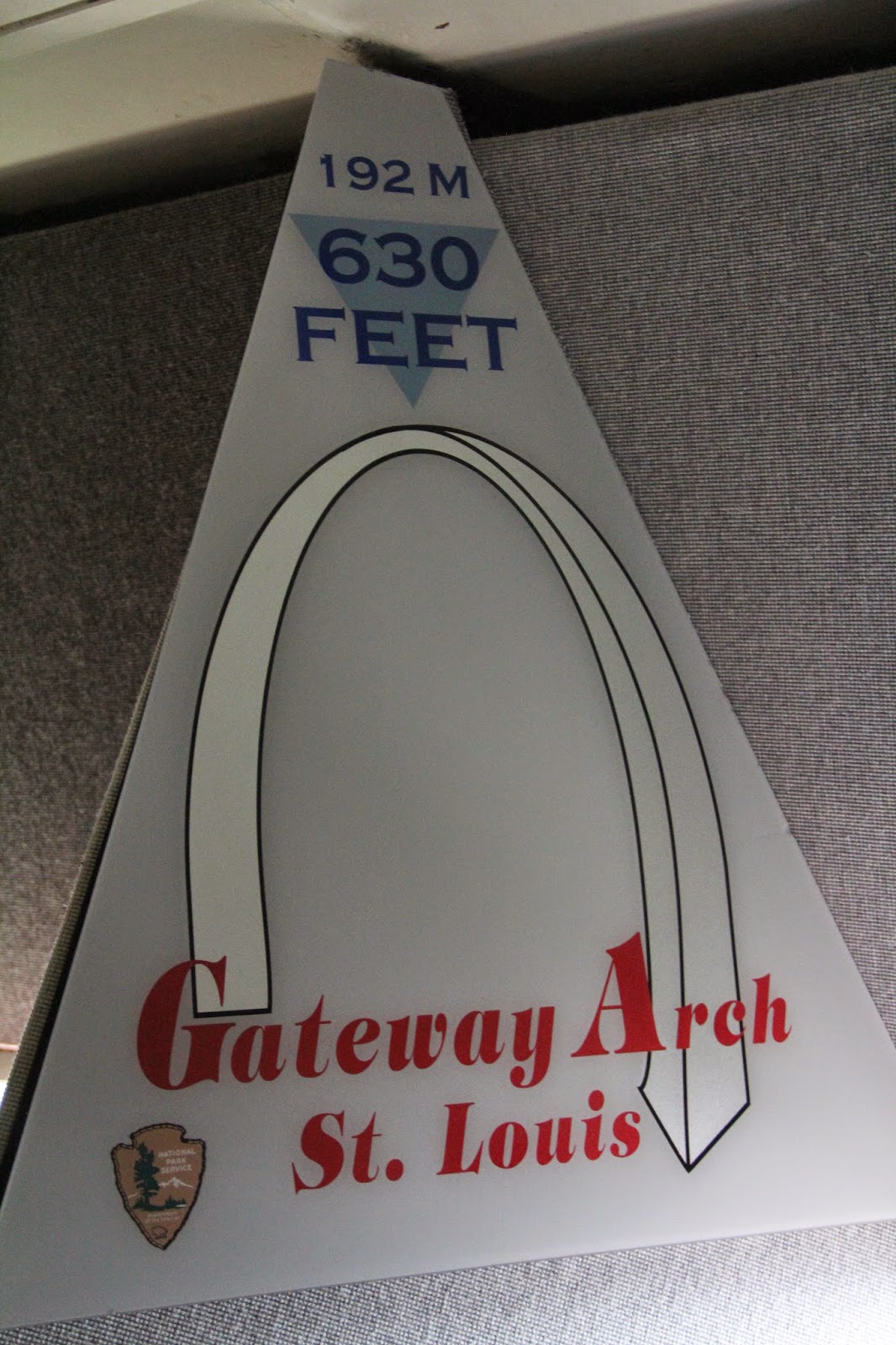 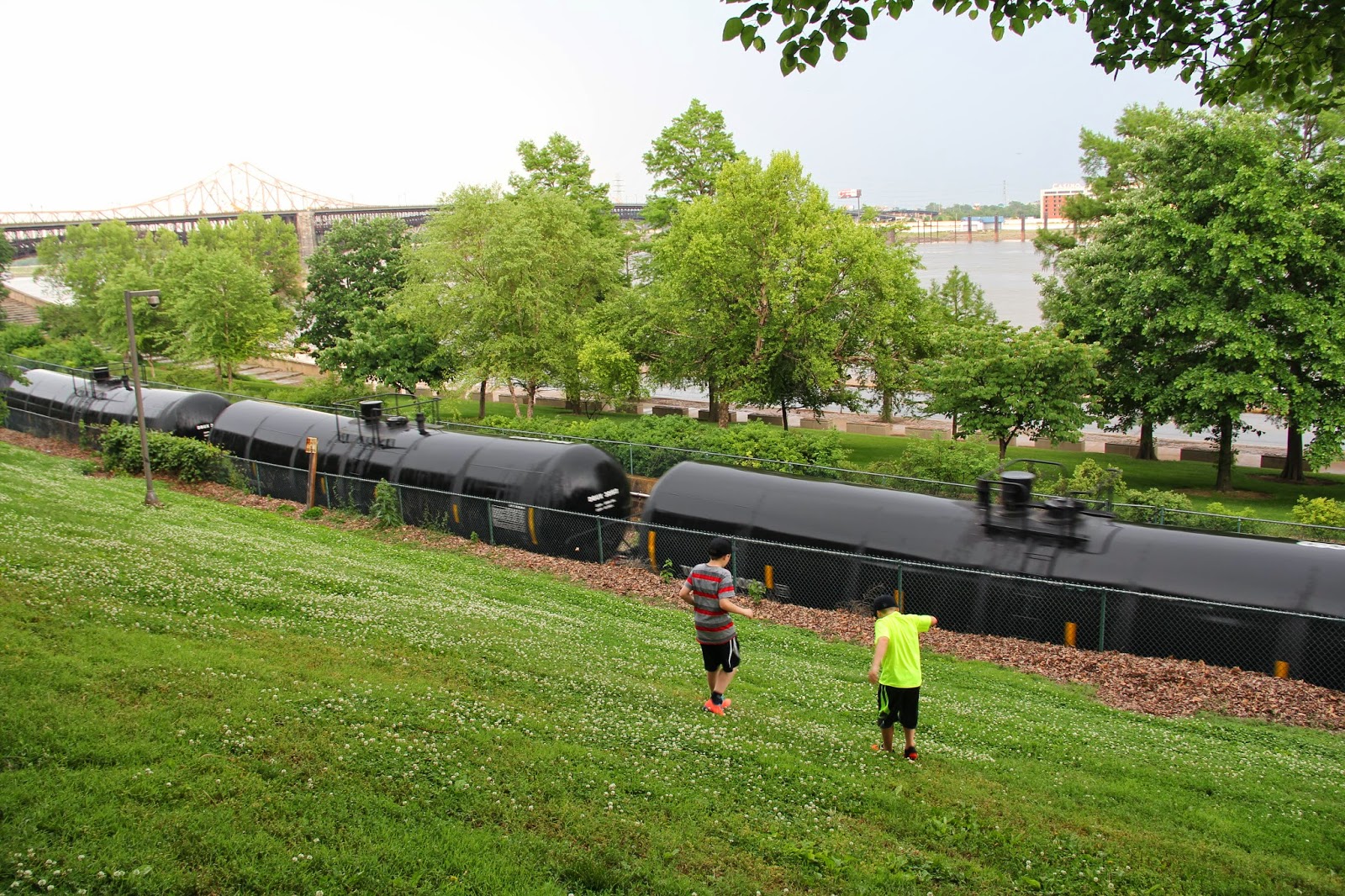 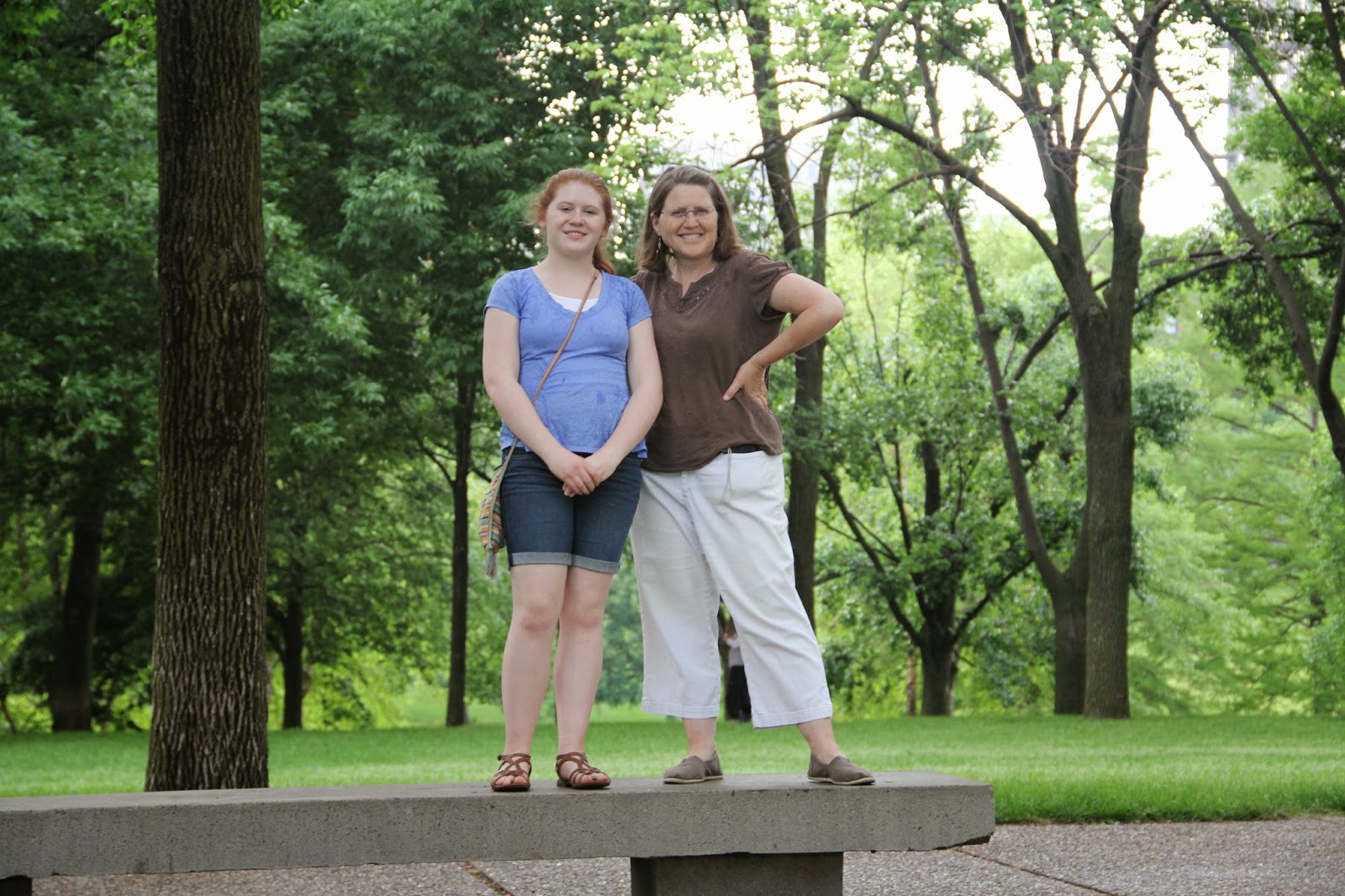 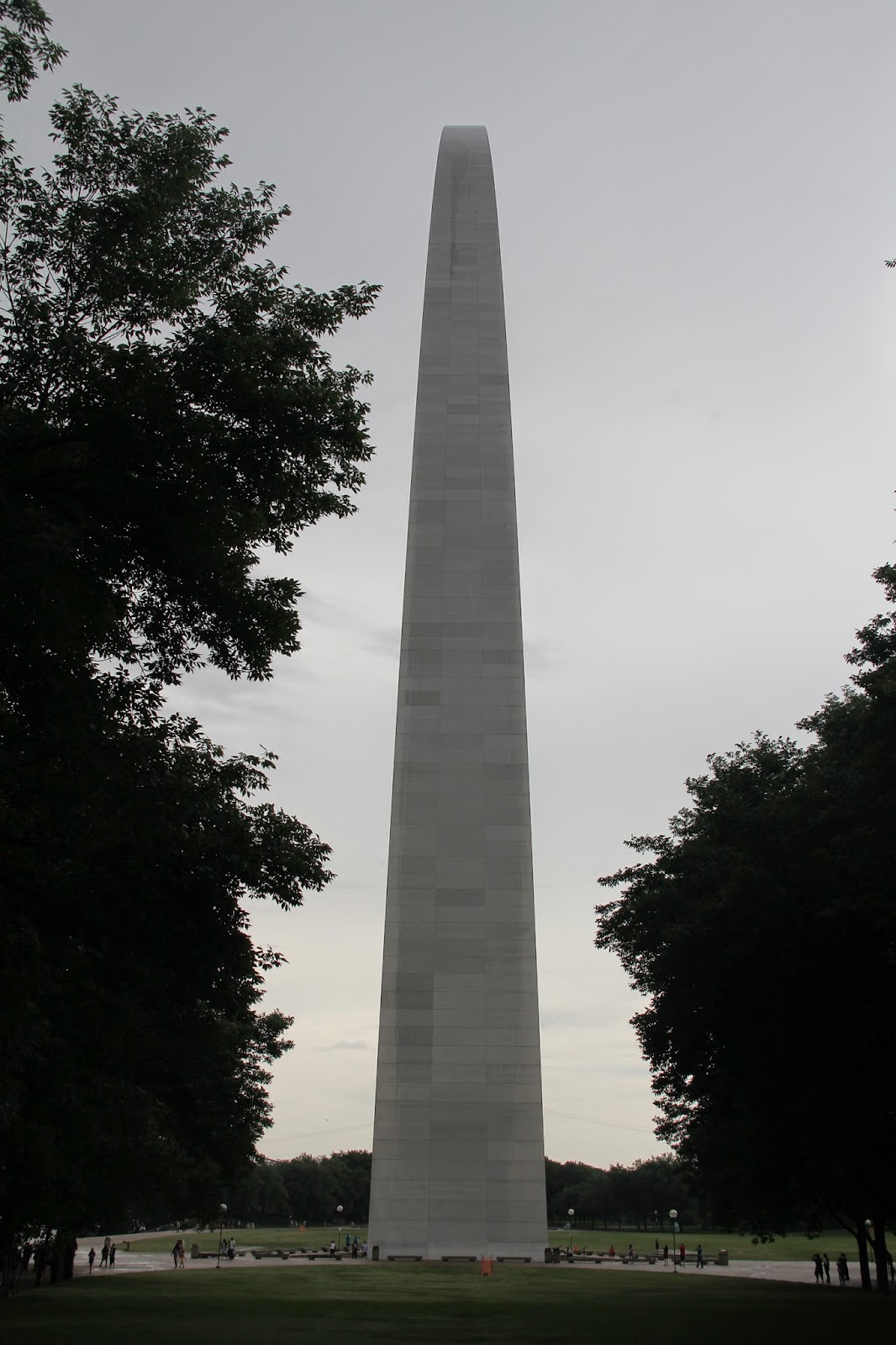 It is hard to tell but these after photos were taken in a light rain. 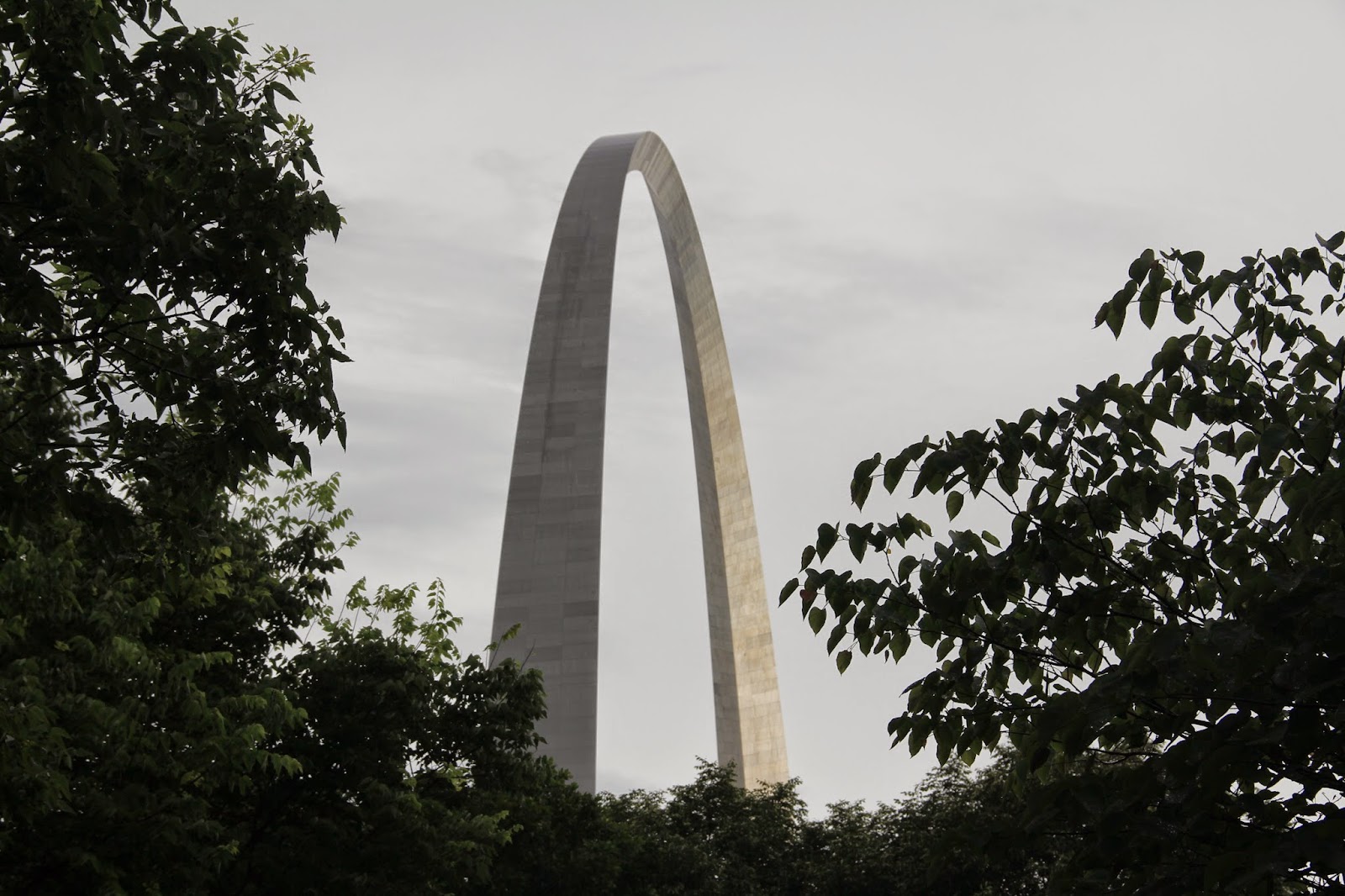 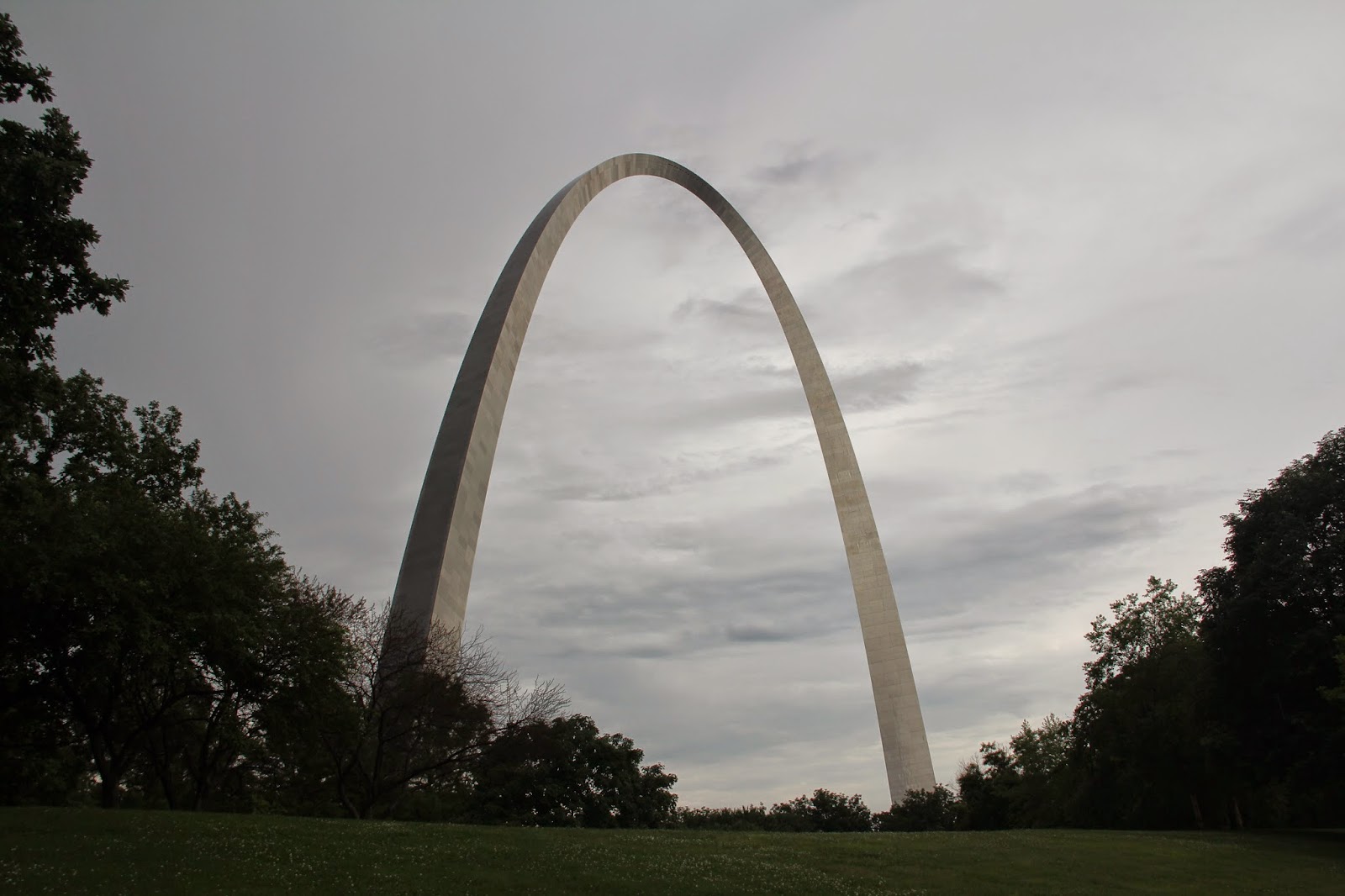 My only other visit up the arch was in the early 70s when we took a family vacation back to Nauvoo for a guided tour from my mission serving brother Bill who had been transferred from the Kentucky Tennessee mission to be a missionary guide in Nauvoo for his final six months. On that trip I remember competing with my brothers to not have to carry dad's heavy camera bag (how many lenses and filters and rolls of film does one need?) all the way to the arch!

For our rainy evening drive across Illinois into Indiana the kids watched DVDs of the cartoon Liberty Kids (Will's choice) which helps orient them to upcoming US historic sties and then their first viewing of Bill and Ted's Excellent Adventure. They were a bit skeptical of this and any dad-recommended old movie, but they had some good laughs watching it. We got to our north of Evansville hotel in time to enjoy the pool.
Posted by chad at 10:07 PM