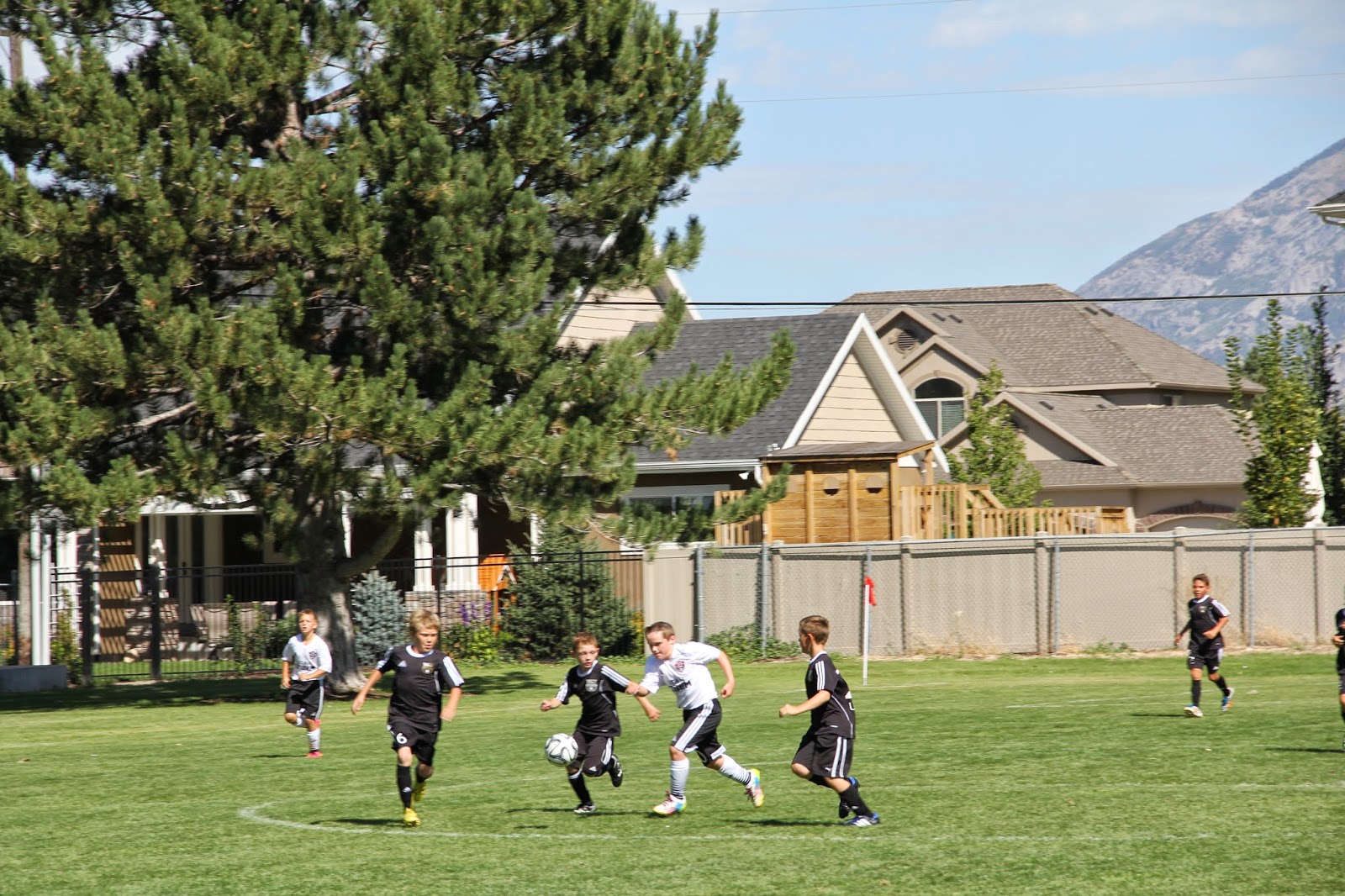 Fall soccer season for Utah Storm is in full swing. Will's game at 11:00 was played in Provo. Will's team lost 7-2, but Will did his part by scoring his team's two goals. Here he picks up the ball mid field and outruns and maneuvers his opponents for the first goal. 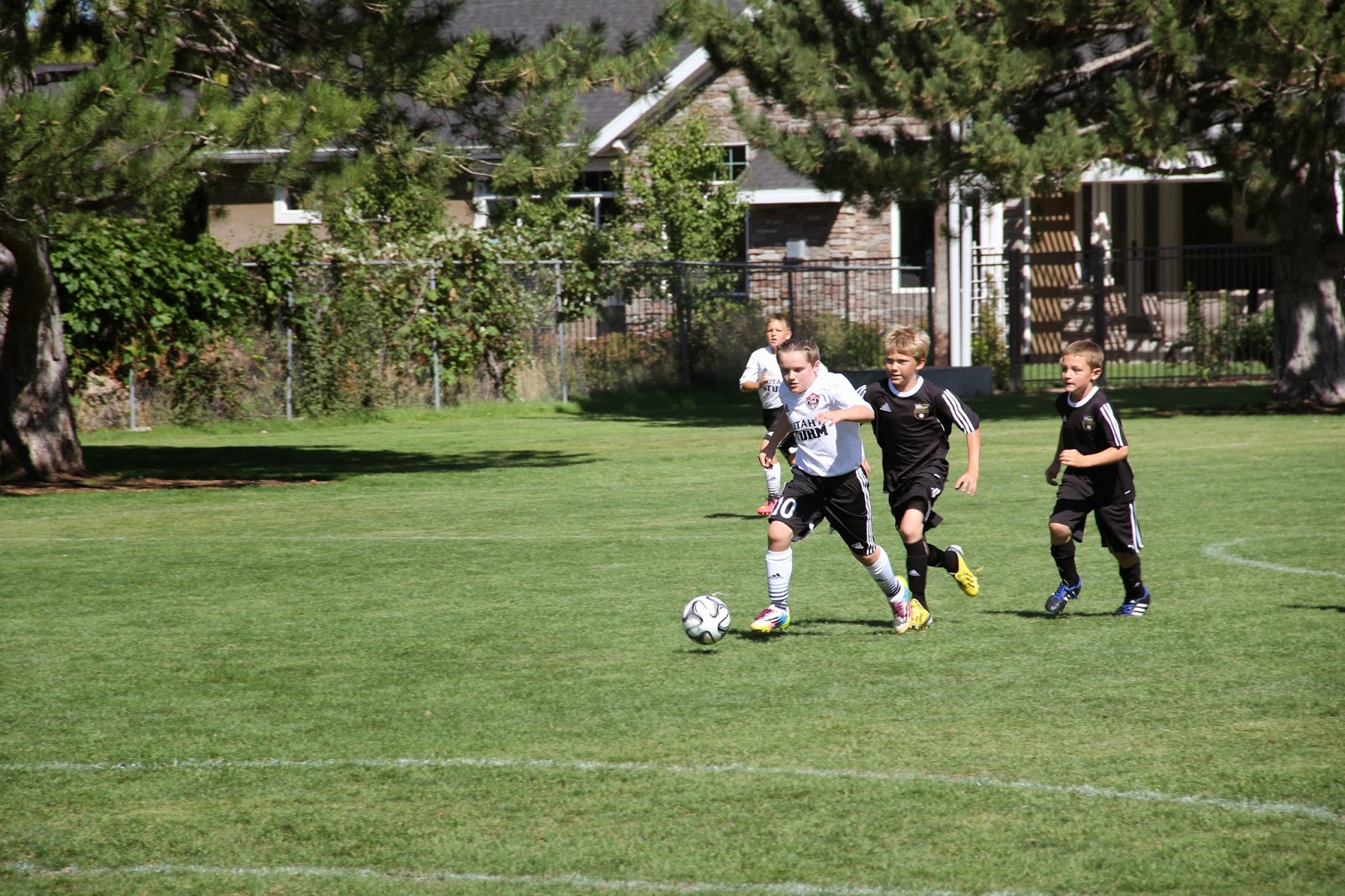 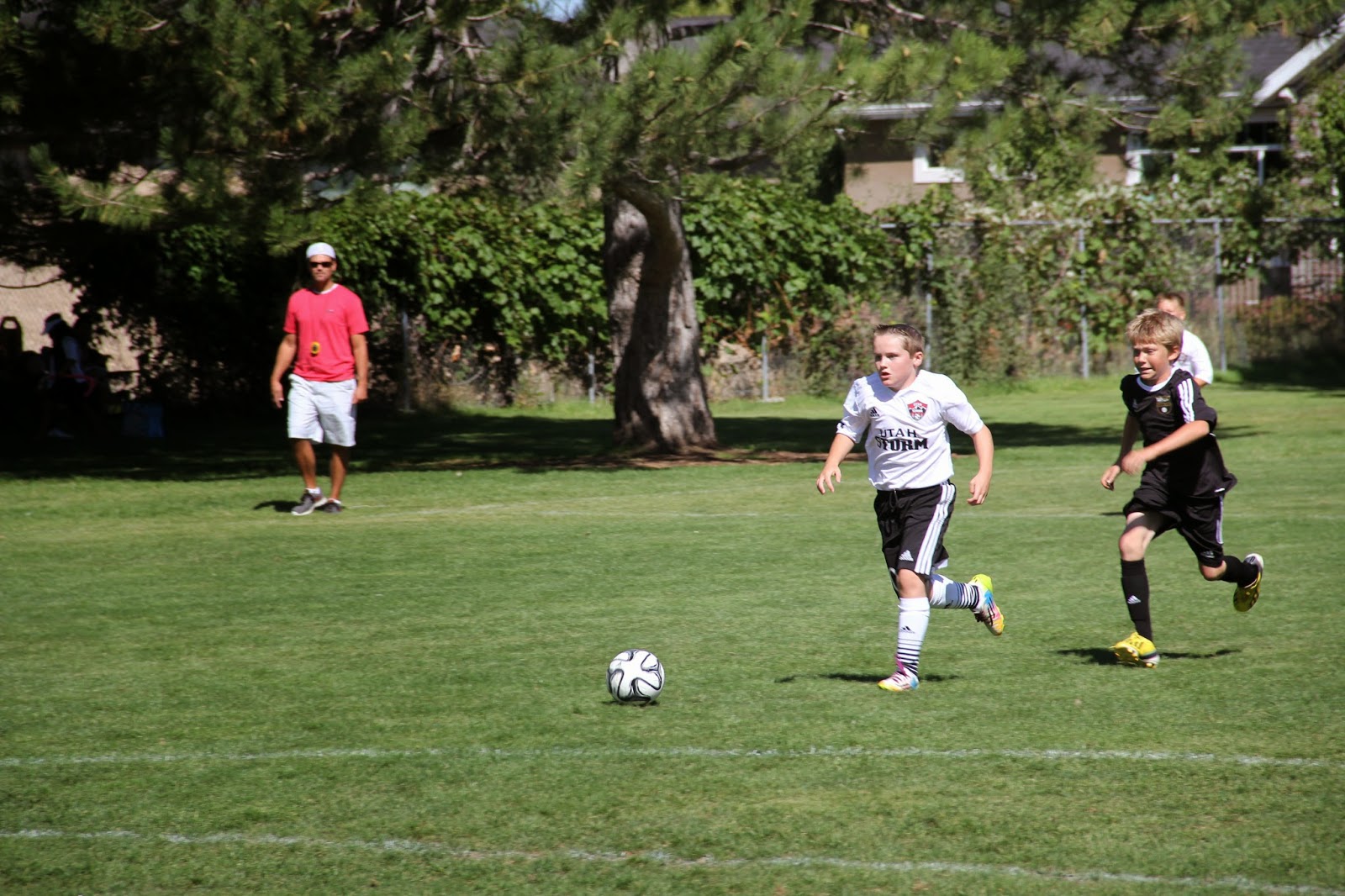 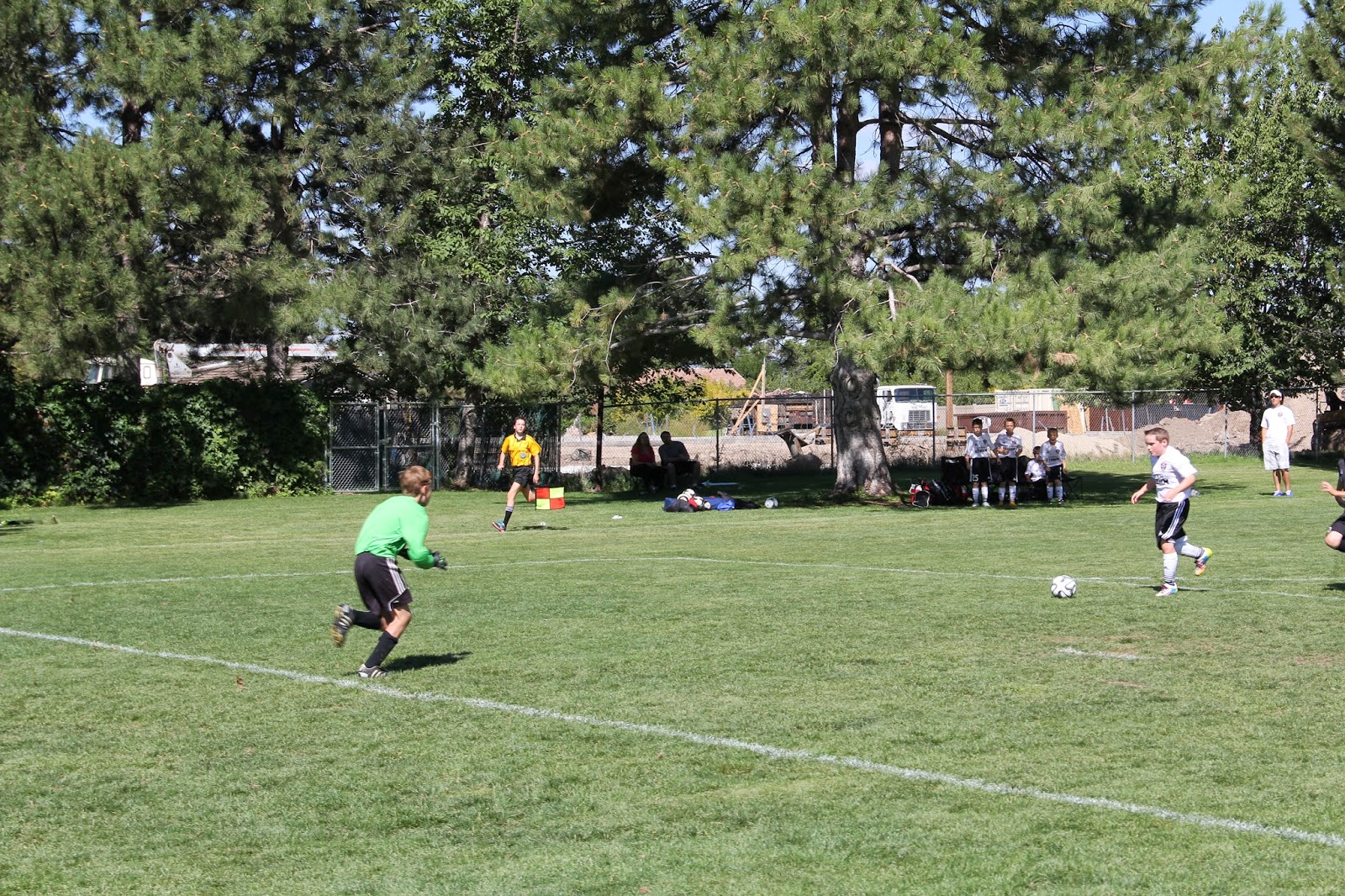 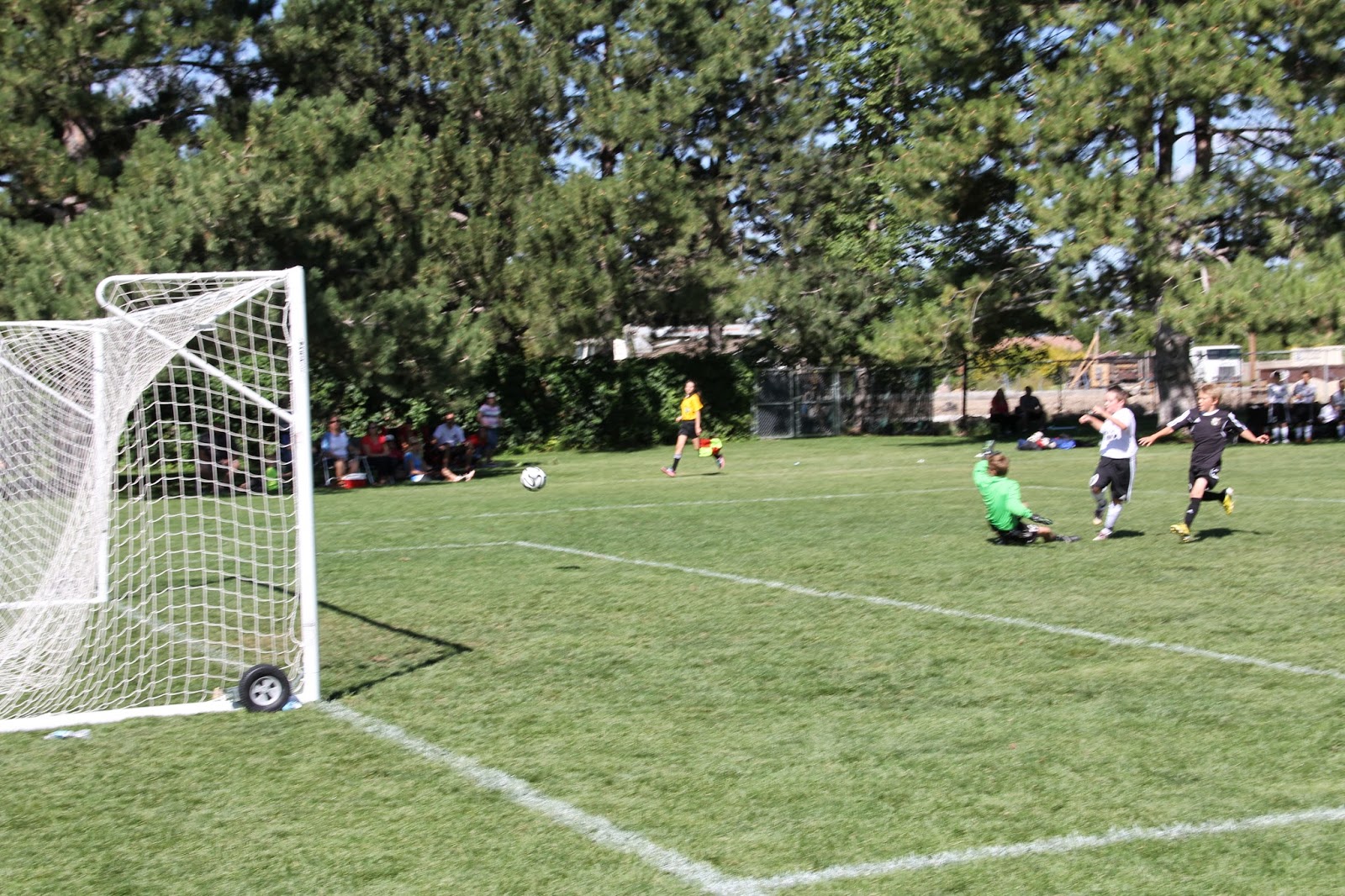 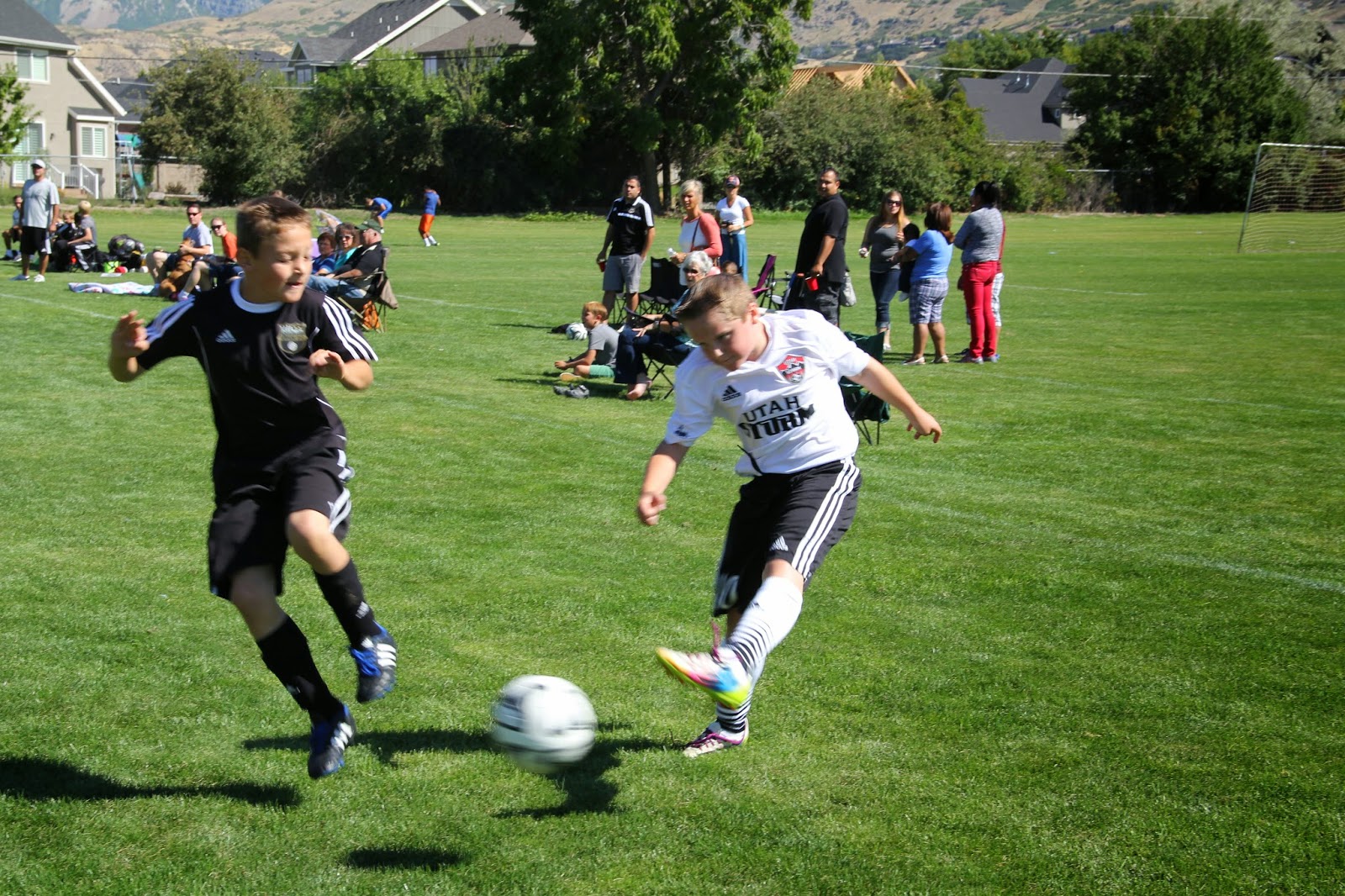 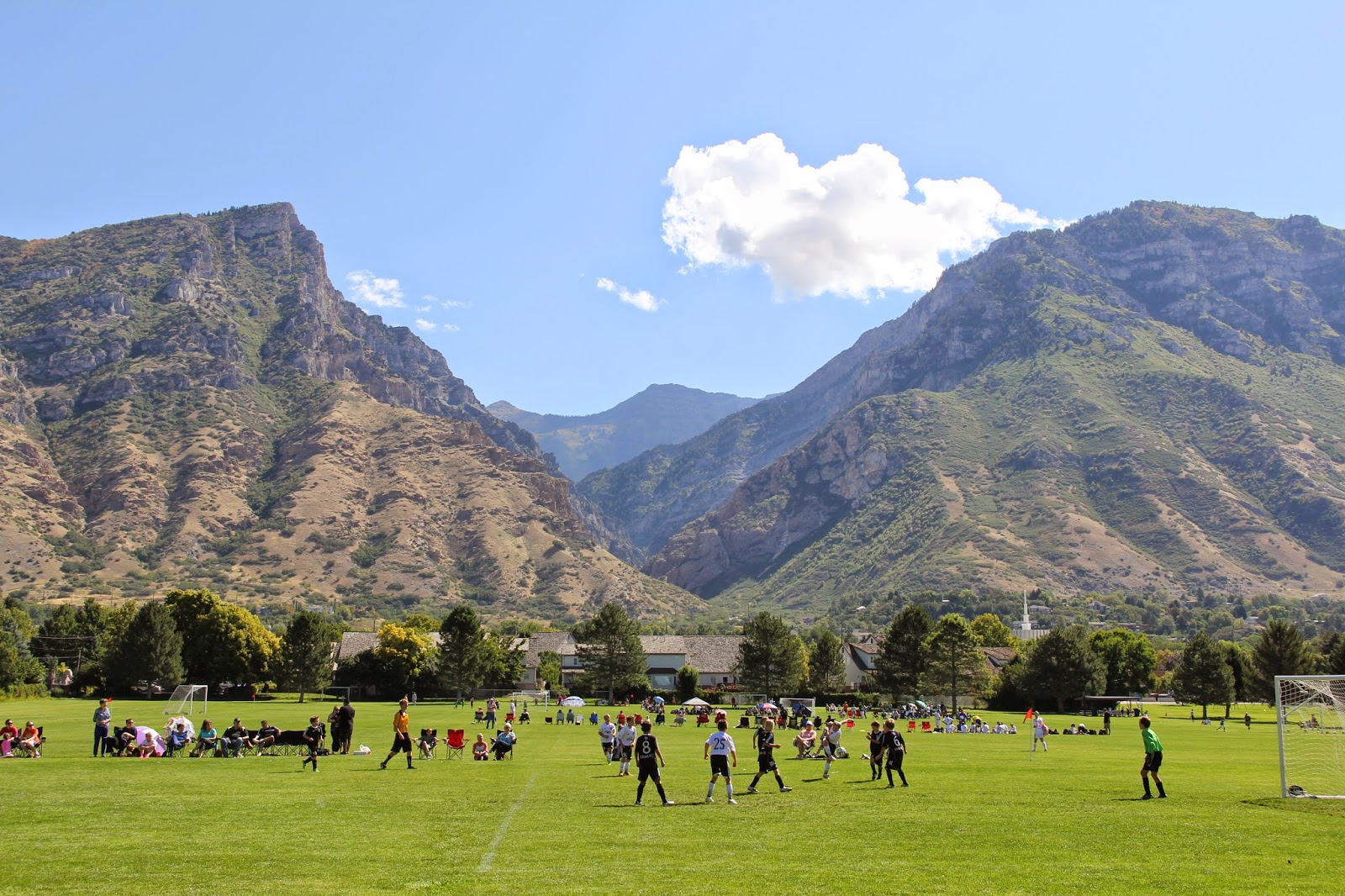 A beautiful setting. From left to right: Squaw Peak, Rock Canyon and the white steeple of the Provo Temple. Will in white is kicking the ball from within a circle of the blacks. 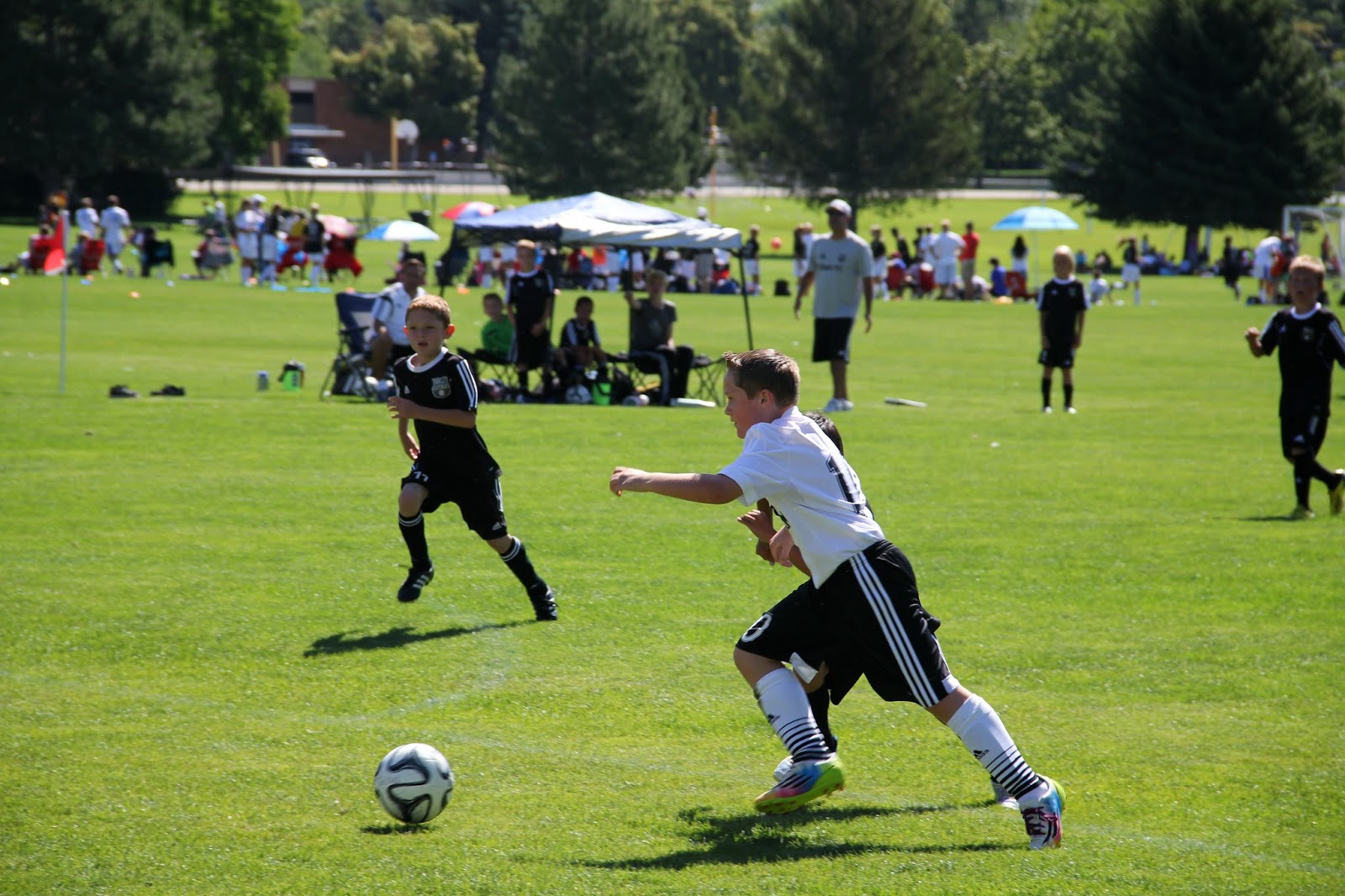 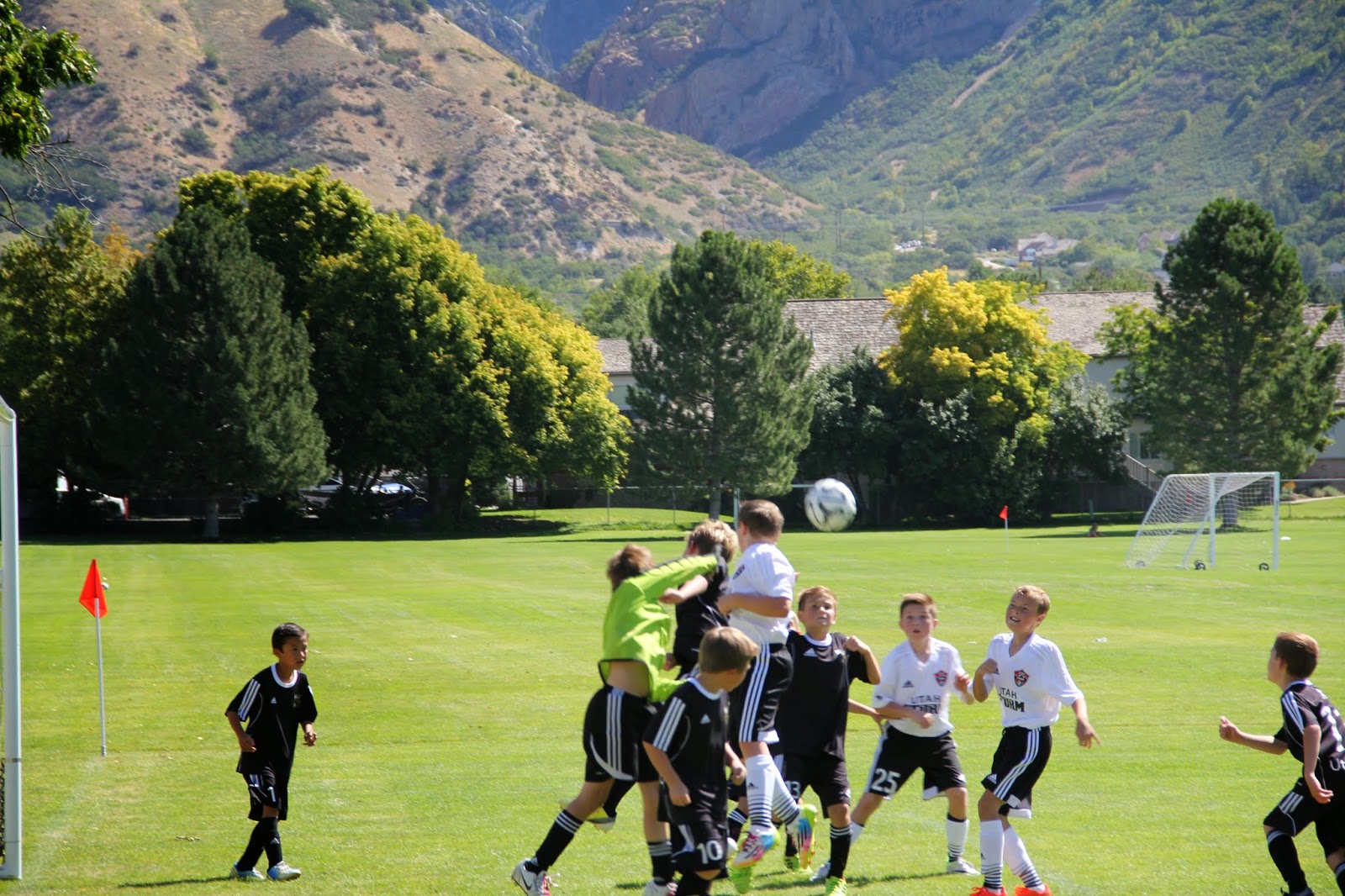 Highest up for a header. 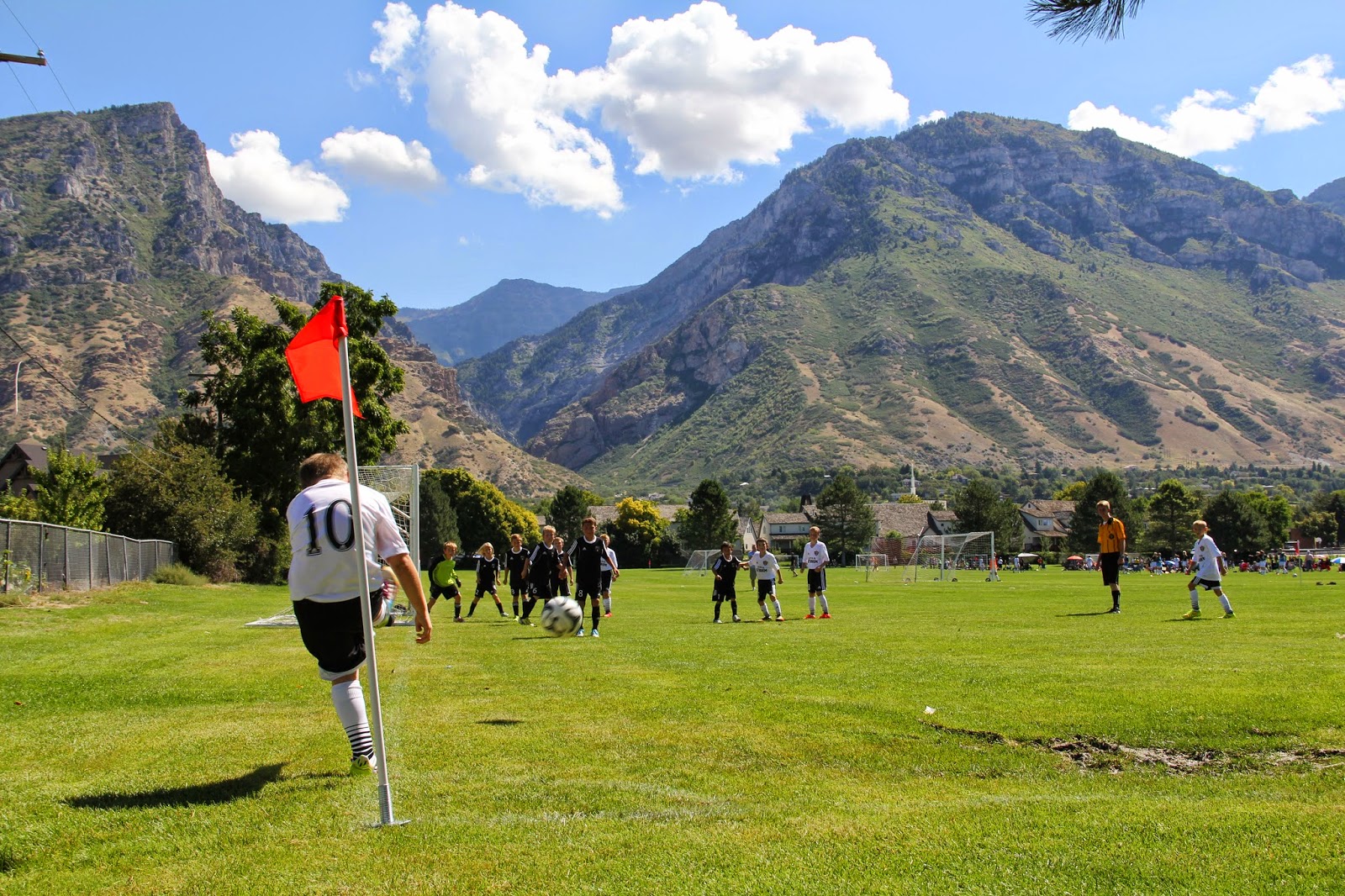 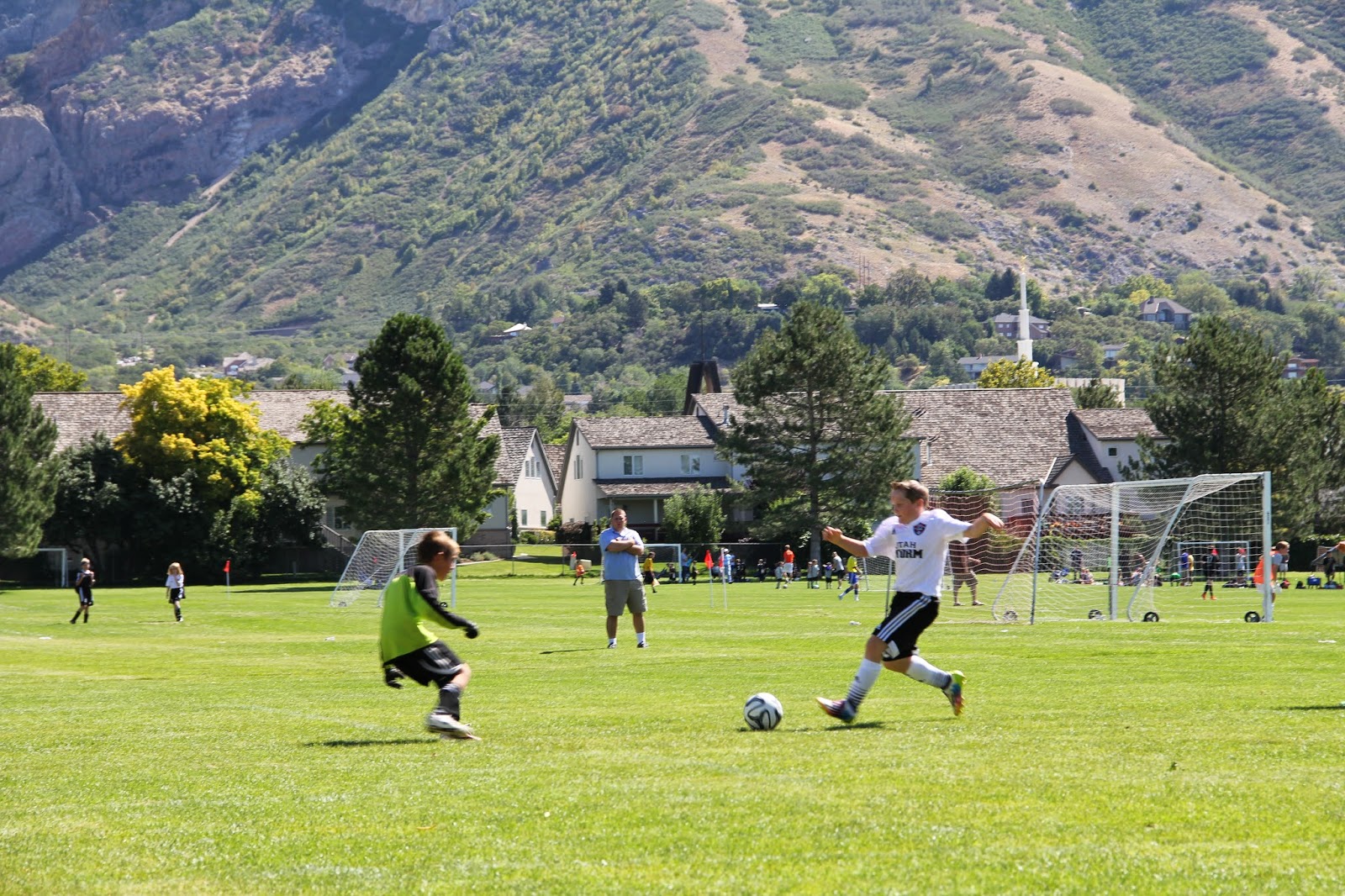 Setting up the second goal. 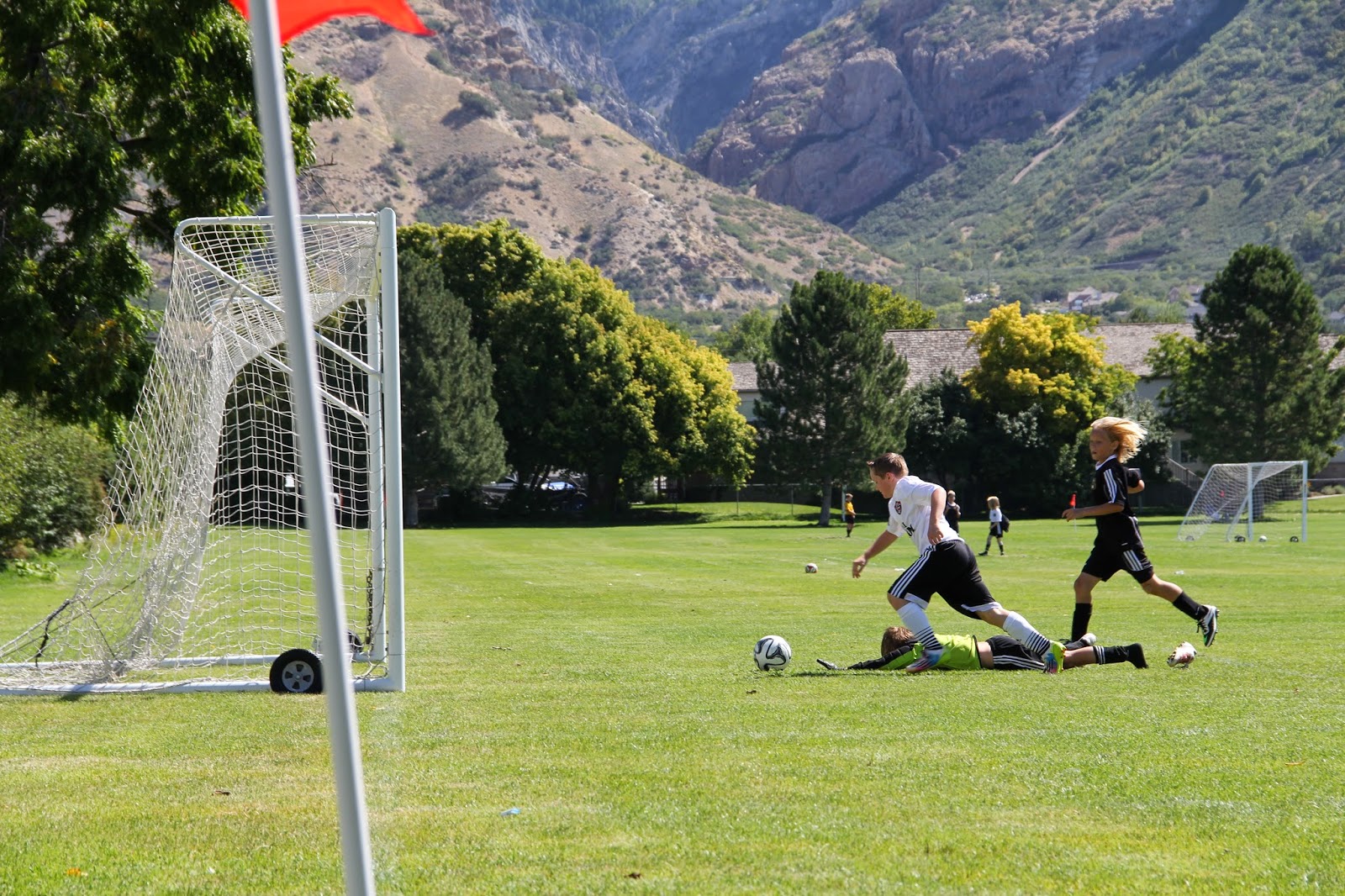 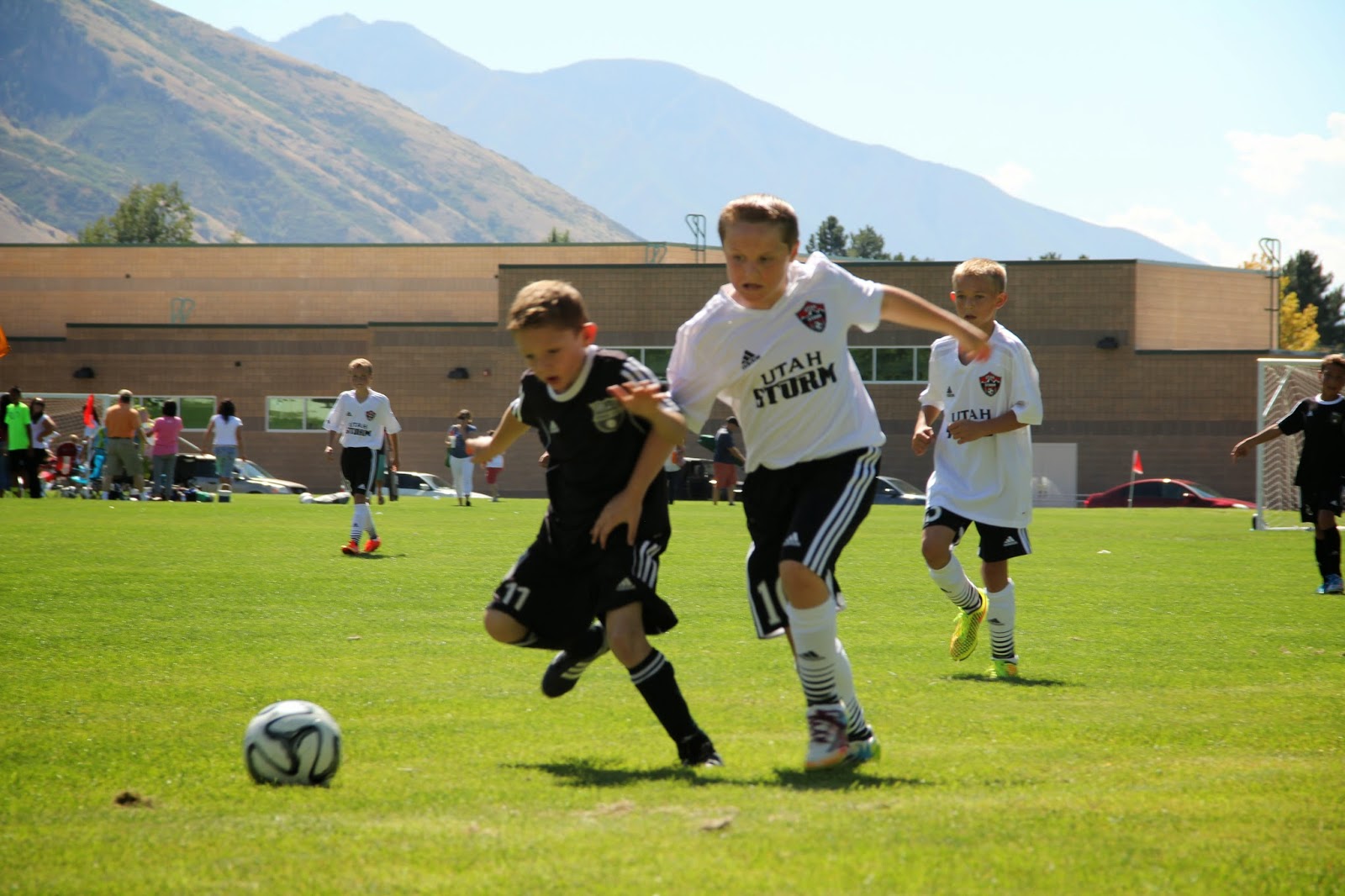 Joel's game was at 12:30 in Pleasant Grove. His team won 2-1 in a hard fought game. Joel assisted with nice passes on both goals. 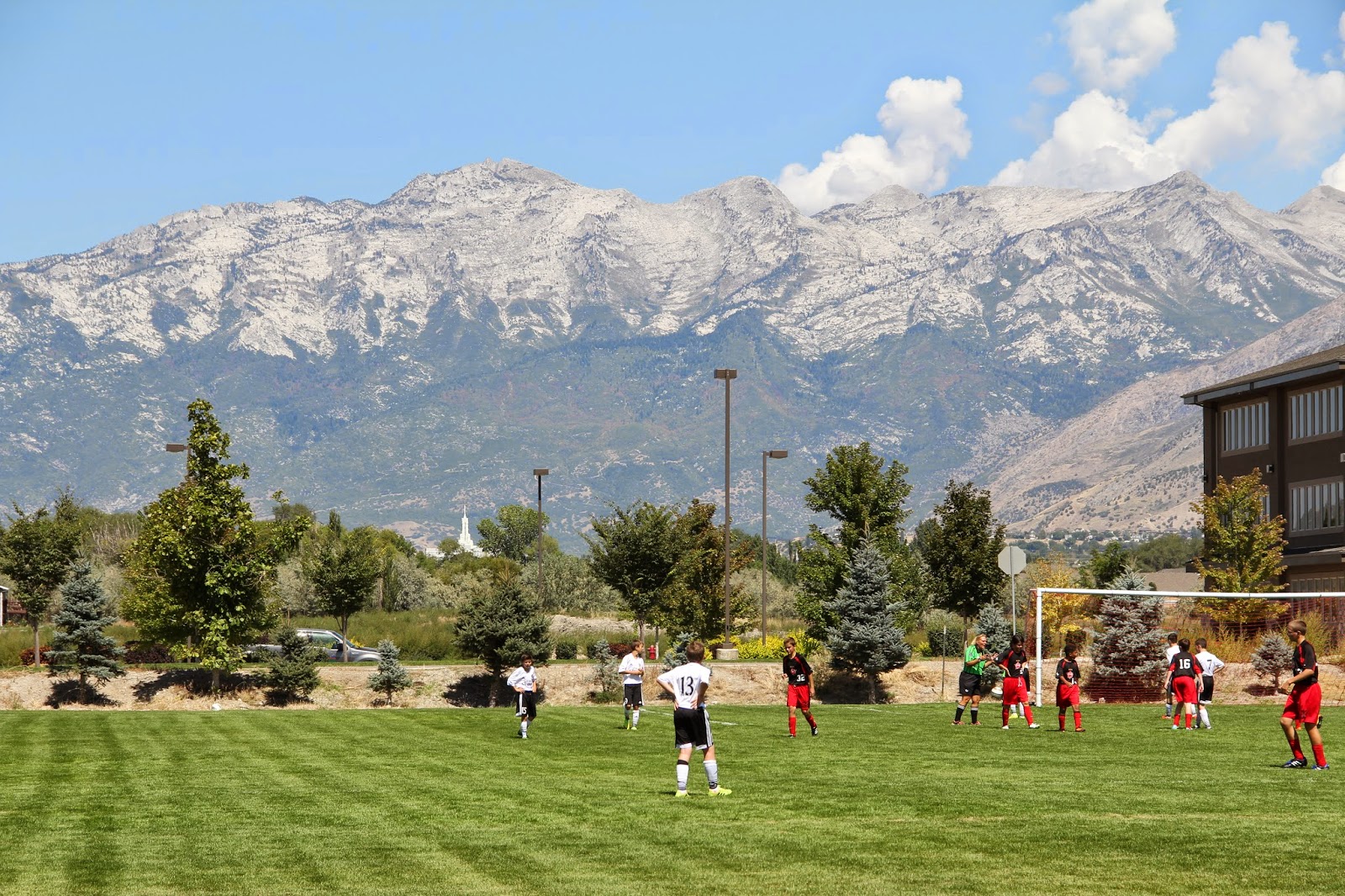 #13 in his unique stance. Lone Peak and the white steeple of the Mt. Timpanogos Temple are in the distance. 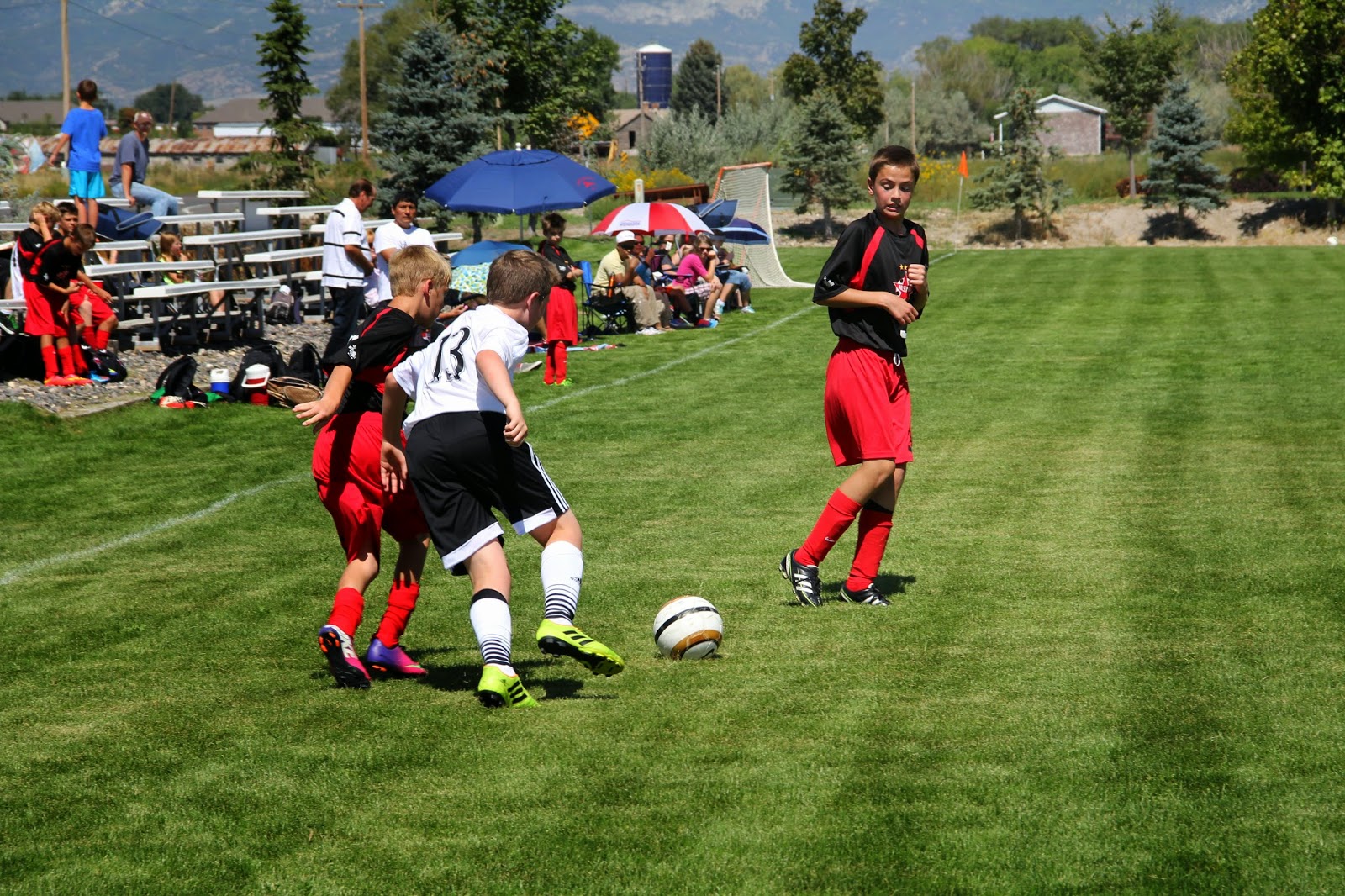 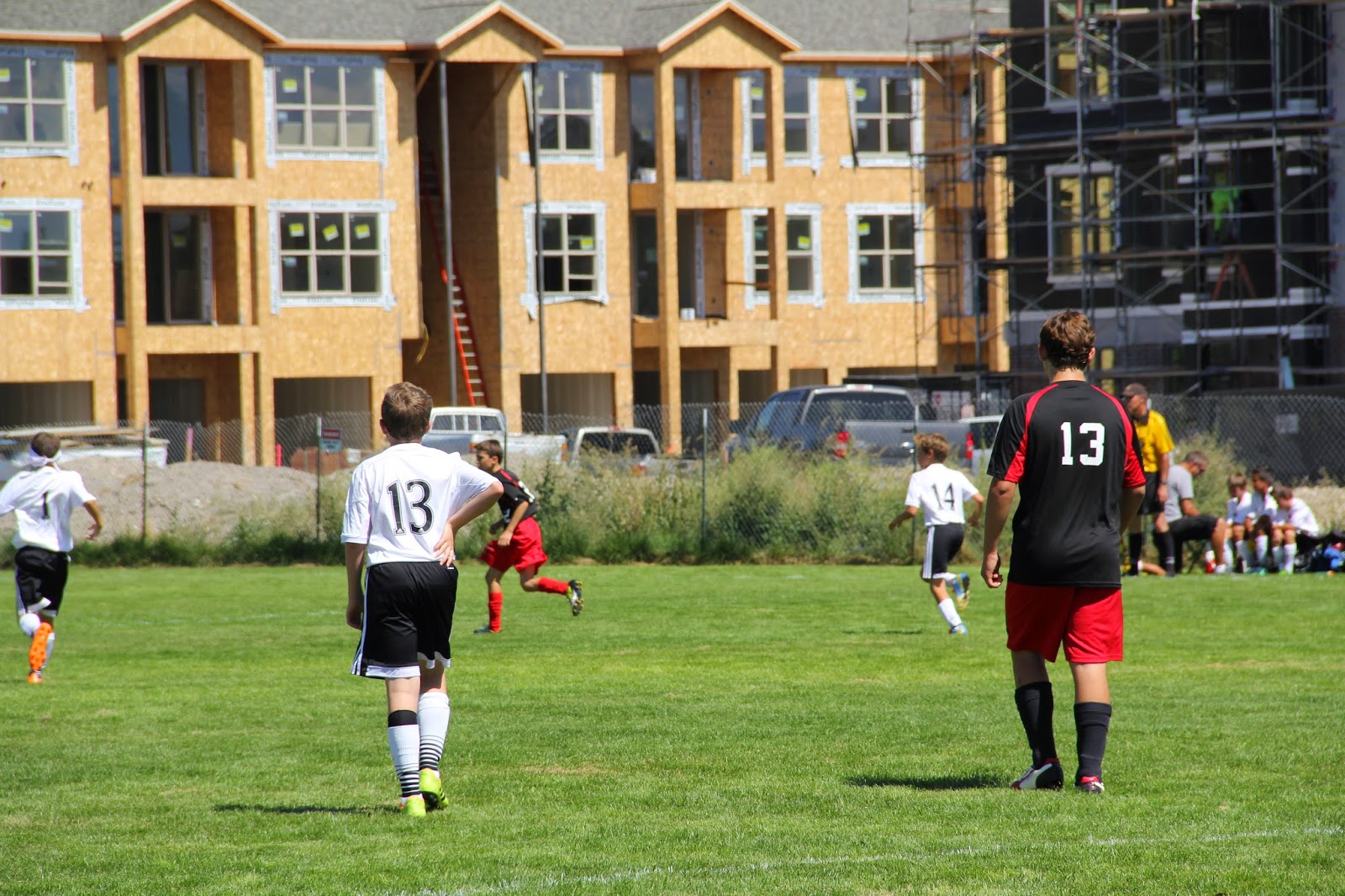 In his team's several encounters with this team the very large #13 (and an equally large #33) have made Joel and other small guys from his team work and bump hard. 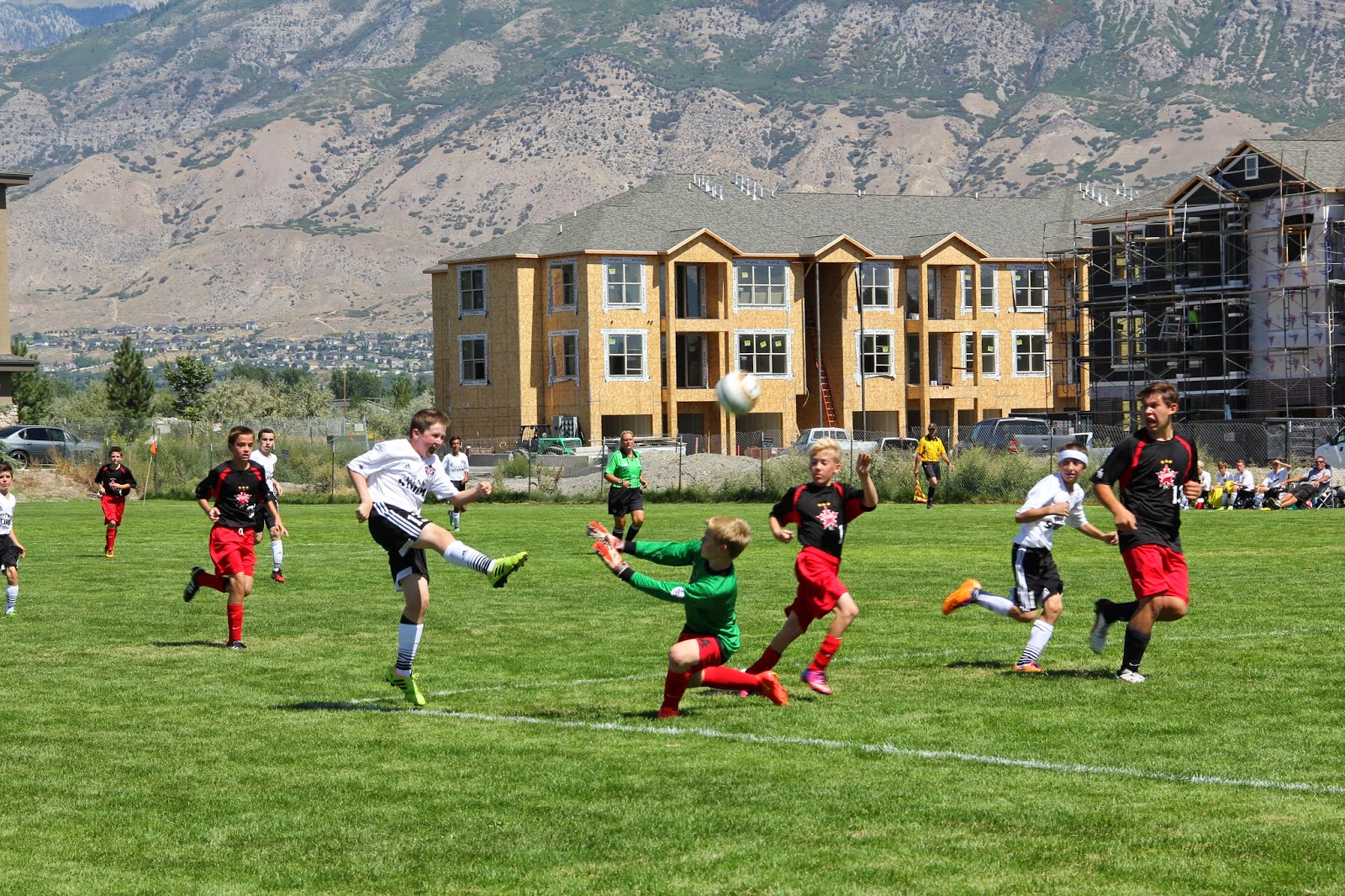 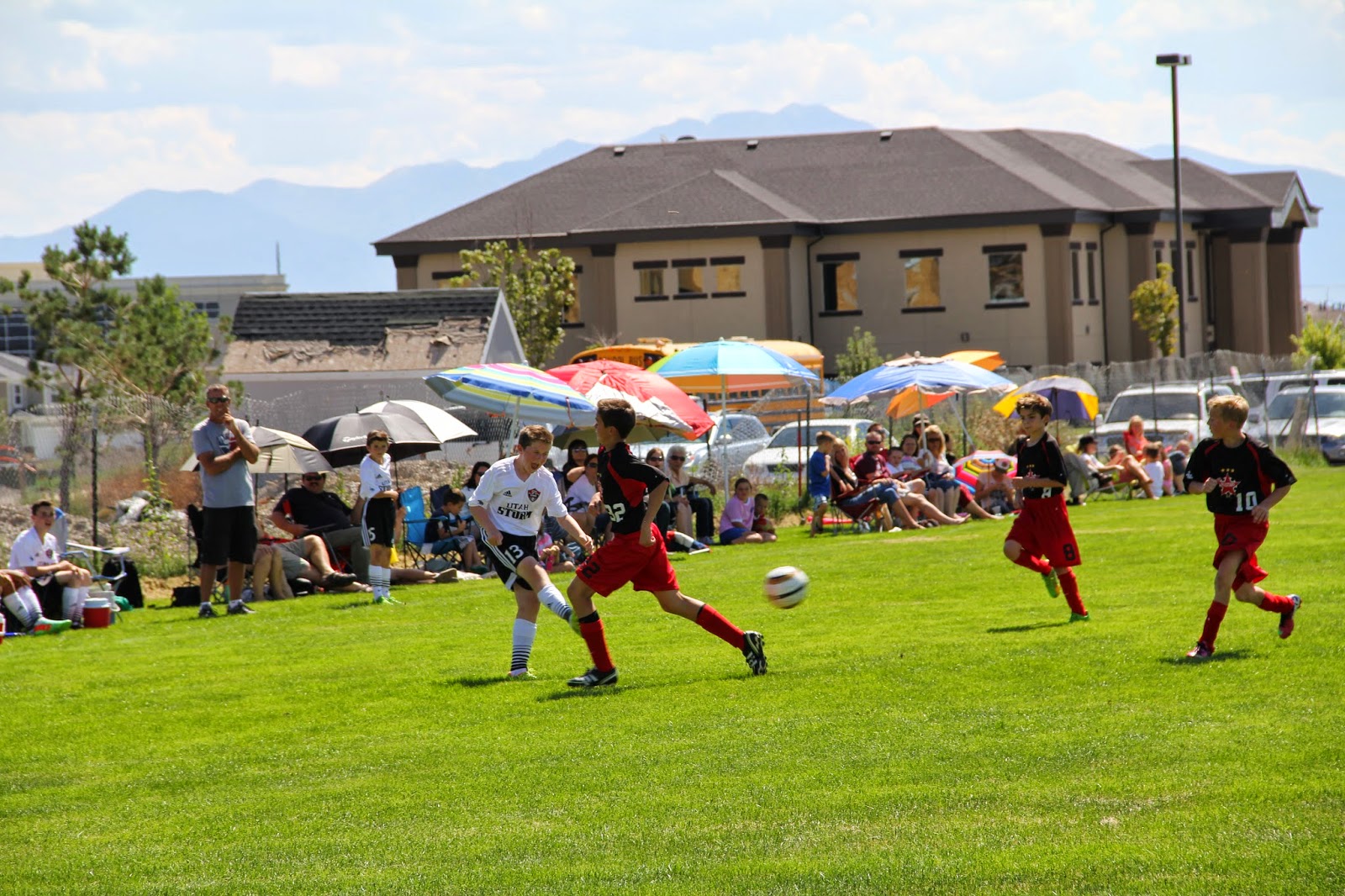 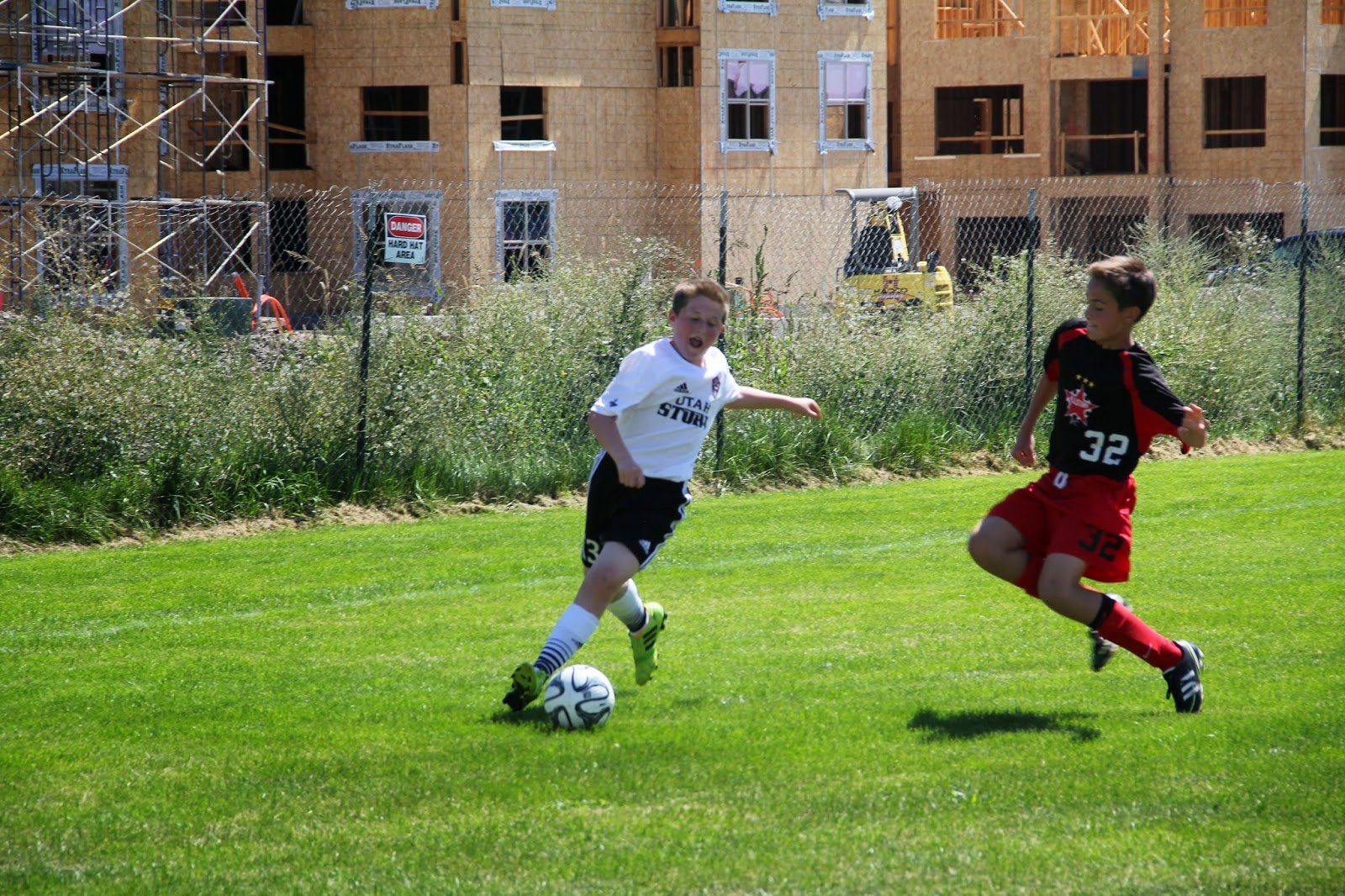 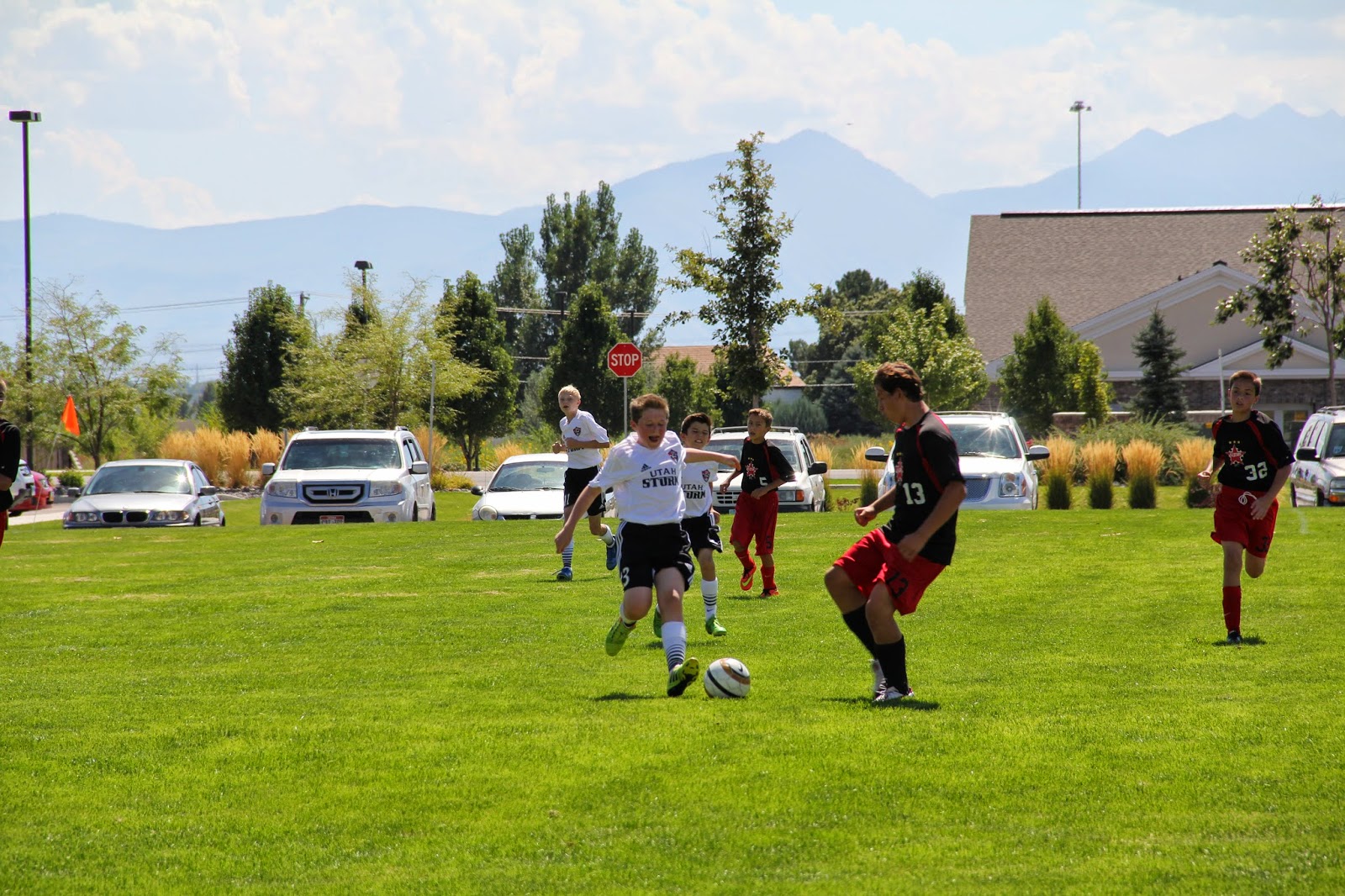 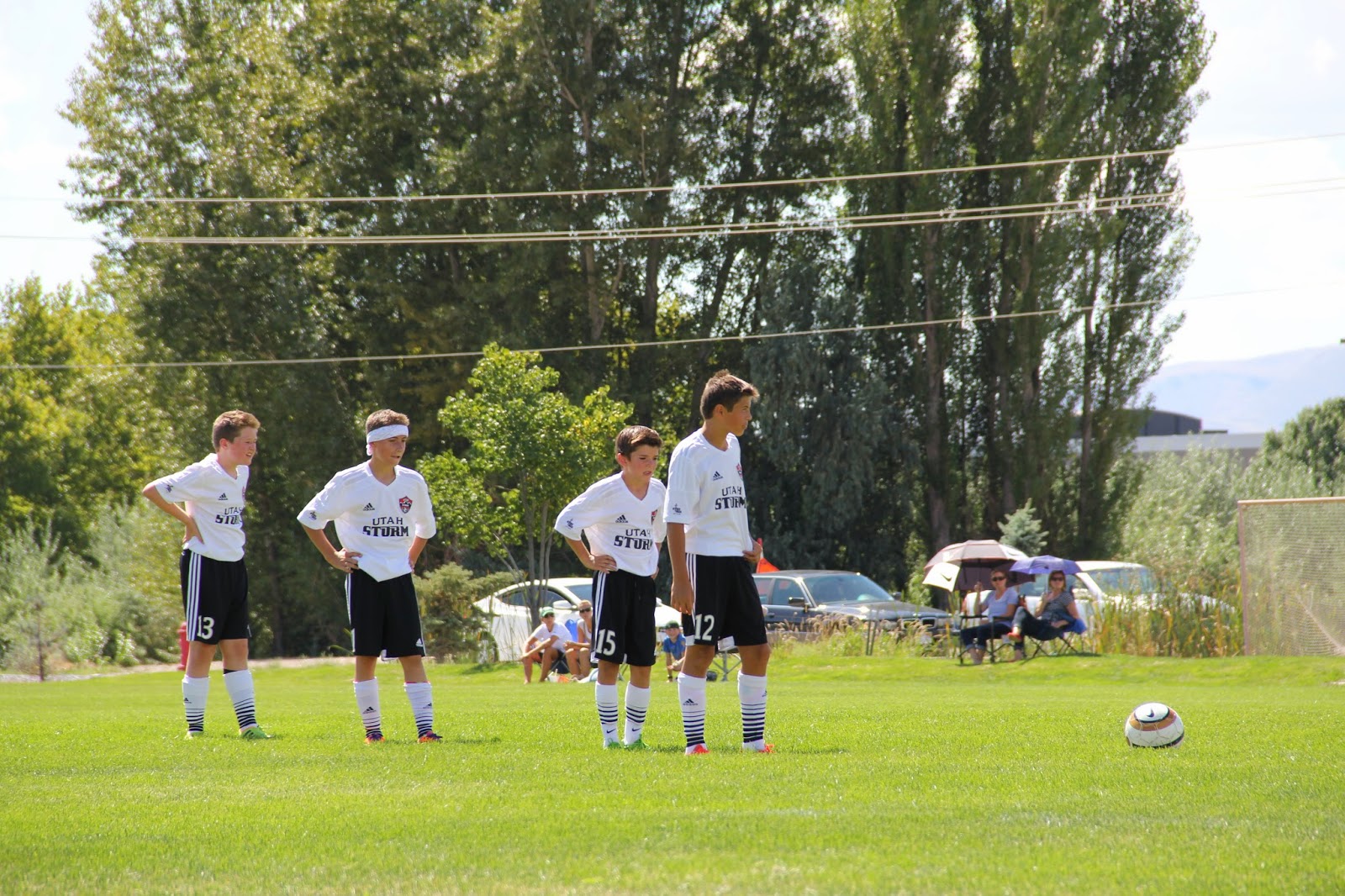 Lining up for a free kick. The first two faked a kick then the third player right before Joel made the kick. 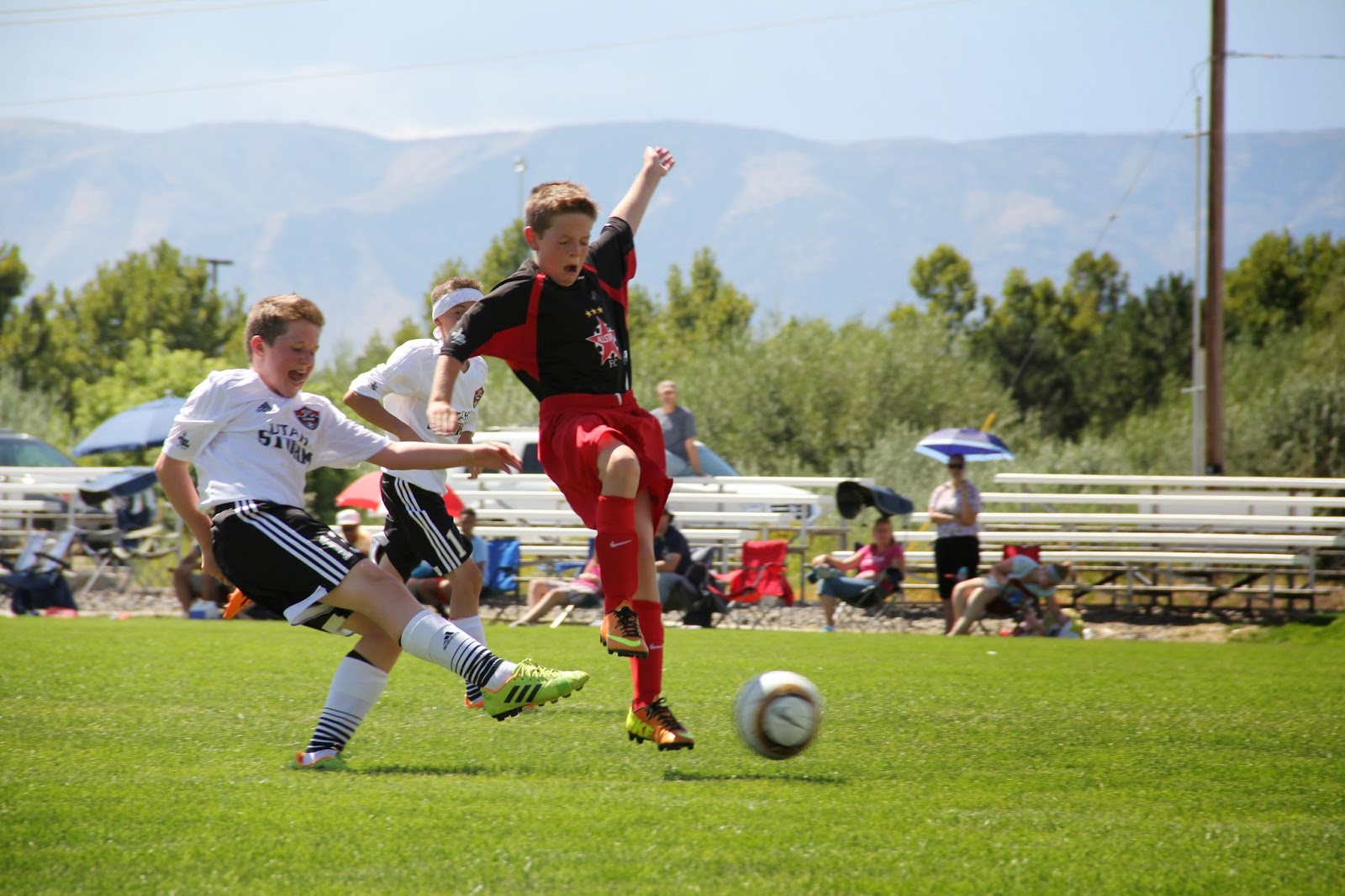 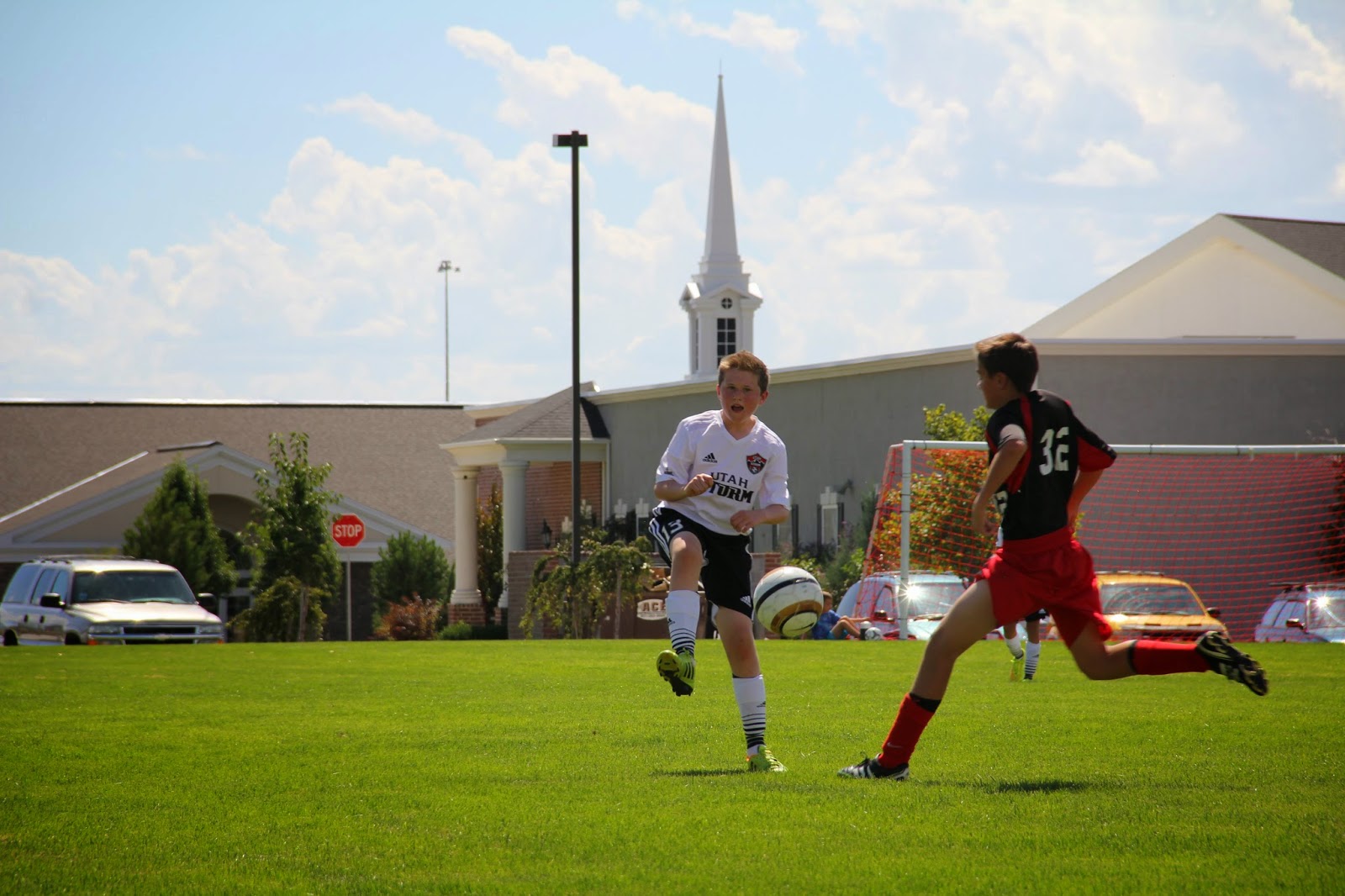