Our day in Kobe (January 31) was delightfully unpressured. There were nice things to see, but we didn’t feel the pressure of Tokyo and Kyoto where we had limited time and so many possibilities of things to see and do. The kids liked the sound of a cable car ride so we rode the elevated subway two stops and then walked the rest of the width of Kobe’s narrow coastal plain to its northern hills. There we rode up the mountain to a hilltop (400 meters above the city) herb garden and resort. Like the gardens at Kyoto’s imperial palace this would have been spectacular in a few months. As it was, we enjoyed the indoor greenhouses (more Valentine themed decorations) and winding our way down through the gardens (amidst snow flurries).

For the second half of our walking descent we ventured off along the many mountain trails past Kobe’s drinking water reservoir and the lovely Nunobiki Falls. Part of the fun of these outings is that we often run into others from our ship. At the falls it was a student in one of my classes from Bosnia and another student we have enjoyed getting to know from Sumatra Indonesia. 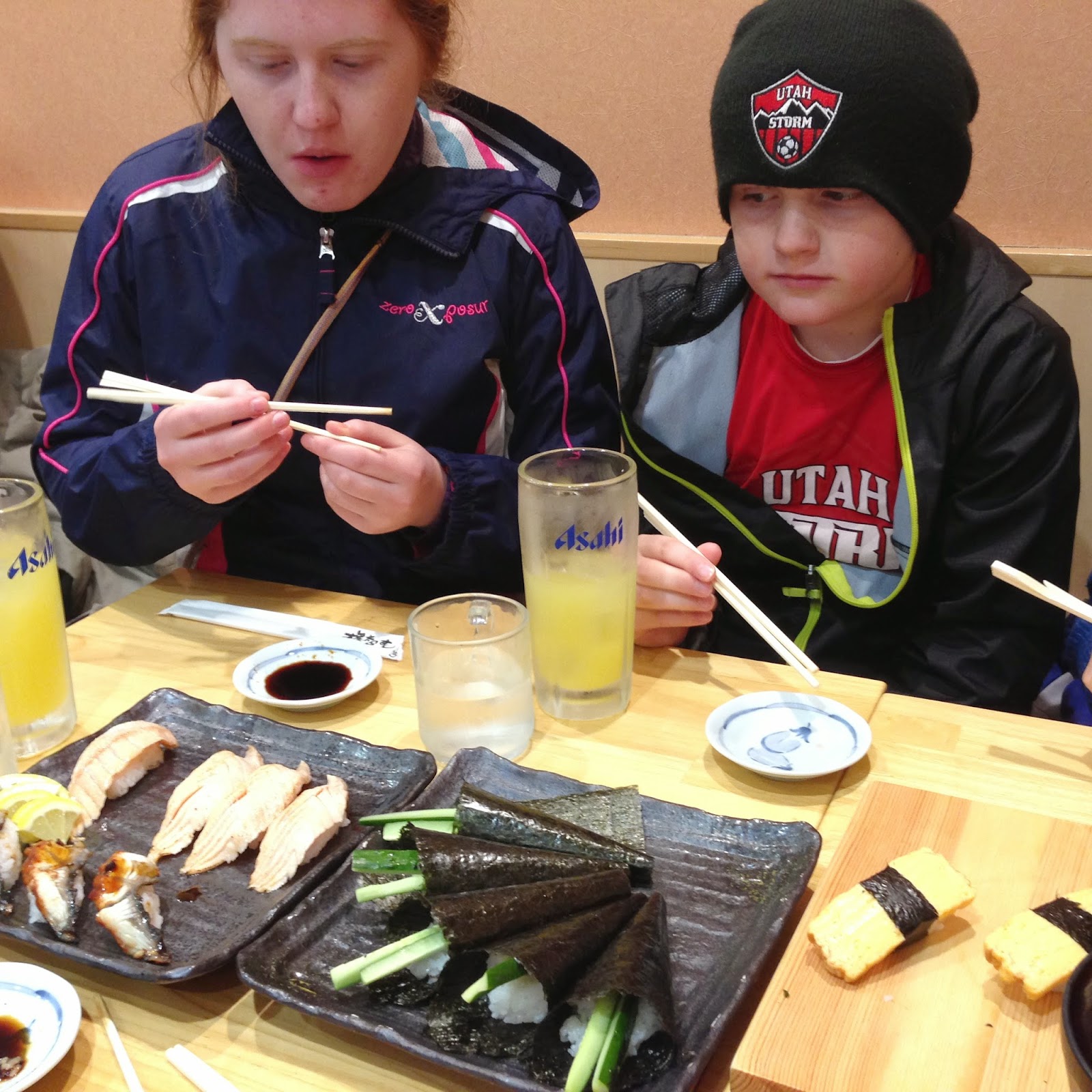 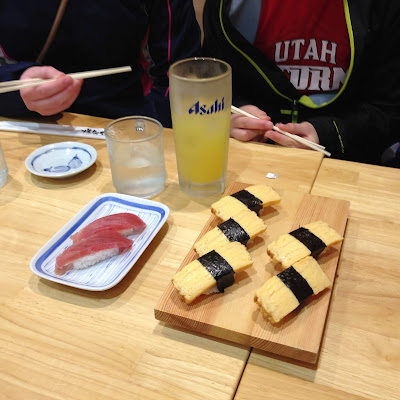 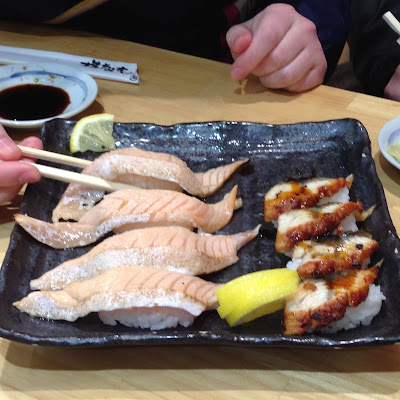 Once down the mountain we set out to find lunch of sushi. I do not seek after sushi, but it was a must do in Japan. Everyone agreed—and everyone liked it. We started out with tame omelet sushi and cucumber rolls along with grilled salmon and grilled eel. Surprisingly the grilled eel was the favorite which necessitated a follow up order. Everyone but Marie also tried the raw salmon and/or raw tuna. The second order of raw tuna had wasabi which caught Joel off guard. His initial response was to spit it out but he toughed it out and ate it all. Sarah joined me in trying grilled octopus. They were small enough for one big adult bite, but Sarah’s mouth missed a tentacle so we all laughed as her eyes widened while chewing with one tentacle hanging out of her mouth. Chopstick ability improved with each piece of sushi. It takes practice to dip the hand formed rice loaf and top layer of fish in soy sauce and get it too ones mouth all in one piece.

We then walked through more of downtown Kobe towards the water front. There we saw a monument to the 1995 earthquake and the reconstruction of the heavily damaged harbor area. We then visited the Harbor Land mega mall. Throughout our Japan stay we had been keeping our eyes open for a Pokeman store. We had hoped Kobe would have one, but unfortunately it did not. The mall had a ToysRus store, so Marie had the great idea to check there. Wallah, it had one aisle dedicated to Pokeman stuff. Joel and Will each found some fun souvenirs. It was Saturday and the store was packed with young families with their children. The current demography of Japan is that of an aging society where many choose not to marry or not to have children. ToysRus did not represent that demographic reality at all. Nor did the crowded food court and our next stop of Baskin Robbins—delicious ice cream ordered and served in an amazingly efficient manner to a long line of patrons. Our final stop in the mall was a grocery store for between meal snacks on the ship—chocolate was the common denominator for most of what we bought. We then walked back laong the water front to our ship. We arrived with 1 ¼ hours to spare before the on-board deadline. Unfortunately, there were hundreds of others a head of us, which meant we finally were able to board with two minutes to spare before being penalized with one hour of delayed departure next port for every 1-15 minutes you board late. The slow up was a laborious security check to make sure that no-one smuggled in alcohol (students always try which means all water bottles must be emptied) or dangerous items (a samurai sword was hidden in one student’s pants).

We set sail at 20:00 with a drumming send off and blue search lights shining. On the hill was a lit sign of Kobe and an anchor. 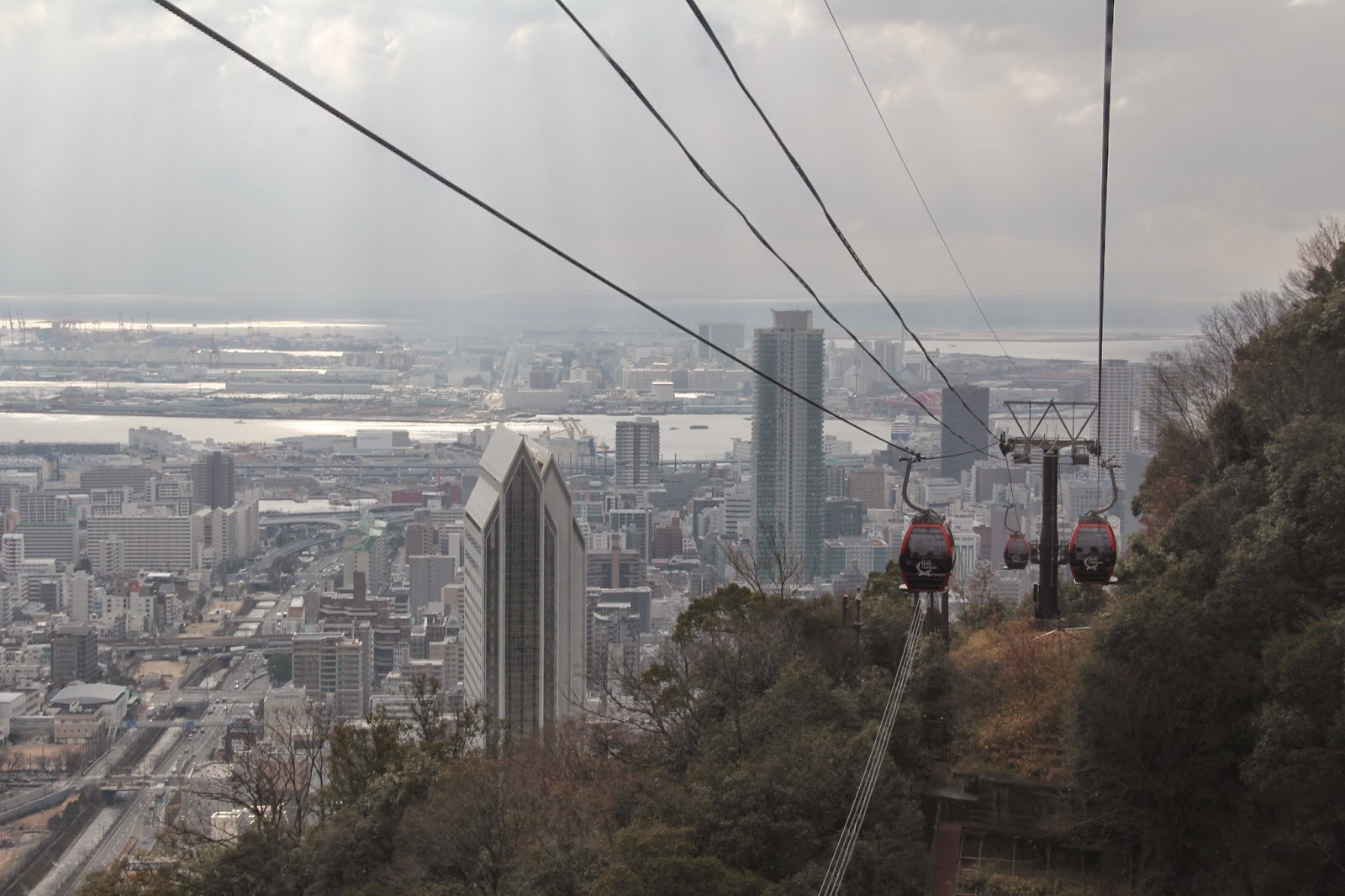 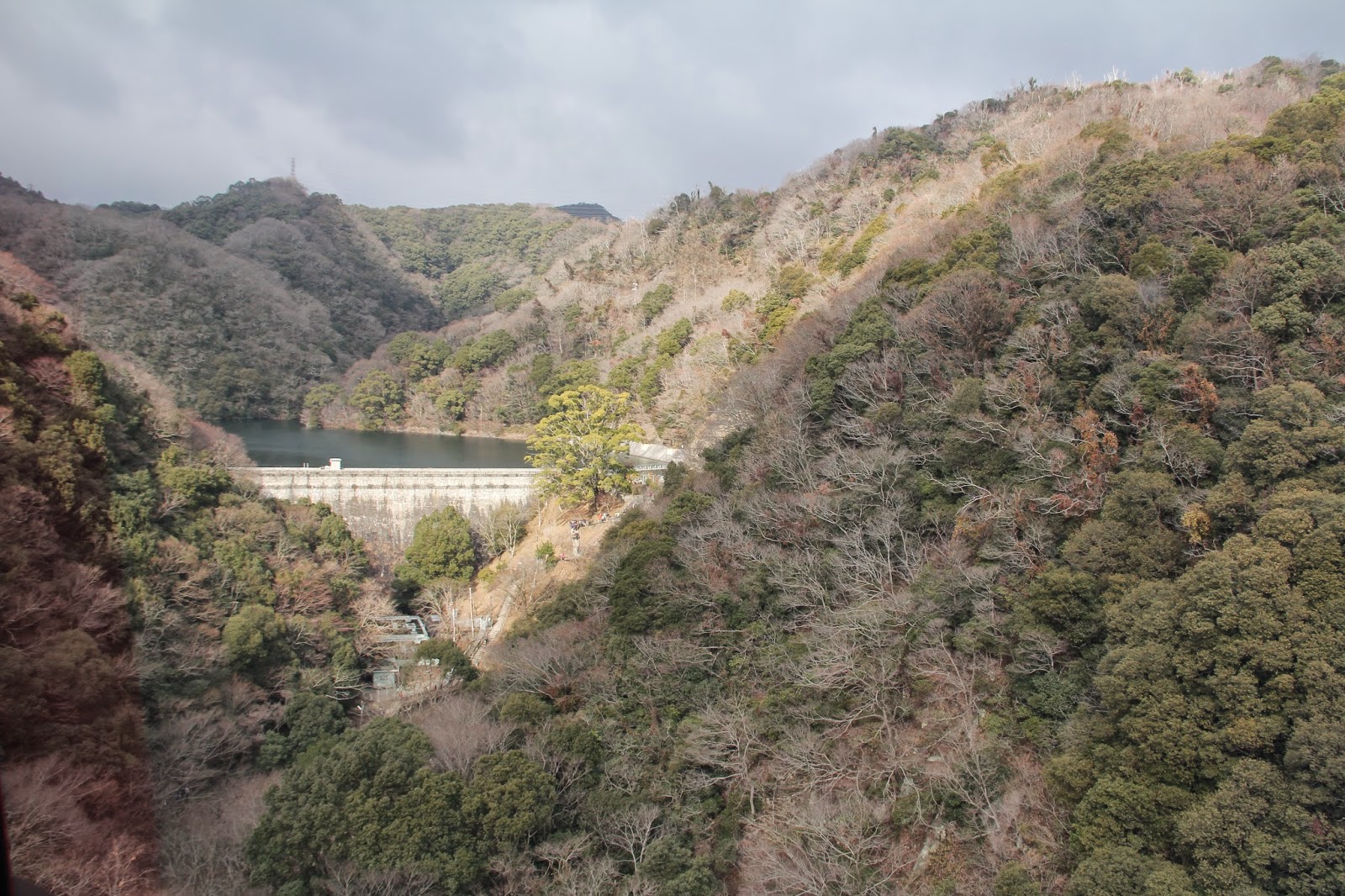 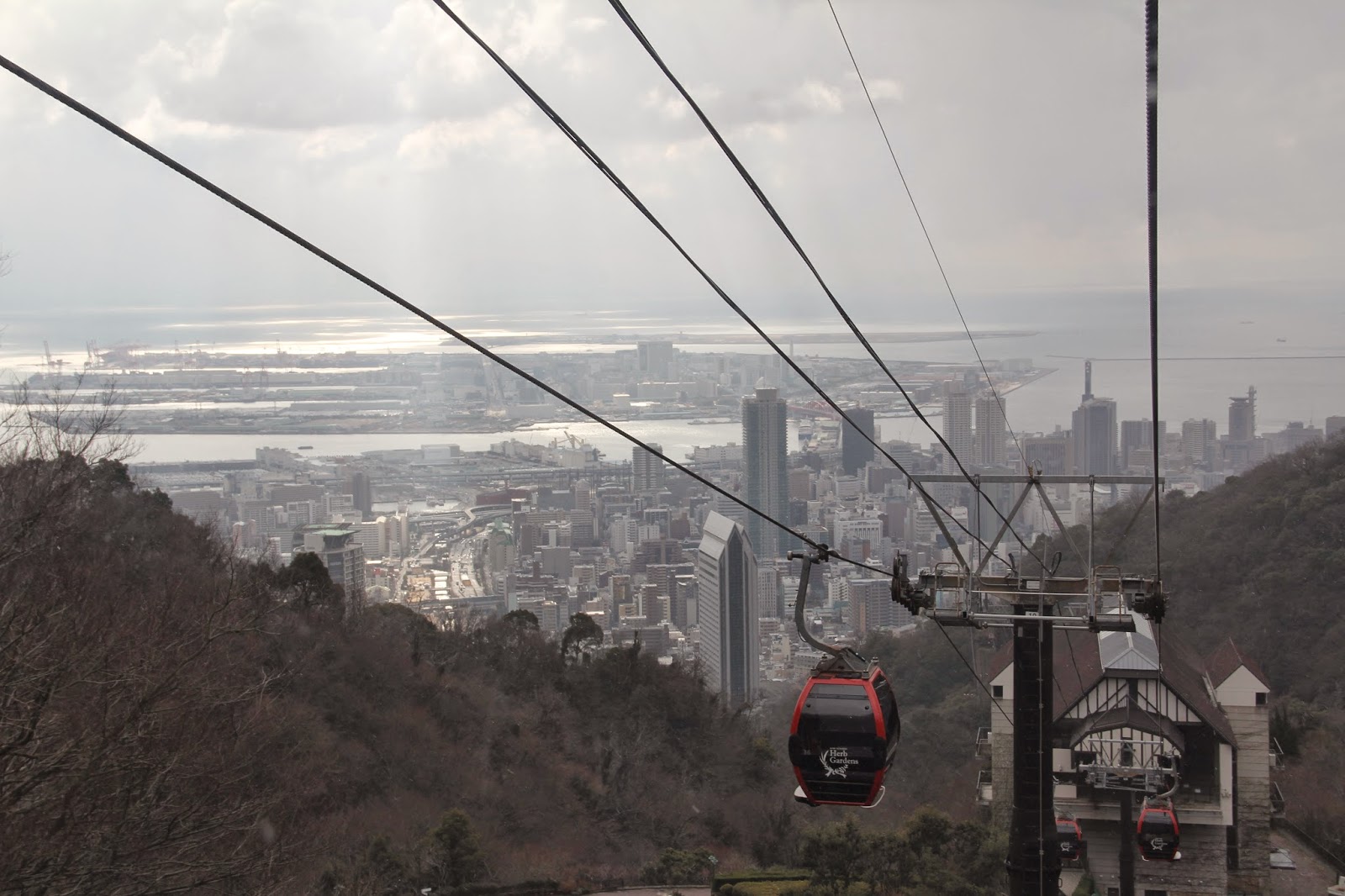 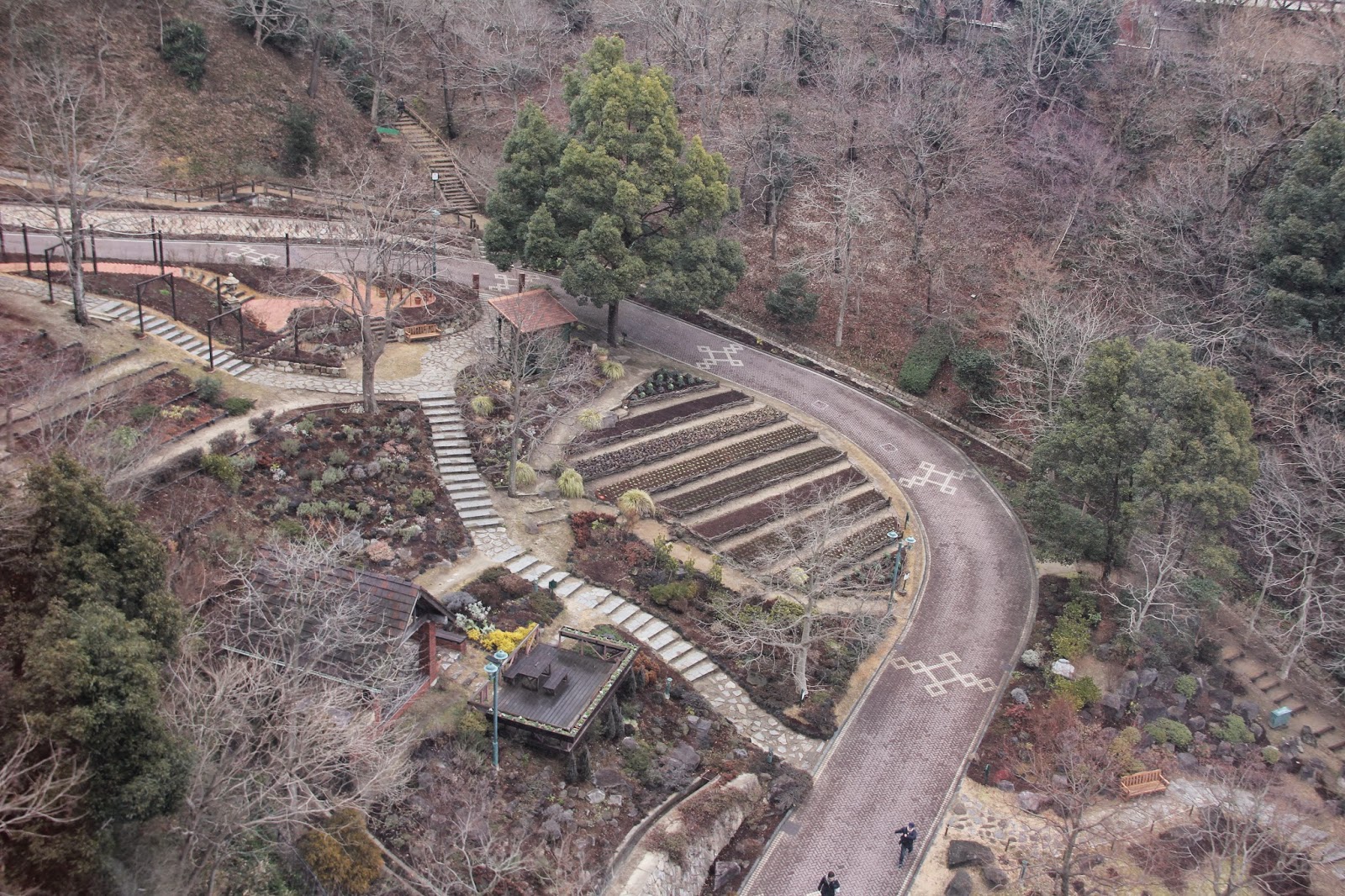 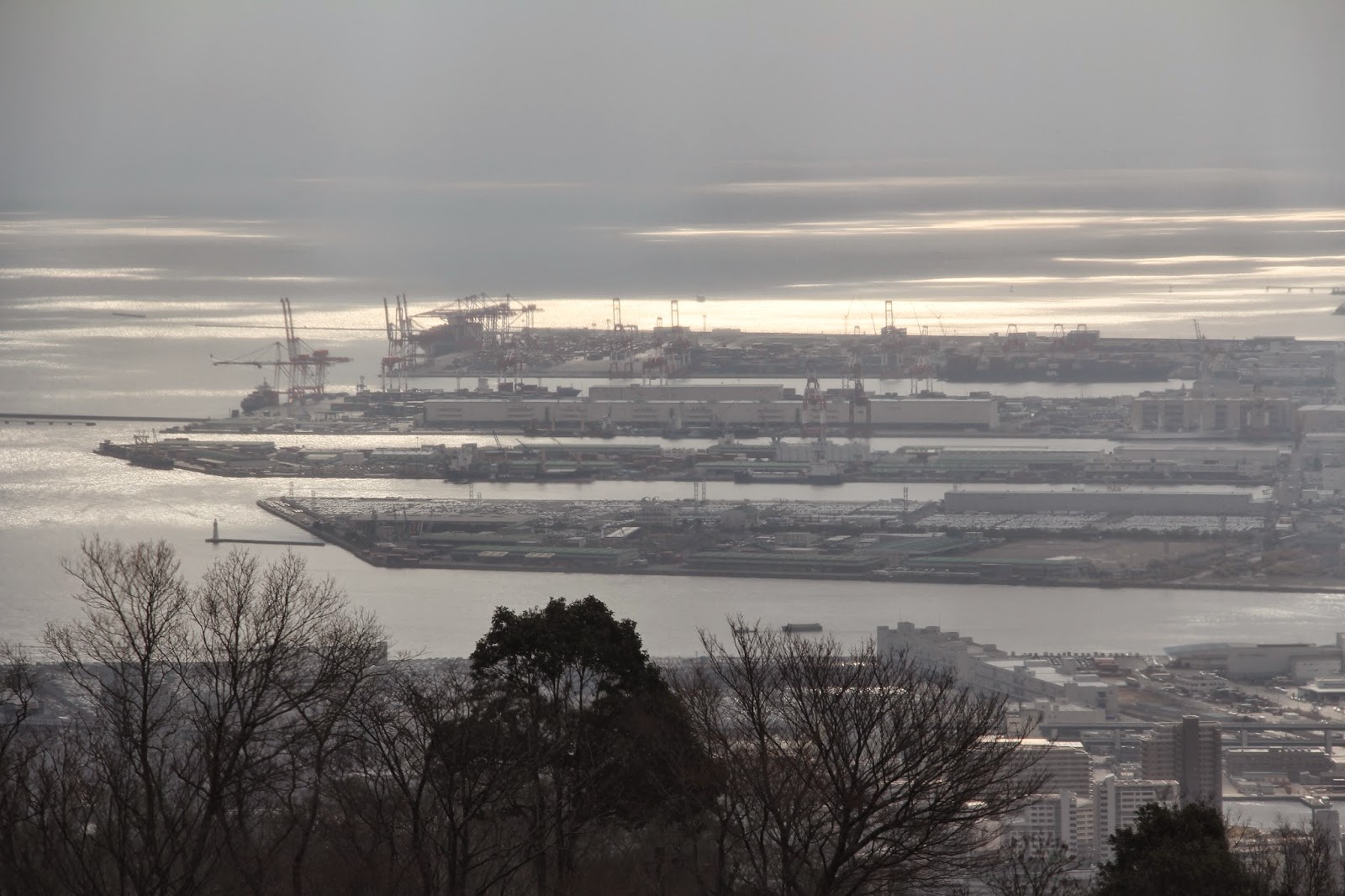 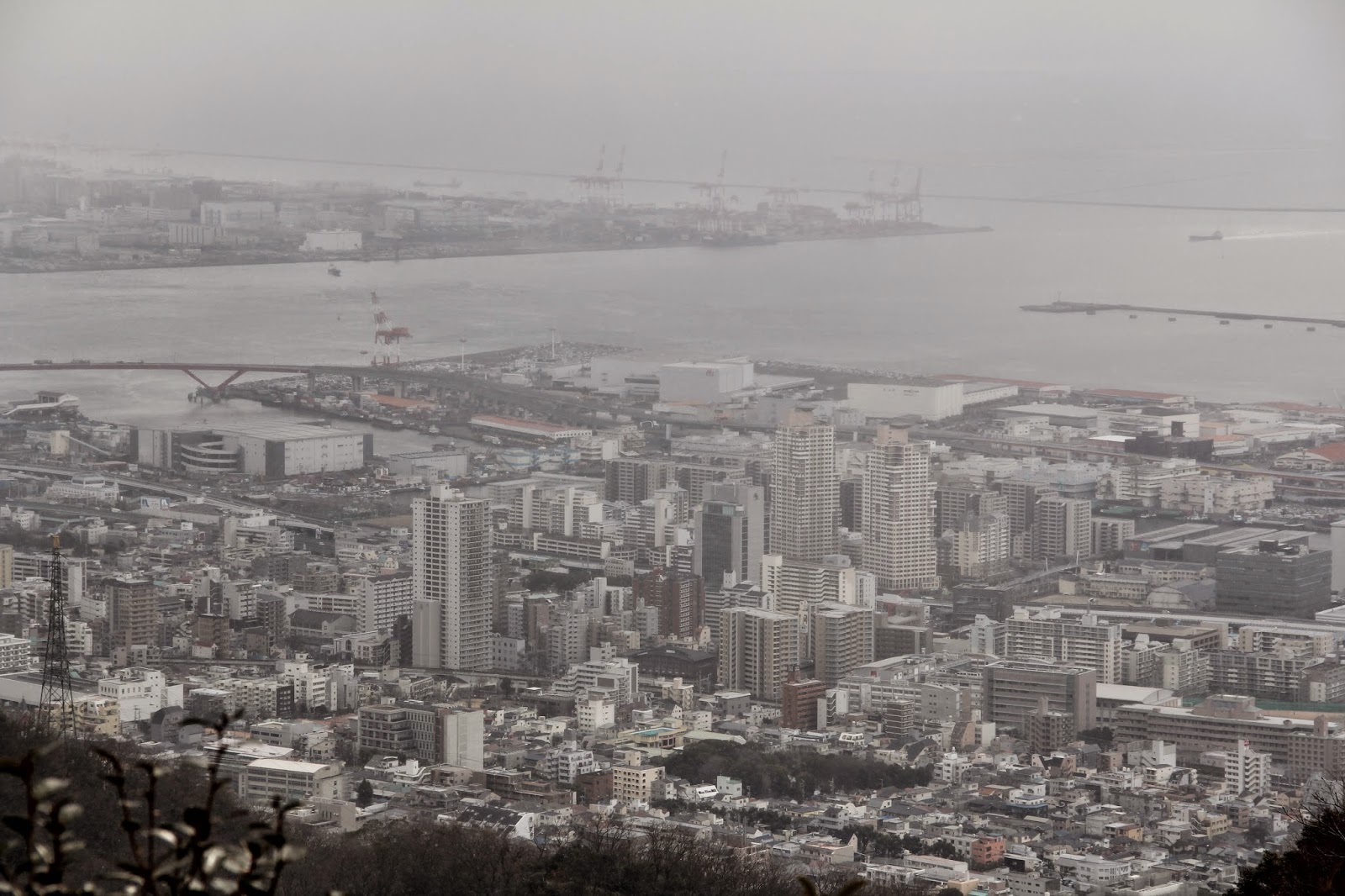 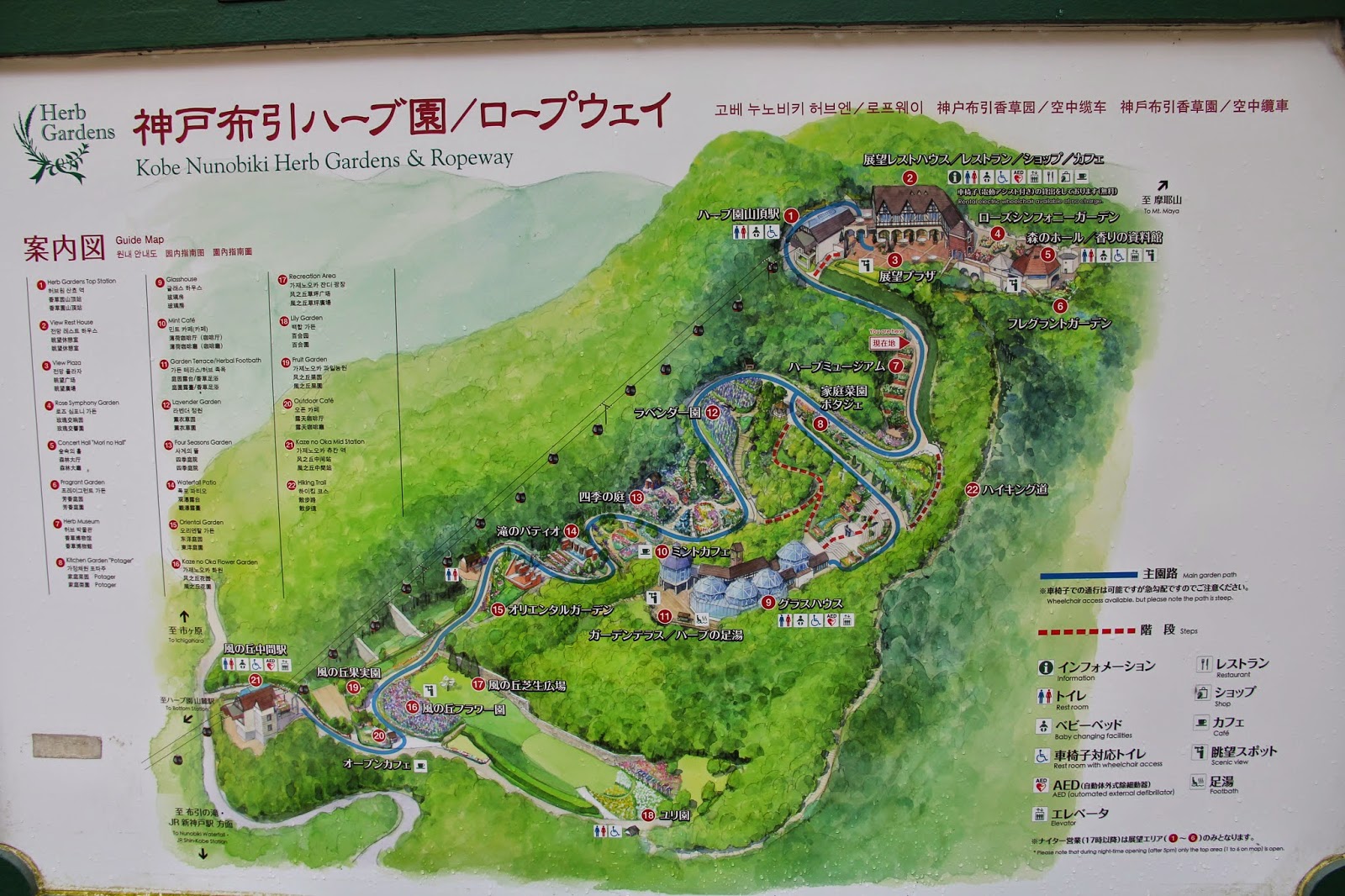 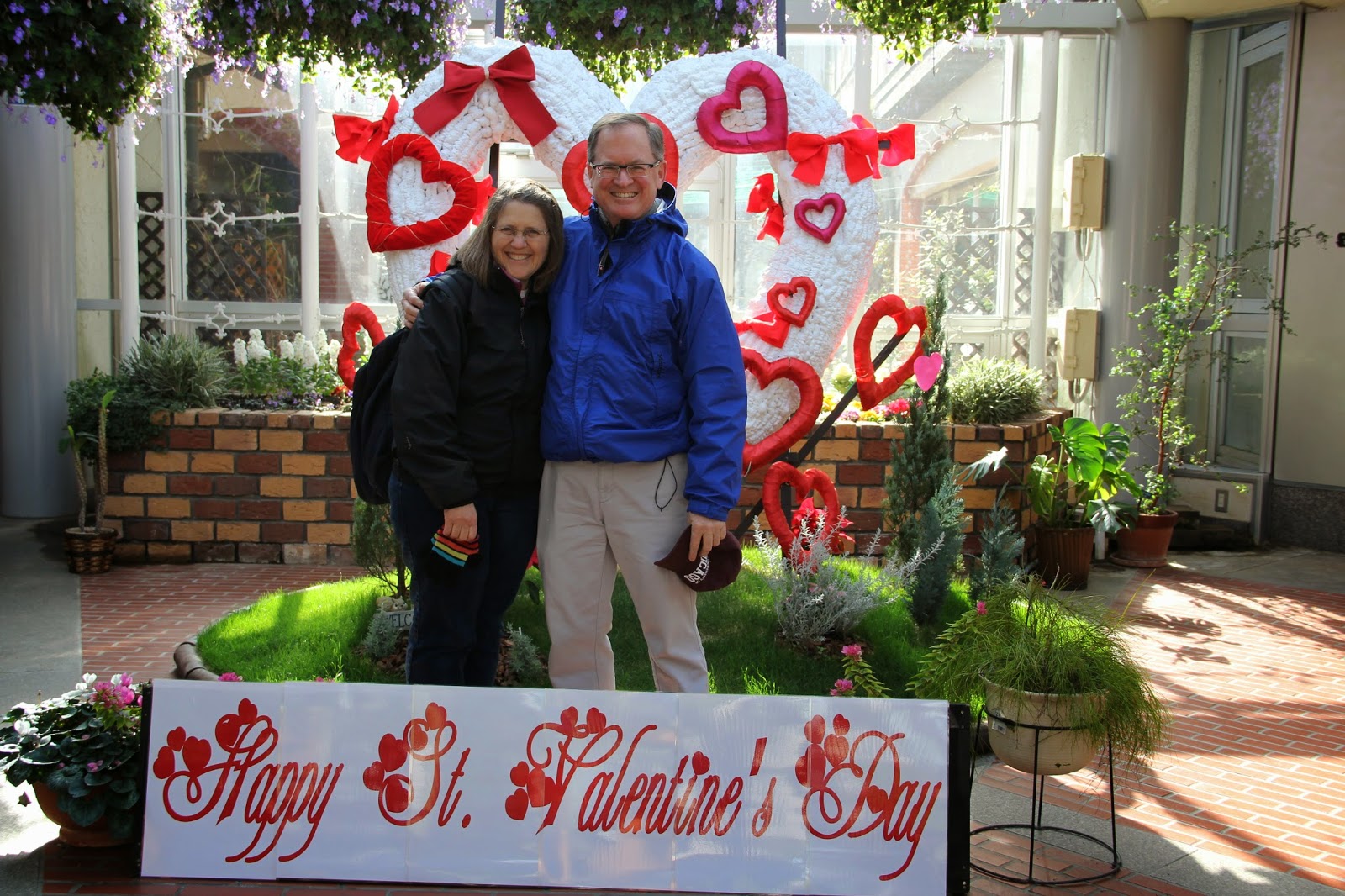 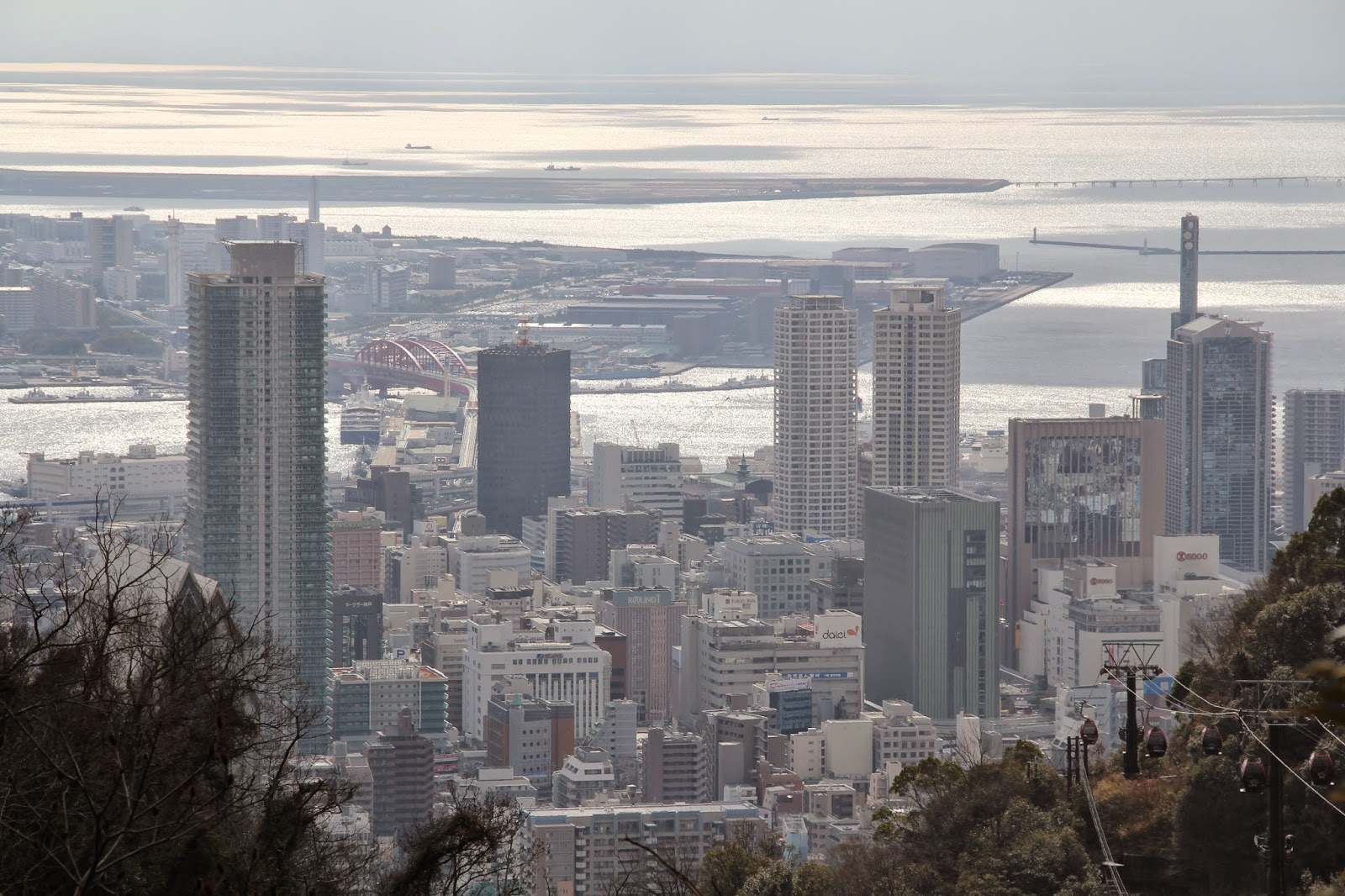 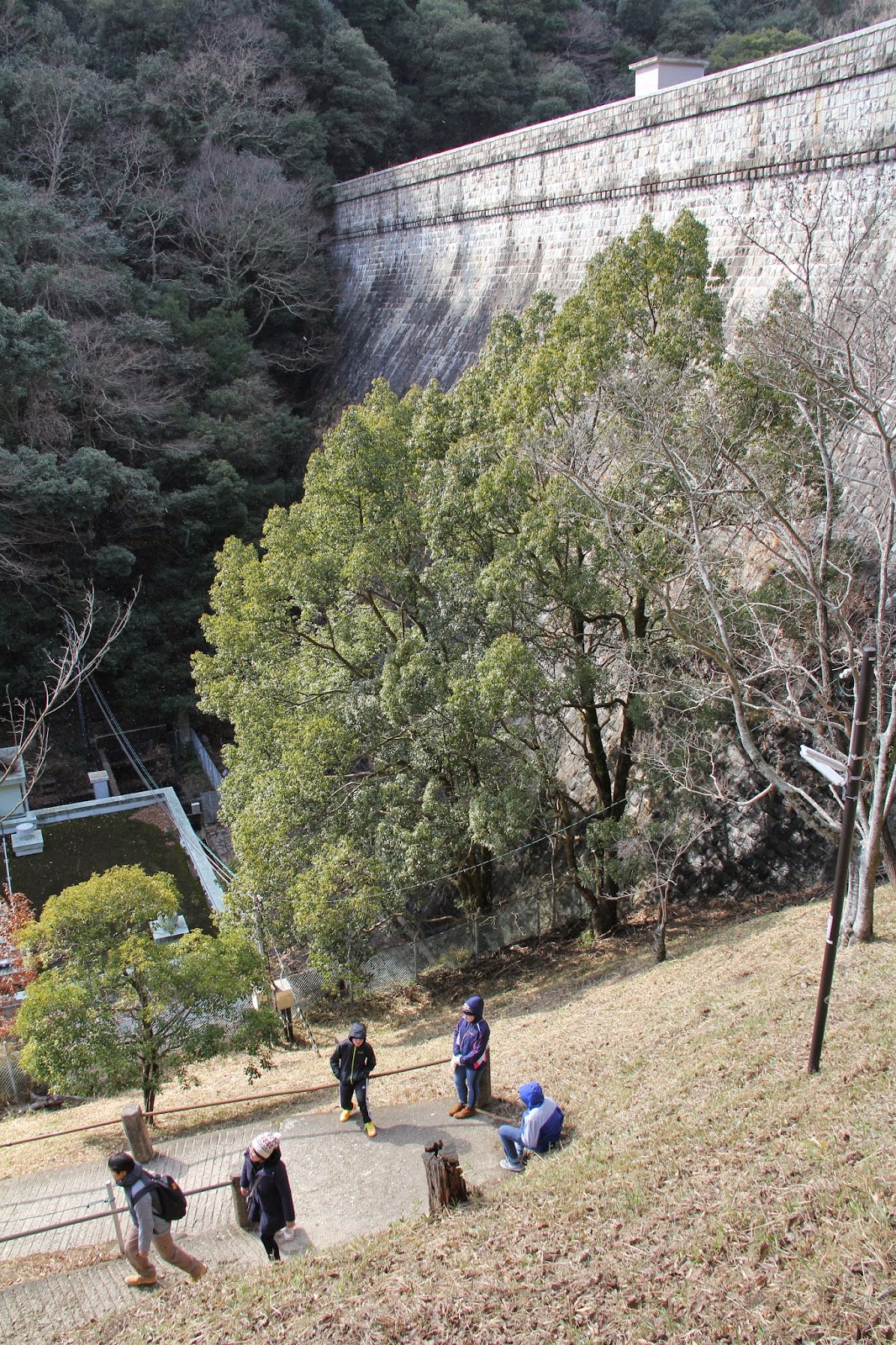 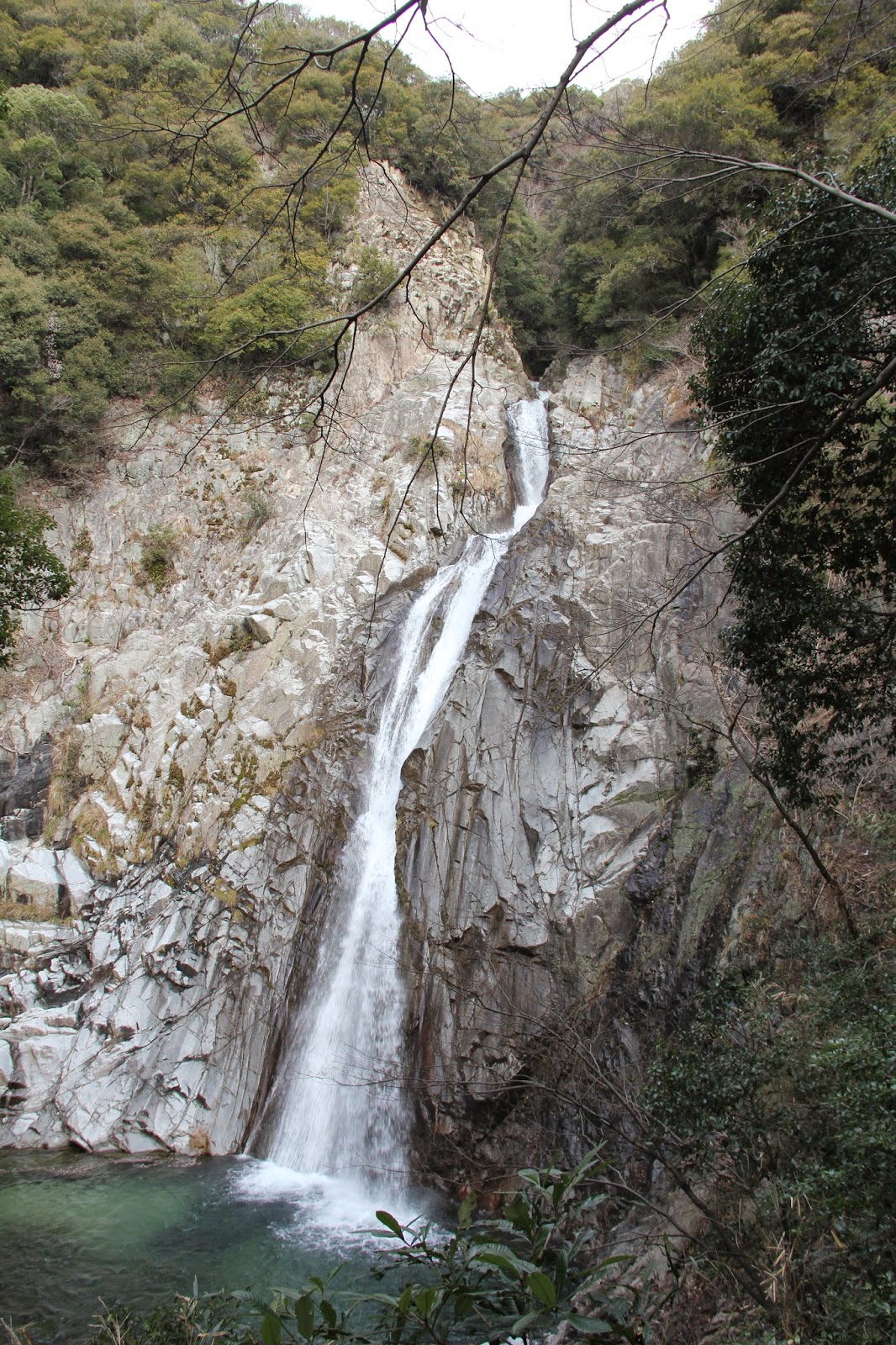 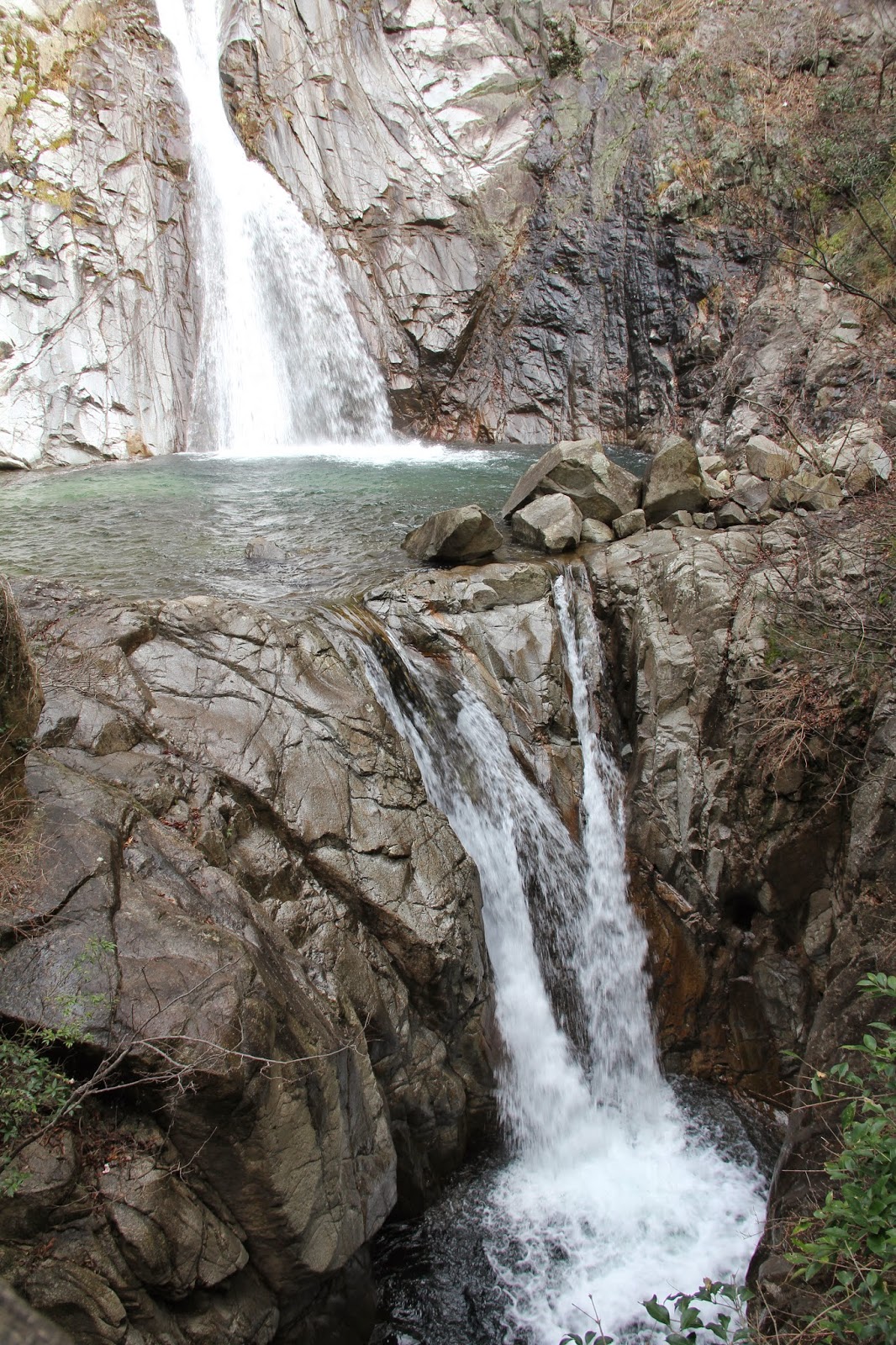 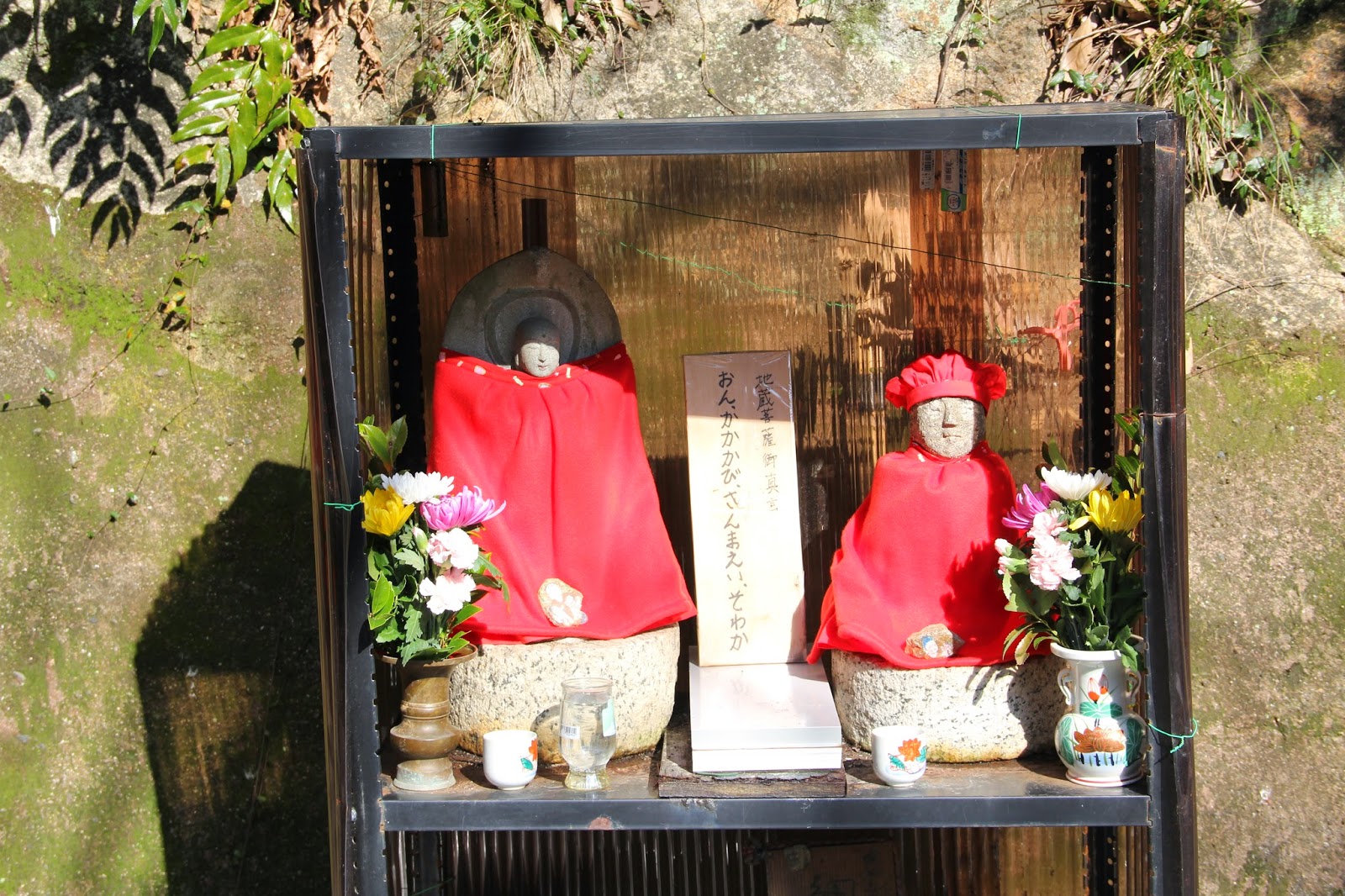 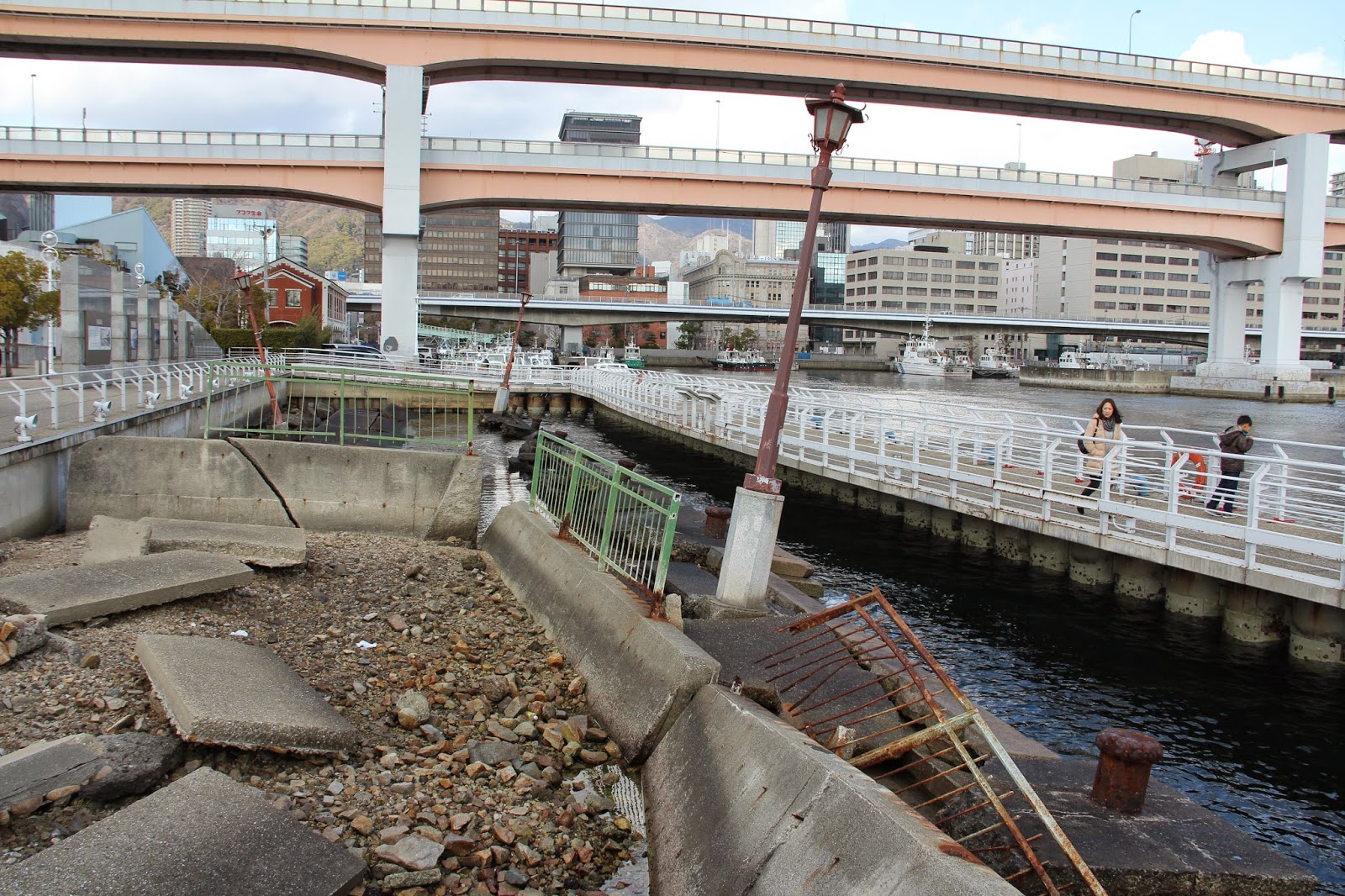 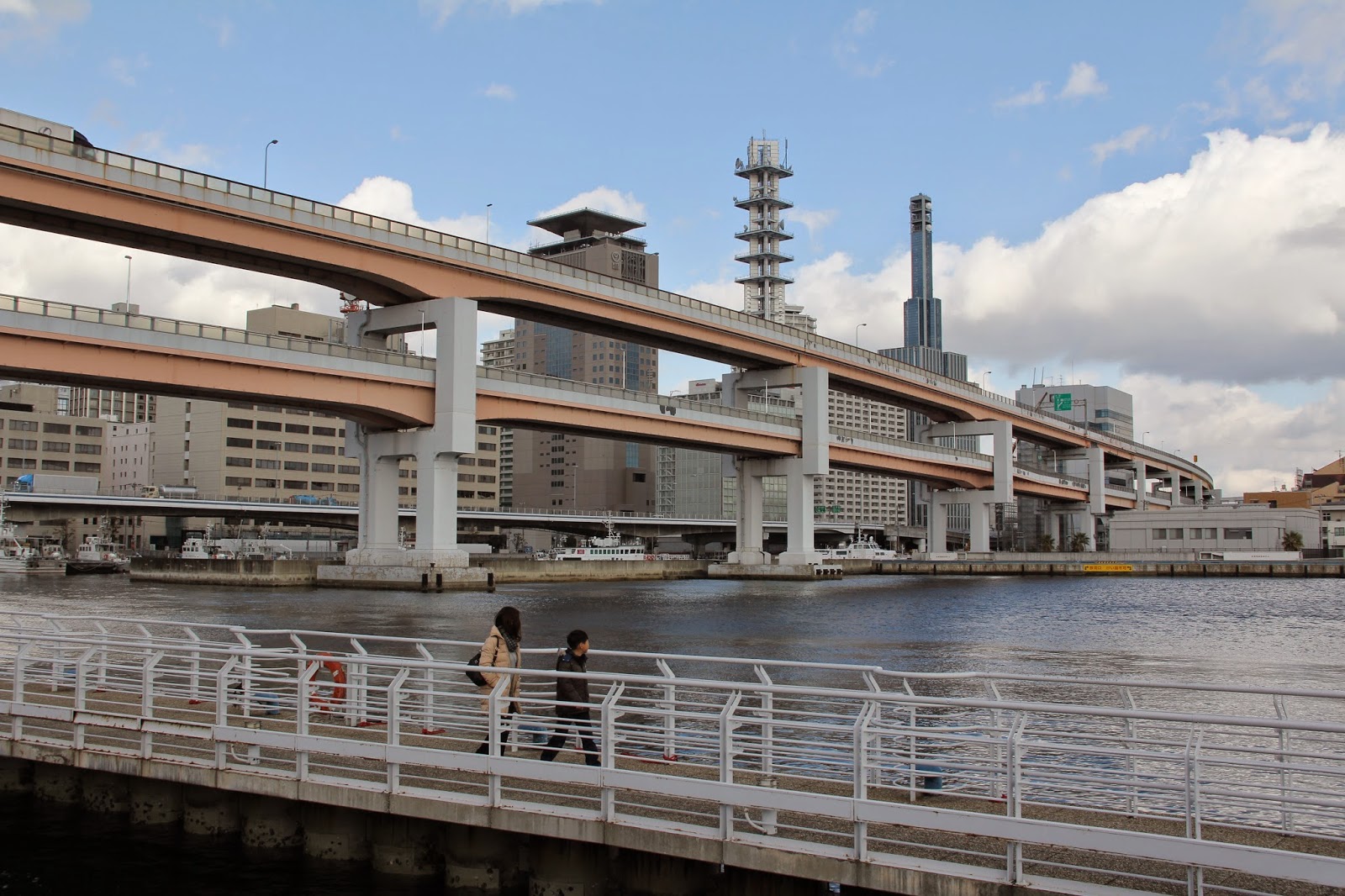 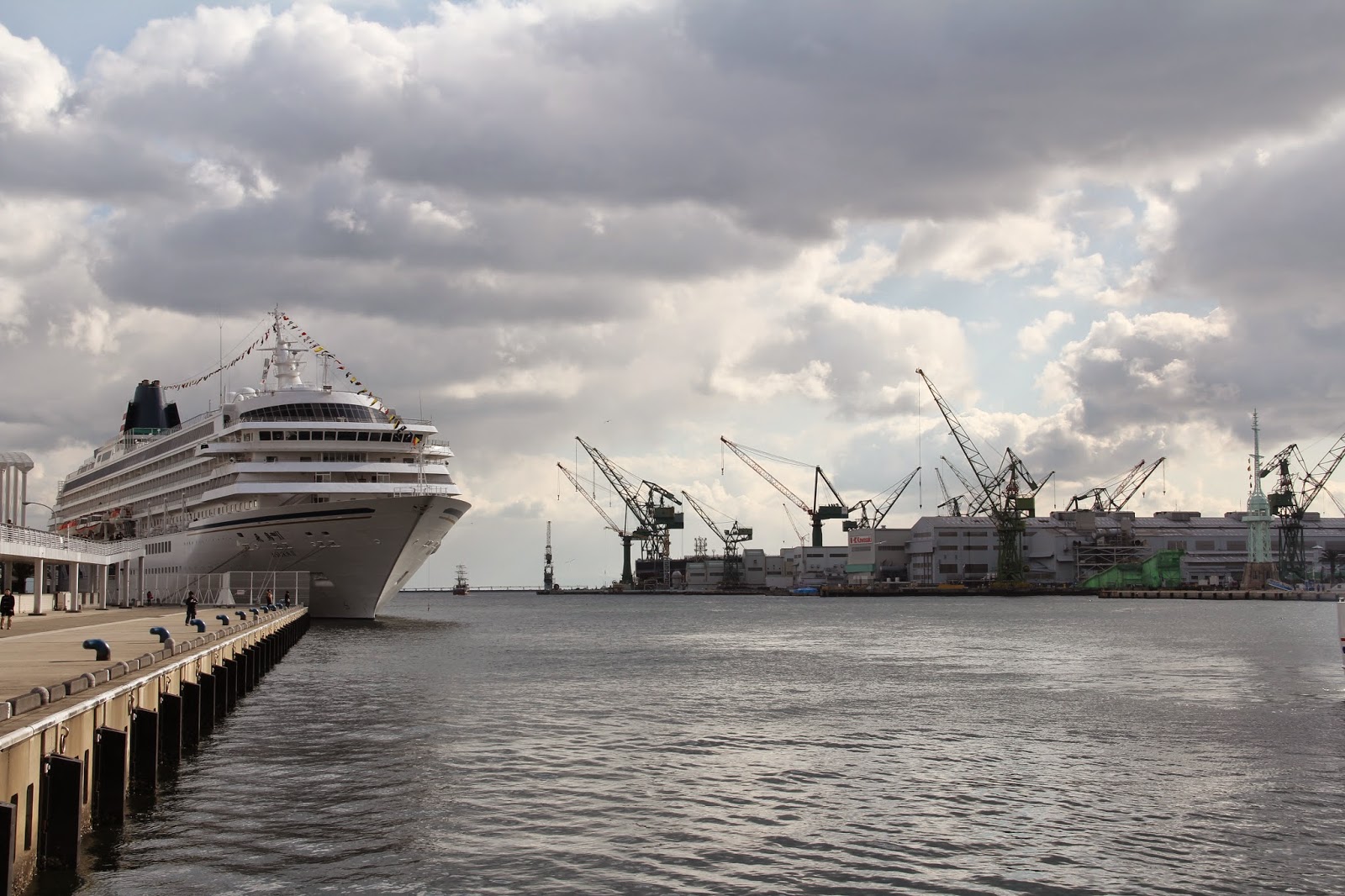 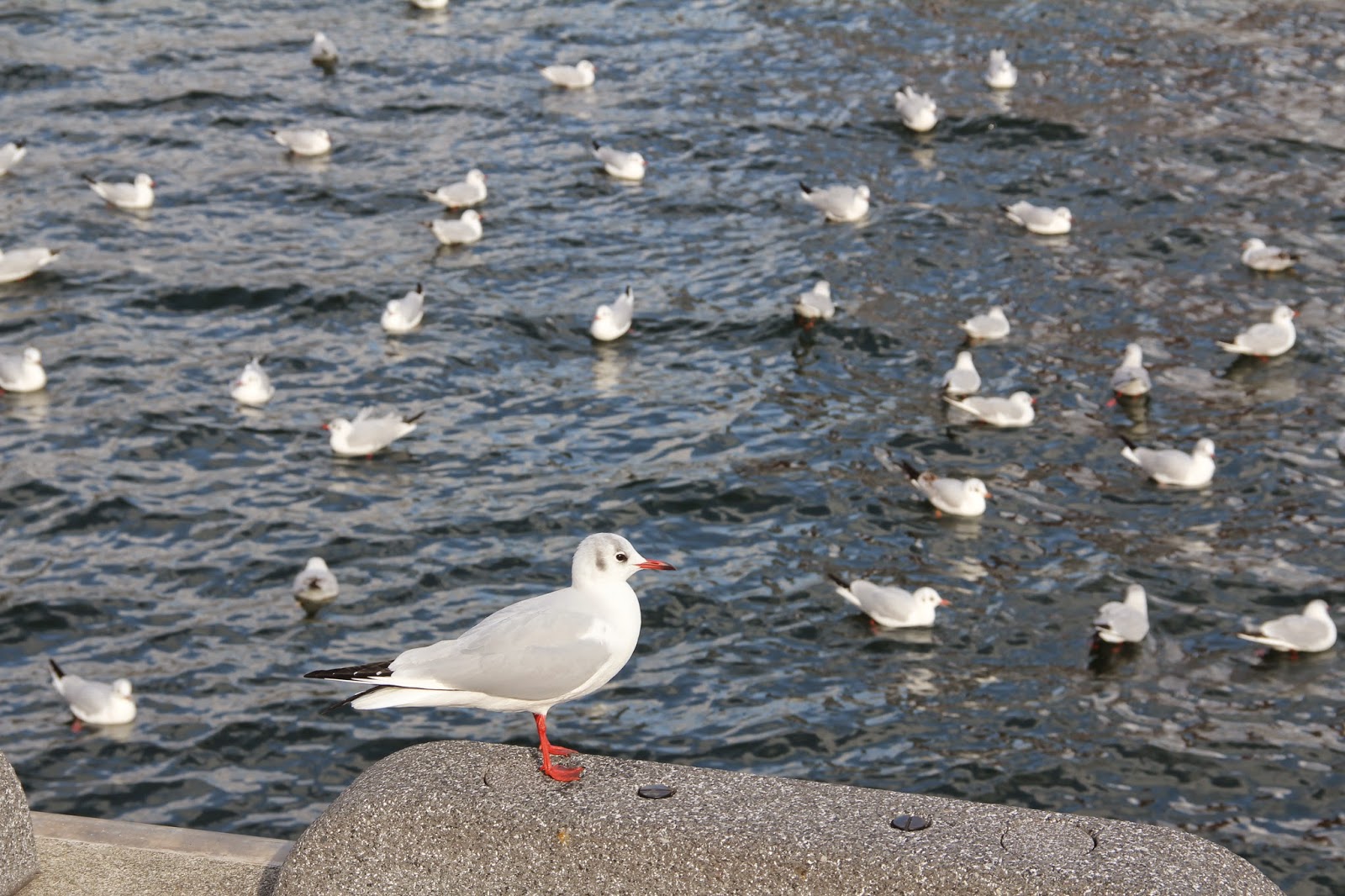 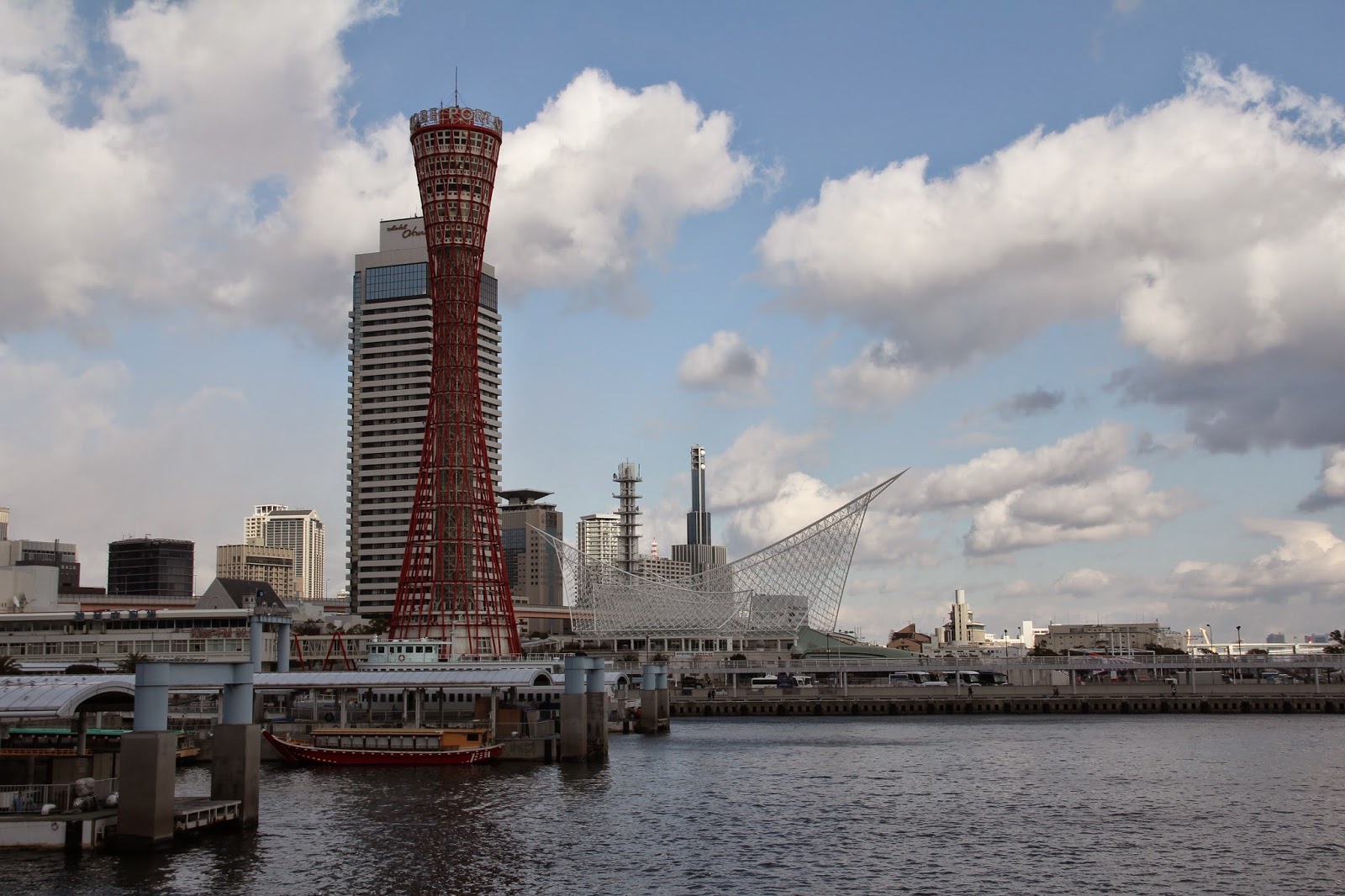 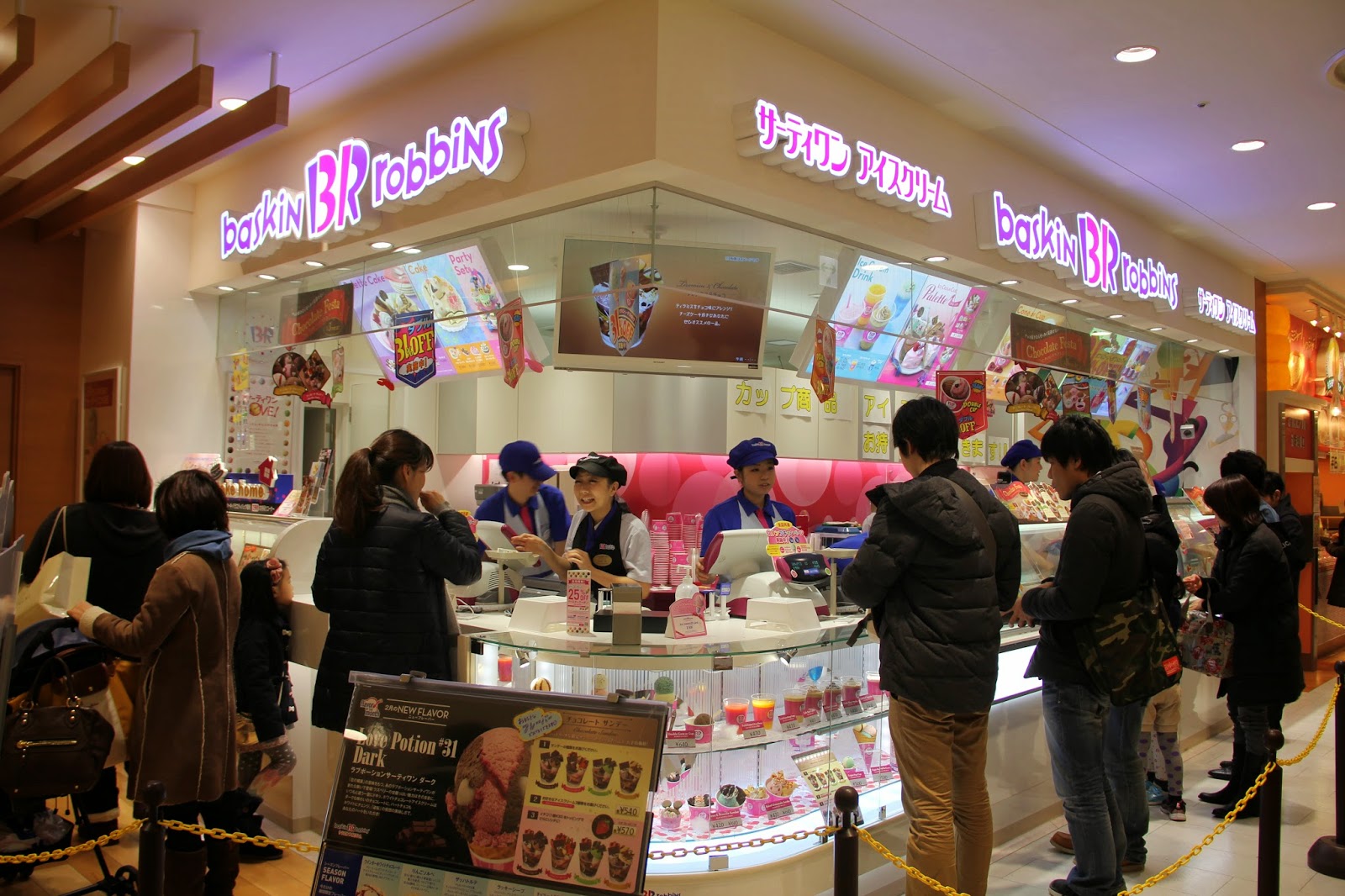 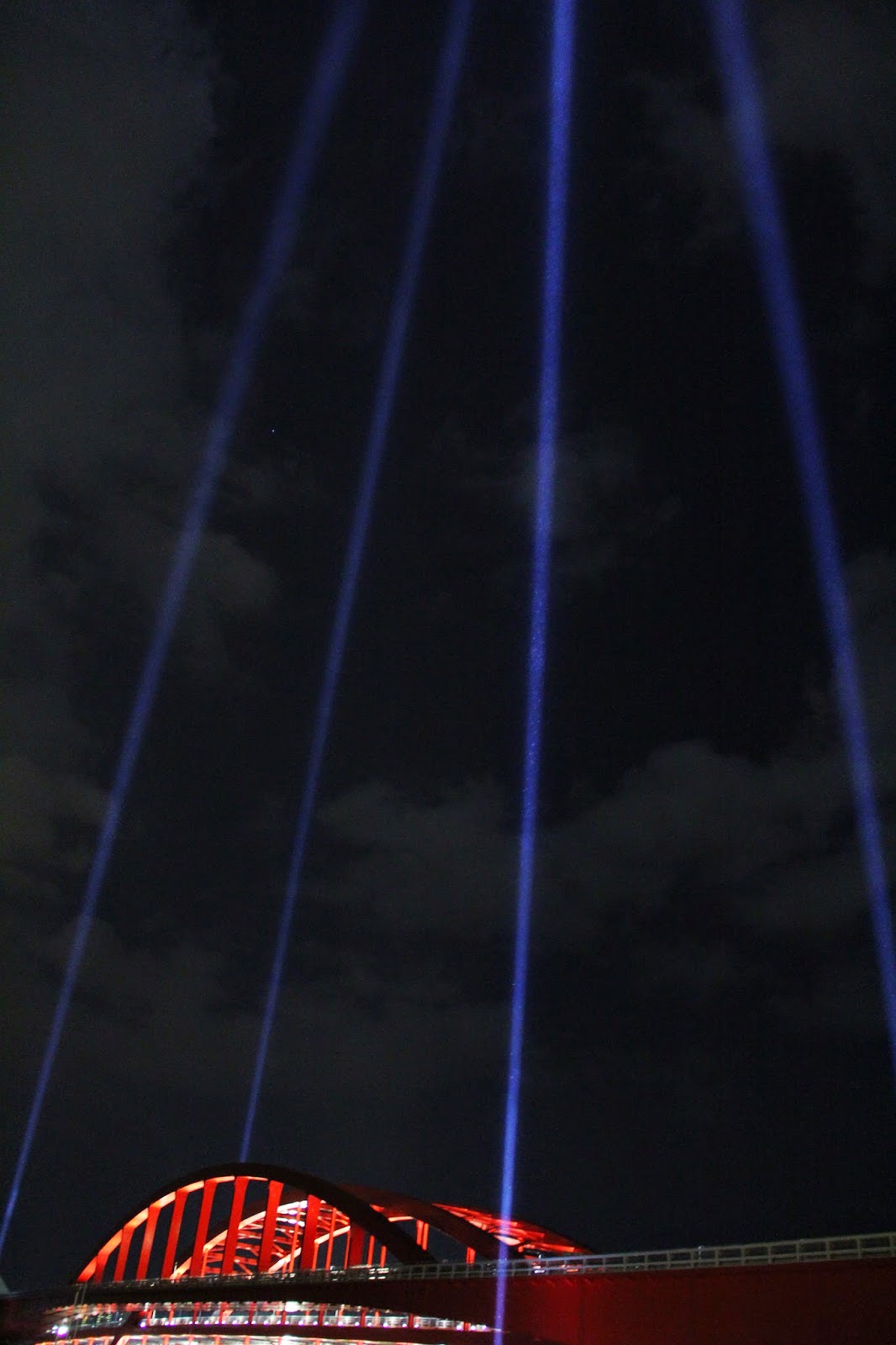 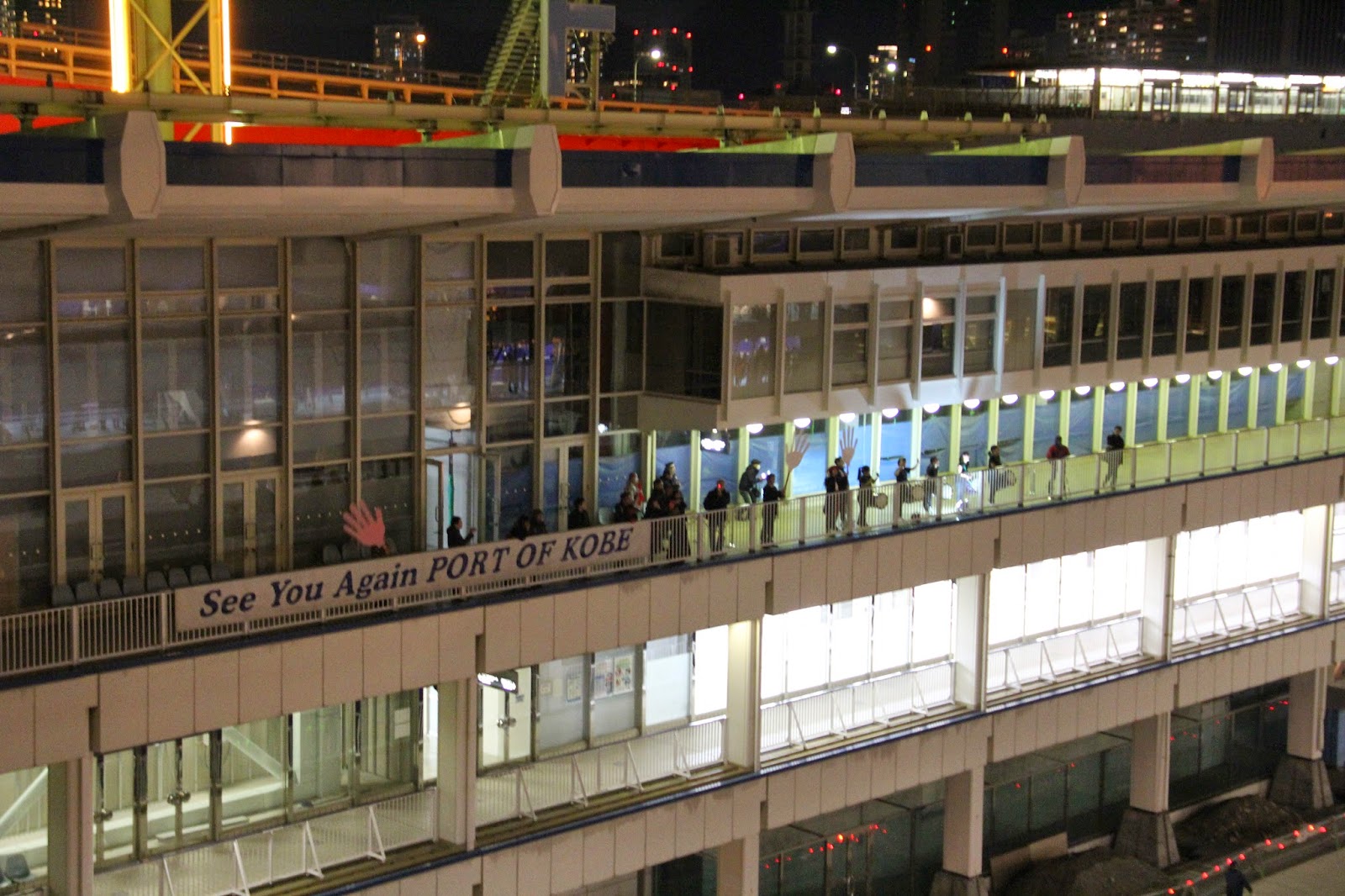 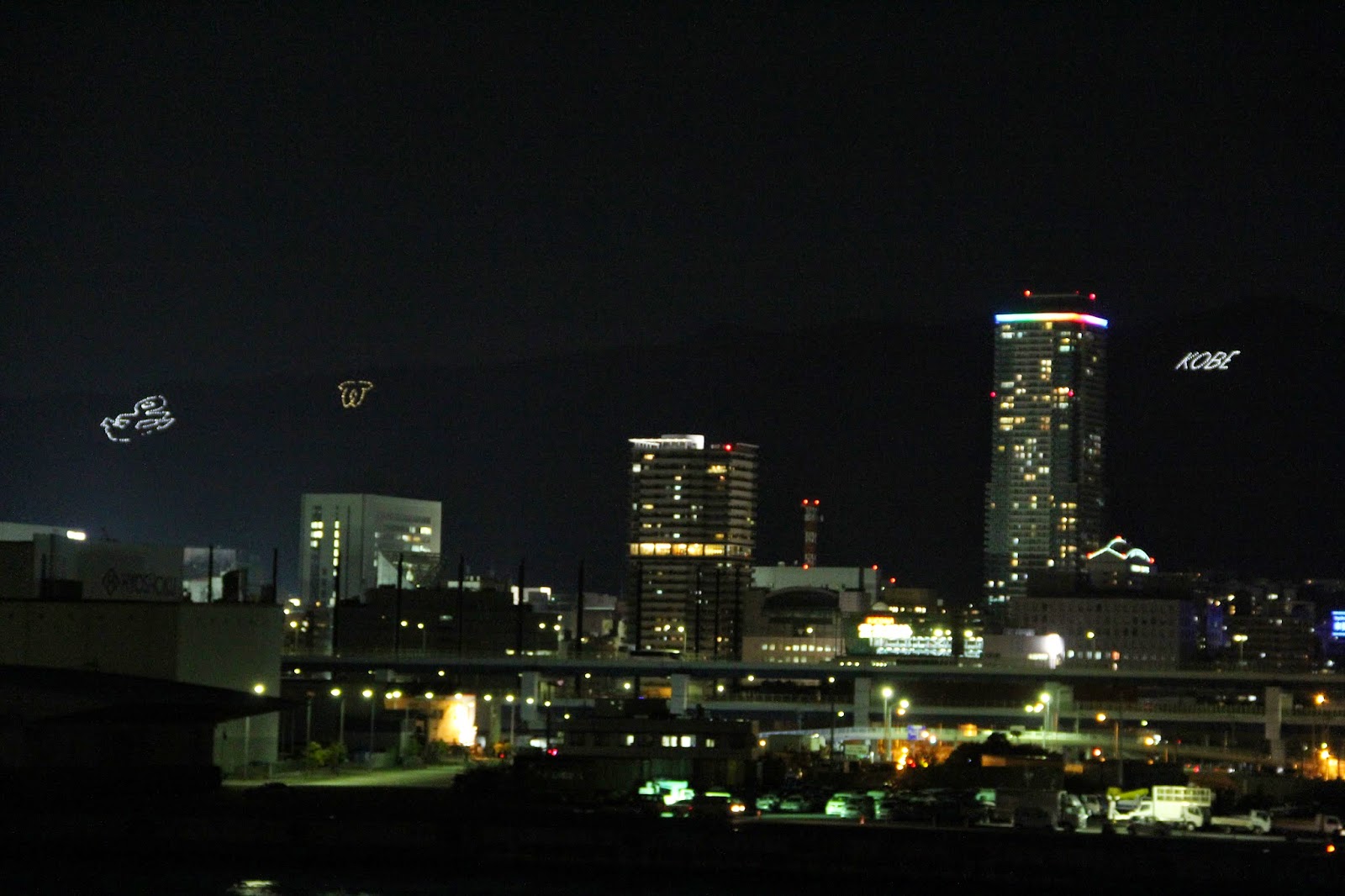