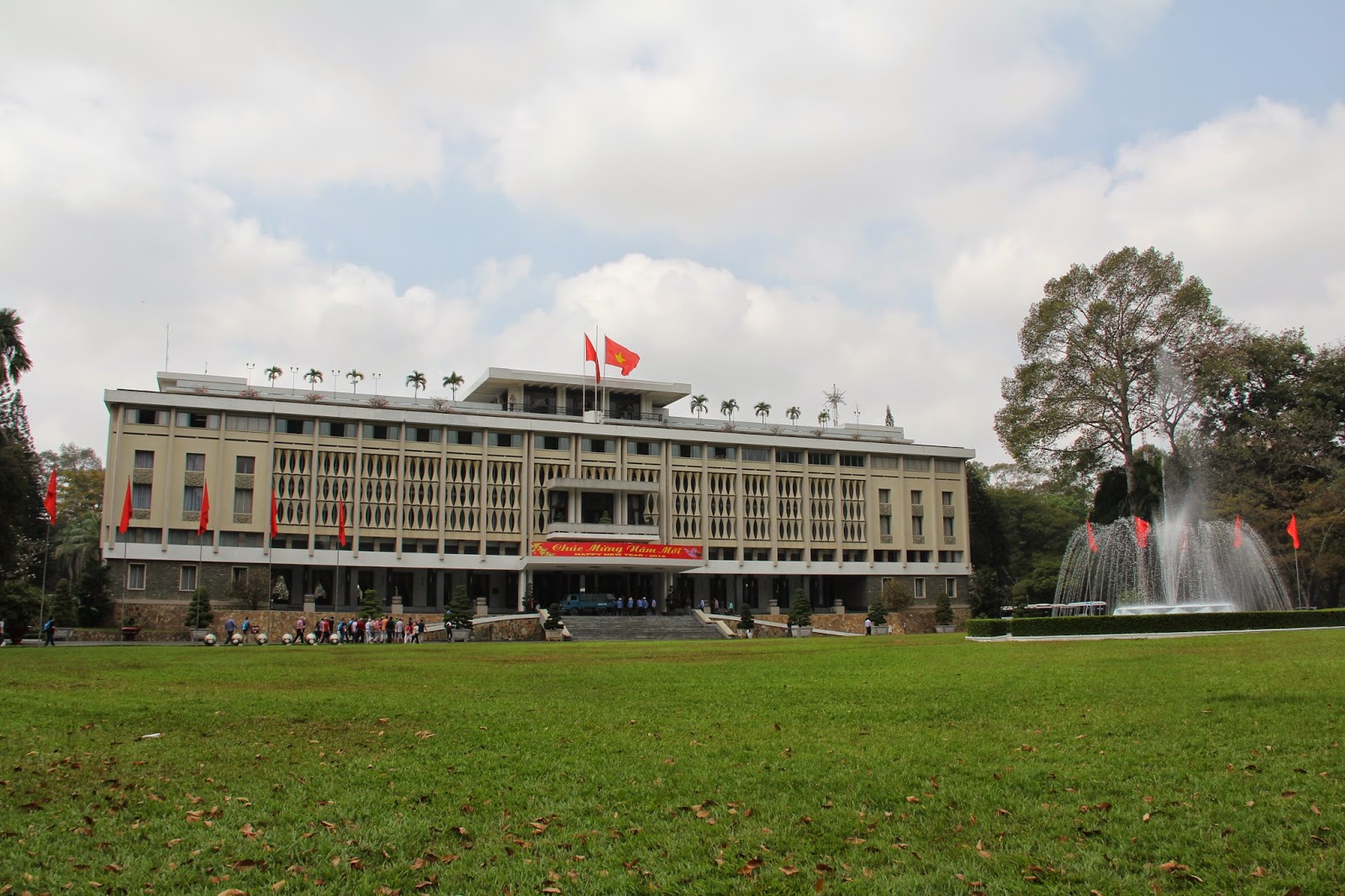 Even with a slow beginning to the day, Will was not quite up to going out into the city at 10:00 am. Marie volunteered to stay behind so Will could have some down time. Sarah, Joel and I headed off to the Independence Palace which was originally the presidential palace of South Vietnam. It was built in the 1960s and has the architecture and furnishings to prove it. There were reception rooms, dining rooms, a game room, cinema, library, map room and living quarters, plus a roof top retreat that was intended by the architect to be a place where the president could go for mediation before making important decisions, but instead became a place for roof top parties. Beneath was a warren of cement protected war rooms and bunkers from where the country could be governed if the palace was under attack. 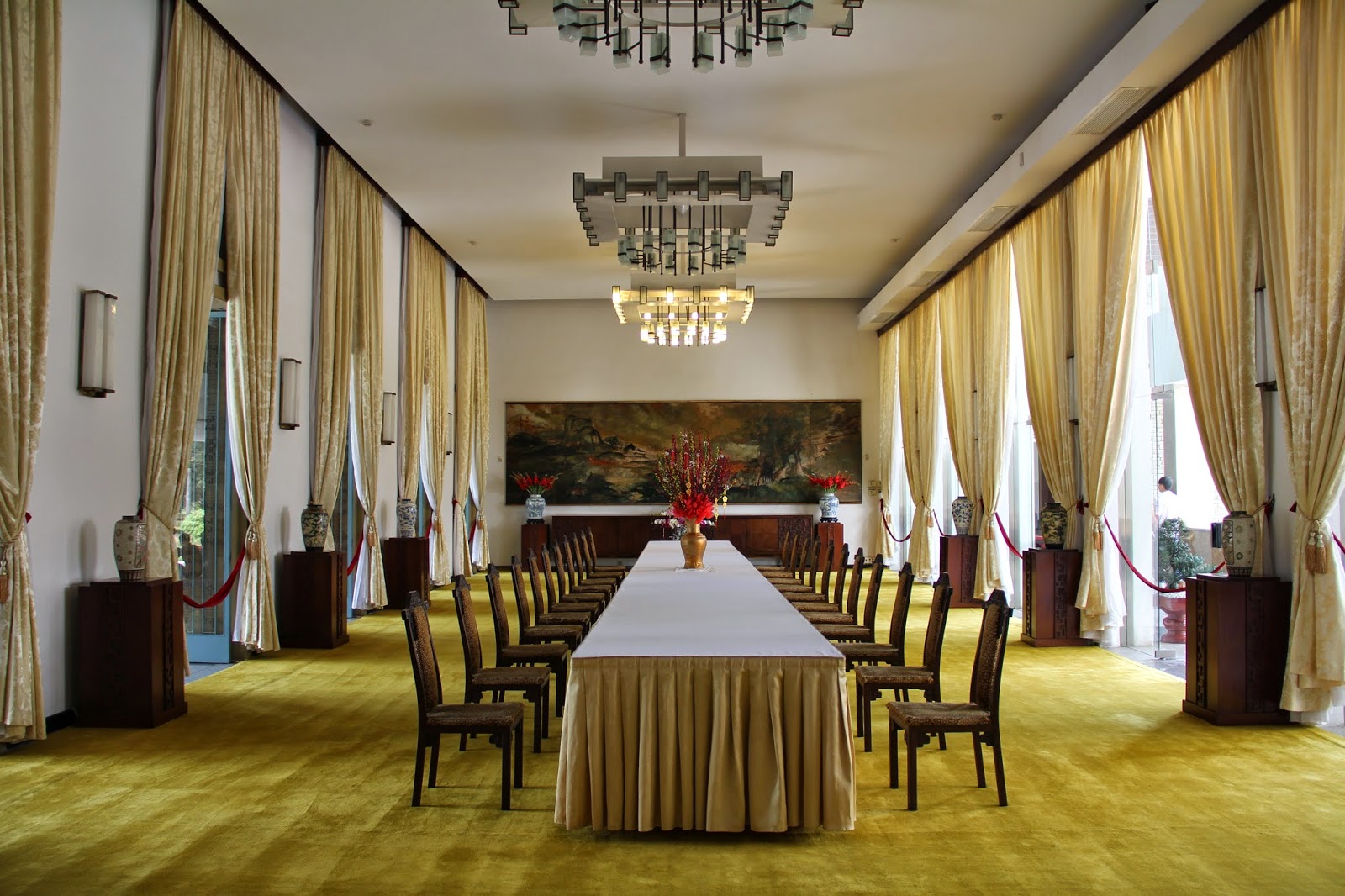 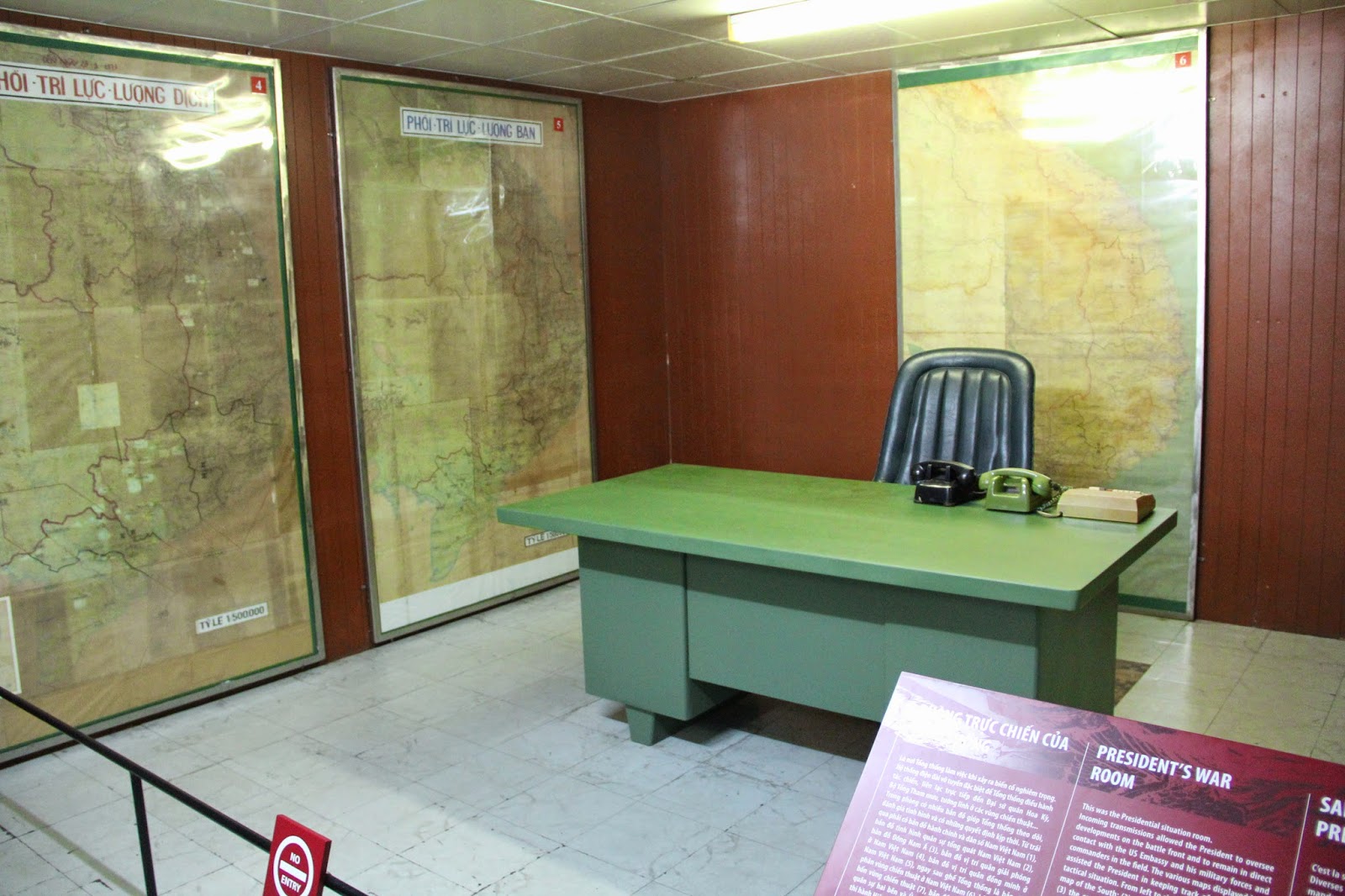 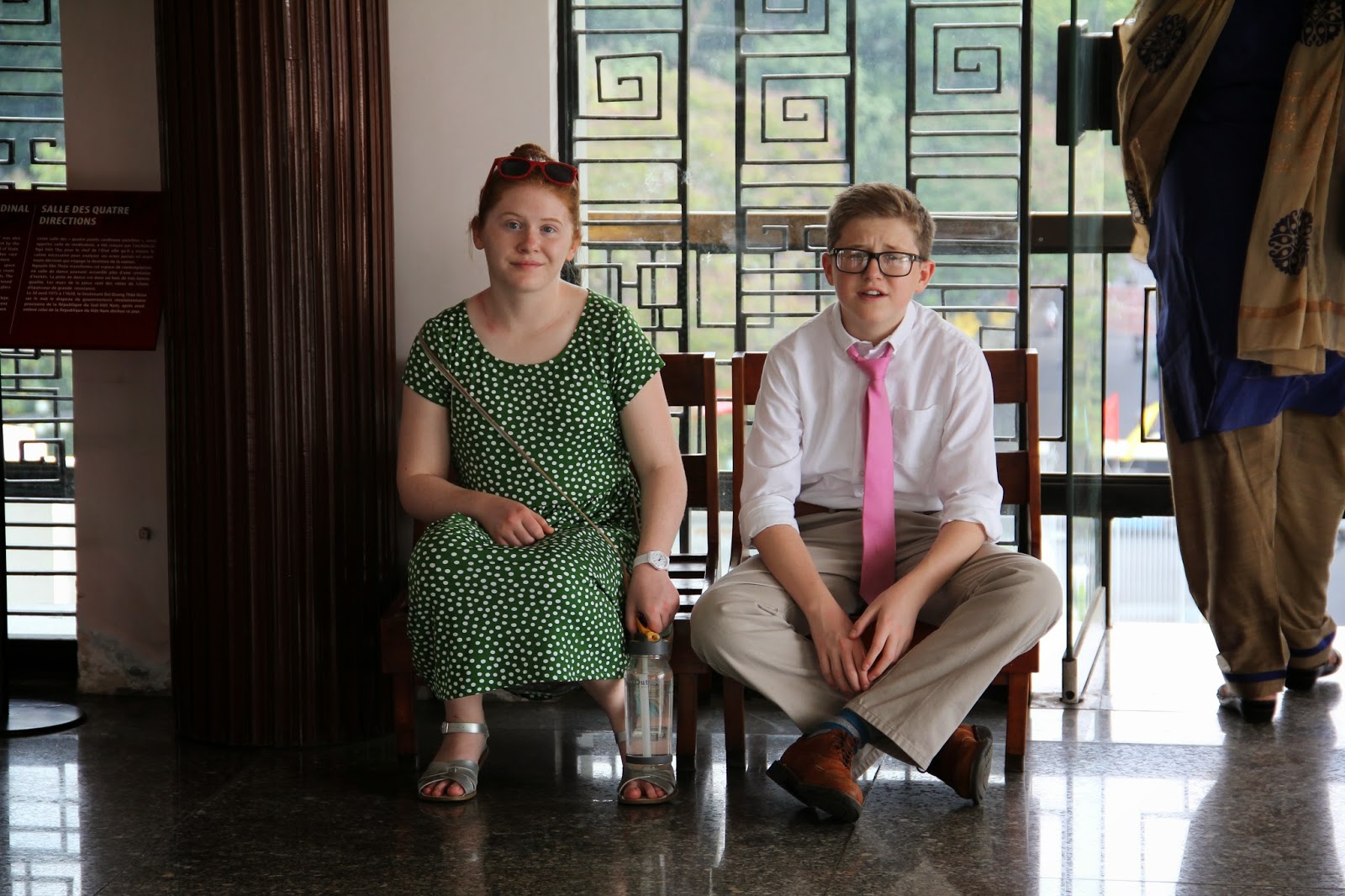 Taking a break. (Sarah's wearing her tailor made dress) 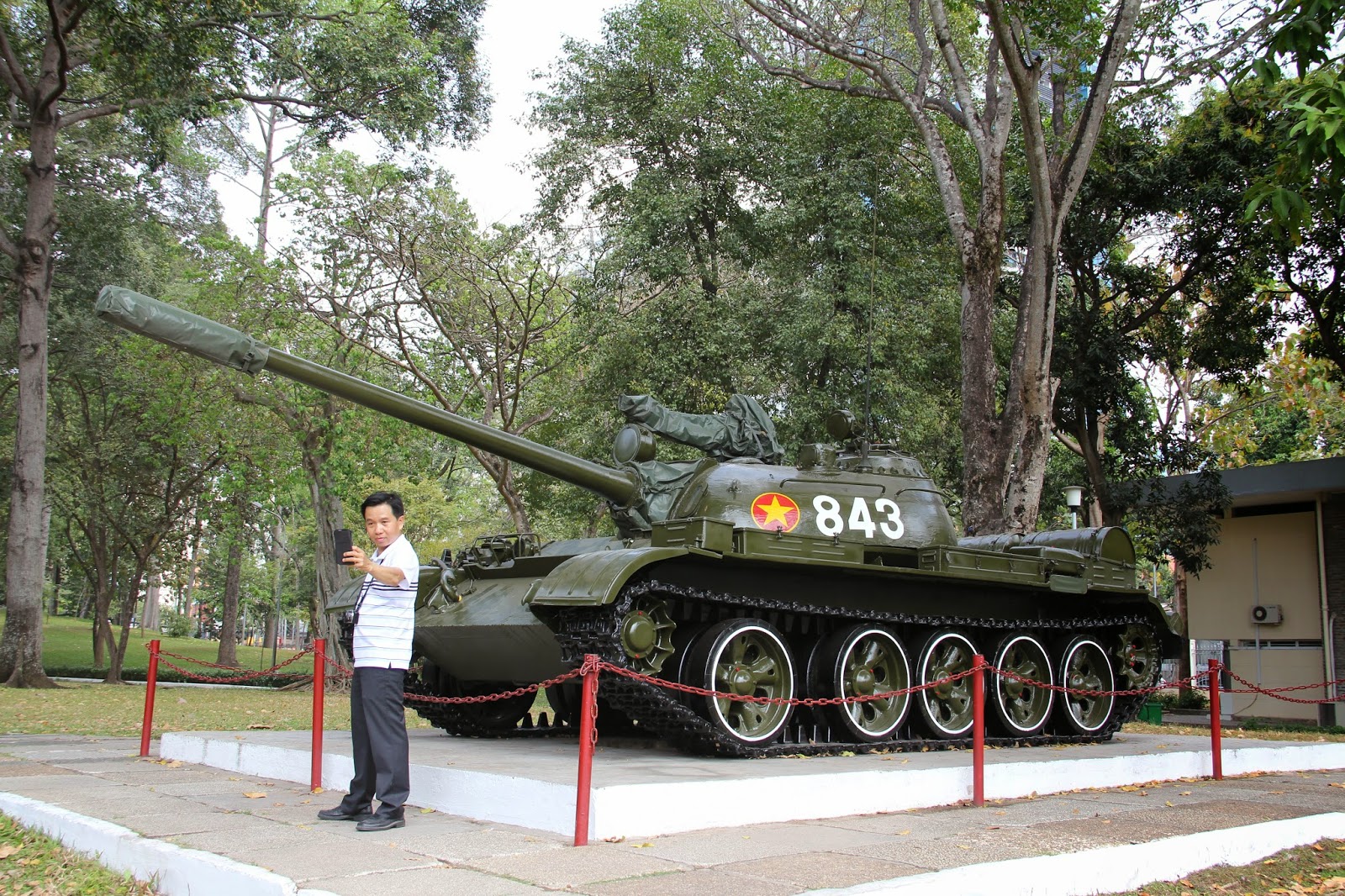 North Vietnamese tank near the place where they plowed down the gate to enter the palace grounds in 1975 signaling the end of the war and the beginning of a united Vietnam.

We then met Marie and Will at the Cathedral (the shuttle bus drop off point) and from there we made our way to the air conditioned delight of an upscale mall (no communism here) where we shared a baguette and pizza like pastry. The kids also had blueberry muffins and I and enjoyed a kimche filled croquette. We all enjoyed a fresh lime smoothie. 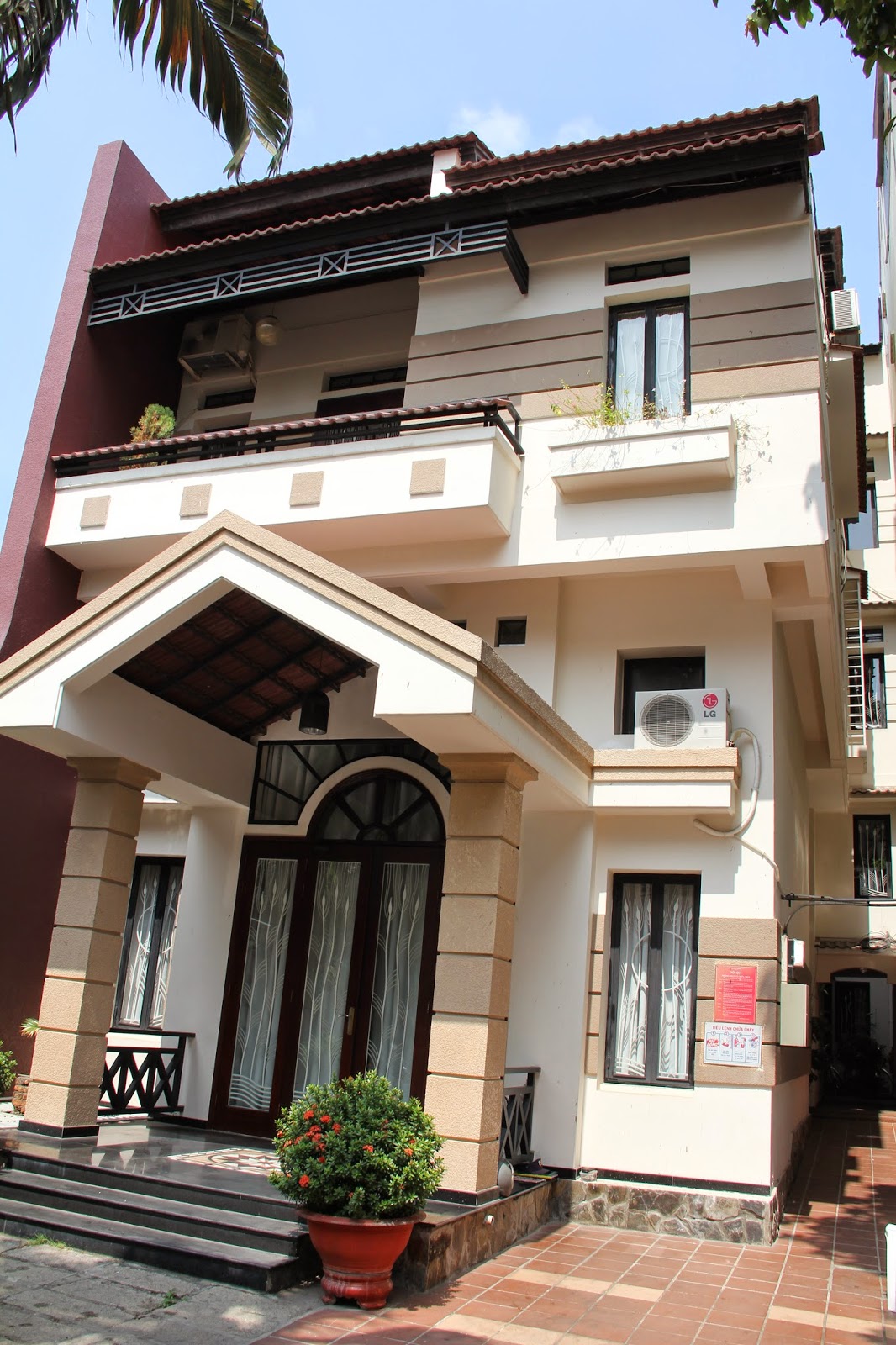 We then took a cab to the local LDS branch. Since the LDS Church has only limited official recognition in Vietnam there are no listings of church times or places on LDS.org. Months before coming someone mentioned to me on a facebook inquiry about attending church in Vietnam that there was a LDS-Vietnam facebook page. There I found inquires and answers about places and times. Two branches were listed for HCMC. One met at 9:00 further out and across the river which would have necessitated an earlier departure than we liked. The other was listed as starting at 2:00 and was in district 1, which is the central part of town. The latest inquiry was from last fall so I worried that times and places may have changed, but since I had no other info to go one we set out to see what would happen. We arrived 50 minutes early (I was unsure of how long of cab ride it might take and we had nothing else to do) and found an unmarked house with an open gate and a welcoming guard. The address and start time were correct, although next week the branch will begin meeting at 9:00 am. We walked in and met some early arrived members and a set of missionaries. There are 12 young missionaries currently serving in HCMC and four in Hanoi (Vietnam is part of the Cambodia mission). In order to not raise suspicion or draw attention, the Church has decided that all non-senior missionaries serving in Vietnam must have Vietnamese ancestry. One elder was from West Valley—his parents emigrated to the US years ago. Another was raised in Cambodia. The senior humanitarian couple was from Utah and was not Vietnamese.

Most members in the branch were young single adults. There were no youth in the branch and only a few primary children. Joel helped pass the sacrament. The three talks were on Zion. We all then attended gospel doctrine. The lesson was on the miracles a Jesus. The instructor did a very nice job and there was lots of class participation. Also doing a great job were the three different members who provided simultaneous interpretations for us and for the senior missionary couple. The whole experience of being in a small branch using a rented house to meet in reminded me of missionary days in Indonesia. 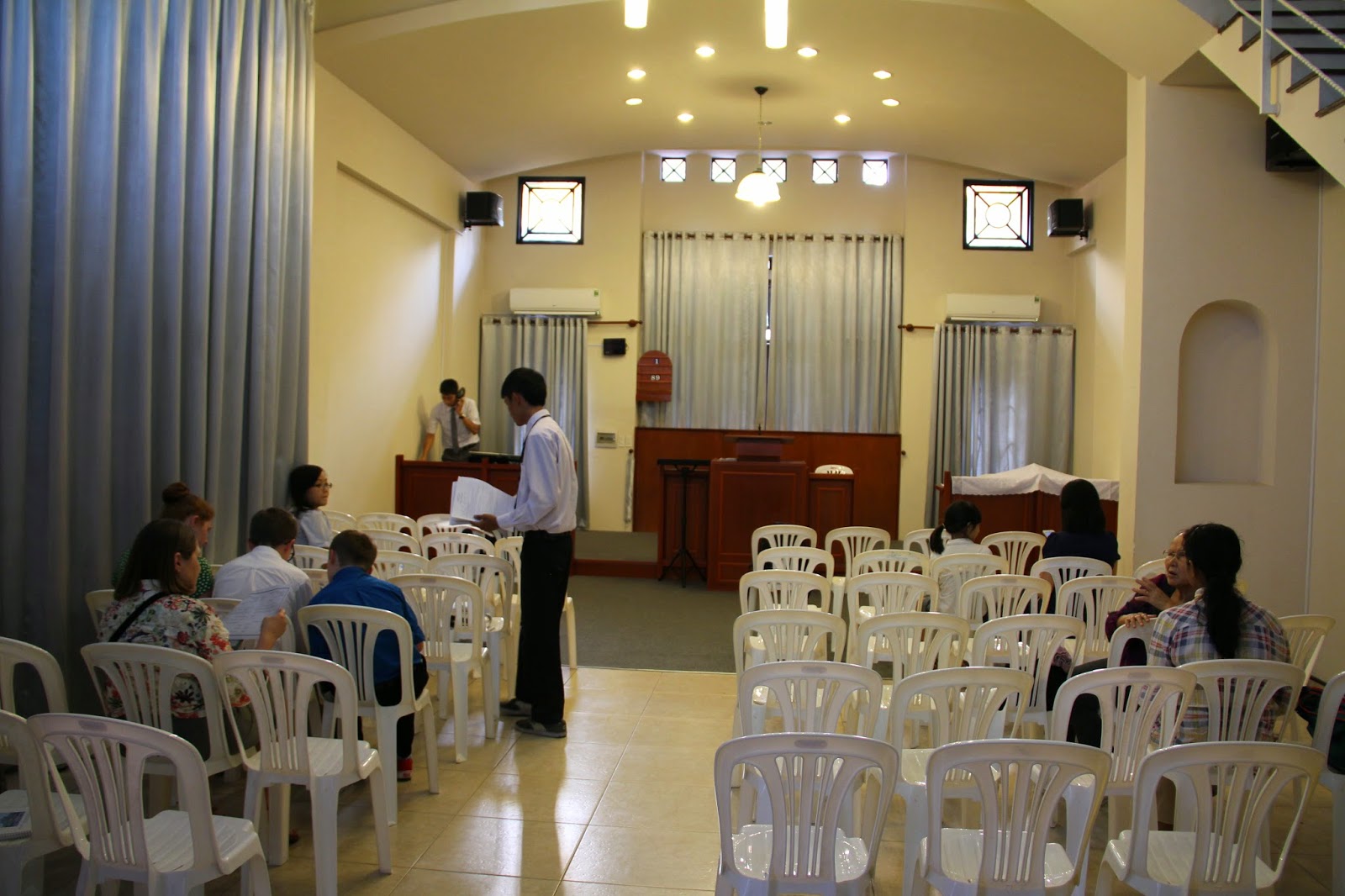 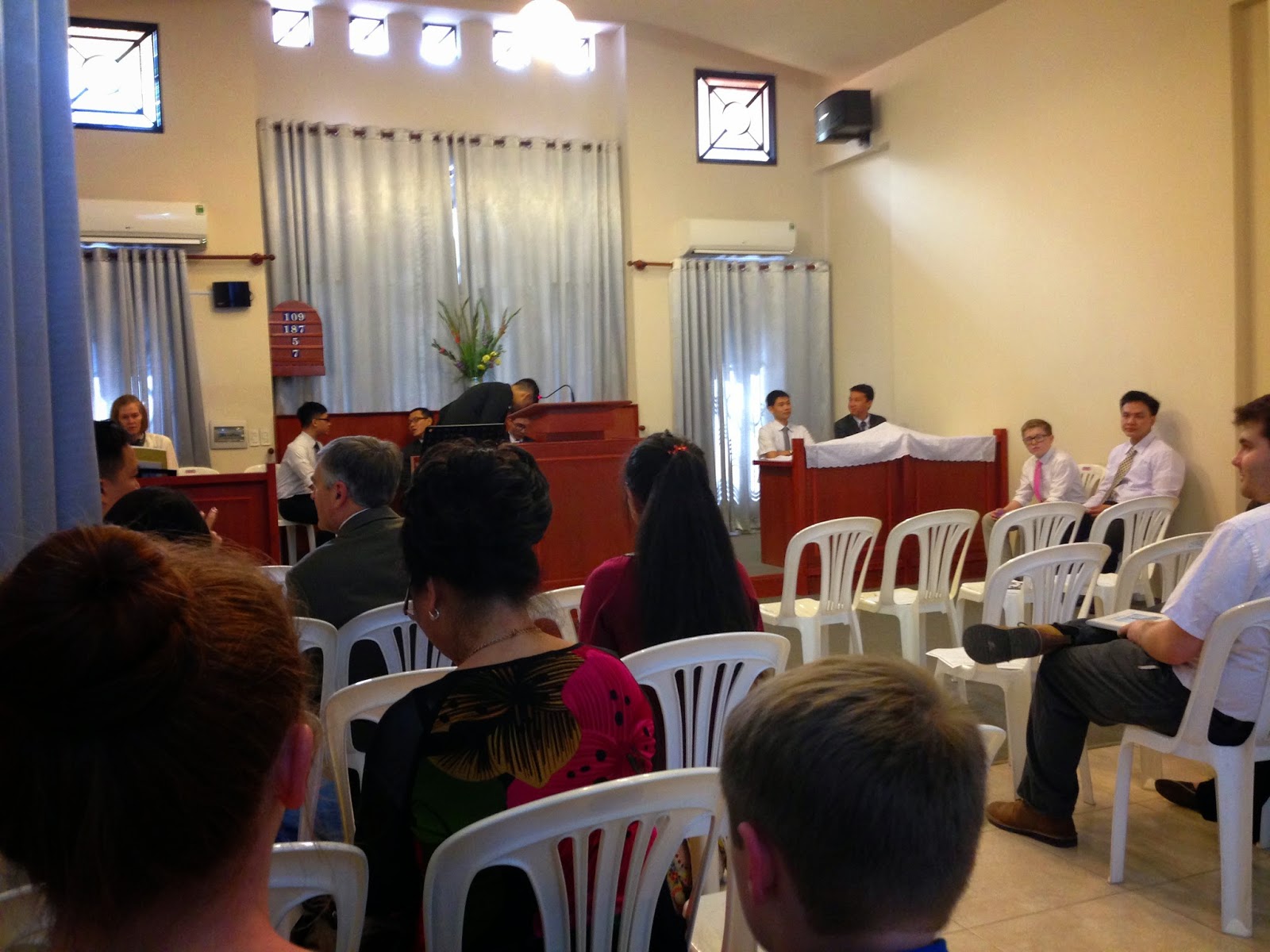 We then headed out to get dinner (Pho 2,000) followed by a walk back to our ship. The one downside to an otherwise enjoyable day was the trauma caused by Will changing his i-touch password (on the shuttle ride into town) and then immediately forgetting it. He tried various permutations with no luck and got locked out. Sarah and I then spent part of the evening trying to figure out what to do and it looks like it will have to wait until faster internet in Singapore and will entail Will losing his photos and perhaps some of his games. Very sad.
Posted by chad at 7:32 AM