On top of that 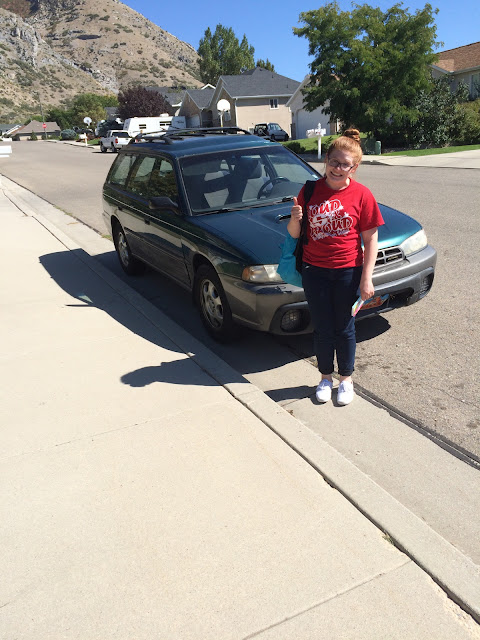 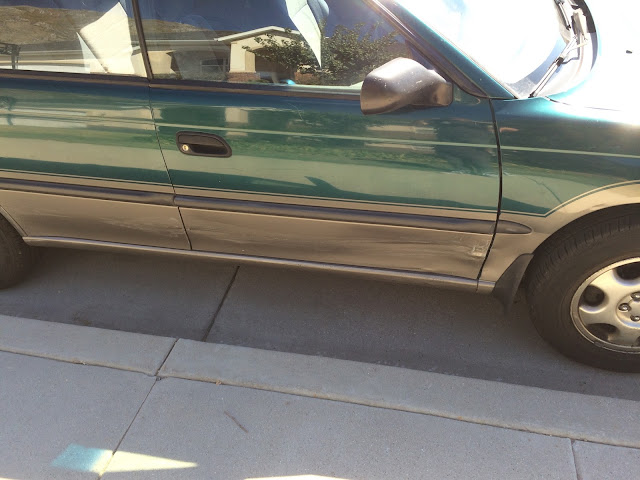 Some days just don't go so well. Yesterday afternoon I got a few texts from Joel telling me about Sarah's first fender-bender and with two photos of the dented passenger side of our 97 Subaru that Sarah now drives. She was in the new round-a-bout on 400 South in Springville when she was hit (both were luckily going quite slow) by an elderly man who failed to yield. He and his apologetic wife were dressed up and on their way to a funeral and Sarah was on her way to pick up Joel from school. Sarah didn't know to call the police and the man felt everyone had places to be so they just exchanged names and phone numbers. He called us last night and will get his insurance agent going on getting approval to have the misshaped and whistling door fixed. Sarah is very good at following the British mantra to Keep Calm but as parents it is hard to see her have to deal with one more thing. She is already extra busy with musical rehearsals, ACT prep, sterling scholar application, calculus homework, library volunteering and a host of other things. She also has her Monday morning PET scan to see if her tumors have been growing to worry about.

One more first world concern (for this doting dad) is that Sarah was not asked to the homecoming dance tonight. Come on guys, she is cute, funny and great company. She deserves to be asked to at least one dance in high school. No need to worry about clever invites or expensive day long activities. Just call her up (like we did in the olden days) and say "hey Sarah, would you like to go to the homecoming dance with me?" Then take her to dinner and the dance. It will be fun. She even has some equally nice friends who would be happy to group date with your friends. 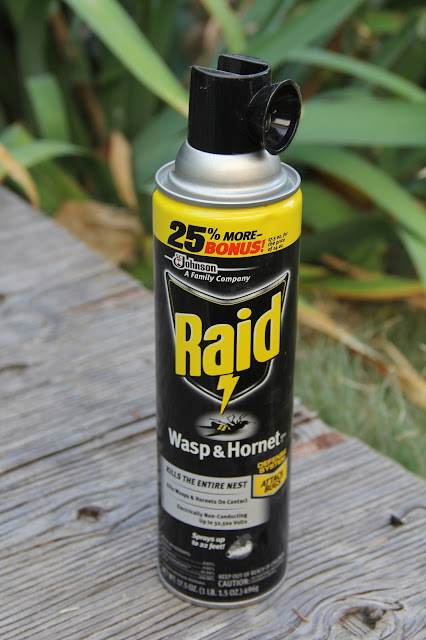 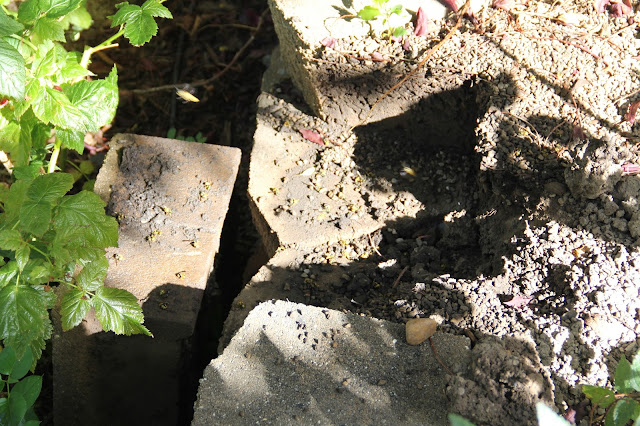 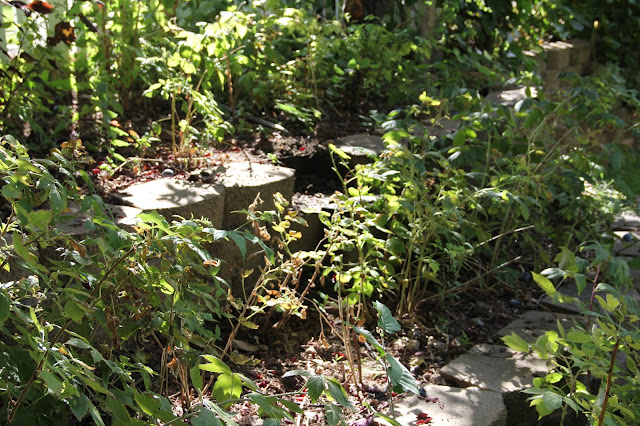 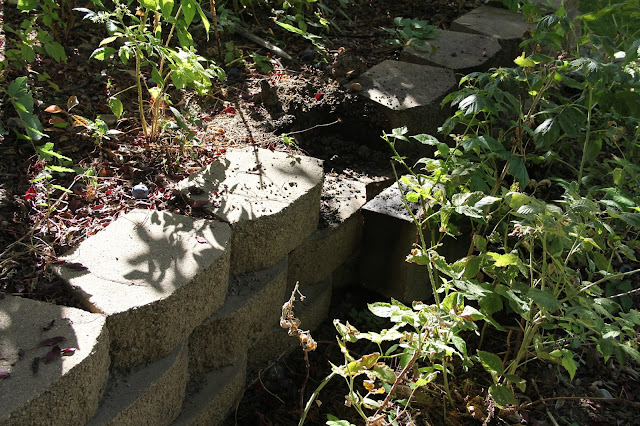 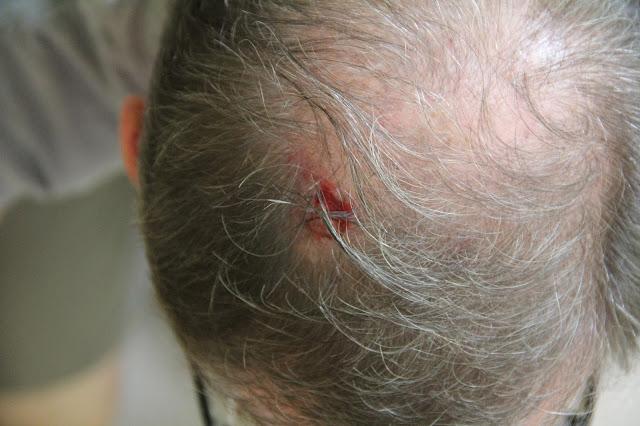 On top of that, this morning I went out at 7:00 AM armed with hornet/wasp spray and fully covered in long pants and sleeves, gloves and netting draped over my head and held in place by a hat to see if I could finally get rid of the pesky yellow jacket hive nicely protected within the retraining cinder blocks of our terraced raspberry garden. I tried spraying before (it only killed those yellow jackets coming in and out), I tried flooding them out (didn't work), and I tried sealing the entrance with mud (they dug a new entry). I had hoped that the early morning cool would mean less active insects, but unfortunately it didn't. My plan was to use a digging bar to dislodge the top block hopping it would drop down bottom side up so I could spray the nest. Unfortunately, the block dropped on its side and too close to the wall to actually see if there was a hive inside. I started to plaster the block with spray hoping to drench the nest, but within seconds the yellow jackets were upon me. In my haste to escape I banged my scalp on one of the plum tree branches. I then jumped down from the top terrace and took a tumble into the trunk of our chestnut tree which banged up my forehead. Meanwhile a yellow jacket or two had gotten under the netting. I jumped up and ran to the front of the house where I shook them out, but not before getting a small sting on my right ear lobe. Not yet willing to admit defeat, I eventually returned from afar to spray the last of the can on the many yellow jackets swarming around where the block had been. Closer inspection later on when things had calmed down revealed that the nest is within the next course of blocks which means I can't get to them without dismantling much of the wall which would be even more crazy to do with the yellow jackets still in charge. Looks like we will just have to carefully pick our raspberries and plums. I just read that the hive will not winter over so hopefully next year we will not be have to wage such wars.

On top of that, Marie was pulled over this morning by a policeman while hurrying back to the Stake Center (just a few blocks away) where she was coordinating a baptism for two Primary children. She came home to pick up some safety pins for some white pants that needed emergency hemming. Driving back she was careful (as usual and unlike her husband) to drive the speed limit which is hard to do on the down hill stretch of 400 East (where policemen often lie in wait). When the policeman approached her, Marie asked "what did I do?" knowing that she was not speeding. He told her it was for not wearing a seat belt. New laws allow people to be pulled over only for not wearing a seat belt. Luckily he took pity on Marie when she explained where she was going and only gave her a warning.

On top of that, we are all taking worm medicine for a case of pin worms that somehow came to plague (at least three of us) us with itchy behinds. Not fun. 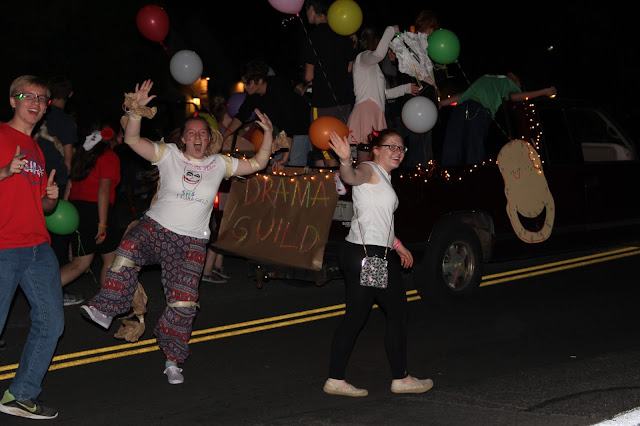 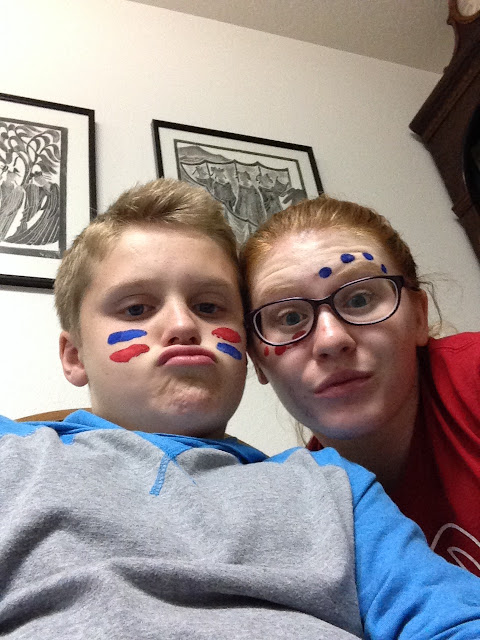 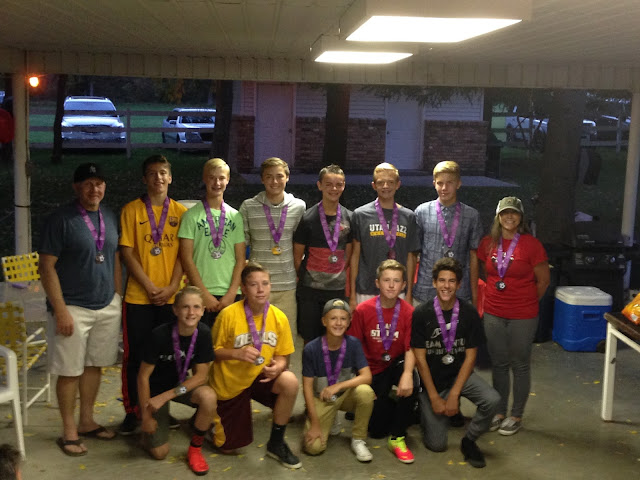 Thankfully and on a more positive note, Joel and Will's teams both won/tied their soccer games today. Sarah enjoyed helping with the Drama Guild float for the Homecoming parade. All three kids enjoyed going to the homecoming game last night. Marie and Sarah enjoyed the Women's Session of General Conference tonight while the boys and I went to a party in the canyon with Joel's soccer team and their families. And we are all enjoying our daily fill of fresh peaches, fresh plums  and fresh tomatoes.