Early Monday morning Sarah (accompanied by Marie) had a PET scan at Huntsman Cancer Institute. Today we returned for another 7:30 AM appointment to meet with Dr. Wright for the results. First on the docket was the usual weight and height measurement (still no growth in height) and blood pressure—which was much higher than usual. It was either a sign of increased paraganglioma activity or an indication that outwardly calm Sarah was nervous inside (the later was true, by the end of the consultation her blood pressure was back down to normal). Once in the exam room, the nurse practitioner gave us a pre-indicator that good news was coming.

When Dr. Wright came in she told us that there had been no growth in the five tumors and this result was “huge!” No growth is the best possible news other than having the tumors disappear (we had hopes). She then scheduled Sarah for a follow up PET scan in three months. During the past two worrisome months Marie wondered why nothing else (other than taking osteoporosis medicine—to help the bones contain the tumor growth) was being done. When I asked Dr. Wright about attacking the tumors with Chemo or medicine her reply was that at this point Chemo and a specific medication we had heard about (mitotane) were much more “nasty” than having small tumors in her bones and none of these treatments were all that reliable or predictable in fighting paraganglioma. For now the best route is to monitor the tumors and hope they don’t grow. If they do grow then we wait until there are tangible symptoms that warrant the use of “nasty” treatments. As a follow up to this discussion we found out that the largest tumor is 2 centimeters on the T9 vertebrae and another one is 1.9 cm in the pelvis region. The other three are less than a centimeter in size. In passing Dr. Wright mentioned that on occasion some tumors just peter out and disappear. That would be wonderful.
We ended up with a recommended flu shot for Sarah and some blood work. She opted for the flu shot in her left shoulder hoping that any resulting pain would not get in the way of her orchestra concert tonight. She played her best in spite of having a sore tricep and being extra tired from so many early mornings.
Three thoughts about faith, fasting, blessings and prayers:

1. When Sarah was first diagnosed with metastatic paraganglioma tumors, Marie’s request to family members was to do as she was doing--pray that no new tumors appear and that the current tumors be very slow growing. So far so good.

2. When Grandpa Tueller and I gave Sarah a blessing on Sunday night, both Sarah and Marie had distinct impressions that my radiologist father who passed away five years ago that very day, was present. Sarah imagined her two grandfathers and father standing in a circle around her. If there was ever a good guardian angel to have it would be Dr. Emmett.

3. Marie’s nephew Ian’s wife Anne sent us this e-mail message today. Their three year old son Henry has red hair and has bonded with Sarah over the past two months since they moved here.
“The Monday after September's fast Sunday, Henry refused everything we tried to feed him for breakfast. Ian and I were both pretty frustrated when Henry finally said, ‘I don't need anything for breakfast because I'm fasting for Cousin Sarah.’  The next day he asked ‘Cousin Sarah still sick?’  I explained that the doctor's needed to wait and see, but he kept asking the same question and then started insisting that, ‘Cousin Sarah not sick anymore, because we fasted and prayed.’”

Out of the mouth of babes.


Thanks to all for good wishes, fasting and prayers. As my friend Mohammad in Bethlehem always says, we will continue to "pray and hope for the best."

She is not only brave, but talented. 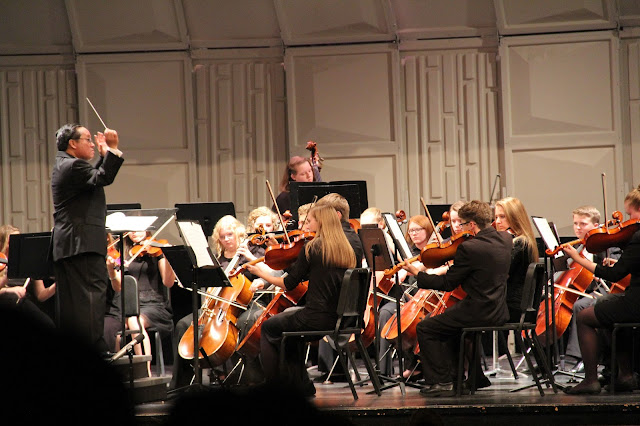 Congratulations to Joel who received his Life Scout award tonight in a court of honor.