Truth be told, some days are better than others. Today was better. 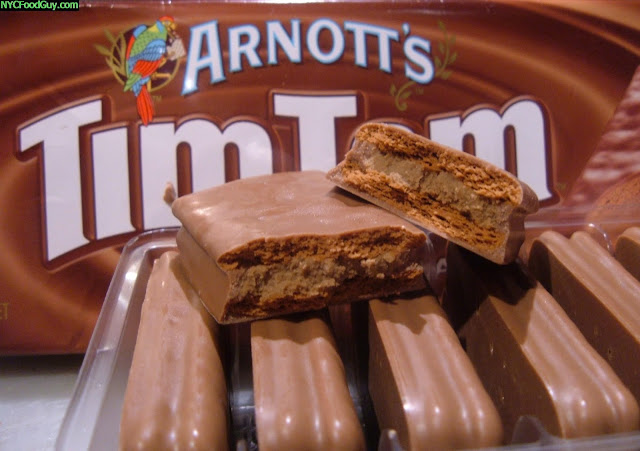 This semester I have been working hard keeping up with two new courses: "representations of nationalisms" which is a co-taught course (with a professor of Scandinavian Studies) that is part of the honors program great questions courses; and "cultural geography" (which I taught 25 years ago at DePaul University, but not since). Currently in cultural geography, student groups are making presentations on the geography of food. The year I taught at DePaul one of the geography professors taught an evening course on the geography of wine. The text book was three wine goblets. Each week students (21 and older) would learn about the climate, soils, environment, and cultures associated with wine producing regions around the world complete with a sampling of wine from each region. Ever since then, I have always thought that teaching a similar course about food would be lots of fun. So when I was figuring out how to teach cultural geography I decided now was a good time to experiment. Student groups of 2-3 selected a cuisine to research and present. The presentation was to include information about such things as climate, soils, landforms, culture, religion, diffusion, and innovation, They were also to bring a sample of one unique food or drink from their regional cuisine. Today my 9:00 class dined on Tim Tams (no slam) from Australia (what, no Vegemite?), tabbouleh (parsley, bulgur salad) from Jordan and spanakopita (spinach pie) from Greece. Tasty food, plus I learned new things and I didn't have to worry about preparing a new lecture. Nice.

In my noon Middle East geography class I got to finish up teaching about two of my favorite cities--Nazareth and Jerusalem and then move on to a discussion about nationalism in the Middle East. Also nice.

Then I got to meet with our WomanStats team of faculty and student coders for our weekly research meeting. A fine group of people trying to make the world a better place. Nice

Then a former student from years ago, called for advice on which geography graduate program he should accept. He is giving up a career as an attorney to get a PhD in political geography--with an emphasis on Middle Eastern migrants/refugees in Europe. I wrote letters of recommendation for him and the two universities that have accepted him include geographers who I went to graduate school with or who I have interacted with in professional settings. As we were finishing up Sam told me that it was my world geography class that he took his freshman year that got him interested in geography as a major. He thanked me for getting him started down this path and for continuing to help along the way. Nice.

I then hustled over to the Provo High School football field (striped for both types of football) to watch Joel's premier as a midfielder on the Springville High School JV team. He tried out last week and made the JV team (instead of the sophomore team). Not bad for a 9th grader at the Jr. High. Joel was full of hustle and strategic kicks. Springville lost (7-1 ouch). 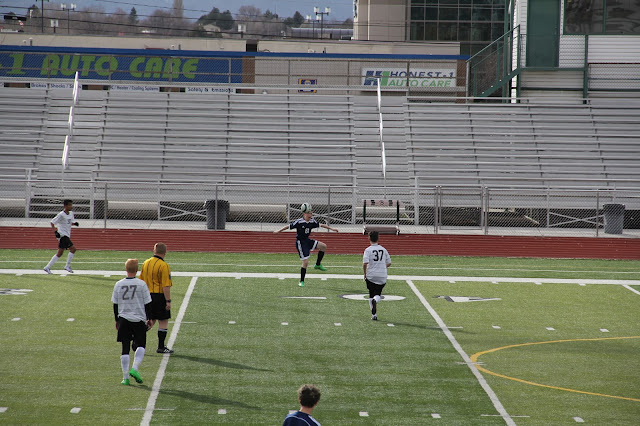 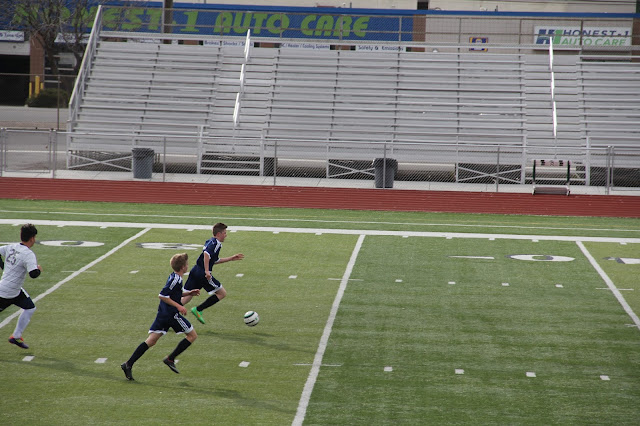 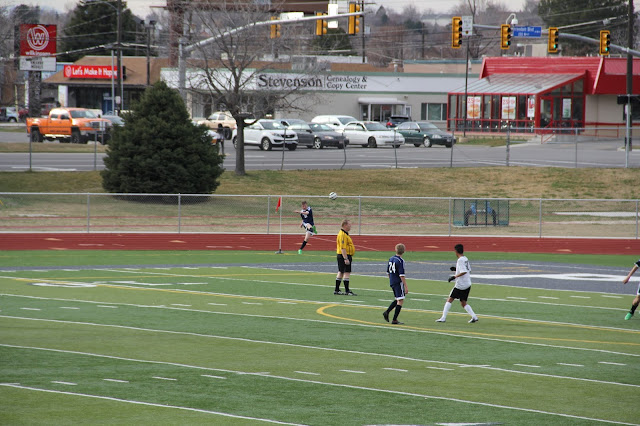 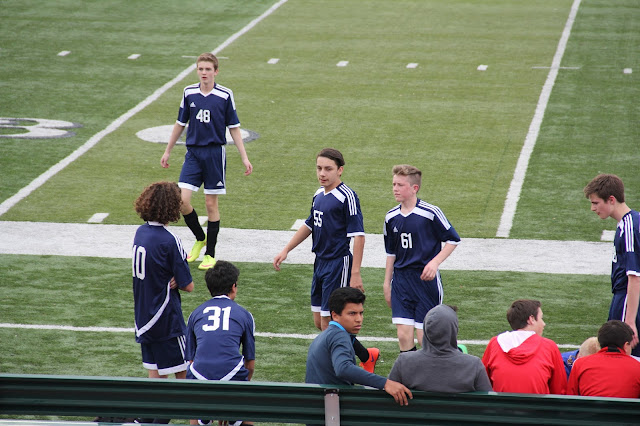 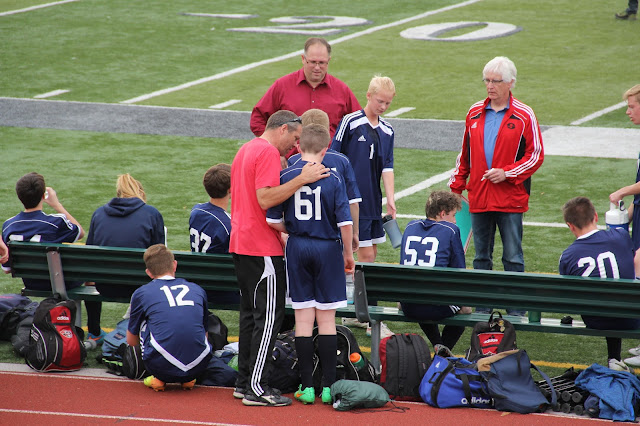 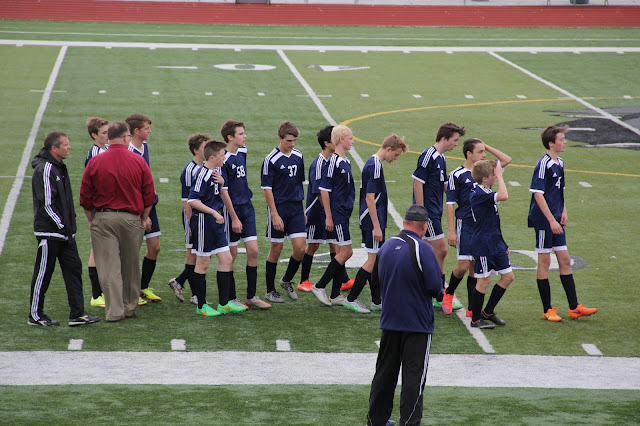 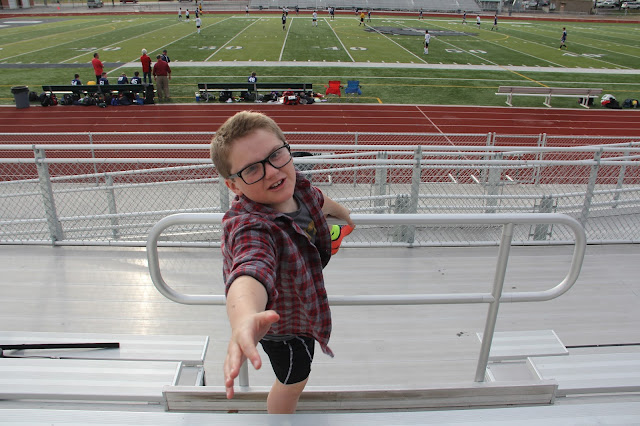 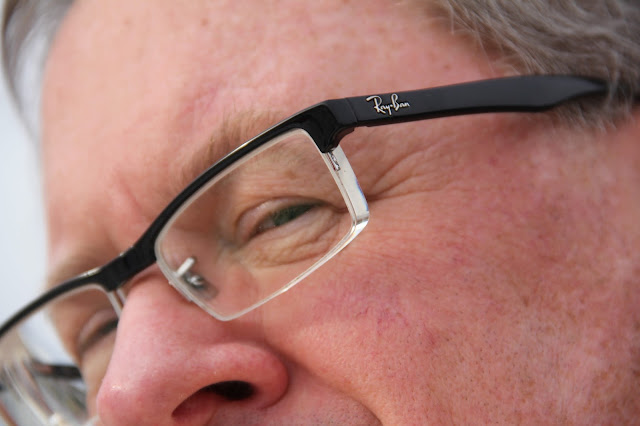 Guess who experimented with my camera?

From there we joined with some neighborhood families for a pot luck dinner to sadly wish the Kauwe family farewell. He is our just released ward bishop who really connected with the youth and who called me to be primary pianist (yeah). They are moving to Orem so he can be close by to help take care of his parents. It was a delightful gathering of many good people. 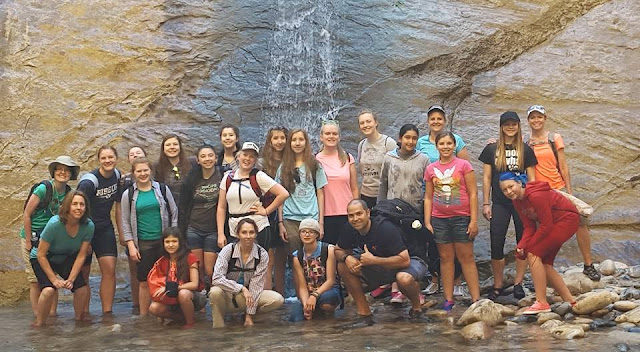 Bishop Kauwe and the Young Women in the Zion Narrows last summer at Girls Camp  (photo courtesy of Michelle Wheeler).

Finally, Marie and I went to Sarah's choir concert (with high school orchestra). The choir teacher is a member of the Mormon Tabernacle Choir and must have been inspired by the choir's latest release--a new recording of Handel's Messiah. Mrs. Walker had the students sing a nice Easter selection of solos and choruses from the Messiah (35 minutes total). It was a high quality production. Sarah added choir just this semester after dropping Drama III. She and all of the altos sounded great. Nice. 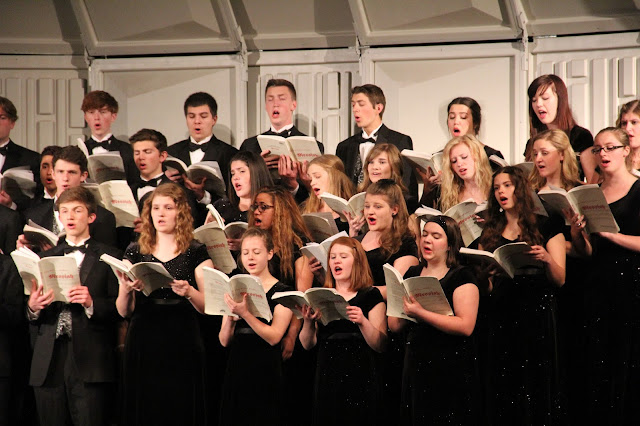 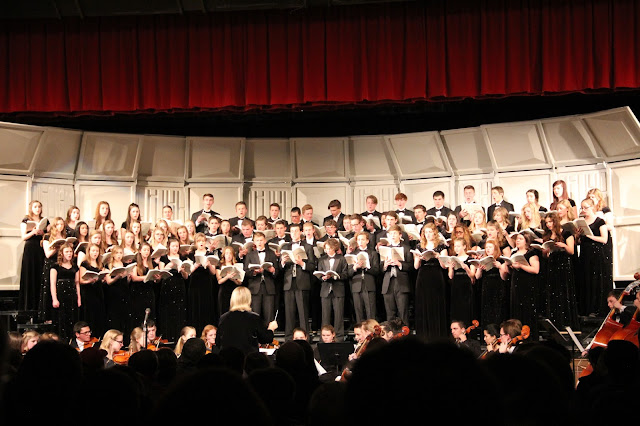 Listen to the altos nail it in Behold the Lamb of God.
https://www.youtube.com/watch?v=wnaq_iq3cWc 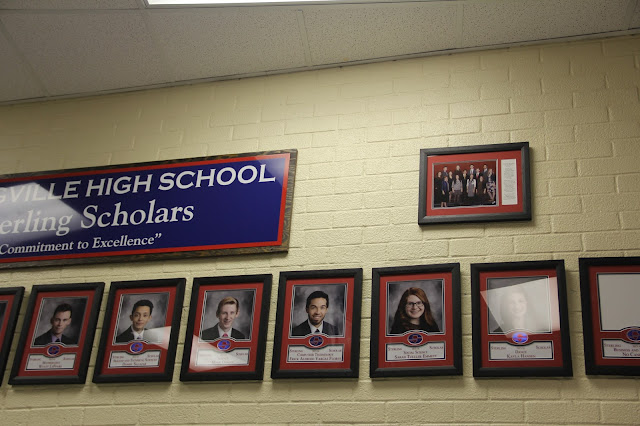 Newly hung in the hall of SHS--photos of this years Sterling Scholars. 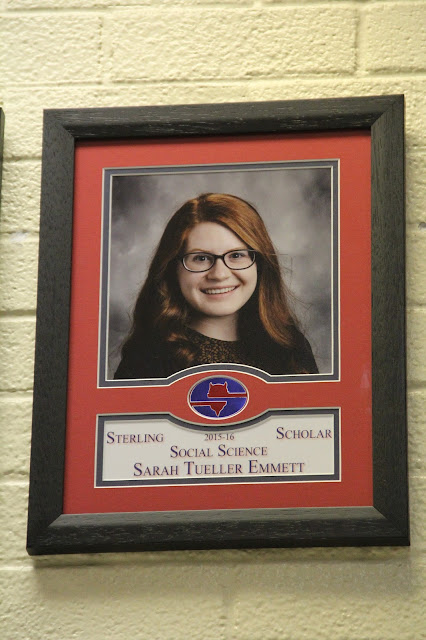 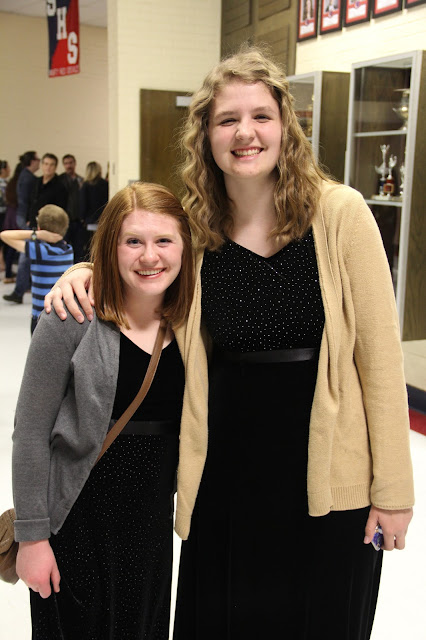