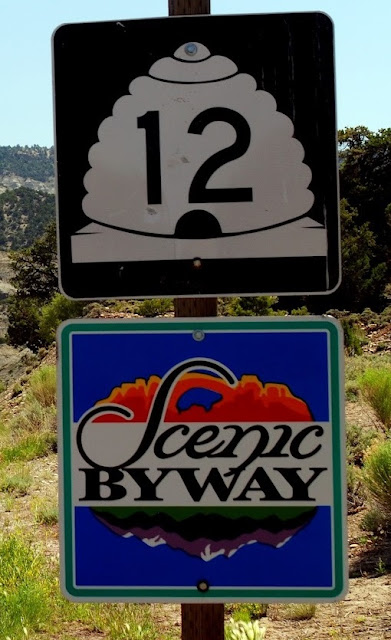 Tuesday we were driving with a purpose: to get back to Springville in time for Joel and Will to rest up and then get to soccer tryouts by 6:30 pm. We were on the road by 8:30 heading south and then west on one of my most favorite drives--scenic byway 12. 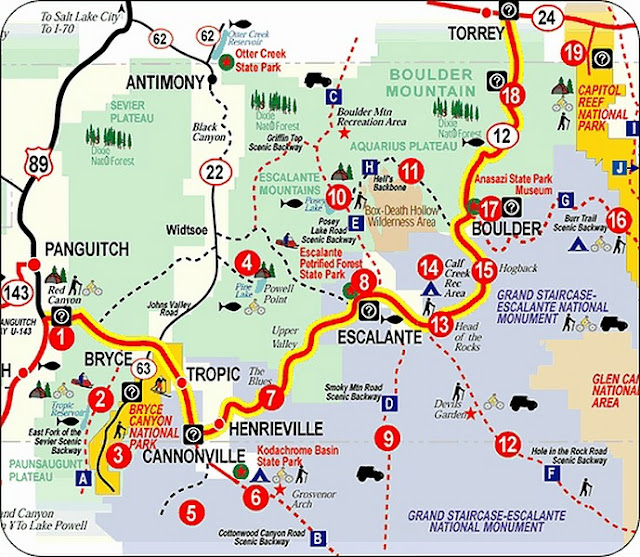 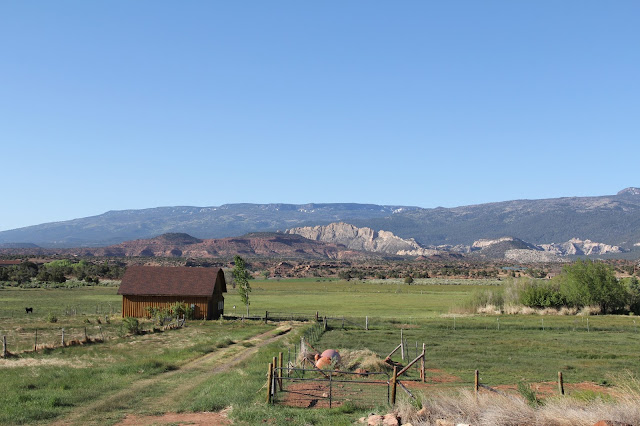 The view south from our motel in Torrey towards Boulder Mountain. 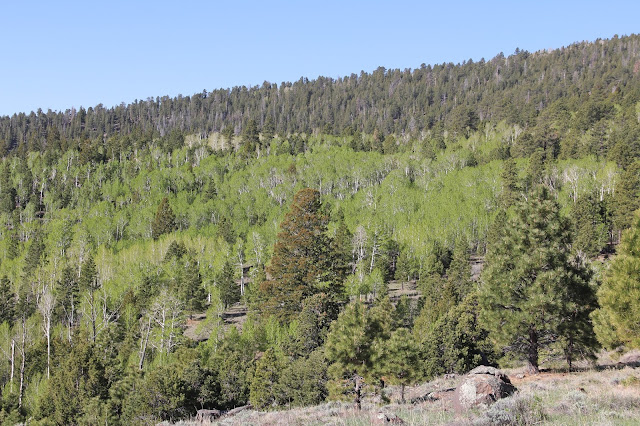 As we started to climb up through the pines of Boulder Mountain, I offered a milkshake to the first one who spotted a wild animal. I had designated the length of Highway 12 as a tech free drive so Will in particular needed a diversion. It worked. He eventually saw two deer off in the trees and for the rest of the drive he was pestering me to know when he would get his milkshake (I delivered when we stopped at Wendy's for lunch in Beaver). 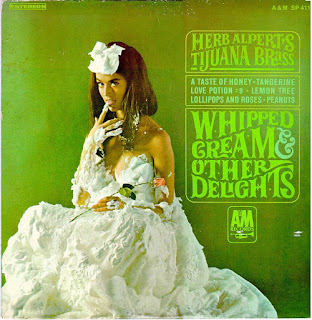 Also entertaining us on the drive was listening to part of my inheritance--dad's CD of the Tijuana Brass Whipped Cream album. We all like the music. Joel was delighted when he found a fold out poster of the album cover nestled in the CD cover. He jokingly asked if he could hang it in his room. His parents seriously told him no. Back in the sixties when this was about as risque as things got, a neighbor in Logan took a black marker to the offending cover to protect her sons. No plans to do that in our house. 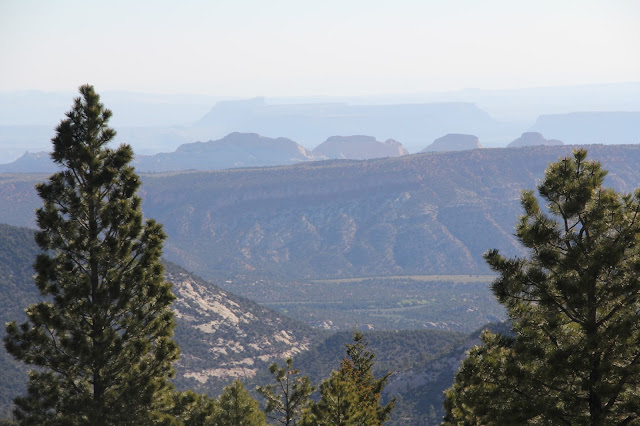 The view east towards Capitol Reef. 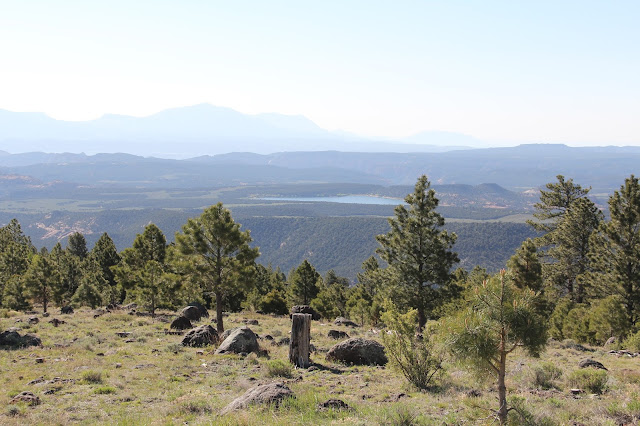 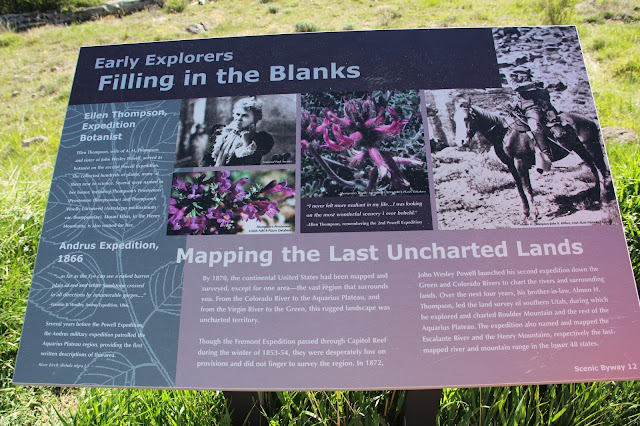 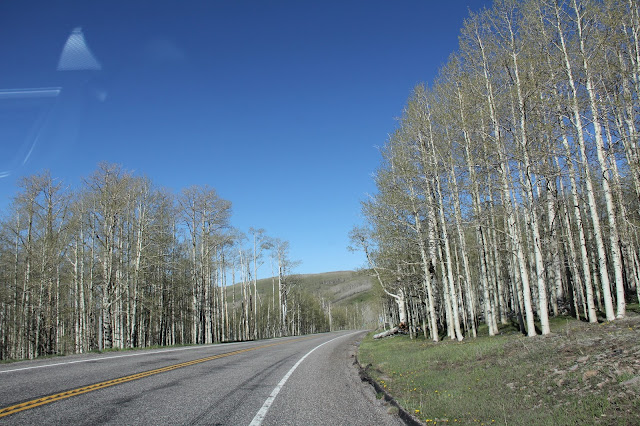 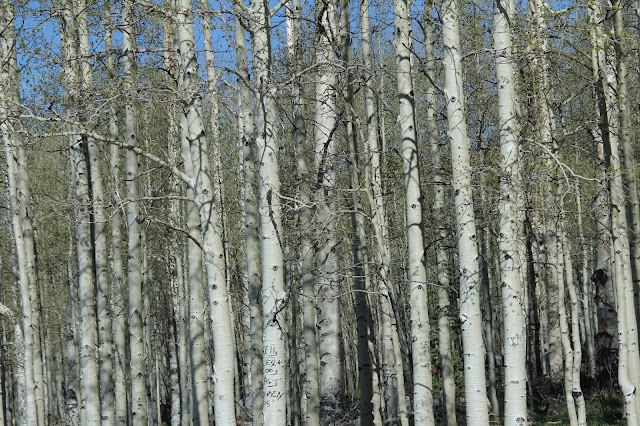 The higher elevations of Boulder Mountain are covered in large stands of quaking aspens--one of my favorite trees. Some of the stands are old and regal while other groves are mere saplings. Still others have been hit by sudden aspen decline (SAD) most likely caused by a combination of drought, insects and pathogens. 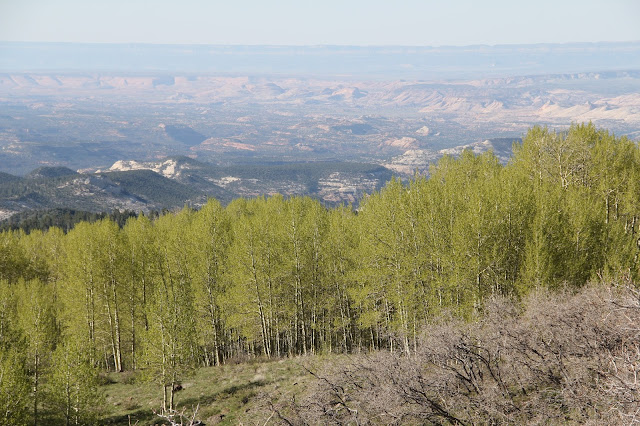 The view south towards the rocky hills of the Grand Staircase Escalate National Monument. The aspens are just beginning to leaf out. 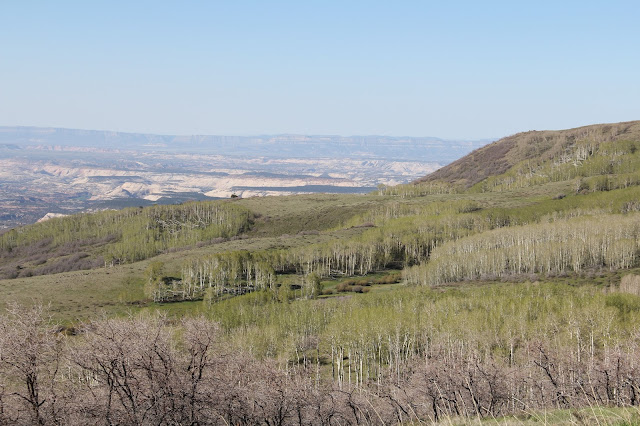 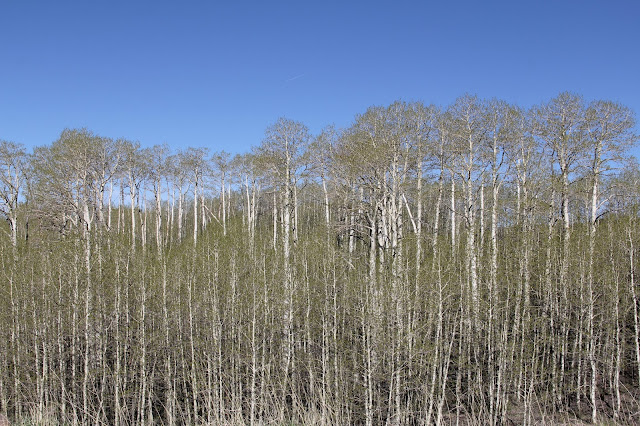 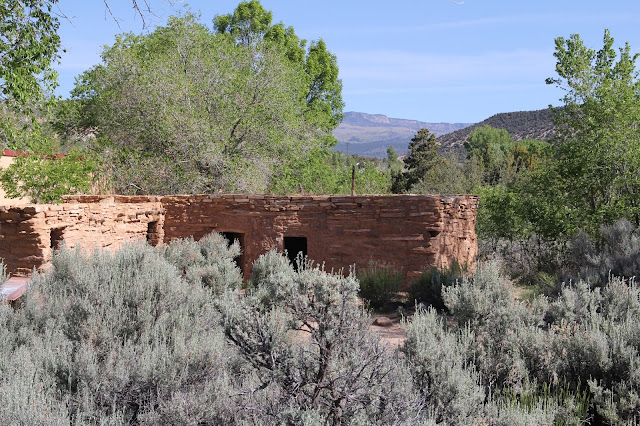 Our one stop of the day was at Anasazi State Park and Museum in Boulder. It highlights archeological digs of a 12th century Anasazi village comprised of at least 97 rooms and 10 pit structures. Sarah could have stayed much longer to read everything in the museum. 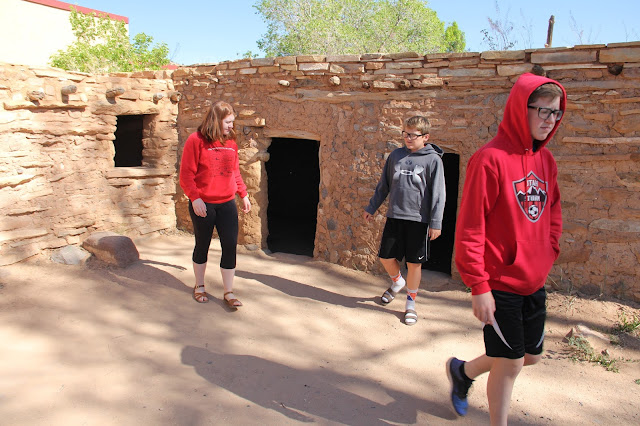 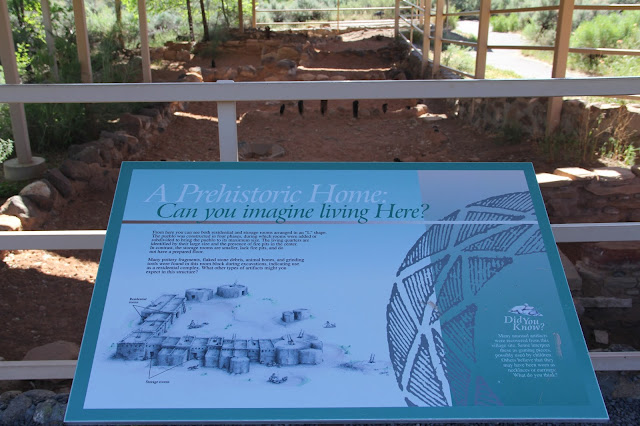 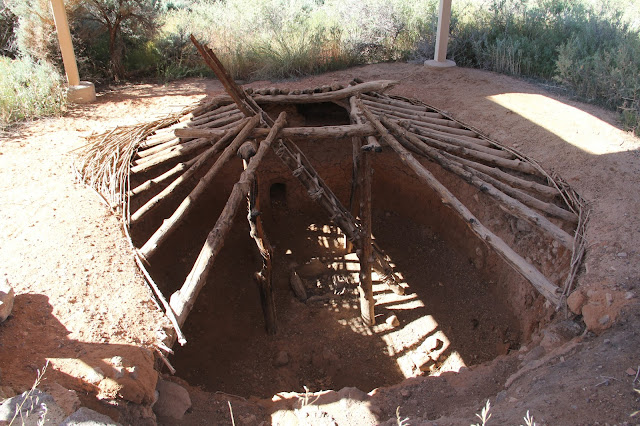 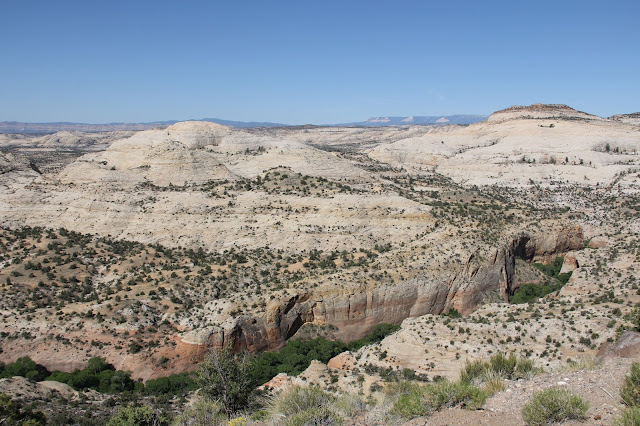 Driving out of Boulder we got behind a slow moving caravan of about a dozen motorcycles in a long, closely-packed procession that was impossible to pass on the occasional short passing lanes. Didn't they know that we were on a schedule? To assuage any chance for road rage to rise, I pulled over to take a few photos and to put some distance between us and the slow movers. Before long we caught up with them again. Luckily they all eventually pulled over and we happily passed by. I suppressed my impulse to stop for more photos fearing they may catch and pass us. As we drove, I noted future side trips I might want to take.

If we hadn't been on a schedule I might also have stopped to take photos of Boulder and Escalante to illustrate how the establishment of the large Grand Staircase Escalante National Monument (announced at the Grand Canyon in neighboring Arizona by President Clinton because locals were not in favor of its establishment and he feared their wrath) has adversely impacted the mining, ranching and logging industries of the area but helped the tourist industry. 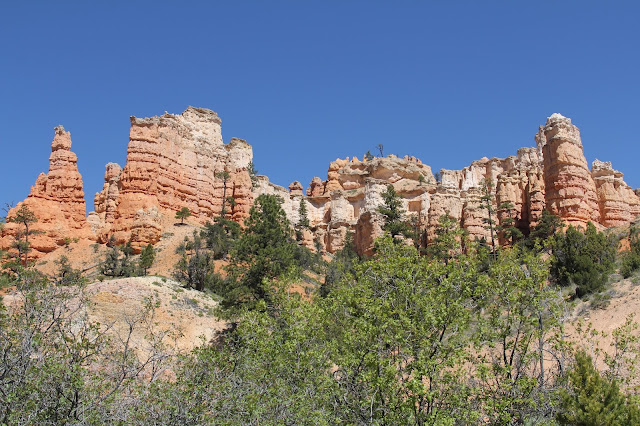 Our last photo stop was driving through Bryce Canyon National Park. We have visited Zion twice as a family and Bryce once so we have now explored all five of Utah's national parks. Here are some links to previous trips.

We pulled in to Springville at 3:00, an hour and half ahead of the plan. Rats, we could have made a few more stops. Next time.

Tryouts went well for both boys. More soccer coverage to come this fall.
Posted by chad at 10:23 PM