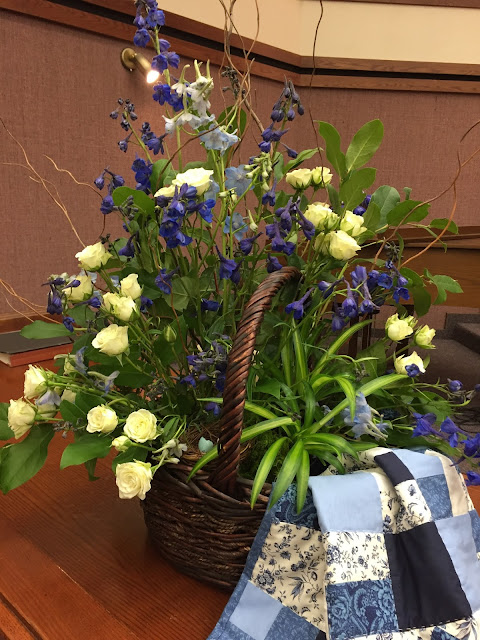 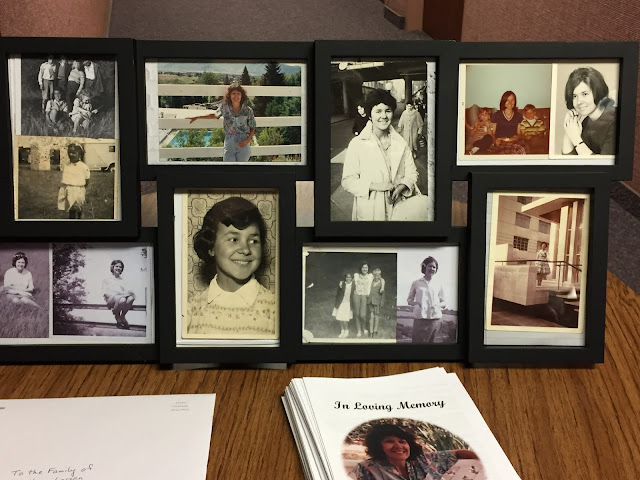 Today I attended the memorial service for Kaye Francis Larsen. Kaye was not one of the many notables who have departed this earth in the past few weeks. She was just an unlikely friend. Unlikely in that our lives would probably have never crossed paths except for the fact that her humble apartment and our home happened to be circumscribed within the boundaries of the Spring Creek 18th Ward (LDS congregation). Also unlikely in that had she not left her native England at the age of 18 we would certainly never have met.

I first became aware of Kaye when we moved to Springville and started attending our local ward (then the 12th ward). I really got to know Kaye a few years later when I was called to be bishop of the newly organized 18th Ward. Kaye was divorced and had two grown children. She had recently lost her job and was unable to find new work. I worried about her ability to support herself. Offers of assistance for food or bills were rebuffed. She was not interested in help from the Church even though she had long made contributions to help others.

In our visits I learned that Kaye had a daughter and grandchildren living in Logan--my home town. Knowing this, and knowing that she didn't have a working car, I made frequent offers to have Kaye join us when we drove to Logan to visit my parents. Kaye always expressed interest, but never came along. I thought it strange that she would not take advantage of visiting the grandchildren whose photos and drawings she was always so proud to show me.

In the meantime I did what I could to reach out to this single sister who seemed so alone in the world. One Christmas I invited Kaye and several other elderly single folks in the ward to join our family for a holiday dinner in our home. Kaye did not want to come. Kaye was also not inclined to join in any type of food eating socials. Eventually I found out that she loved fresh produce and so every summer I would drop by home-grown tomatoes and cucumbers (which reminded her of England). At Christmas we would give her a bag of clementines and a box of Walkers Shortbread cookies from Scotland. These simple gifts were always reciprocated. Kaye would come by to drop off bags of rising sour-dough for us to bake, recipes, re-gifted books, a Christmas nativity pattern, and most memorable a Christmas ornament of a tin box replica of Emmett's Toy Shoppe. We were not the only ones who benefited from Kaye's kindness, many others received similar deposits on their porches during her daily walks. 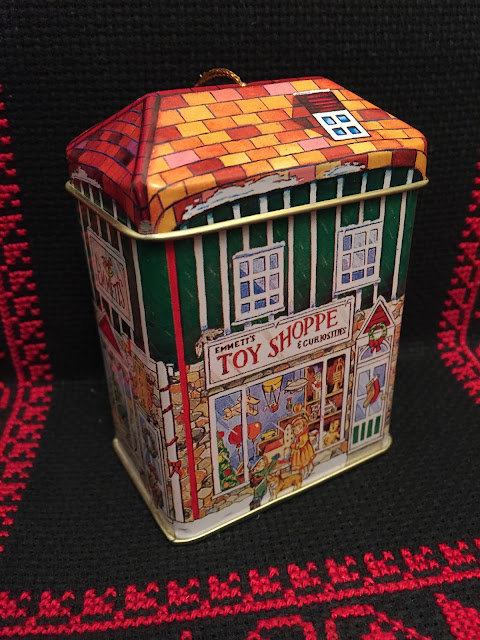 Kaye loved these daily jaunts around town. She often walked passed our home. Some days, if we were outside as she passed, she would stop to talk. Others days she crossed to the other side of the street as if wanting to avoid us. Kaye was an enigma. Some days at church she was friendly and responsive, others days she was silent. Our family never gave up on our up and down relationship with quirky, temperamental Kaye.

One summer Saturday I dropped a bag of tomatoes off at Kaye's apartment. This day she answered the door and was happy to visit. Our family had planned a hike to Stewart Falls (on the back side of Mt. Timpanogos near Sundance Ski Resort) for later that morning and somehow in the midst of our conversation I extended an invitation for Kaye to join us. I was not expecting her to accept, but she surprised me and said she would love to go. We had a delightful time together. It was obvious that she loved nature and being out in the mountains. She also enjoyed being with our three young children. 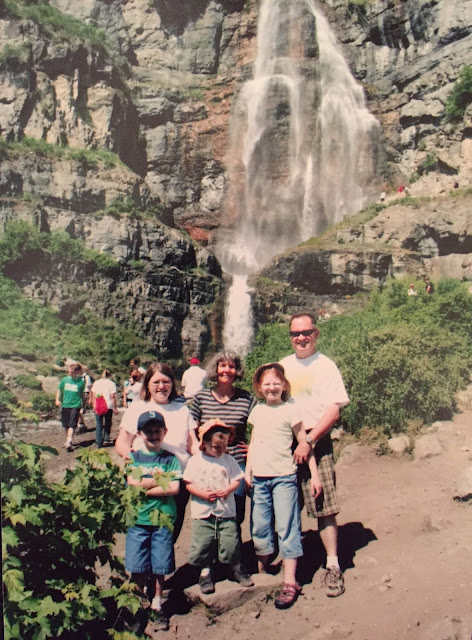 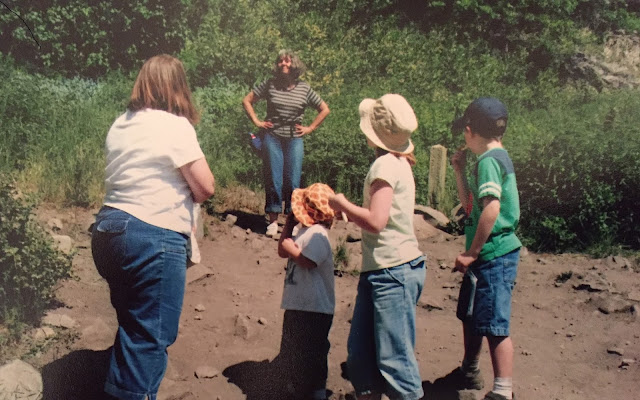 At one point as bishop I began to worry about what would happen if Kaye's financial or health condition worsened. How would we contact the family? No one in the ward had information about her family and Kaye was not willing to share information. I used Church records to find the names of her daughter in Logan and son in Lehi. I gave them both a call to update them on their mother (whose ups and downs seemed to be worsening) and to see if they would be willing to get more involved in helping their mother. Both very politely indicated that it was best for now that distances be kept. The daughter in particular was wanting to insulate her children from hurtful comments Kaye had made on previous visits. At the time there was no label placed on this strained relationship between mother and children, but I have since come to find out that Kay suffered from schizophrenia--which she most often chose not to medicate. 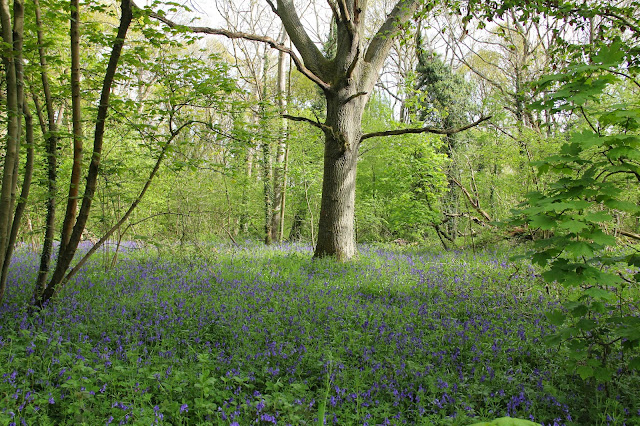 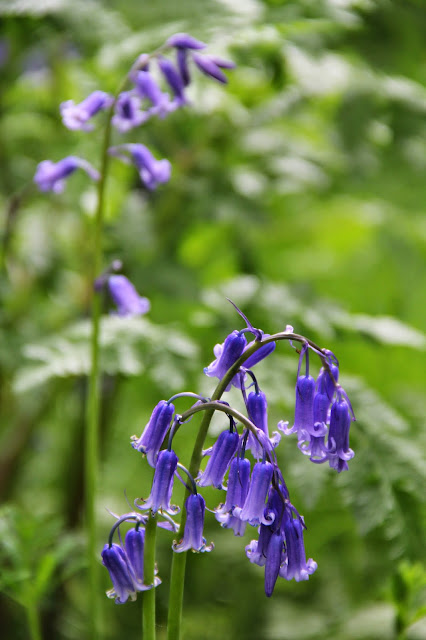 Two years ago, in May, when our family was visiting Marie's cousin in Oxford England, we were taken on a walk through the bluebell woods near her cousin's home. I had never see such a thing, beautiful woodlands carpeted in blue. When we returned home from our Semester at Sea, I looked forward to talking to Kaye about our two week road trip through the British Isles. We did talk briefly, but by now Kaye was even more distant.

This past summer Kaye's condition finally got to the point that she was placed in a care facility. For the first time in years she took medication for her mental illness. The current bishop, with a tip from a long time Springville friend of Kaye's, was able to track down a sister who also lived in Utah. I had never heard of this sister. The sister and then the son and even the grandchildren from Logan were able to come and visit Kaye. She no longer refused contact with them and they were happy to be reunited with a clear thinking Kaye. Marie, Sarah and I were able to visit Kaye in the hospital a few days before her passing. She recognized us and was happy to see us. We were happy to see her.

Kaye chose to be cremated. Today a few dozen friends and family gathered to remember her life in a memorial service. From the obituary that her sister wrote, I learned of Kaye's love of nature and of exploring the rivers banks and woods of Kent England where she grew up. "She especially loved the  woods in the Springtime when the bluebells would come out in abundance, spreading their sweet fragrance through the woodlands and covering the ground in an expanse of purple/blue hue."

Part of the service included time for memories from the congregation. Kaye's son mentioned that he and his mother had once climbed Mt. Timpanogos, something his mother had long wanted to do. I offered a few memories too. I told of our trip to England and of the bluebells of May. I told how memories of Kaye shared on-line, in the obituary and by other speakers at the funeral had exposed me to a whole new Kaye. A Kaye who was not beset by mental illness. A Kaye who loved nature and hiking and flowers. I decided to tell about that rare day when Kaye joined us for our hike to Stewart Falls. I told her children that that was their real mother. The mother excited to go exploring, to visit and talk, to enjoy nature. Not the mother of another mind who insulted or rebuffed her children and others. Later I told both children that I knew of their hurt and I understood how hard it was to maintain a normal relationship with their mother.

As Marie and I talked to Kaye's son, he mentioned that his mother had not left a will, but she had left a hand written note asking that her ashes be scattered at Stewart Falls. He did not know where Stewart Falls was so we explained that it was on the back side of Mt. Timpanogos--the mountain he had climbed with his mom at a time when he was trying his best to maintain a relationship. The mountain side we had climbed with Kaye on a rare summer day. The mountain, that while devoid of bluebells, may have reminded Kaye of a carefree childhood exploring and enjoying the beauties of the English countryside. A time when her mind was at peace.
Posted by chad at 10:45 PM