I started out a Bernie fan. I liked his politics and his scrappy concern for the average American. I voted for him in the primary. If John Kasich had won the Republican primary I may very well have voted for him over Hillary. But Trump won the primary so I happily voted for Hillary to be president. In my opinion, even with her flaws, she was a much preferred choice over Trump.

I know that for many this election was a difficult choice. I understand that there were compelling reasons for some to vote for Trump. A cousin of mine, very much conflicted by her presidential choices, recently related the turmoil and indecisiveness she experienced up until the time she entered the voting booth. There she agonizingly decided to vote for Trump based solely on the fact that she felt Trump's nominees for the Supreme Court would be more in sync with her vision of America than that of a democrat. Fair enough. I too have been known to vote on single issue platforms in the past (I voted for Ralph Nader because I was not fond of either Bush or Gore and because I liked his Middle East platform). Others that I have talked to also used the Supreme Court issue as a deciding factor. I also understand the allure of Trump's promise of more jobs and a better economy. His promise to shake up the political establishment (as Bernie also wanted to do) is also an understandable draw.

For these and many other reasons (mostly bad in my opinion) Trump won. OK. That's how democracy works. Now that he is in power I would hope that those reluctant Trump supporters (and even his most ardent supporters) choose not to give our president a free pass on every policy change and executive order he issues. You can still hope for a shift in the Supreme Court or an improved economy, but Trump's election should not validate actions that violate basic Christian principles and values.

From my perspective as a Mormon/Christian, here are some current issues that Trump is in the process of acting on that should be vigorously opposed. We should all be encouraging him to do what is right. 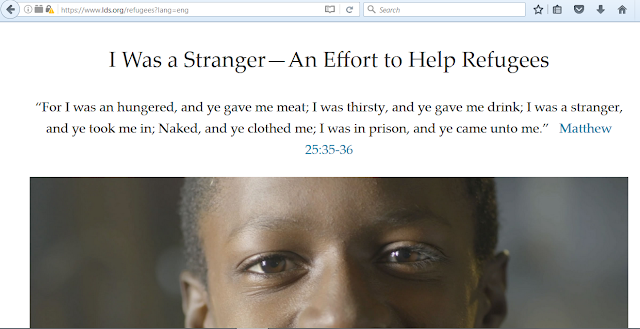 1. Refugees. Last year the LDS Church rolled out a great new program (https://www.lds.org/refugees?lang=eng) focused on helping refugees around the world. This call to service was inspiring. It has motivated many Mormons to reach out. Peoples of all denominations have responded in similar ways. To now close the doors to peoples from lands torn asunder, in part by US policies and US bombs, is shameful. To forbid helpless families from entry makes no sense. Strict vetting processes are already in place. The fear of terrorism should not diminish the weightier matter of welcoming those in need.

Earlier today a Midwestern friend of mine posted on Facebook a comment about a friend of his who is a newly arrived Syrian refugee in the US who is now uncertain of what his status in the country will be. My friend then wrote: "And I too wonder what that means for him. And what it says about us. And though I'm not a very religious man, I did wonder what actually would Jesus do, and so I googled it. Matthew 4:24 "So his fame spread throughout all Syria, and they brought him all the sick, those affected with various diseases and pains, those oppressed by demons, those having seizures, and paralytic, and he healed them." Which is weird because I thought for sure he would have been like; listen, you've got to look out for yourselves and your families first and put Galilee before all other countries."

When jokingly accused of cherry picking just one scripture to justify his point, this friend then posted a list of 14 other bible verses (which I'm sure he googled) teaching us to welcome strangers. It was intended for church hospitality committees but it equally applies to America's response to refugees (https://www.evangelismcoach.org/2013/14-bible-verses-on-welcoming-the-stranger/).
President Trump should take these scriptures to heart. We should help him to see the light. 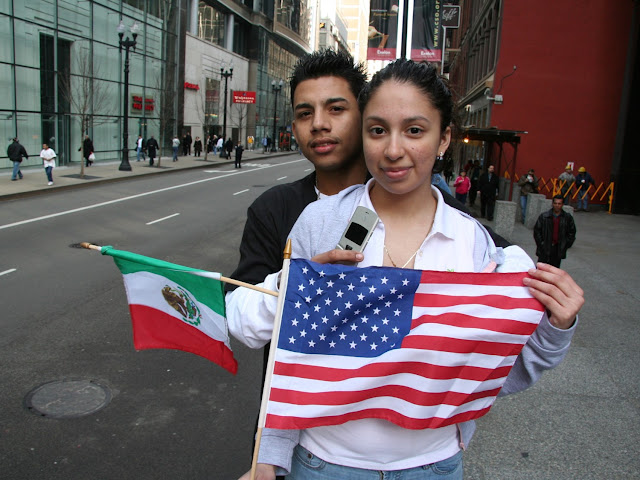 2. Immigration. During the height of the illegal immigration debate in America, a group of concerned citizens in Utah worked together in writing what is known as the Utah Compact. I think it is a good model for the federal government. I am all for protecting our border and enforcing immigration laws, but I am also for compassion towards working, law-abiding immigrants already in the country and especially for the dreamers--who were brought to the United States as young children and are here because of their parents' decisions. 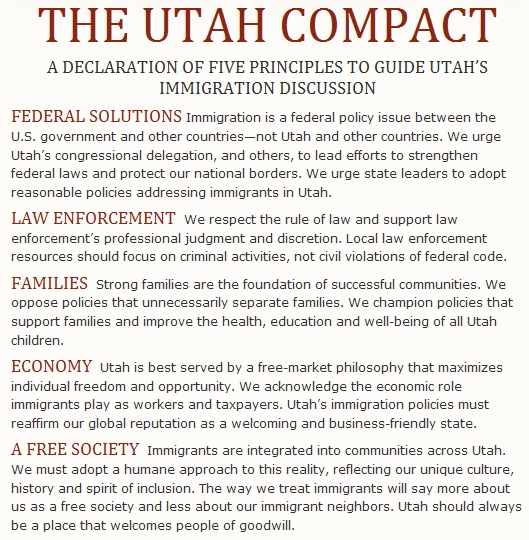 Here is the response of the LDS Church:

"The Church of Jesus Christ of Latter-day Saints issued the following statement of support today following the announcement of the Utah Compact, a document backed by a broad spectrum of community leaders:

As a worldwide church dealing with many complex issues across the globe, The Church of Jesus Christ of Latter-day Saints promotes broad, foundational principles that have worldwide application. The Church regards the declaration of the Utah Compact as a responsible approach to the urgent challenge of immigration reform.  It is consistent with important principles for which we stand:
In my opinion, building a wall would be a waste of tax-payers money. Breaking up families, some of whom are citizens and others not, would be cruel. Sending back willing workers who work at less-desirable jobs would impede our economic growth. 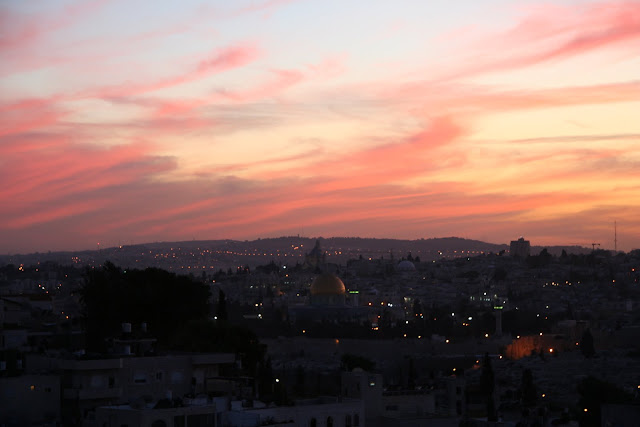 Trump's call to move the US Embassy to Jerusalem and his tacit support for Israeli settlements in the West Bank denies Palestinians rights to East Jerusalem and to ancestral and long inhabited lands that Israel continues to expropriate and build upon. The land of Israel/Palestine will never know peace if the United States does not support the justifiable rights of both peoples to continue to live in the land. For more of my feelings on the matter please refer to this blog post: http://beitemmett.blogspot.com/2014/07/the-israelipalestinian-conflict-my-view.html

Mormons have ample reason not to take sides on this issue.

In a speech to BYU students in 1979, LDS Apostle Howard W. Hunter in a talk entitled "All Are Alike Unto God," said: "Both Jews and the Arabs are children of our Father. They are both children of promise, and as a church we do not take sides. We have a love and interest in each. The purpose of the gospel of Jesus Christ is to bring about love, unity, and brotherhood of the highest order."

We should demand that the US be a fair broker in this conflict which means not exacerbating the conflict by unnecessarily moving the US Embassy to a contested city. 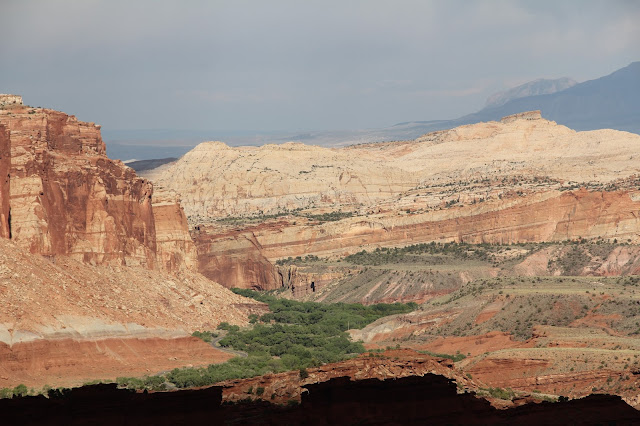 Trump's budget cuts, pipeline approval and continued hostility towards government workers and agencies involved with reducing the impact of climate change are indicative of a lack of concern for the environment. Last week while visiting Death Valley I wondered if Donald Trump had ever visited a National Park or climbed a mountain.

In a revelation to Joseph Smith. The Lord said:

Doctrine and Covenants 104:
13 For it is expedient that I, the Lord, should make every man accountable, as a steward over earthly blessings, which I have made and prepared for my creatures.

14 I, the Lord, stretched out the heavens, and built the earth, my very handiwork; and all things therein are mine.

To me this means that if we are to be wise stewards over the earth we should try to find cleaner sources of energy (don't cut funding for these endeavors), we should acknowledge the human component of climate change, and we should respect indigenous ties and stewardship over ancestral lands (Bear's Ears, Standing Rock).

I conclude with these lyrics from the hymnal in hopes that many will stand up (call, write, protest) for that which is good and that which is right.