Last night I finished reading the fourth and final volume of Pramoedya Ananta Toer's amazing Buru Quartet. It has been a multi-year process. I have long been aware of this masterful telling of the waning years of Dutch colonial control in its East Indies. Its importance is noted in that Pramoedya was often viewed as Indonesia's best candidate for a Nobel Prize in Literature. When I was asked to teach an advanced Indonesian literature course (so students who wanted to study Indonesian at BYU could qualify for a FLAS fellowship), which certainly was a far stretch for me, I immediately considered the Buru Quartet. That fall semester we as a class plowed through the first two books in Indonesian. I must confess that the highfalutin, very traditional language used by Pramoedya was tough to understand (especially given my limited training in Indonesian and my inability in any language--English, Arabic or Indonesia--to amass a very broad vocabulary) so I also read the two works in English before the semester started so I would have a good grasp of the plot and characters. I read the third book two summers ago while traveling in Indonesia doing tsunami research. The fourth volume I read mostly this past summer again while in Indonesia. I read both of these in English. 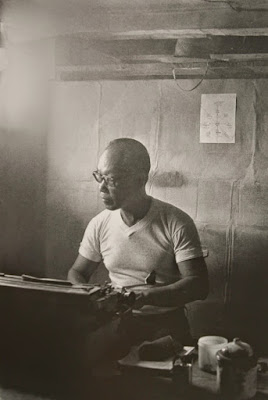 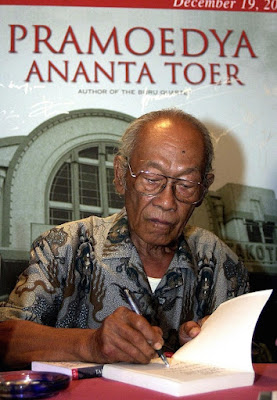 The books get their name from the Island of Buru in the Maluku islands of eastern Indonesia. Following the aborted Communist coup in 1965, many suspected communists and communist sympathizers (often labeled so because they opposed the ruling regime) were imprisoned and then banished to the island of Buru. Pramoedya was one of the detainees on Buru from 1973-79  While he and many others endured their isolated captivity, Pramoedya, who was banned from writing and couldn't even possess a pencil, started to tall a tale of Minke--the son of Javanese elite who was privileged to attend a Dutch high school in Surabaya. With his education and with his first hand observations of and experiences with the oppression and injustices of colonialism, Minke turns to journalism and writing to expose these injustices and to call for Indonesians to unite in throwing off Dutch rule. The stories were a big hit on on Buru, in part because those prisoners (many unjustly detained by an autocratic regime) could relate to the similar cause of early nationalists (represented by the fictional Minke), who were likewise banished for wanting and advocating for a better life. Pramoedya was eventually able to write and publish his story, but it was soon banned in Indonesia under the false claim that it promoted communist ideals. When President Suharto fell, the ban on the books in Indonesia was lifted.

The thing that is most amazing to me about these books is how relevant they are in today's' world. The Buru Quartet deals with issues related to the rights of women (to education, to owning property, to having a choice in marriage), the insertion of religion into nationalist agendas, the use of corruption, and the scourge of racial and economic stratification in society. Most importantly it focuses on the misuse and abuse of power. Colonialism is no longer the evil oppressor it once was, but many of the issues and troubles that plagued the Dutch East Indies a century ago seem to be on the rise, particularly here in the United States. When Minke and others started to resist ruling policies and procedures by exposing the truth of how locals were treated--horrible working conditions, land expropriations to benefit the Dutch, lack of educational opportunities etc.--they were labeled as agitators, and through various means they were silenced. Some were exiled, others imprisoned and still others coerced into submission. Minke's choice of protest was the press. In today's discourse he would have been labeled as "fake news." When black American's chose to protest continued discrimination by kneeling during the national anthem or marching with Black Lives Matter, they are vilified by our current president and many other Americans as being unpatriotic and resorting to violence. Systemic opposition towards those who are not of the ruling majority (whites in both cases) and who long for freedom and equality is the same in both places and both centuries, although tactics may vary. There were no early morning tweets emanating from the Governor General's palatial residence in Buitenzorg (modern day Bogor) that sought to shame those who spoke up, but then and now, those who did speak up were viewed as an opposition to be feared, shamed, silenced or fired, not as fellow citizens seeking to make the colony or the country a better place for all.

Minke is Pramoedya's representation of the tiny vanguard of educated residents of the Indies who rose up against Dutch rule. Their quest was soon taken up by more and more Indonesian nationalists who had been educated under improved Dutch educational policies, and were united by a growing use of the Malay language and an identity forged in their opposition to colonial rule. Then and now a vibrant press and an educated populous who stands (or kneels) for what is right will in the end prevail.
Posted by chad at 10:51 PM