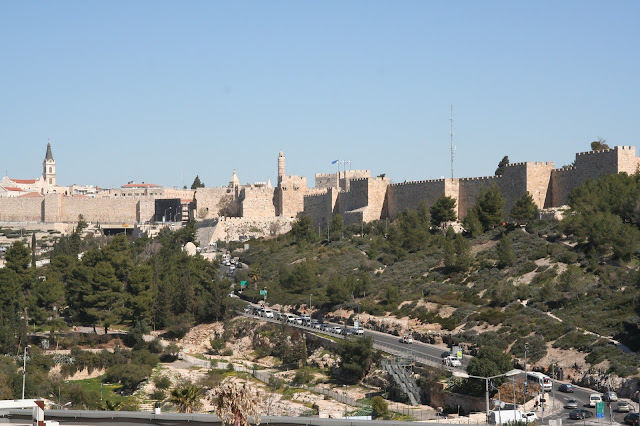 The decision of the Trump Administration to recognize Jerusalem as the Capital of Israel and relocate the US Embassy from Tel Aviv to Jerusalem is very troublesome. These acts would have no positive benefit; they would only exacerbate an already very delicate and contentious situation. Until the Israelis and Palestinians can come up with an agreement on how to share the city, the United States should leave well enough alone.

Over twenty years ago I published an article that looked at the history of Jerusalem in terms of how the city has and has not functioned as a capital over the millennia. Posted below are several excerpts from that article as background for this faulty foreign policy move. One update to what I wrote then: currently no country in the world houses its embassy in Jerusalem. They all await a resolution to the conflict before making the move.

"Because Israel refused to recognize the U.N. plan for an internationalized Jerusalem and because of its annexation of occupied East Jerusalem in 1967, no country in the world has offered legal and diplomatic recognition of Jerusalem as the capital of Israel. Most states, however, have unofficially acknowledged Israel's "sovereignty and actual possession, without recognition of lawful title" (Adler 1985, 45). Informal recognition centers on whether or not a country locates its official diplomatic mission in the city. From 1948 until 1967, as many as twenty-one states--ten Latin American, nine African, plus the Netherlands and Greece--located diplomatic embassies in West Jerusalem; thirty-three countries, including the United States, Great Britain, France, the Soviet Union, and many other European states, maintained embassies in more politically correct Tel Aviv (Boris 1971, 22).

After Israel occupied East Jerusalem in 1967, only the Netherlands and a dozen Latin American countries retained legations in Jerusalem (Cattan 1981, 112). In 1980, when Israel proclaimed Jerusalem its undivided capital, eleven of the thirteen states, under U.N. urging, moved their embassies from Jerusalem to Tel Aviv, leaving only Guatemala and the Dominican Republic with their principal envoys in the disputed capital (Cattan 1981, 222). Today just Costa Rica, El Salvador, and Zaire maintain embassies in Jerusalem. The diplomatic shell game continues, however: Bolivia, the Dominican Republic, and Paraguay announced in 1994 that they would move their embassies to Jerusalem in order to prevent Israel from closing embassies in their countries (Whirbeck 1994).

Although the United States has its embassy in Tel Aviv, it has staffed two consulates in Jerusalem since the days of partition. After Israel gained control of all of the city, the United States continued to keep two consulates--one in the east and one in the west--as a way to protest Israel's annexation of occupied lands (Adler 1985, 45). The U.S. Congress has attempted, often at the urging of Jewish lobbyists, to move the U.S. embassy to Jerusalem. Preelection fervor in 1995 prompted Congress, under the sponsorship of Majority Leader Bob Dole and House Speaker Newt Gingrich, to pass a resolution calling for construction of the new U.S. embassy in Jerusalem to begin in 1996, with relocation by May 1999 (Moffett 1995). Many people, including both Israeli and American Jews, saw this legislation as ill timed, given the sensitive nature of the Arab-Israeli peace process and the status of Jerusalem. President Clinton threatened to veto the bill. On 24 October 1995 Congress passed an amended bill by an overwhelming majority. This new bill gave the administration flexibility in determining when to begin construction and in being able to indefinitely delay the 1999 move, pending resolution of the Jerusalem question. The bill was passed just one day before the visit of Prime Minister Yitzhak Rabin and Jerusalem Mayor Ehud Olmert to Washington to mark the 3,000th anniversary of the establishment of Jerusalem as the capital of Israel (Labaton 1995).

There are many solutions--an almost impossible and ever-expanding number, it seems--for Jerusalem. In its role as a holy city, the best solution would be to depoliticize Jerusalem. The Old City or, better still, the whole region could be internationalized, or both the Palestinians and the Israelis could locate their capitals in different cities. Under the rule of Ottoman Turks, the several communities of Jerusalem lived together in relative harmony. As long as no local community exercised sovereignty over any other, the Jews, Muslims, and Christians coexisted in their separate quarters of the city. Only with the rise of competing Arab and Jewish nationalisms during the late Ottoman era and the British era did competition between Jews and Arabs for control of Jerusalem devolve into conflict. Placing Jerusalem under the control of the United Nations or a coalition of religious bodies would once again give no one community exclusive control. Peaceful coexistence could then return. Establishing either an international capital or a former capital would require significant outside pressure, and even then it is doubtful that Israel would relinquish its claim to eternal Jerusalem.

For the spatial integrity of Jerusalem, the best solution would be to have a united city under one rule--which, at this point, means Israel. Having a single state rule could work if all peoples accepted the fact, but, given the ties of the Christian and Muslim Palestinians to the city, it is doubtful that they would ever accept complete Israeli control. Limited autonomy through boroughs offers some compensation for Jerusalem's Arabs, but it denies their equally strong desires to have Jerusalem as their capital. With neither group willing to relinquish control to the other, a united Jerusalem under either complete Arab or complete Israeli control would never know true peace.

Thus the only solution with any possibility of acceptance and success would be for both groups to share sovereignty of the city. Of the many ways of sharing sovereignty, scattered sovereignty seems to best address the needs of the jigsawed Arab and Jewish neighborhoods with the least disruption to the current residential patterns. Just as in the days of King David, Jerusalem would be a compromise capital. In the twenty-first century, however, it would be not a neutral location among the twelve tribal allotments but a meeting point where Jews and Arabs, Israelis and Palestinians could come together in a shared city they all call their capital." 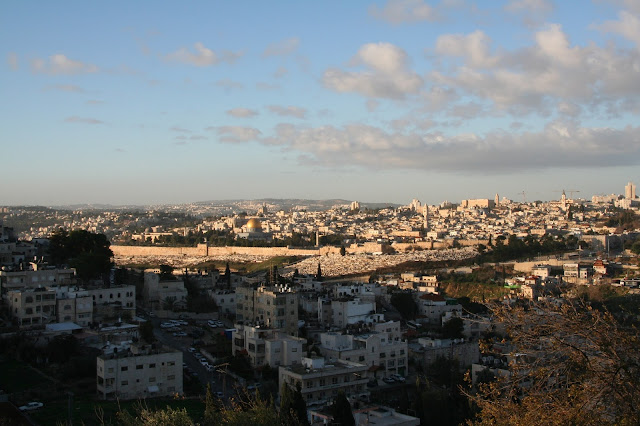 For additional reading on a proposal I wrote suggesting a way to peacefully share the city please see: