Matthew 18:
12 How think ye? if a man have an hundred sheep, and one of them be gone astray, doth he not leave the ninety and nine, and goeth into the mountains, and seeketh that which is gone astray?
13 And if so be that he find it, verily I say unto you, he rejoiceth more of that sheep, than of the ninety and nine which went not astray. 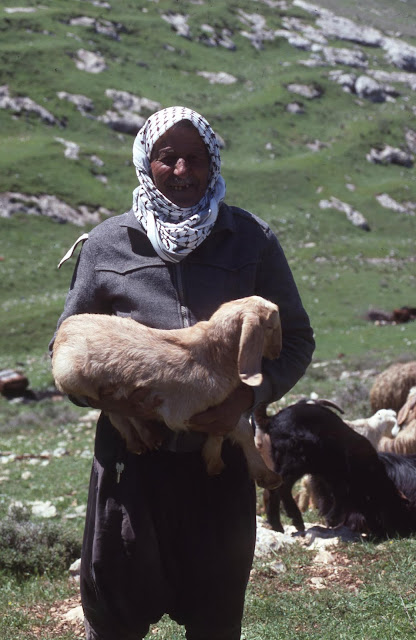 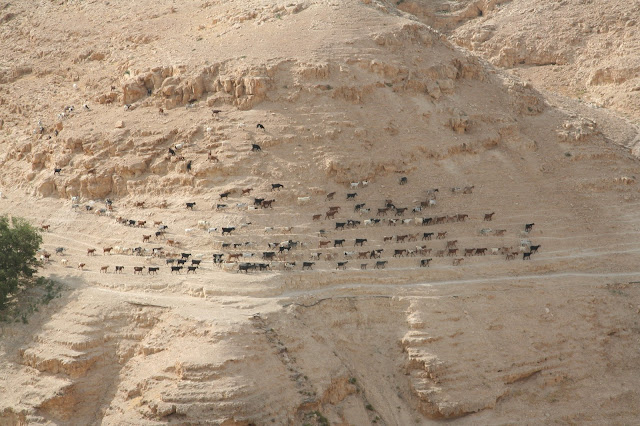 Goats somewhere in the Judean Wilderness along the road down to Jericho. 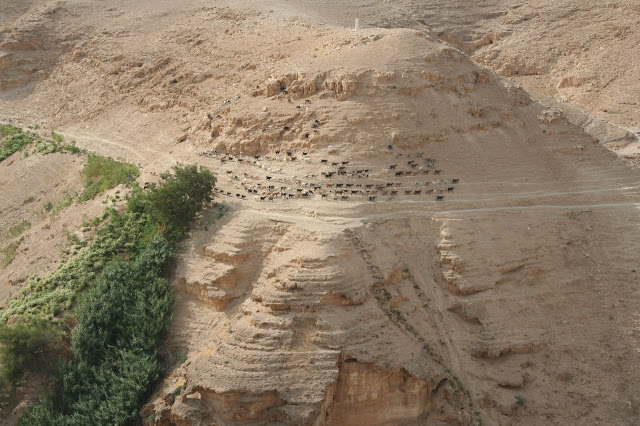 Luke 10: 30 And Jesus answering said, A certain man went down from Jerusalem to Jericho, and fell among thieves, which stripped him of his raiment, and wounded him, and departed, leaving him half dead. 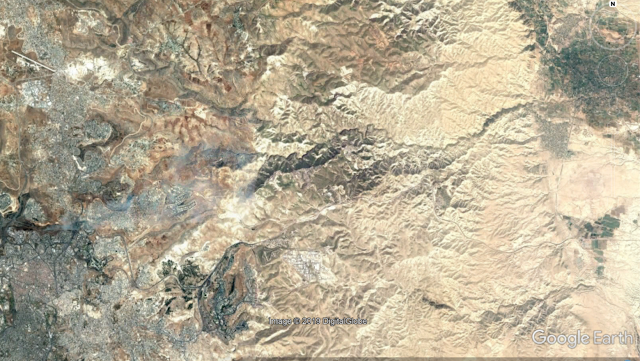 Jerusalem (lower left corner) and Jericho (upper right comer) with the Judean Wilderness in between. To traverse this road means going down to Jericho (846 feet below sea level) from Jerusalem (2474 feet above sea level) and up to Jerusalem from Jericho. I love that the Bible get its topography correct. 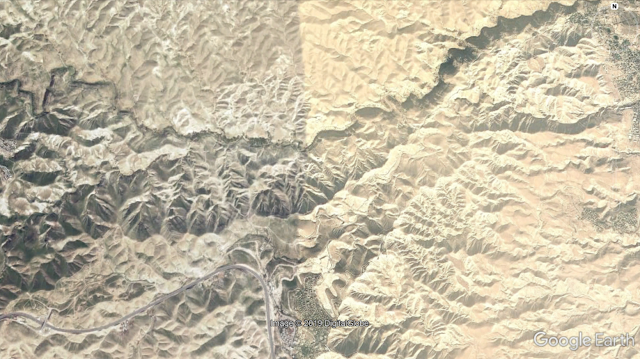 Close up of the wilderness. The traditional location of the Inn of the Good Samaritan is on the south side of the road by the highway overpass in the lower left hand corner. The deep canyon of Wadi Qilt  cuts diagonally across the landscape. 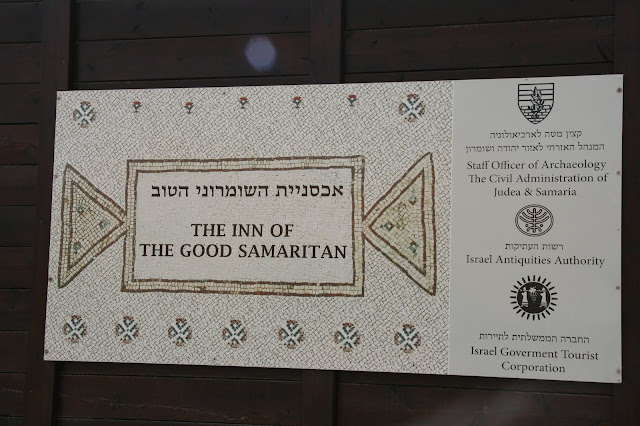 This museum houses Samaritan antiquities from Mt. Gerzim in Nablus /Shechem. An Israeli web site about the museum contends that the Samaritan of the parable is more likely an Israelite--which completes the "traditional triangle of Cohen, Levi, Israel--Priest, Levite, Israelite." It also describes how Byzantines Christian who should have respected the Samaritans (given their good showing in the parable) instead enslaved and killed hundred of thousands of Samaritans.
https://www.israelite-samaritans.com/history/good-samaritan-museum/ 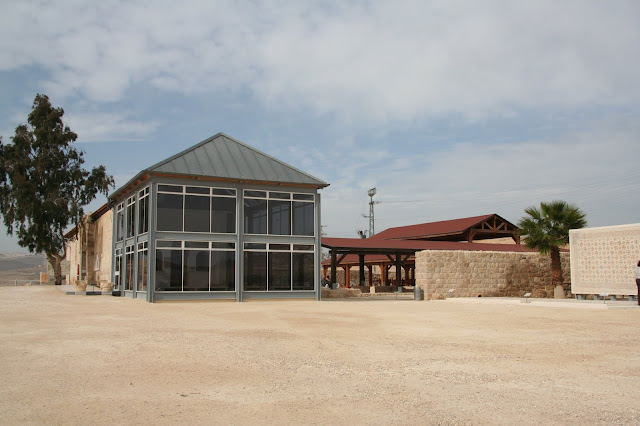 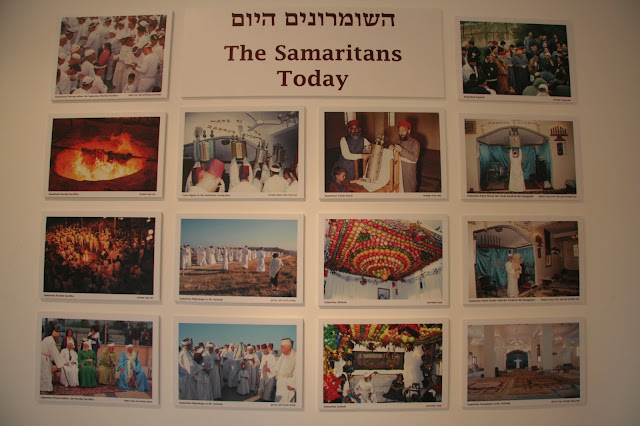 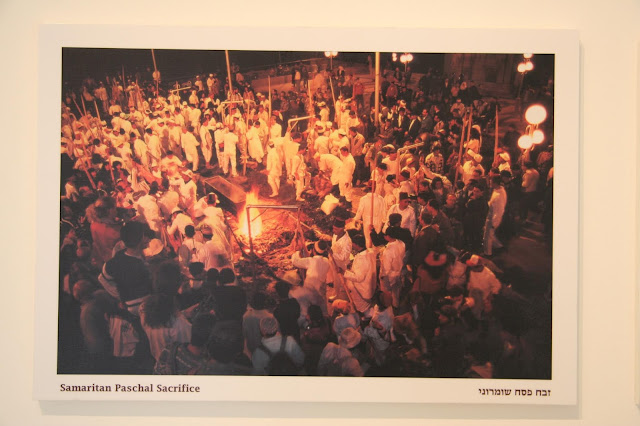 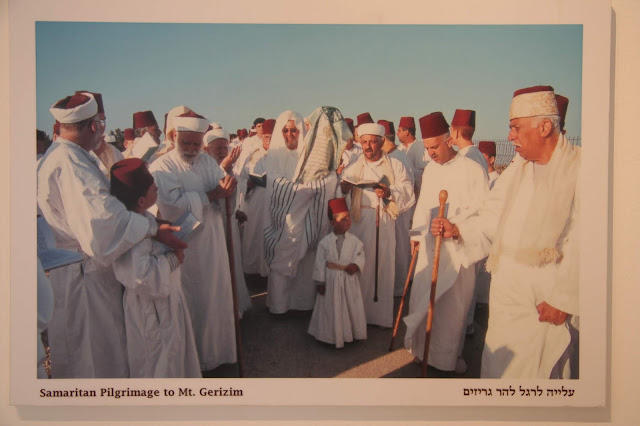 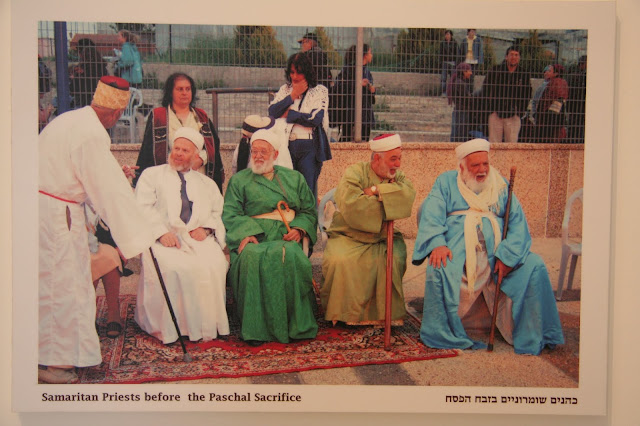 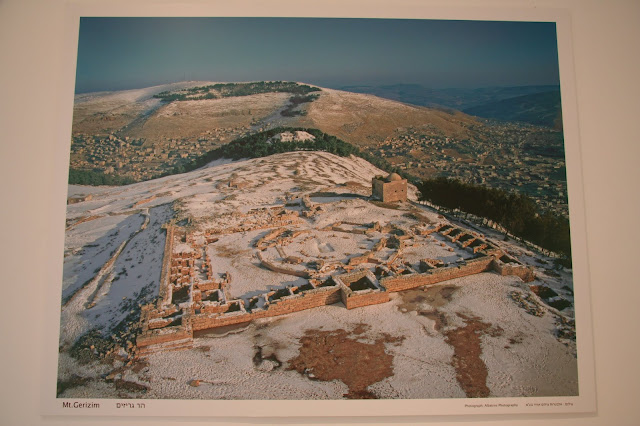 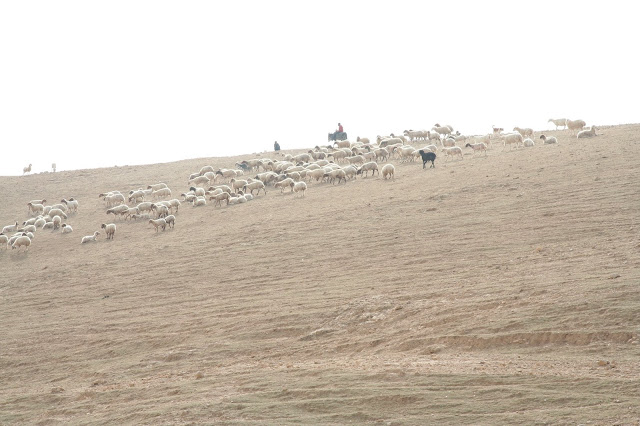 Bedouin with sheep and goats as seen from the Inn of the Good Samaritan. 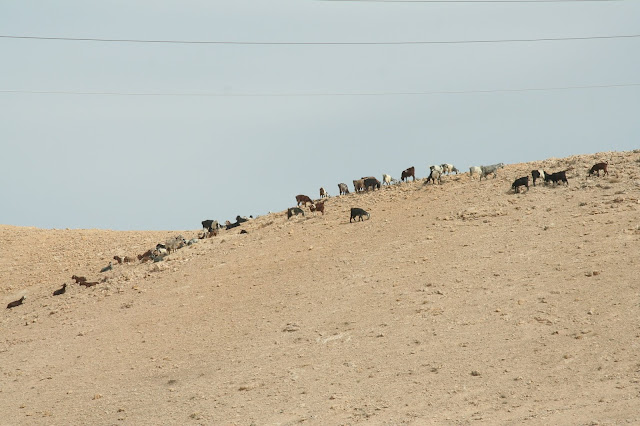 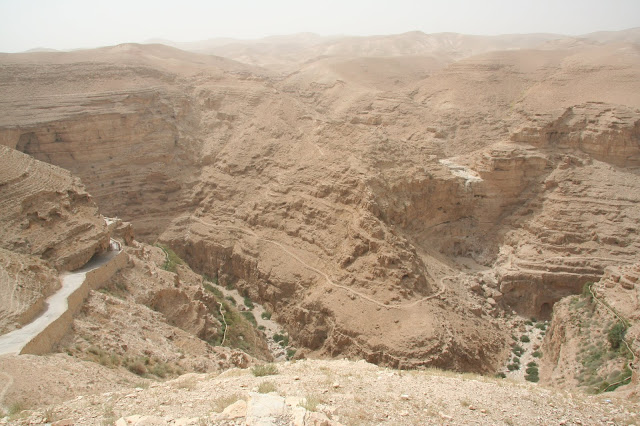 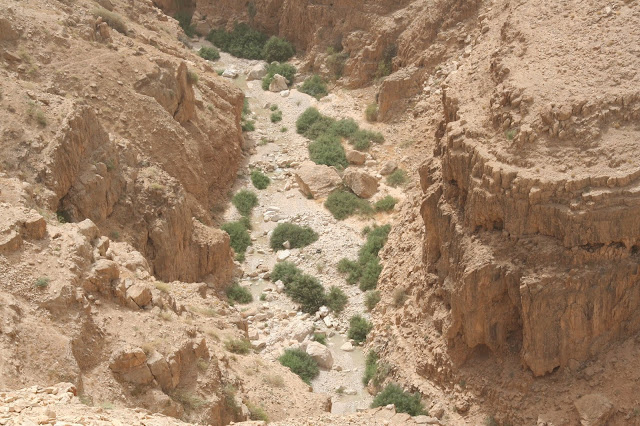 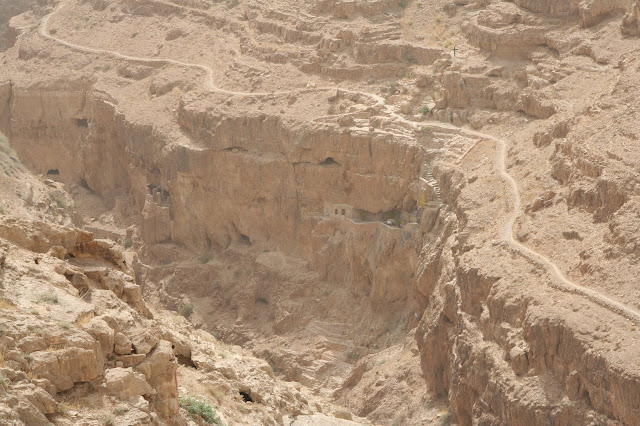 St George Monastery hugging the cliffs of the wadi.

Luke 10:
38 ¶ Now it came to pass, as they went, that he entered into a certain village: and a certain woman named Martha received him into her house.
39 And she had a sister called Mary, which also sat at Jesus’ feet, and heard his word.
40 But Martha was cumbered about much serving, and came to him, and said, Lord, dost thou not care that my sister hath left me to serve alone? bid her therefore that she help me.
41 And Jesus answered and said unto her, Martha, Martha, thou art careful and troubled about many things:
42 But one thing is needful: and Mary hath chosen that good part, which shall not be taken away from her. 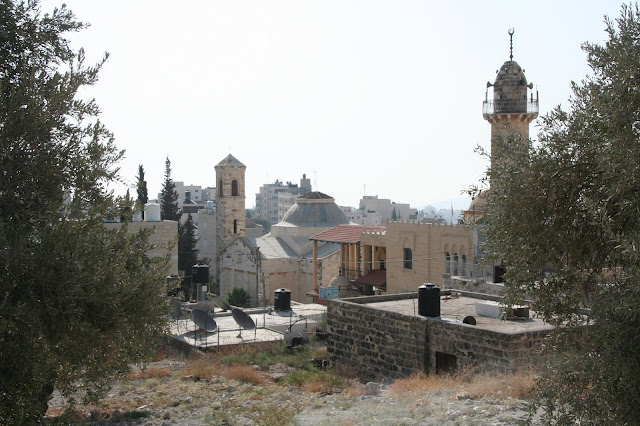 Biblical site of Bethany and modern day town of al-Azariyah (Arabic name for Lazarus) that sits on the eastern slopes of the Mount of Olives. 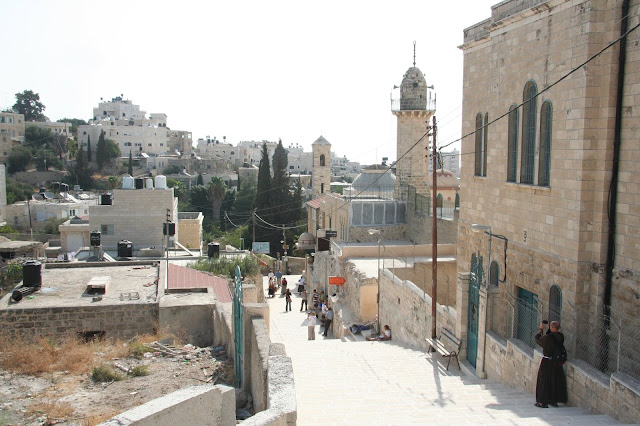 Church, Mosque and then another Church straddle the site of Lazarus' Tomb (orange sign). The Church also commemorates the home of Lazarus, Mary and Martha--where Jesus was often a guest. 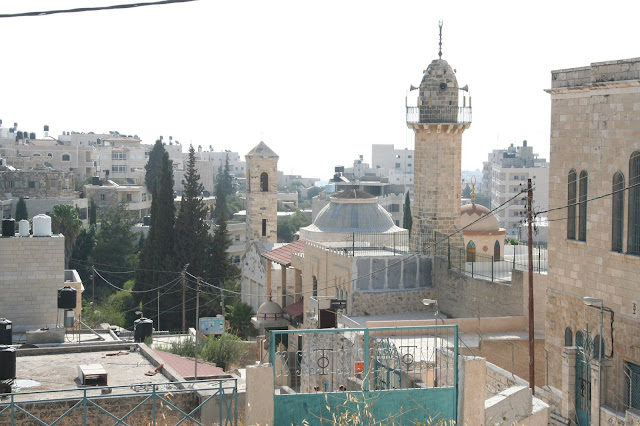 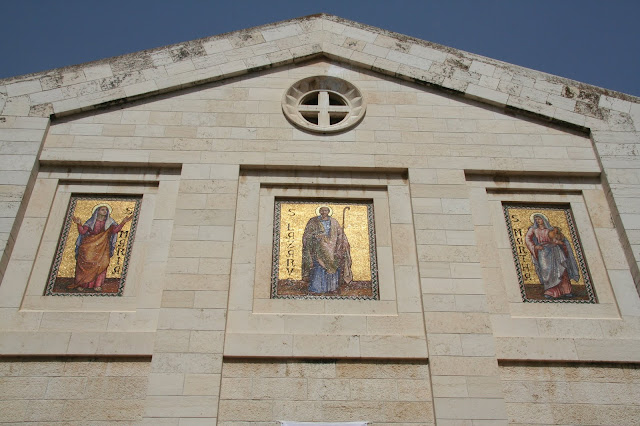 Mary, Lazarus and Martha above the entry to the Church. 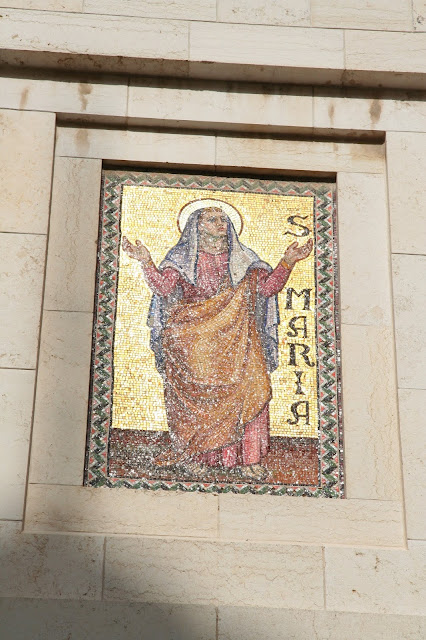 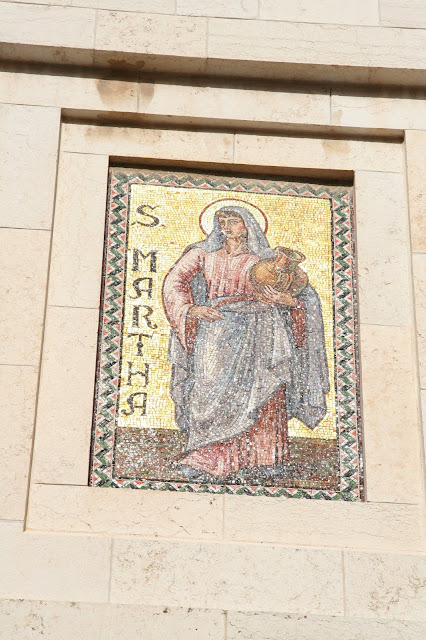 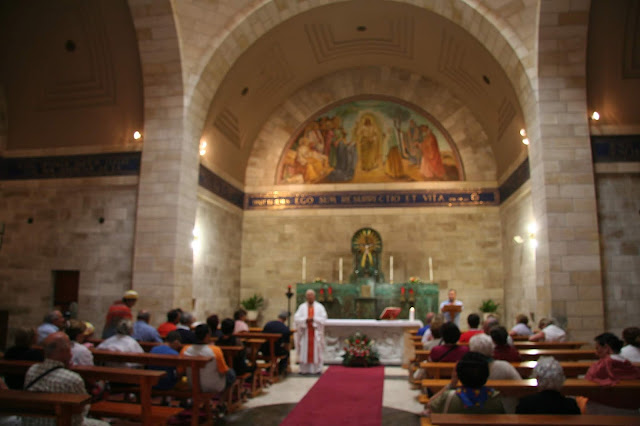 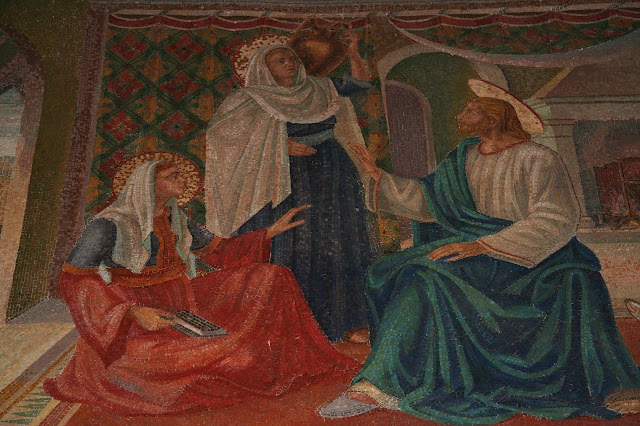 Mary and Martha conversing with Jesus.
Posted by chad at 4:14 PM