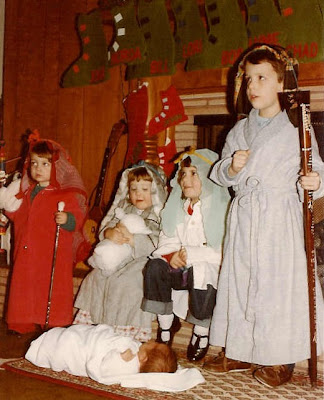 1983 - Baby Paige in the role of Jesus with Allison, Kristin, Adrienne and John (L-R) 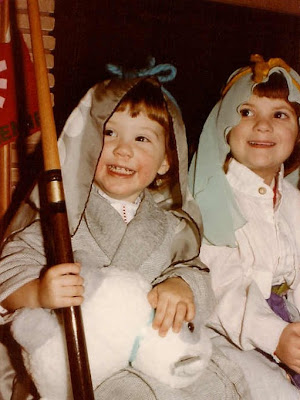 1983 - why has the pool cue fallen out of favor as a shepherd's staff? Kristin and Adrienne 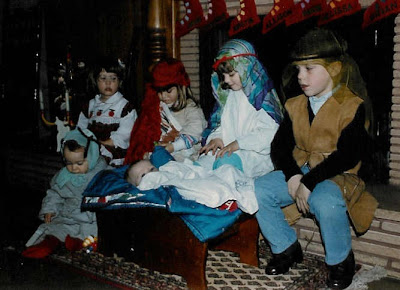 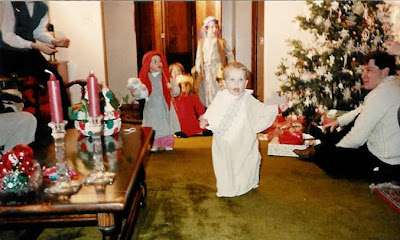 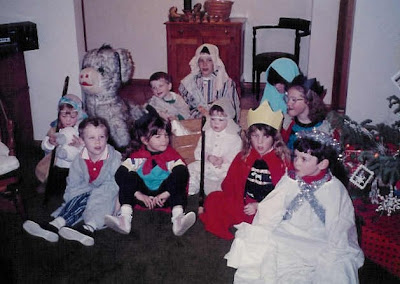 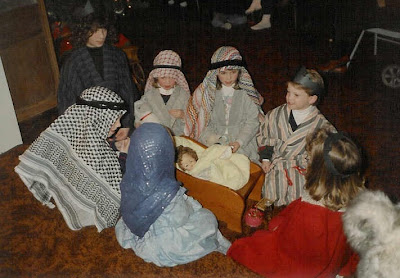 1990 - a year without a real baby Jesus. This year there will be three - Lily, Bruce and Jack (and if Mindy delivers early there could be FOUR) 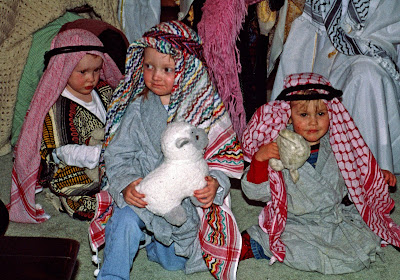 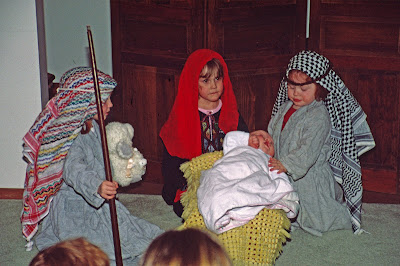 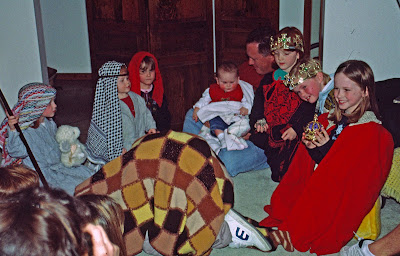 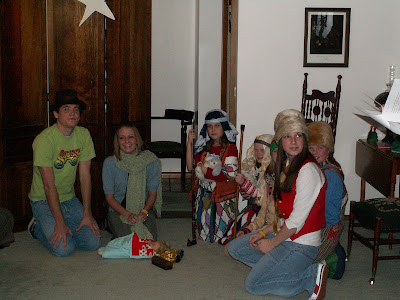 2004 - Another miracle, Joseph found his long lost hat and the wise women from Russia visited in their fur hats 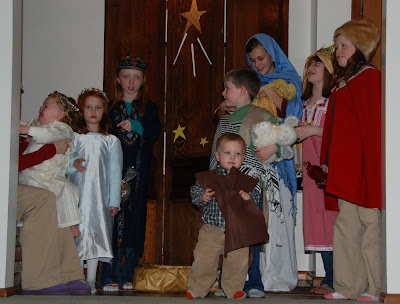 2007 - Polly negotiated her contract up until stage time while Jack wanted a costume change. 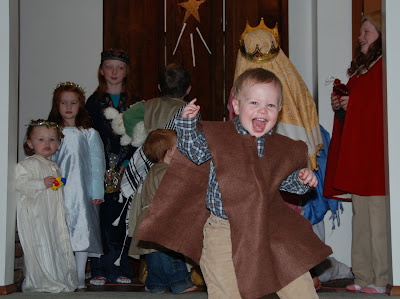