Sarah and Chad in the Netherlands 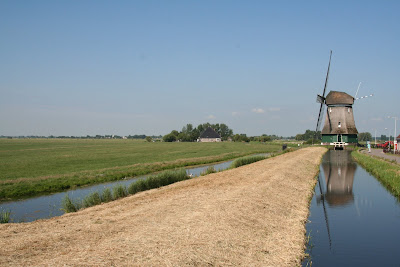 With a rare few days off from teaching, I decide to take a research trip to the Netherlands to interview some people for my book on the LDS Church in Indonesia. Sarah came along for the fun of it. On Saturday the 26th we spent the first part of the day exploring the countryside of Holland. I visited the Netherlands in 1974 with the LHS orchestra and again in the 1990s after visiting Bill and family in Germany, but both of those trips were just in Amsterdam. It was nice to see windmills (not very many) dikes (many) and canals (even more). 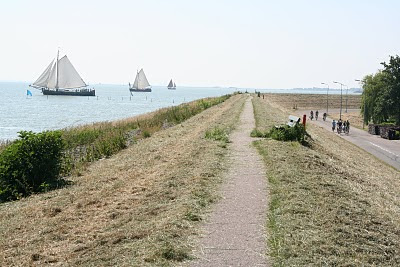 From atop a dike at Volendam. The land to the right is below sea level. It was a Saturday morning and everyone of all ages were out for bike rides. I would have loved to have biked through the countryside. 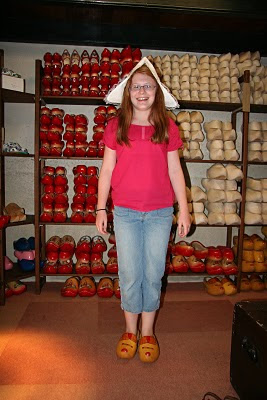 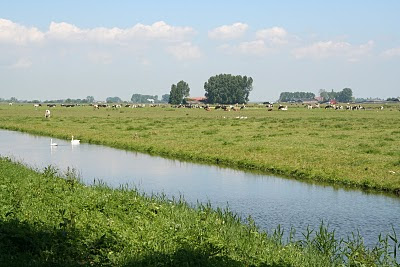 The pastoral country side of Noord Holland 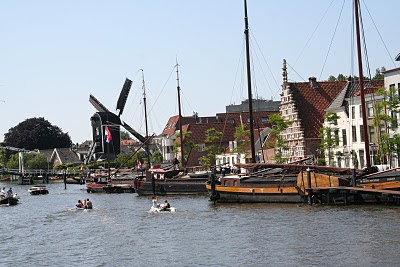 The city of Leiden where the pilgrims (including some of our ancestors) found refuge for 12 years before setting sail on the Mayflower. 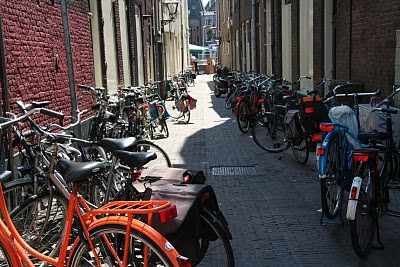 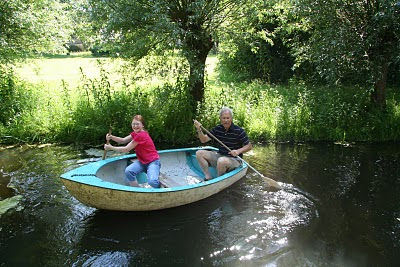 That evening we had a mini reunion at the home of Robert van der Vlis in Wassenaar. We served in Semarang together. He offered to take Sarah for a boat ride in the canal behind his home. I decided to join in and then Robert convinced a reluctant Frans Witte (we served together in Jakarta) to climb in. Robert and Frans were in the back and their combined weight sunk the boat too low. Water started to stream in and we started to sink. It was pretty funny. Frans jumped ship so the rest of us wouldn't have to get all wet. 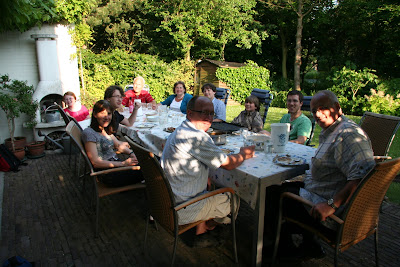 Frans is at this end of the table and Robert at the other end. Liesbeth Gout is next to Robert in the blue and white. Her father was my mission president. She was 11 at the time. I interviewed these three and got some great stories. Robert's story about a burned passport is a classic. We ate and visited and watched slides from 4-11 (all the while the USA was losing in the world cup). It was a delightful evening. 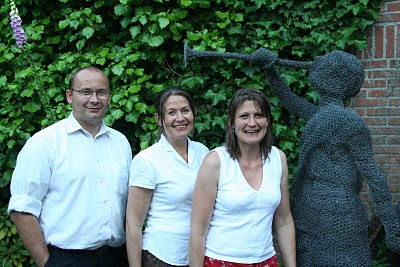 Next morning we drove north in hopes of meeting Sister An Gout. We were told that she may not be willing to meet with us. We got no response on our first attempt knocking at her door and searching through her nice gardens, so we drove 30 minutes to Groningen to church to see if by chance she was there. She was not, but we did catch the last 20 minutes of Sacrament meeting. Afterward we met Holly Seeholzer's son who is serving his mission in the Netherlands. We then drove back to the village of Peize and this time Sister Gout came to the door. She doesn't remember a lot, but she did remember enough to make it all worth while. My hope now is that by meeting with me she will be willing to dig out copies of her husband's missionary journal to share with me. We then drove to Kampen where we met with more of the Gout children--Victor, Karin (the sculptor of Moroni) and Sandra were interviewed. While we visited, Sarah played with two of the Gout granddaughters who were both 11. 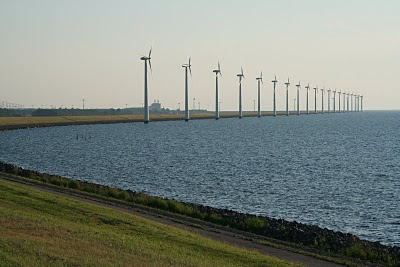 Driving back to Amsterdam that evening we passed the large dike protecting the polder (sea claimed land) of FlevoLand. The dike was built, then the water pumped out which then provided much more flat agricultural land for the Netherlands. 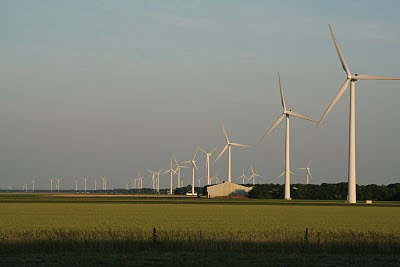 This polder land was once below the sea. It is still below sea level. 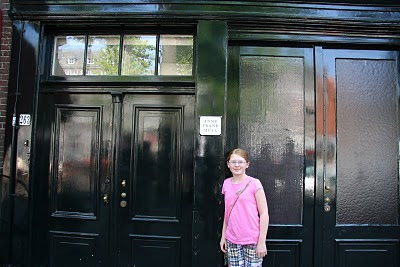 For our last day we saw the sites in Amsterdam. In school this year Sarah's class read the play about Anne Frank. They performed parts and Sarah had the part of Anne, so our first stop was the home of Anne Frank. Very interesting and very sobering. 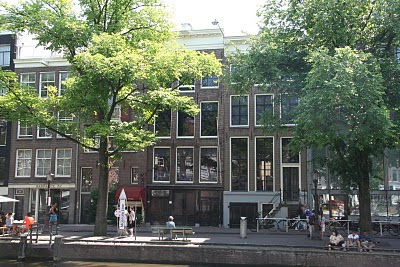 The Anne Frank home is three windows wide and directly in front of the sunlit bench. 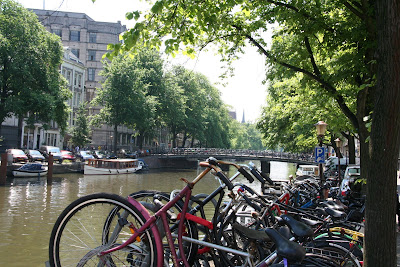 Bikes and canals-typical Amsterdam. We visited the Van Gogh Museum and Rykes Museums (many Rembrandts). 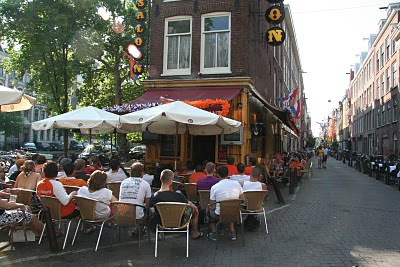 By 4:00 pm the streets were quiet as everyone gathered in pubs and restaurants to watch the Netherlands win its game against Slovakia. 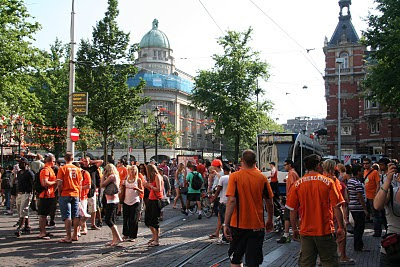 Then everyone poured out into the streets to celebrate the victory. We stood in line for a McDonald's hamburger for Sarah which we then took into an Indonesian restaurant where I enjoyed my third straight night of delicious Indonesian food. 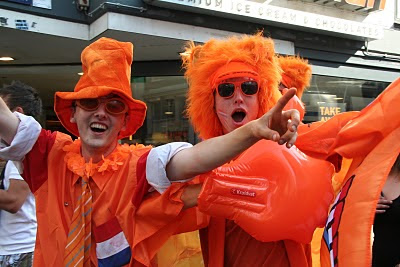 These fans were probably even more excited to beat Brazil (sorry Brian and Ben). Joel and Will now sport orange soccer jerseys and black shorts.
Posted by chad at 11:57 AM