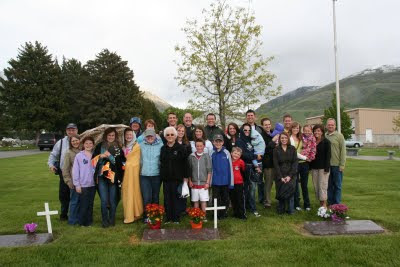 Sunday May 29th at the Brigham City Cemetery in front of the graves of Bill and Veara Fife. Their Daughter Norda in the center is surround by her five sons (sorry you couldn't make it Mary) and their wives, children and grandchildren. Bill Fife served in France during WWI. 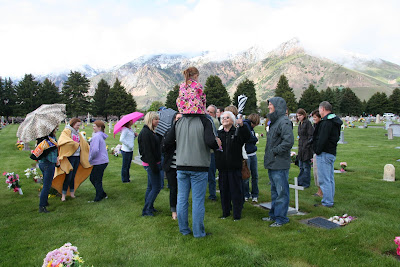 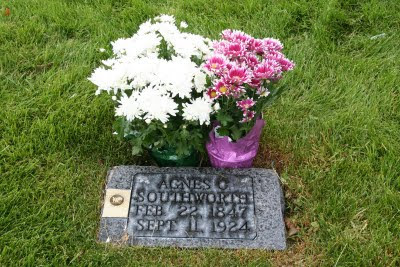 Veara's mother and Norda's grandmother, Agnes Caldwell Southworth had faith in every footstep as she crossed the planes from Scotland in the Willie handcart Co. with her widowed mother Margaret Ann McFall Caldwell. 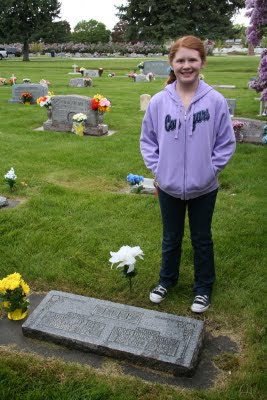 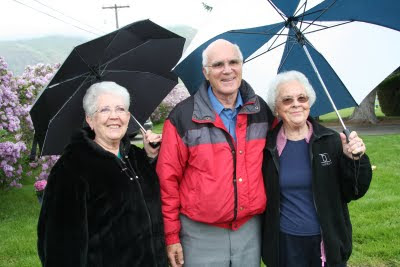 Norda Fife Emmett with her first cousin Scott Fife and his wife Ruth. 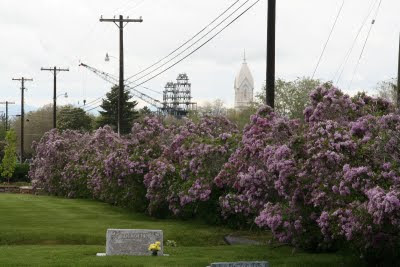 The view of the Brigham Tabernacle and the two steeples of the under-construction temple from the cemetery. 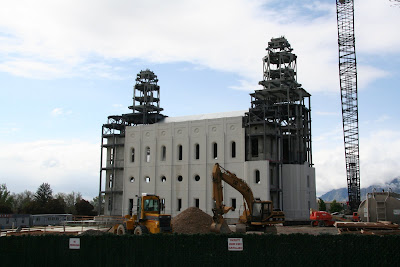 The Brigham City Temple. Built on the site of Norda's elementary school and two blocks east of her childhood home. 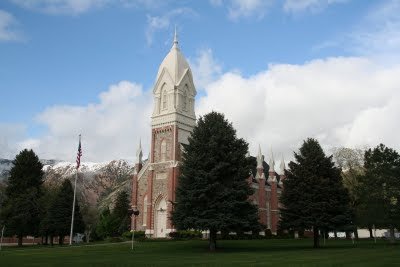 Across Main Street to the east from the temple is the Brigham City tabernacle-always a favorite. Notice the new snow on the mountains. 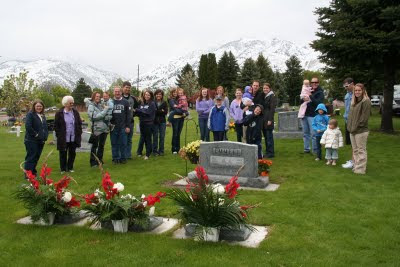 Memorial Day 2011 at the grave site of John William Emmett in the Logan Cemetery. 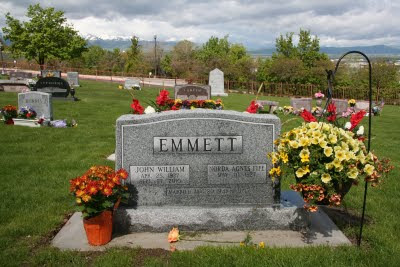 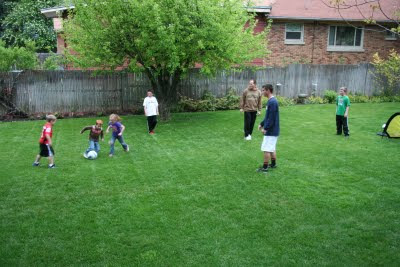 Backyard soccer fun with the cousins.
Posted by chad at 1:24 PM