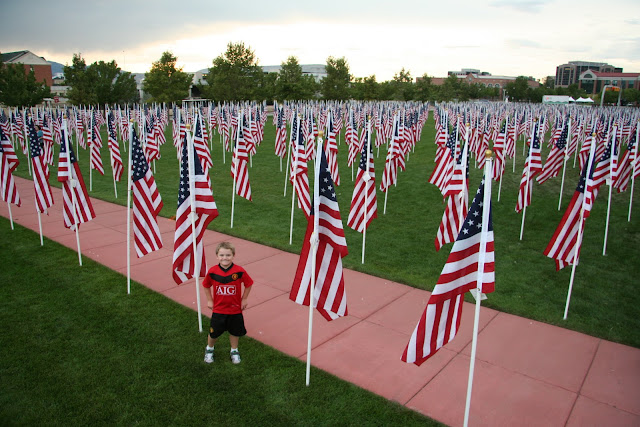 Following a cancelled-because-of-lightening soccer game for Joel in Sandy, we enjoyed a visit to the September 11th memorial where a vast lawn (this is only one half of the flags) covered with one flag for every person who perished on September 11th. Very impressive and very sobering. 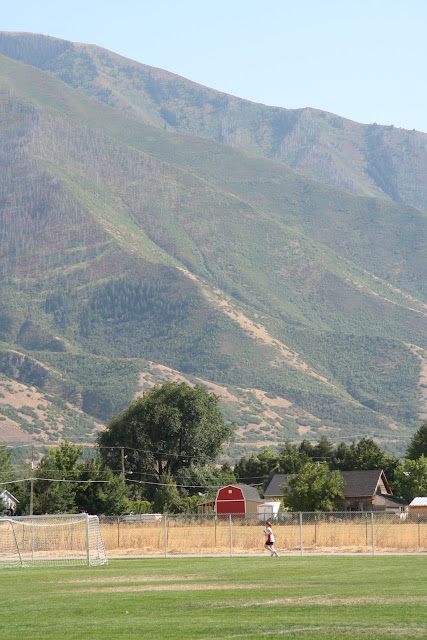 Sarah decided to join the Springville Jr. High cross country team. She has practices after school and meets on Thursdays. She isn't the fastest, but she finishes every time in fine form. Here she is running at Mapleton Jr. High 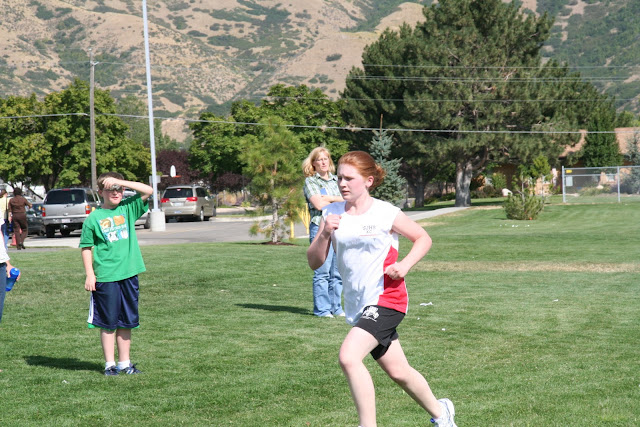 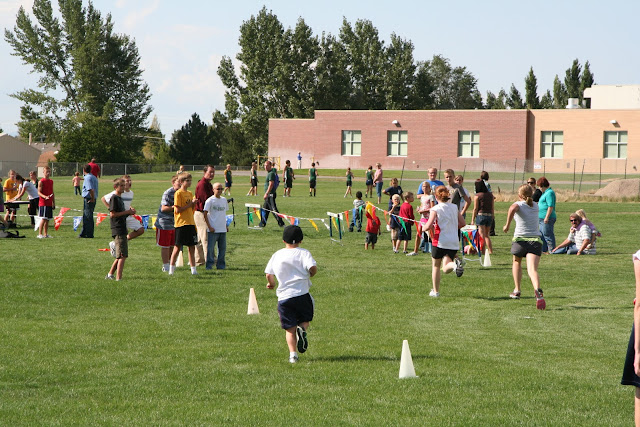 Will running along as Sarah reaches the finish line 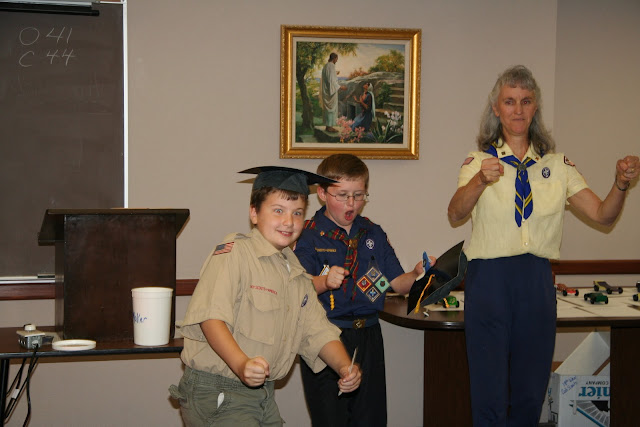 Joel and his friend Daniel giving a cheer after receiving their Webelo badge and their Arrow of Light Badge. 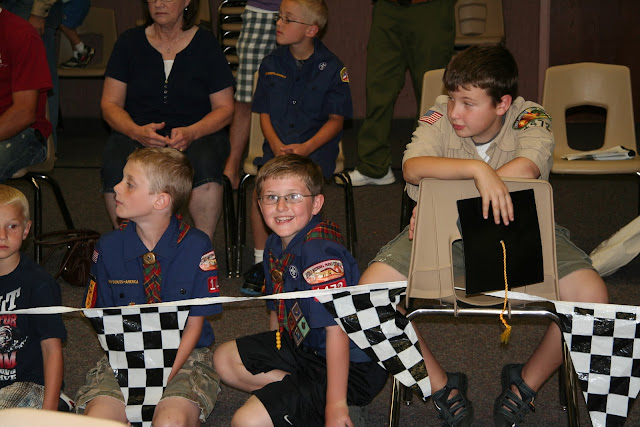 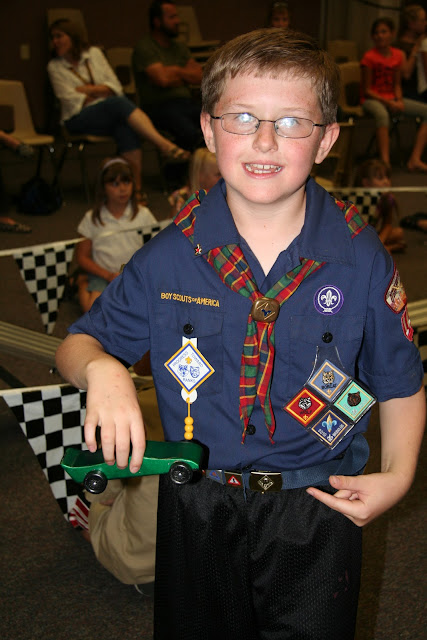 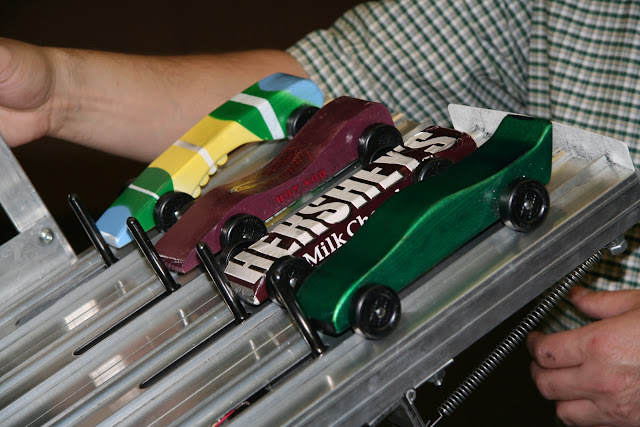 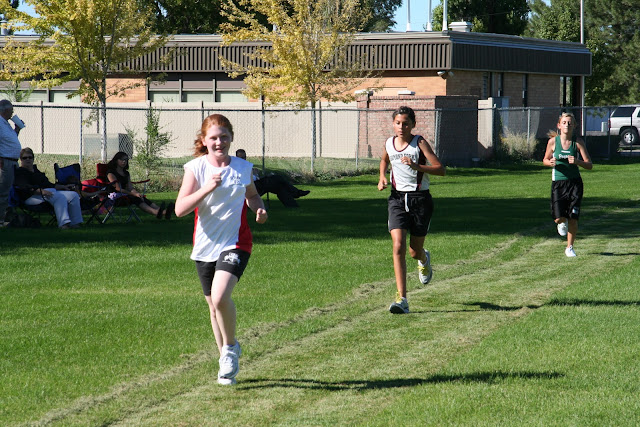 Another meet in Payson. 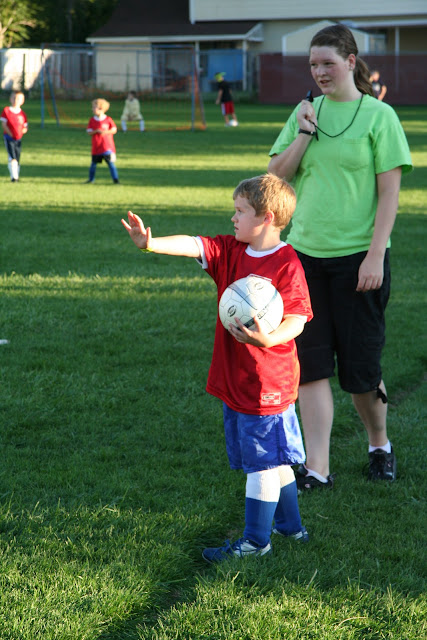 Will's final soccer game. Getting ready to throw in the ball soon after scoring his team's only goal. 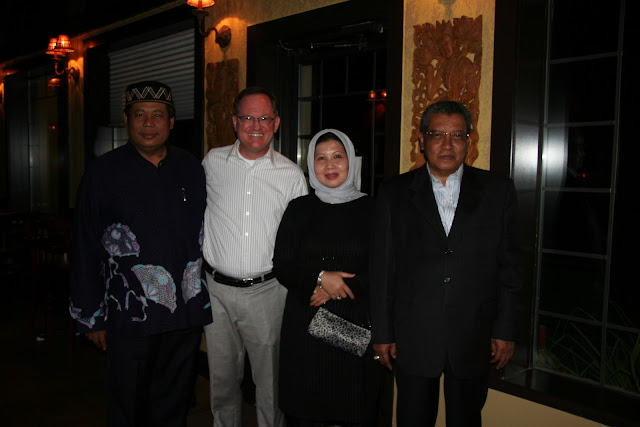 I helped host Indonesian guests at the BYU Law and Religion Symposium. Theses two men are the General Chairman (Dr. Said Aqil Siroj on the right) and General Secretary (Marsudi Syuhud on left) of Nahdlatul Ulama-- a Moderate Muslim organization in Indonesia that has 71 million members. NU's former chairman was Abdulrahman Wahid who after being elected President of Indonesia invited President Hinckley to visit Indonesia--which he did. They were missing rice and so I took them for Thai food along with five Indonesian speaking students. 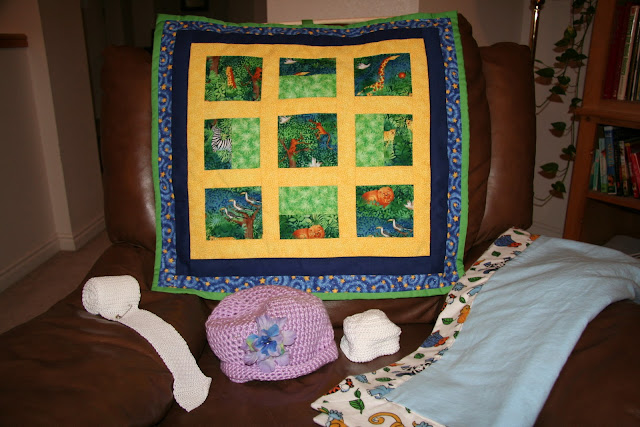 Marie has been busy this year. She, along with a thousand other Relief Society Sisters in our Stake, hand crafted hundreds of items to donate locally and around the world. Marie's contributions include: piecing and quilting a wall hanging for an orphanage, binding a baby blanket, and crocheting a tropical sore (leper) bandage, a cancer hat (already being used by a cancer patient in our stake) and a premie hat. 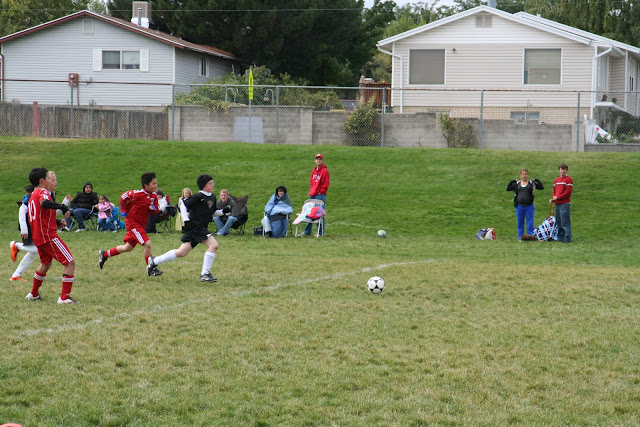 Joel has been playing club soccer with HC Storm this fall. The team's first win came with the help of this goal from Joel. Breaking Away. 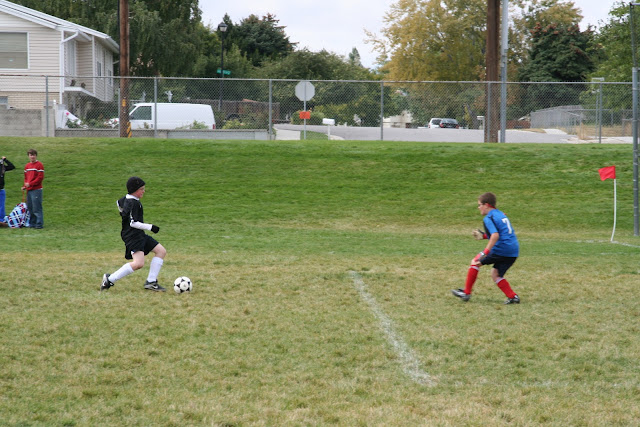 Dribbling in for the shot. 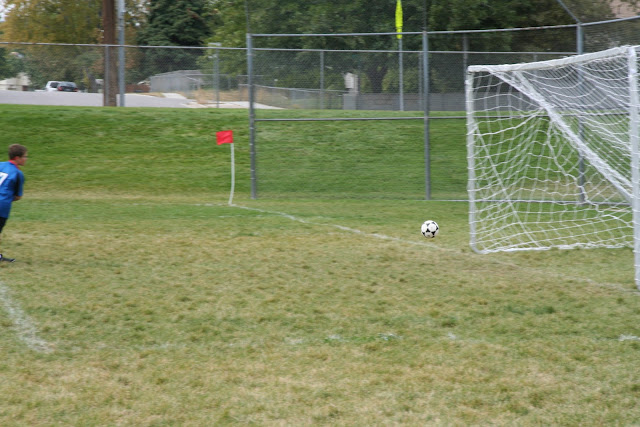 In it goes. GOAL. 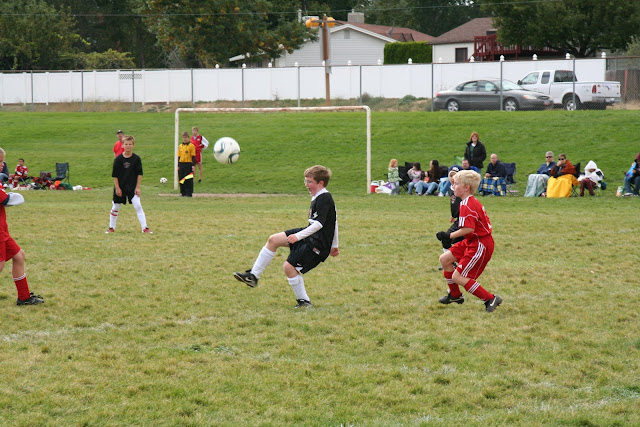 Joel is an enthusiastic, happy player. 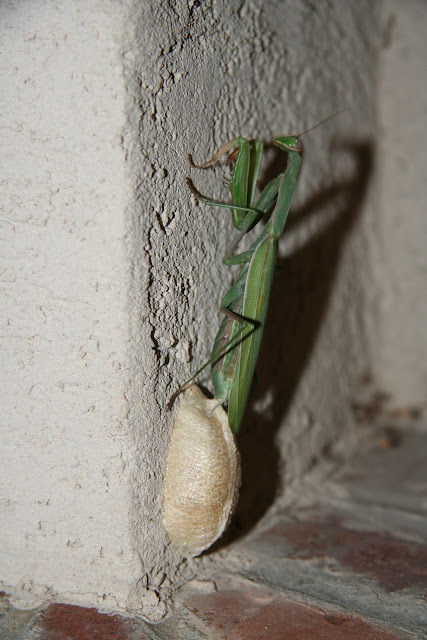