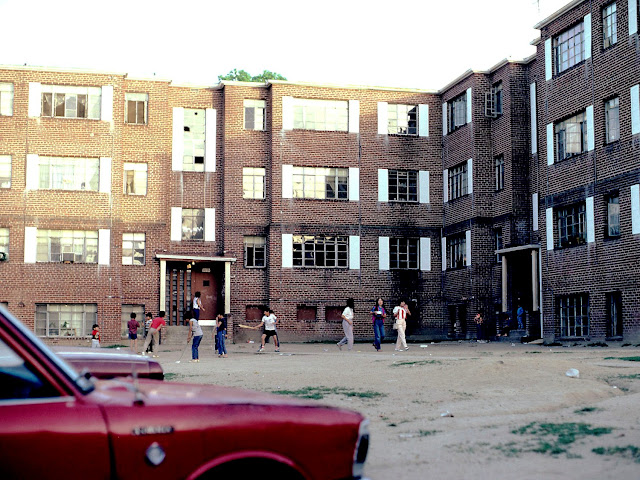 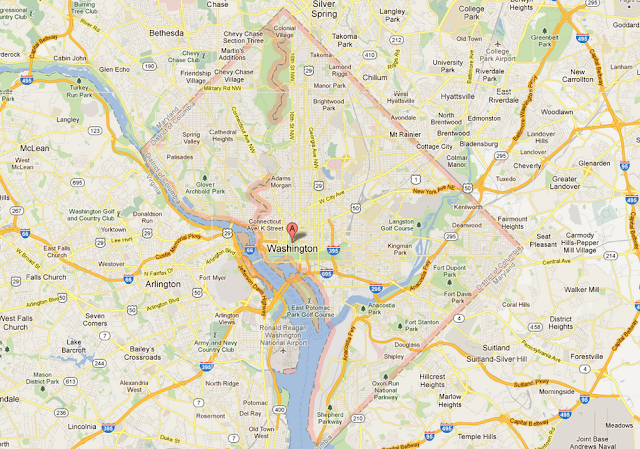 Another Home
By Chad Emmett

The smell of the stairwells was familiar, but not pleasant. The penetrating aroma of spices and filth reminded me of mission days in Indonesia. This, however, was not Asia, but rather a crowded apartment complex in the Washington D.C. suburb of Chillum. I had just been called to serve as the assistant coordinator for the Southeast Asian members of the College Park LDS Ward and it was my first night visiting the members. As I followed the missionaries that rainy February 1983 night from one apartment to another they just smiled as my senses adjusted to the unfamiliar surroundings. 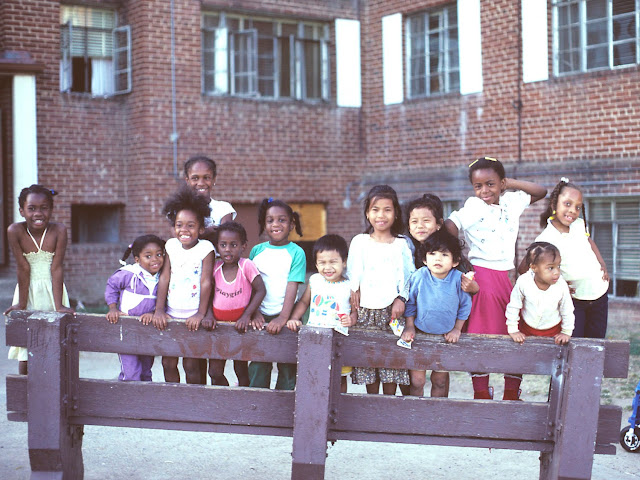 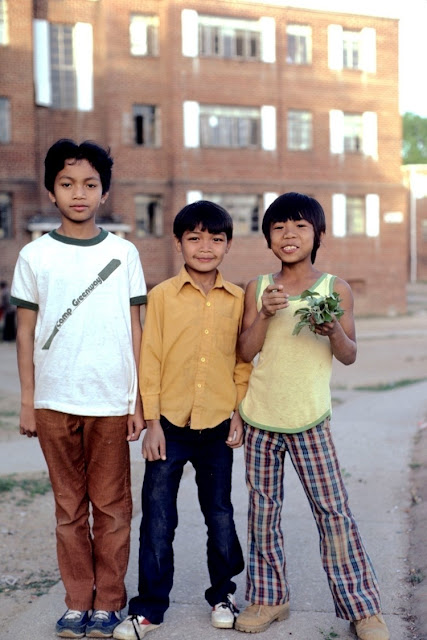 Chillum was the first home in America for many of the Cambodian, Laotian and Vietnamese refugee families arriving in the Washington area. It seemed as if each of the many three story buildings in the complex housed at least one apartment full of Asians—usually two or three families or up to ten people per two bedroom apartment. The apartments were cheaper than most and therefore attracted a mixed assortment of residents, mostly refugees, immigrants and low income families all struggling for a start. The crime rate was high necessitating double patrols of county police, the swimming pool had not been filled for years and liter and broken glass covered the remnants of lawn turned to dust by the pounding feet of countless playing children. I could see that Chillum was not a place I would want to call home.
I had recently moved from home and schooling in Utah (I was 27 years old and had recently graduated from BYU with a MA in International Relations) to a suburban Maryland apartment complex which was much nicer and about 25 minutes from Chillum. I was just getting settled in the singles ward when I was called to serve in the rapidly growing and understaffed Asian Program. 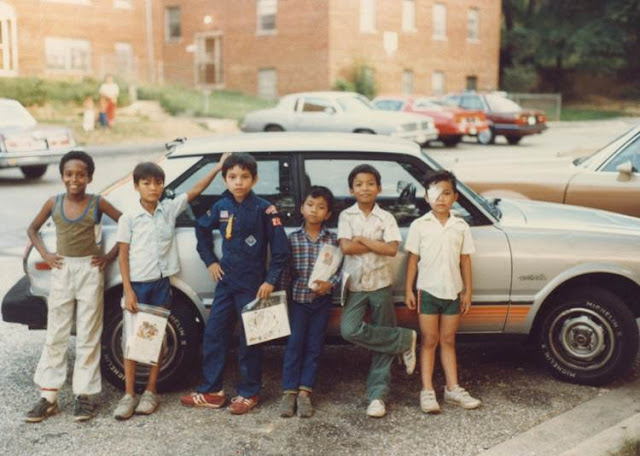 Driving was to be my first and never-ending assignment. Few of the members in Chillum or other similar neighborhoods had cars. Public transportation was limited and also expensive for the large families on low incomes so ward members would take turns helping transport the Asian members and investigators to church meetings and activities. Each Sunday morning, cars and highly prized vans would pull into Chillum’s central parking lot while the missionaries would round up the growing flock. Cars were viewed not by make, but how many Asian members they could carry. When necessary my tiny Toyota Tercel could carry six Asian adults or up to ten children. 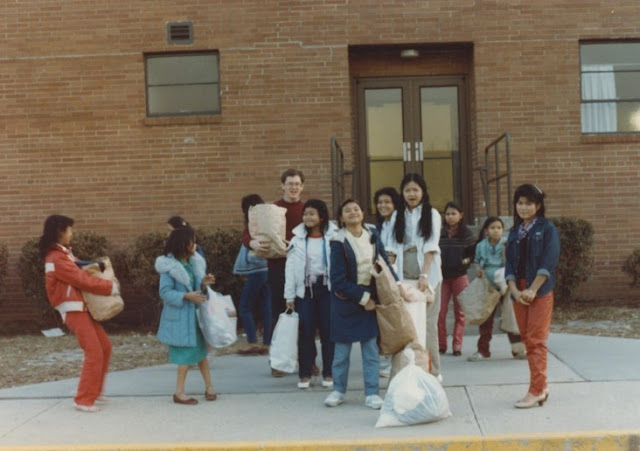 During the ten minute drive from Chillum to the chapel I would try to teach a little English, learn a few Cambodian or Laotian words, practice a primary song with the children, visit with those who spoke enough English, or just try to learn names. One Saturday, while driving the Im family to their Baptism, I was proud to be able to learn the names of five daughters – Rom, Ry, Ran, Run, and Rith. Matching the names with the faces, however, was a continual challenge.
Another assignment was to organize summer activity nights in the park and winter volleyball nights—complete with two nets running from hoop to hoop  in the cultural hall. The Chillum children and youth were delighted to get out for an evening and enjoyed sharing that fun with their non-member and recent immigrant friends. Members from the singles ward would often help drive on activity nights. They patiently endured driving multiple trips to and from the mob of children waiting in Chillum’s parking lot. When finished even the most hesitant of drivers would smile contently, with many asking when the next activity night was so they could help again.
Baptisms were help almost weekly and soon the ward was unable to sufficiently meet the needs of the Asian member so a separate branch was formed. I was called to be the second counselor.
As membership grew so did the needs. About half of the branch members lived in Chillum which had a constant influx of refugees coming from the camps in Thailand. Many nights after work were spent gathering and distributing clothing and furniture to members and their recently arrived friends. 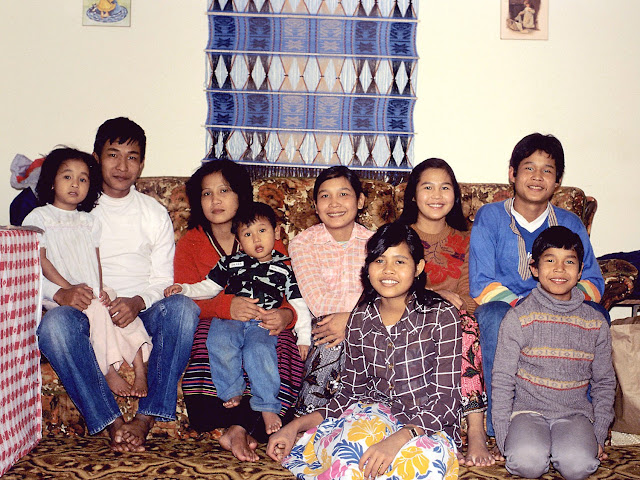 One night a good brother, who owned one of the few pick-up trucks in the stake, helped deliver donated beds and furniture to the bare apartment of a recent immigrant family. While resting I motioned for him to peek in at the four children sleeping peacefully on a blanket spread across the hardwood floor of an otherwise empty room. Obviously touched by the experience, the owner of the truck volunteered its use for what was to be many future hauls.
There were many different reasons for visiting the members in Chillum; providing transportation to Sunday meetings, activity nights, branch parties and baptisms; teaching English to adults and tutoring youth; delivering furniture; home teaching; visiting members; or walking the young women to their apartments after late night stake dances. 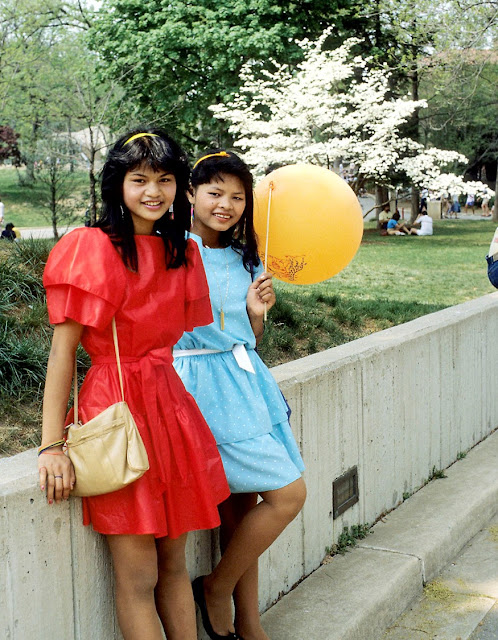 When I returned home to Utah for Christmas vacation I had been serving with the Asians for eleven months. It had been a busy time and I was looking forward to seeing my family, skiing and resting. The two week absence and the comforts of home made me almost forget Chillum.
A few days after my return to Maryland I set out for Chillum to help one brother prepare a talk and a sister to prepare a prayer for sacrament meeting. As I turned on to familiar Chillum Heights Drive, I unconsciously began to smile. I had recently visited my childhood home and then returned back to my comfortable apartment, but driving into Chillum that day, almost one year after my memorable first visit, felt more like coming home than the two previous homecomings. I was amazed at the feelings which had developed. I started to laugh as I drove into the central parking lot thinking I must be crazy to find joy in returning to run-down, impoverished, crime-ridden, pungent Chillum. 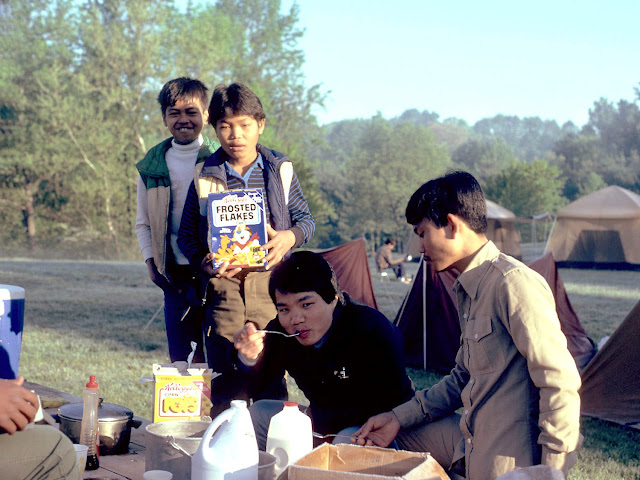 Then I reflected on all the experiences, both good and bad, which I had had serving and associating with the Asian member in Chillum. I had relished eating food similar to that enjoyed in Indonesia. I had laughed at the crazy Kung Fu movies the kids loved to watch. I had found beauty in the walls decorated year round with Christmas tinsel, plastic flowers, pictures of the temple and the Savior, and paintings of their homelands. I had delighted when slides of fruits common to Indonesia and Cambodia formed an unspoken bond between non-English speaking parents and me, all of whom knew how delicious the tropical fruits were. I had smiled when grandmothers acknowledged my bow and formal Cambodian greeting (jimbripsua) with a bow and a smile. I had felt proud when mothers mastered basic English skills. I had sorrowed for the extreme suffering they had all experienced in Southeast Asia and for the struggles they were now encountering in a new country. I had feared for the members knowing that there had been recent murders, rapes and robberies in the neighborhood. 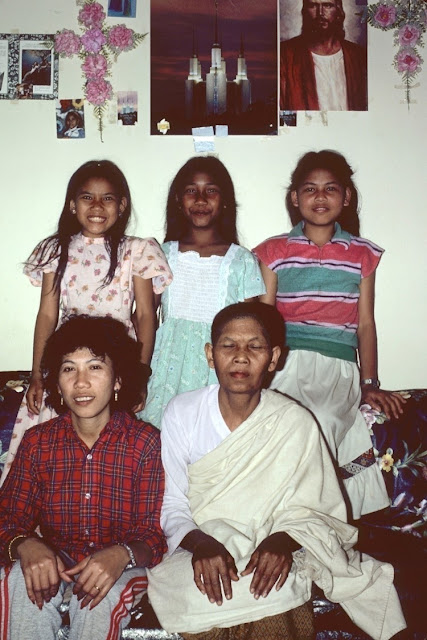 I had beamed when a widowed mother of three darling girls said her first prayer in English at church following an evening of coaching from her daughters and me. I had nearly laughed out loud when the front row of eight year old Chillum boys spontaneously broke into applause, followed by the rest of the congregation, at the conclusion of a beautiful Sacrament meeting musical number by the visiting High Councilman and his family. 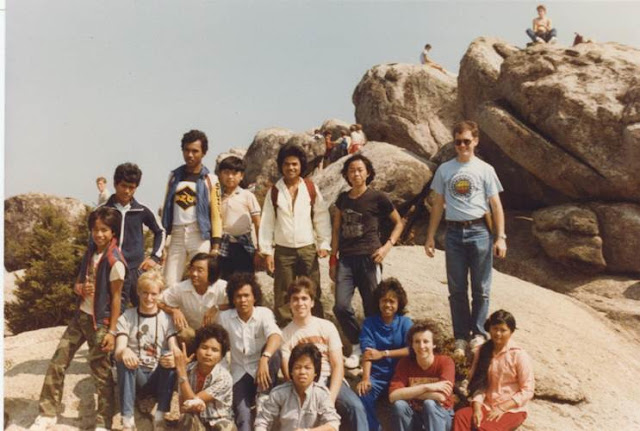 I had also chuckled when, after months of trying to get the Priests to wear ties to church, one Priest finally came out to the car wearing a tie for a Saturday youth hike in the mountains. I had enjoyed the often chaotic volleyball nights and ward parties. I had felt satisfaction in knowing families had sufficient clothing and household furnishings. I had known sadness in hearing unkind remarks about the new Asian members from non-Asian members and I had felt frustration in recognizing so many spiritual and temporal needs with insufficient resources to draw upon.
Through the months I had given what little I had—time, interest, love and a small car—and in return I had reaped great joy. Chillum and the crowded apartments full of brothers and sisters I had come to love had become another home to me. 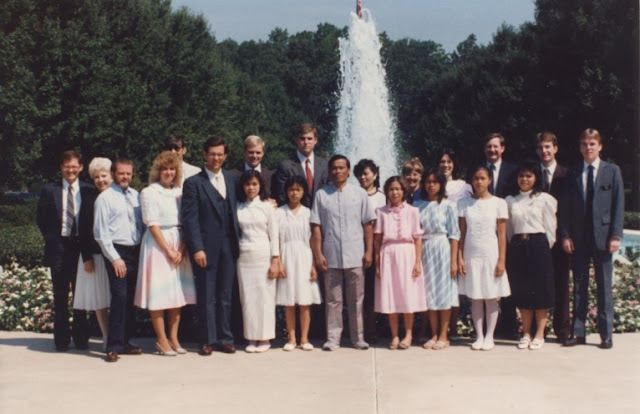