Merry Christmas from the Emmetts (ala Sarah) 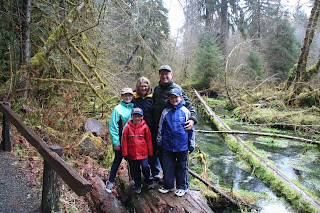 Dear Family and Friends,
This is Sarah, the oldest and only girl of the Emmett clan. You have probably been wondering “why is Sarah doing the blog? I liked Chad’s informational and educational blogs!” so I’ll tell you why Sarah is doing the blog. Over the past 7 years my parents have only sent 2 Christmas cards. Exactly. This is not actually a blog… it’s an intervention! Yes. Mom and Dad, you have Christmas card problems and that’s why I’m here, to right the wrong! So Family and Friends sit back and enjoy. The first Christmas card in 3 years is nigh! (Narrated by yours truly)

Our Family is doing fabulous! Chad is doing very well in his career and has actually started to write his long awaited book (a history of the church in Indonesia). He was just called as teachers quorum leader and is having a great time learning how to shoot guns and build rockets.
Meanwhile Marie has been living a life of leisure. On one Tuesday she managed to leave and enter the house 8 times in a row to take us kid to various soccer/ volleyball/ piano practices. Recently, she has also been knitting and crocheting to her hearts content. Our house is now equipped with more (very well knit) dish clothes than we will ever need. And Will is now sporting a pair of blue and purple slippers.
Sarah (13) is involved with choir, piano, cello, cross-country and many other involuntary extra-curricular activities. Although her brothers are football-soccer-anything- with-a-ball-fanatics, Sarah only manages to get 20th place in a district cross-country meet. She still enjoys writing poems but has yet to find anything that rhymes with orange. 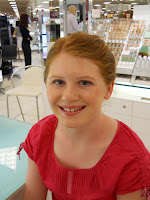 Joel (11) is doing stupendously in all areas he is involved in. He scored a grand total of 6 goals in his soccer season which is more than anyone else on his team. Joel also got his Webelos and Arrow of Light in cub scouts and completed his final pinewood derby with a “groovy” metallic green car. He also succeeds in his social life. Walking down the hallway many kids he does not know say hi to him (a lot of which include girls).

Will (7) is still as precocious as ever but amid his many strong-willed outbursts he still finds time to shoot hoops and kick anything that rolls. He is “the fastest runner in the whole grade” and has many friend who he enjoys playing Wii with.

All and all 2011 has been a marvelous year for the Emmetts and 2012 is looking even better (I’m counting on Disneyland).
So, did I do well with the Christmas letter? Are you enlightened? Amused?  Informed? However you’re feeling, I, Sarah T. Emmett on behalf of the whole Springville Emmett family would like to wish you a Merry Christmas! (And a happy new year).