My recent post on brakes (actually timing belt) going out inspired me to re post (published/buried in my stay-cation blog post from last year) my previous encounter with failed brakes. It was much more exciting! 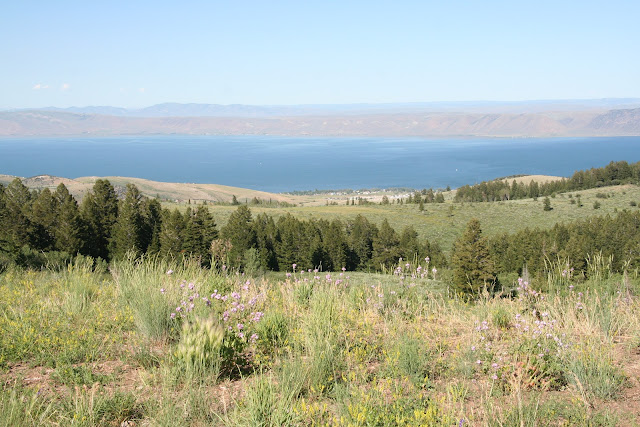 The fateful curve is the third curve east of the overlook on the above map, just before leaving National Forest land. It has a long straight section leading up to it

One of my best friends growing up in Logan, Utah was Kirk. His father Tom was a gruff brick mason who built a family cabin on the shores of Bear Lake. Once a summer, Kirk would invite me to spend a weekend with his family at the cabin. I remember one summer driving to the cabin in the family station wagon with Tom and Donna, their teenage daughters Tana (my piano teacher) and Teri, sons Kirk age ten and Greg age 8 plus pet dog Bing. We left Friday evening and began our hour drive through Logan Canyon. Once over the summit we began our descent into the Bear Lake Valley down the winding switchbacks. I was in the far back of the car with Kirk. At one point we realized that Tom was pumping the breaks, but nothing was happening. Then he started to down shift the car but we still kept picking up speed. The breaks were gone! In one last attempt to stop the car, Tom pulled hard on the hand break which broke off into his hand. I can still remember looking forward and seeing Tom with the brake handle in his hand and no brakes or gears to stop the accelerating car. Coming up in a few hundred yards was a sharp 90° turn to the right. The turn skirted a steep drop off. If we didn’t soon slow down we would for sure go flying off the drop off—most likely to our deaths (ala Thelma and Louise). Before we had too much time to panic or think of our impending death, the car all at once jerked off the road to the right and up a gentle incline full of sage brush along a seldom used jeep track. The car soon rolled to a stop and we were safe. Later Tom told us that over the years as he drove through the canyon and down the switchbacks he would take note of side roads and turnouts with the specific intent of knowing where he could turn off in time of danger. He had noticed the jeep track on previous trips and remembered it in the midst of dealing with brake failure. Tom had planned ahead and then followed that plan to save his family. Tom and Kirk then hitched hiked down into town where they borrowed a pickup truck to then come and retrieve the rest of us. Us three boys all happily volunteered to ride in the bed of the truck, but Tom and Donna said it wasn't safe so all seven of us and the dog Bing (a hyper-active black and white pointer) crammed into the cab of the truck. As we headed down the rest of the switch backs, Bing started to pee. Teri thought it was Greg shooting a squirt gun and told him to quit. Greg denied doing such a thing. It was then that Teri figured it out that the water was coming from Bing. 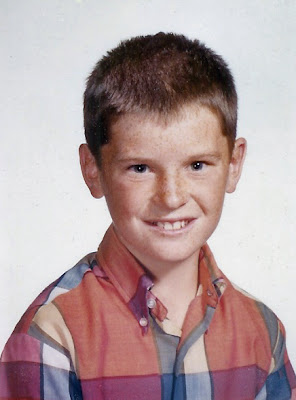