Well, I'm proud to announce that this year we almost got into the planning stages of our (supposedly) annual Christmas Card. Unfortunately by the time we had any sort of an idea it was already half way through December and we gave up. So of course, the duty of a remedial Holiday Letter fell to me, Sarah, the eldest child. Things have been doing pretty well for our little family,

Dad (Chad for the rest of you) has been working hard at his job at BYU.You might have seen some Facebook posts about his latest book, "Sex (as in gender) and World Peace". Shortly after it was published he was asked to give the Mother's Day talk in Sacrament Meeting and brought the house down with a watered-down version of his book.

Mom (Marie) recently applied for a new job as a teacher's aide at Brookside, the elementary school Joel and Will attend. The next day she got a call from the principal asking her when she could start. Confused Mom asked the principal "Don't you need an interview or something?" The principal's reply was "Hello! Harvard degree!". Mom has also been monitoring the progress of her sister Diane's new house up Provo Canyon. 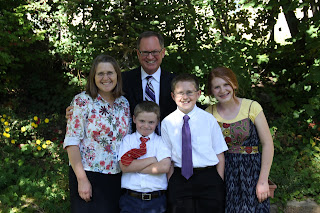 Sarah (me) has been struggling through ninth grade, which in Springville is just one more year of Junior High. (oh, joy!) She participated in the school musical, Thoroughly Modern Millie, and played the role of Ethel Peas, the poor country girl who is stuffed into a laundry basket and sold into "White Slavery" in scene 3. In a spur of healthy living she also joined the cross country team and was extremely proud to say that she never walked or threw up in any of the race. (Both options were tempting.) 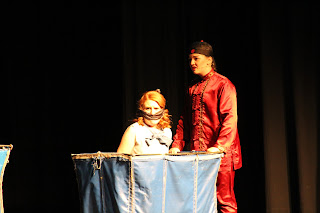 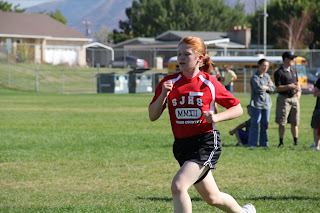 Joel is in sixth grade this year and has proved to be much more of a hit than his older sister by getting elected School President. His most noble duties include collecting recycling and announcing the assemblies. He also played soccer for the local club team HC Storm. They only won 5 games but Joel managed to score 4 hat-tricks and ended with a total of 21 goals. 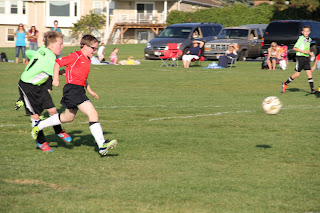 Will continues to be Mr. Popularity of his second grade class and has been getting better at reading, but still does not enjoy it. His older brother and sister have been wondering if he inherited the wrong genes. Will has also been playing a lot of soccer. His team went undefeated this year and plans to do it again. We're also wondering about his genetics in the athletic area because he at the age of 8 he can already out do his brother and sister in pull-ups by a ratio of 5:0. 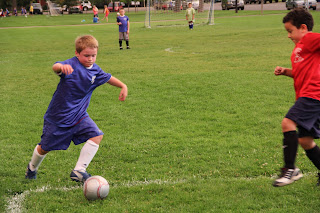 Well, sorry that this card couldn't come by mail, and we're also sorry that I (Sarah) wrote it. In addition to the musical I have also been developing my sense of sarcasm. Merry Christmas, and don't expect a card next year either, if there is anything we Emmett's are, it's consistent. 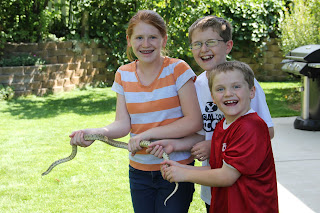