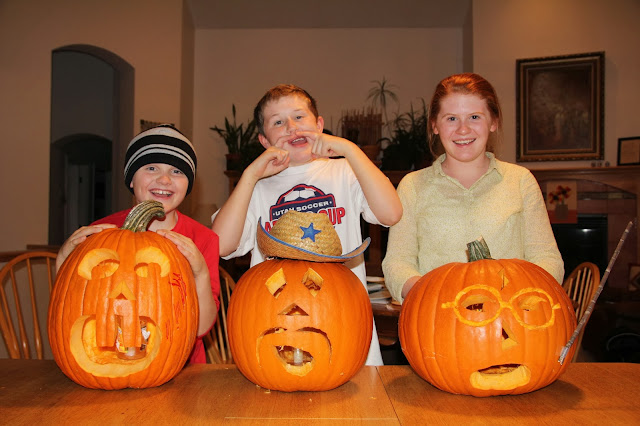 If it is the Monday before Halloween (that pagan holiday) then it must mean our Family Home Evening activity is carving pumpkins. 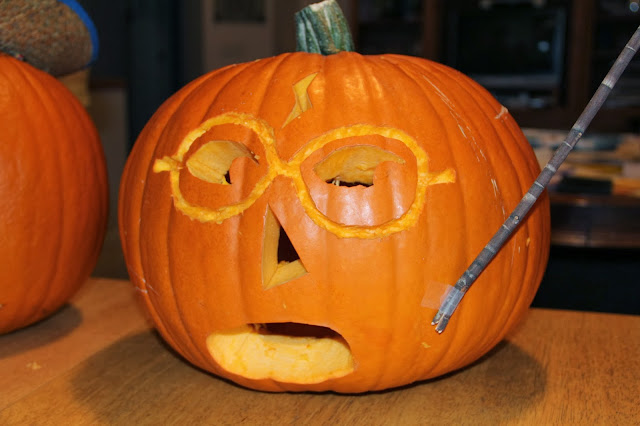 Sarah's Harry Potter with forehead scar and wand. She carved out the glasses with a small dull knife (she cut her finger on Saturday carving a pumpkin at her friend's house). 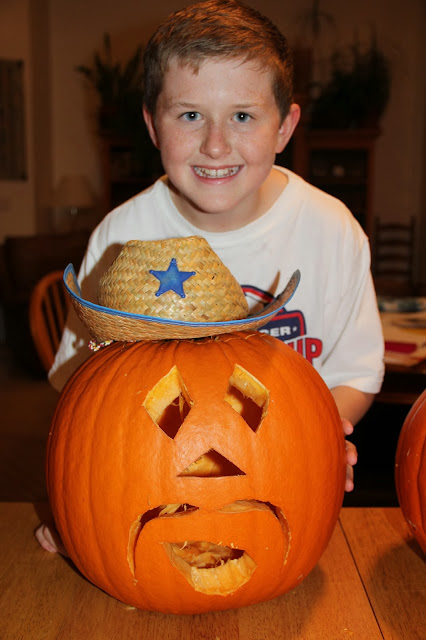 Joel's pumpkin was the thickest, hardest pumpkin I have ever carved. We were going to let Joel do the carving this year, but there was no way we were going to let him lose with a knife on such tough skin.  After carving the mustache I tried to carve an oval  mouth, but each puncture of a knife led to lateral cracks so I ended up following some of the cracks. 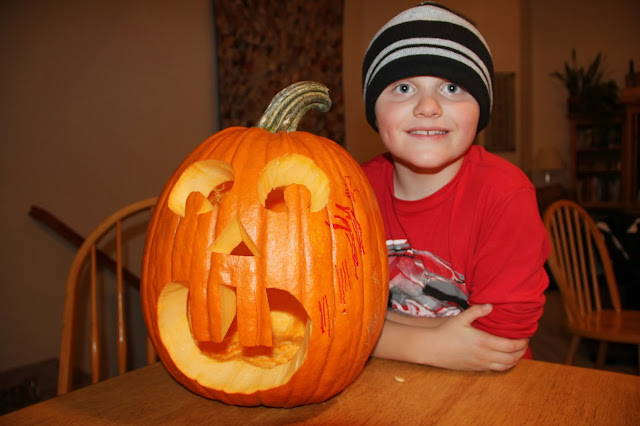 Will came up with the idea of big buck teeth and then added some blood on the side. 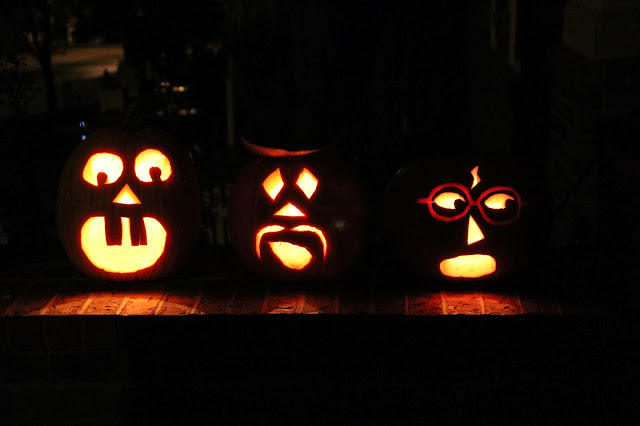 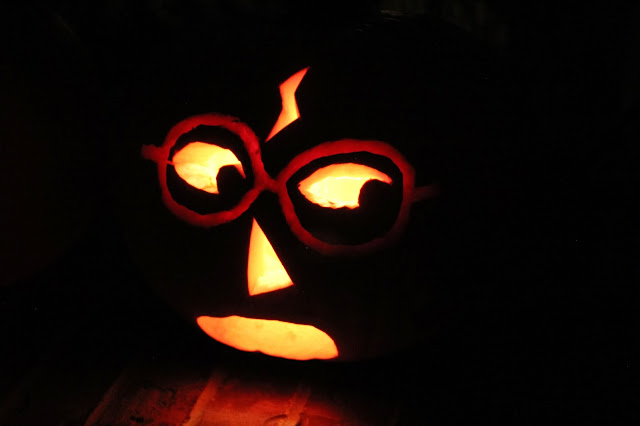 Very cool how the light shines through the partially carved out skin to make the glass frames glow. Great idea and carving Sarah! 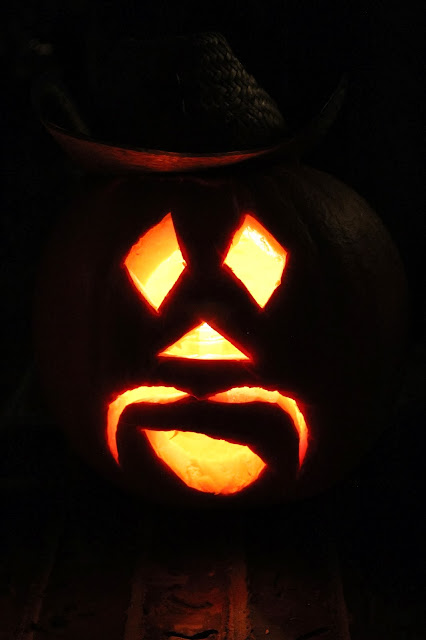 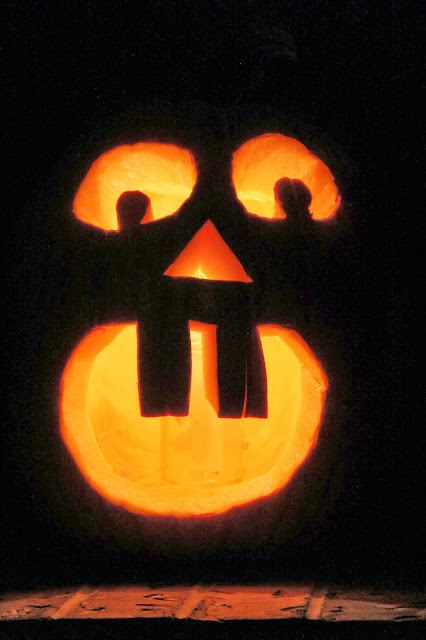