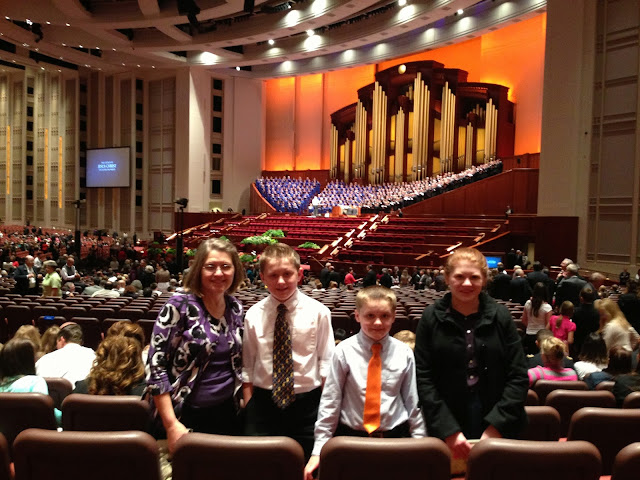 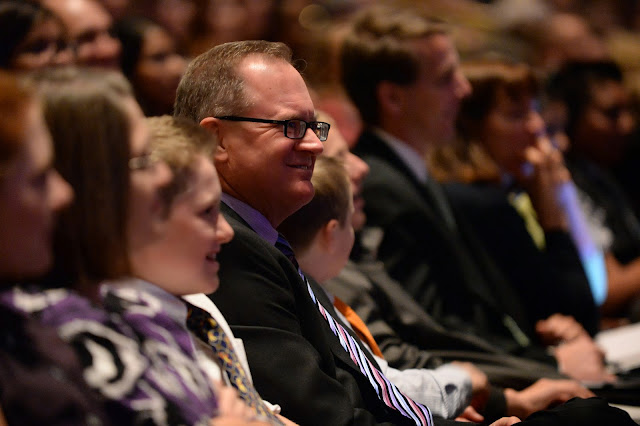 Today the Emmett family was able to attend the Saturday morning session of LDS General Conference. It was Marie and the kids' first time attending a live session of conference. We loved the music and talks, and felt joy in being gathered with so many fellow saints. One of the talks that resonated with me was Elder David A, Bednar's talk about tithing (click here to listen to it). Marie's comment was that when he announced his topic she wondered if there was anything new and interesting to be said about paying tithing. Turns out there was. Elder Bednar's two main points were: you will be blessed for paying tithing, but not usually in big monetary ways, and the Church wisely manages the tithing funds.


To illustrate the blessings of tithe paying he told of his mother-in-law who dutifully kept a simple ledger of family expenses over the year. At one point she noticed that over time the family's health expenditures were much lower that normal. She attributed that financial blessing to paying tithing. While he told this story a photo of the ledger was shown. That reminded me of my own tithing ledger. 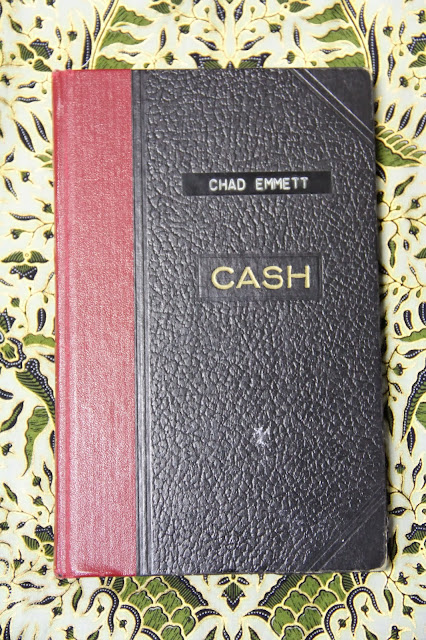 In 1966 when I was 9 1/2 years old, my dad gave us children our own personal ledger to record our income and tithing in. Since then I have used it to record every penny I have ever earned and every cent of tithing I have paid on all of those earnings. 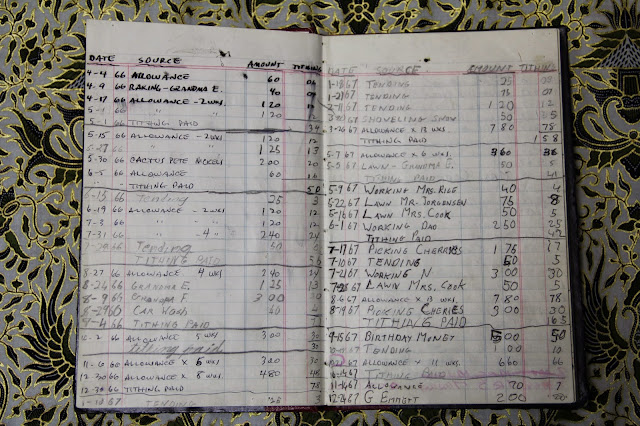 The first entry, as penned by my dad in his neat block printing, was for my allowance of 60 cents. This was the first time any of us kids had received an allowance and I believe it was instituted for the sole purpose of getting us in the habit of paying tithing. These allowance payments were quite sporadic and ended the next year. Next I earned 40 cents for raking leaves for my Grandma Emmett. My first tithing payment was on May 1, 1966 in the amount of 34 cents.

One of the more unusual entries was on May 30 when mom and dad gave me $2.00 in rolled nickles from Cactus Pete's Casino in Jackpot, Nevada. I had always thought that I had payed tithing on gambling winnings (something discouraged in the handbook of instructions), but mom has since informed me that when couples from their study group visited Jackpot they were given rolls of nickels to get them started in the slots. Mom, who gave up gambling as a child in the 1930s after she put a penny in a slot machine in Snowville Utah and won 50 cents, kept her rolls of nickels as a gift for her children.

The summer of 1967 was when I started mowing lawns for widows in the neighborhood. Mrs. Cook payed me 50 cents for her small yard and Mrs. Murray 75 cents. Dad kept all us boys in the lawn mowing business by providing gas and upkeep on the two big, tough, orange Jacobson lawnmowers that serviced our big yard and the yard of many in the neighborhood (including the parents of Elder Quintin L. Cook). 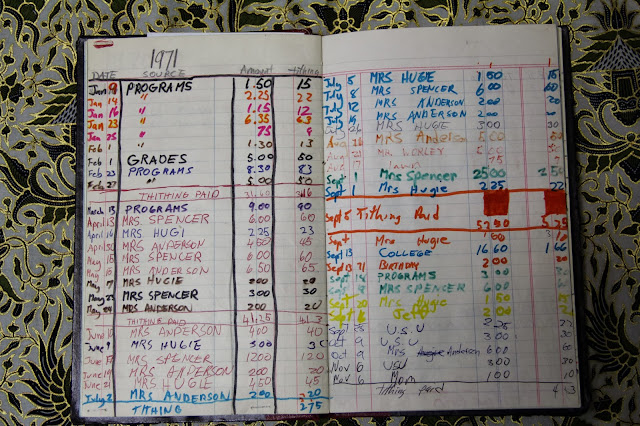 By 1971 I was mowing more lawns for more pay and I was also earning money by selling programs at USU basketball and football games. I soon moved on to bagging groceries at Smith's Food King and then Macey's Farmers Market followed by a short stint at the Del Monte cannery in Smithfiield just before my mission. 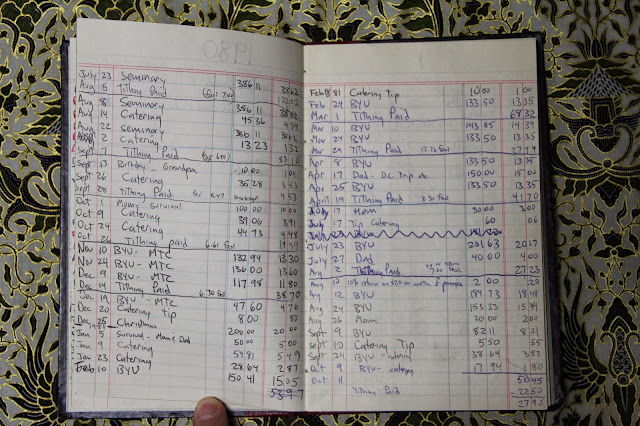 These entries from 1980-1981 show receipts from my job as a seminary teacher at Viewmont Seminary in Bountiful (I started that job in January on the tails of two other teachers who each lasted for only one term each) and from my jobs while a graduate student at BYU where I worked for catering serving food at banquets and from my short lived job teaching Indonesian at the MTC. I taught two groups of elders who never got their visas to Indonesia and were re-assigned to Scotland and Australia. Since there were no more missionaries being called to Indonesia, my job ended.

The entries continue through my two year job as an Indonesian linguist with the Department of Defense, working at the University of Chicago Bookstore during my first year as a PhD student, my year teaching at DePaul University and my 21 years teaching at BYU.

Like Elder Bednar I have a testimony that blessings do come from paying tithing, but usually not in terms of great monetary gain. I have always been employed and our family is well cared for. We may not be able to afford the newest cars or the best TV but we certainly have sufficient. Elder Bednar's talk made me think about how tithing has blessed my life. In addition to being steadily employed (at a salary that allows for such extras as club soccer fees, piano lessons and ski passes), there have been blessings and opportunities that come from being a BYU professor (a chance to take the family to Jerusalem for a year, taking Sarah on a research trip to Holland and the whole family to professional meetings in Seattle, good insurance and the opportunity to teach evening Indonesian classes for some extra income) and there have been extended family members who have shared with us their homes, their pools, their boat, their hand-me-downs, and have given great gifts.

I am the only one of my siblings who has continued to use the tithing ledger into adulthood. I now treasure it as a history of my work and of my tithes. A few years ago I gave our children a similar ledger. It remains to be seen if they catch the vision of keeping a record of such things. I at least hope it has helped them start down the road of being a faithful tithe payer.