A few years ago David and Janice Lange (plus three of their daughters) moved into a home at the bottom of our street.  Dave was a bicycle buddy of my brother Bob in So. California so that provided our first connection. Soon we were called to serve as home teaching companions. Then in August 2011 I was called to serve in the Young Men's program (working with the Teachers/Varsity Scouts). Dave was the Young Men's president so every Wednesday, Sunday and on weekend camp-outs we got to interact. Last spring Dave was diagnosed with testicular cancer. He cheerfully endured months of chemo. Yesterday, September 28th, his body gave up the good fight. His untimely passing has sent a shock wave of grief up the street (which has known too much of cancer) and throughout the ward.

Here are some photos of Dave Lange in action over the past two years: 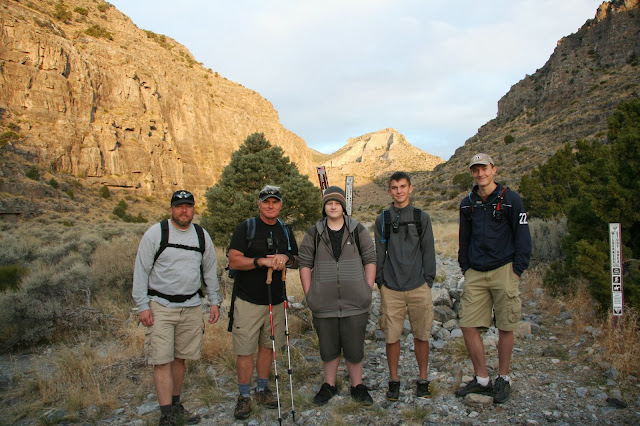 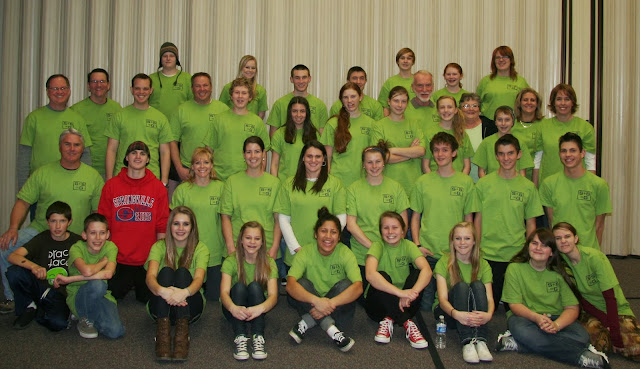 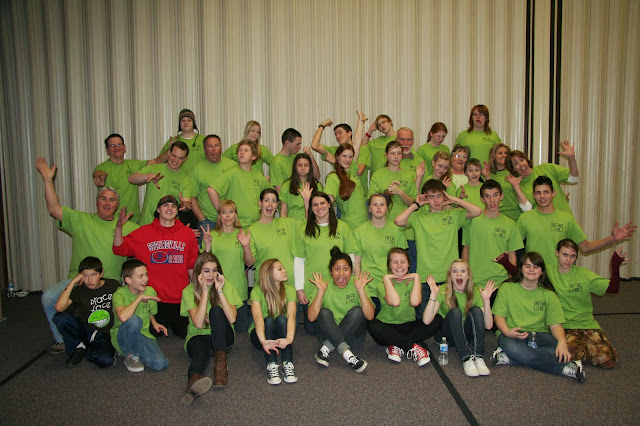 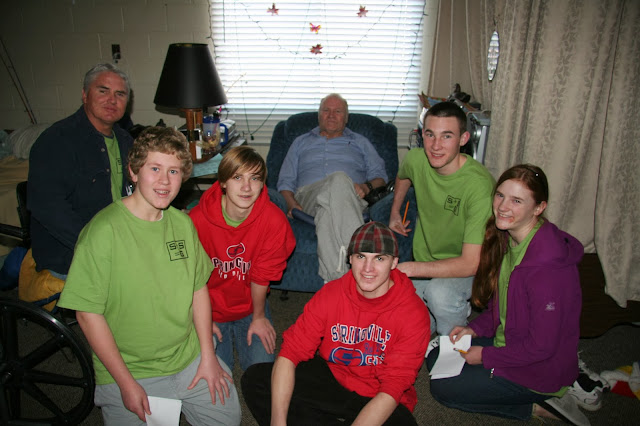 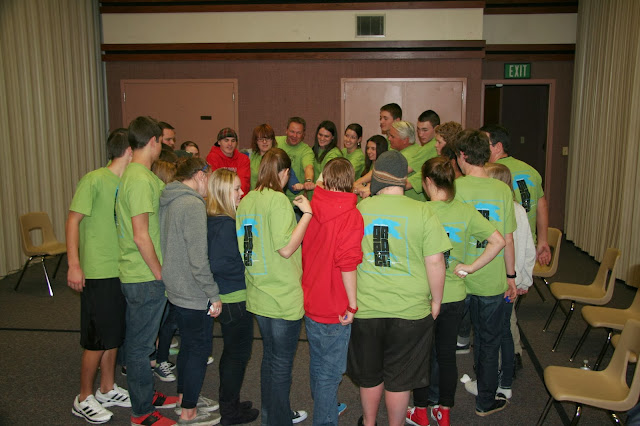 Every youth activity would end with his signature Hawaiian chant of IMUA (forward, charge, go forth, carry on). 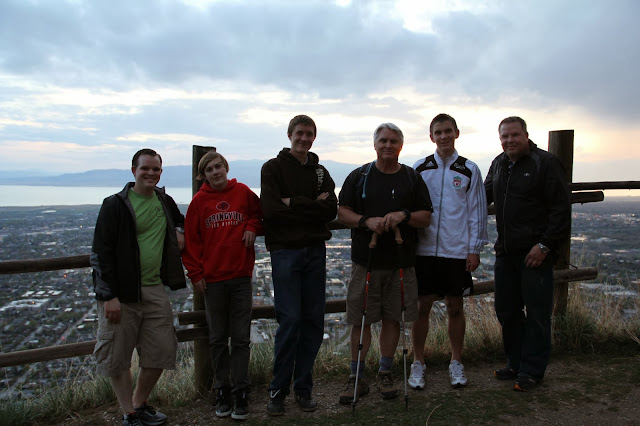 Spring 2012, hiking the Y for a Mutual activity. 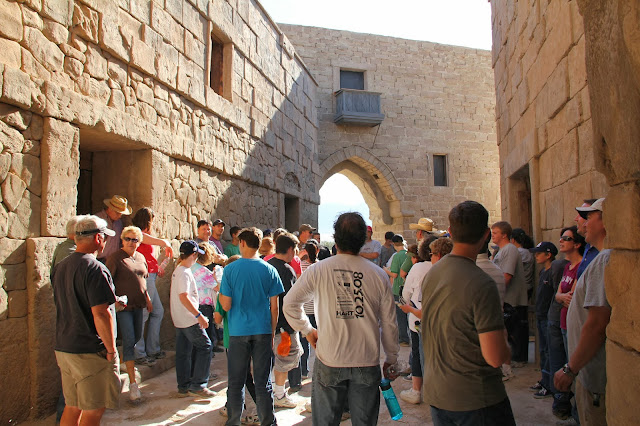 Summer 2012 visit to the LDS set of Jerusalem in Goshen, Utah 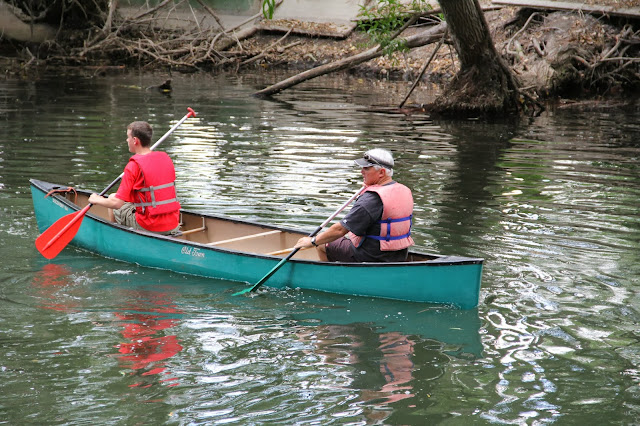 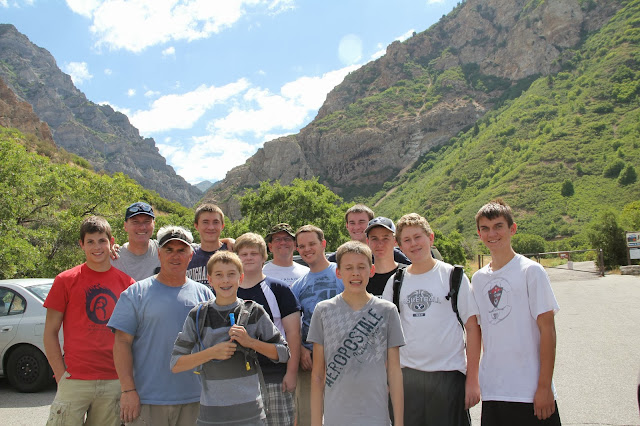 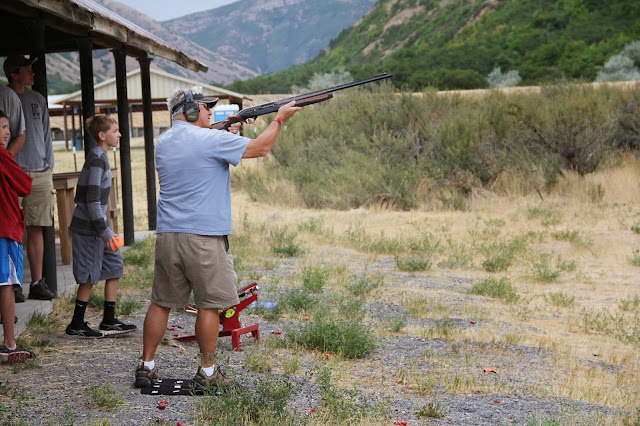 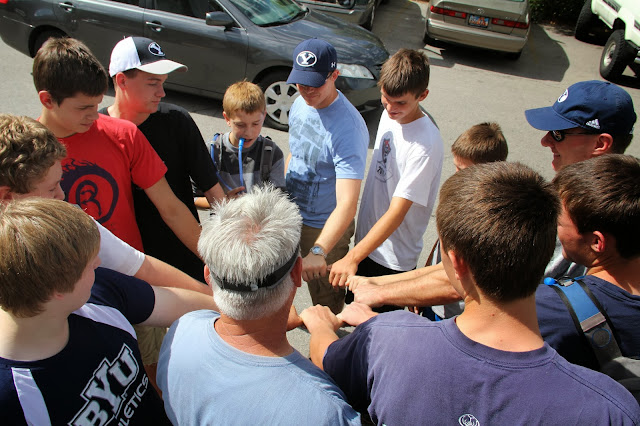 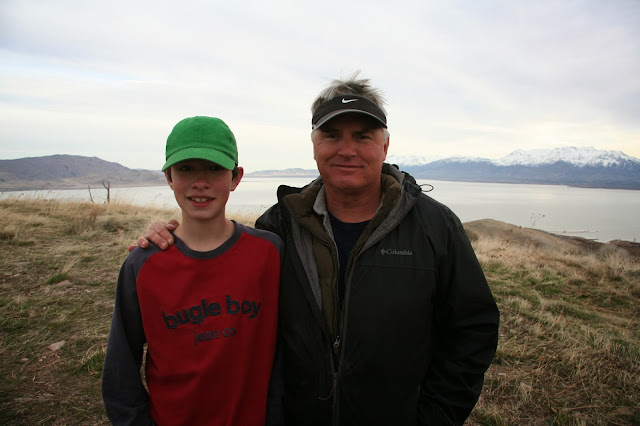 Spring 2012 campout on West Mountain. Dave was the most prepared for the cold and wind (four layers), Noah was the least prepared (one layer). 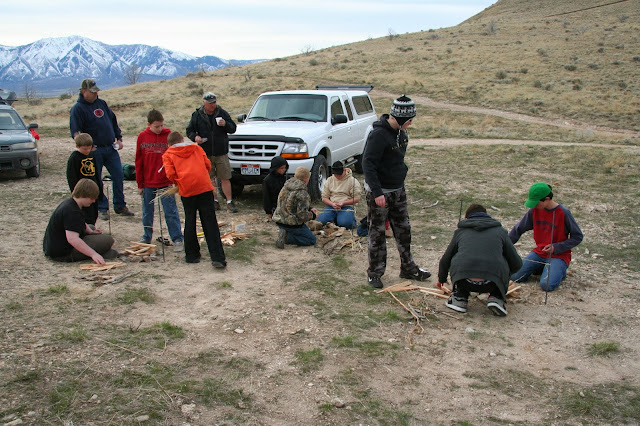 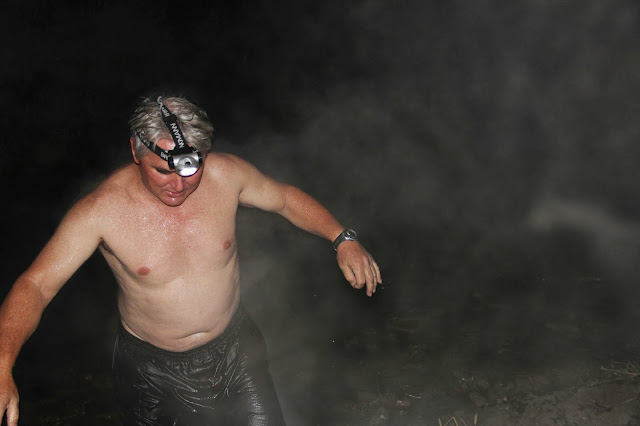 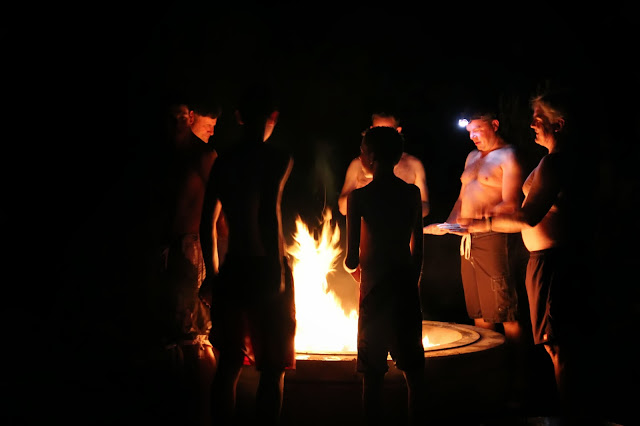 Drying off after the sweat lodge and icy stream dip. (Dave is on the far right).


Today in priesthood meeting the Teachers and Deacons plus their leaders met together for a lesson. In place of the assigned topic (keep the commandments, which for the Deacons was a planned lesson on the Law of Chastity, which Joel was happy was preempted), I led a discussion on the topic: "Lessons learned from David Lange." Here are some of the things that were mentioned:

David honored his priesthood by faithfully serving in his callings.

David loved his family and worked hard to provide for them and to teach them. While sitting next to him one Friday night at a volleyball game for the young women in the ward David explained how much he enjoyed coming to watch his two daughters and wondered why more fathers weren't doing the same thing.

David had a zest for life. He loved fishing, shooting, biking, surfing, skiing, playing racquet ball, rock climbing, reading, etc. He was also competitive, measuring fish to see who caught the biggest, challenging the young men to see if any could beat him in racquet ball (none could)...

He loved to learn. When he moved to Utah he decided to take up fly fishing so he enlisted help from friends and then practiced casting in his back yard.

He played the ukulele and sang songs.

He loved the youth. At his suggestion and diligent work he made sure that there were monthly firesides. To make sure these events were inviting to youth he arranged to have them held in a warm, inviting home with refreshments and with casual clothing the standard dress. He was a master at teaching which included searching for just the right story, video clip or image to illustrate his point.

Dave made everyone think they were his best friend. He did this by actively trying to find common ground and connections. With some neighbors he would talk hunting and fishing, with me it was biking, gardening and skiing. With a woman we home taught it was learning about and accepting her non-traditional beliefs that included numerology, astrology, mysticism and the mother goddess.

He was a great neighbor. When our globe willow fell he came with his chain saw to help clean up, when the Ash boys had soccer games or baseball games, he would show up unannounced to cheer them on.

He had an infectious, distinct laugh.

His signature knock on the door was to ring the bell multiple times in quick succession.

He was never idle. He was always busy learning a new skill, developing a new hobby, visiting at length with friends (while his truck idled), preparing a fireside lesson or a campout activity.

When interacting with youth he always stressed that there was a time for "goof and giggle" and a time for "listen and learn."

Youth activities always ended with a "scout master minute" in which David would help them to draw out spiritual application from whatever they had been doing (spud derby, just dance, rappelling, hiking).

He loved to have the right gear for the right activity and he was always willing to share that gear.

Today in testimony meeting, a tearful Joel told about one of his interactions with David. A few months ago Joel went to collect fast offerings from the Lange family. When David (then going through chemo) answered the door he took the opportunity to inspire the two deacons. He told them that whenever he was in the service of the Lord he would roll up his sleeves as a sign to the Lord that he was a willing worker. Joel now rolls up his sleeves when he passes the sacrament and collects fast offerings.

Marie and I fondly remember another impressive interaction between David and Joel. In August Joel was asked to give a talk in sacrament meeting about the scout canoe trip, which Dave had hoped to go on but was not physically able to do so (read the talk by clicking here). A weakened Brother Lange heard the talk from the back of the chapel. He was very impressed. Later that day, Janice knocked on the door to see if Joel was home. When we said yes she told us that David (who was waiting in the car and didn't have the strength to come alone or risk the effort to walk up to an empty home) wanted to talk to him. David slowly came in and sat down, then with tears in his eyes he told Joel what an amazing young man he was and that his talk was a perfect mix of humor and spirit and that it exemplified what the Young Men's program is all about--participating in a wide variety of things (like spending a week in a canoe) that will help us learn important life lessons. Thank you David!

One of my fond memories of David happened just a few months after I was called to serve with the Young Men. We were planning another November sweat lodge activity. David told me how the previous year they had heated limestone rocks but they cracked and popped when doused with water. He really wanted basalt because it retains heat and does not crack and shatter. At the time David was busier than usual and he didn't know where to go to find basalt or if he would have time to then go get it. I volunteered to see what I could do. I discovered the existence of Utah's black rock desert west of Fillmore. On a non-teaching day, Marie and I headed south where we loaded up the Subaru with basalt rock (to read more click here). When I unloaded the haul at the Lange home, David was impressed and touched (to read about the sweat lodge click here). To thank me, David came by a few weeks later and easily installed some bicycle hooks on my garage ceiling. It was a very nice gesture, I had neither the tools or know how to do such a thing. David refused to let me reimburse him for the supplies telling me it was thanks for supporting him in his calling.

Yesterday in our grief, Marie noted that David Lange would be someone our children would always remember. All three of them have had personal interactions with a busy man who has a large family of his own. Sarah knows him well from his help at girl's camp, from his firesides, from his fun activities at mutual and youth conference, and from her friendship with daughters Brooke and Annee.

Will's most memorable interaction with David was earlier this spring when the Young Men were cleaning up the yard of a widow in the ward. Will came along with me. In recent days, Will had been balking at wearing his bicycle helmet. I told David, with Will listening, of a discussion Marie and I had had earlier in the day about whether or not Will should be able to ride his bike down to the park with his friend. Without even knowing of our helmet kerfuffle, David turned to Will and said "I hope that no matter where you go on your bike you will always wear you helmet!" Score! David's emphasis on bicycle safety could not have come at a better time. He must have been inspired. That little talk by someone other than his dad soften Will's resolve.Thanks Dave.

I will miss David Lange and I will always be grateful for his friendship, his faithfulness, his service, his love and interest in the youth of the church, and for showing that it is OK for grown men to get choked up. Thanks to his family for graciously sharing him.