Not Your Typical Trek Talk, by Sarah 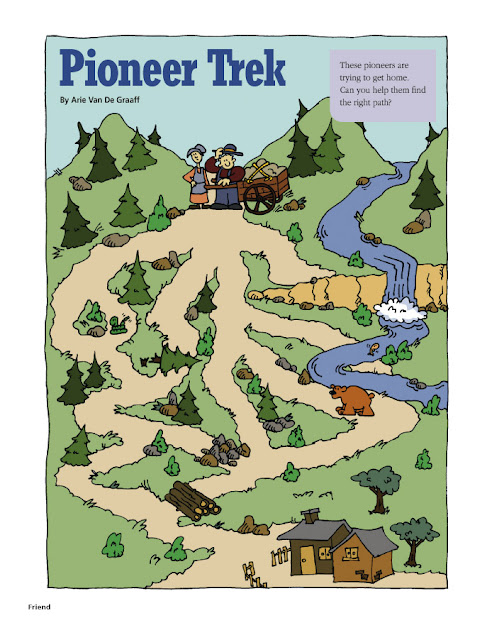 Today in the Spring Creek 18th Ward Sacrament meeting Sarah gave a talk about her experiences last week on the Stake Youth Conference one-day pioneer trek at This is the Place Heritage Park in Salt Lake City. http://www.thisistheplace.org/youth-groups/treks.html It was not your typical trek sermon. I thought she did a great job. 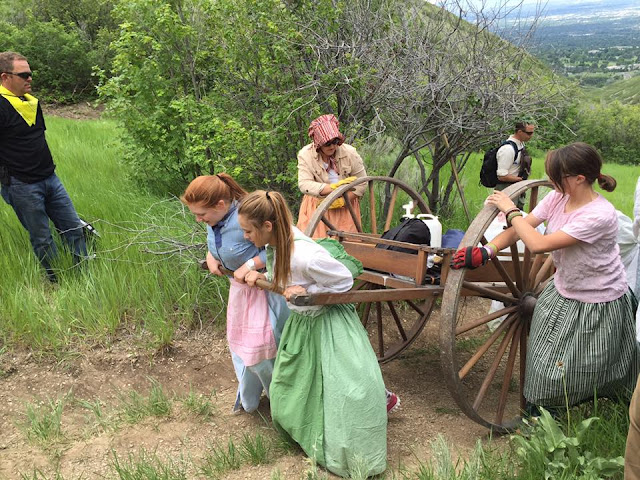 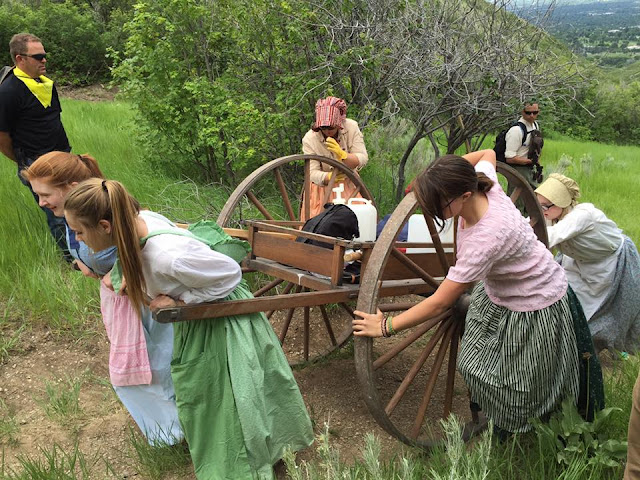 Hi, my name is Sarah Emmett. I’m going to be senior in high school next year. I’m also the assistant ward choir director, although I haven’t been here the past few months. I’m actually pretty excited to be giving this talk since the last time I spoke was back in my beehive days. The topic that I was assigned is “Overcoming trials through faith.” I’m also supposed to talk about our miniature trek that we did last weekend.

Trek in and of itself is a lesson in trials. The hills are full of conveniently placed rocks and logs. Members of our family are often proclaimed “Ill” and forced to ride in our already heavy carts for long periods of time. Our sack lunches have peanut butter, but no jelly. Yeah. Trek is hard. But I think the hardest part for me, and almost everyone else who went, worse than a lack of jelly, was the women’s pull. Do I need to explain or is the name clue enough? Good. There were lots of different reasons why the women’s pull was hard. We girls are a little more honest with each other than the boys when faced with physical challenges—and sometimes that honesty sounds a little like something dying. Even if we’re completely capable, this dying sound is always a little alarming to the brethren, who have a difficult time not helping us make it up the hill. Physical challenges, self-doubt and feeling-useless—all trials on the women’s pull, but my trial was a little different. From the moment I heard about the women’s pull I was a little uncomfortable with the premise of the activity. Do we women really feel so weak that we need a whole hill to prove our strength to ourselves? Do the men really feel such pain as they watch us make our way to the top? Isn’t the whole point of the gospel harmony and cooperation? Why do we need to be separate? These are just a few of the skeptical things I was thinking as we prepared for the women’s pull, but then the sister who was leading us gave us a talking to that diverted my questions for a while.

She talked to us about grit and the hundreds of gritty women who made their way to Zion without a man to accompany them. Grit is defined as: “courage and resolve; strength of character.” In the 1850s, and sort of still today, women weren’t supposed to have strength of character. They were supposed to be passive and helpful. The amazing thing is not that they made a thousand mile journey without men, but that they did it in a world where everyone but God told them that they were weak and incapable.  I began to remember some of our Emmett family story and it all sort of fell into place. Now indulge me while I tell some great pioneer stories.

My great-great-great grandmother Margaret McFall Caldwell ran a boarding house in Glasgow Scotland. She was widowed very early on and was left with the care of three sons and two daughters, Agnes and Elizabeth. When some missionaries stayed in her home she gained a testimony, was baptized along with her family and decided to journey to Utah with the Willie handcart company (dun dun dun!). Margaret’s oldest son joined the army on a dare and couldn’t get out before the ship sailed, so another Latter-day Saint woman joined the family. Once on the plains, another son broke his shoulder while trying to catch a wild cow. Margaret’s second son drove the supply wagon, so the job of pulling the handcart was left to Margaret, her nine and eleven year old daughters and Christina, the other women joining them on the journey. And they did it. Margaret’s daughter Agnes remarked “I have often marveled at the wonderful integrity of character of my mother’s planning and successfully completing such a journey where more able-bodied and stronger—yes, even men—failed miserably.” I guess I was so confused by the women’s pull because all of my family heroes happen to be women. In my mind there was nothing to prove. So here’s what I learned about overcoming trials through faith from my women’s pull and Margaret’s.

First, we need faith in God. If Margaret didn’t have a testimony of her Father in Heaven she would never have uprooted her family to settle a desert on the other side of the world. If I didn’t have a testimony of my Father in Heaven’s wisdom and understanding I definitely wouldn’t have gone on trek just to be pitied and observed by fifty teenage boys as I struggle up a mountain.

Second, we need faith in ourselves. There are lots of superficial ways to get faith in ourselves. We can have a boyfriend. We can wear more mascara. We can work out more-- but those don’t cut it when things get really tough. What we need to have is faith in ourselves which comes inherently from our faith in God. We are His children. We can do anything through him. No matter what. And when we fail to dig in and keep going we have the Atonement of His son Jesus Christ to make up for whatever we lack in grit.

I would like to close with the scripture Helaman 5:12, one of the few scripture masteries I actually manage to remember—for a reason.

"And now my sons, remember, remember that it is upon the rock of our Redeemer, who is Christ, the Son of God, that ye must build your foundation; that when the devil shall send forth his mighty winds, yea, his shafts in the whirlwind, yea, when all his hail and his mighty storm shall beat upon you, it shall have no power over you to drag you down to the gulf of misery and endless wo, because of the rock upon which ye are built, which is a sure foundation a foundation whereon if men build they cannot fall."

I know this to be true. I know that whatever trial we need to overcome can be overcome through the power, love, and foresight of our loving Heavenly Father.