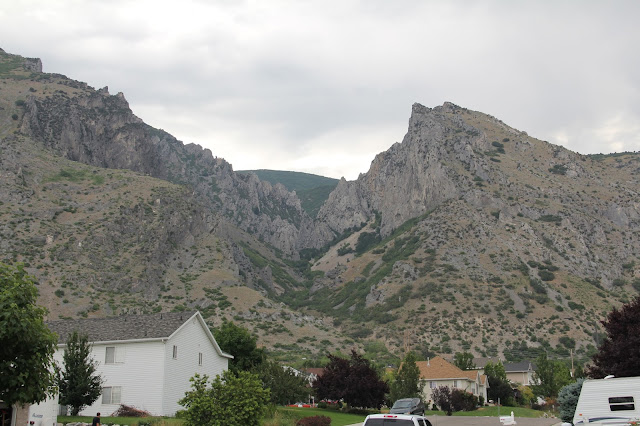 Our Fourth of July Celebrations are usually pretty low key and vary from year to year. This year we decided a hike would be nice. We decided to stay close to home so after 17 years of living in Springville we decided to finally explore our neighboring canyon, the well named Little Rock Canyon. We love the view from our home of its craggy rock formations. Up close it is quite dramatic but from further out in the valley it blends in and seems much less spectacular. We walked up through our subdivision (some yards are better cared for than others), across dry foothills and then into the canyon. 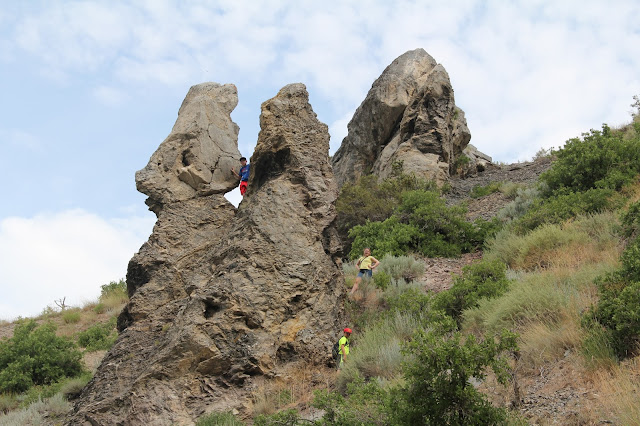 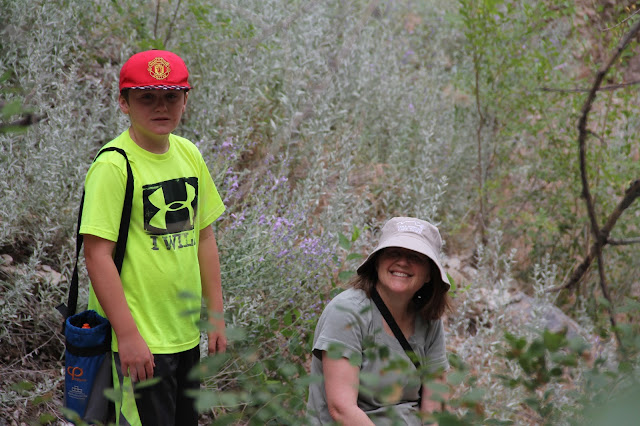 It was tough going: little to no trail, steep, dusty and lots of loose rock scree that is not conducive to easy hiking. After about an hour Marie and Will (indoor soccer shoes with limited tread are not good mountain climbing shoes) decided to head on back. Will's comment as I took this departing photo was: "I hope this doesn't show up on instagram or the blog." We resurrected our BYU Jerusalem Center water bottle holders for the hike. 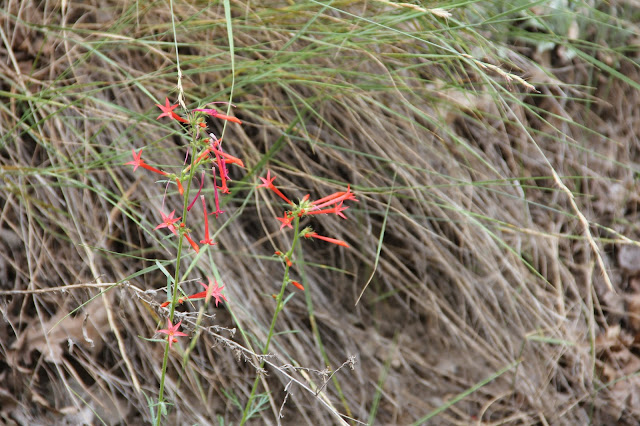 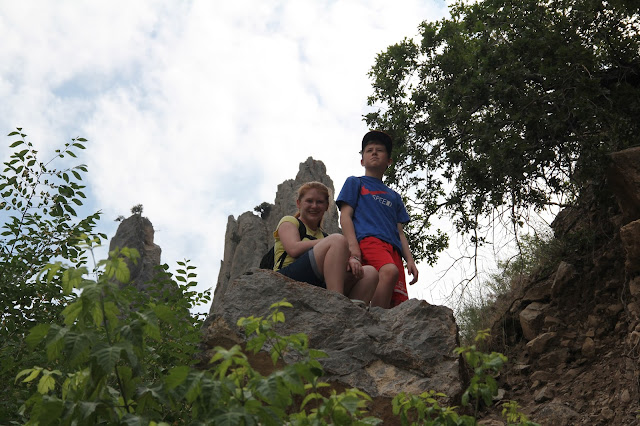 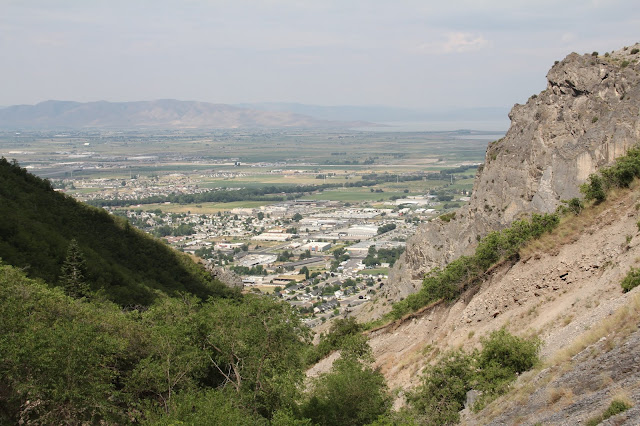 From the Wasatch Mountains looking down on Utah Valley with Springville up close and West Mountain and Utah Lake in the distance. 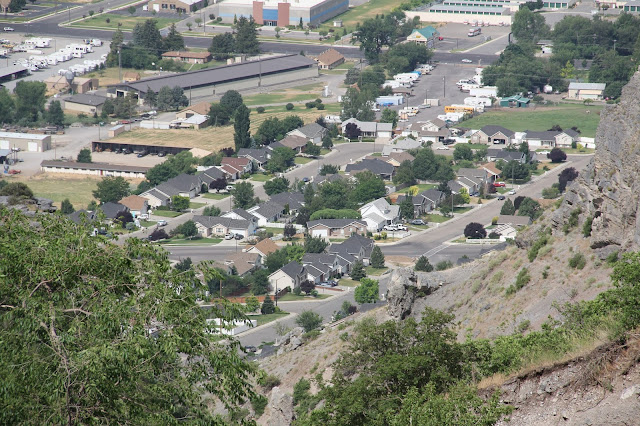 The trees of our back yard sit right in the middle of the photo. All of the homes were built during a two year period. We all helped each other lay sod. Some families have planted more trees than others. 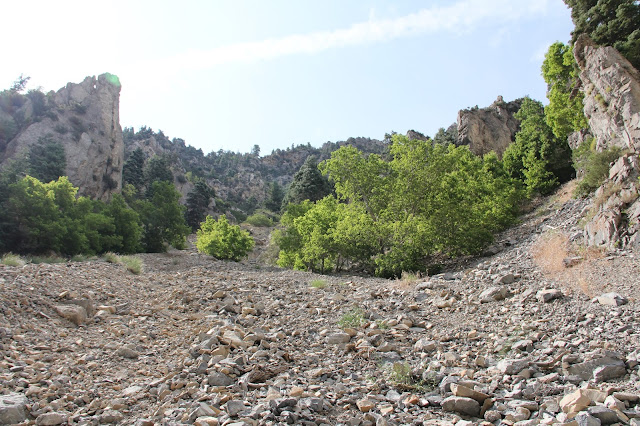 Joel, Sarah and I finally gave up the hike after two hours. Climbing up this steep unstable scree was not worth the trouble. 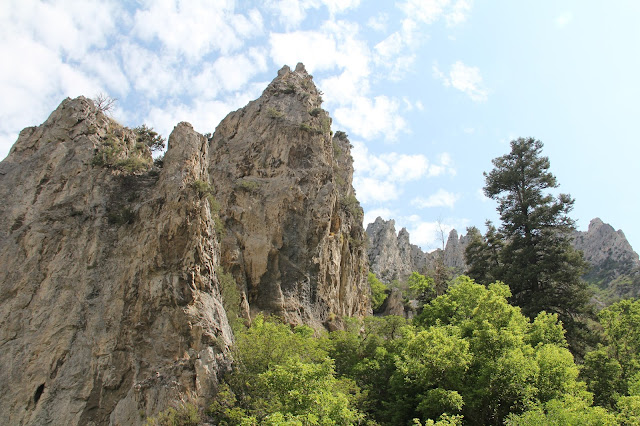 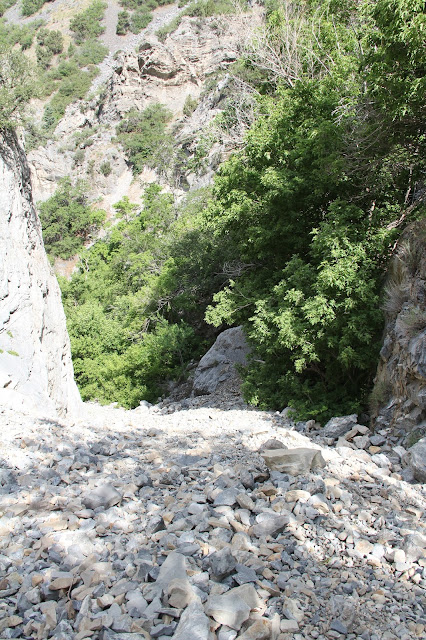 Climbing up this was not so easy. 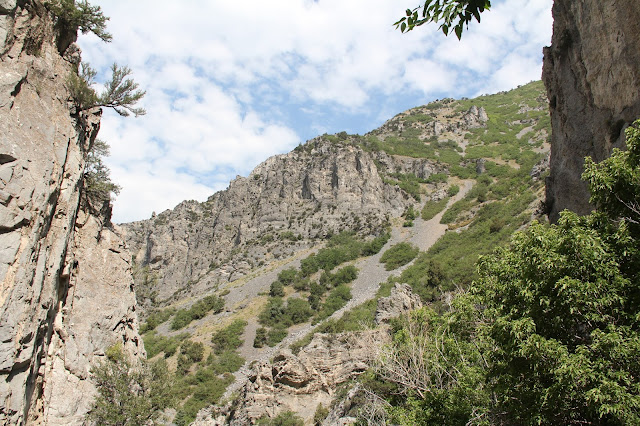 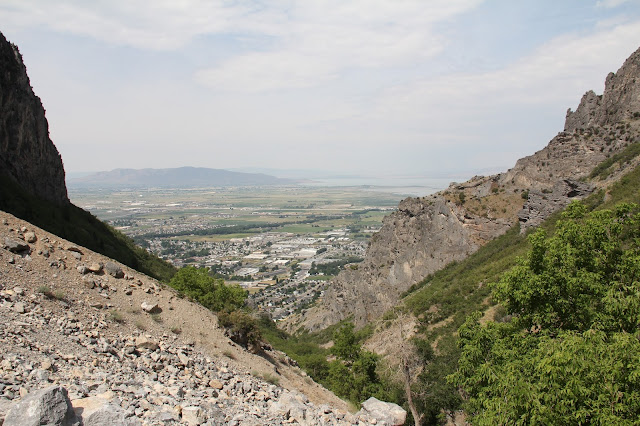 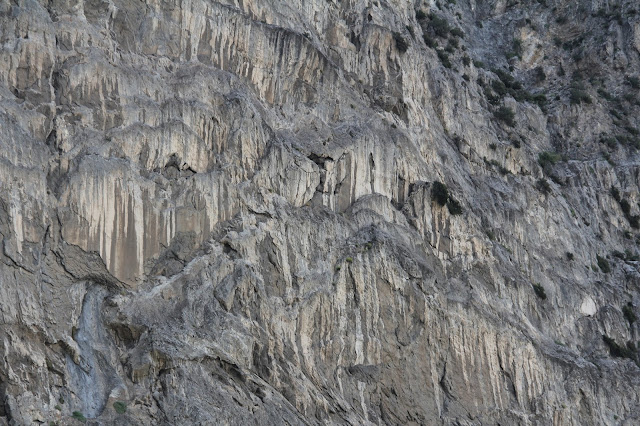 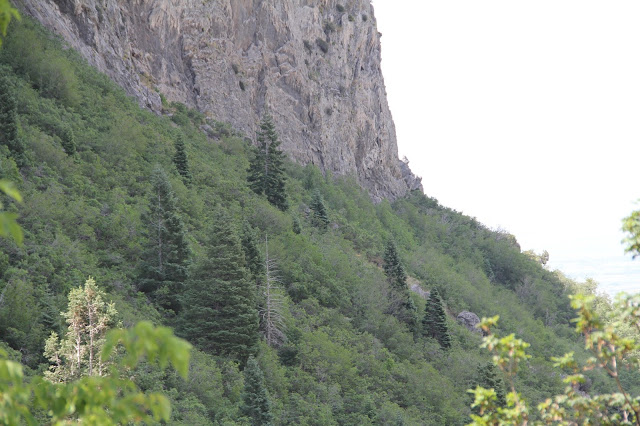 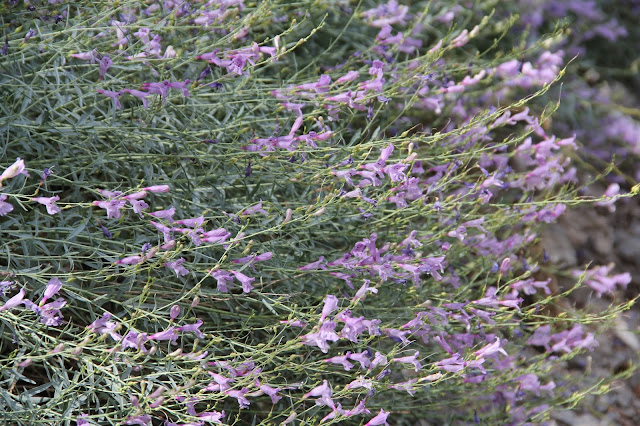 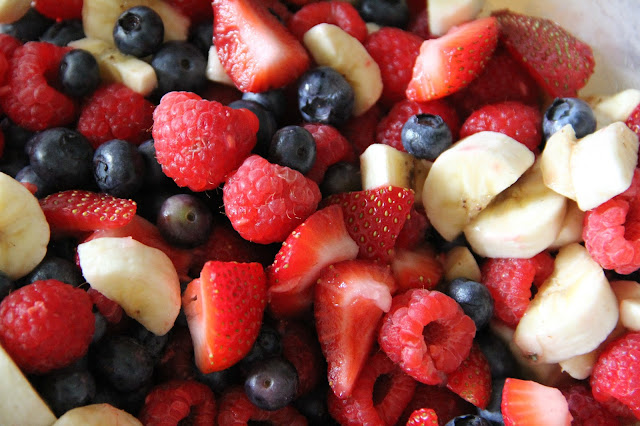 Later that day (after I nursed a heat and dehydration induced migraine) we enjoyed great traditional fare: patriotic fruit salad, corn on the cob, veggies and dip and grilled hamburgers. 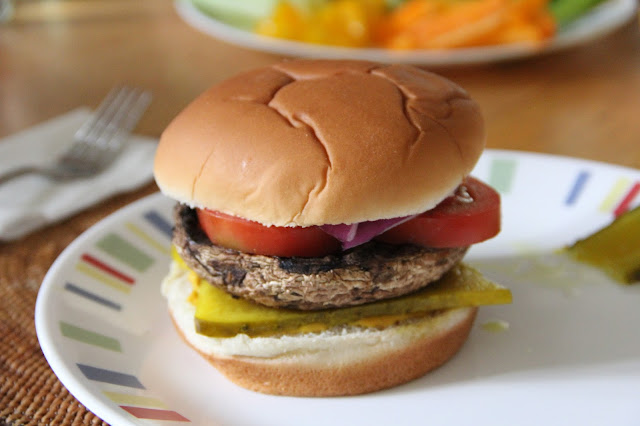 While everyone else enjoyed their beef, I enjoyed a grilled portabello mushroom burger with all the trimmings. Yum. 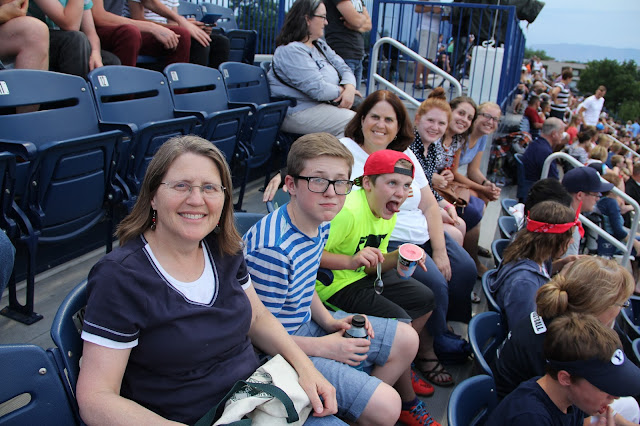 That evening we went to the BYU Men's Soccer game. Joining us were aunt Rachel and cousins Grace and Josie. 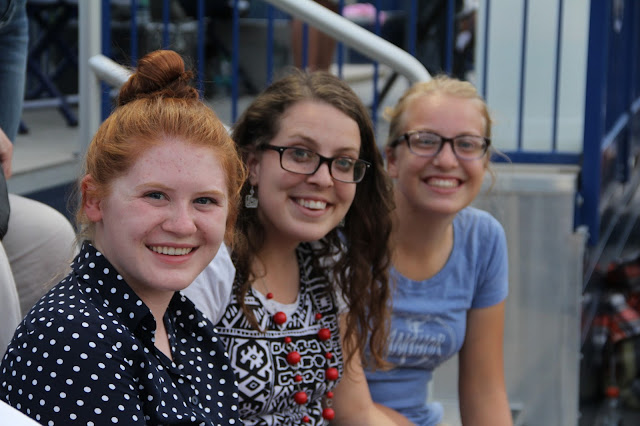 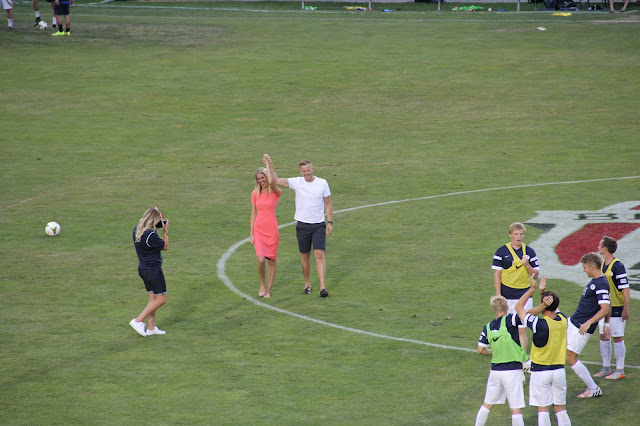 Part of the half time shenanigans included three couples competing in a soccer kick off followed by a marriage proposal by one of the couples. Only at BYU. 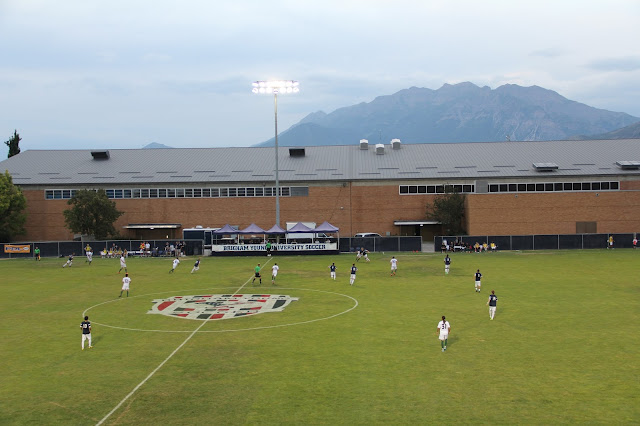 During the game (BYU lost) we were treated to flyovers from vintage planes and helicopters that were part of the full evening of entertainment of Stadium of Fire at the nearby football stadium. 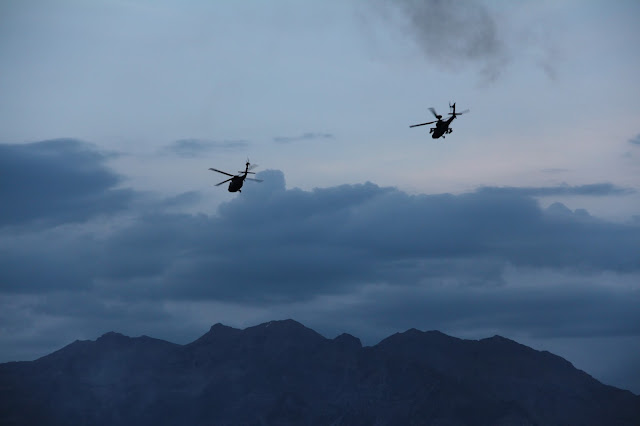 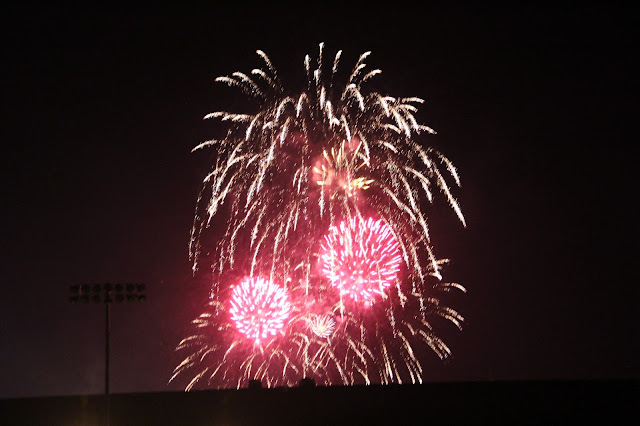 After the game most of the fans stayed around and enjoyed a great view of the aerial fireworks at stadium of fire. 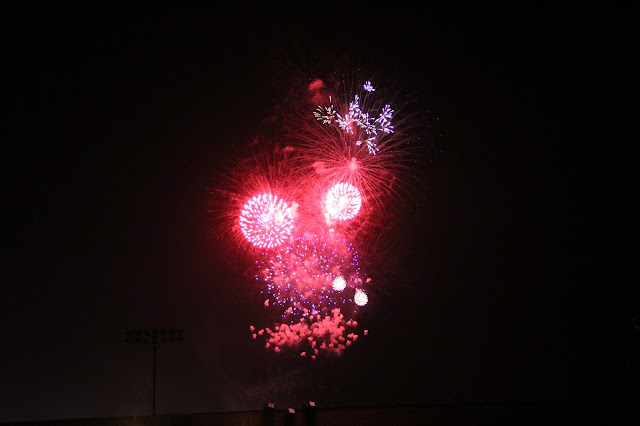