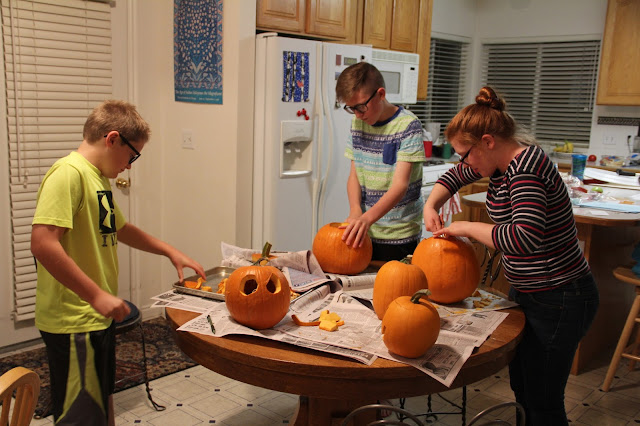 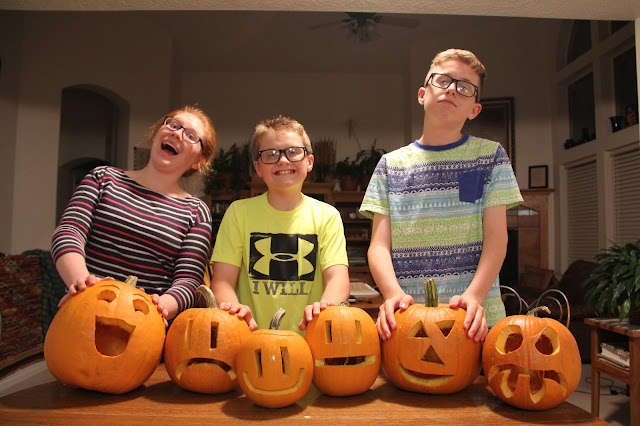 We grew all of these pumpkins except the one on the right--Harward Farms (of corn fame) donates a pumpkin to every student at Will's elementary school. Will did three variations of his signature smiley face. The one on the far right was my failed attempt at an appropriate frowny face that Will rejected. 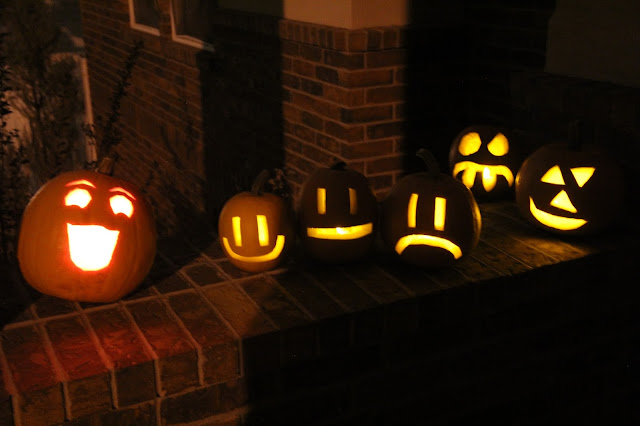 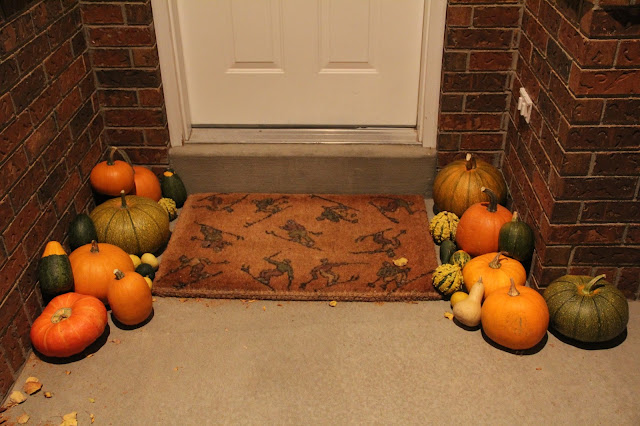 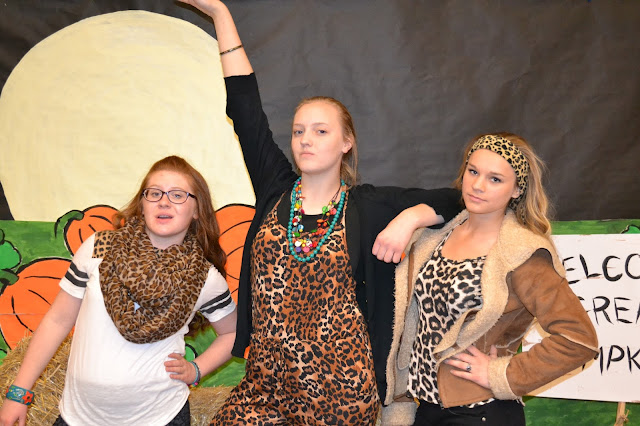 Sarah and her friends as Cheetah Girls at the ward/neighborhood Halloween Festival. When I was bishop the youth decided that running a Halloween carnival for the primary kids would be a great service project. It has become an annual event that has improved and grown over the years. Each youth class/quorum set up and run various activities (cake walk, whack a mole, fish pond etc.). This year the Laurels ran a photo booth with the pumpkin patch back drop (which Sarah helped paint). Two years ago when I was Teachers quorum advisor we set up an amazing spook alley that was too spooky for some of the kids so the next year it was axed. 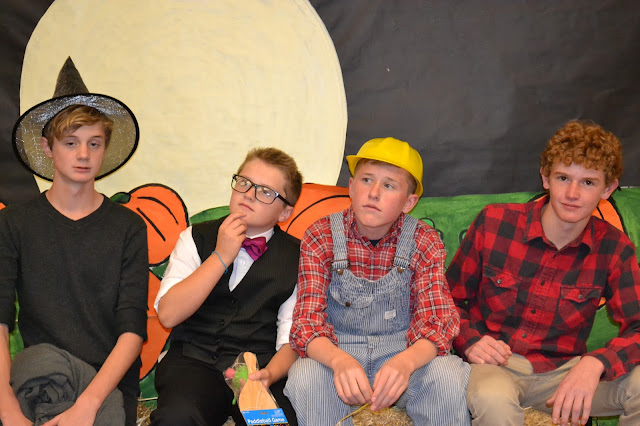 Joel (dressed as Bob the builder--in my over-alls that were my uniform when I worked as a bagger at Macey's Farmer's Market) and the Teachers ran a cake walk (where instead of winning a cake the kids won redeemable tickets). Will won enough tickets through multiple visits to all of the booths to "purchase" a yoyo, paddle ball game, and other small toys. 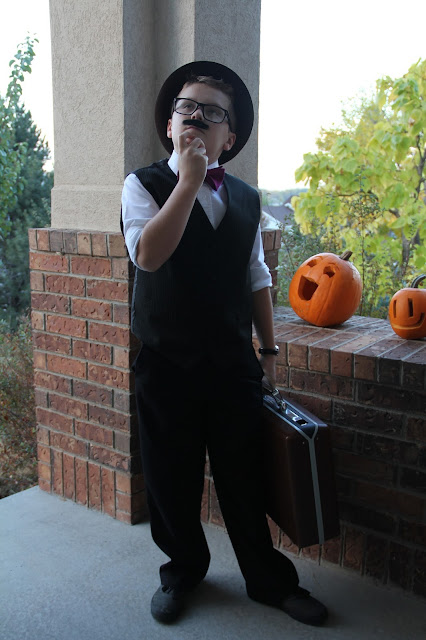 Will off to school as a "hipster" complete with his grandpa's brief case and hat. 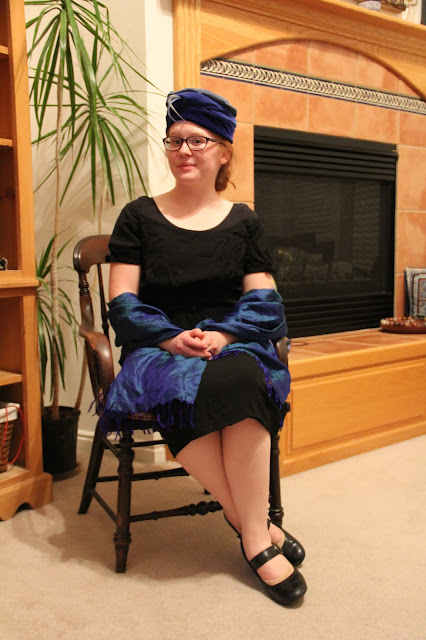 Sarah went to a party and school dance Friday night dressed as and in her great-grandmother Harriet Dudley Emmett's feathered hat and dress plus a shawl from Varanasi India that was a gift for Marie after my first trip to India.
Posted by chad at 11:54 PM