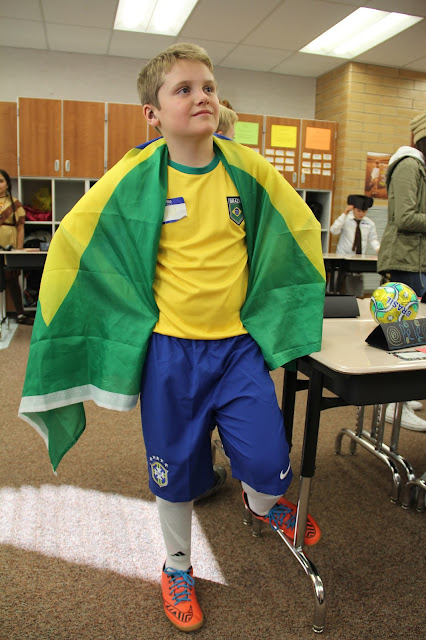 Friday Will and all the other fifth graders at his school participated in a "wax museum." Each student selected a famous person to research and then portray. During the day students and then parents could go up to any of the figures, press a go button and then hear the come-to-life person tell about his/her life via a memorized script each student wrote. Will chose Brazilian soccer sensation Pele. We had to order shorts and jersey on-line (two different web sites), but the good part about it is that Will will wear it all the time, not just for the wax museum. 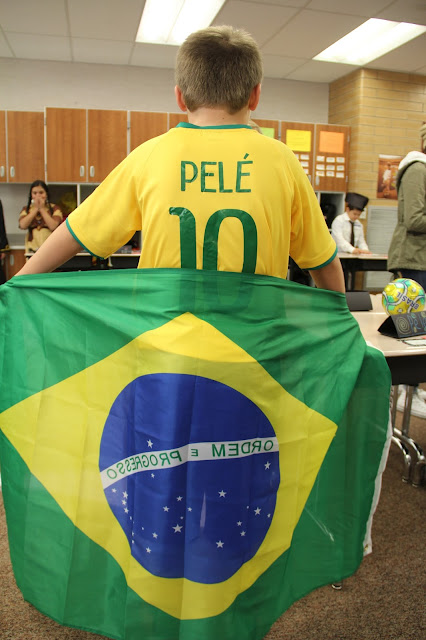 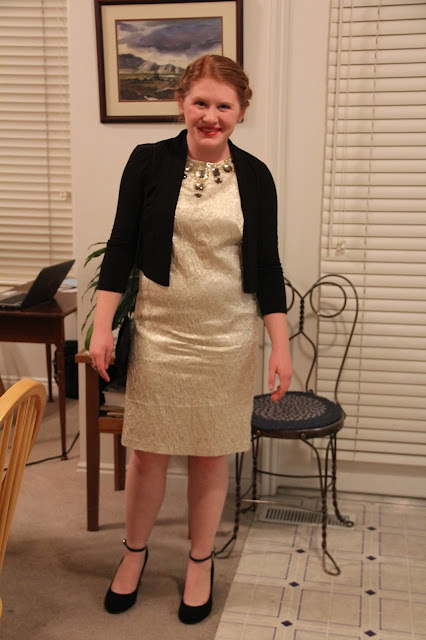 Tonight, beautiful Sarah went with three of her friends to the Senior Ball--a stag, formal, dinner and dance just for seniors. Forays with her friends and then with Marie to find a formal were for not so a visit to second-hand Savers with her cousins landed this beautiful off-white, be-jeweled dress (for just $13). New shoes and a new sweater complete the ensemble. Stunning. Sarah's hair (by tall Haylee) was pulled up in back into a multiple braid bun. The four friends did their hair and make-up together after spending the whole day at a musical rehearsal. 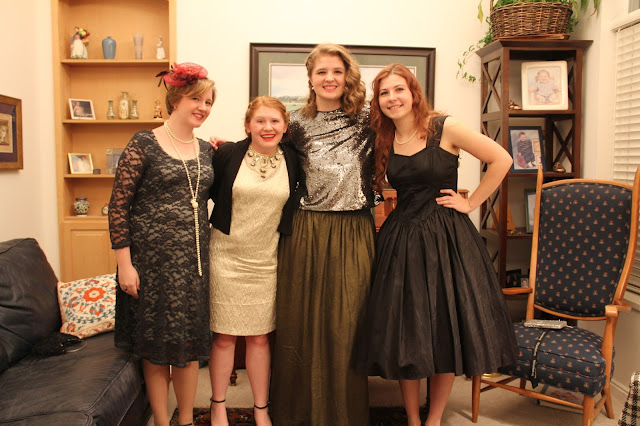 Rachel on the right was equally unsuccessful shopping at stores with friends and then with her grandmother and aunt. Finally her grandmother remember a stash of high school formals at home in a closet that Rachel's mother (deceased) wore when she was a teenager. Score! 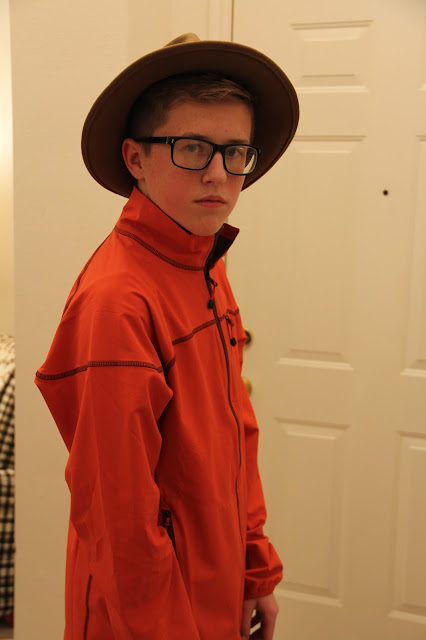 Last night I took Joel shopping for some winter clothing. Earlier attempts with his mom and Will were unsuccessful so I gave it a try. Joel finally lucked out and found a long sleeve shirt, some new pants and this nice jacket from Eddie Bauer. The hat is also from Eddie Bauer. I bought it in 1994 for a trip to the jungles of Ecuador. Joel has now claimed it. This morning, this guy was up and out the door at 5:00 am to go and do baptisms with the ward youth in the Provo Temple. 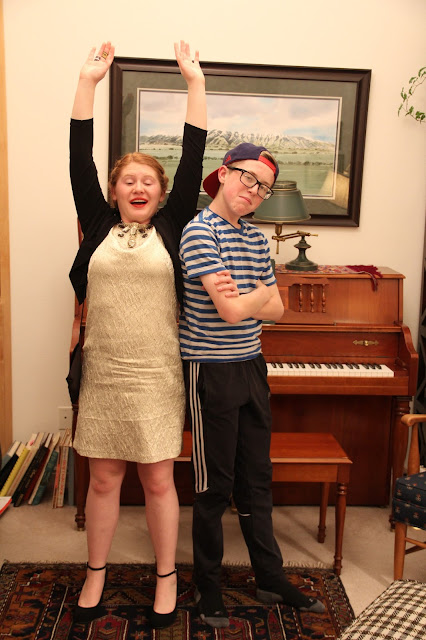 Closed eyes are often a problem. 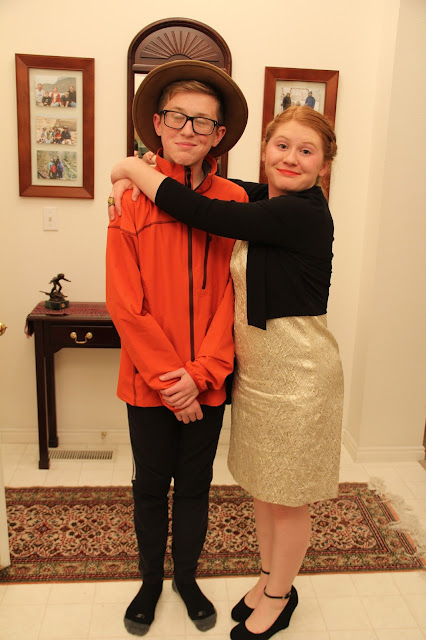 Last night when Sarah was trying out her make up and dress, she came out to model for Will and me. Then before he knew what hit him, she planted a big, wet, red kiss on Will's right cheek--perfect in its form. It was a delightful moment. Unfortunately, Will quickly washed it off before I could get a photo. 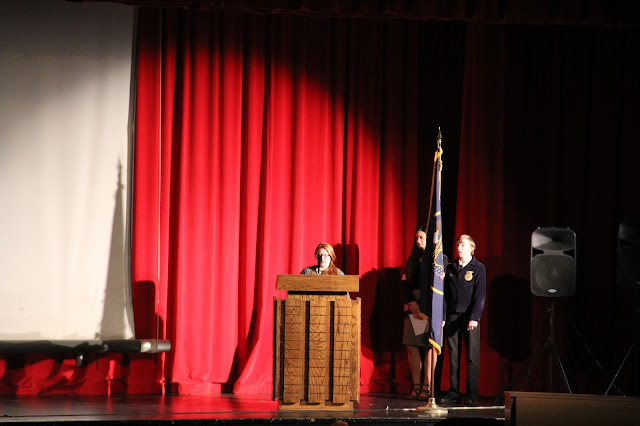 Last Tuesday, Sarah recited a poem she wrote (and entered in a school-wide poetry contest) in a Veterans Day assembly. She has recently come to realize that she is now at an age where many young men have headed off to war so she wrote about that and about young lives cut short. It was very poignant.
Posted by chad at 8:33 PM