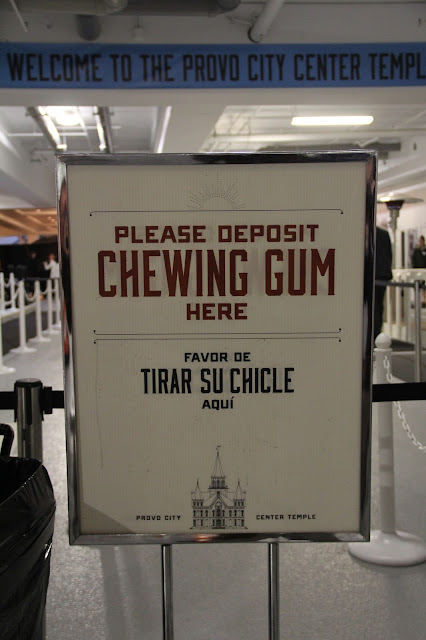 Last Tuesday morning we went to the Provo City Center Temple Open House. Sarah was excused. She didn't want to miss calculus and had already toured the temple once with the Young Women in the ward (below) and then again last Sunday with Marie for a special tour for girls and their mothers of the Bride's room. 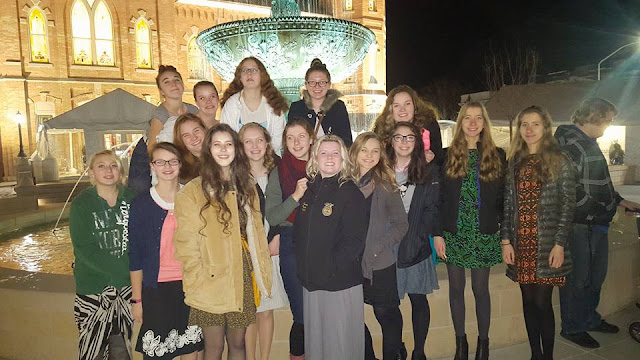 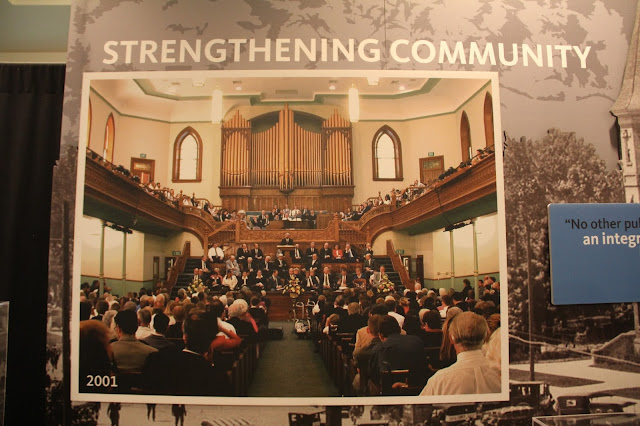 In December 2010, the pioneer era Provo Tabernacle burned down. It was a church and community gathering center where I remember attending concerts and priesthood leadership meetings (while serving in a BYU Ward bishopric) and where Marie and I once enjoyed a Messiah Sing-In. 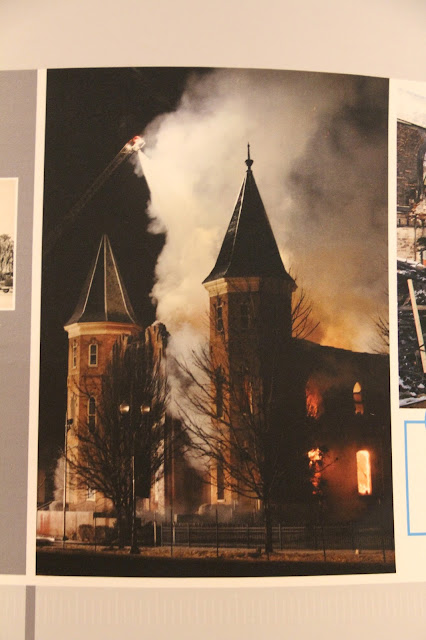 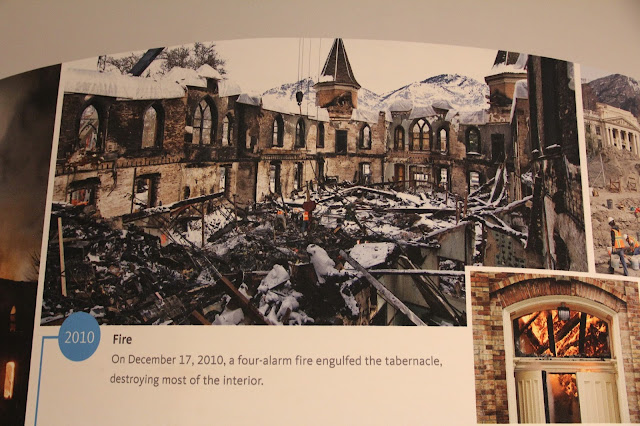 Church leaders decided to take the brick shell that remained and transform the tabernacle into a temple--a phoenix rising from the ashes. 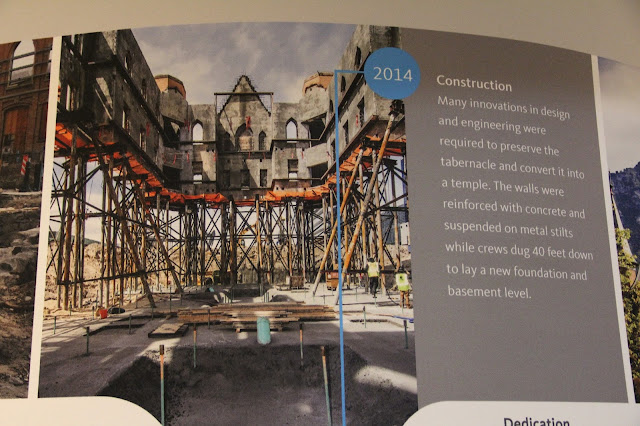 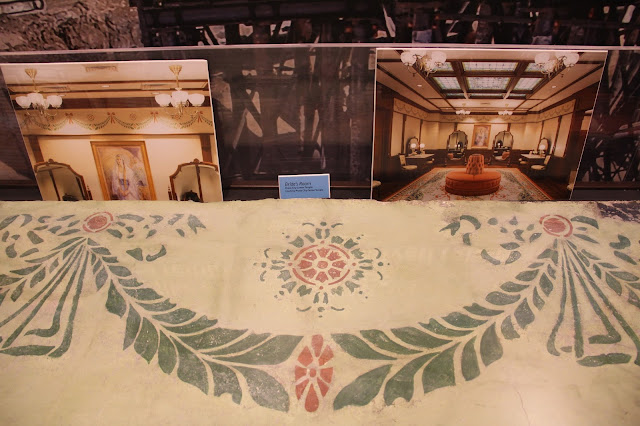 The new temple was built and decorated in keeping with the original pioneer style.  The green and red design (an original section that survived the fire is show above) from the Tabernacle now graces the upper trim in the bride's room--with its Minera Teichert painting of Esther. 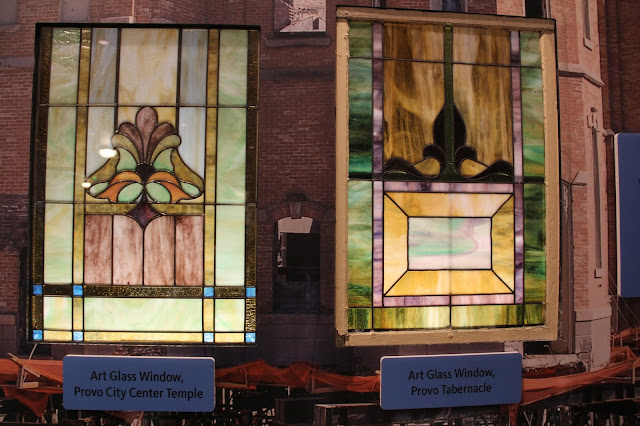 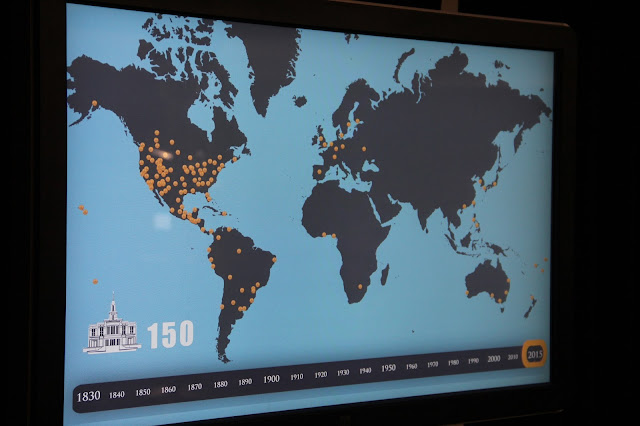 After our silent walk through tour of the beautiful building we learned more about temples in a parking garage visitor center. The map above shows the location of LDS temples over time. The Provo City Temple is the 150th temple to dot the earth. There was an explosion of temples in the 1990s and 2000s. 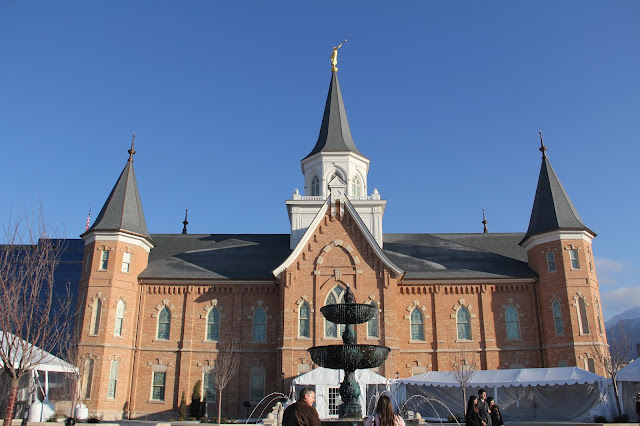 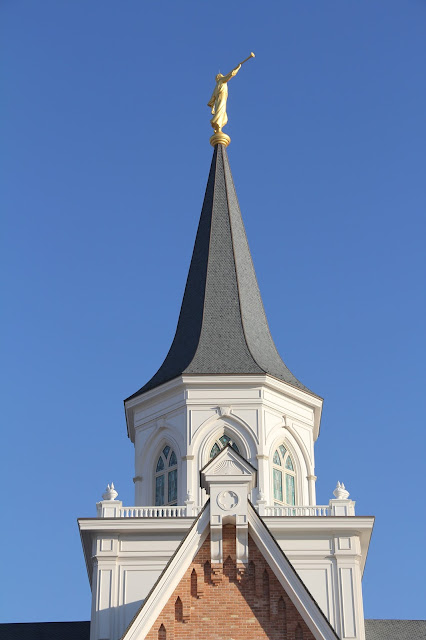 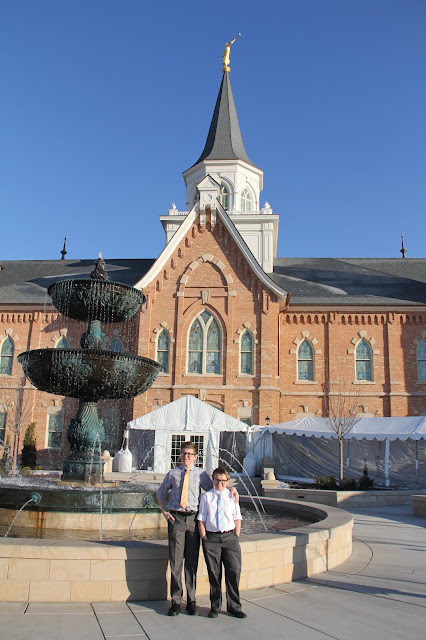 The eight stakes (diocese) in Springville plus a similar amount from south Provo and BYU make up the temple district.  Joel and Sarah are currently learning a dance and song that they will perform in the pre-dedication cultural celebration. Will's comment when we passed that baptismal font is that next year when he is 12 he will be able to attend this temple to perform baptisms for the dead. Sarah plans to have this be the temple she gets married in. 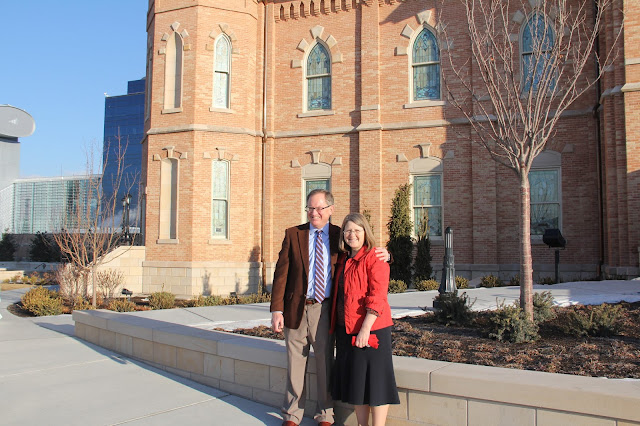 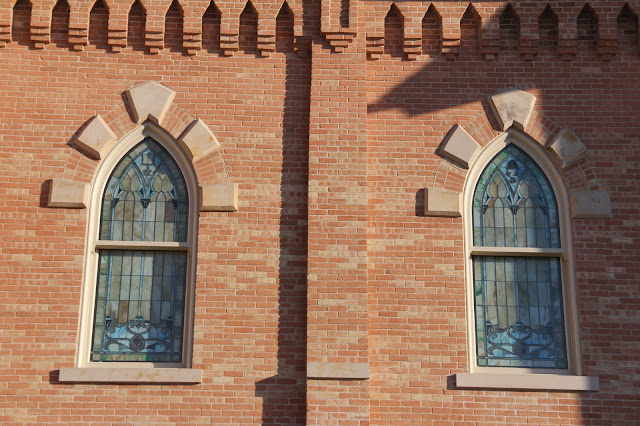 Our neighbor Craig Child was in charge of restoring all of the brick work. 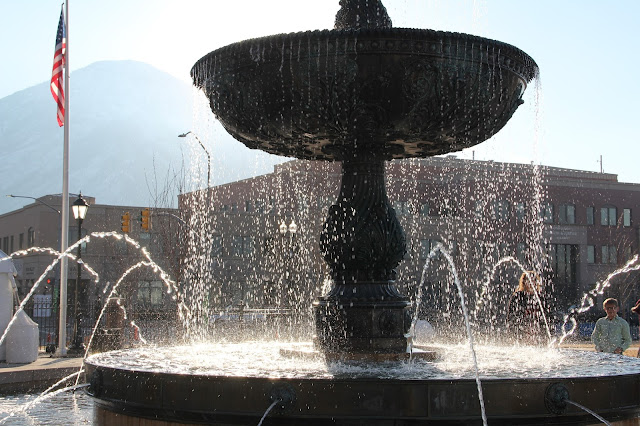 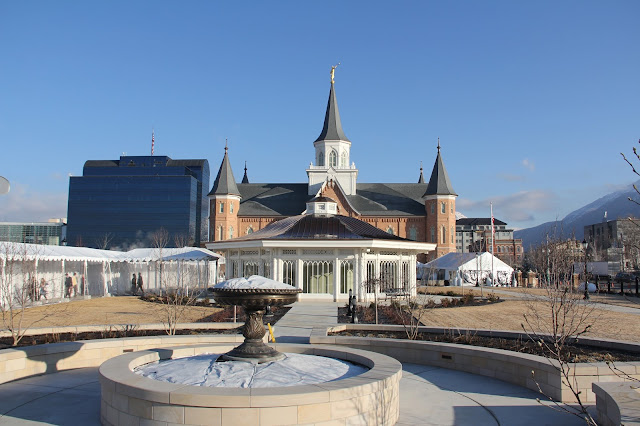 The gazebo is where people can wait during weddings. The big dark glass NuSkin Headquarters shares the entrance to a linked underground parking garage for the temple. 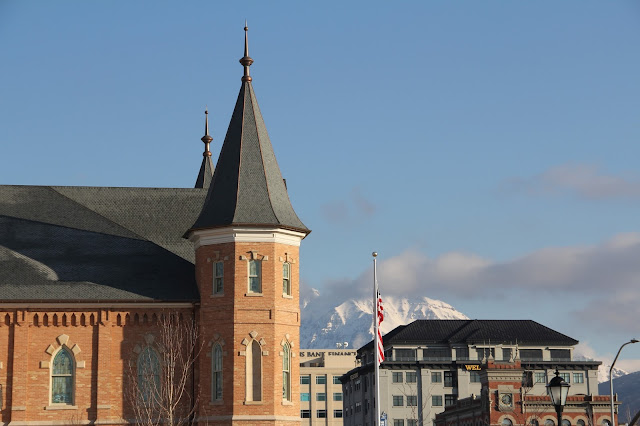 The following photos courtesy of : https://www.lds.org/church/news/new-temple-honors-pioneer-legacy-of-provo-tabernacle/gallery?lang=eng&_r=1 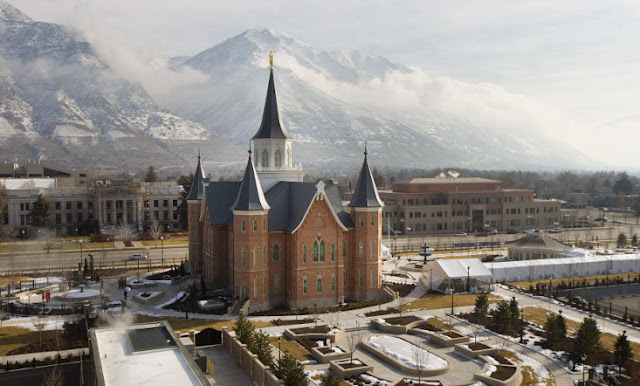 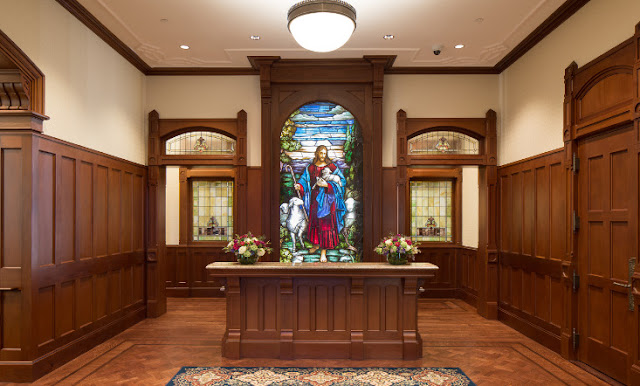 The lovely stained glass image of Jesus as the good shepherd (early 1900s) in the entry was reclaimed from a Presbyterian Church in New York that was slated for destruction. 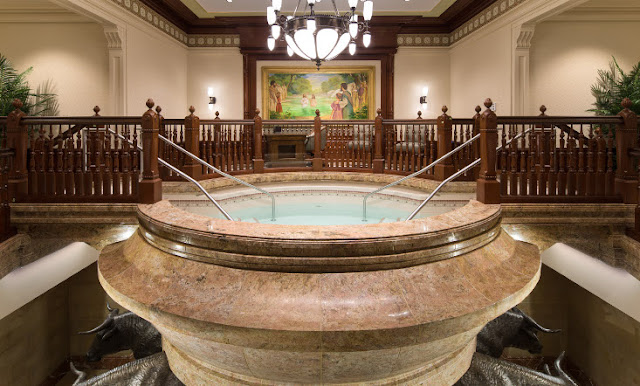 Instruction room with murals showing the creation with nods to our local landscape.. 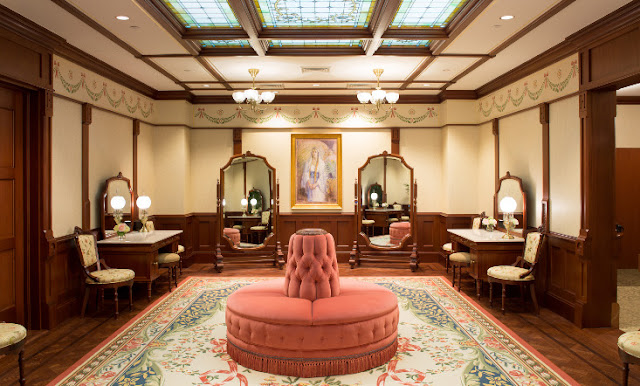 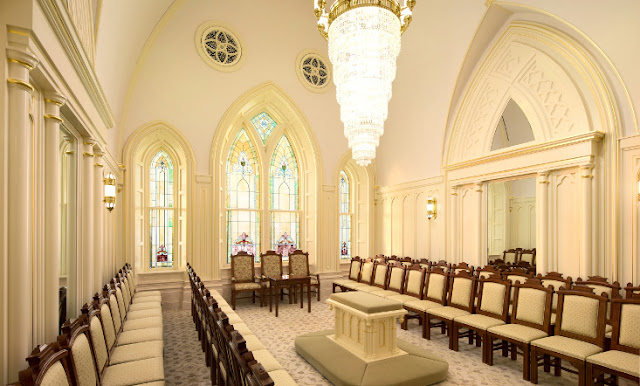 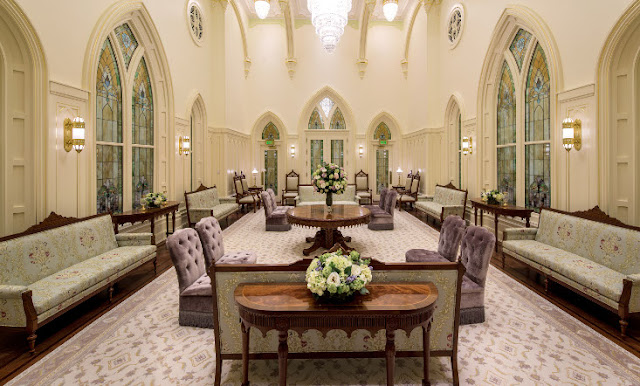 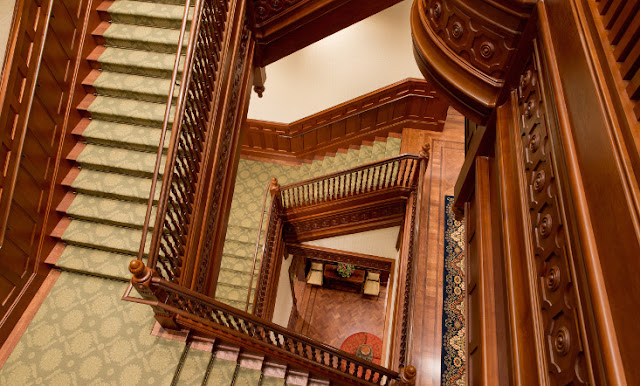