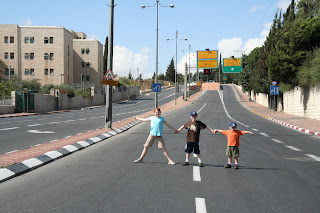 The sun has just set so Yom Kippur--the Jewish day of Atonement has come to an end. It is the holiest Jewish holiday and entails fasting for the day, prayers and no driving. Streets through Jewish areas are barricaded so no cars can pass. This makes for great photo opts of children (no school today) playing in empty streets. 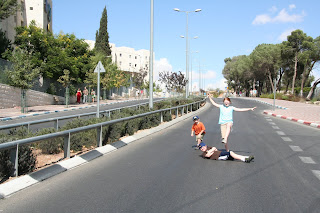 In Leviticus we learn that it was on the Day of Atonement that the scapegoat was sent off into the wilderness with the sins of Israel on its back. 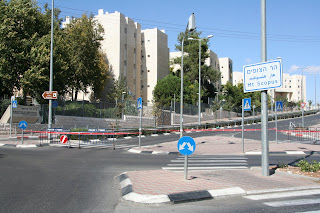 A barricaded street near Hebrew University. 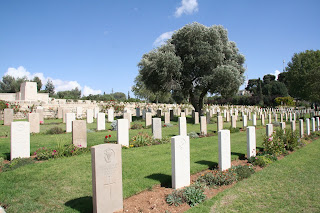 While walking to find some empty streets we passed the British War Cemetery (on Mt. Scopus) from the Great War. 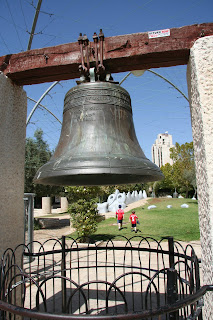 Yesterday for our Sunday excursion we planned to go into the Old City but just as we were leaving Security designated visits to East Jerusalem as "off limits". Fighting had broken out earlier in the morning when some Jews had gone up on the Temple Mount (Haram al-Sharif) which angered Muslims. So for plan B we checked a car out of the motor pool and headed out to find a playground. We found a nice one at Liberty Bell park in West Jerusalem. It has a replica of the Liberty Bell. The park was established during America's bicentennial year. 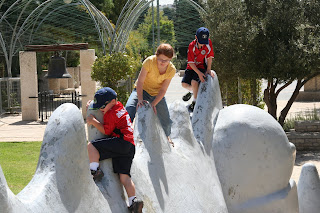 After playing on a typical play structure, we discovered a dragon to climb on and an amphitheater to perform in. 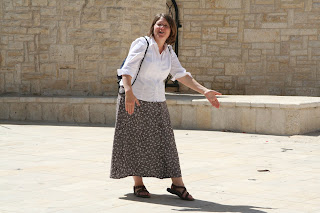 Marie performed first with "I have a daisy on my toe." 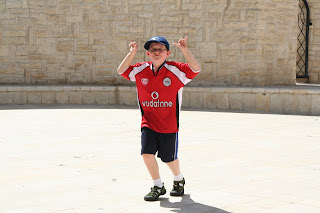 Joel was next with some funky dancing and a "knock knock" joke. (Joel and Will were both sporting their new Egyptian soccer shirts.) 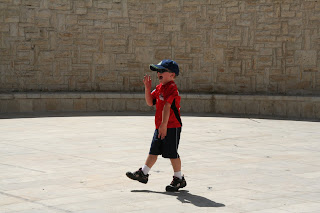 Will was next with a dance. 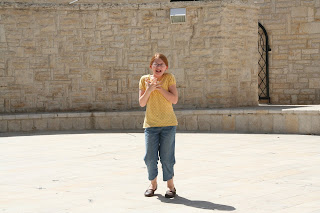 Then Sarah sang "the Peanut sat on the railroad track." 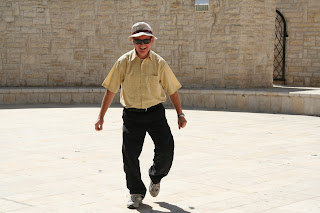 Chad danced to "Singing in the rain" and then some clogging steps. 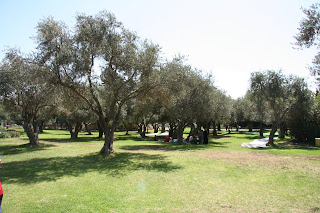 Part of the park included many old olive trees. 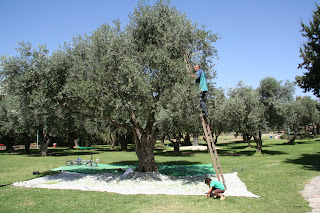 Arabs from a nearby neighborhood came and were harvesting the crop. As they pull through each branch the olives fall to tarps below. 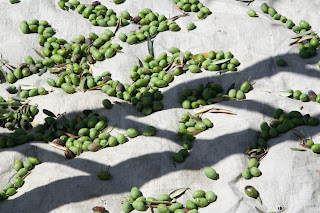 I am not sure, but my guess is that these olives tree were once Arab owned. 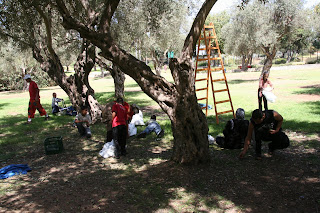