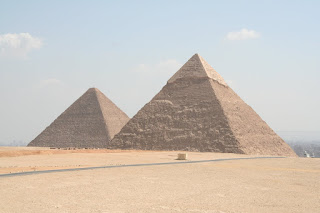 A few photos from last week's field trip to Egypt. The Pyramids. 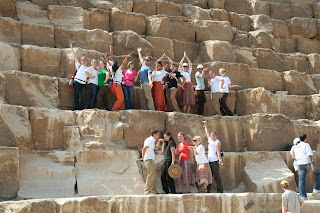 BYU students (we have students from BYU Provo, Idaho and Hawaii) at the pyramids. When I was a student traveling in Egypt in 1982, I carefully monitored the use of my limited rolls of Kodachrome and seldom took frivolous photos like this. Nowadays with digital cameras the students take tons of photos (so do I) so that they can blog and post them on Facebook. I took this photo after taking the same photo with a half dozen student cameras. 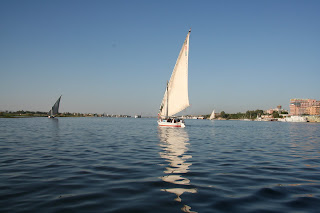 Faluca ride on the Nile in Luxor 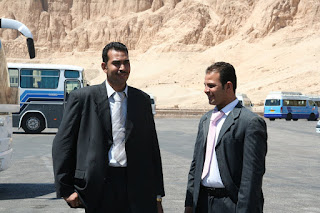 Back in the 1990s, foreign tourists were targeted by terrorists in an attempt to destroy the tourism economy. Islamists thought that if the tourists stopped coming, the economy would fall which would then bring a fall of the Mubarak government. It didn't work, but now all tourists buses are required to have an armed security guard on each bus. They are easy to spot--they all wear suits (which sort of hide the gun butts) and large knotted ties. 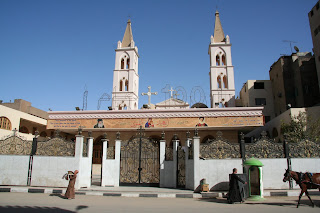 A Coptic Orthodox Church in Luxor. Christians make up about 10 percent of the population of Egypt. Tradition dates them to conversion by the apostle Mark. 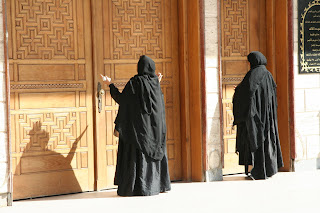 Two Coptic women offering prayers at the doors to the church. 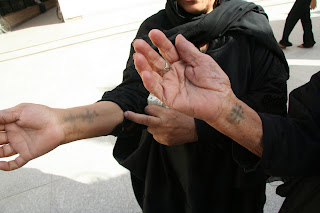 Afterward I visited with them. When I asked if they were Copts, they happily showed me the tattooed crosses on their wrists--a common practice among Egyptian Copts. 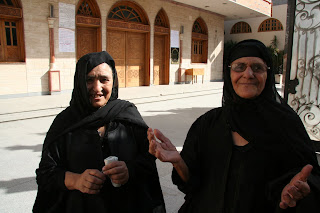 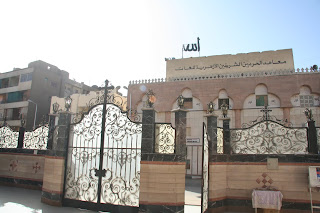 Across the street from the church is a mosque. I have an article in the journal "Islam and Christian-Muslim Relations" that will be published this fall. It is entitled "The Siting of Churches and Mosques as an Indicator of Christian-Muslim Relations." Depending upon who you ask the siting of a mosque across the street from a church could been seen as either an act of religious friendship and cooperation or of provocation and intolerance. 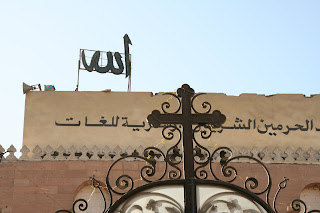 The cross of the Church and the Arabic word "Allah"(which means God in Arabic for both Christians and Muslims) above the mosque. 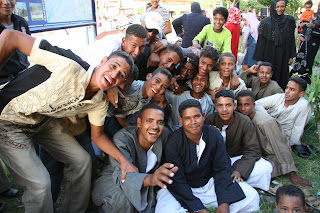 Friendly Egyptians gathered in a Luxor park to celebrate Eid al-Fitr--the holiday at the end of Ramadan. 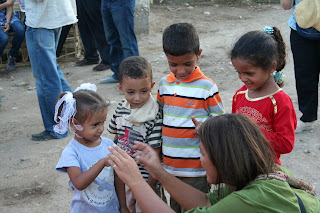 A BYU student making friends with some Egyptian children. 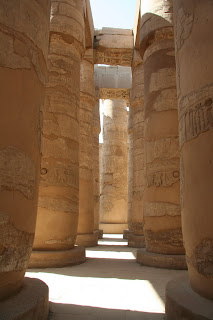 The wonderful columns in the temple of Karnak (which I remember from some James Bond Movie of my youth). I tend to take photos like this to then use in my geography classes. 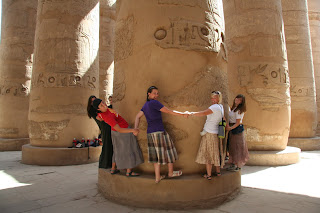 These are how BYU students chose to remember the monuments. (Once again I had a handful of cameras to record the moment). 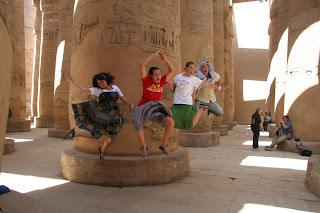 For some reason "jump" photos are all the rage. By the end of the semester the students should have quite a collection of such fun (silly)photos. 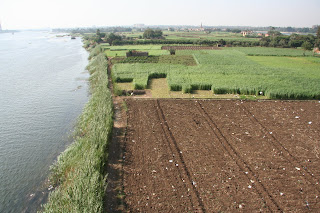 An island in the Nile near Cairo. 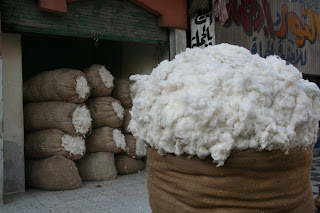 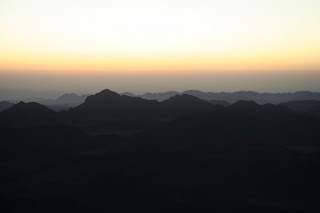 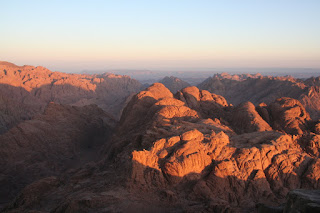 Looking down from Mt. Sinai. There were tourists on top from all over the world, including five bus loads of Indonesian Christians! 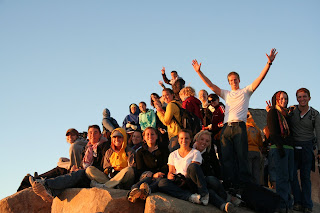 BYU students enjoying the view. Prior to the climb I reminded the students that this day we were pilgrims climbing on holy ground and there were to be no silly photos or activities. They were great. They sang hymns waiting for the sun to rise and then many read about Moses or wrote in journals. We ended our pilgrimage with a testimony meeting near Elijah's Spring. This is one of the students' favorite sites of the whole semester.
Posted by chad at 12:36 PM