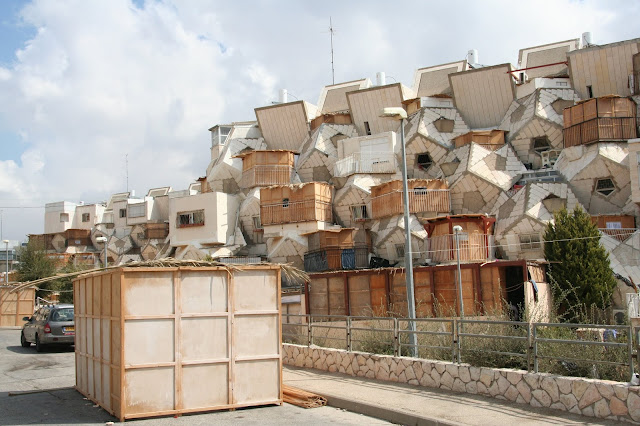 Joel and Sarah had a week long vacation for Sukkot. One day we drove around town to see the many sukkot (aka Tabernacles or booths). One neighborhood in the Jerusalem suburb (also called a settlement because it is on West Bank land) of Ramot has funky hexagonal shaped apartments. This neighborhood was brand new in 1982. It is Orthodox so every apartment had a sukkot on its balcony or if there wasn't room there they built one in the parking lot. 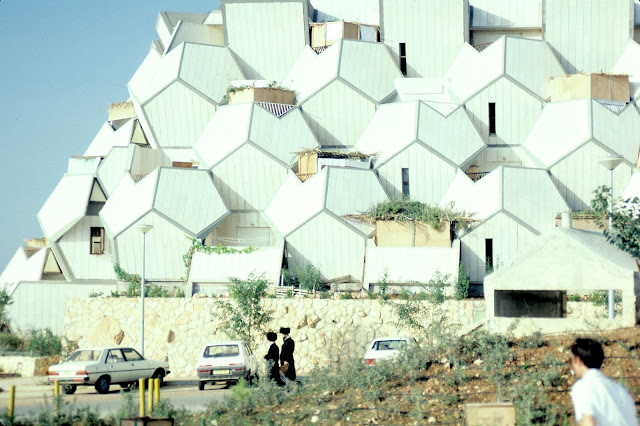 Here's a photo I took as a student in 1982 of the same neighborhood during Sukkot. 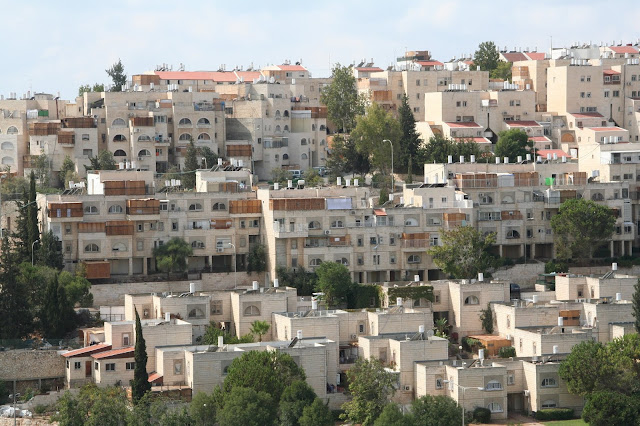 A newer neighborhood in Ramot. Notice the Sukkot on the balconies. 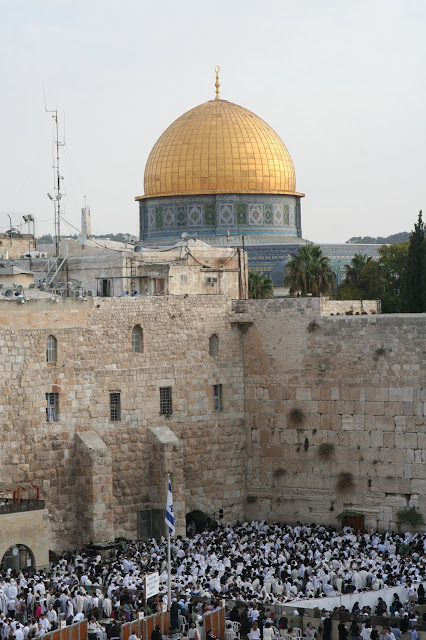 On Friday morning the students requested special permission to walk down to the wailing wall for the final day of Sukkot. I went along. It was a fascinating experience. 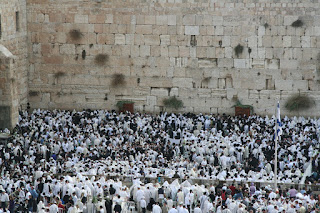 The Western Wall plaza was packed with early morning worshipers all carrying their four species (myrtle, willow, palm and etrog I believe). 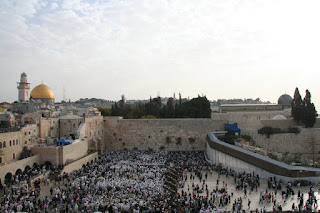 Men to the left and women to the right. Above on the Temple Mount/Haram al-Sharif is the Dome of the Rock (left) and the al-Aqsa Mosque (right) 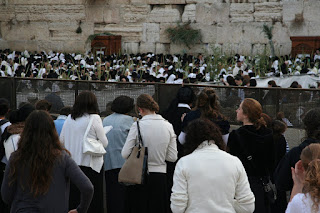 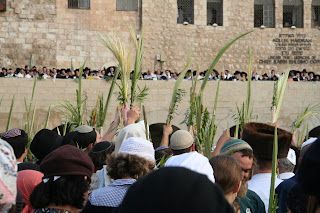 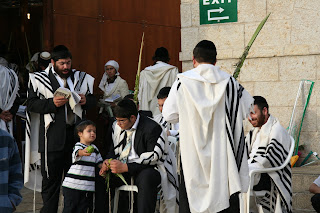 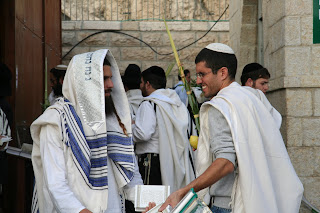 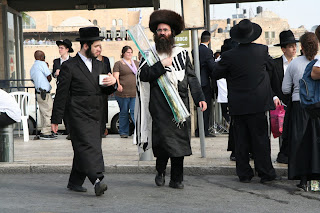 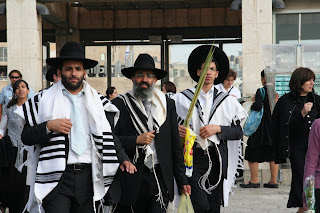 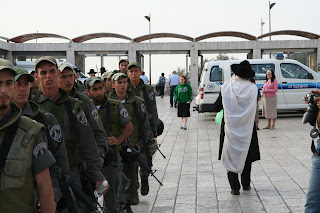 The close proximity of the Western Wall to the Haram al-Sharif/Temple Mount is always a source of tension, but it seems that these tensions most often flare up during holidays--especially Sukkot. To make sure nothing gets out of hand, soldiers were everywhere. 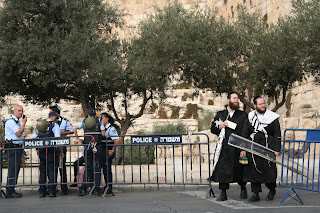 For the whole week the Old City was off limits to Palestinian men below the age of 55. This meant the Muslims could not get to the Haram al-Sharif to pray. 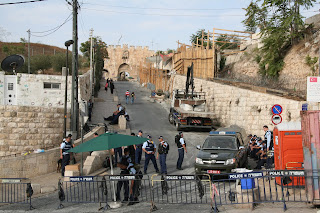 Walking back to the Center at 7:30 Am we passed police check points at the Dung Gate, here at Lions gate and then in the Kidron Valley just down the hill from the Center. We had no problems passing because we were tourists. 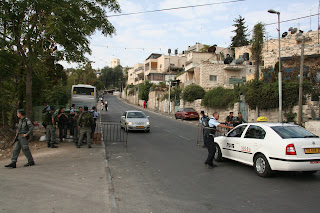 I look forward to the day when all peoples in the city can freely worship where or whenever they want to without the limitations of closures or the fear of conflict.
Posted by chad at 1:23 PM