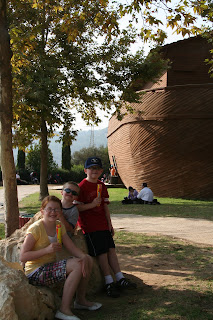 Sunday afternoon we ventured forth to Jerusalem's Biblical Zoo. Noah's Ark is a gift shop and snack bar. 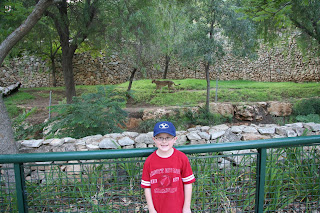 It was Joel's choice for his pre-birthday celebration. It was a great zoo, about the same size as Salt Lake's Hogel Zoo. The zoo houses a collection of animals mentioned in the Bible--locust, viper, lion, bear, ibex etc. and notes them with scriptural references. It also houses a nice and quite extensive collection of other animals including two Sumatran tigers, seven giraffes, six elephants, two cheetahs (Joel's favorite animal) etc. etc. 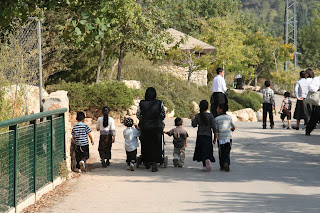 The zoo also hosted a wonderful collection of Jerusalemites--Orthodox Jews fully covered, secular Jews in shorts and tank tops, Arab families with women in hijabs and a few tourists. It was the last day of the Succot holiday so the zoo was packed with more large families and strollers than either Lagoon or the Hogel Zoo. 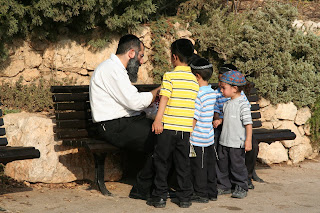 Many of the families were Orthodox Jews. Marie and I noticed several families where the father was in charge of six or so children. We wondered if the mother was at home with a newborn. 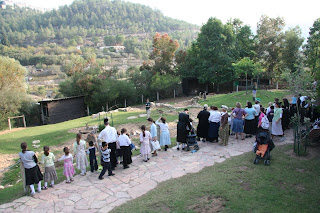 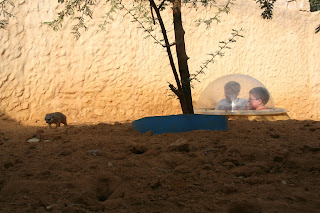 The kids had fun climbing through underground tunnels to pop up and watch merkats and prairie dogs. 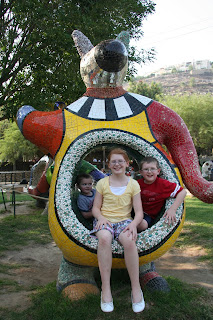 There was a great playground with fantasmic animal sculptures. 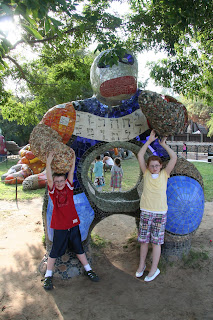 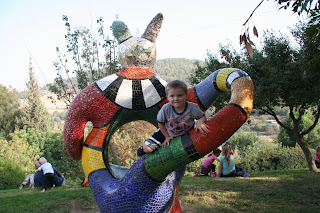 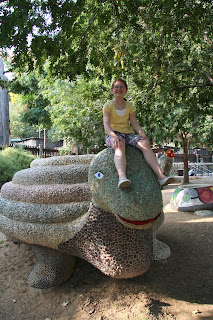 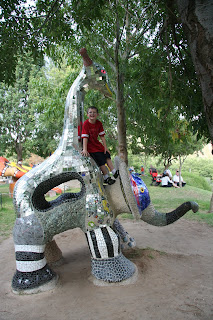 We ended up spending four hours exploring the whole zoo. It was a fun afternoon. 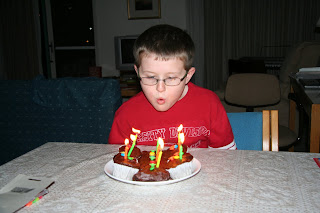 On Tuesday the 13th for Joel's actual birthday we celebrated with him waking up to balloons, a Super Mario nintendo DS game and nine dollar bills (ala grandma Tueller). Marie delivered chocolate cupcakes to his third grade class--it was a nice fit since Joel's current unit of study is all about chocolate--where it was first grown, the Aztecs, how to design a chocolate wrapper, what type of climate and soil it needs etc. After school we all enjoyed some basketball shooting in the gym and then we had Dominos pizza delivered to the upper gate of the center.

We hope that this and other postings will bring smiles and good health to Grandpa Emmett and Grandpa Tueller--both of whom are currently enduring not-so-fun health challenges.
Posted by chad at 12:38 PM