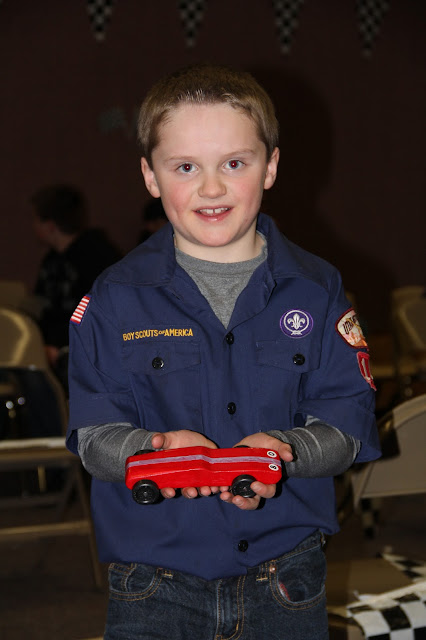 Tuesday night Will competed in his first Cub Scout Pinewood Derby. A few weeks ago former neighbor Mike Burt used his expert woodworking skills (he helped build one of the podiums in the LDS Conference Center) to cut out a car shape designed by Will. Will then picked out the paint colors, sanded it and painted it. Dad pounded in the wheels. 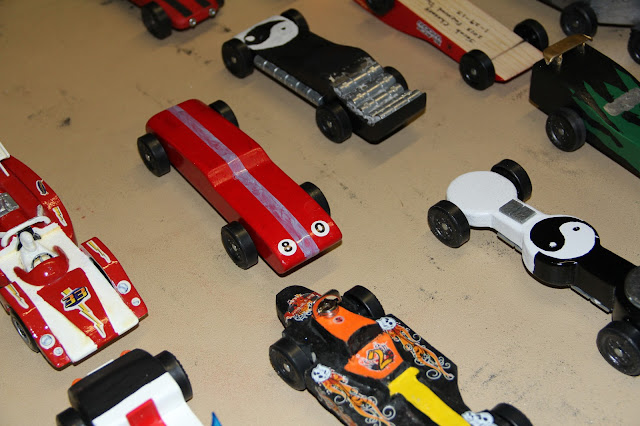 Since all of the three wards that meet in our building have limited numbers of 8-10 year old boys, they have combined to form tri-ward wolf, bear and webelo dens. Thirty-six boys were there to participate. Cars came in all varieties. 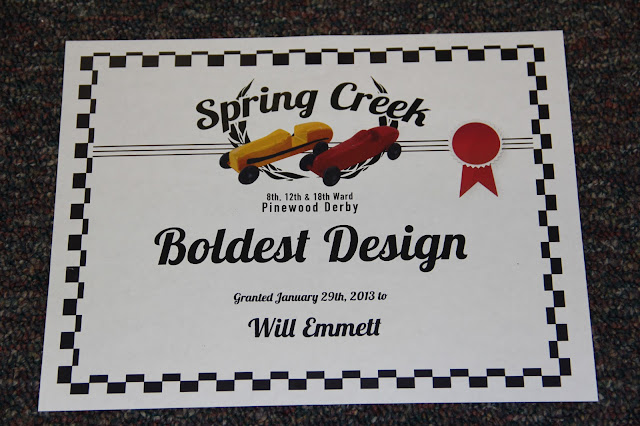 When I served as bishop, the job of the bishopric was to come up with creative awards (during the racing) for each of the boys. Unfortunately we were not very creative. This time around, because of triple the amount of boys, the cars were weighed and turned in last week and then the scout leaders had the whole week to come up with awards and print them out. Will got the boldest design award. 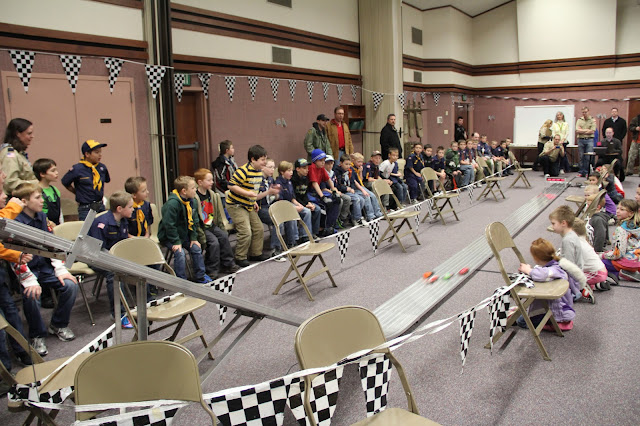 Each car raced in four heats--one run in each lane. Will's red car is in the lead in the right lane. To the amazement of his dad, Will's car won the first three heats and took second in the fourth. Applying graphite lubricant to the wheels seemed to do the trick. The average time of these heats earned Will fourth place! Will is the second boy from the left in the front row of chairs. 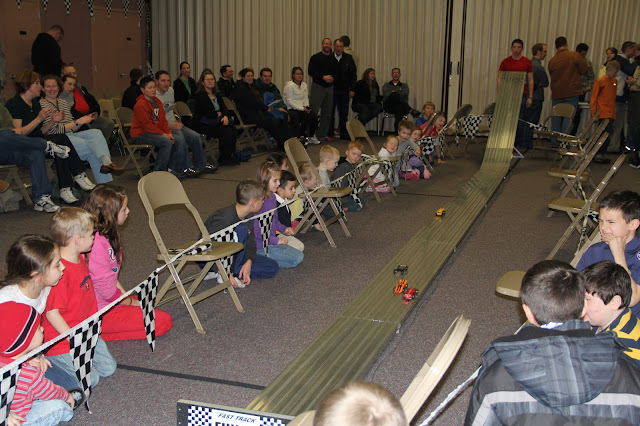 Second heat win--Will's car in the the right track. 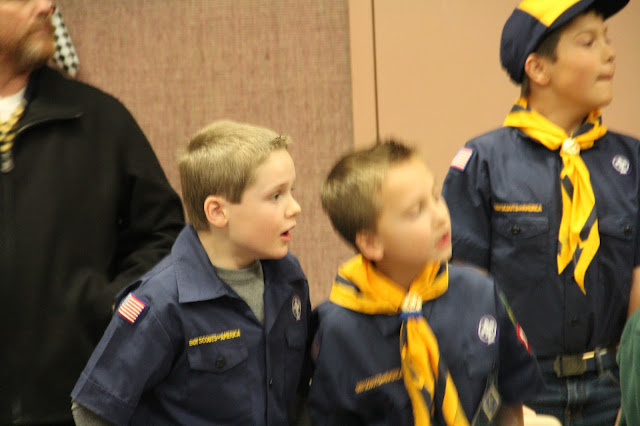 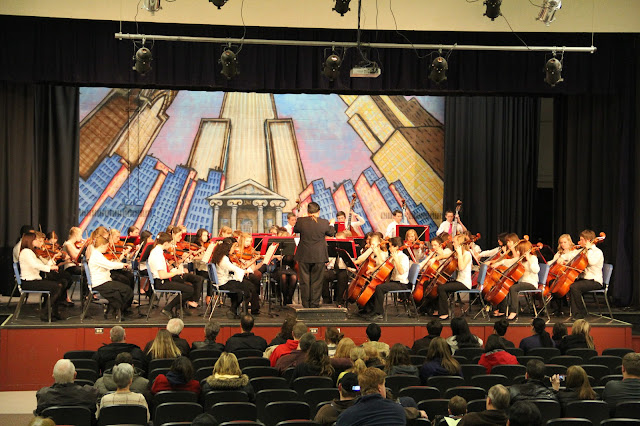 The next activity of the evening was attending the Springville Jr. High 9th grade Orchestra concert. 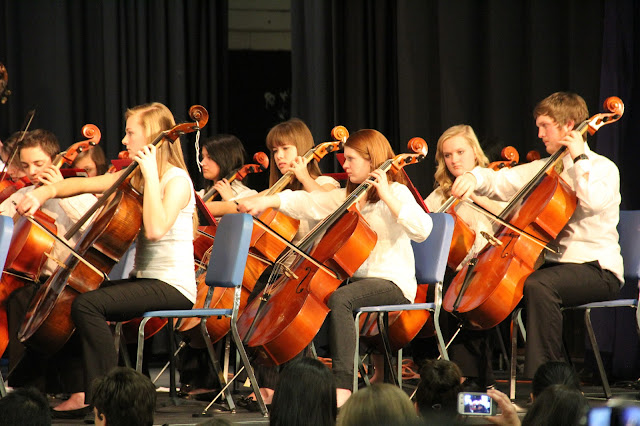 Sarah's favorite songs were the Irish folk song For the Star of County Down and the Korean folk song Arirang. Conductor Dr. Tsugawa explained how in orchestra class the students have learned not only the music but also something about the divided island of Ireland and the divided peninsula of Korea. The Irish tune had the cello players stamping out rhythm with their feet at one point followed by the violins doing a similar thing with pencils hitting their stands. During another section of the song, the whole orchestra swayed to the music while playing. It has been fun to watch Sarah's interest in the cello grow this year. She is also excited to have finally graduated to using a full size cello. Listen to the Irish tune here This is by another orchestra, but you can ear the beautiful cello melody Sarah plays at minute 2:45.
Posted by chad at 8:42 PM