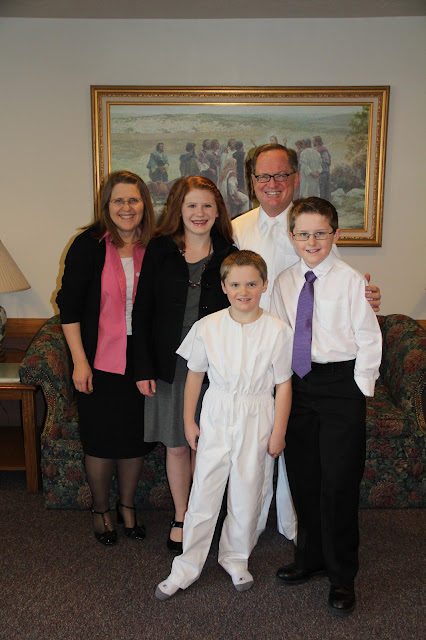 Saturday January 5th  was a double banner day: Will was baptized and confirmed a member of The Church of Jesus Christ of Latter-day Saints and we celebrated Marie's birthday. Emmett and Tueller family members, neighborhood and ward friends all gathered on a very cold morning at the Spring Creek Stake Center. The short, sweet service began with neighbor Annette Dyer at the piano playing prelude music. She chose to start out by playing "I Know That My Savior Loves Me" which is not in the Children's Songbook, but is known by Primary children from the 2010 primary program. listen to the song here or here I didn't immediately recognize it, but Marie certainly did. She knew it as the song she and our three children sang to Grandpa Emmett just before he passed away. Soon Marie was in tears recognizing Annette's choice of songs as a tender mercy that Grandpa Emmett, who never missed the baptism of a grandchild, was not going to miss the baptism of his youngest grandchild. Will was baptized along with Moira, a new girl in a ward, so our families shared program participation. From our side, Sarah and cousins Carly and Camilla sang "When I am Baptized" and cousin and soon to be missionary Isaac gave a wonderful talk about the Holy Ghost. Dad then baptized and confirmed Will with the closing prayer given by Joel. Baptizing a child is one of life's great blessings. It is one of the rare, wonderful and beautiful vistas along the slow, sooty train ride of life.

Marie and I were up early for two hours of cutting fruit and vegetables for our celebratory Rainbow Platter. I started the tradition a few years ago as a fun New Year's Eve dinner. We then decided that the rainbow is a beautiful symbol of God's covenants with his children and that it is also a great symbol of the cleansing power of baptism as described in the Primary song "When I am Baptized" so we have served rainbows for both Joel and Will's baptisms.

"When I am Baptized" by Nita Dale Milner  listen here

I like to look for rainbows whenever there is rain
And ponder on the beauty of an earth made clean again.
I want my life to be as clean as earth right after rain.
I want to be the best I can and live with God again.

I know when I am baptized my wrongs are washed away;
And I can be forgiven and improve myself each day.
I want my life to be as clean as earth right after rain.
I want to be the best I can and live with God again.

In addition to the many fruits, vegetables and jello in the platters, we also enjoyed hoagie sandwiches and chips with root beer floats (Will's favorite) and lemon cake (for Marie's birthday) for desert. 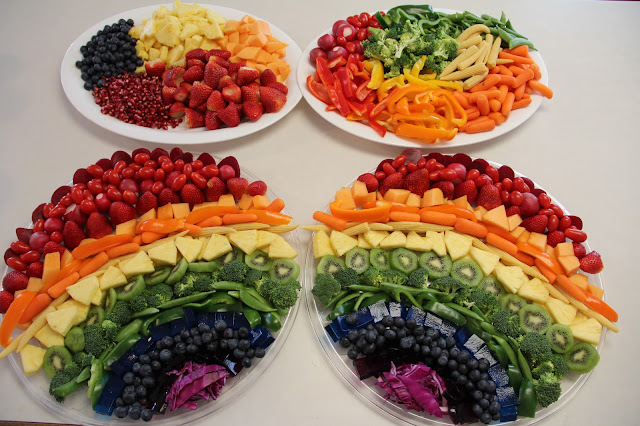 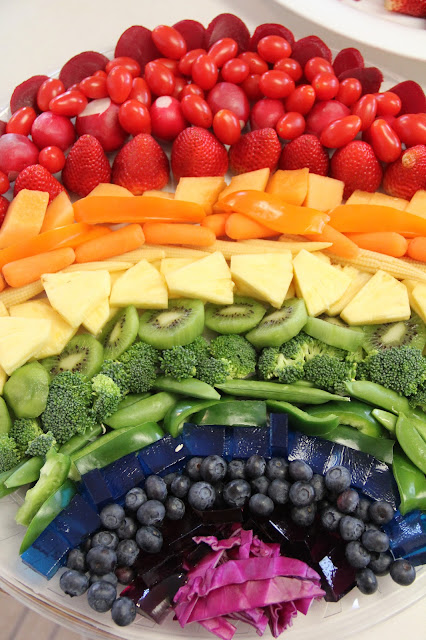 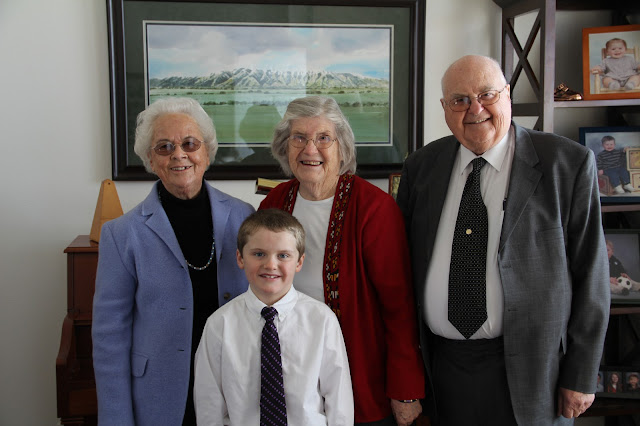 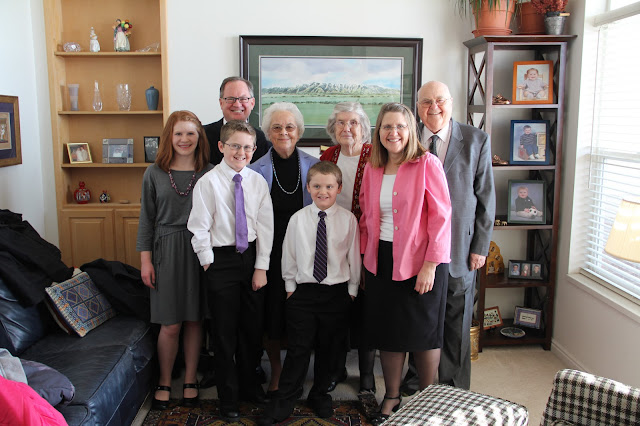 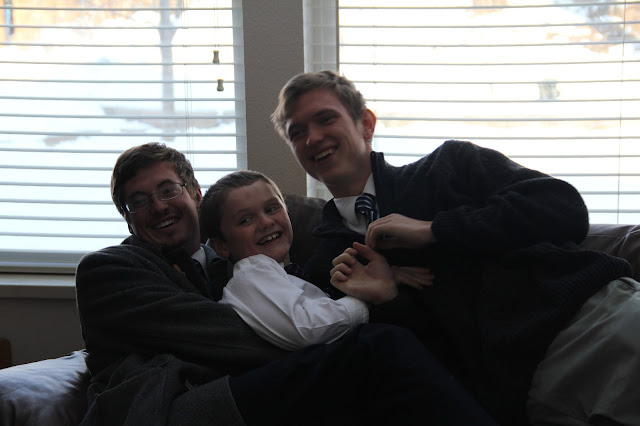 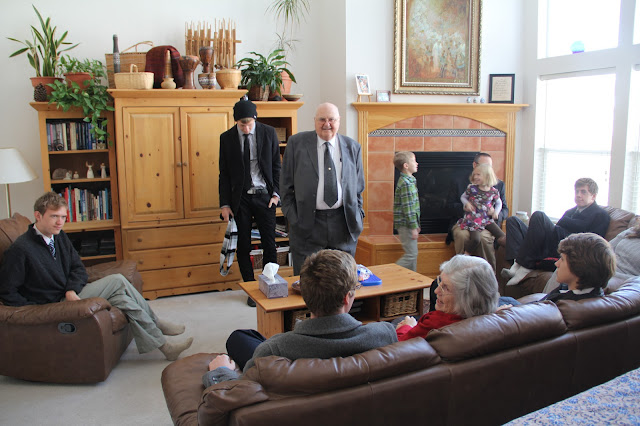 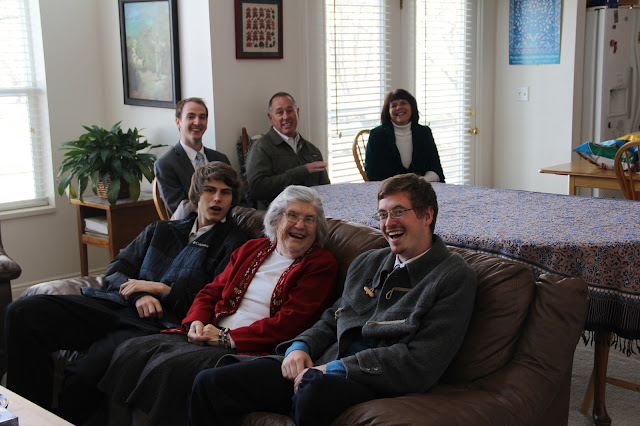 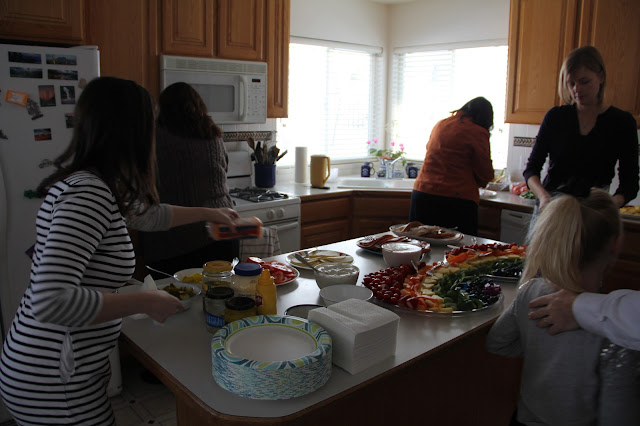 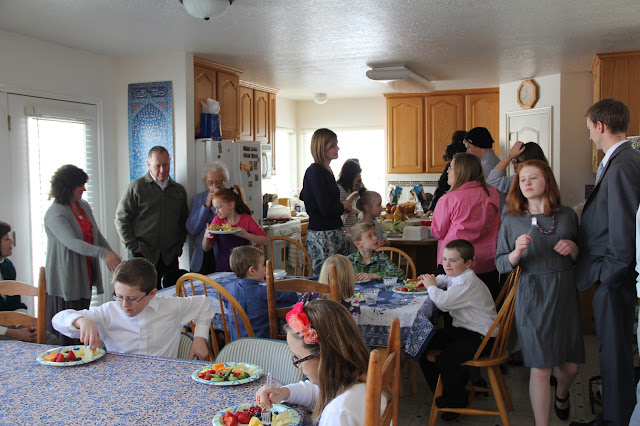 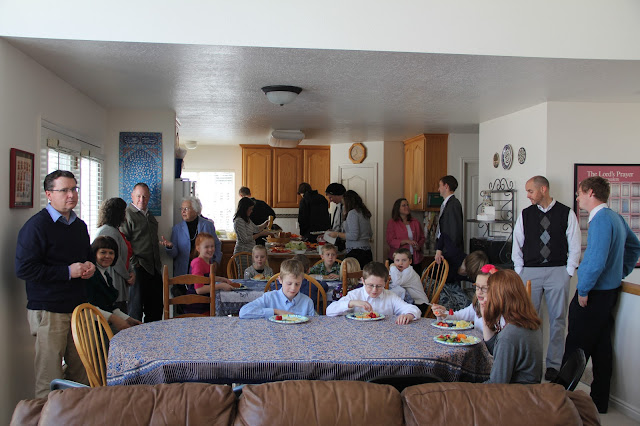 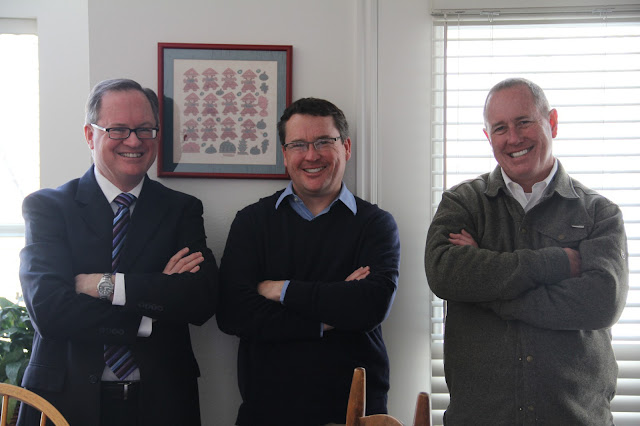 Will received lovely gifts (CTR-Choose the Right soccer ball tie tack, CTR gum, tie, scripture illustrations, Amazon gift card, etc). Most memorable was the traditional gift of scriptures from his Grandma Emmett--something his Emmett grandparents gave to every grandchild on their baptismal day. This set was different from all of the others. In his final year, dad misplaced his scriptures at church and somehow they ended up stashed in the home of an elderly sister for over six months. In the meantime Dad bought a new "Quad" to use. He did not have his name monogrammed on the front but he did inscribe his classic MD signature on the first page (John W Emmett--middle name William from whence Will get's his name). 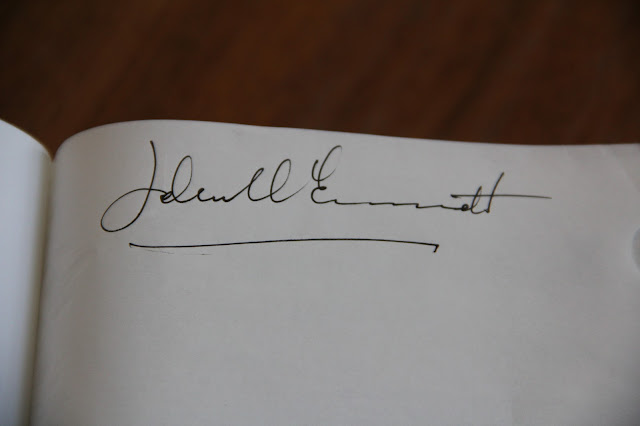 The scriptures were hardly used. Grandma Emmett had WILL EMMETT inscribed on the front cover, placed it in in a soccer scripture case (Will had admired the case at Deseret Book while Christmas shopping), included a note and wrapped it up for Will. Will knew it was coming and had even wondered why he didn't get the scriptures for his birthday. 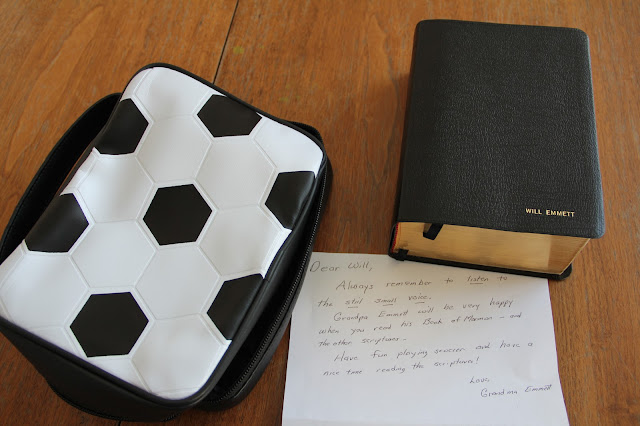 Later that evening Will had me find a red pencil to place inside his case for marking favorite scriptures. Then after reading to him at bedtime, Will pulled out his new scriptures to "read". He mainly busied himself using the tabs to open up to different books, and then figuring out that the bookmark ribbons "certainly" showed where grandpa Emmett had last read (Moses chapter 1). Still later that night as I checked on all three children I told Joel and Sarah (still up late reading) that my mention of them as good examples in the confirmation prayer was true. I had blessed Will that he would follow the good example of his older sister and brother. Both Joel and Sarah are very regular readers of the scriptures every night. I then went to tuck in a sleeping Will. It had been a great day. Willful Will was sweet and responsive and obedient all day long. There were no defiant "no"s to his parents, there were no delays at bedtime, there was no play turned to fighting with Joel. And then there on the floor next to his mattress were his new scriptures and soccer scripture case, nothing else. Normally his bedside floor is covered with a pile of books he has read before going to bed, but for today the scriptures were his only pre-go-to-sleep read. Happy day, a bonus beautiful vista. I think we should keep him. 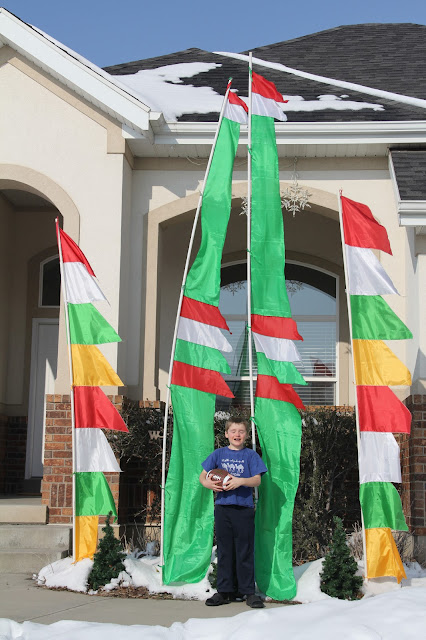 The other highlight of the day was celebrating Marie's birthday with a matinee of the movie Les Miserables. We both loved it. What a wonderful story of love, redemption and mercy.

Today at church (we were up, happily ready (!) and in our seats five minutes before the new 9:00 AM start--Will sat up on the stand where he and Moira were presented as the two newest members of our congregation) Will kept busy fiddling with his new scriptures and case and during the sacrament he proudly announced to me that now he had something to do during the sacrament since I require that he not play with with his Lego figures or draw in his notebook during the sacrament--scripture reading/looking/exploring is OK.